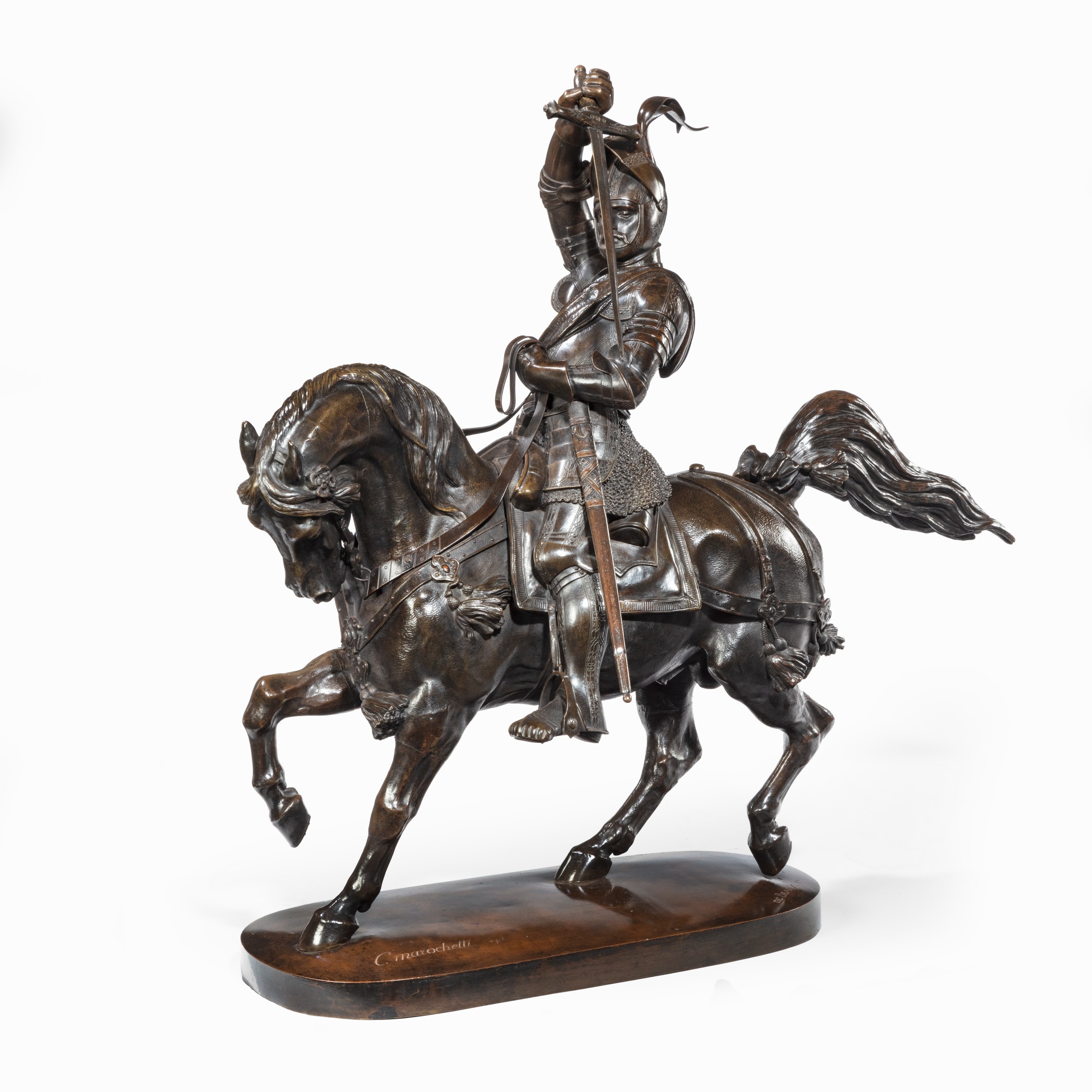 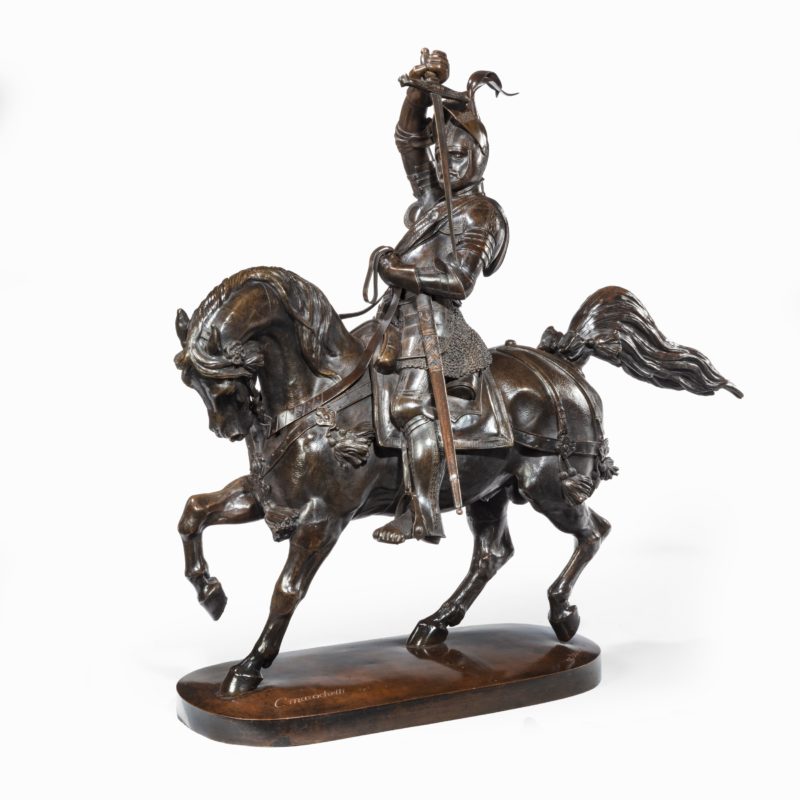 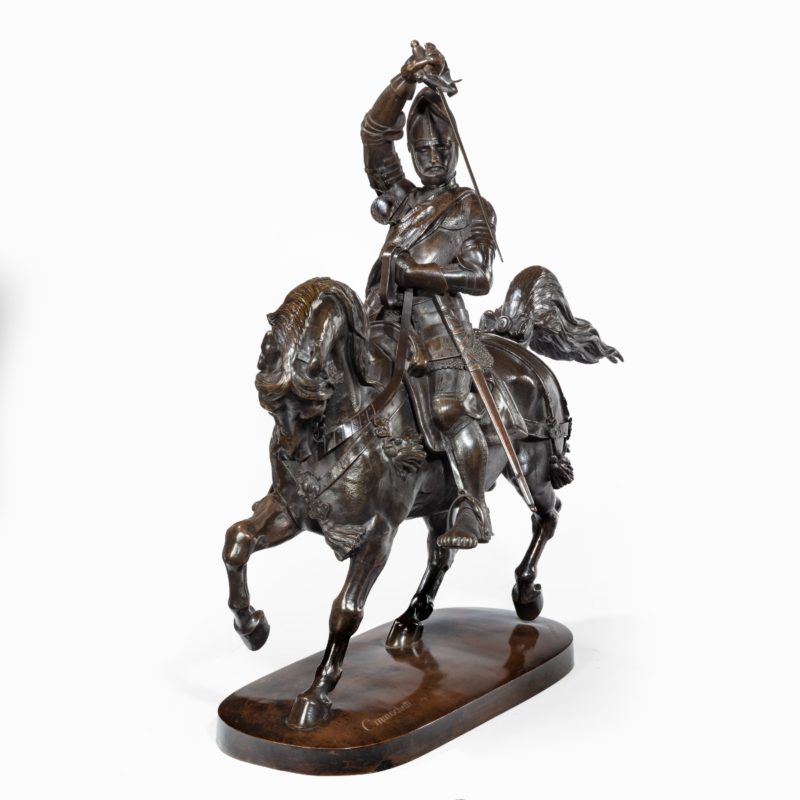 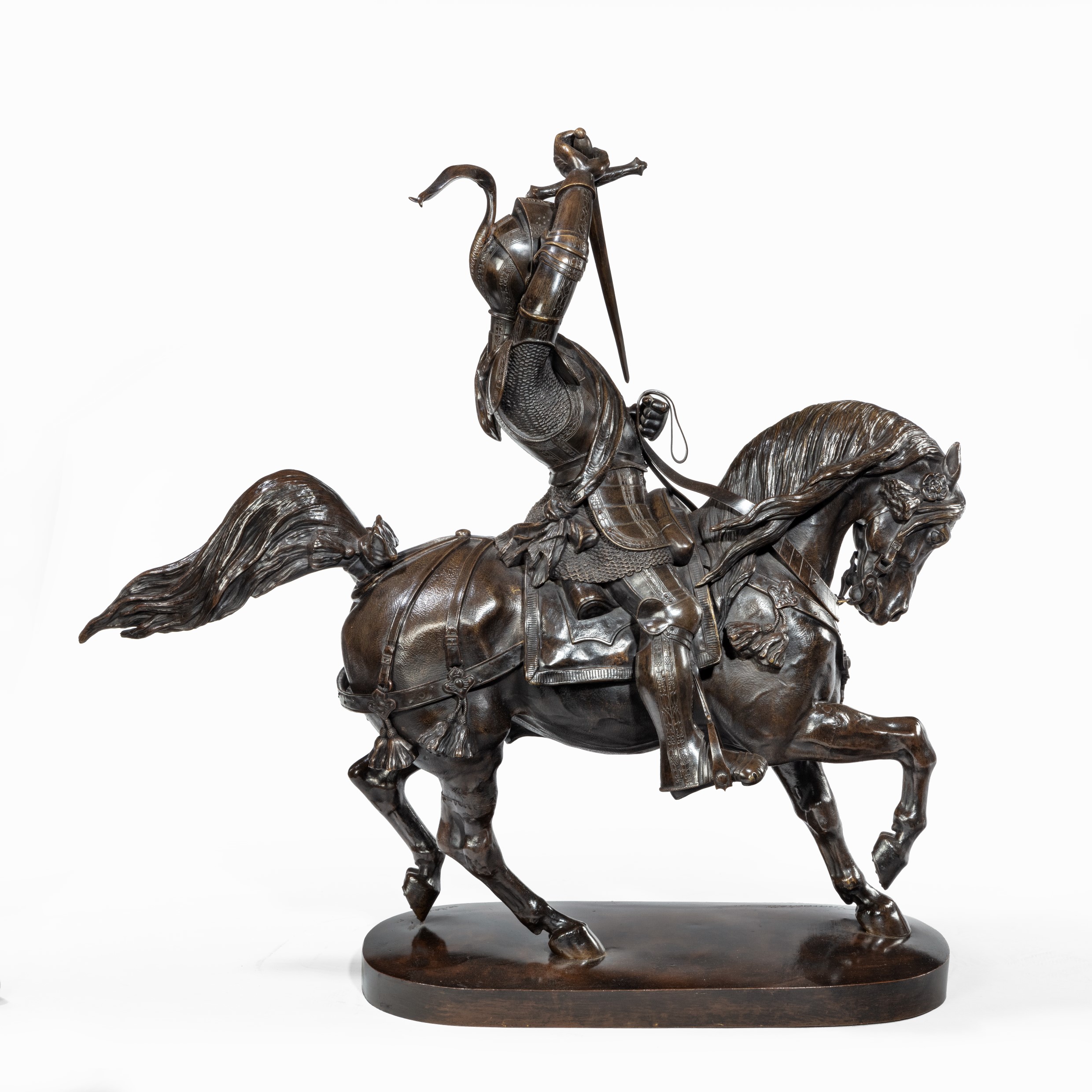 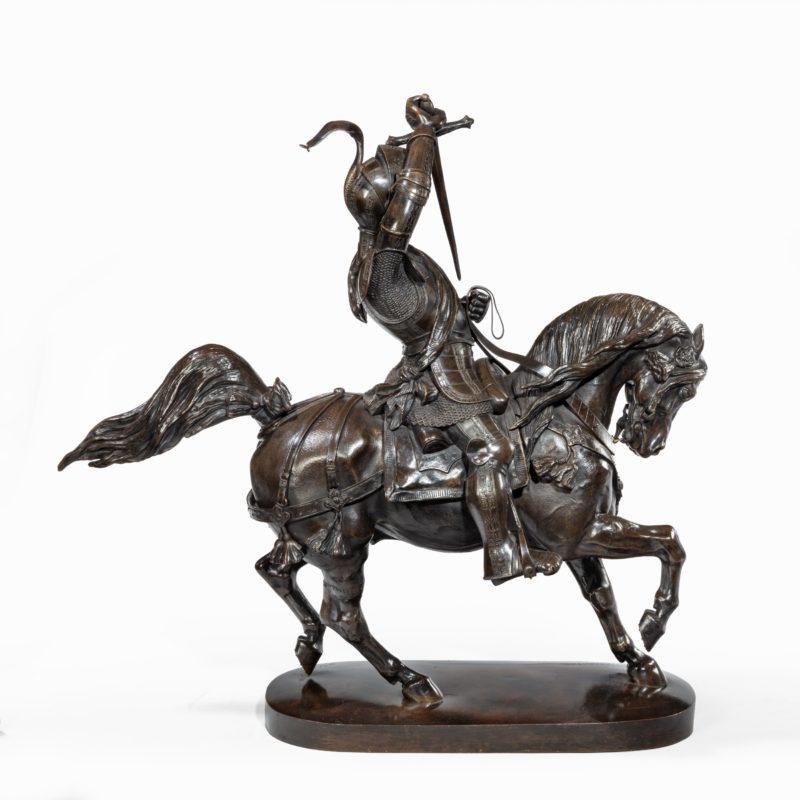 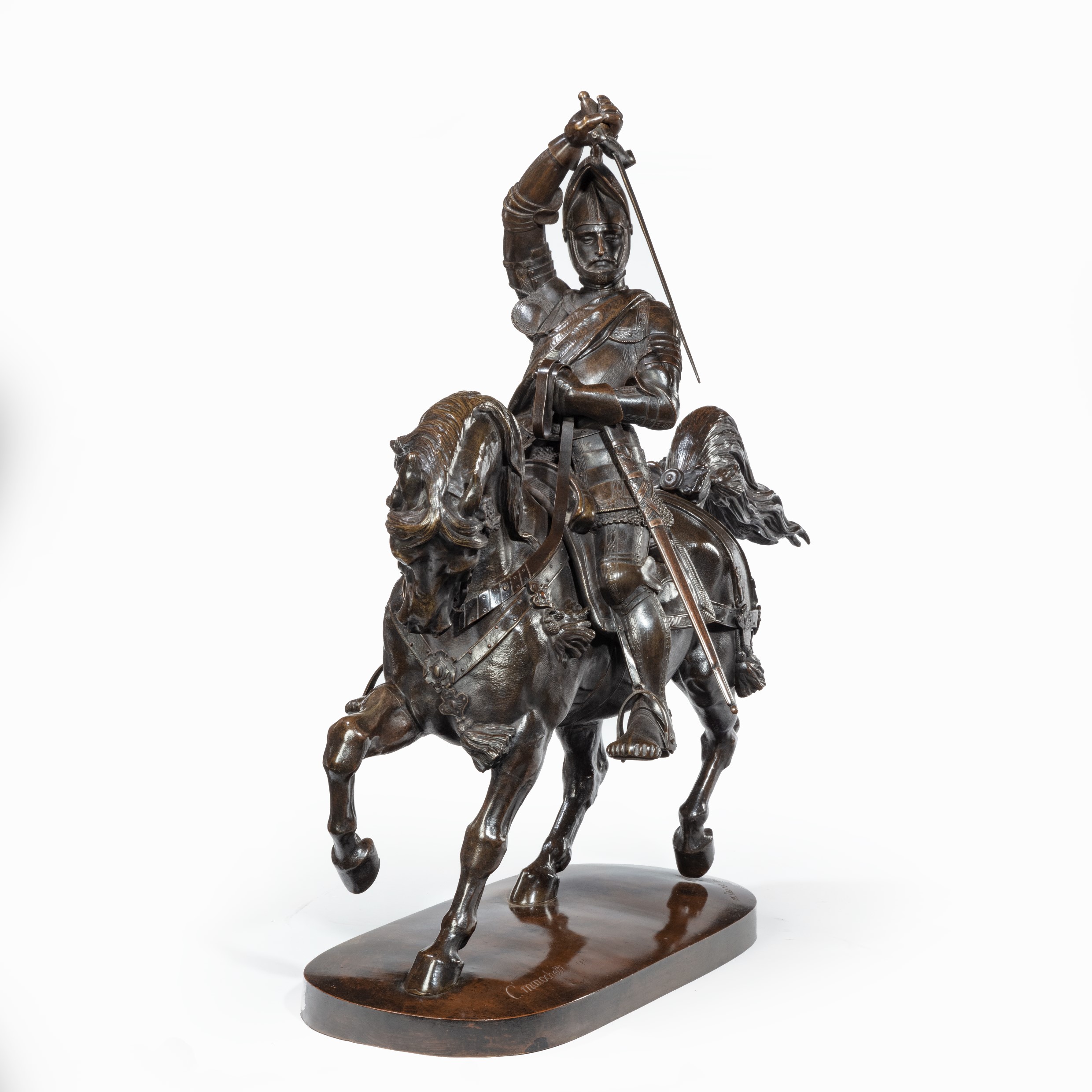 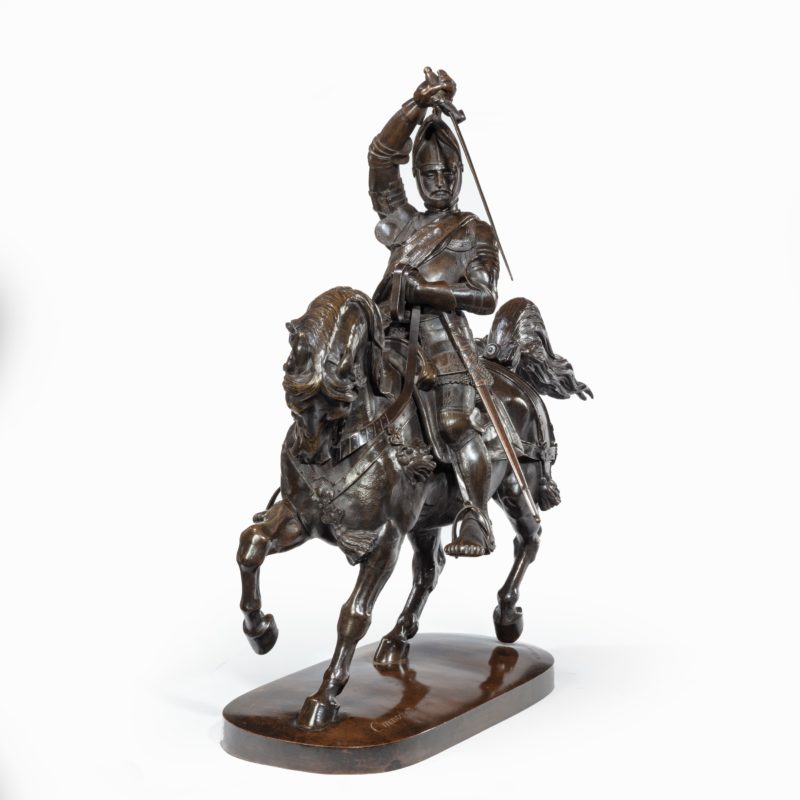 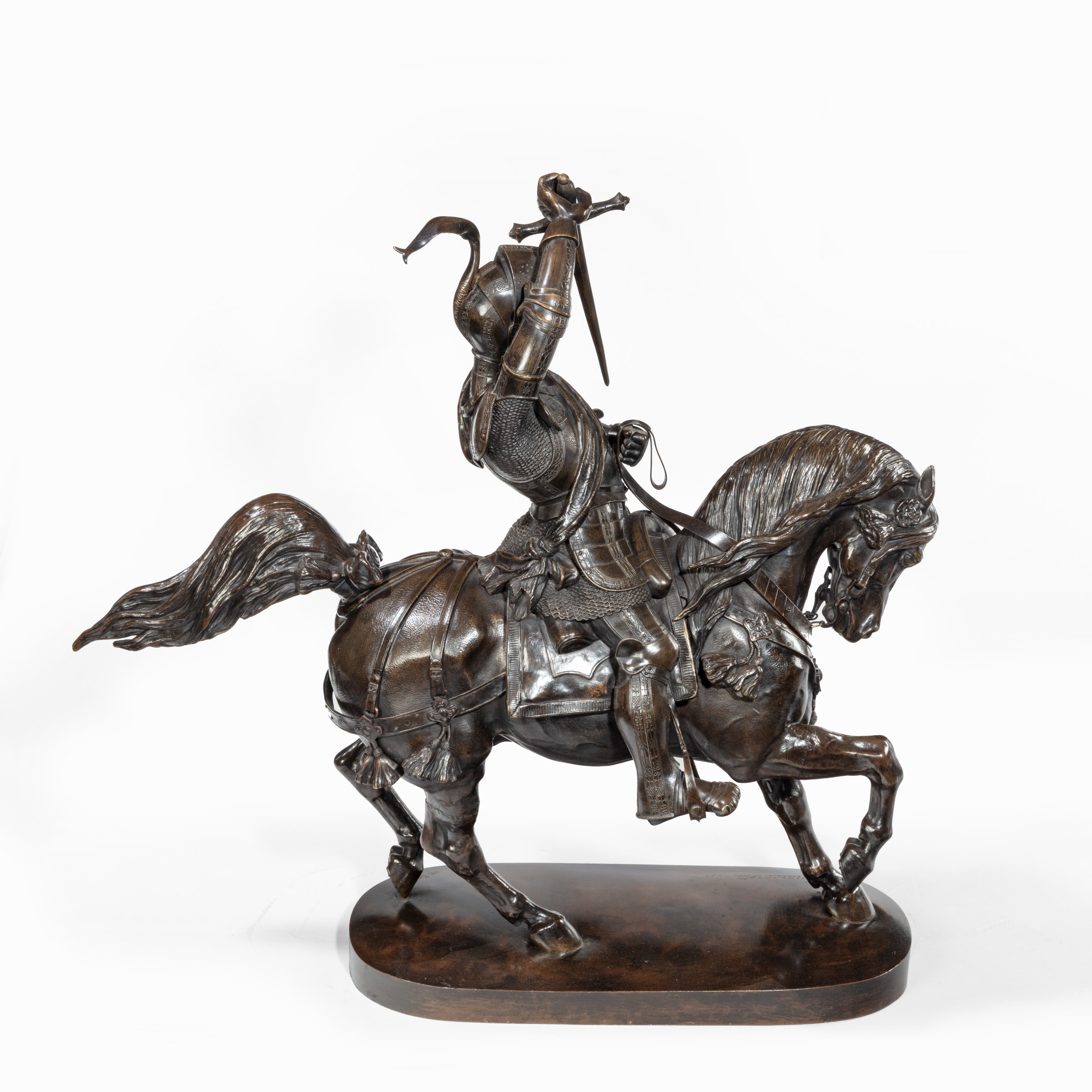 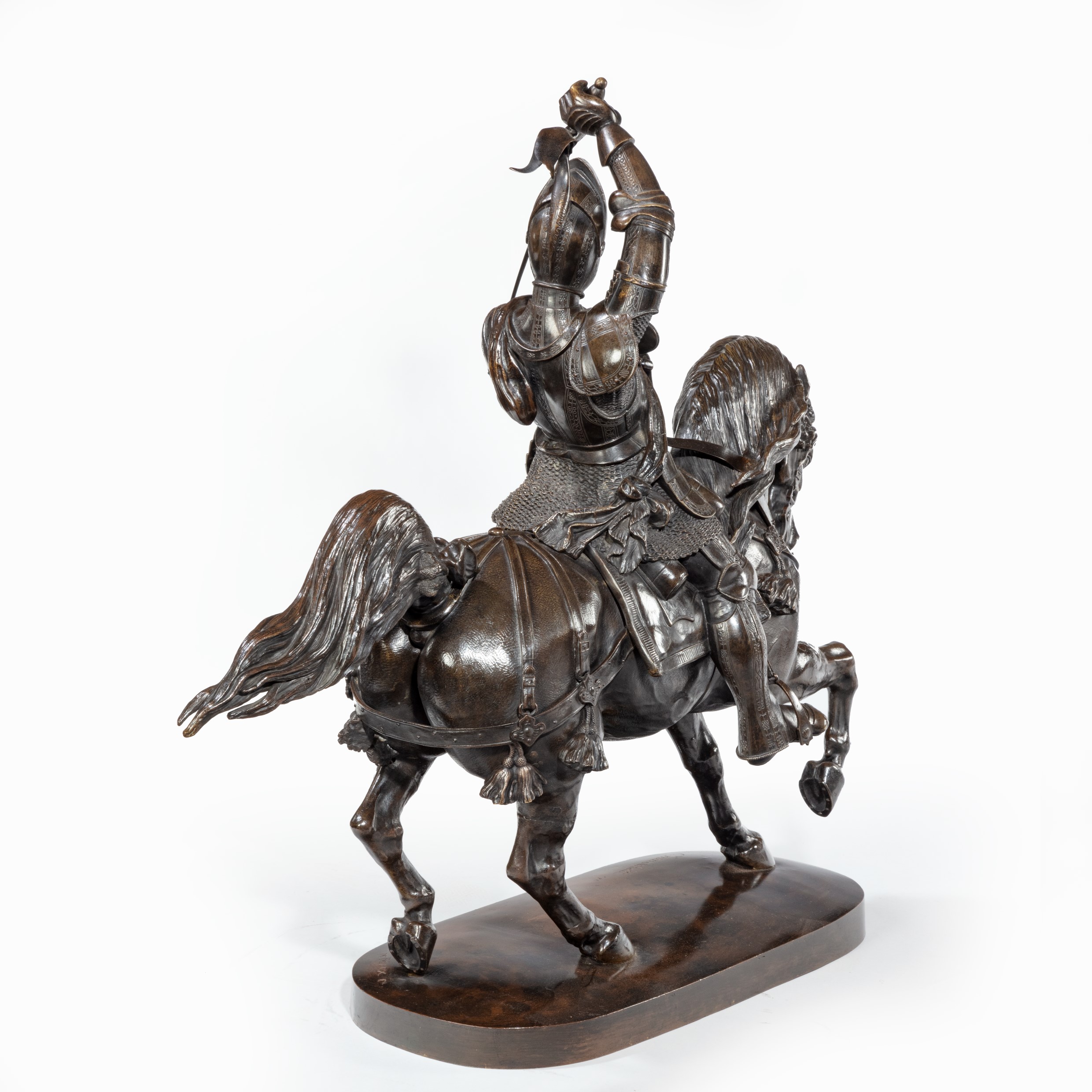 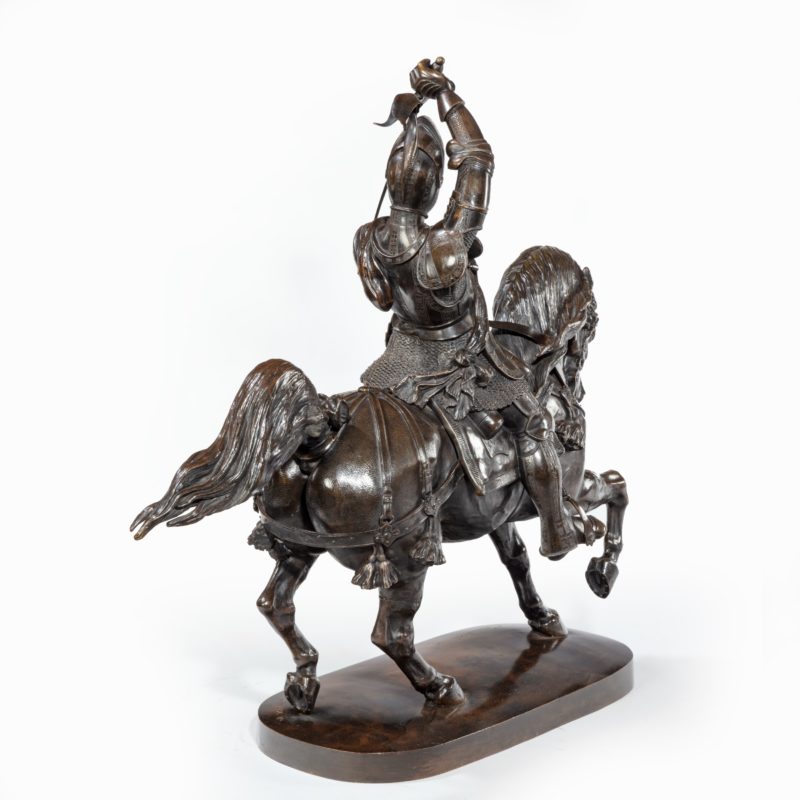 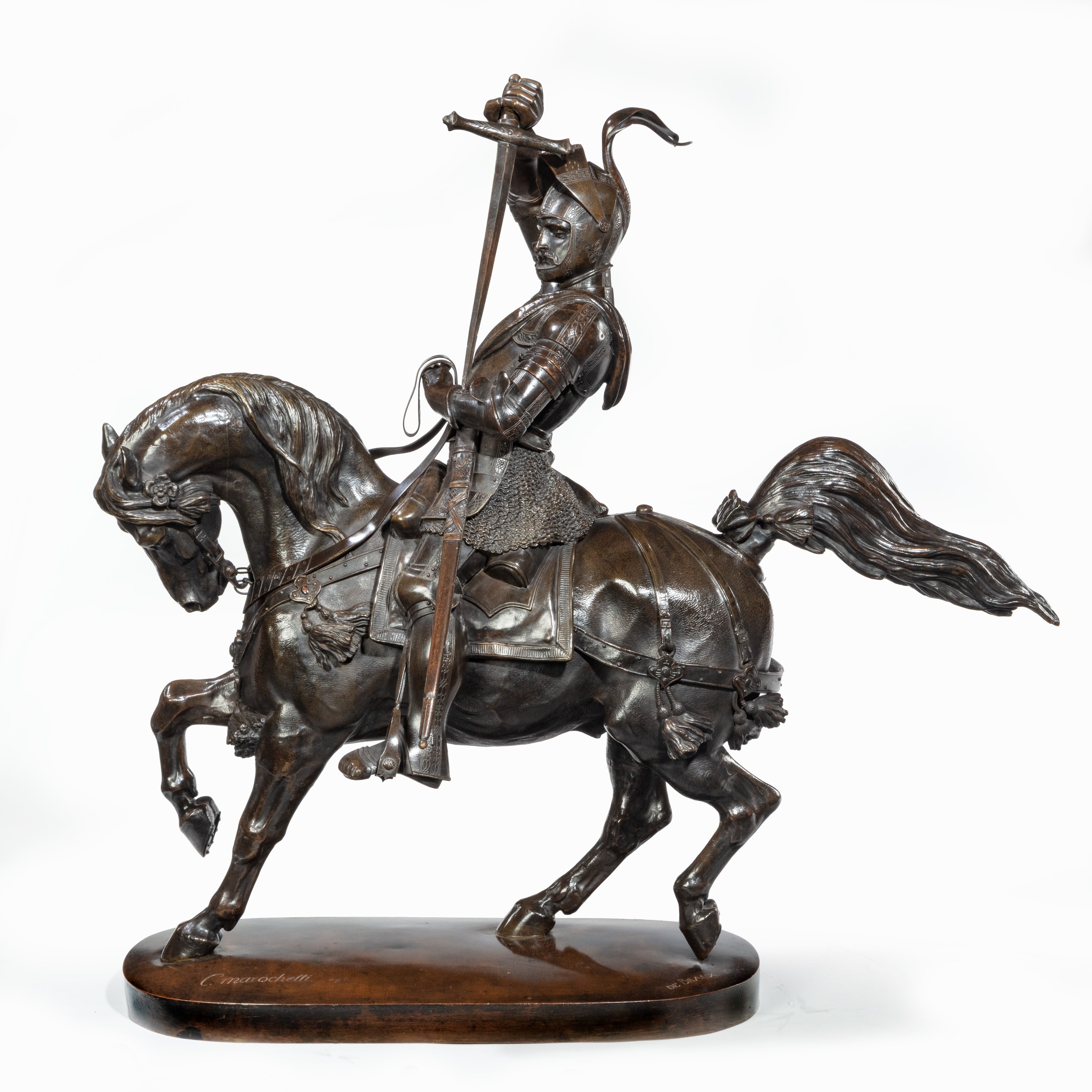 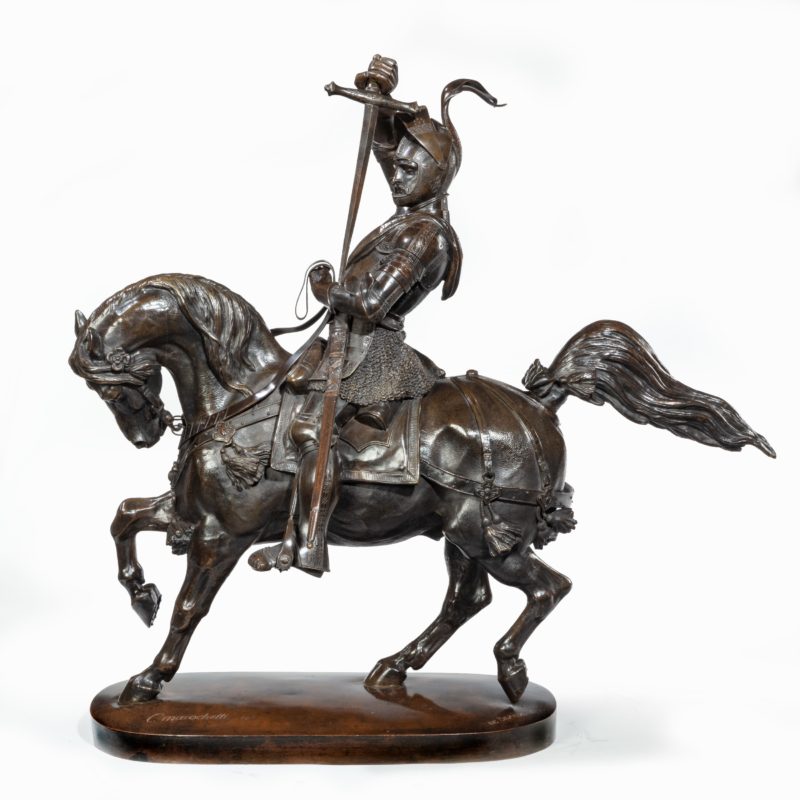 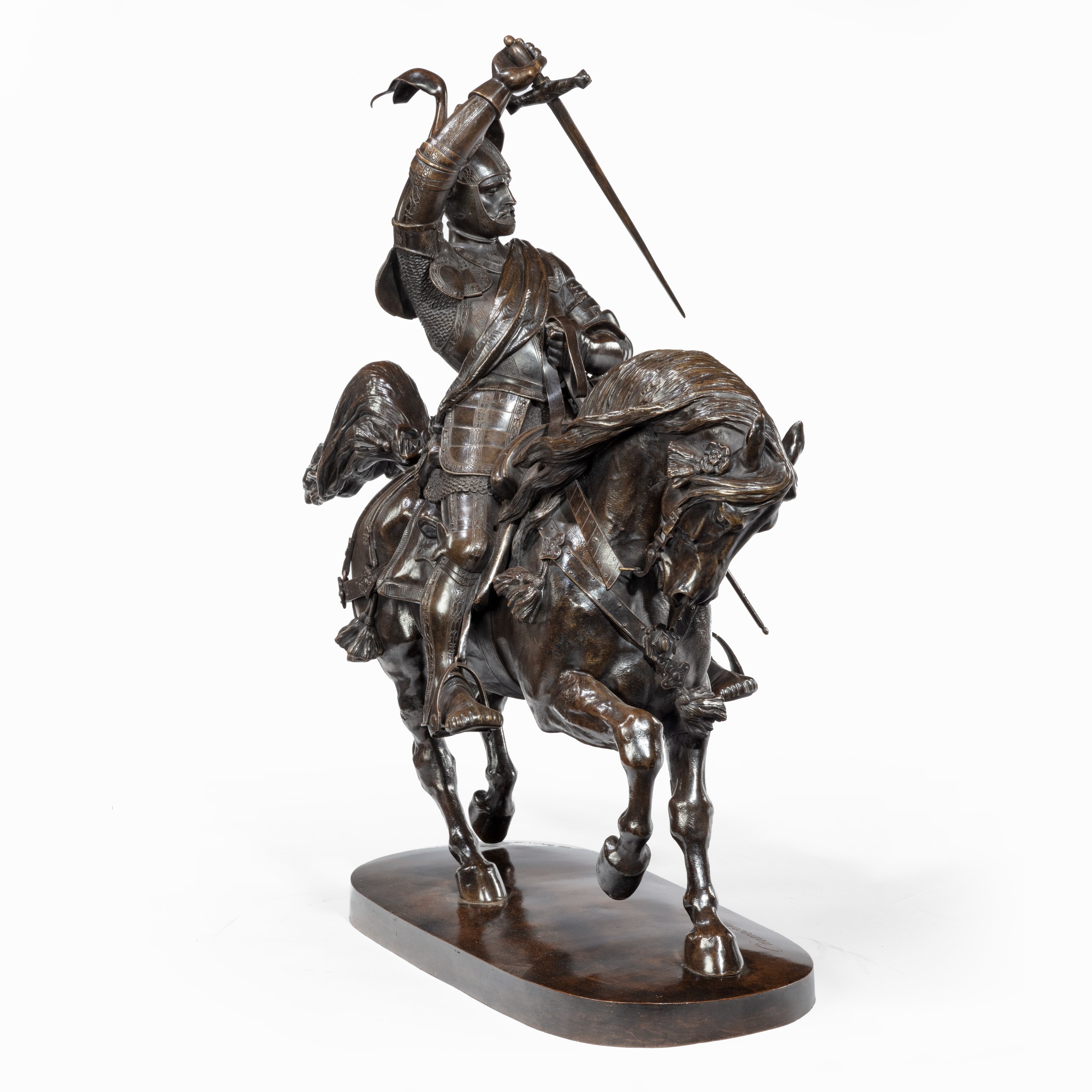 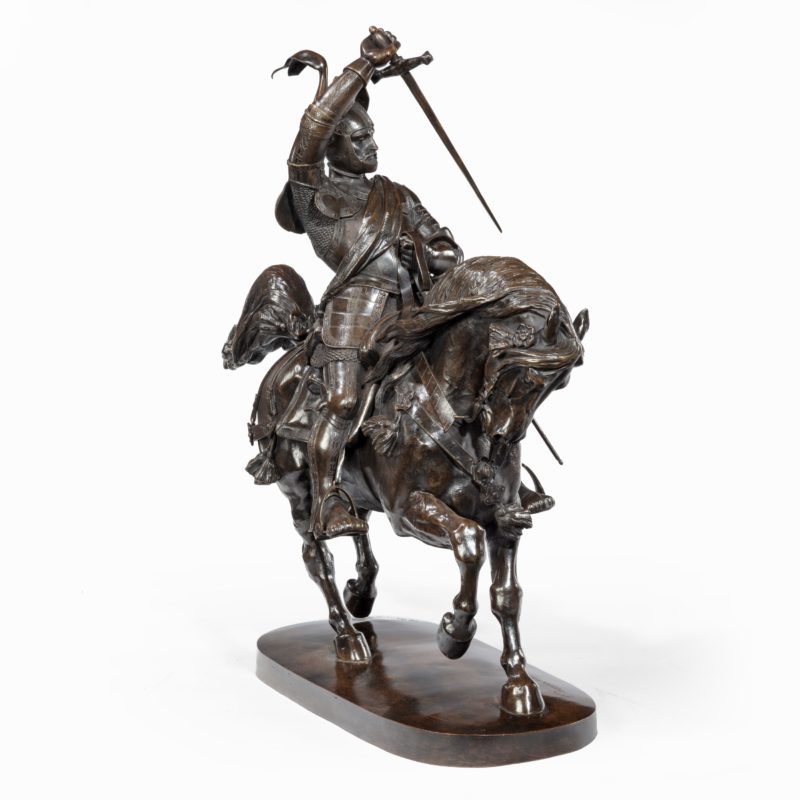 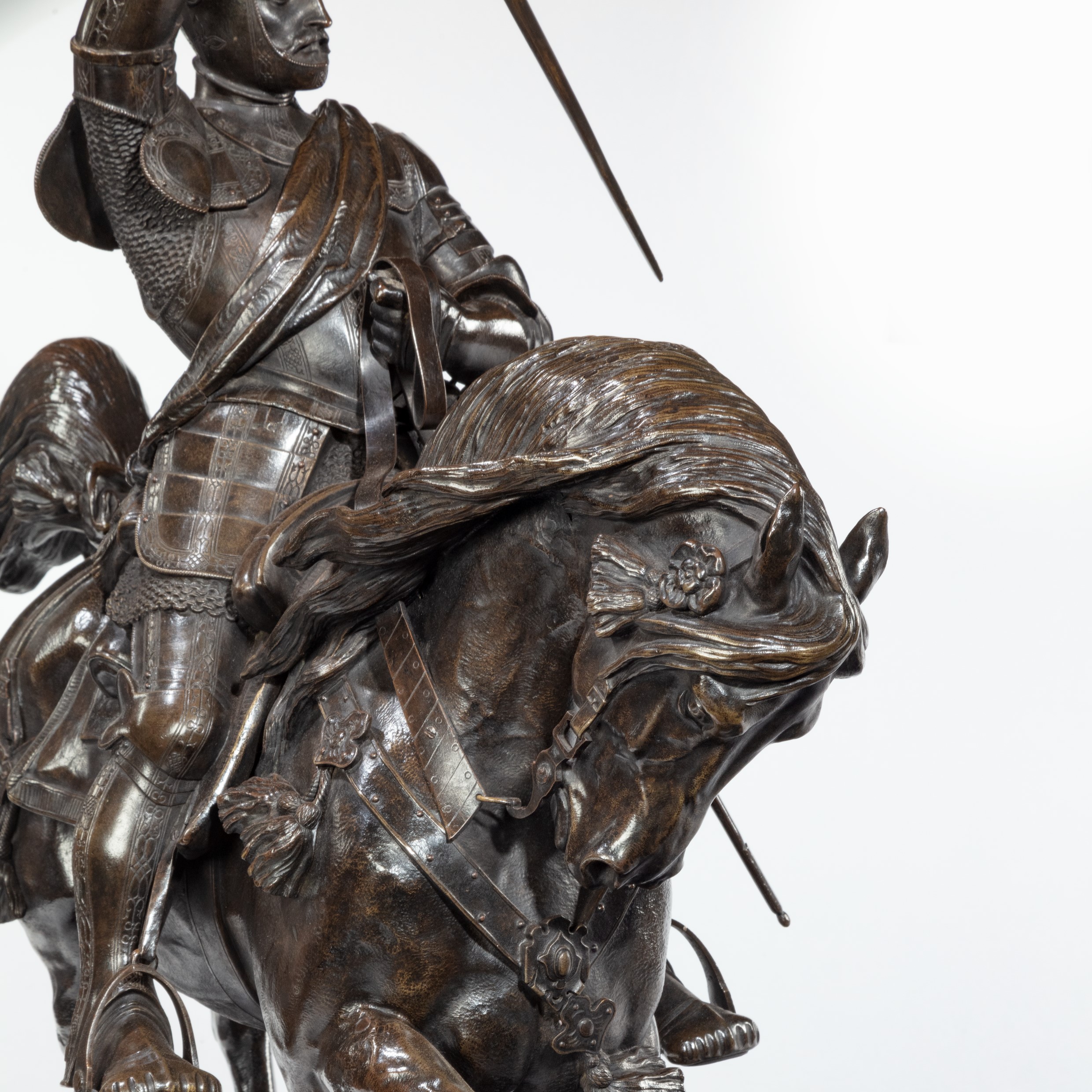 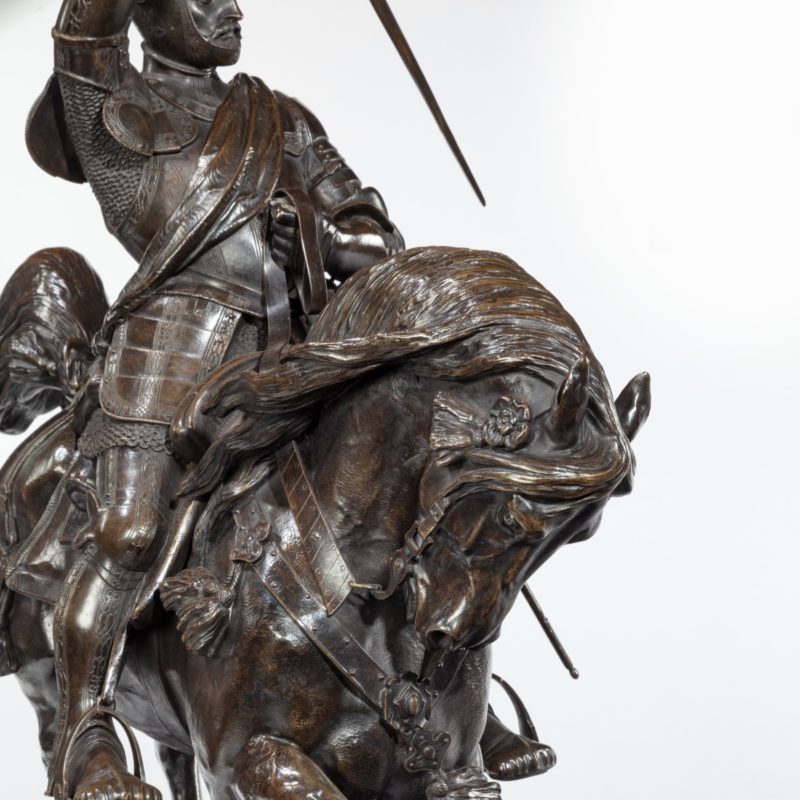 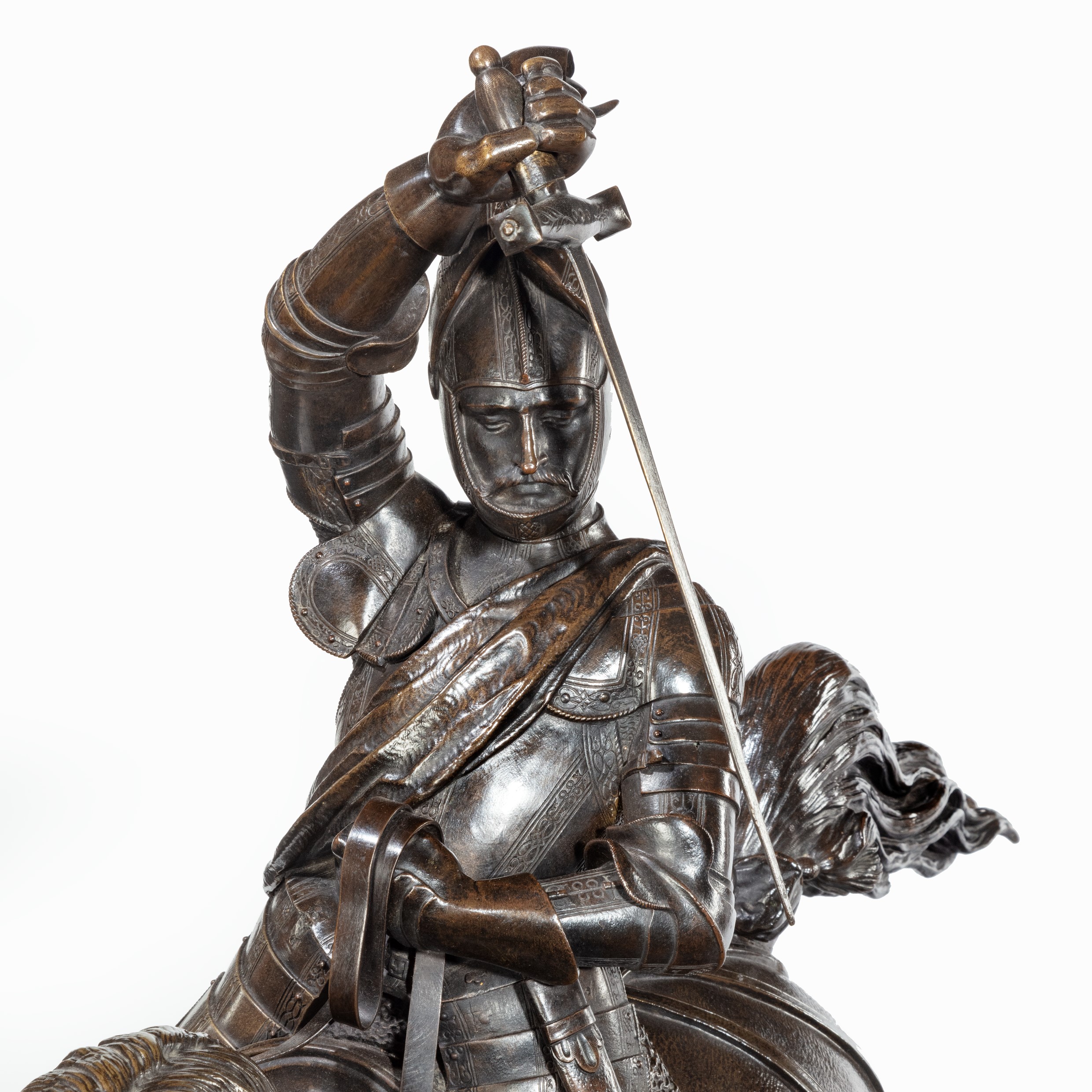 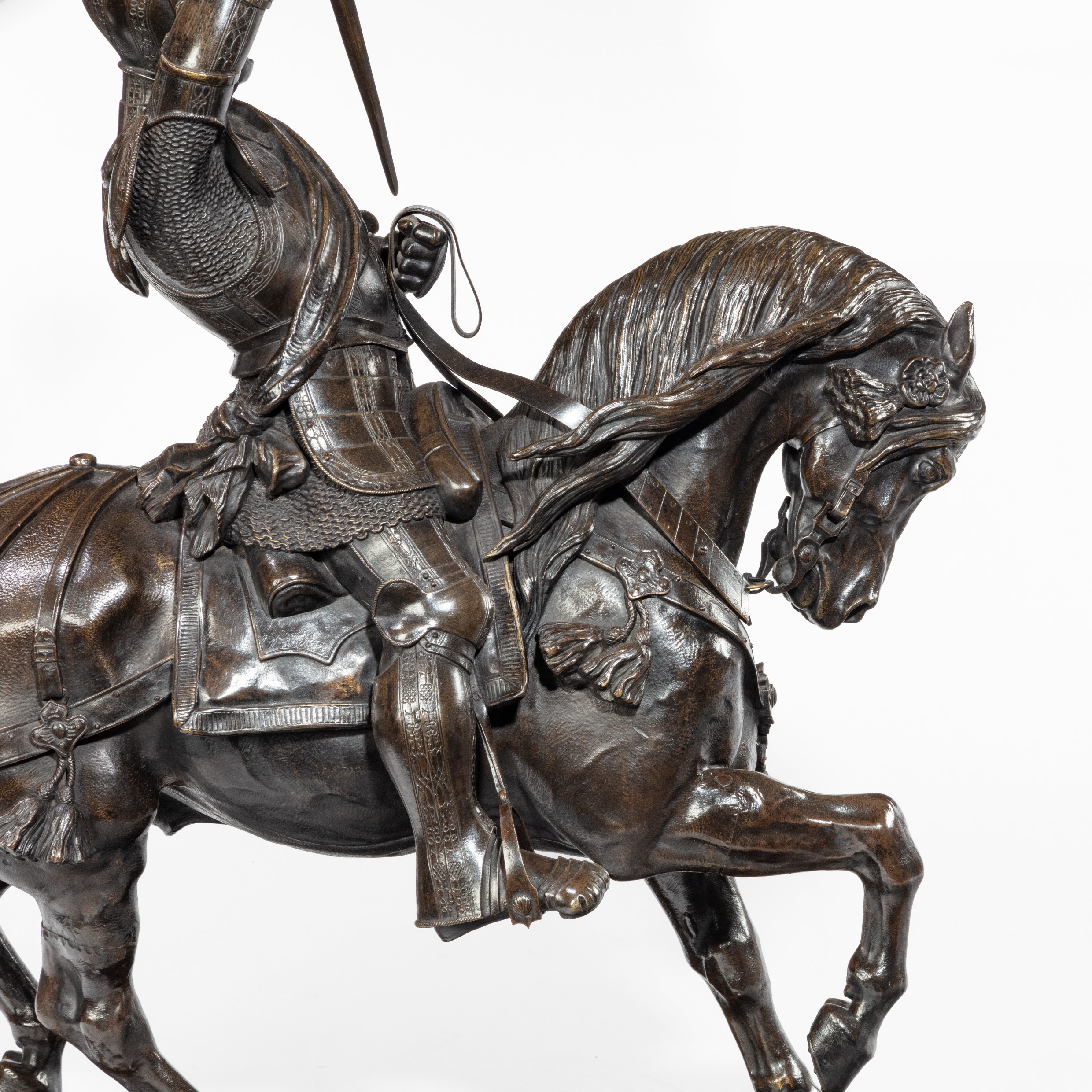 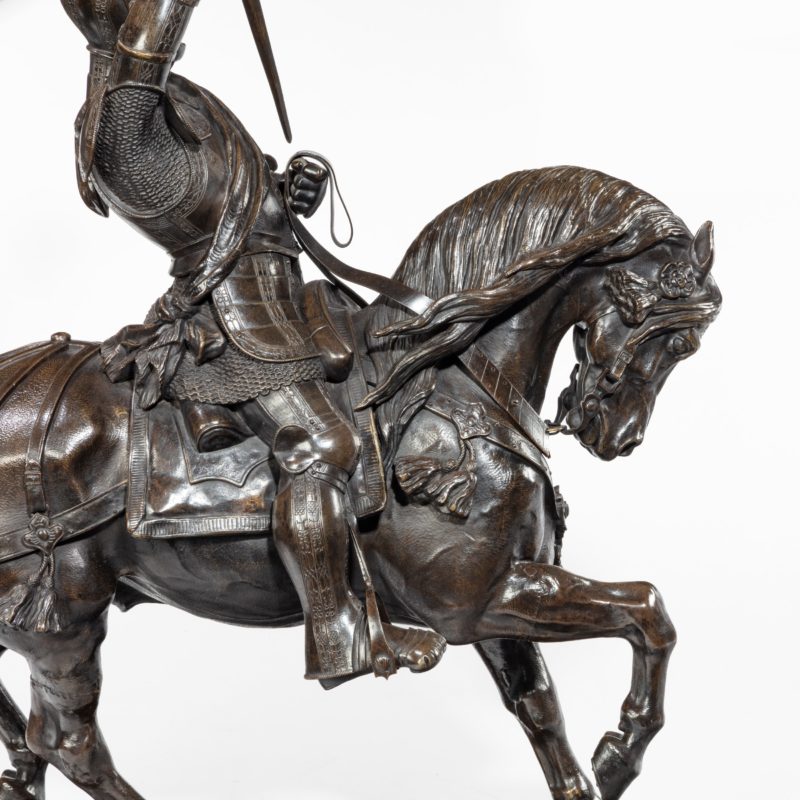 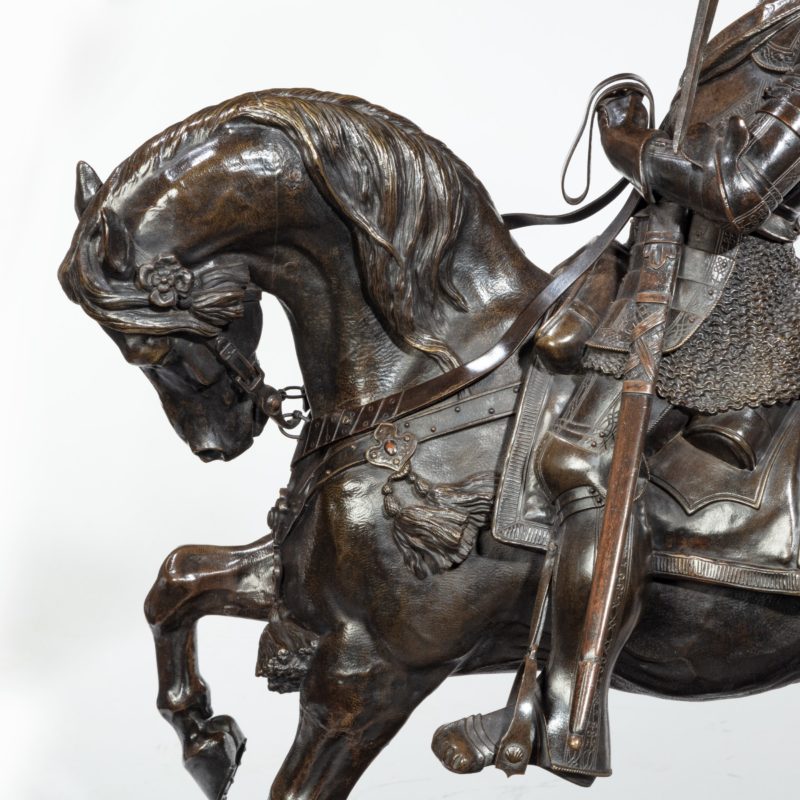 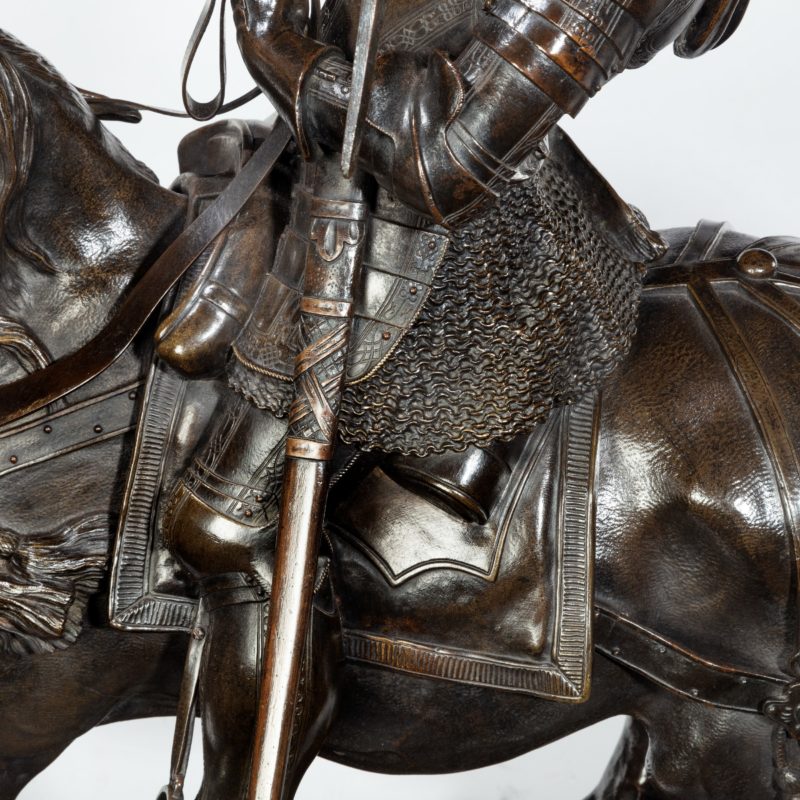 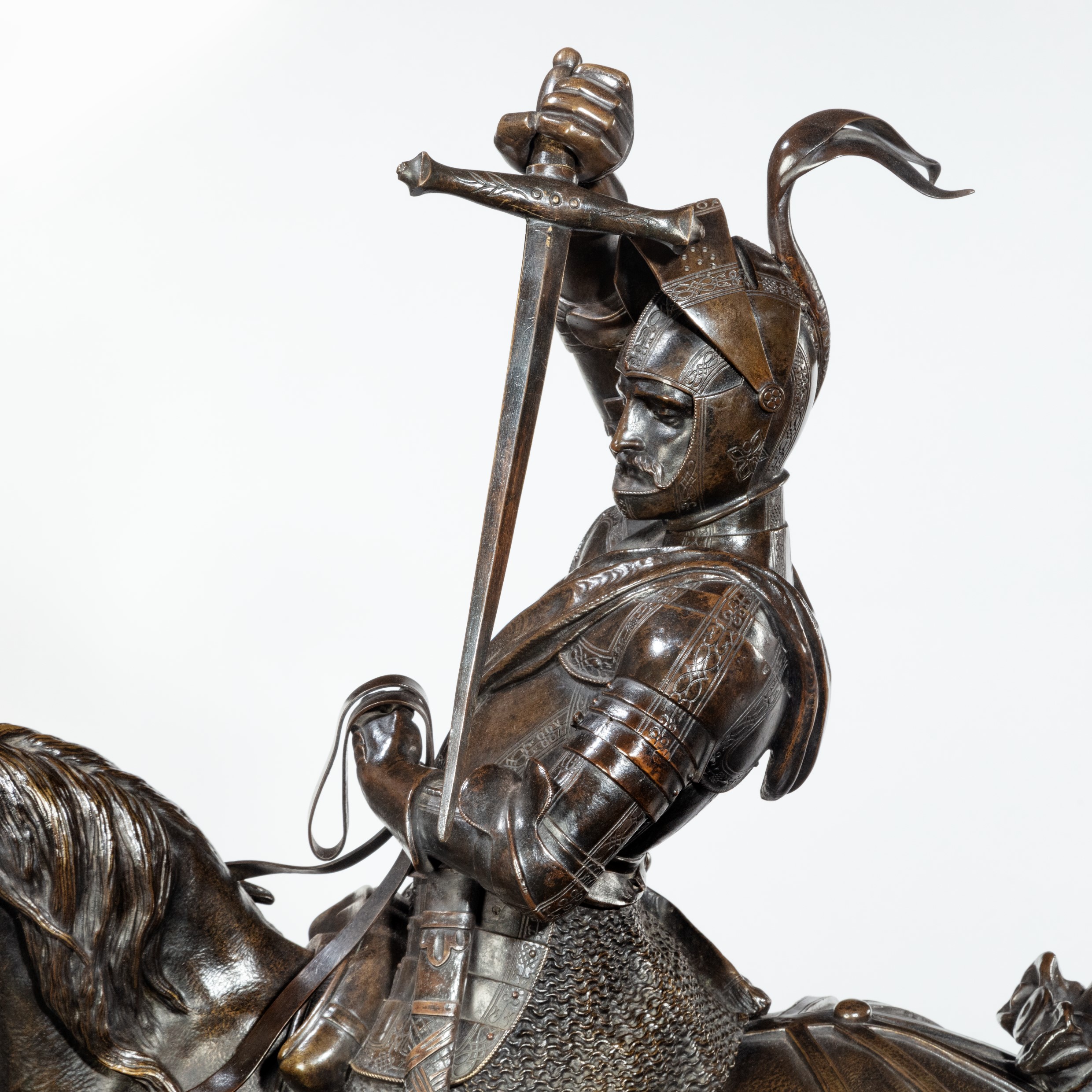 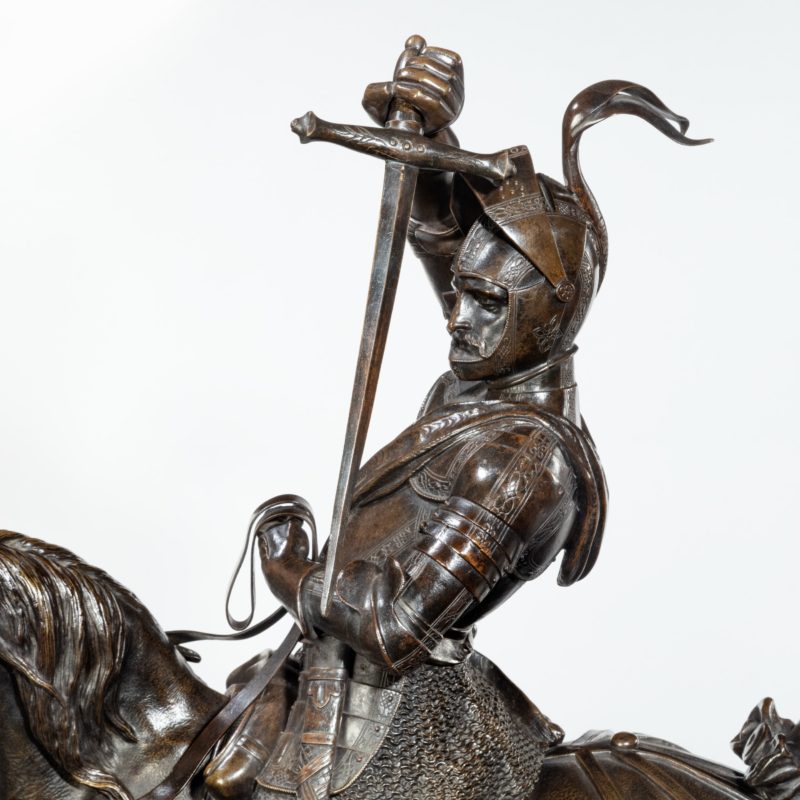 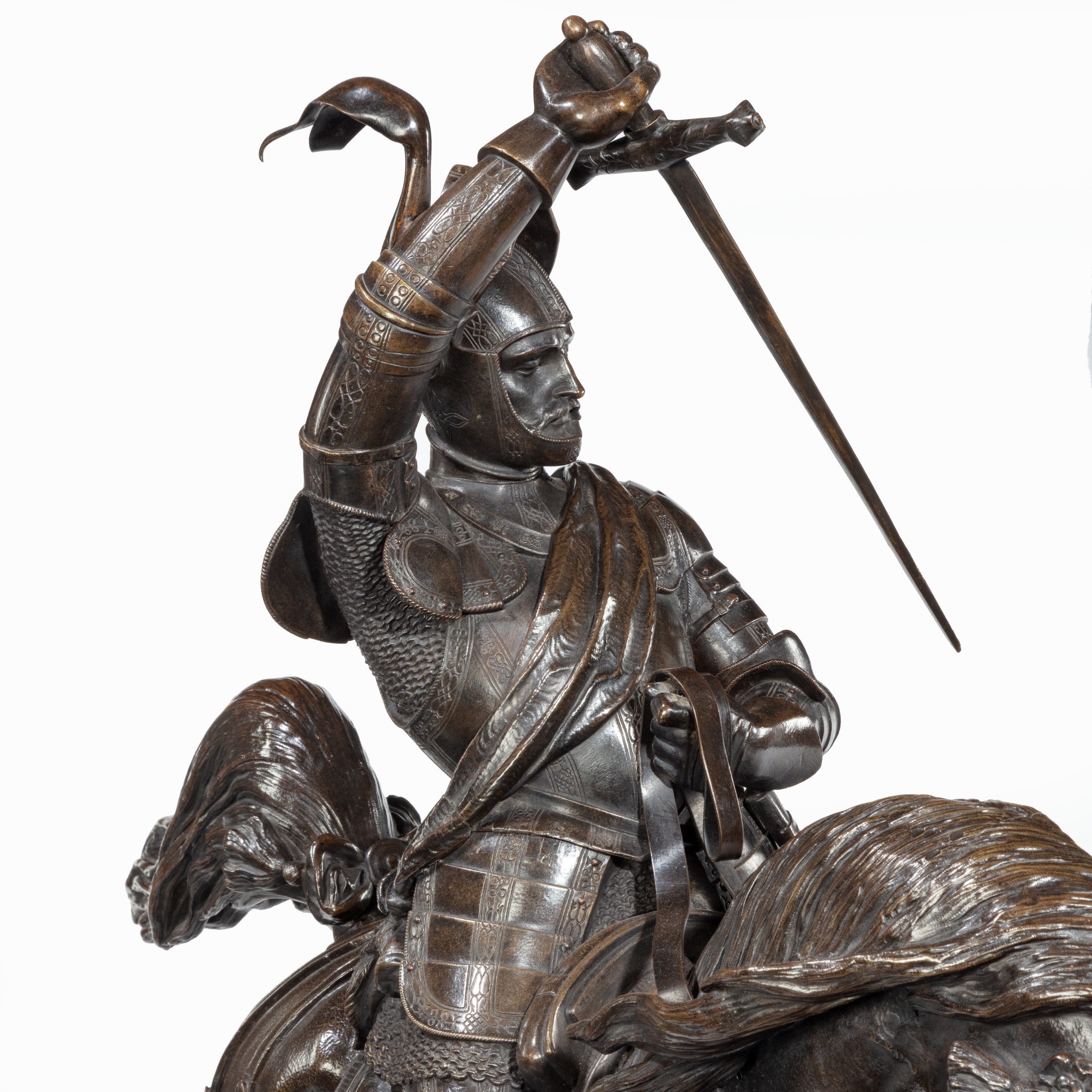 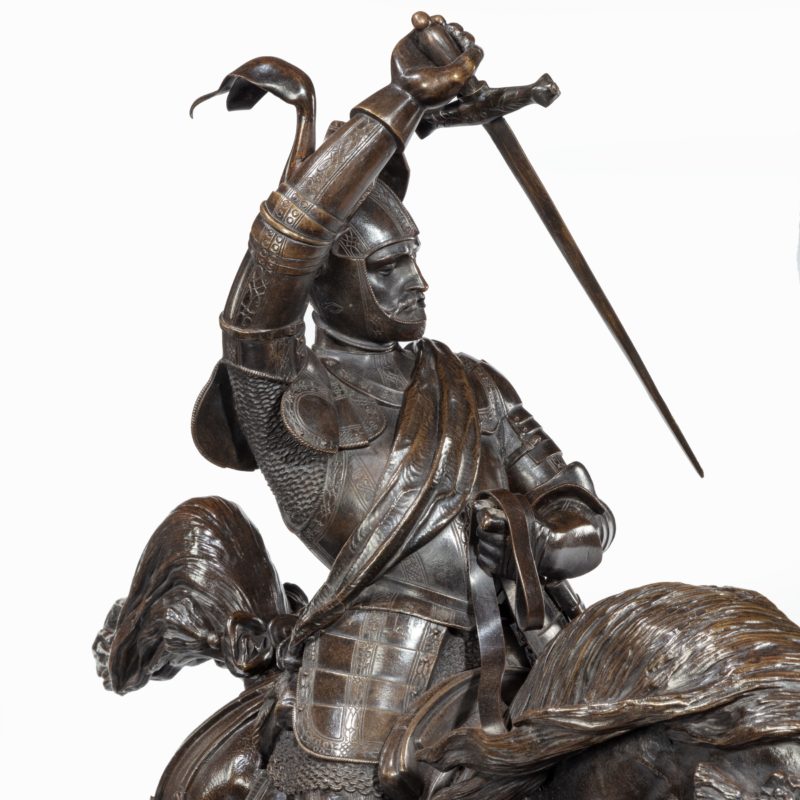 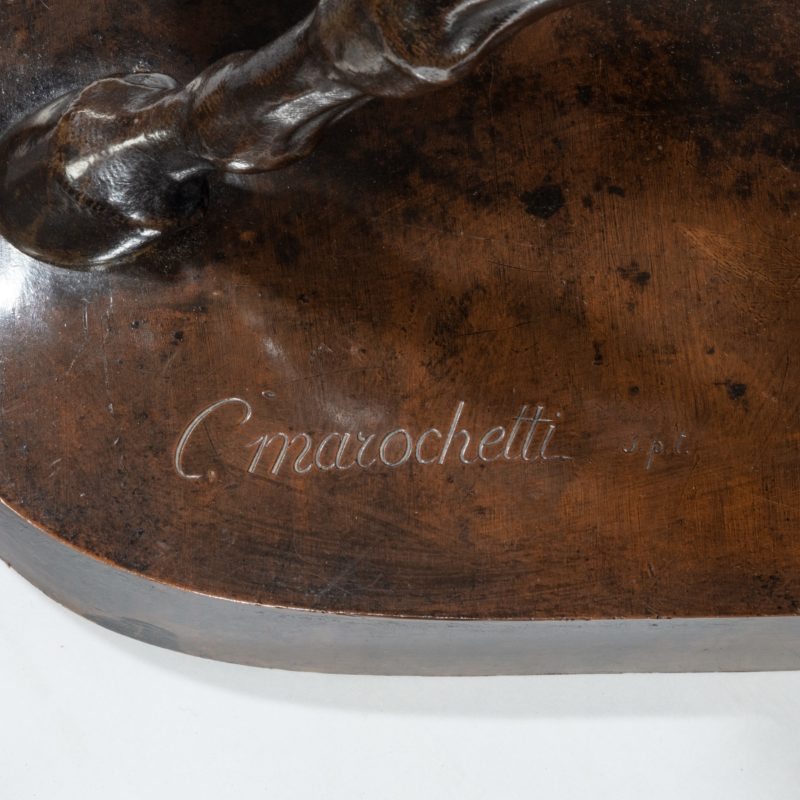 An Italian bronze equestrian sculpture of Emanuele Filiberto, Duke of Savoia, by Baron Carlo Marochetti, the duke wearing full armour with the visor of his helmet up and drawing his sword in front of his face, riding a prancing horse, the base signed ‘C. Marochetti S.P.T.’ and with the foundry stamp ‘De Braux F.R.’ for De Braux d’Anglure.

This sculpture is a reduction of the original equestrian monument, sculpted by Baron Carlo Marochetti, erected in 1838 for the Piazza San Carlo, Turin.  It was a gift to the city of Turin and in recognition of this, Marochetti was made a Baron of the Kingdom of Sardinia by Carlo Alberto, King of Sardinia, (1798-1849).

Emanuele Filiberto, 10th Duke of Savoia, (1528-1580) was a soldier and statesman considered one of the greatest Savoyard monarchs. He won a famous victory in 1557 when he led the Spanish invasion of France at St. Quentin. After the Peace of Cateau-Cambrésis in 1559 he was able to regain his duchy and territory from both the French and Spanish, including Turin which became the seat of Savoia power.

Baron Carlo Marochetti, (1805-1867) was a sculptor born in Turin. He was a student of François-Joseph Bosio and studied in both Paris and Rome. Some of his most famous works include the marble relief of the Battle of Jemappes on the Arc de Triomphe and his equestrian model of Richard Coeur de Lion, exhibited at the entrance of the Crystal Palace in 1851 and in 1860 produced in bronze for the forecourt of the Palace of Westminster.