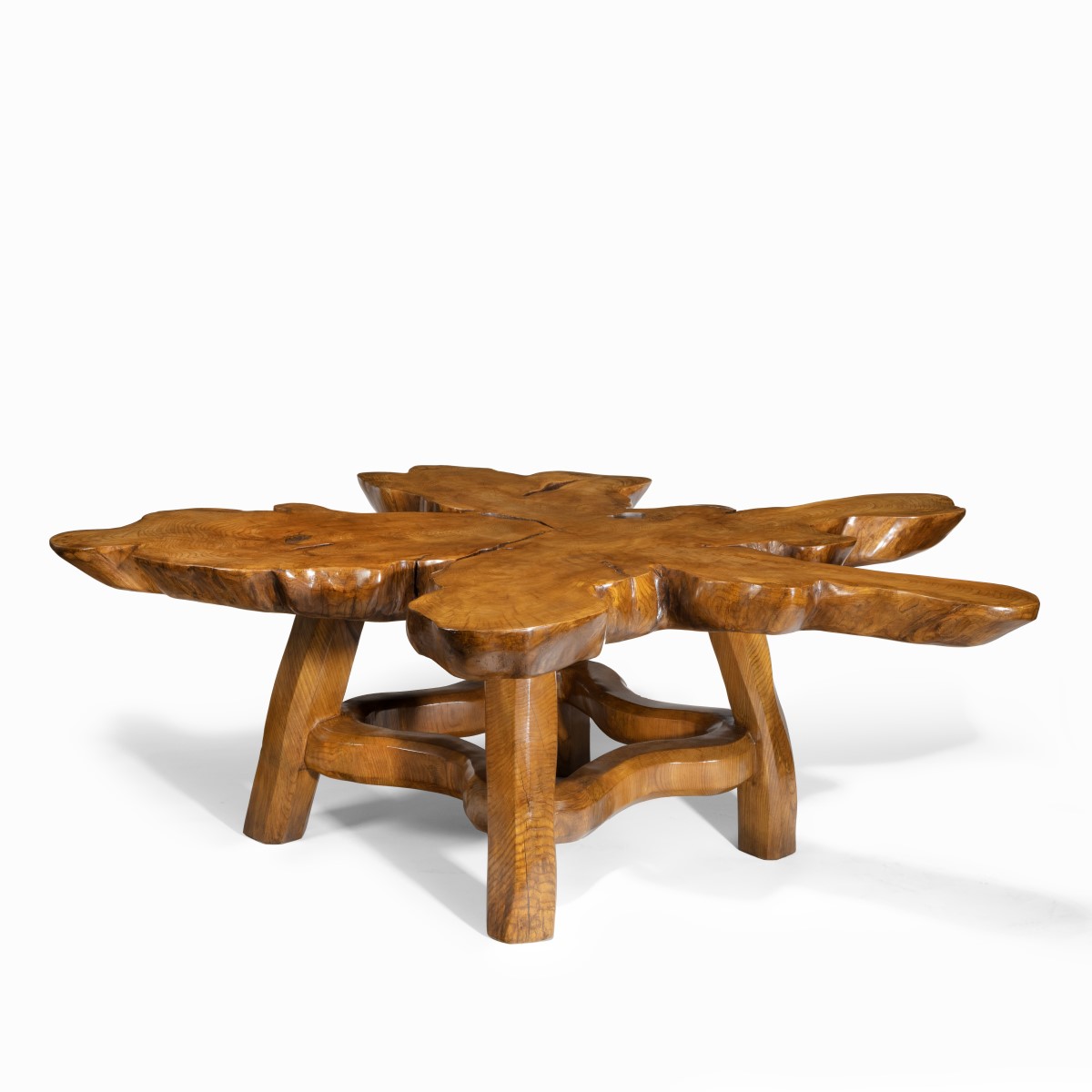 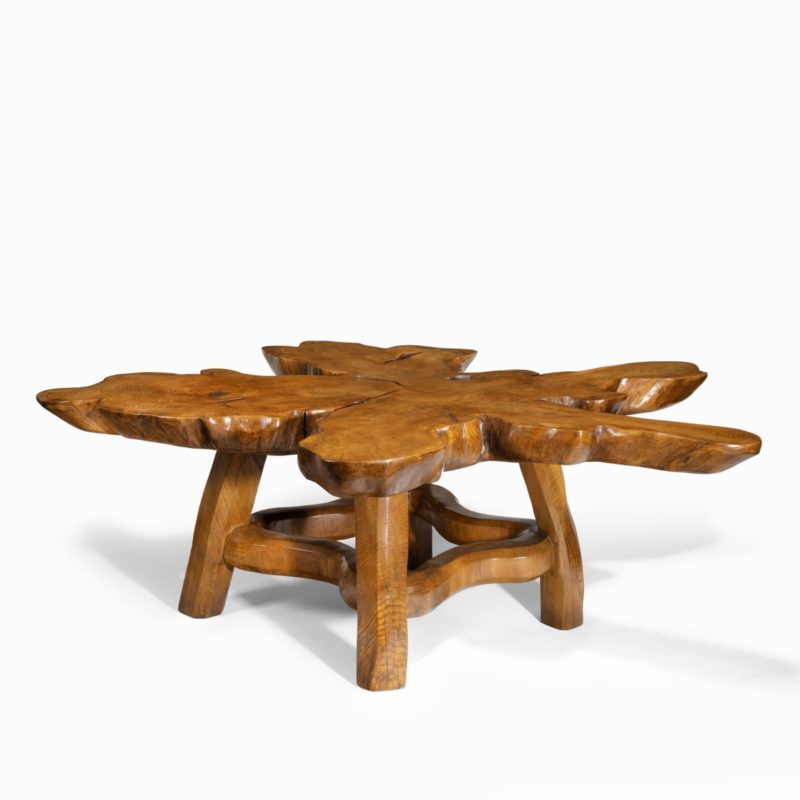 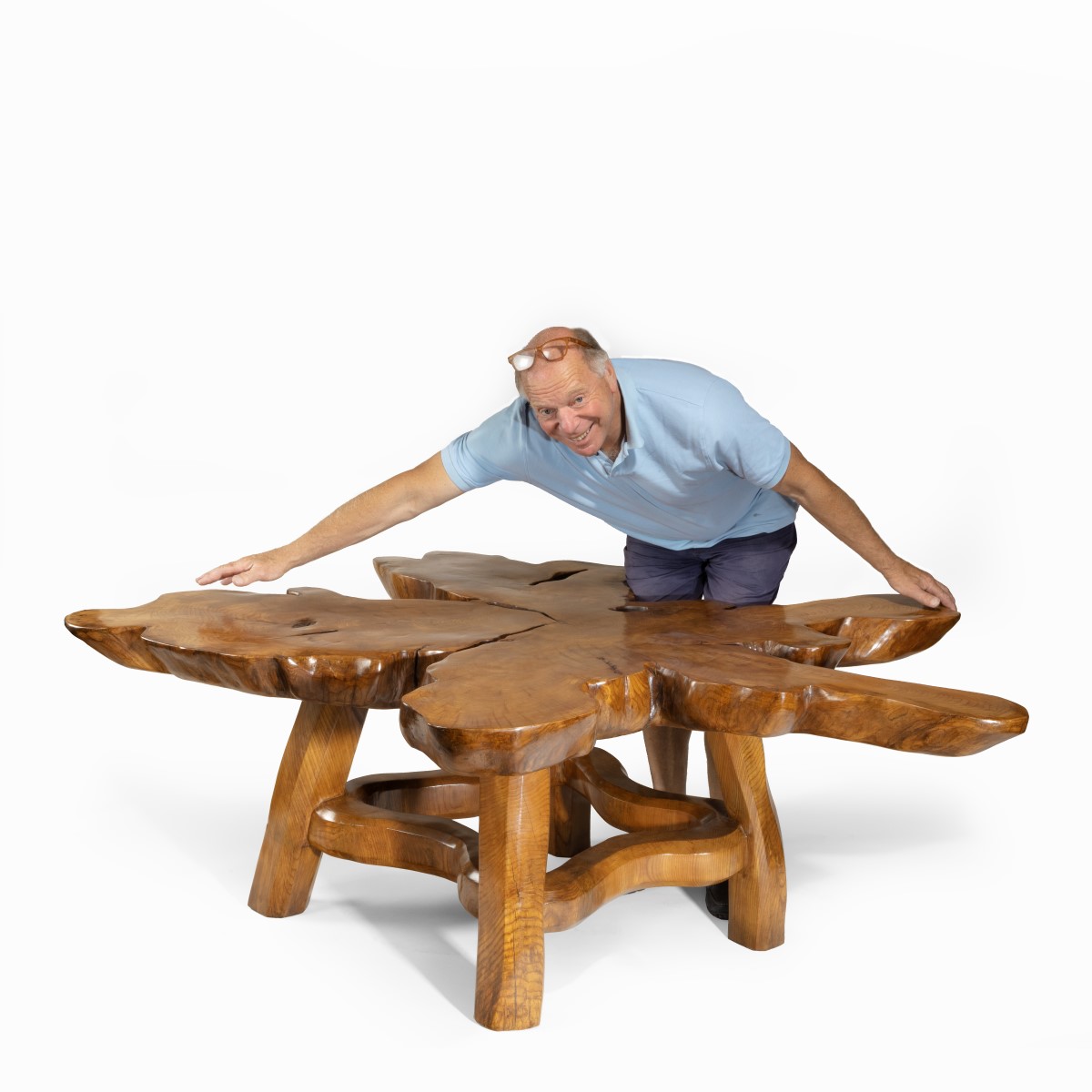 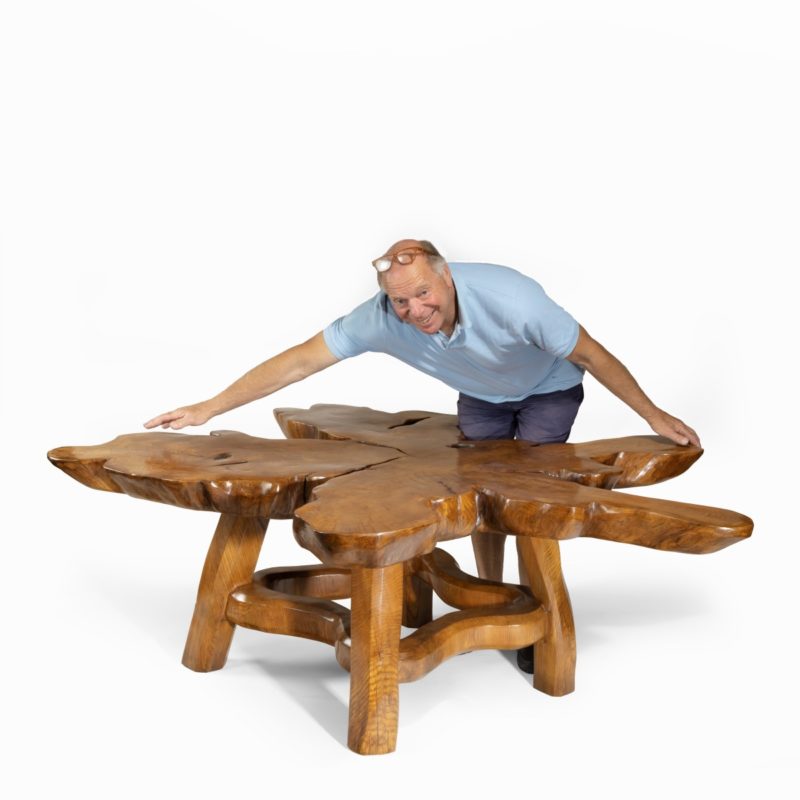 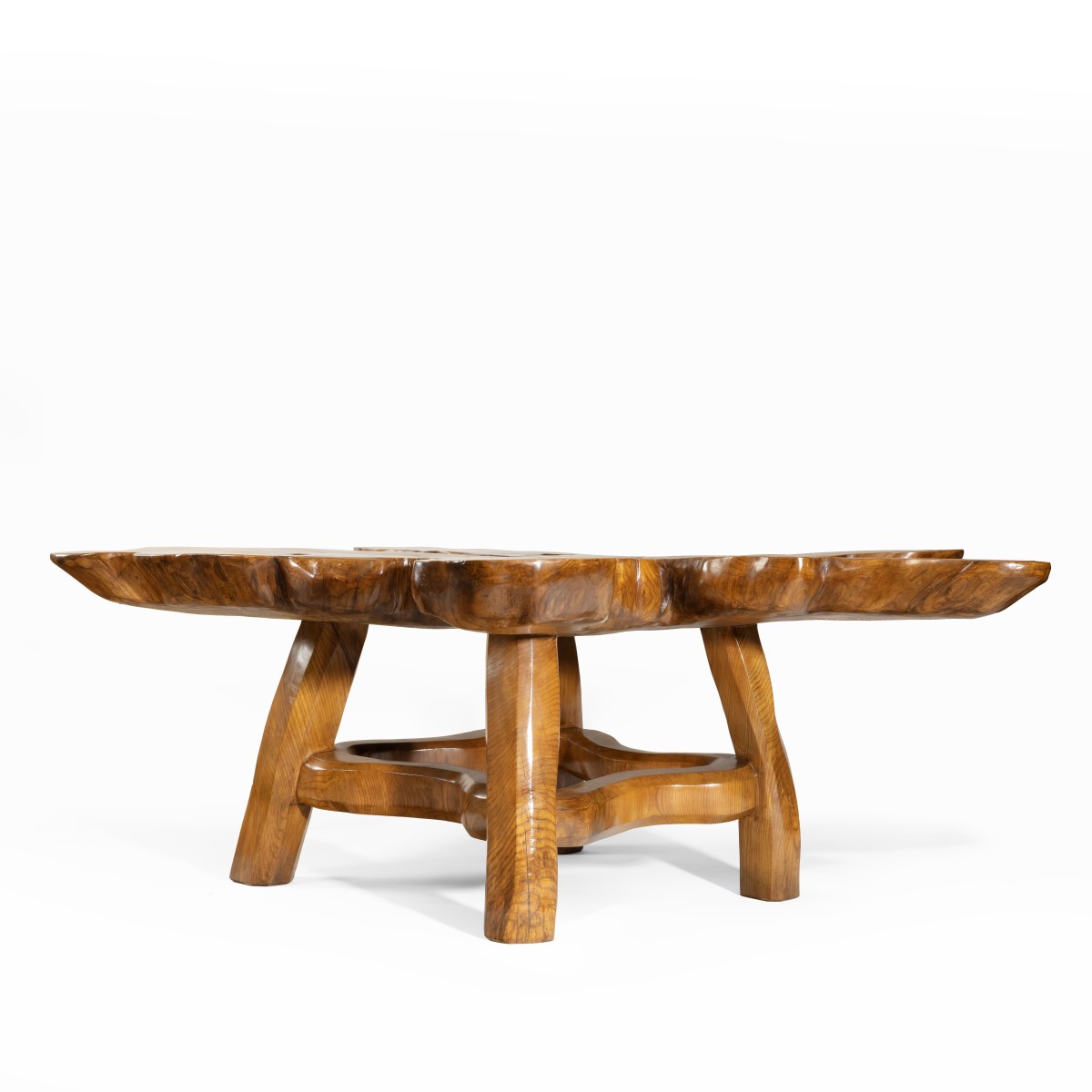 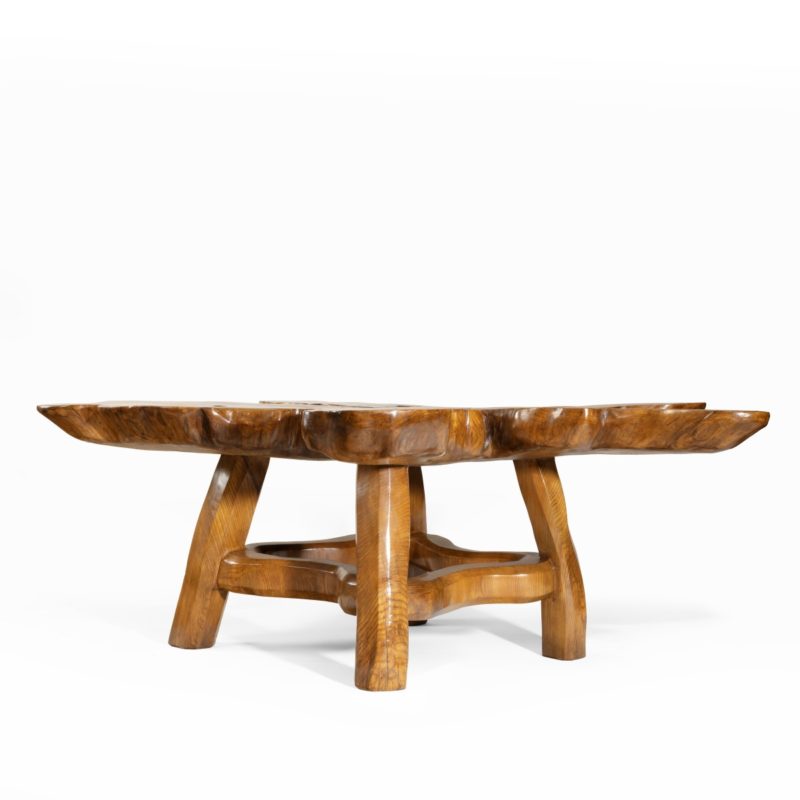 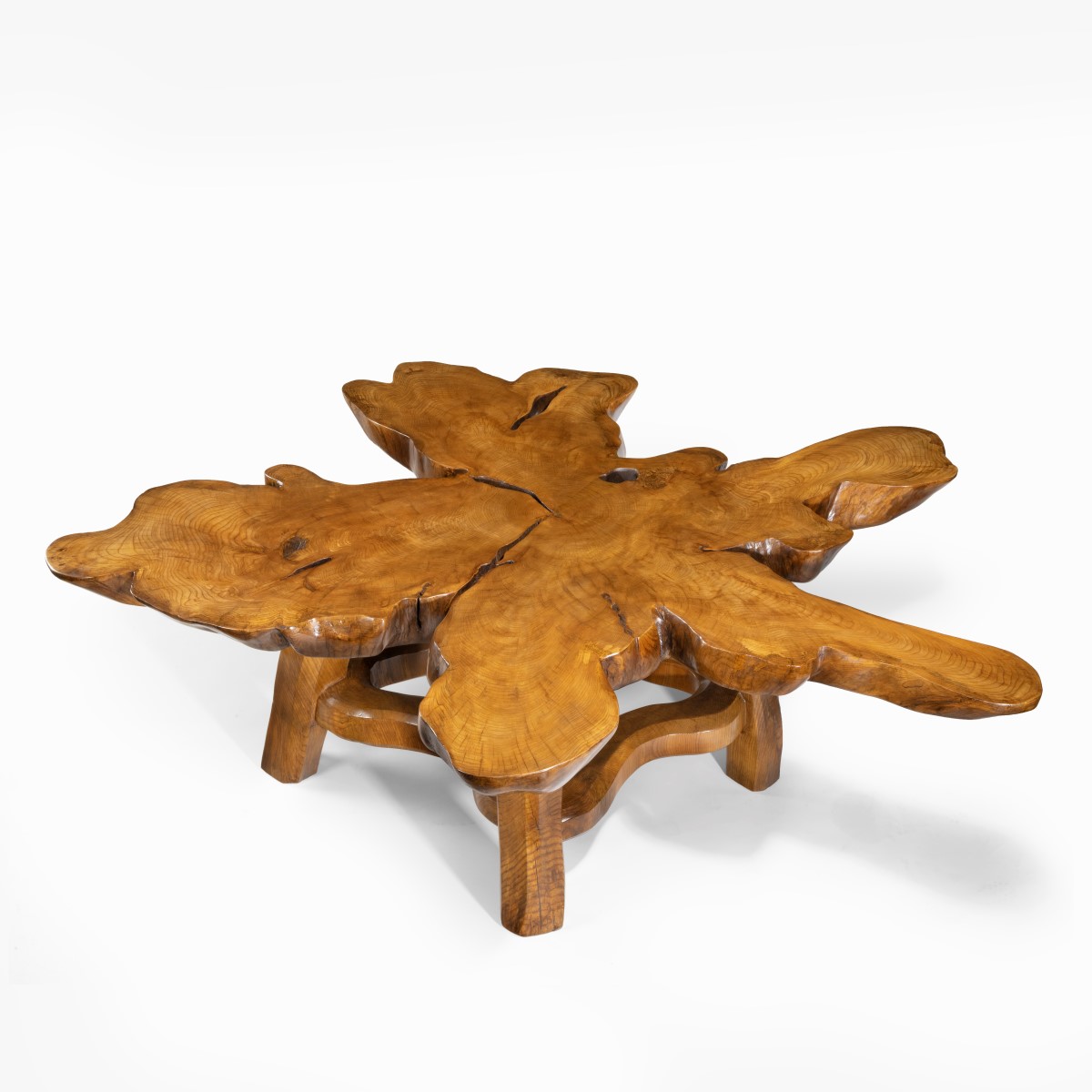 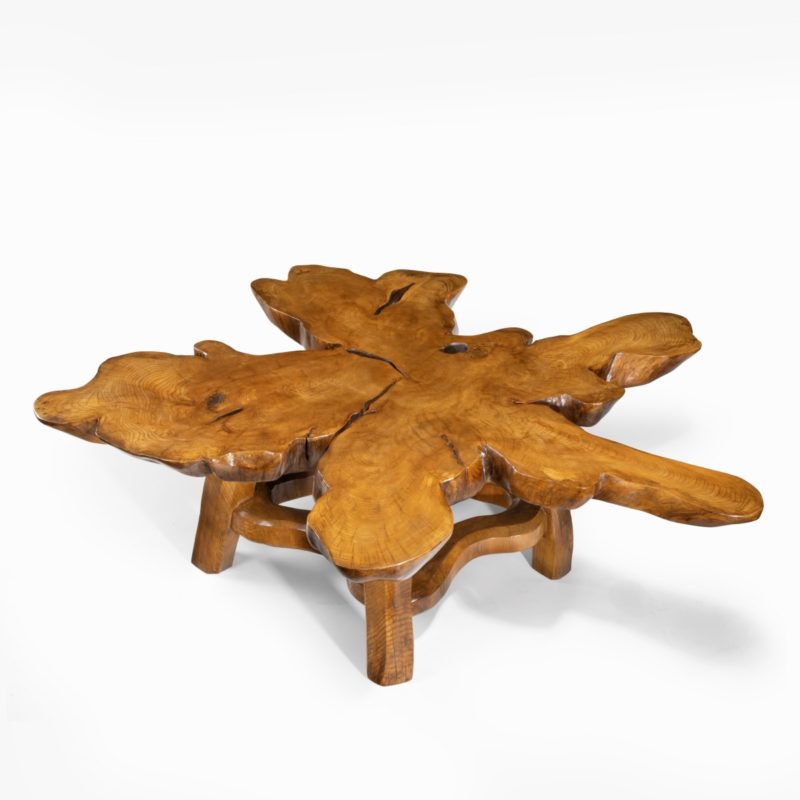 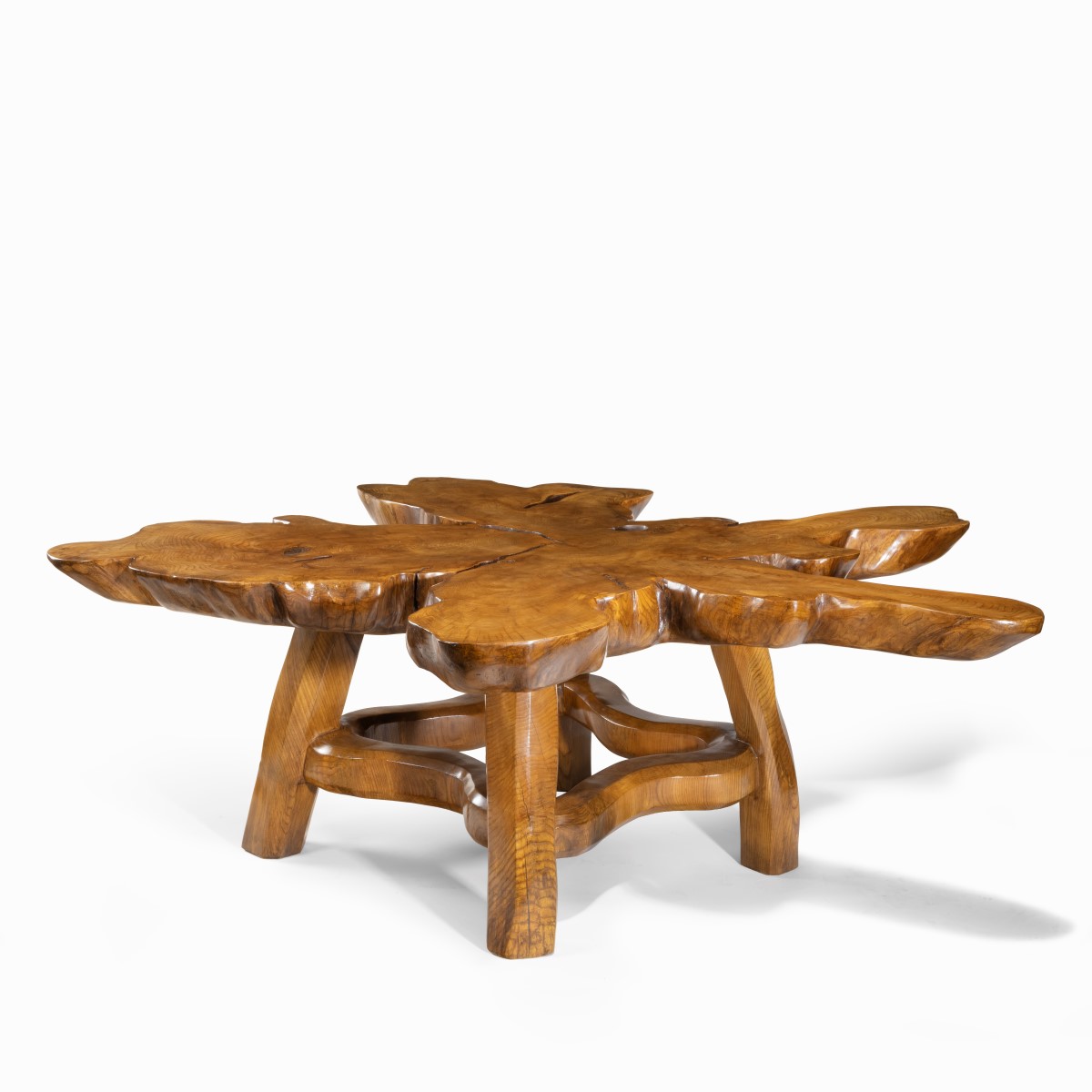 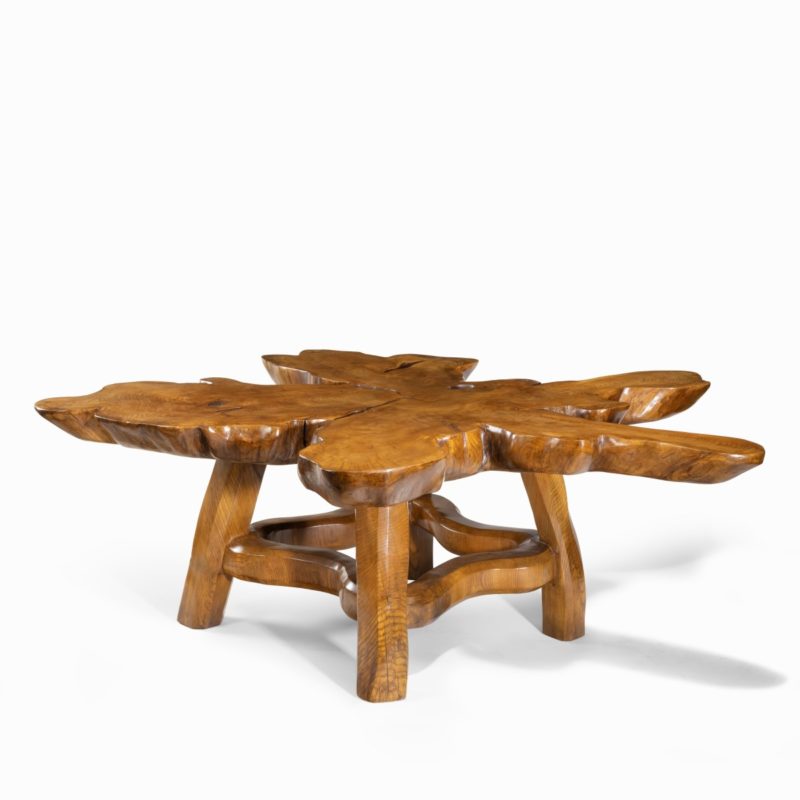 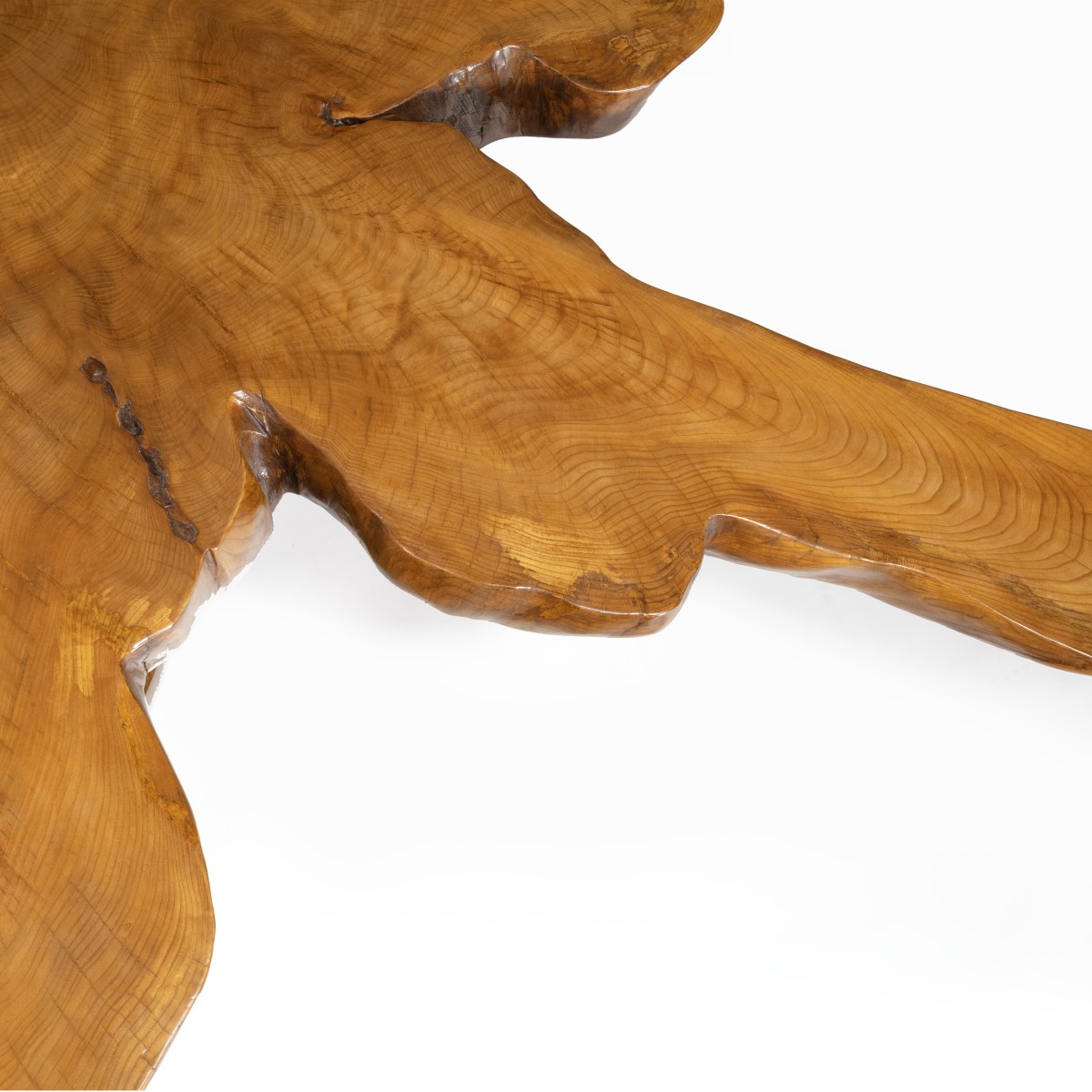 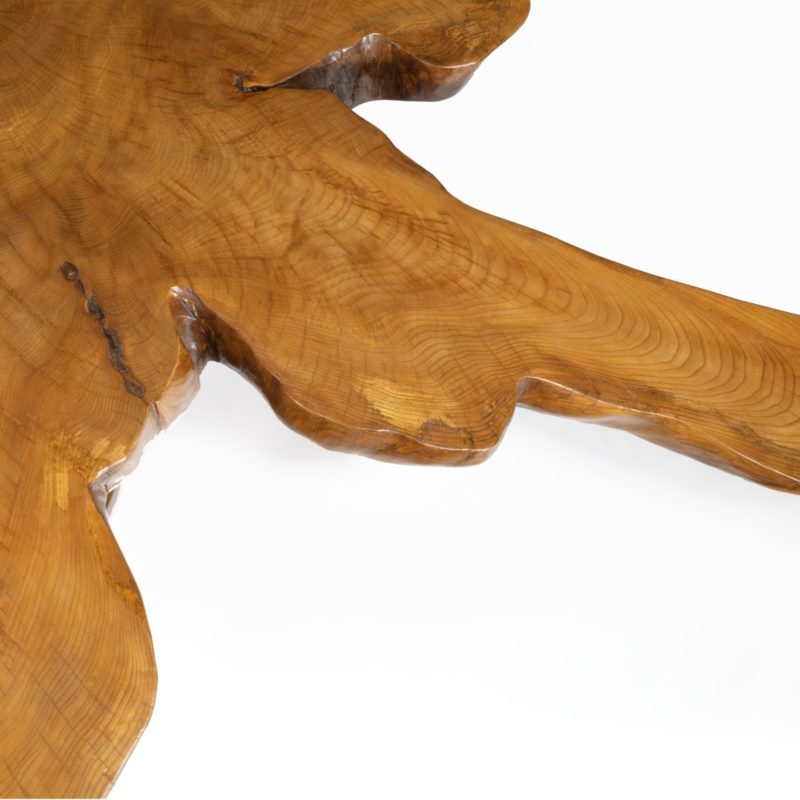 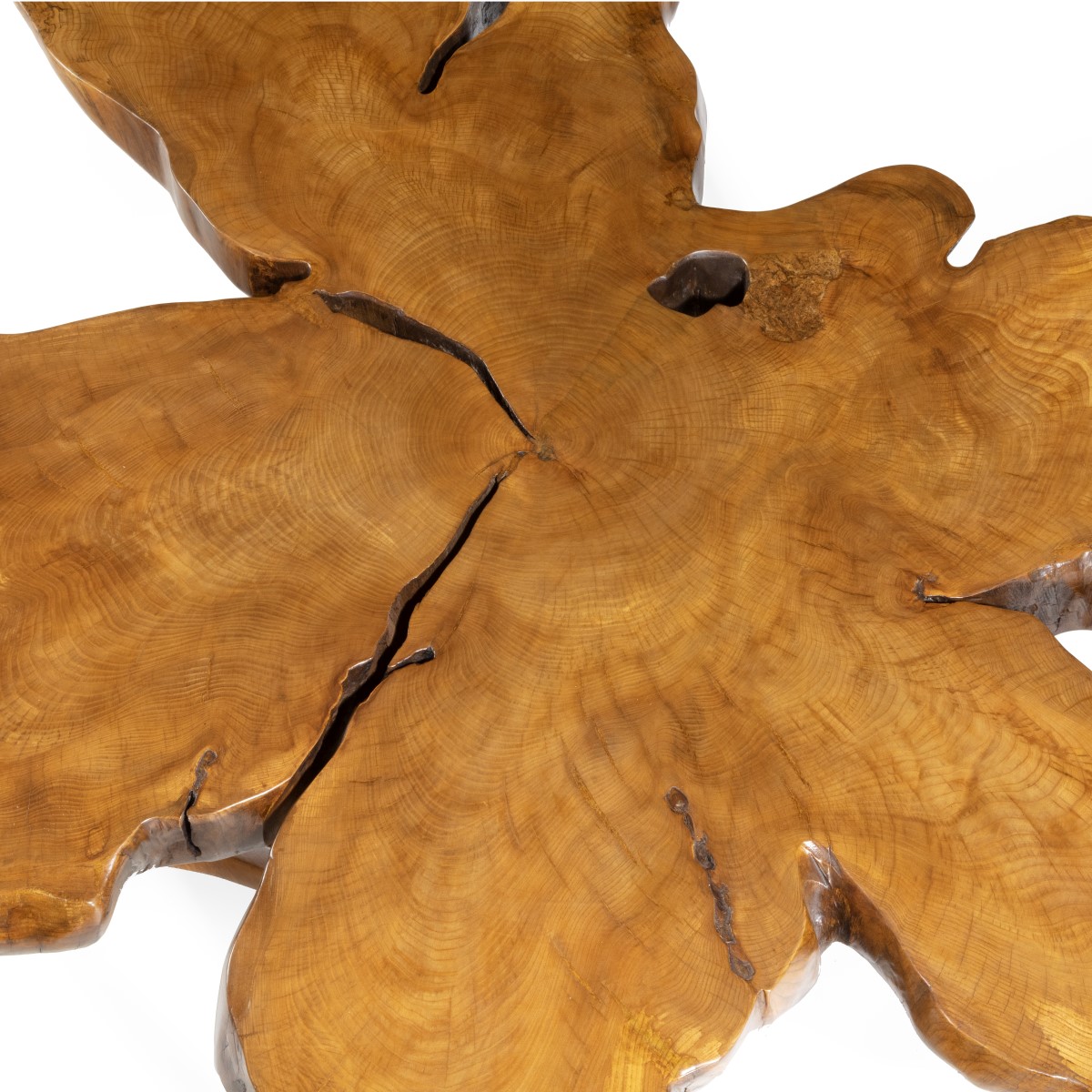 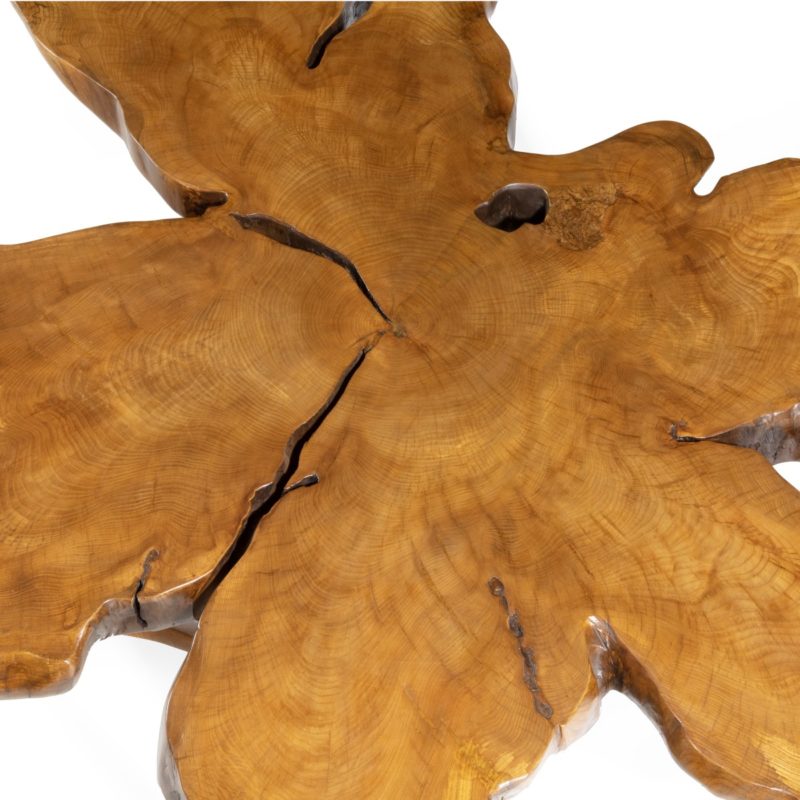 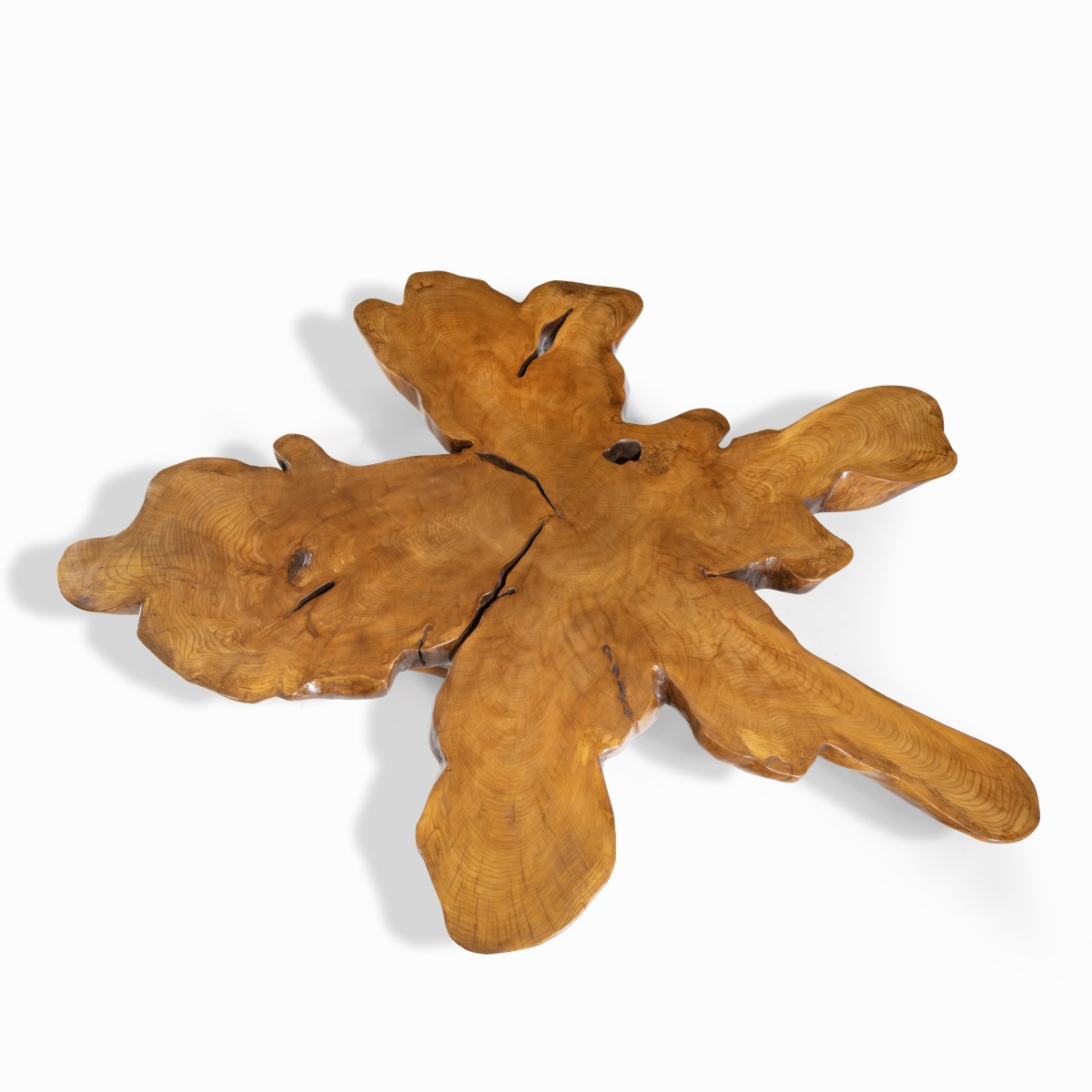 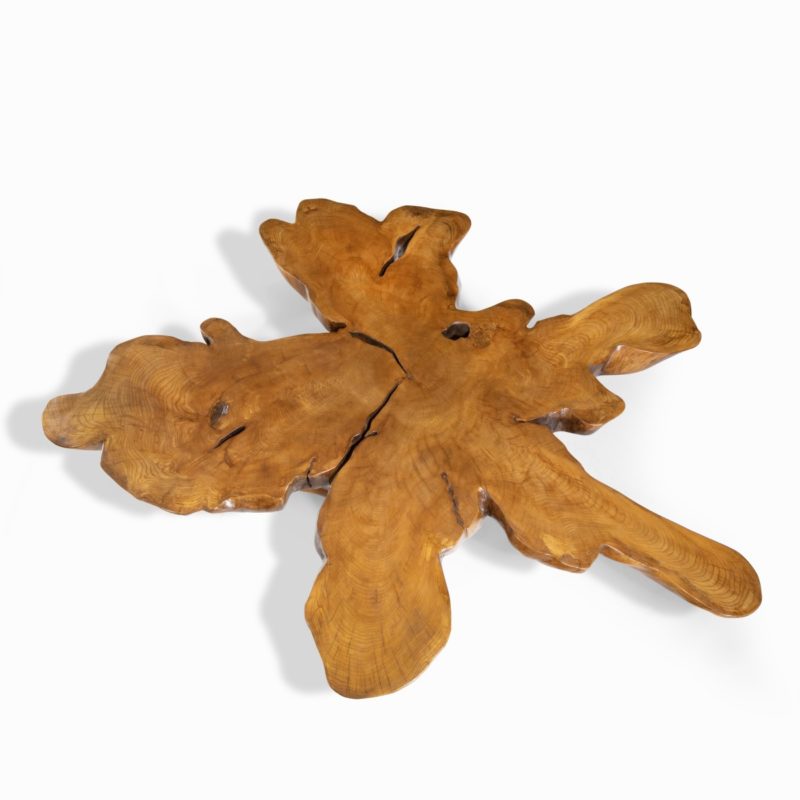 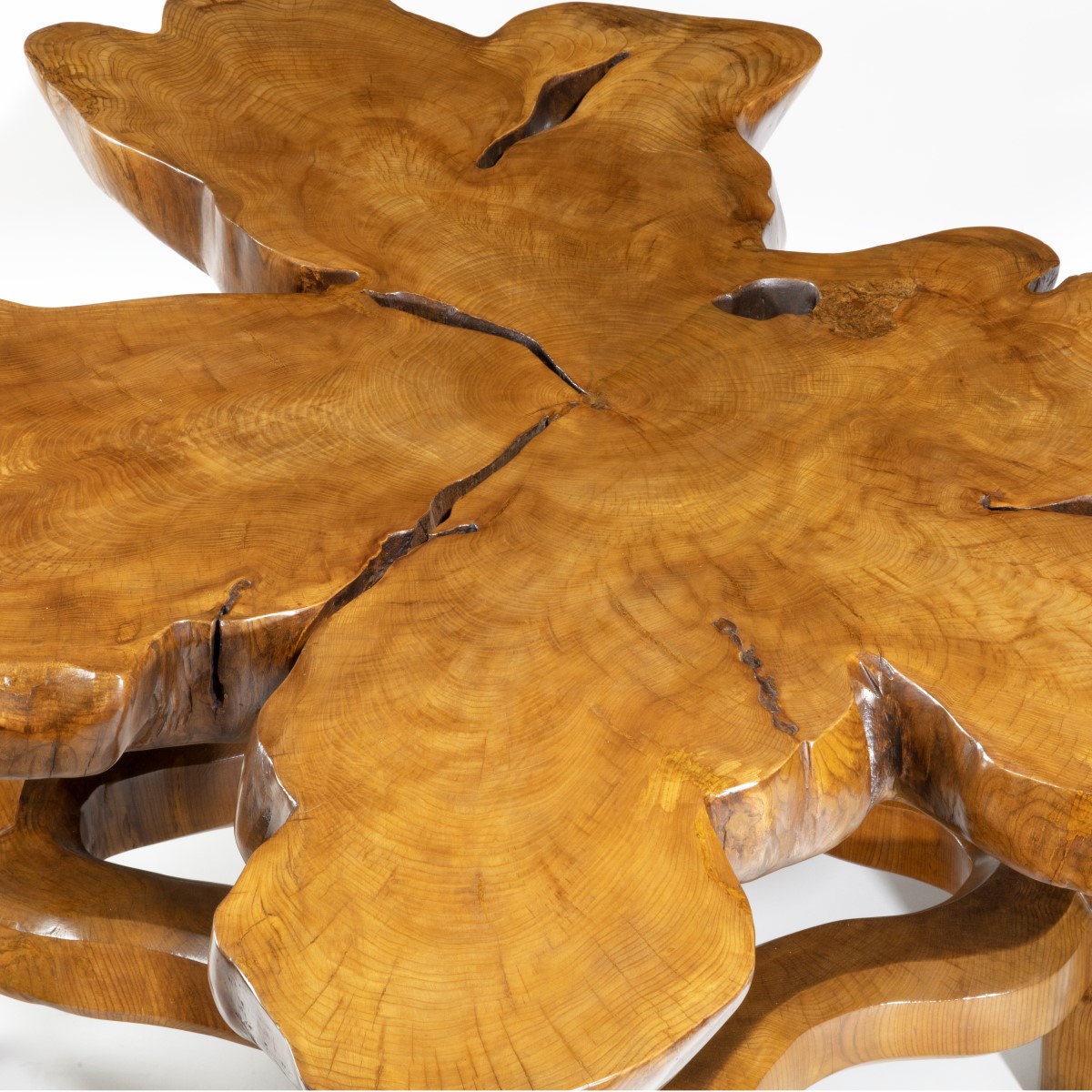 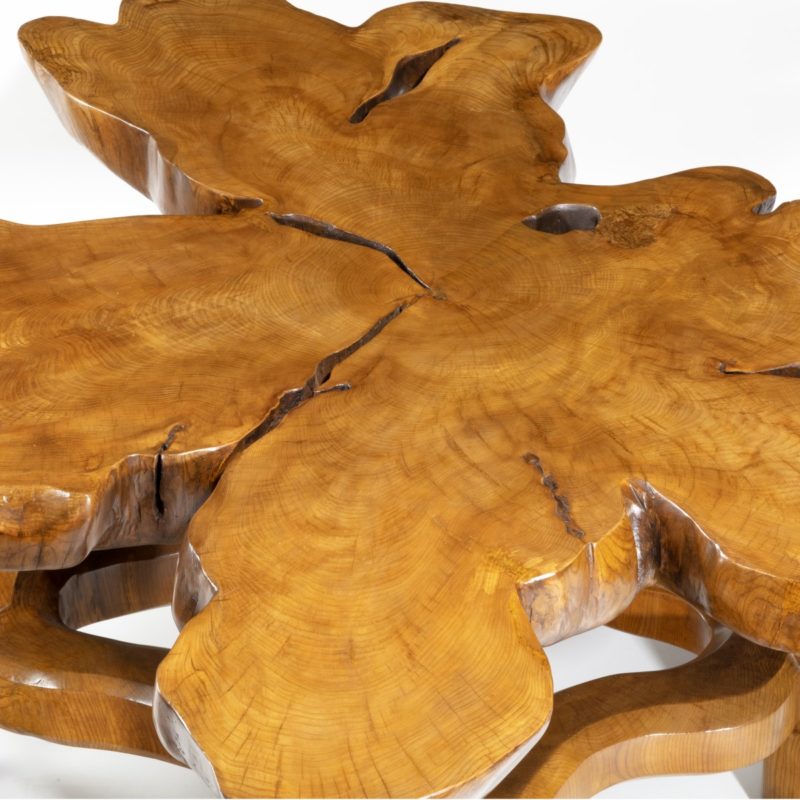 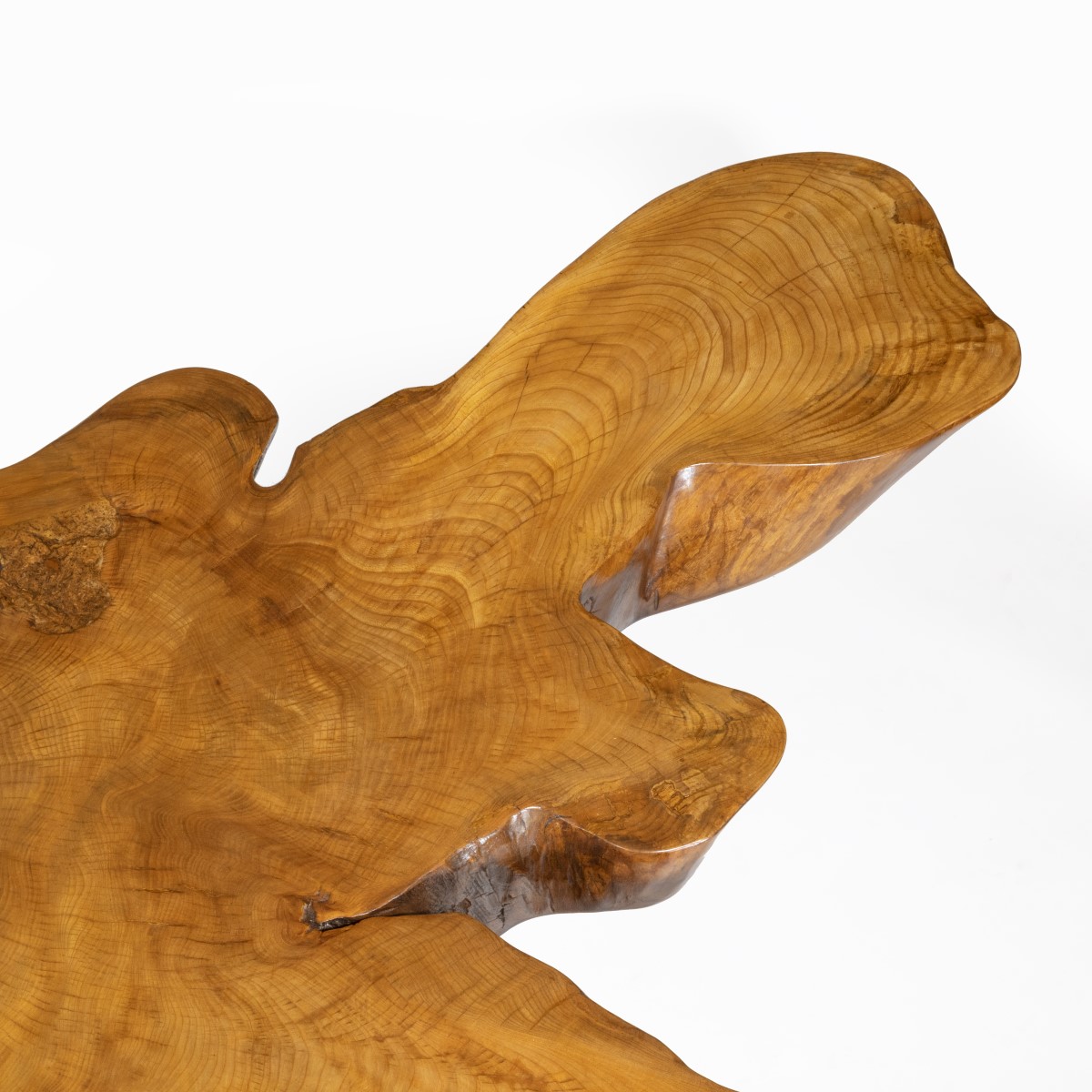 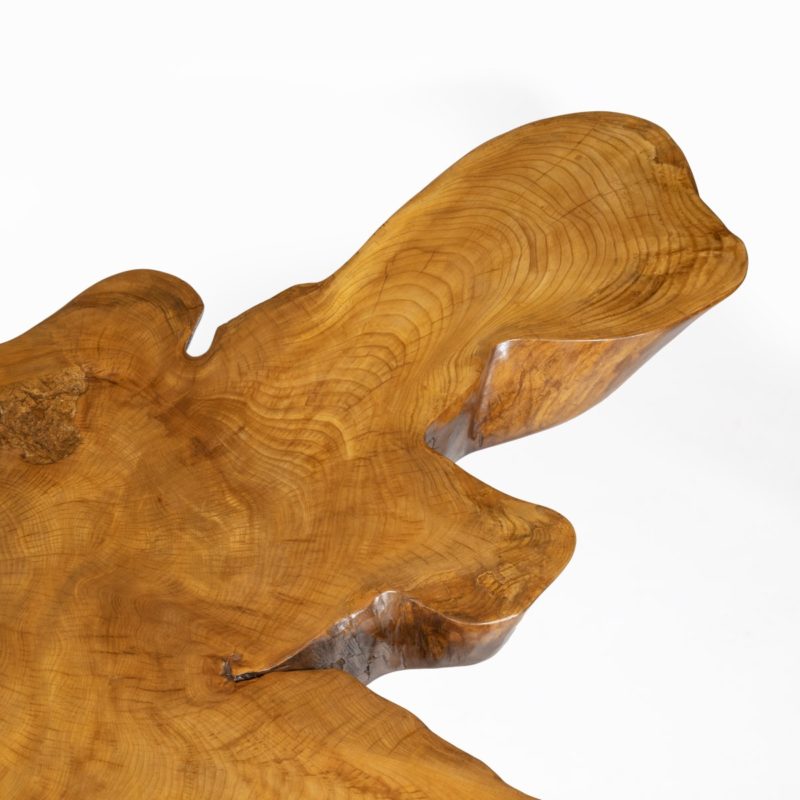 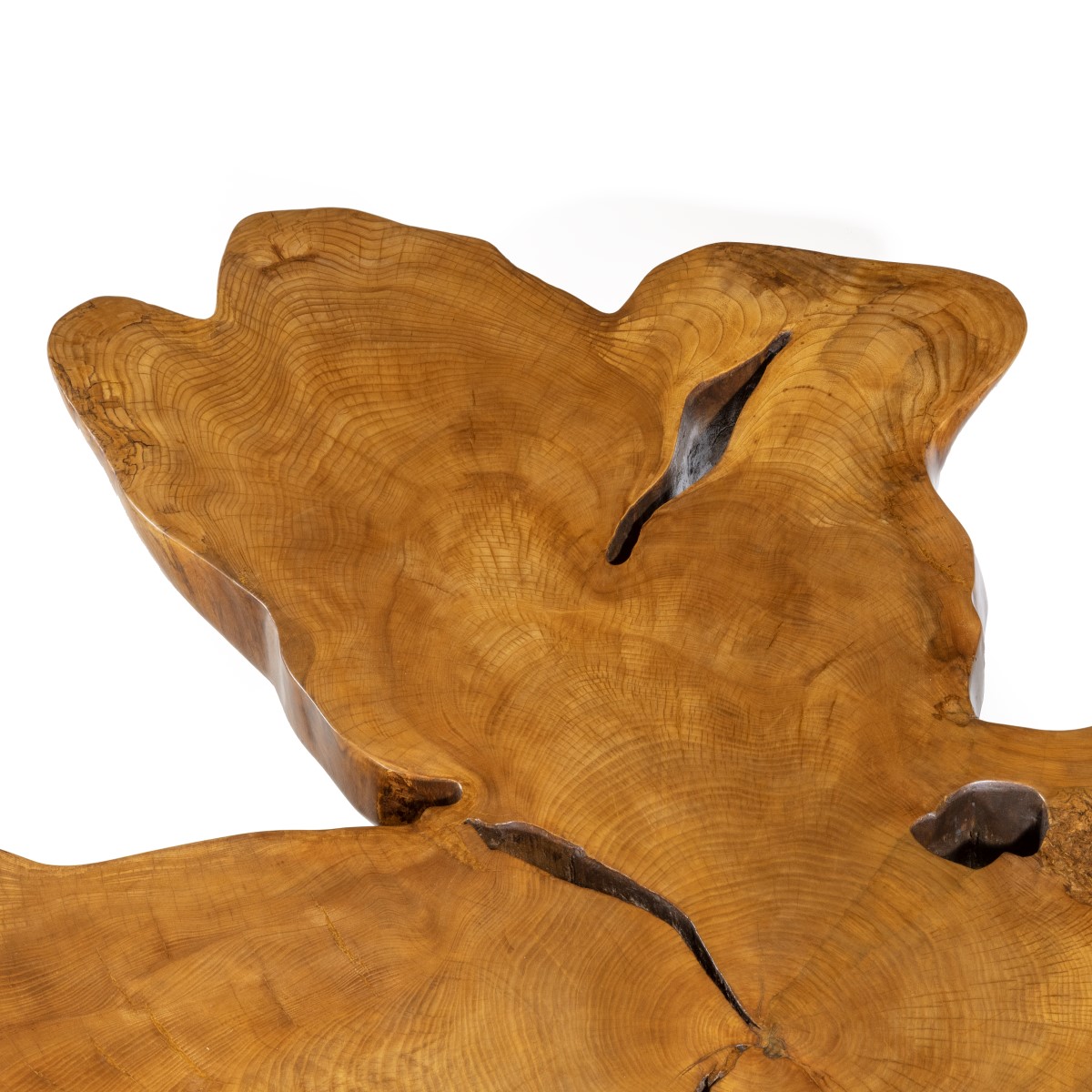 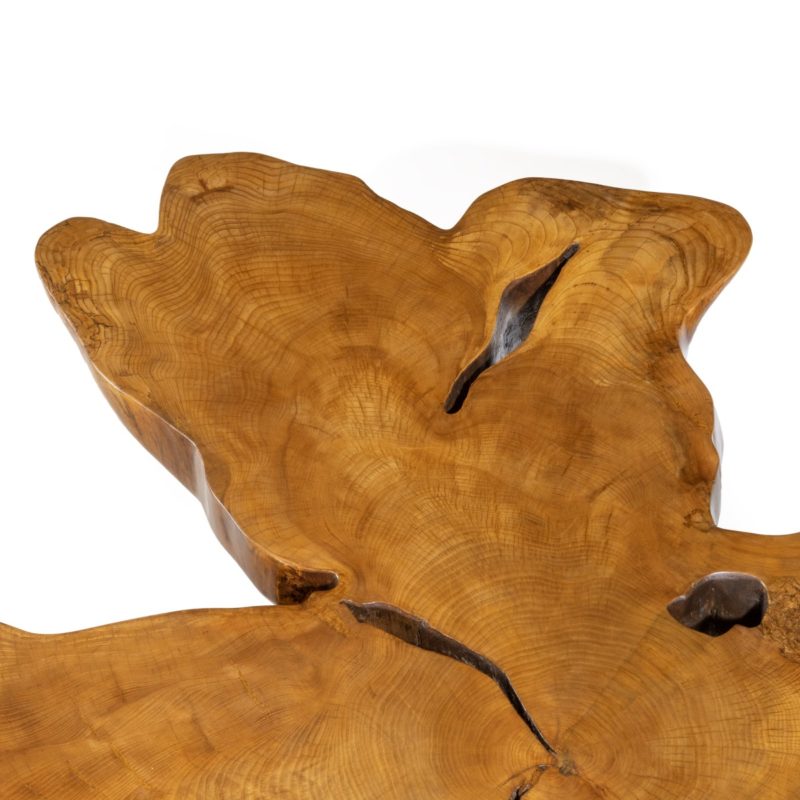 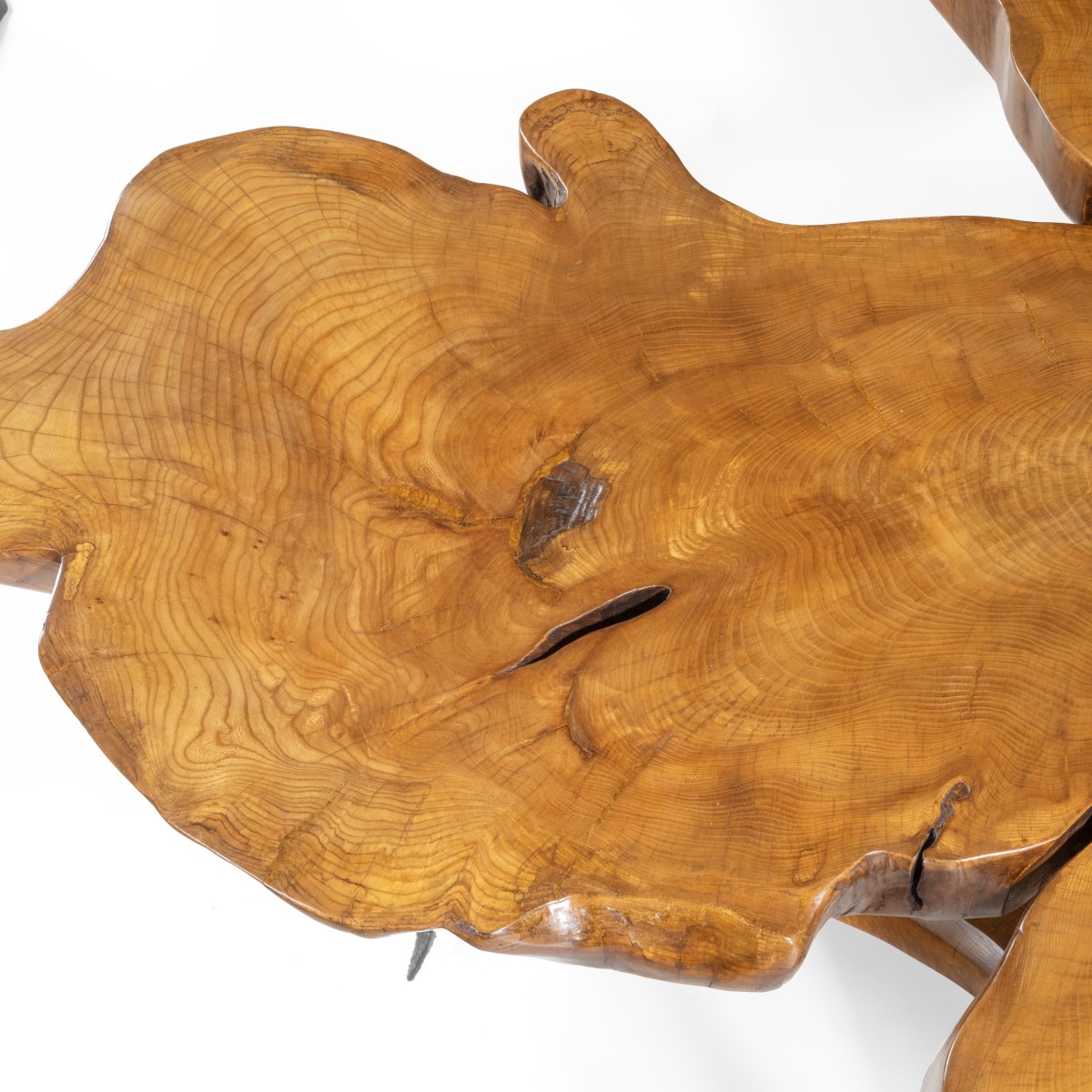 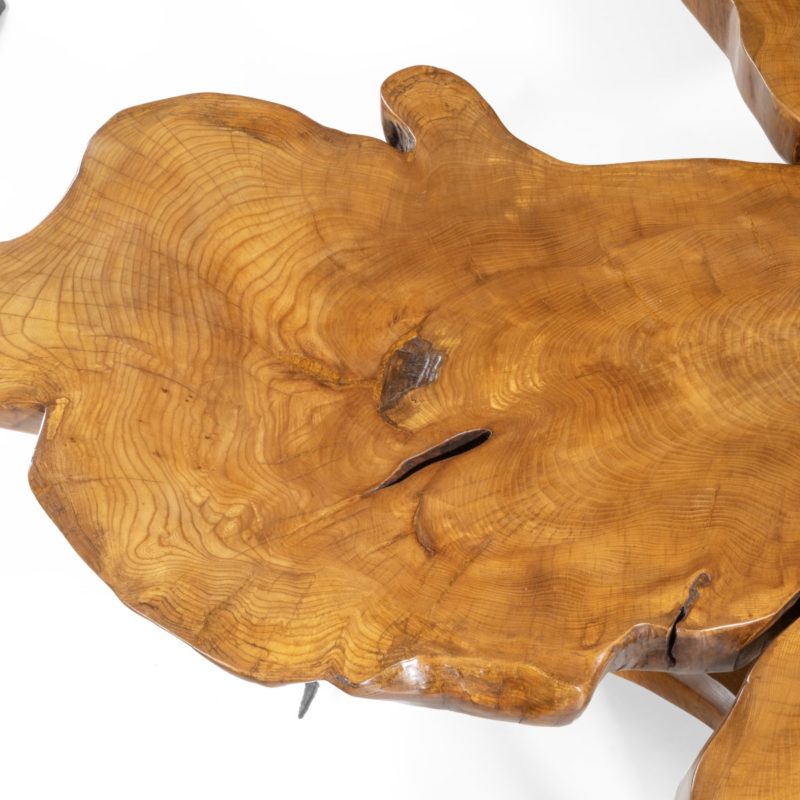 An Unusual and Attractive Centre Table by Maxie Lane

An Unusual and Attractive Centre Table by Maxie Lane, carved from solid elm with an irregular shaped top supported by four bowed legs and a circular cruciform stretcher. English c1970.
Footnote: Maxie Lane (1910-2014)
Colourful and flamboyant lumberjack, artist, sculptor and author Maxie Lane died, in Andover, aged 104.  The sculptor, who famously cut through his meal, a table and chairs in a restaurant because the steak was said to be tough, served in the Army and the Navy but nevertheless was totally unconventional and anti-establishment.  He wrote a trilogy of autobiographical books, appeared on television with Russell Harty and Esther Rantzen and exhibited in some of the top galleries in the world including the Tate Modern. He used a chainsaw to carve furniture from the solid wood of trees he felled.  His ‘Last Supper Table’ was made from a casualty of Dutch Elm disease and is on permanent display at Furzey Gardens, in the New Forest. It is said to be the largest solid English elm piece in the world.
“Maxie and his son Max junior felled the 25 ton tree. They then set about the massive trunk which was twice the size of the finished work.
Using the largest chainsaws available they carved and sculpted the primitive shape of the table. This work took some two weeks. They then worked for a further three months with axe, adze, plane and chisel honing and coaxing out the natural lines and flow of the grain. Paramount to Maxie at this stage was the preservation of the tree’s character and integrity. He would only be satisfied with the end result if he felt that his interpretation had complimented the elemental spirit of the tree.
The final work consisted of creating a fine finish and patina to the table. This was achieved over many months by constant caress of the wood with four varying grades of sandpaper. The table was then coated with beeswax and a natural wood polish created by Maxie and finally applied.  When finished, the table weighed 2.5 tonnes. It is believed that this is the largest Elm table in existence. The “last supper” table was created by Maxie as an epitaph to the last of the giant English elm trees which were all but wiped from our landscape in the 20th century.”