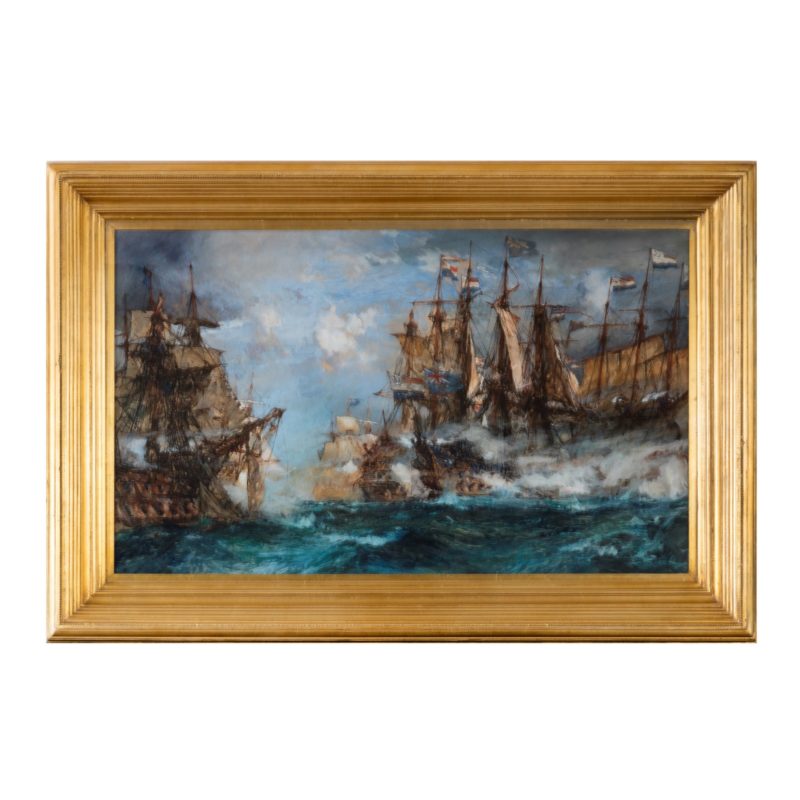 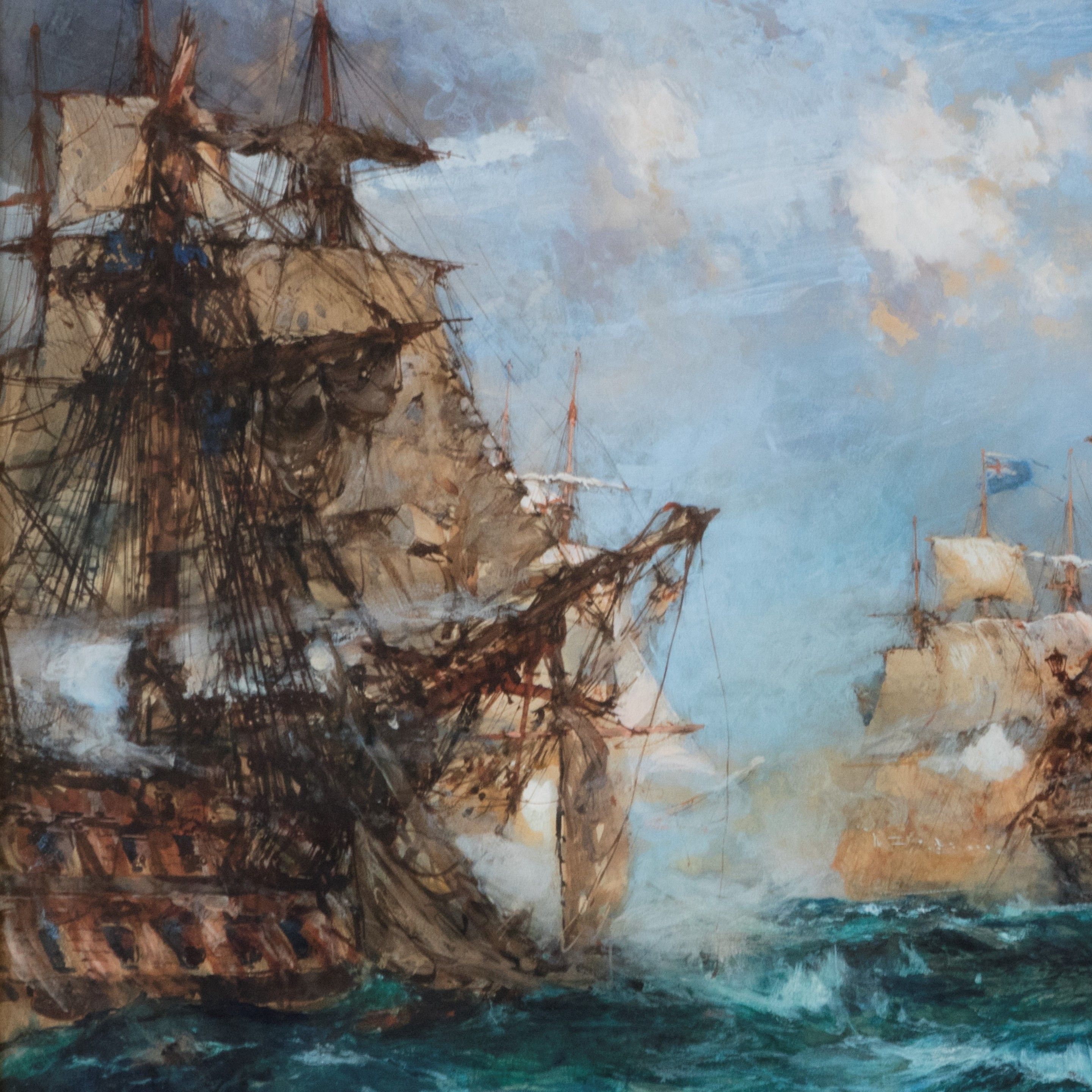 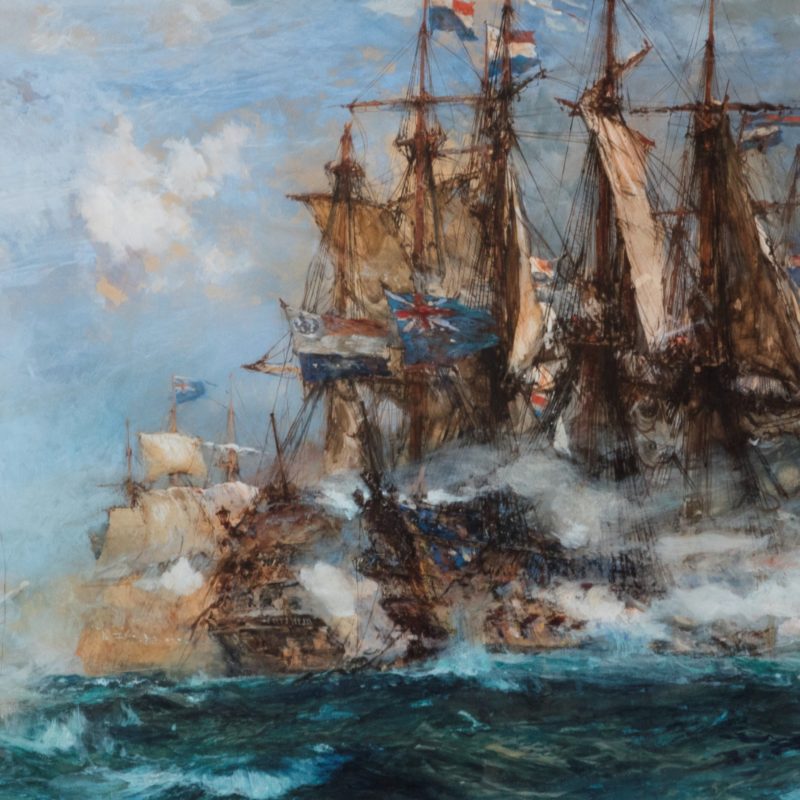 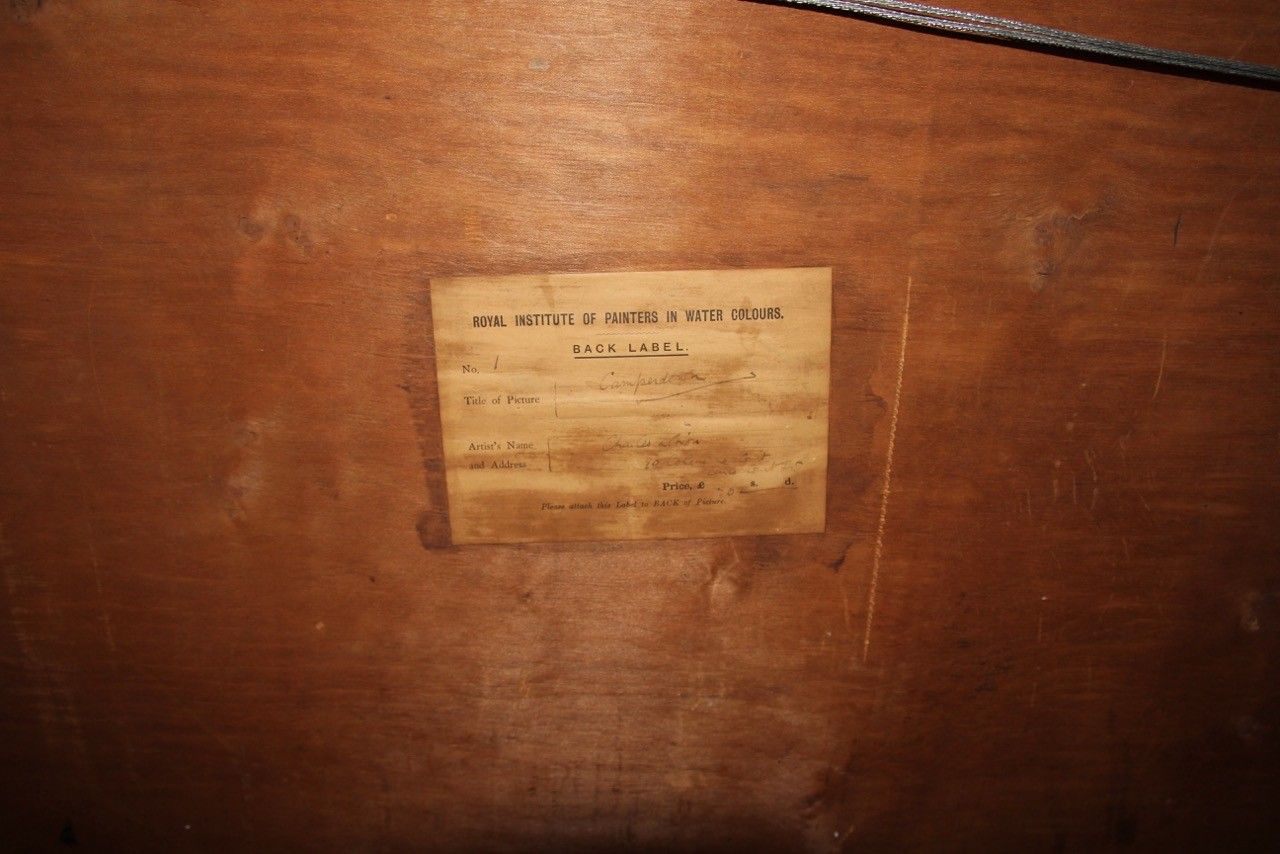 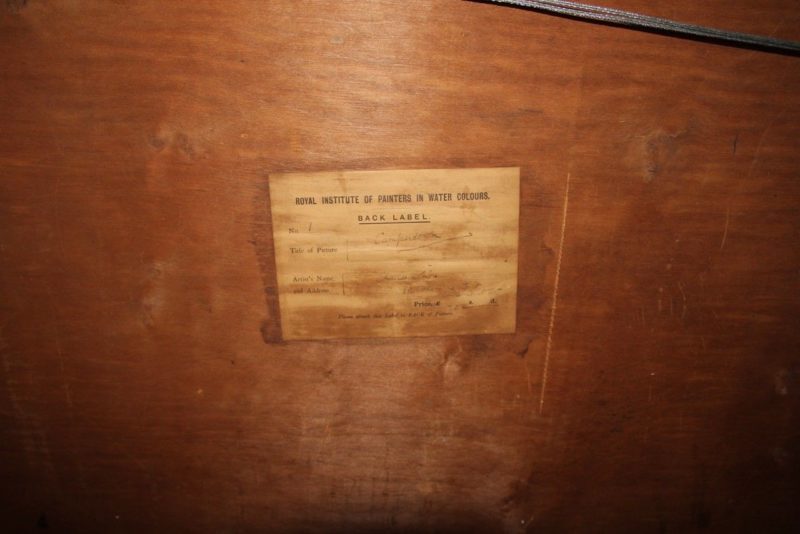 Battle of Camperdown by Charles Dixon

This watercolour painting is a dramatic and vivid depiction of the action between the British and Dutch navies during the Battle of Camperdown on 11th October 1797. It is important to note that it has its original exhibition label from the Royal Institute of Painters in Water Colours, having been exhibited there in 1909. It is a superb example of Charles Dixon’s work, and is signed and dated by the artist and presented in pristine condition, which is further enhanced by the use of its original period frame.

Footnote: The Battle of Camperdown was a major naval action fought on 11 October 1797 between the British North Sea Fleet under Admiral Adam Duncan and a Batavian Navy fleet under Vice-Admiral Jan de Winter. The battle was the most significant action between British and Dutch forces during the French Revolutionary Wars and resulted in a complete victory for the British, who captured eleven Dutch ships without losing any of their own.

Charles Dixon was acclaimed as an outstanding early 20th century artist, especially in watercolour. His most noted works were of famous battle scenes, views of the Port of London, and estuary scenes with steam and sail. He was born in Goring on Thames on December 8th, 1872 and lived at Itchenor, Near Chichester, Sussex. He was the son of the genre and history painter Alfred Dixon and he himself developed a taste for historical subjects, though always of naval interest. He did illustrations for the Illustrated London News, the Sphere and the Graphic. Interesting to note, he was a friend of Sir Thomas Lipton and went out with all five ‘Shamrocks’ to record the America’s Cup Races off Sandy Hook. In 1908 Dixon’s battle picture of’The Glorious First of June” had been exhibited at the Royal Academy to great acclaim which, in all probability encouraged him to paint this related work.