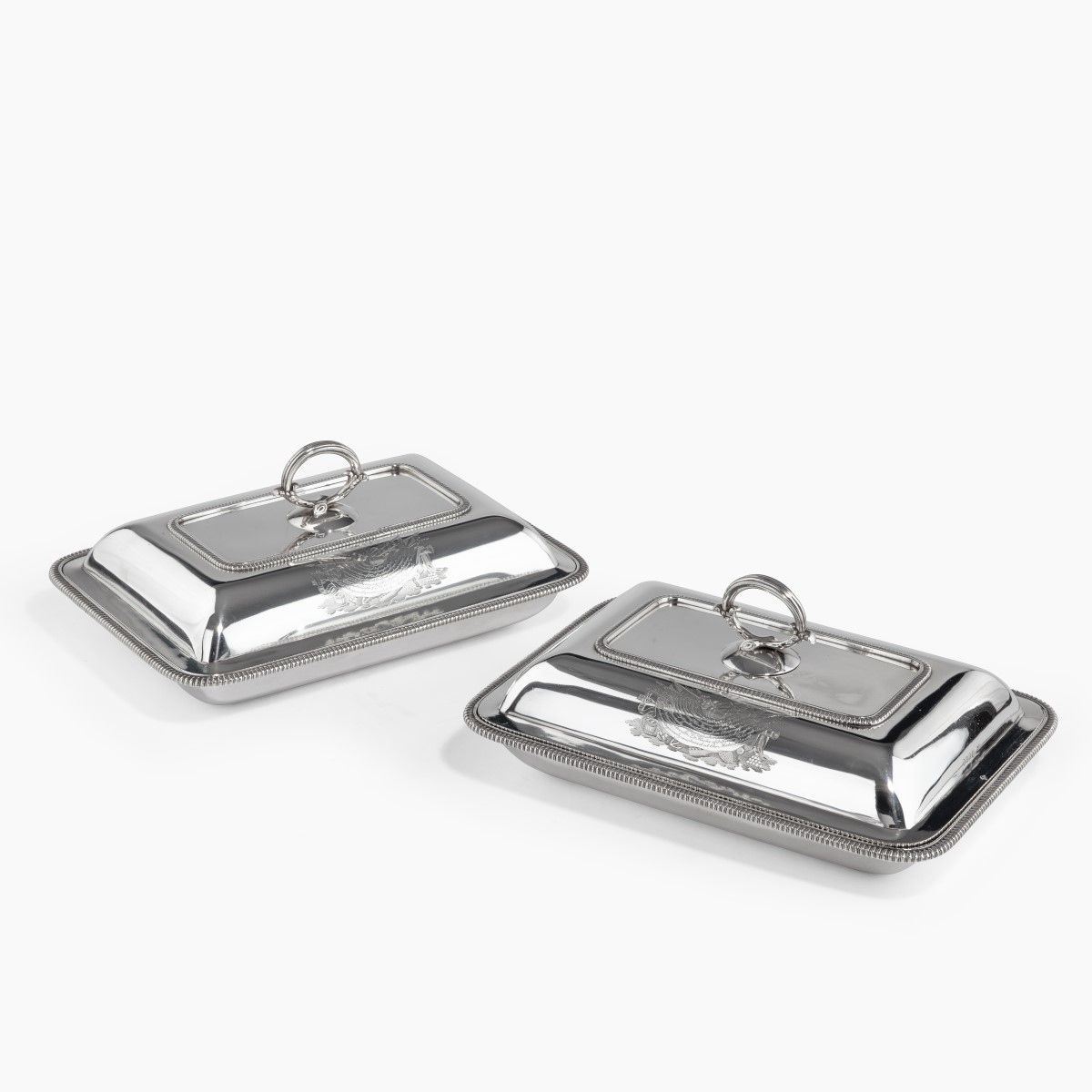 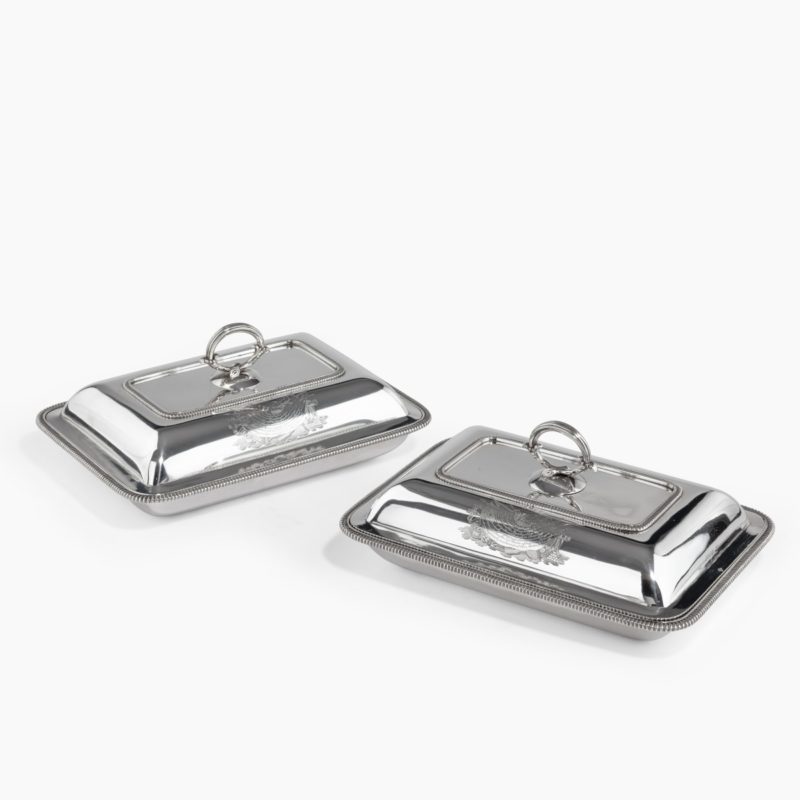 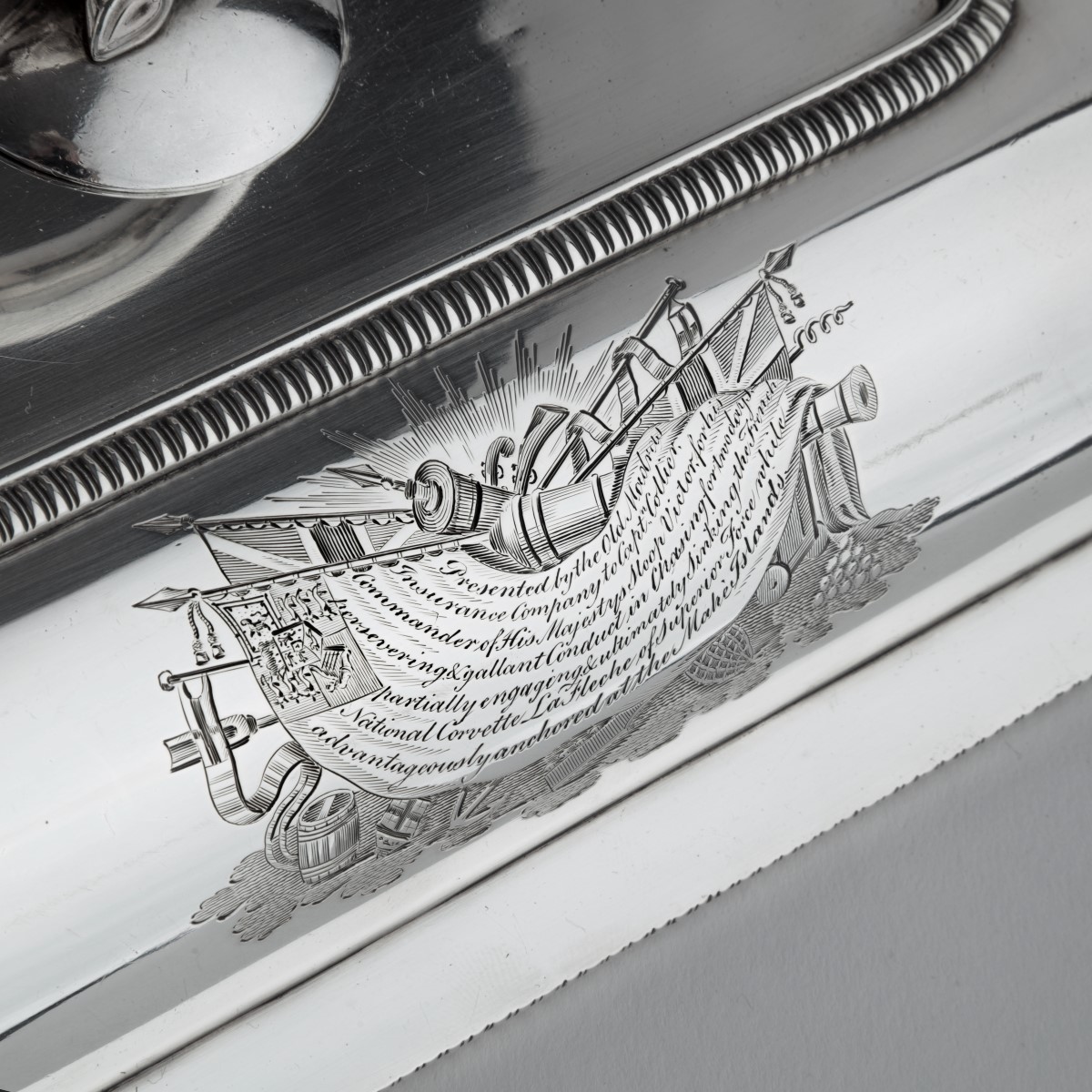 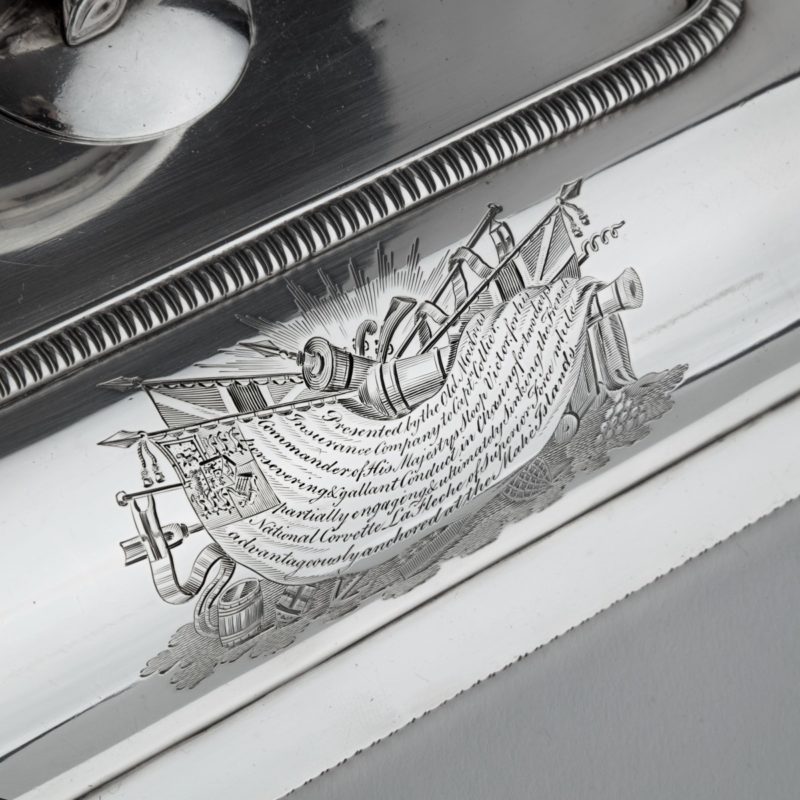 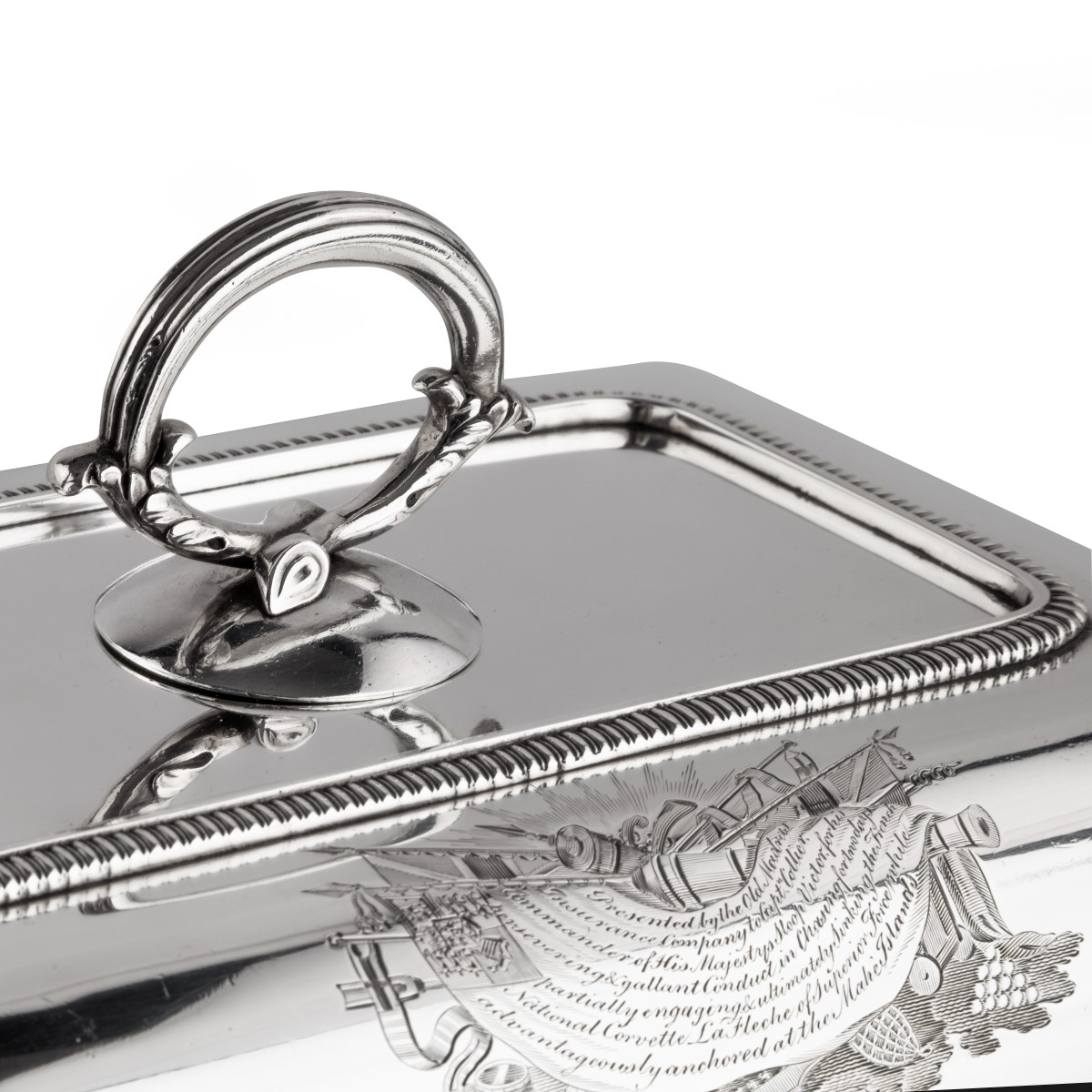 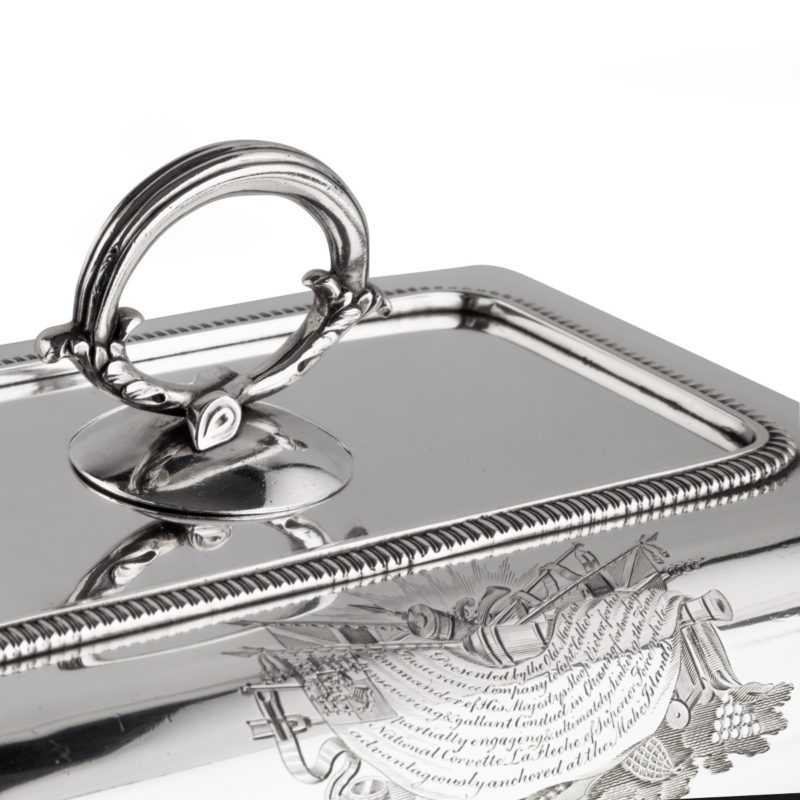 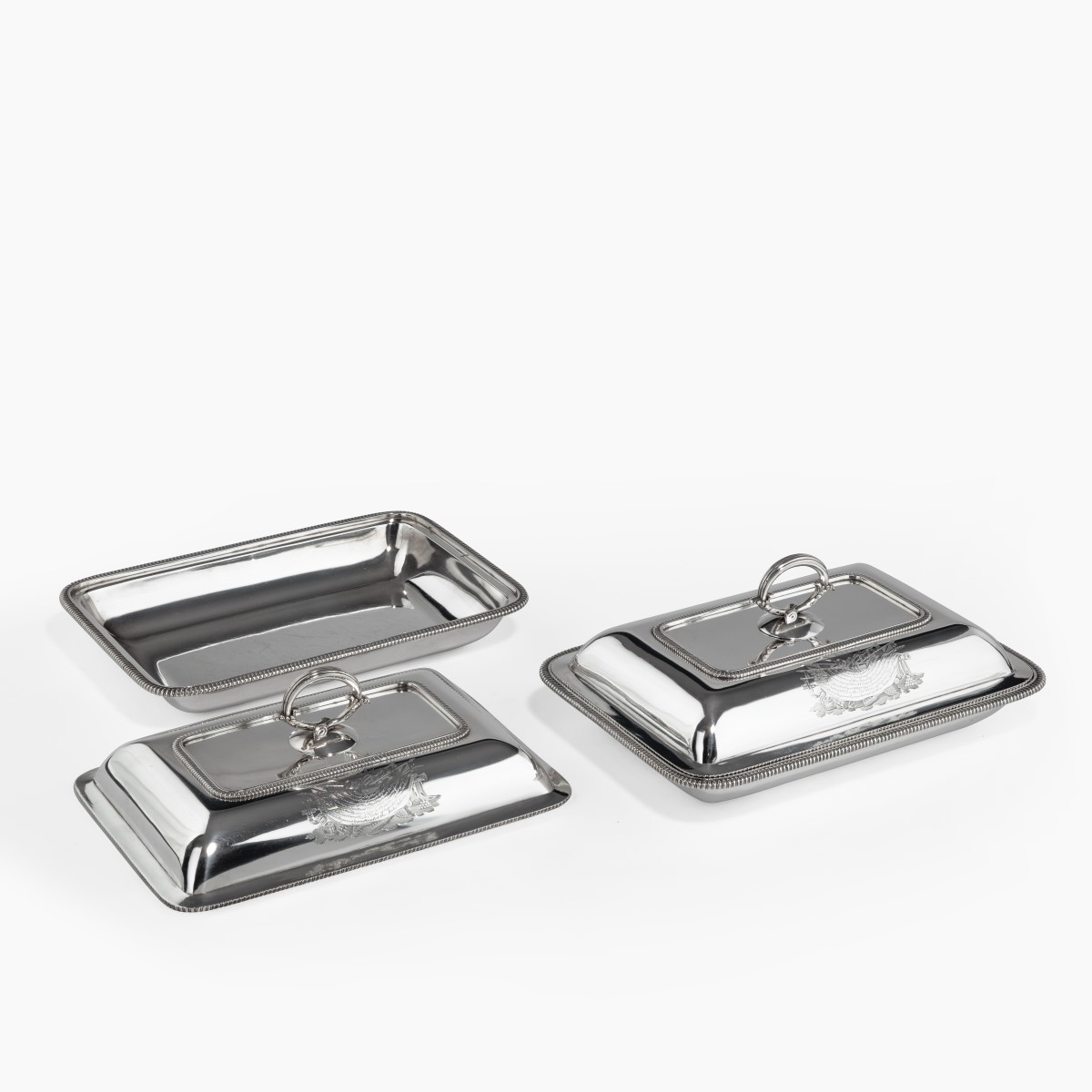 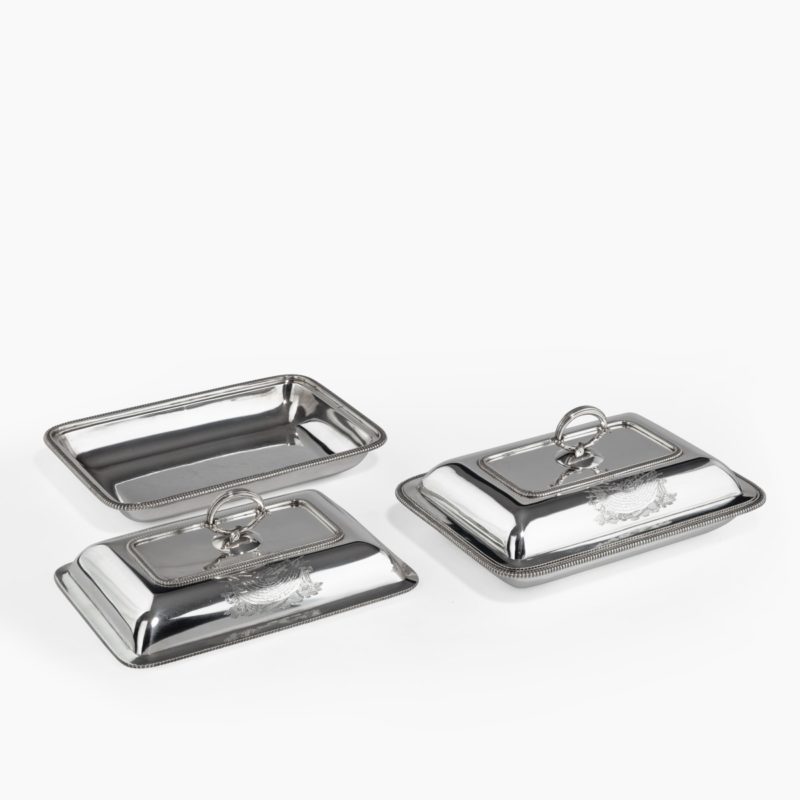 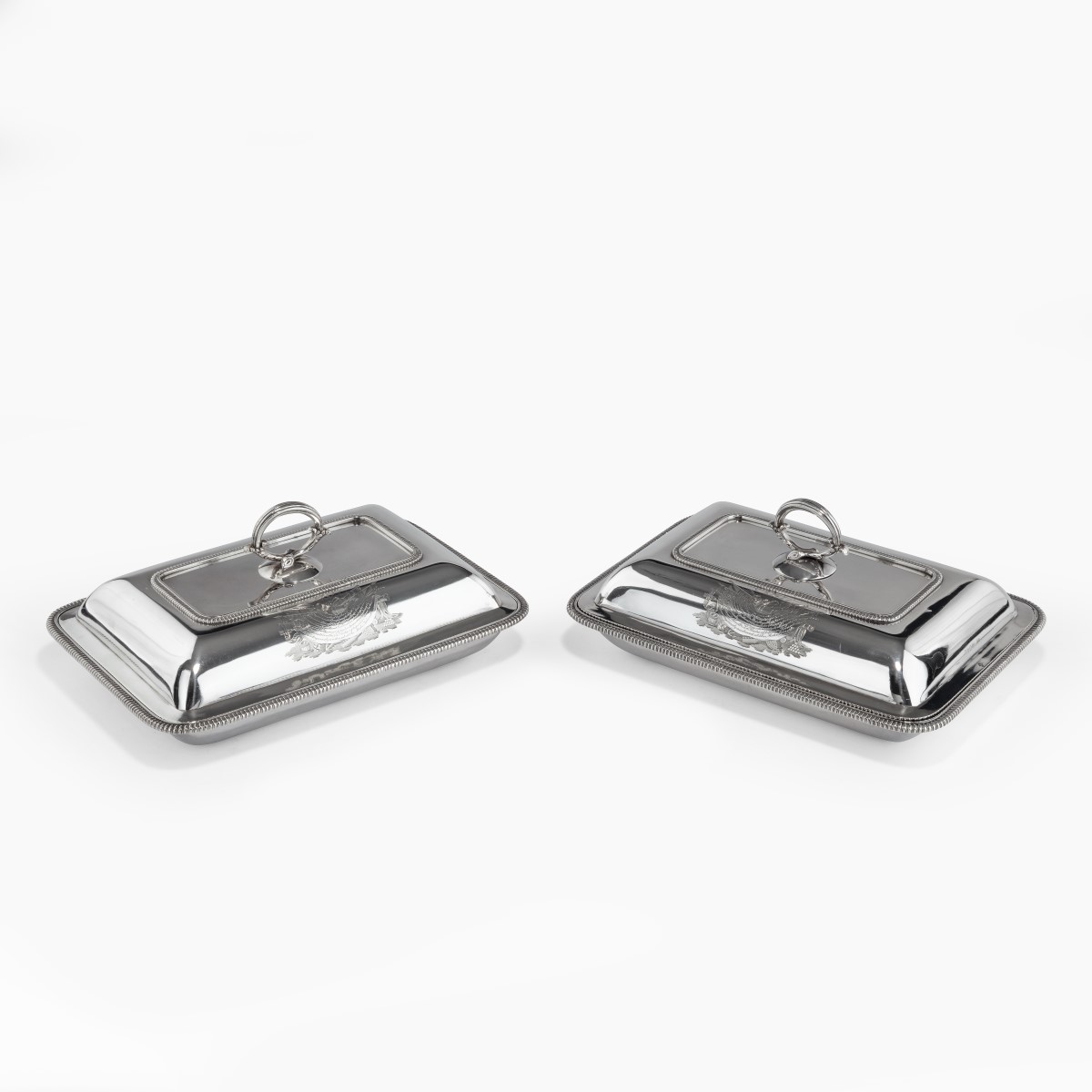 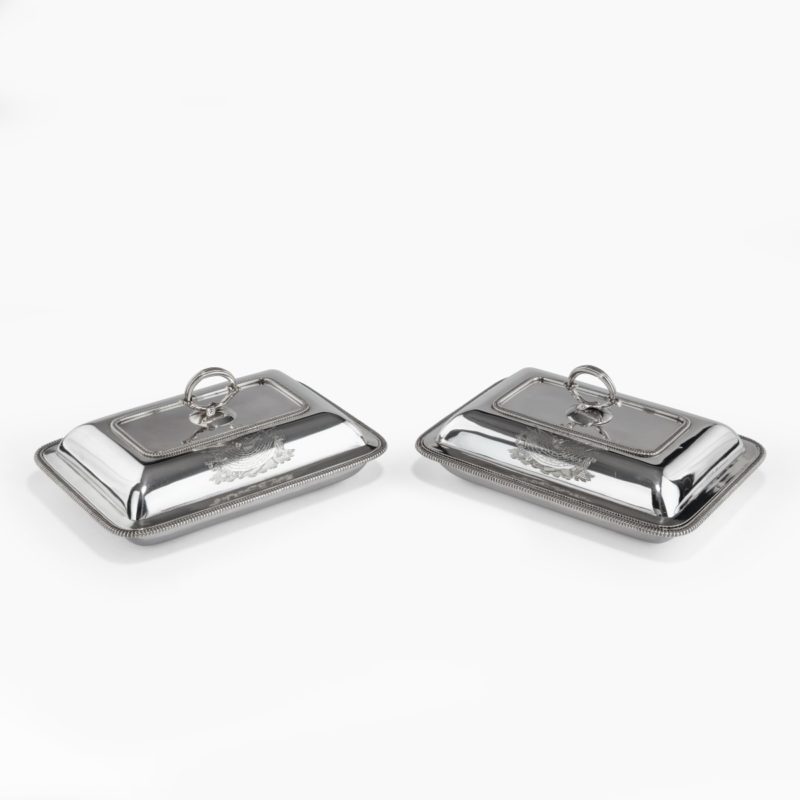 Footnotes: These silver dishes were presented to Captain Sir George Collier KCB (1774-1824) for destroying the 22-gun French corvette La Flèche whilst commanding Victor, 18 guns, in the Seychelles on 5 September 1801.  After escorting troop transports into the Red Sea ahead of the British invasion of Egypt, Victor fell in with La Flèche off Diego Garcia.  After an initial engagement, the corvette escaped to windward only to be found again four days later.  A short but fierce action ensued during which the corvette caught fire, grounded on a coral reef and sank before a prize crew could secure the ship.  As reward, the Admiralty made Collier post captain and gave him command of Leopard, 50 guns.

Born in London, Collier entered the Royal Navy in 1784. As a midshipman, he was wrecked off Madagascar in 1792 surviving among the natives of that island for six months before being rescued by a passing Portuguese brig. Unfortunately, the brig was immediately captured by a French privateer and for two more years, Collier was confined as a prisoner of war on Mauritius.  Returning to service in 1795, he was given his first command in Suffolk Tender.

Following the Peace of Amiens, Collier commanded the Sea Fencibles at Liverpool. After accompanying the expedition to Copenhagen in 1808, for which he was knighted for delivering the admiral’s dispatches, he saw action, and was wounded, supporting the military campaign in Spain.

After the war, Collier was made commodore on the African station where he was employed suppressing the slave trade with such rigour that he was elected an honorary member of the African Institution, founded by William Wilberforce.

In 1814, Collier had been given command of the 50-gun Leander to lead a squadron with specific orders to engage American super-frigates, specifically the much-feared USS Constitution.  However, in 1823 Collier was heavily criticised, and accused of cowardice, in William James’s Naval History for allowing Constitution to escape from Boston harbour then failing to bring her to action in the pursuit. Unable to clear his name, Collier committed suicide on 24 March 1824.