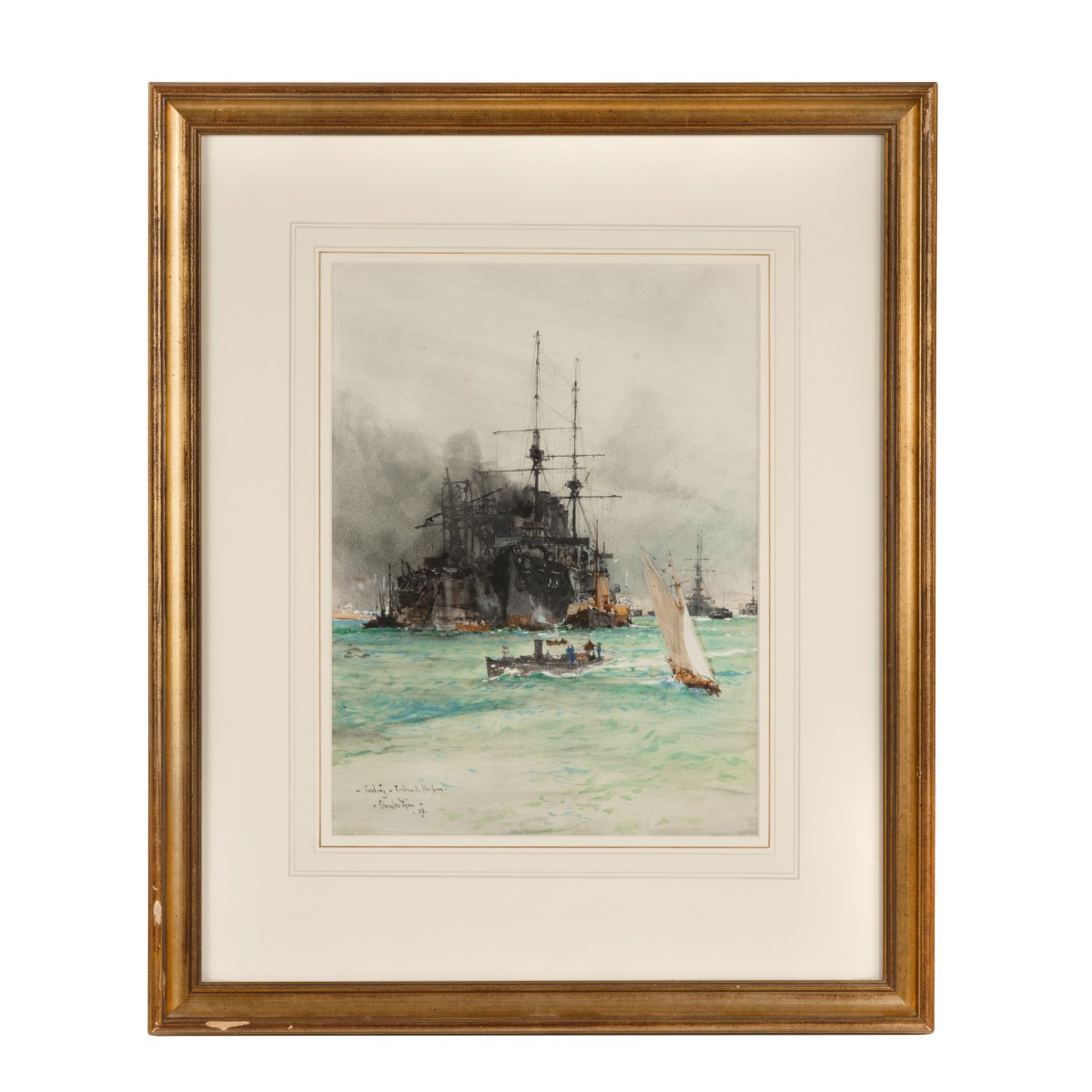 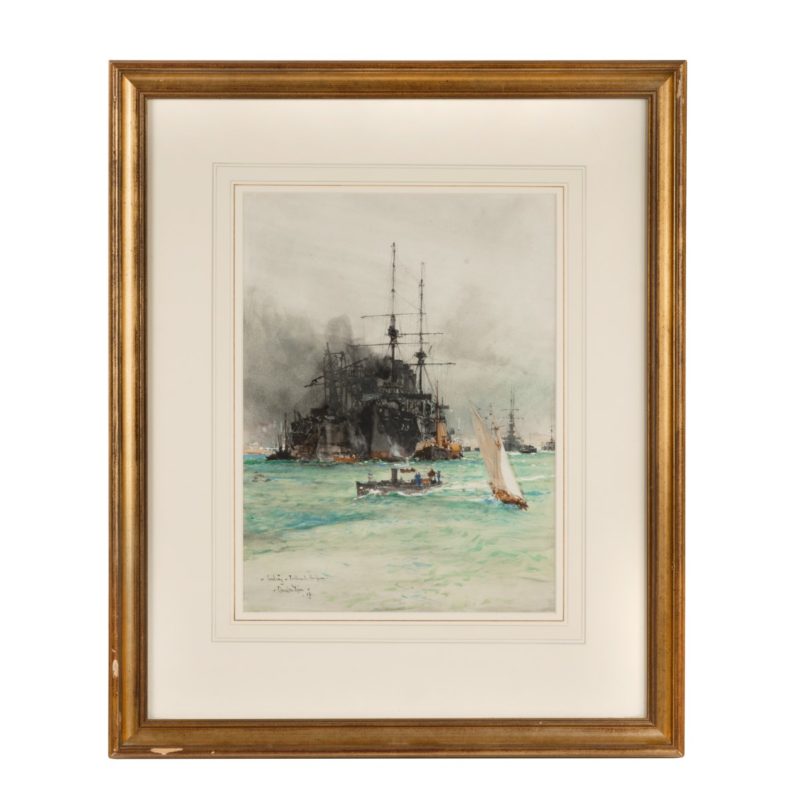 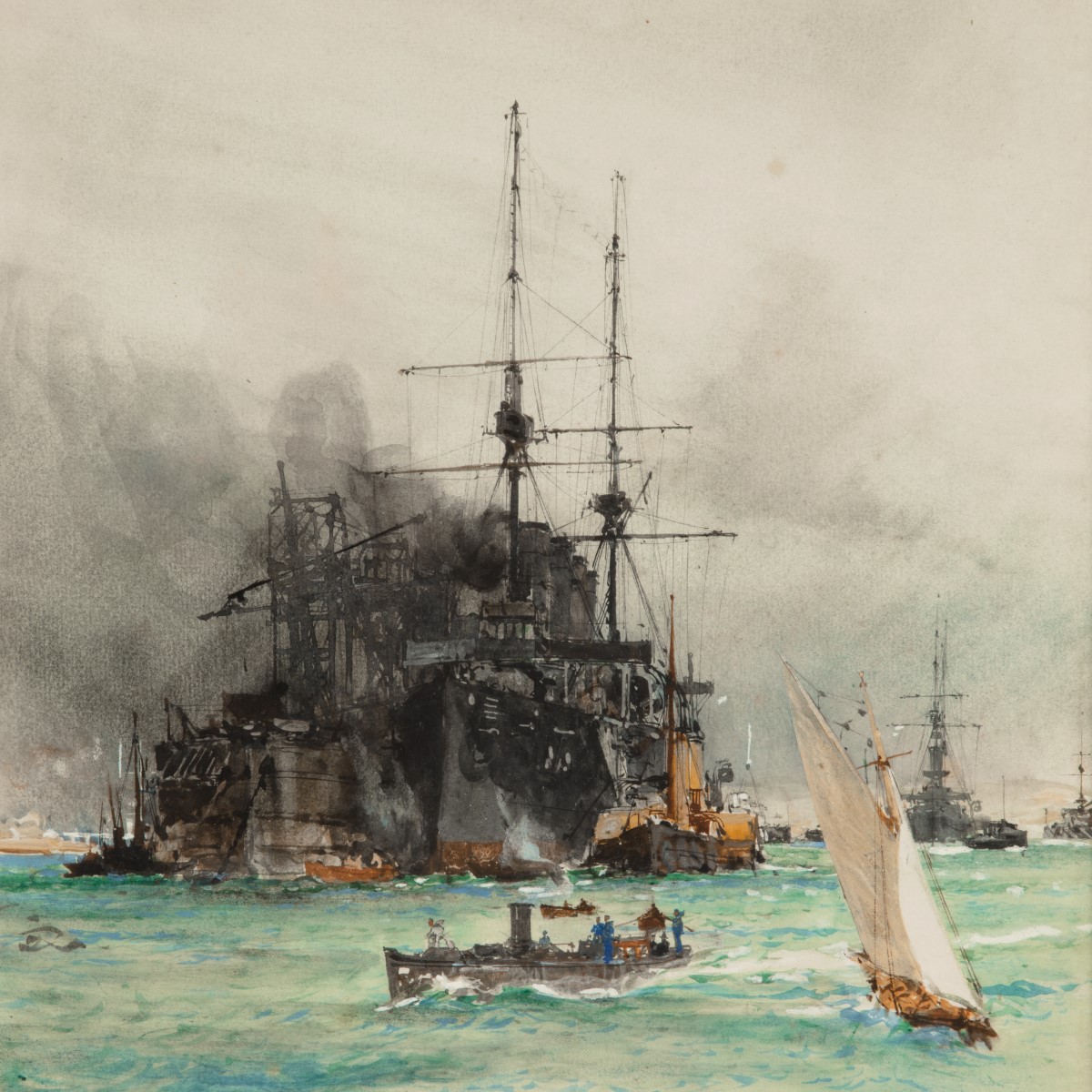 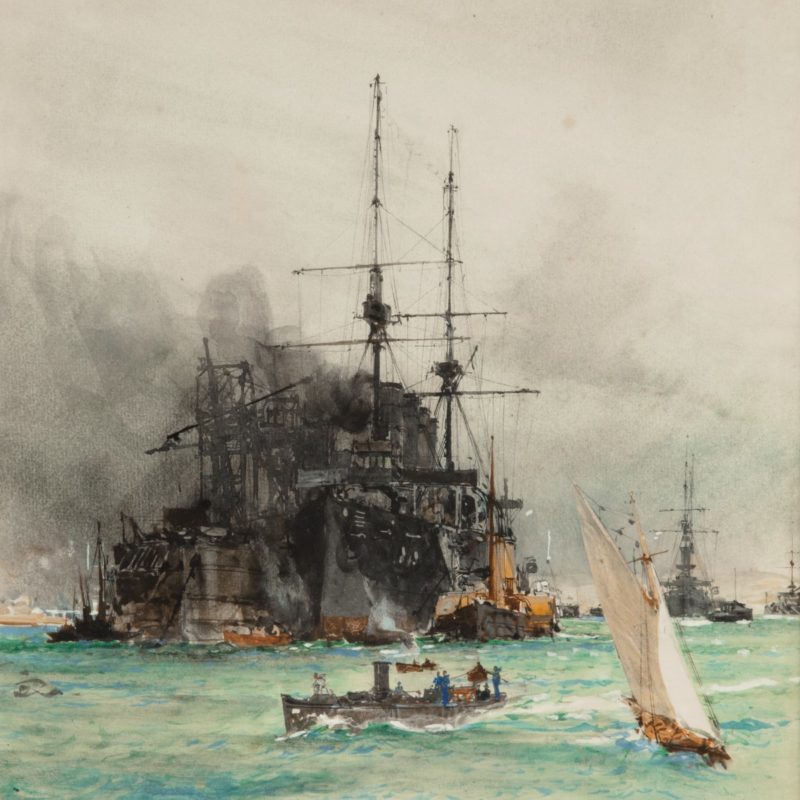 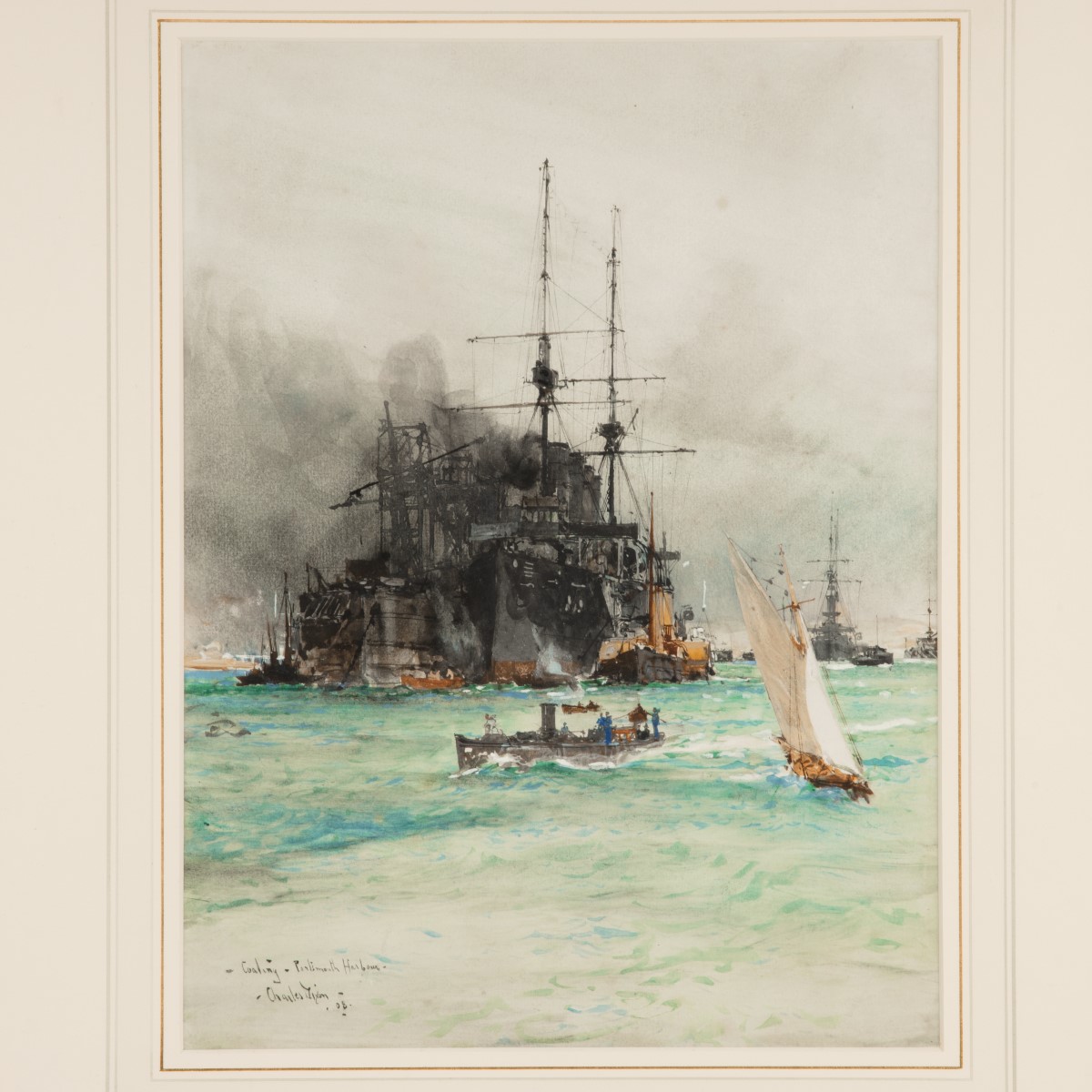 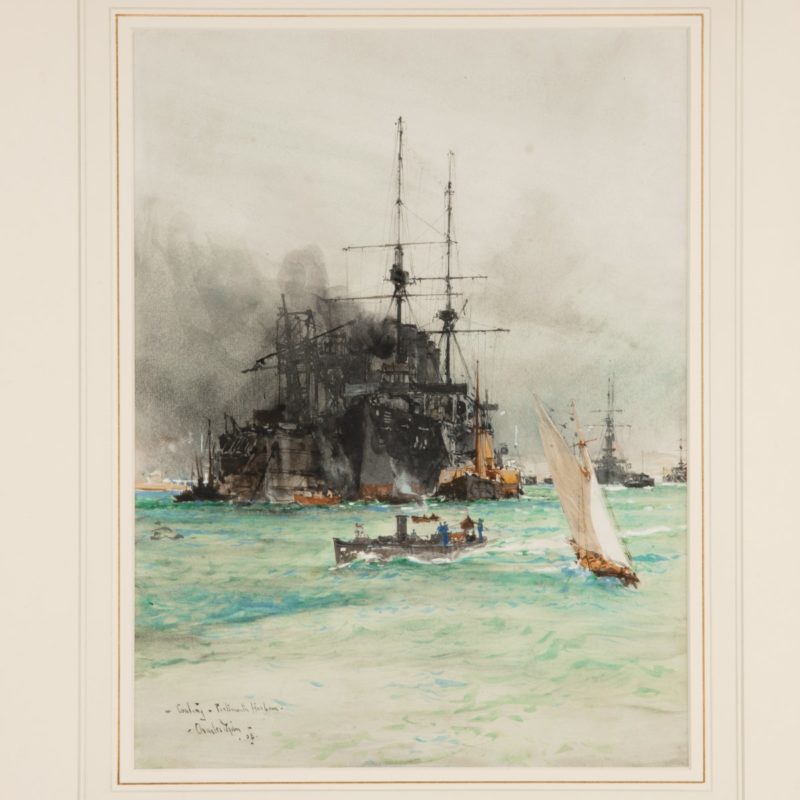 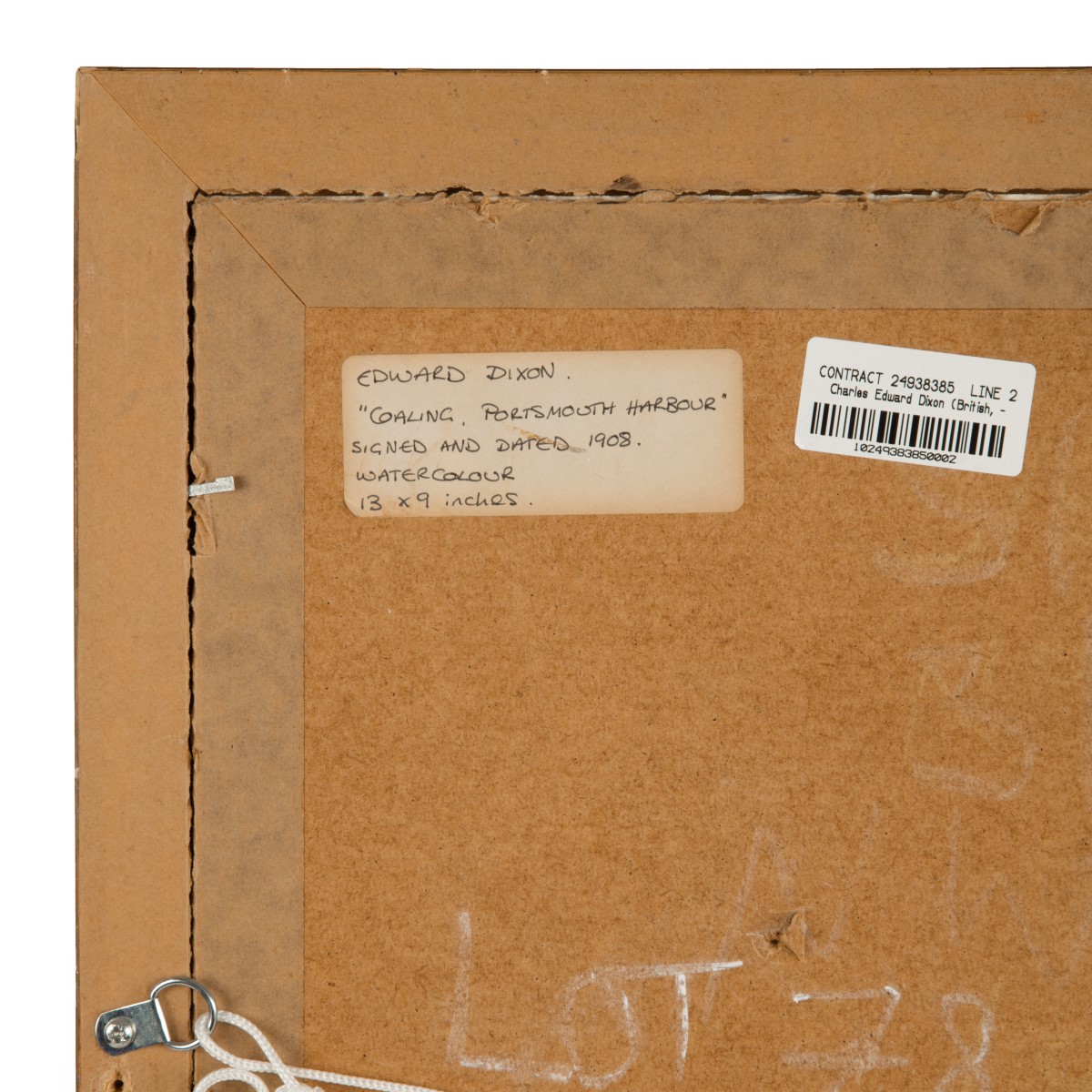 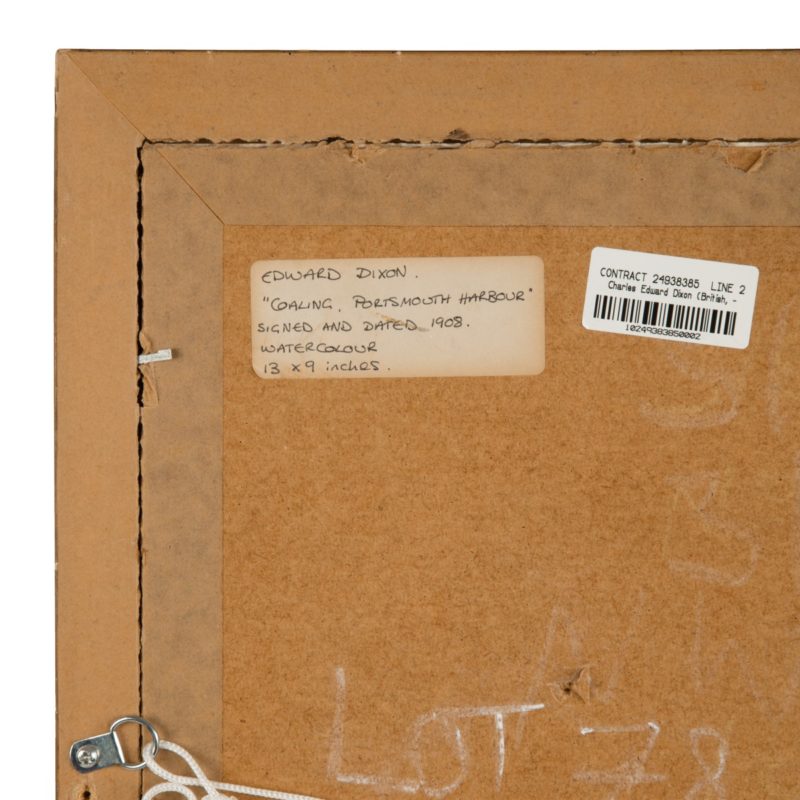 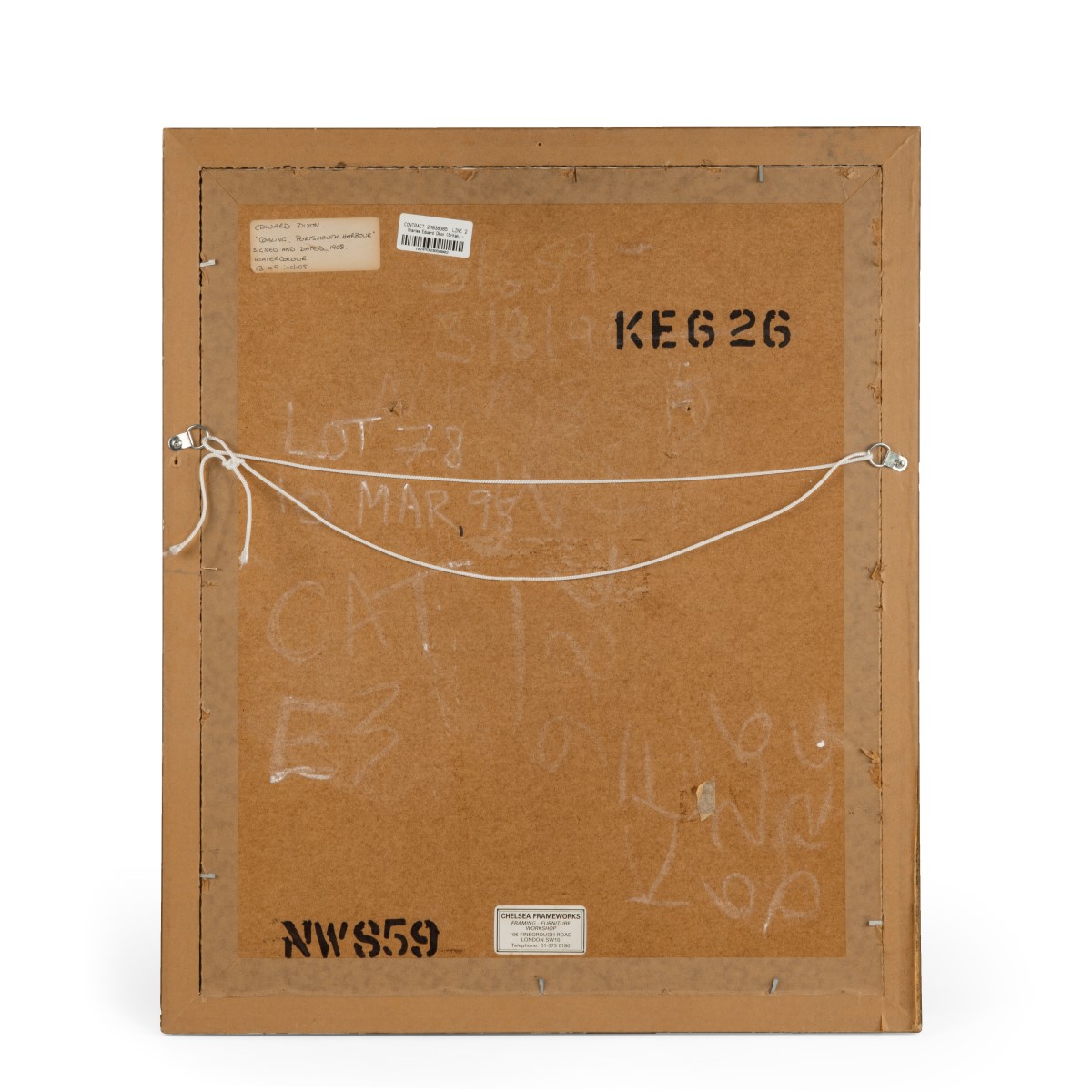 Charles Edward Dixon ‘Coaling, Portsmouth Harbour’, watercolour and gouache showing a two masted ship steamship enveloped in black smoke while being loaded and re-victualled, with a steam cutter and a sailing boat in the foreground, signed, dated and titled ‘Charles Dixon. 08’ (lower left)

Footnote: Charles Edward Dixon (British, 1872-1934) was acclaimed as an outstanding early 20th century artist, especially in watercolour; first exhibiting at the Royal Academy at the age of 16.  He was the son of the genre and history painter Alfred Dixon and he himself developed a taste for historical subjects, though always of naval interest.  His most noted works were of famous battle scenes, views of the Port of London and estuary scenes with steam and sail.  He drew illustrations for the Sphere, the Illustrated London News and the Graphic.  In addition, he was a friend of Sir Thomas Lipton and went out with all five of Lipton’s “Shamrocks” to record the America’s Cup races off Sandy Hook.