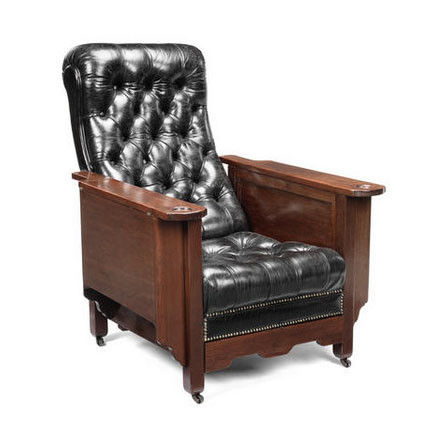 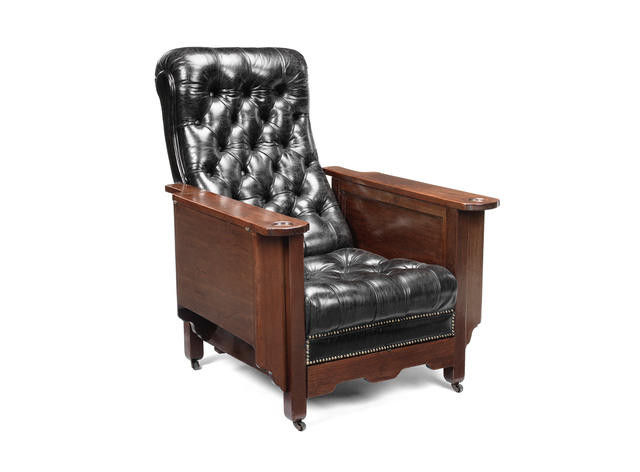 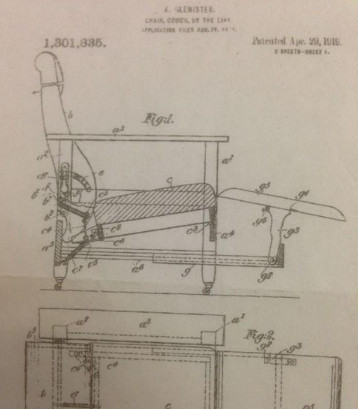 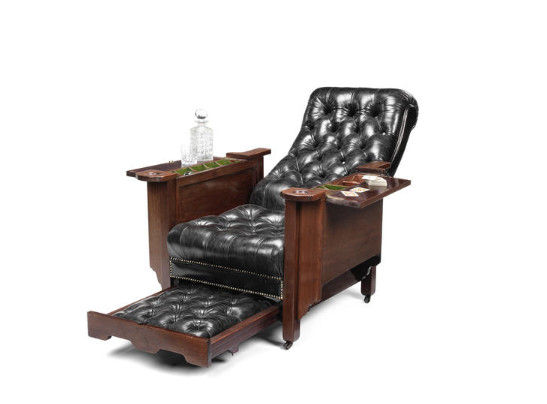 An early 20th century mahogany ‘Glenister’s patent’ reclining gaming chair by Albert Glenister. Circa 1919, the two arm supports with hinged lids and circular dished front ends, one lid enclosing a baize lined divided interior, two pull-out compartments and some playing cards, the other lid enclosing a baize lined compartment incorporating five divisions with two associated decanters and two glasses, above a shaped slide to the front opening to reveal a hinged adjustable footrest, on castors, the reverse applied with an oval plaque which reads: ‘GLENISTER’S PATENT.. OF 1916, Rd. DESIGN No. 657361’.

Provenance: Photocopies of two highly detailed designs originally produced by Albert Glenister, dated 29 April 1919, are available upon request. Glenister is credited as the inventor of this ingenious model, often referred to as a reclining gaming chair, and was evidently responsible for ensuring it was patented in his name.