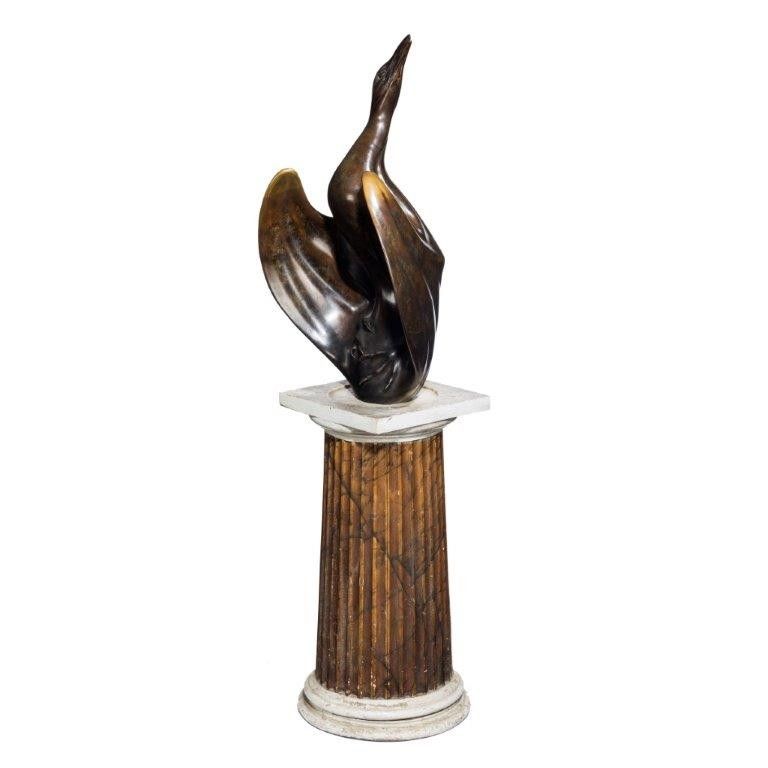 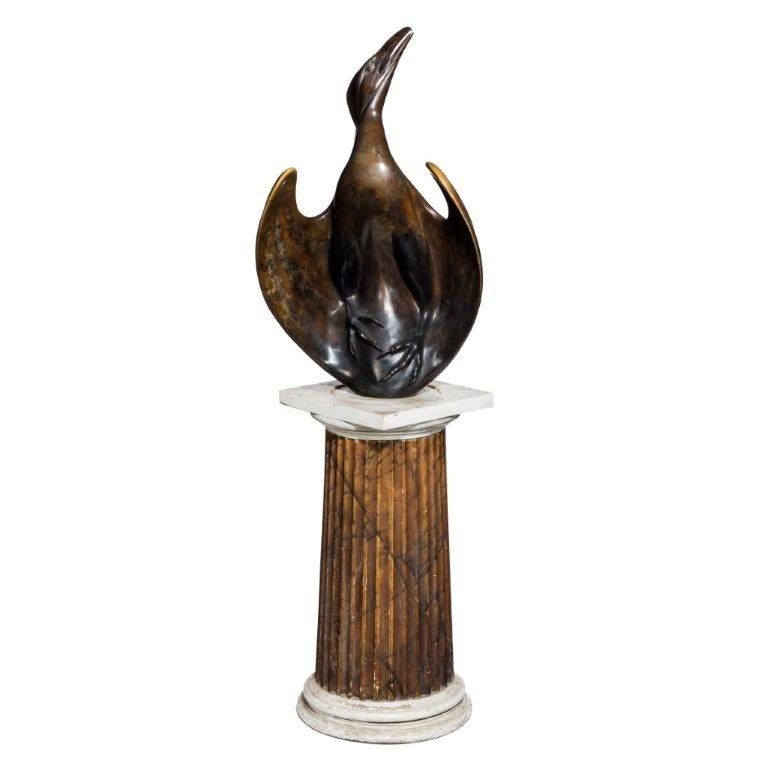 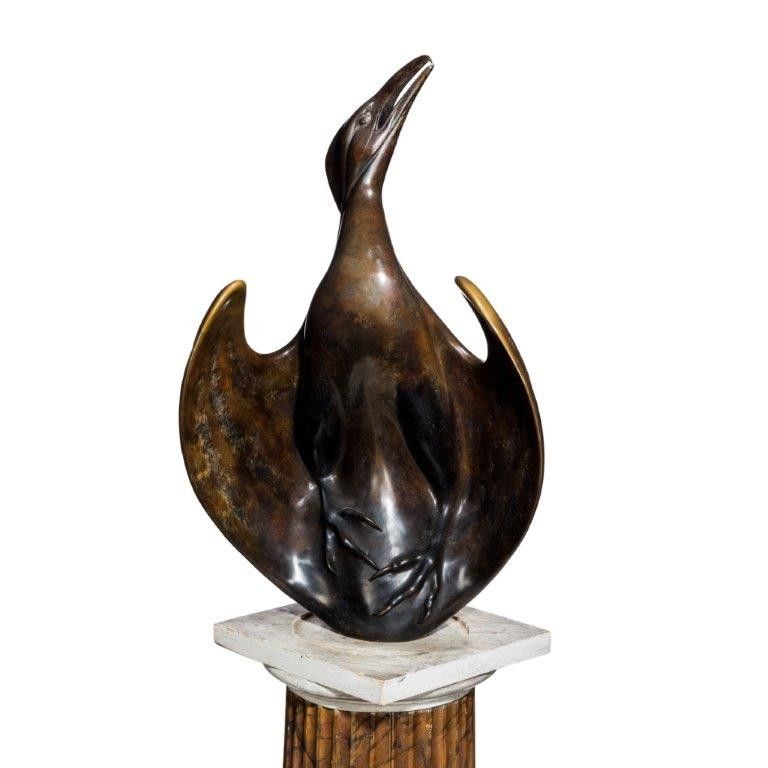 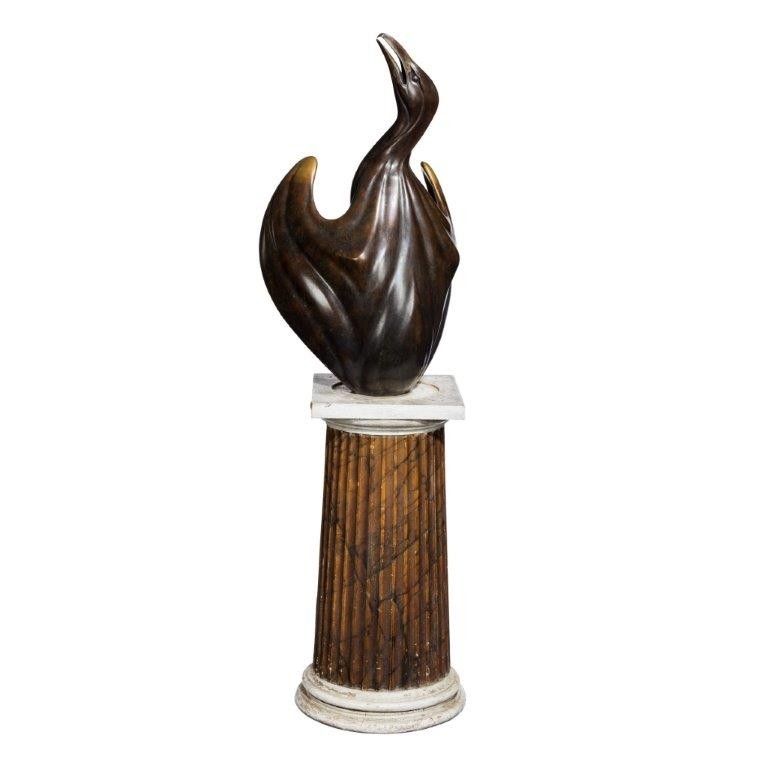 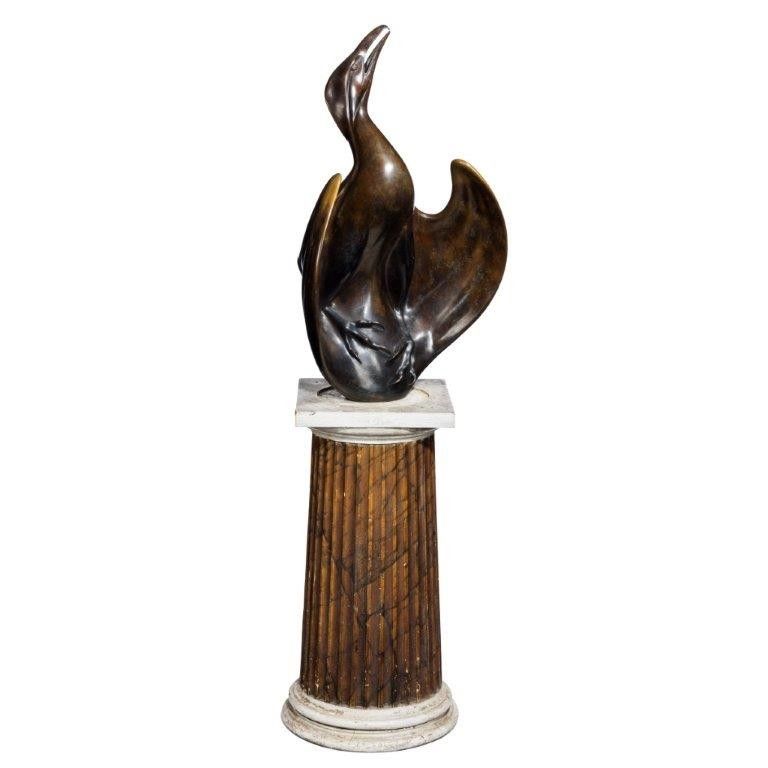 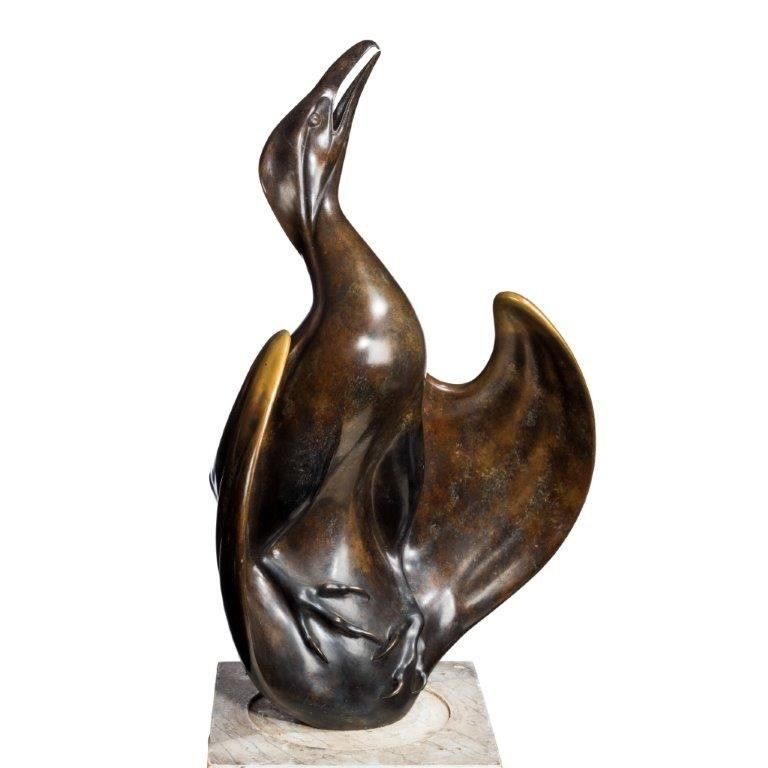 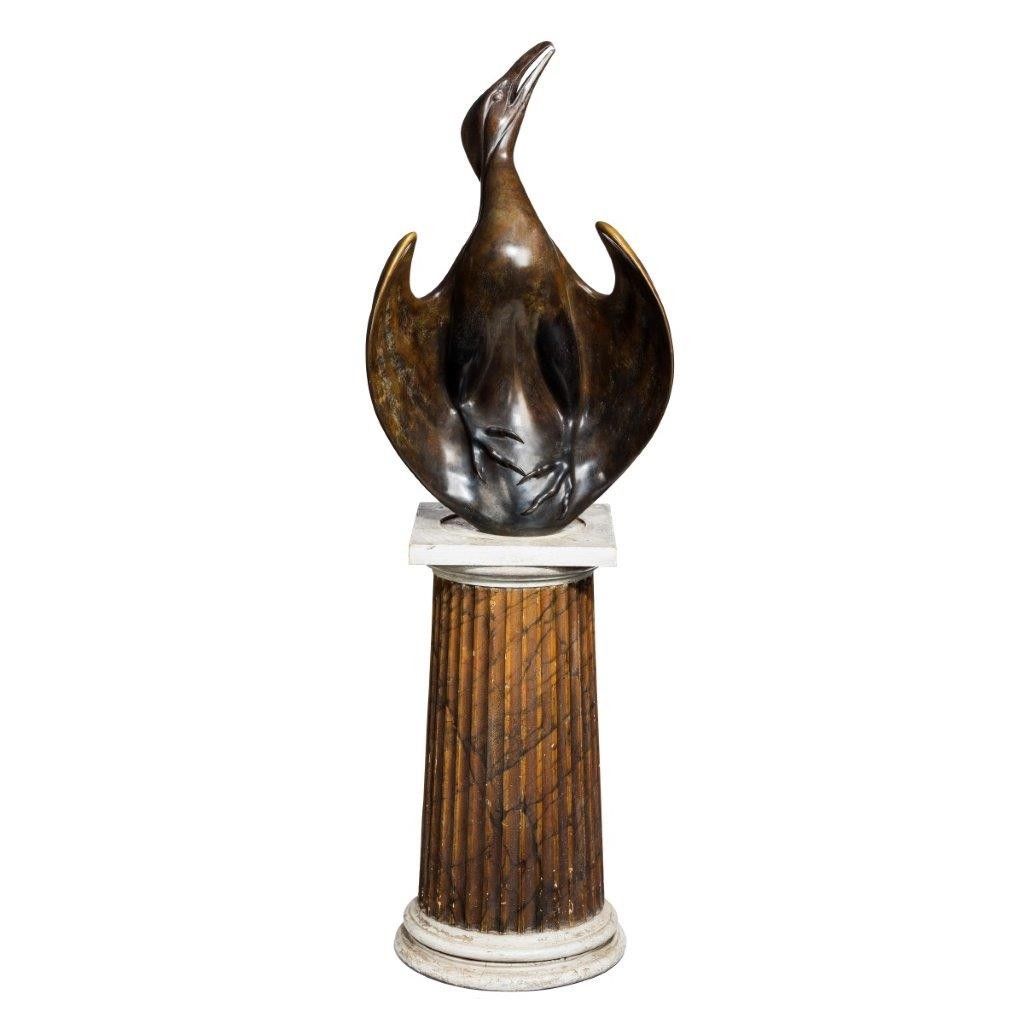 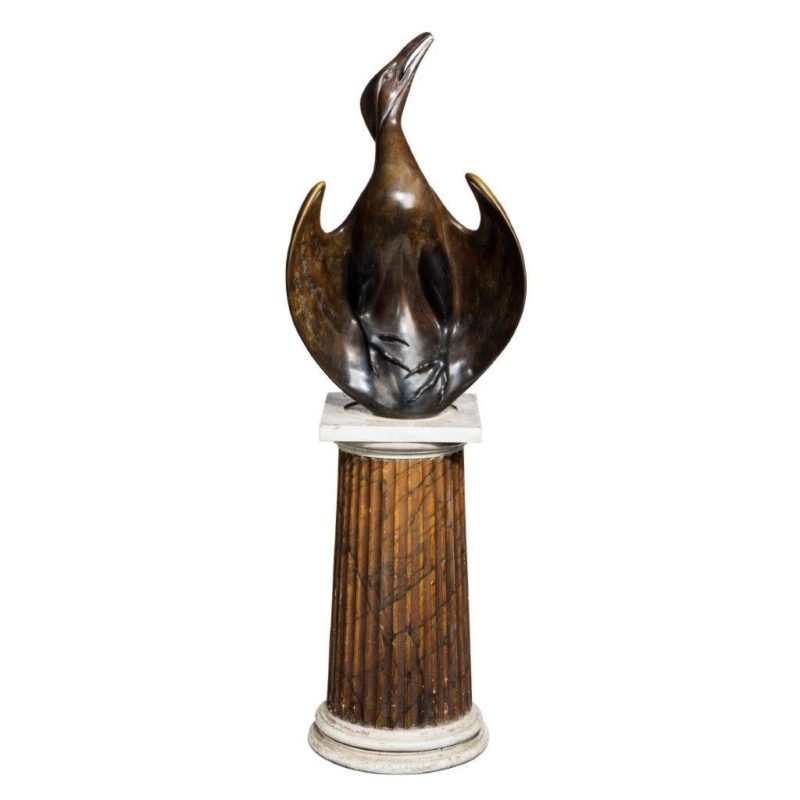 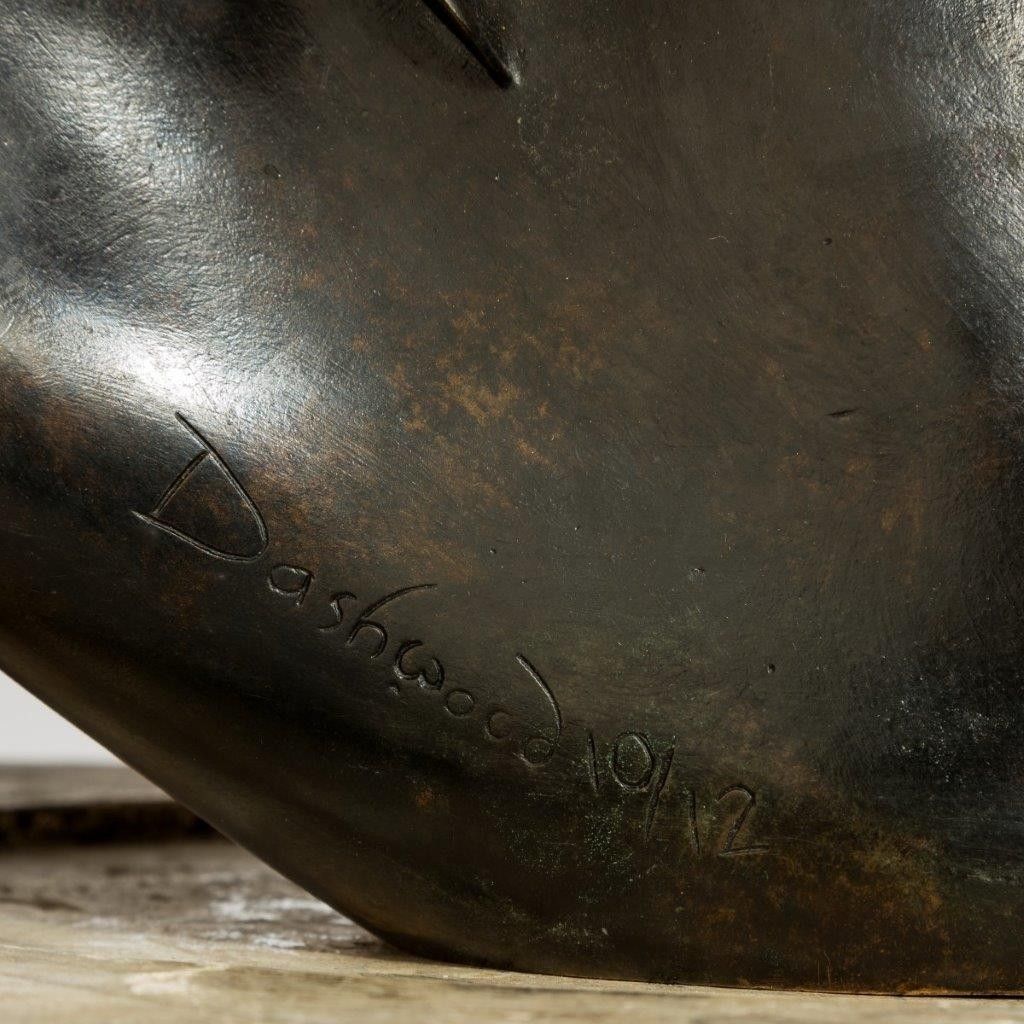 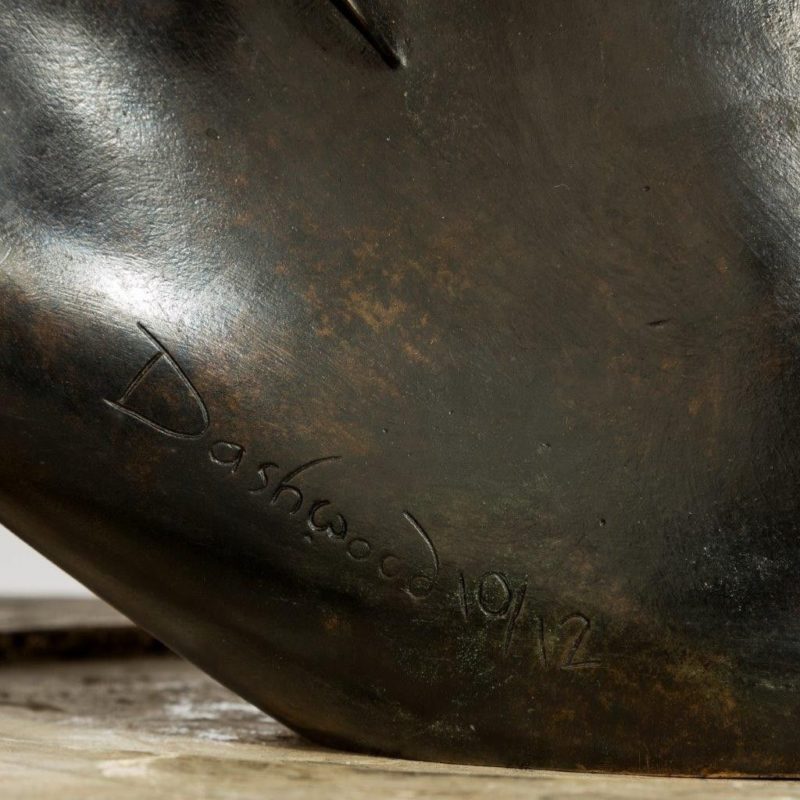 Geoffrey Dashwood was born 1947 and won a scholarship to Southampton College of Art at 15, but left after a brief period, preferring to study directly from nature. He worked in varied occupations to support himself including the Forestry Commission in the New Forest, where became both keeper and unofficial ‘artist in residence’. In the 1980s he discovered a gift and a passion for sculpture. His earliest works were small, highly realistic studies of English wildlife but he became increasingly dissatisfied with the constraints of realism and the lack of personal expression the genre afforded him. Dashwood began to eliminate ‘all superficial detail to attain refined forms with smooth surfaces, enhanced by the application of coloured and multi-coloured patinas’. He created his own distinctive style which is firmly established in the field of contemporary art and now internationally recognized. His works have been bought by HM The Queen , Lady Getty, The Koch Collection, the National Museum of Wildlife, Wyoming, Oxford University, Mrs Kerry Packer, The Rare Bird Club, London, Sascha M Rockefeller, and many other noted private and national collections.
(We are indebted to the Geoffrey Dashwood website for this information.)