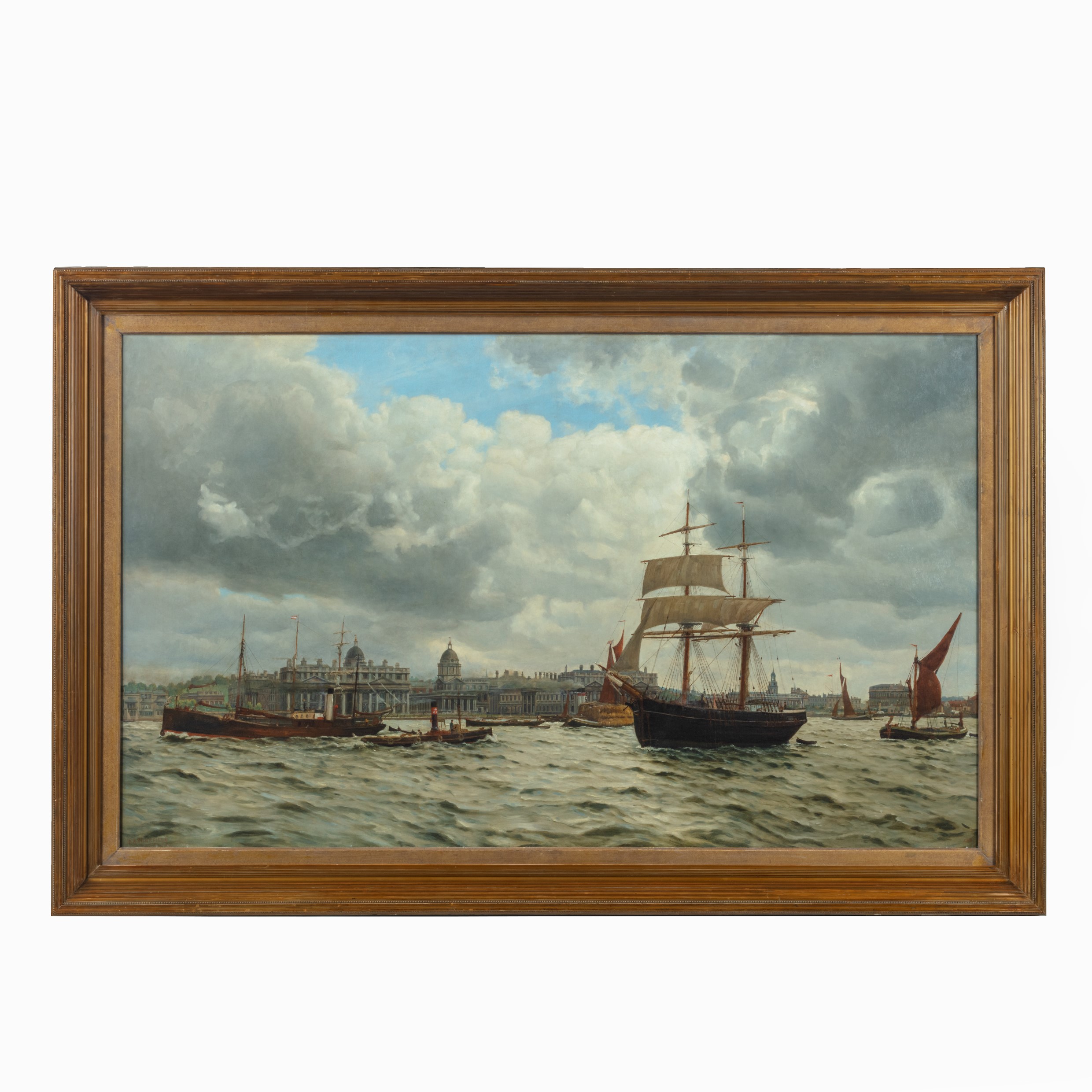 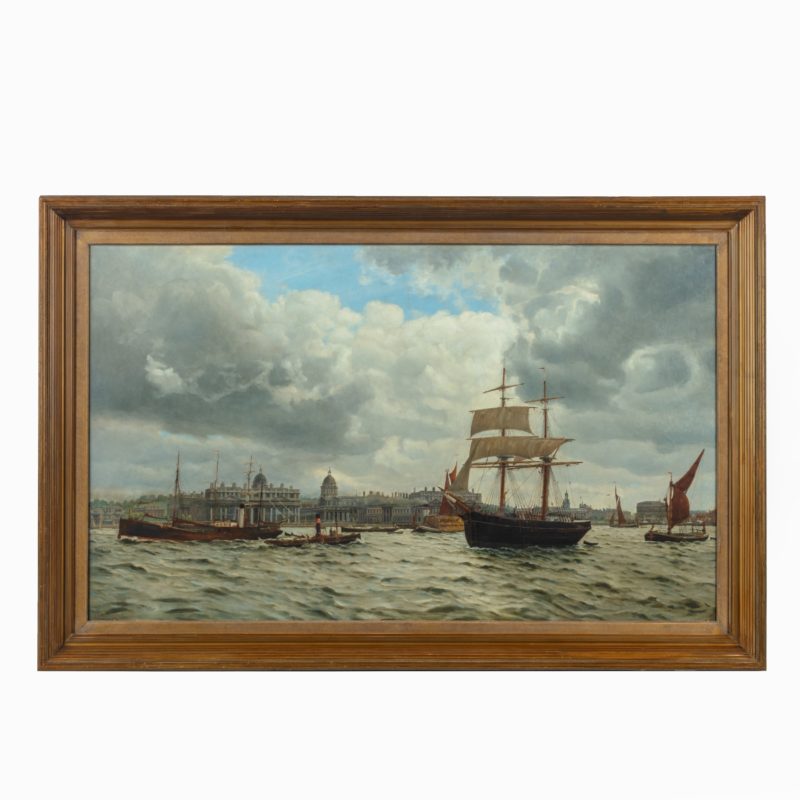 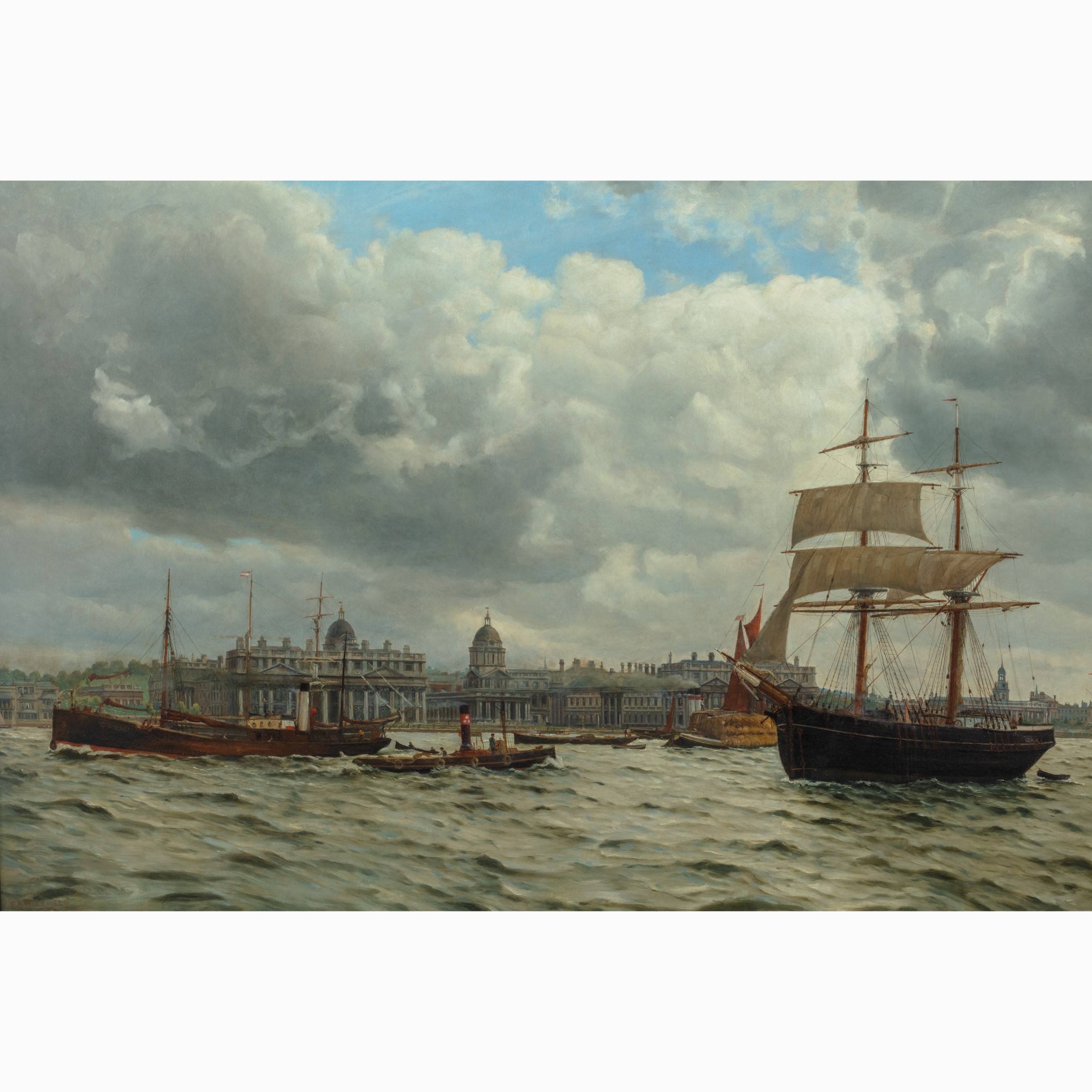 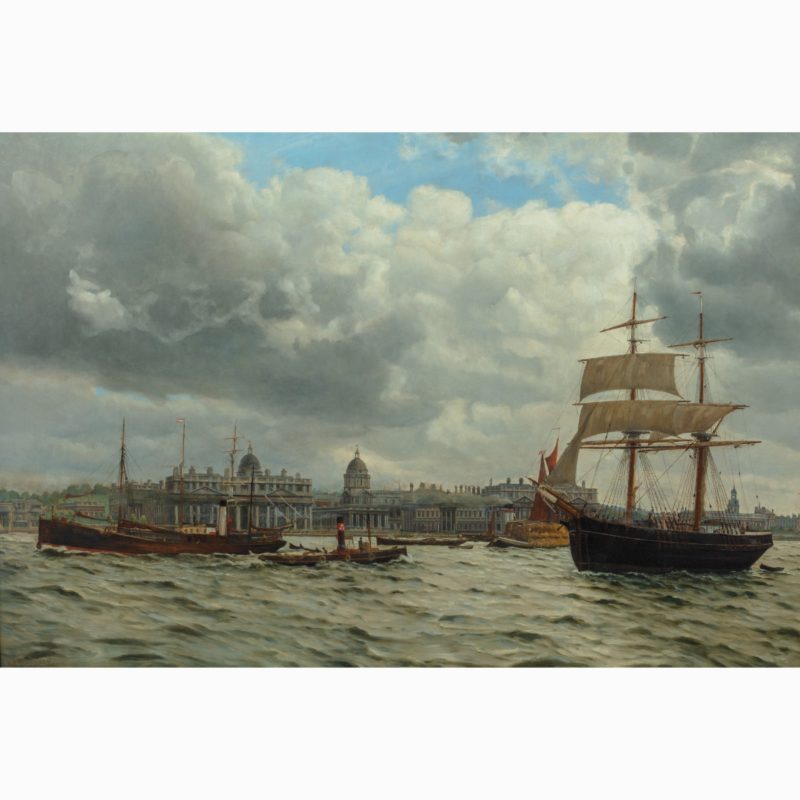 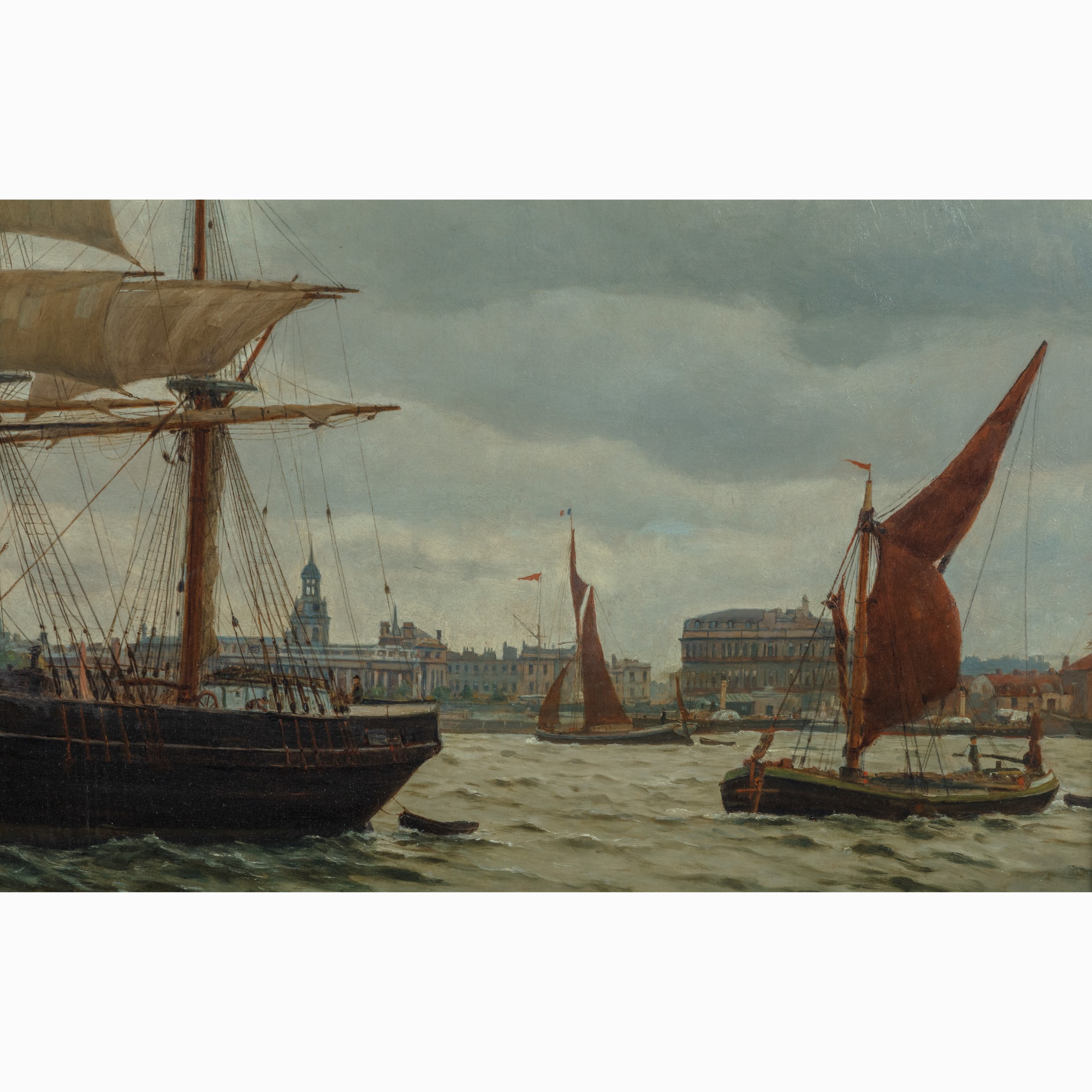 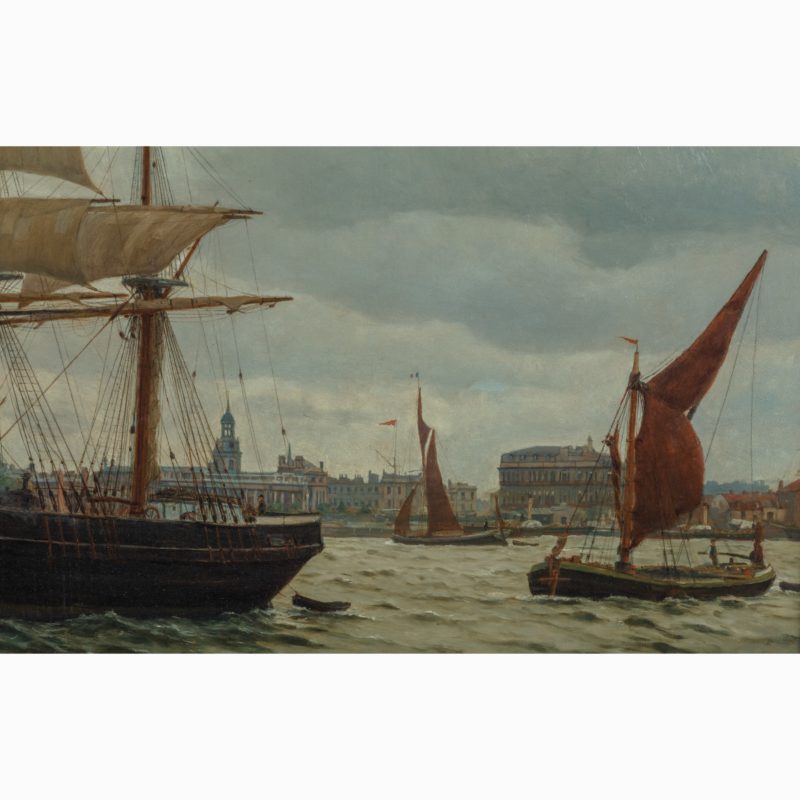 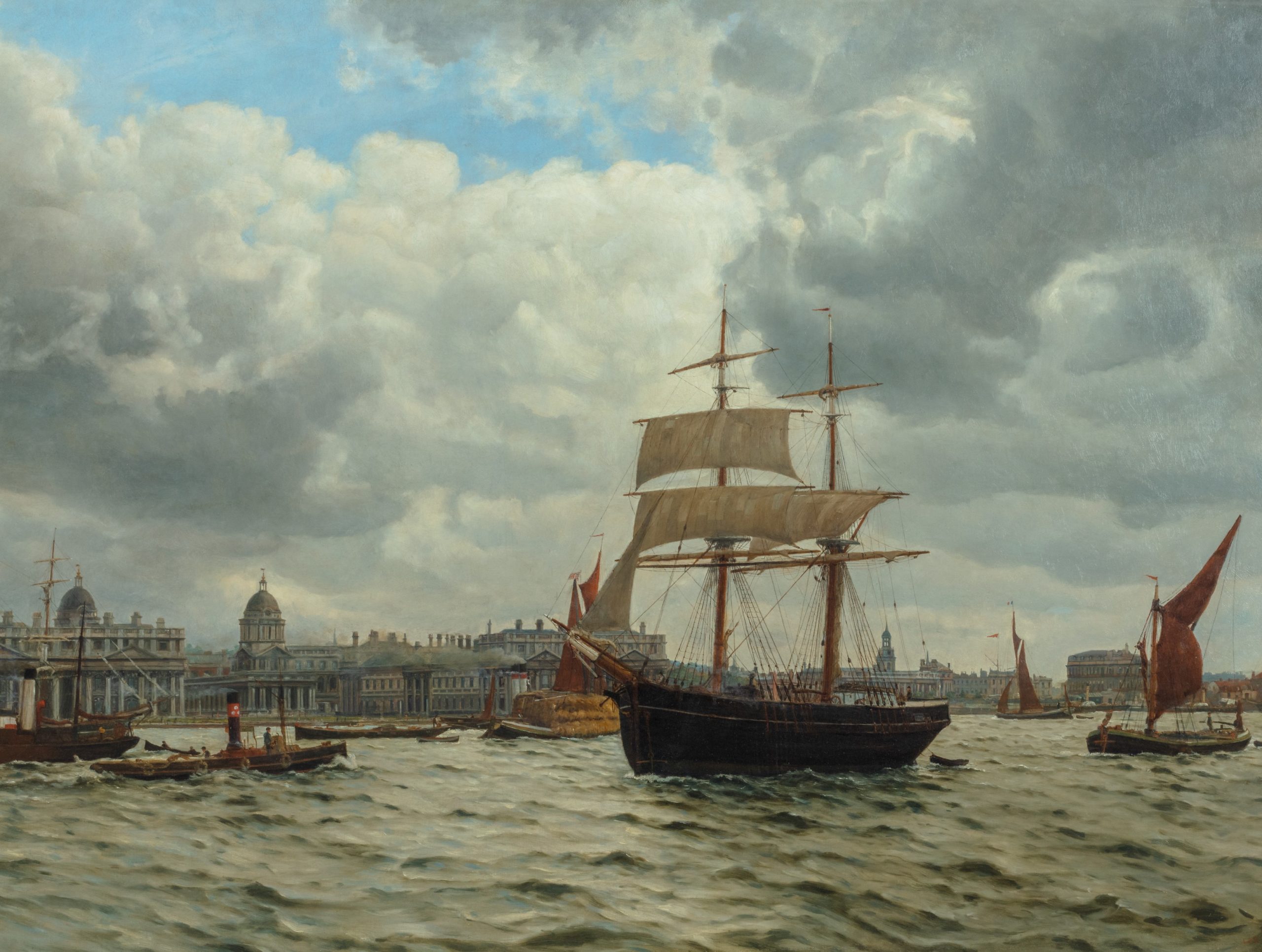 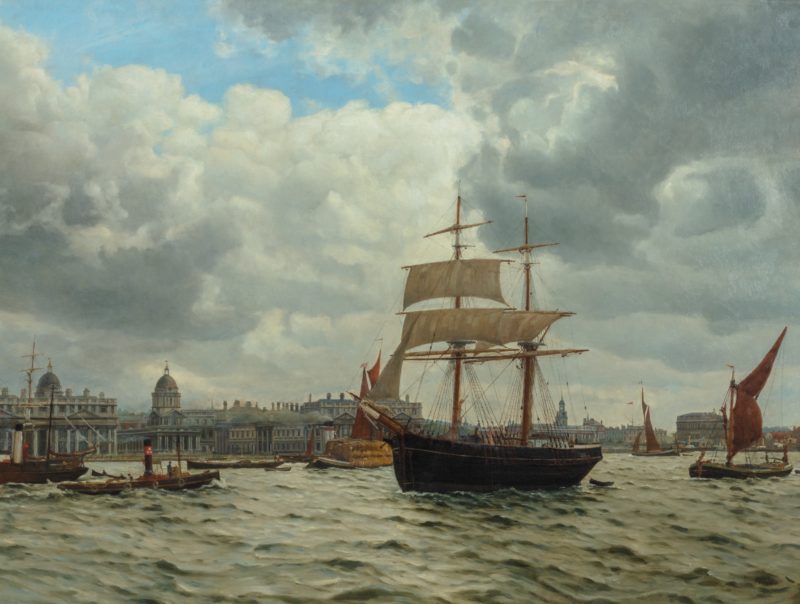 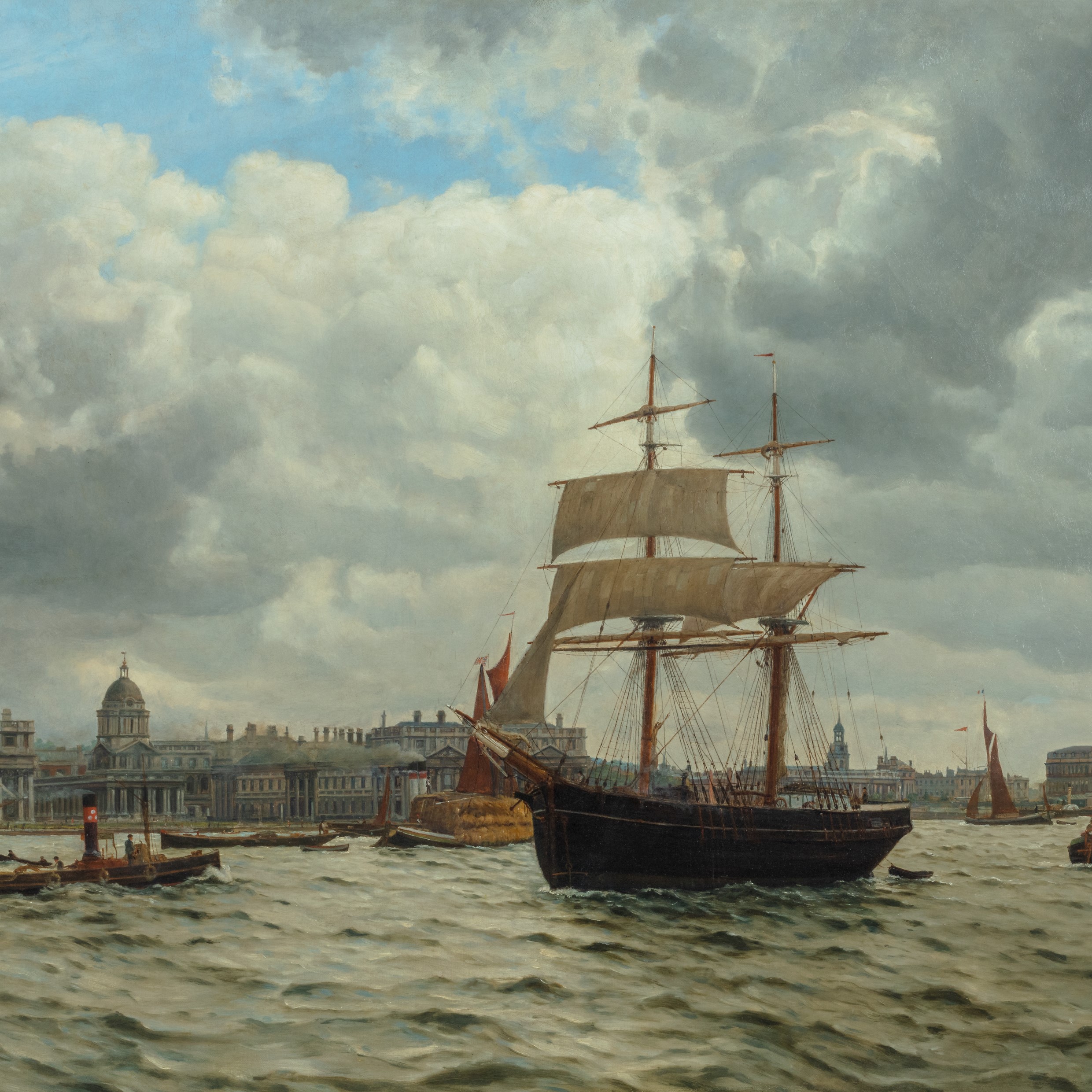 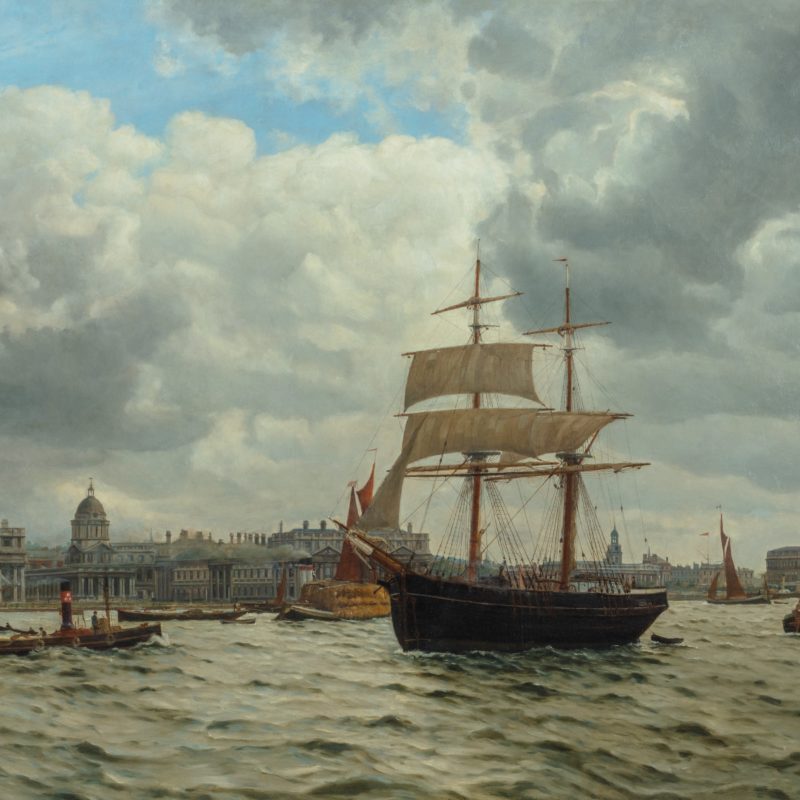 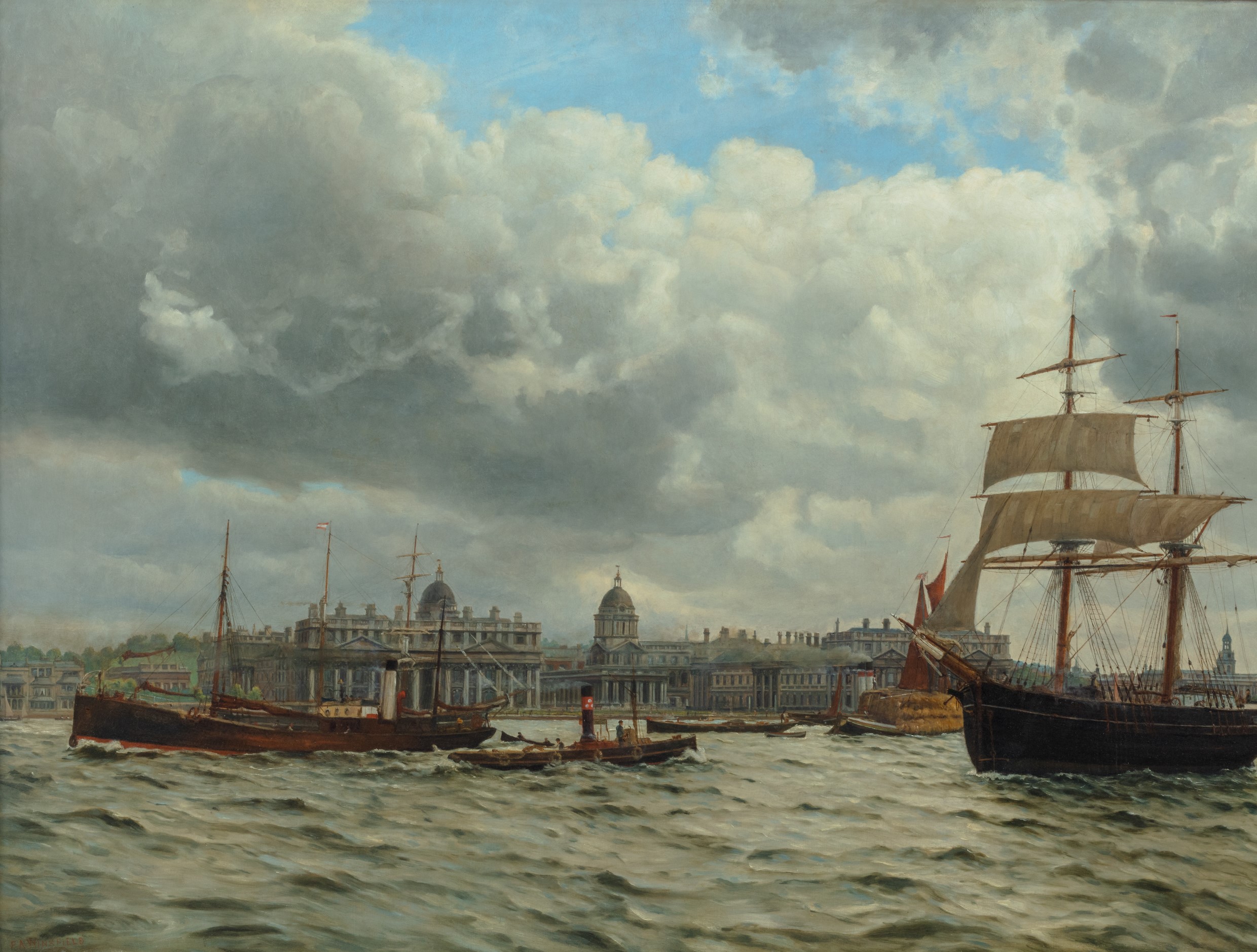 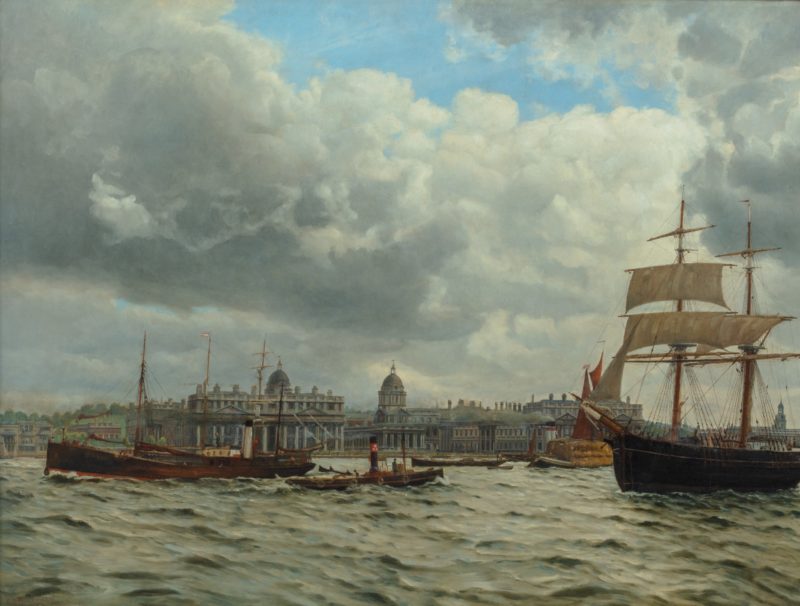 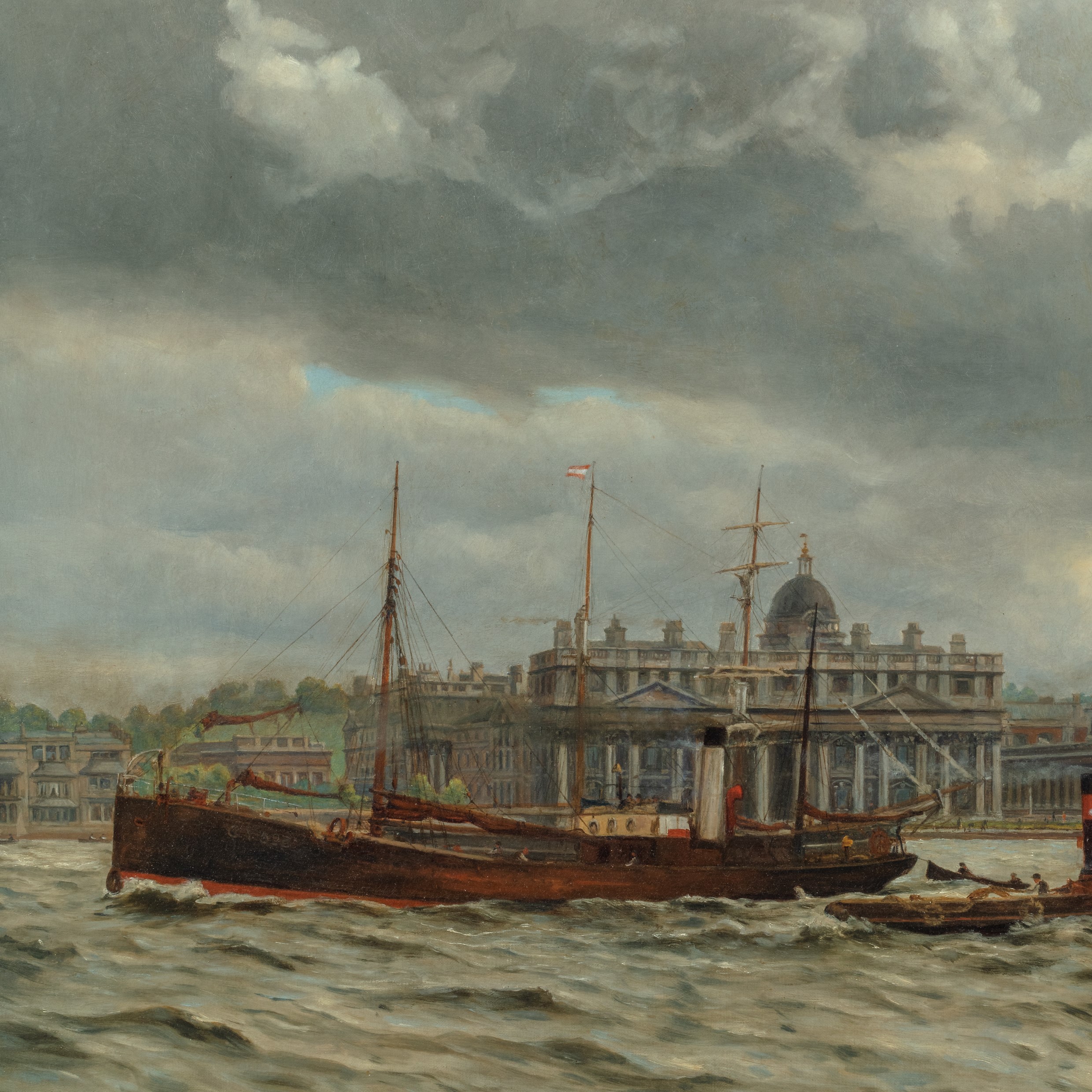 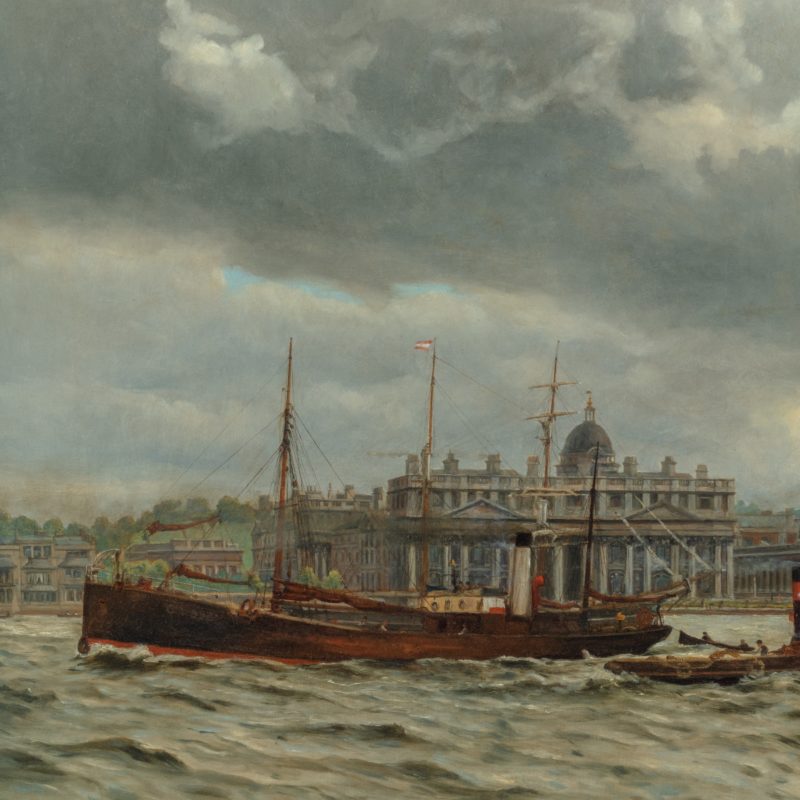 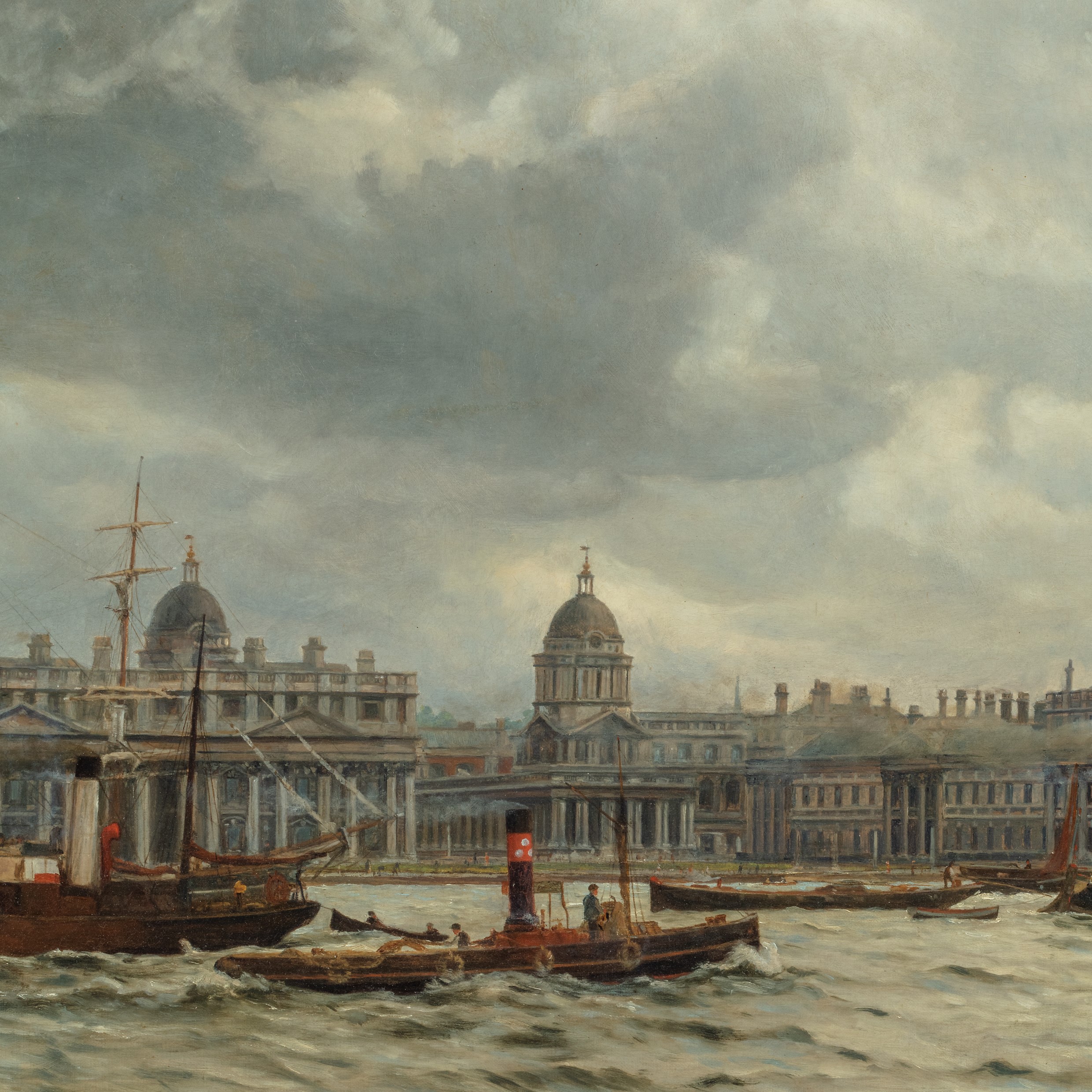 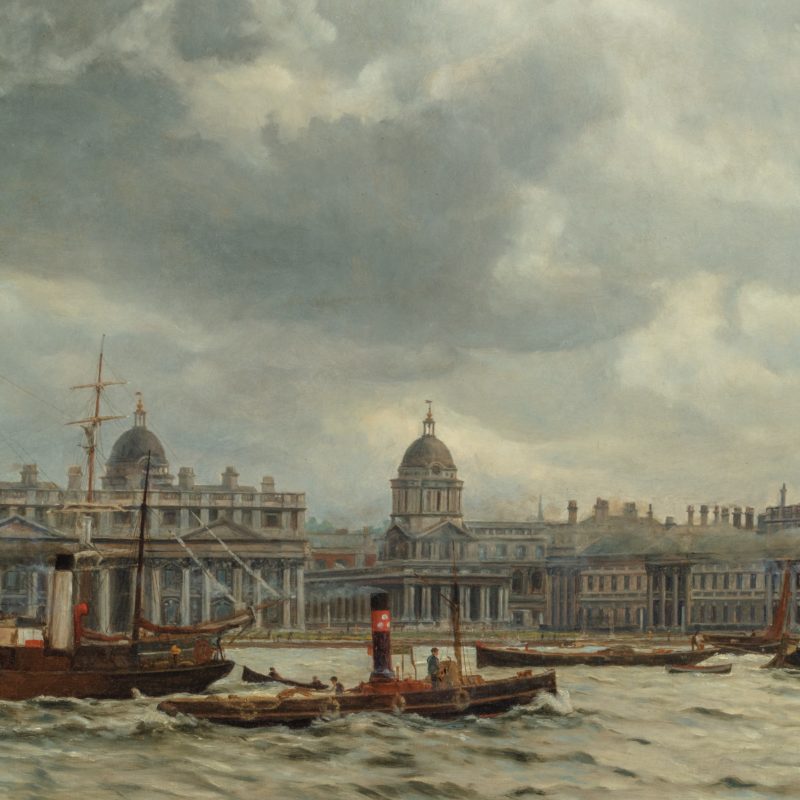 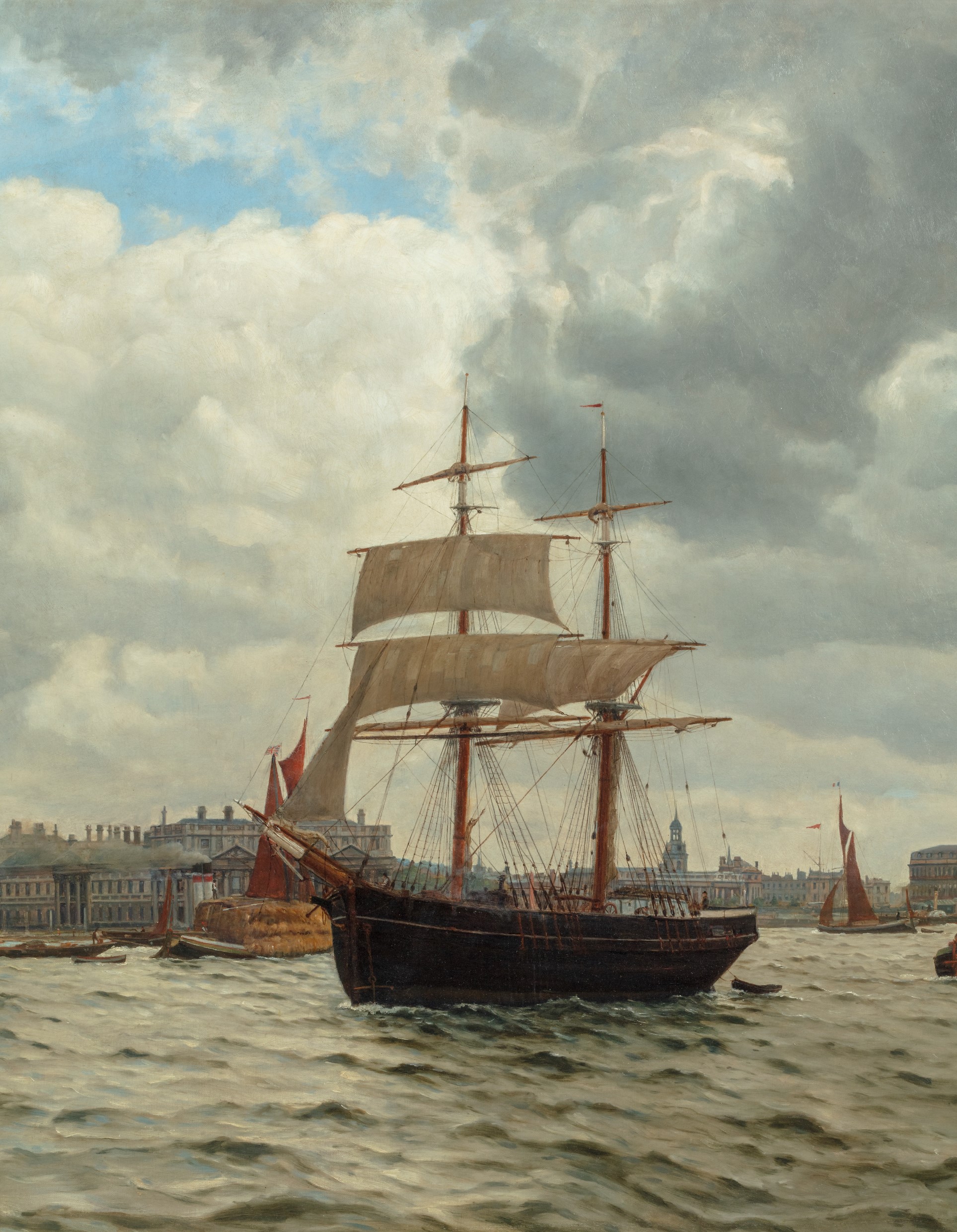 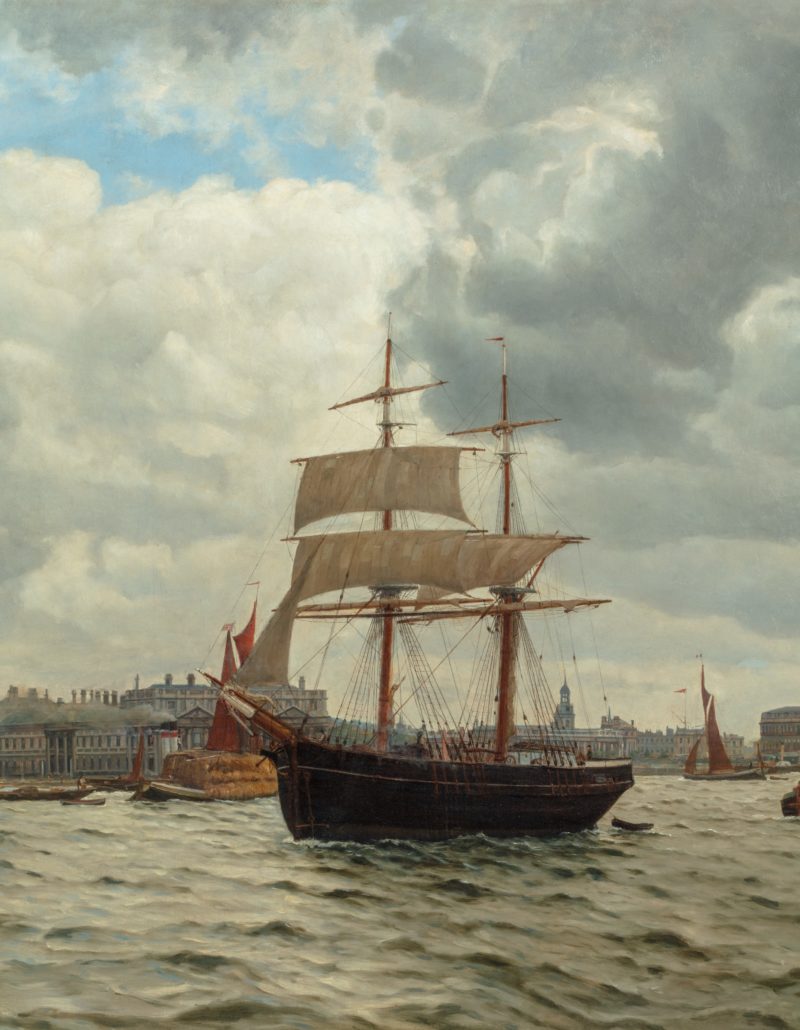 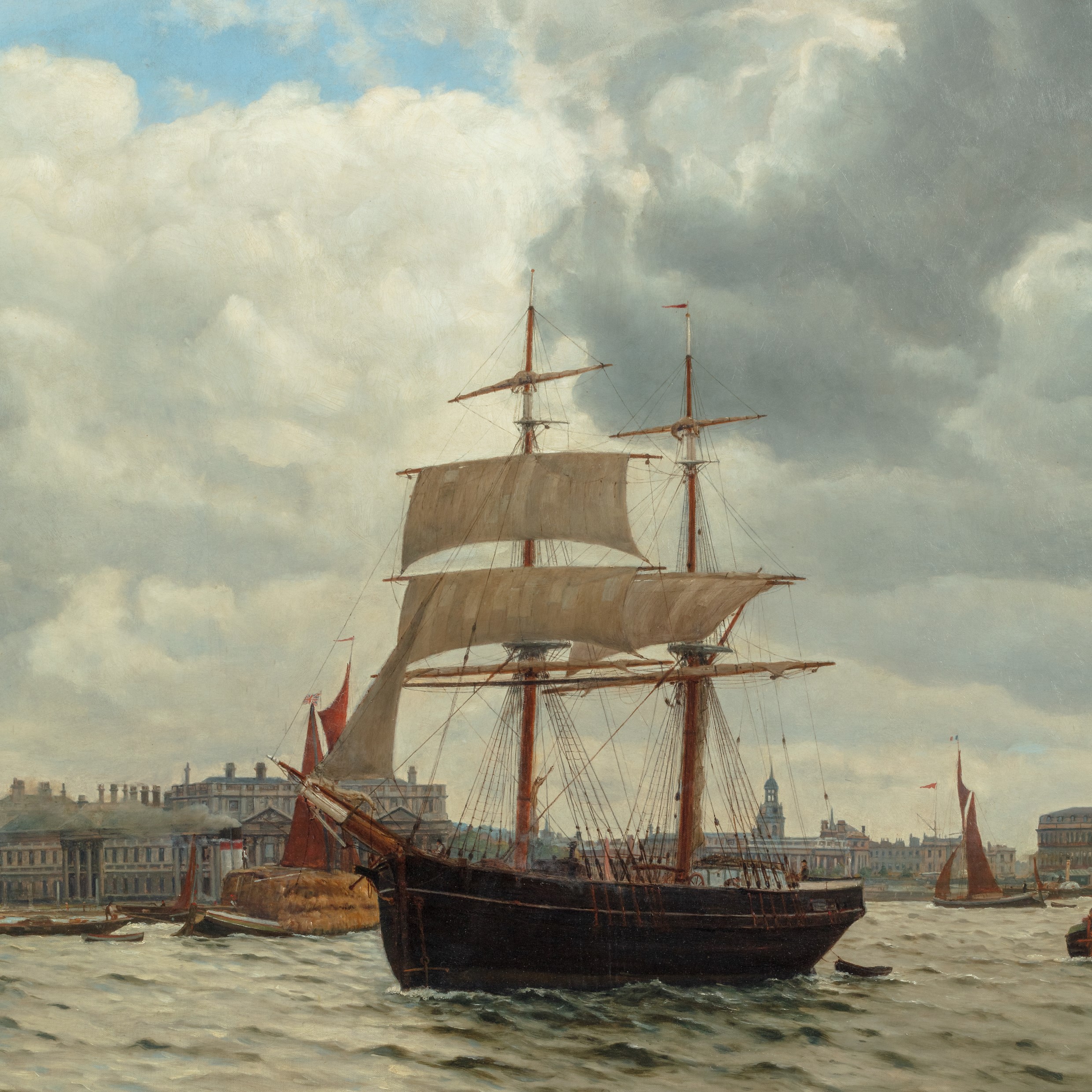 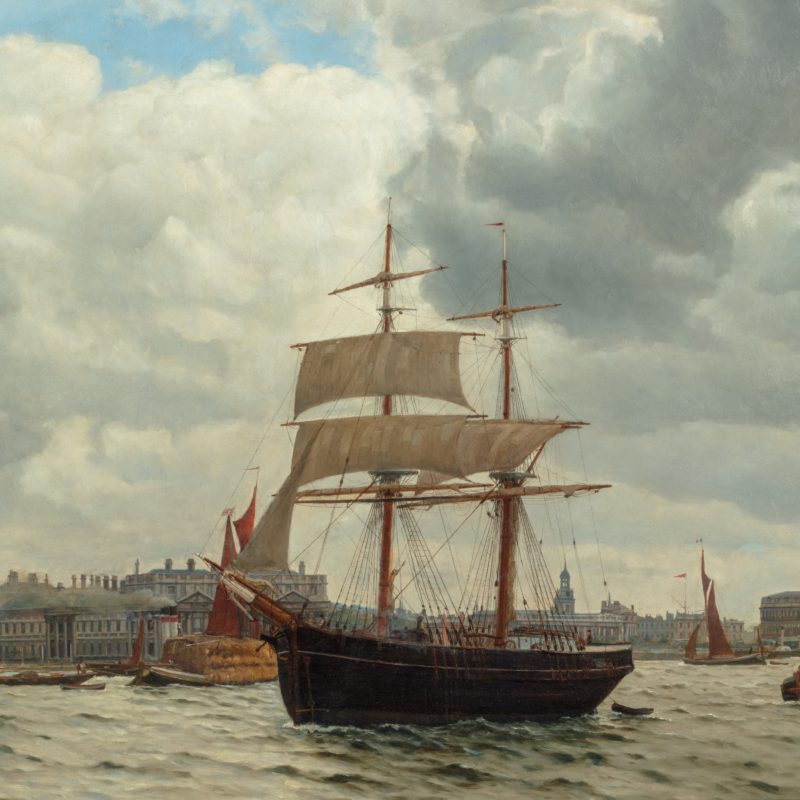 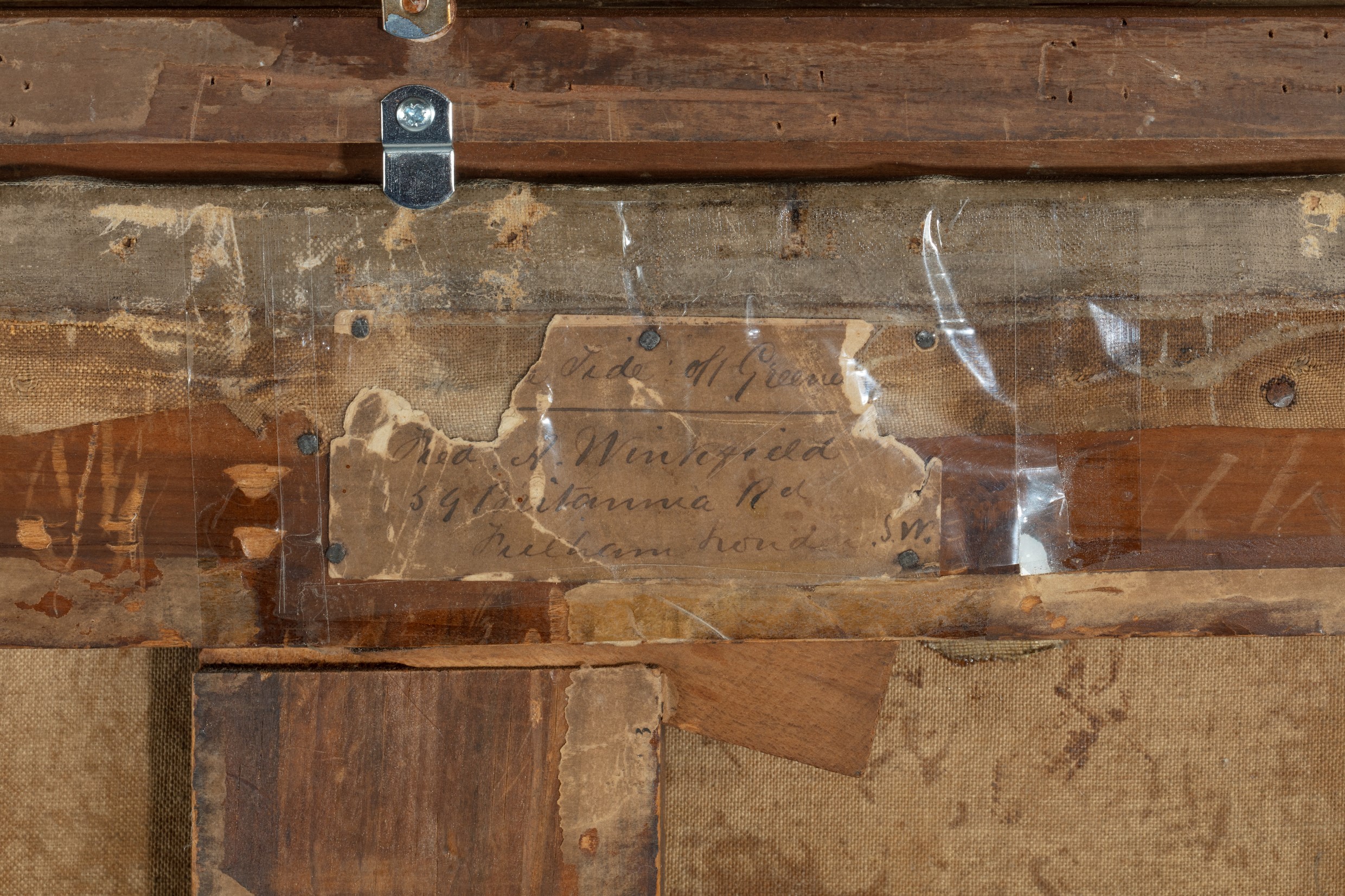 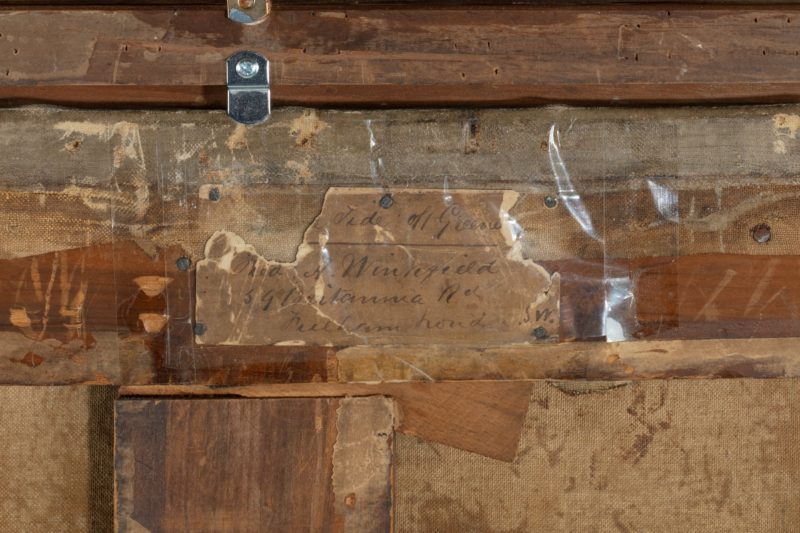 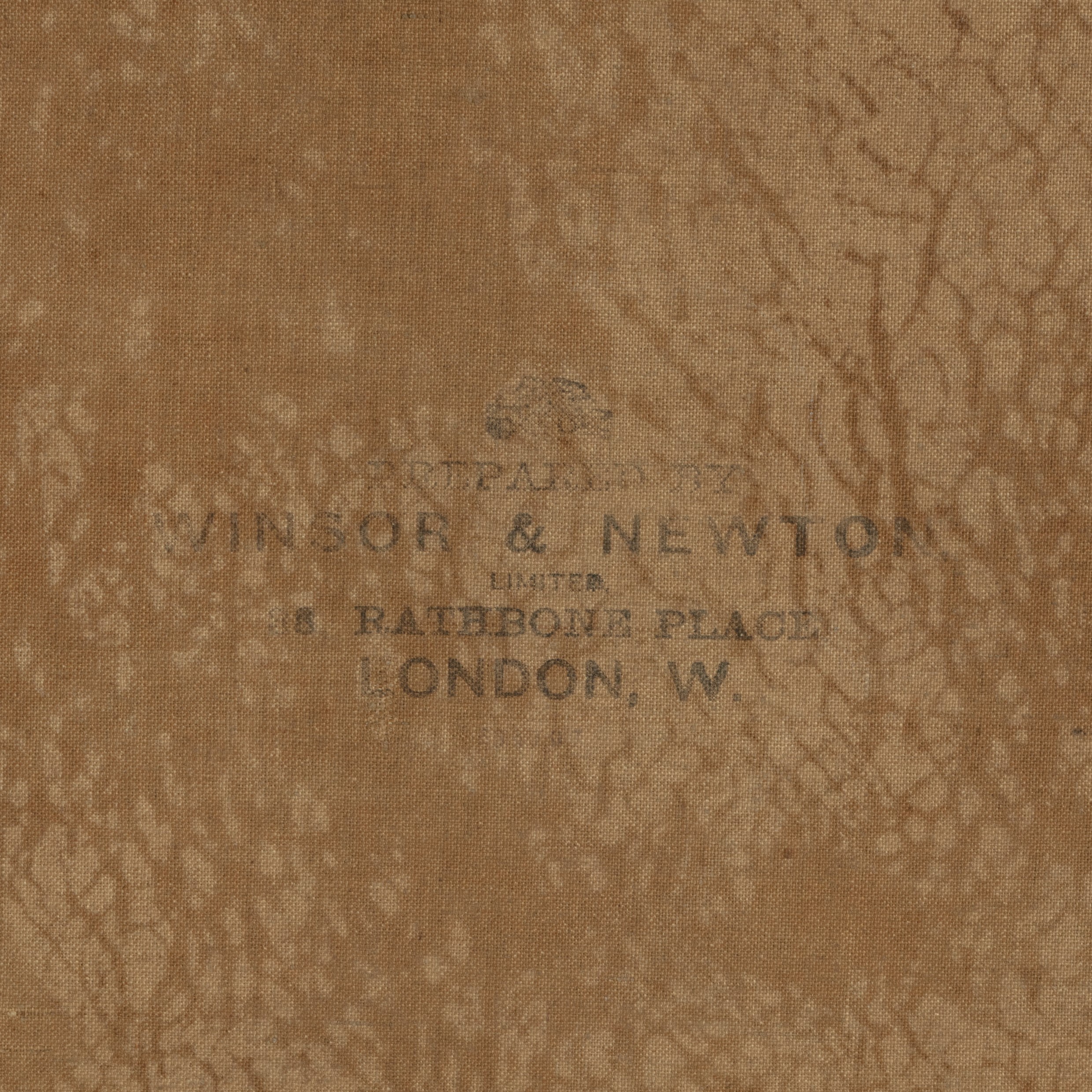 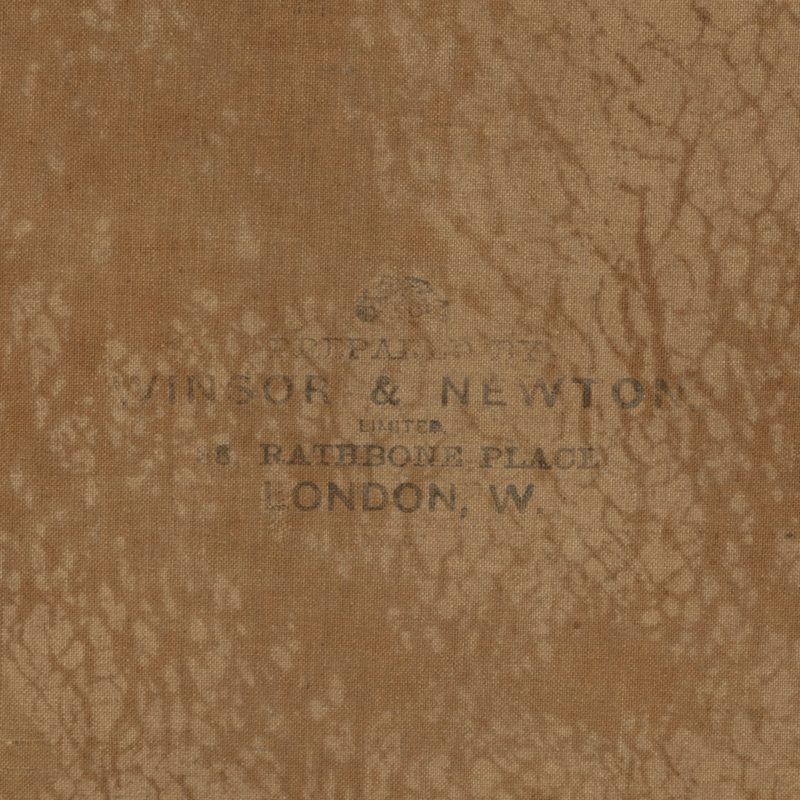 Frederick Winkfield: ‘Top of the Tide’ off Greenwich

This oil on canvas painting depicts steam and sailing vessels, including Thames spritty barges, one carrying hay, a two-masted square-rigger, lighters, a small tug and a tramp steamer on the Thames in front of the Naval College at Greenwich. The reverse has a paper label stating ‘Top of the Tide off Greenwich, Fred. A. Winkfield, 49 Britannia Rd, Fulham, London.’ English, circa 1890.

Frederick Winkfield (1843-1923) was born in the Manchester area and was a member of the Manchester Academy of Fine Arts for most of his career. As early as 1864, he won the second prize at the Manchester Mechanics Institution. According to a newspaper article on the Autumn Exhibition of 1890, ‘Top of the Tide’ was listed as one of the ‘chief pictures of the collection’. Winkfield was by this time resident in London but continued to exhibit in Manchester as well as at various London venues including the Royal Academy open exhibitions. See the ‘Catalogue of the Spread-Eagle Collection’, p.39, by James Taylor, a former curator at the National Maritime Museum, for a very similar view entitled ‘Greenwich Hospital from the Isle of Dogs’.

The Royal Hospital for Seamen at Greenwich was a permanent home for retired sailors of the Royal Navy. It was created in 1692 on the instructions of Queen Mary II, who had been inspired by the sight of wounded sailors returning from the Battle of La Hogue, as a counterpart to the Royal Hospital for army veterans at Chelsea. She ordered the King Charles wing of the palace, originally designed by architect John Webb for Charles II in 1664, to be remodelled by Sir Christopher Wren, Nicholas Hawksmoor and Sir John Vanbrugh. As the original plans for the hospital would have blocked the riverside view from the Queen’s House, Queen Mary ordered an avenue to be opened up through the middle.