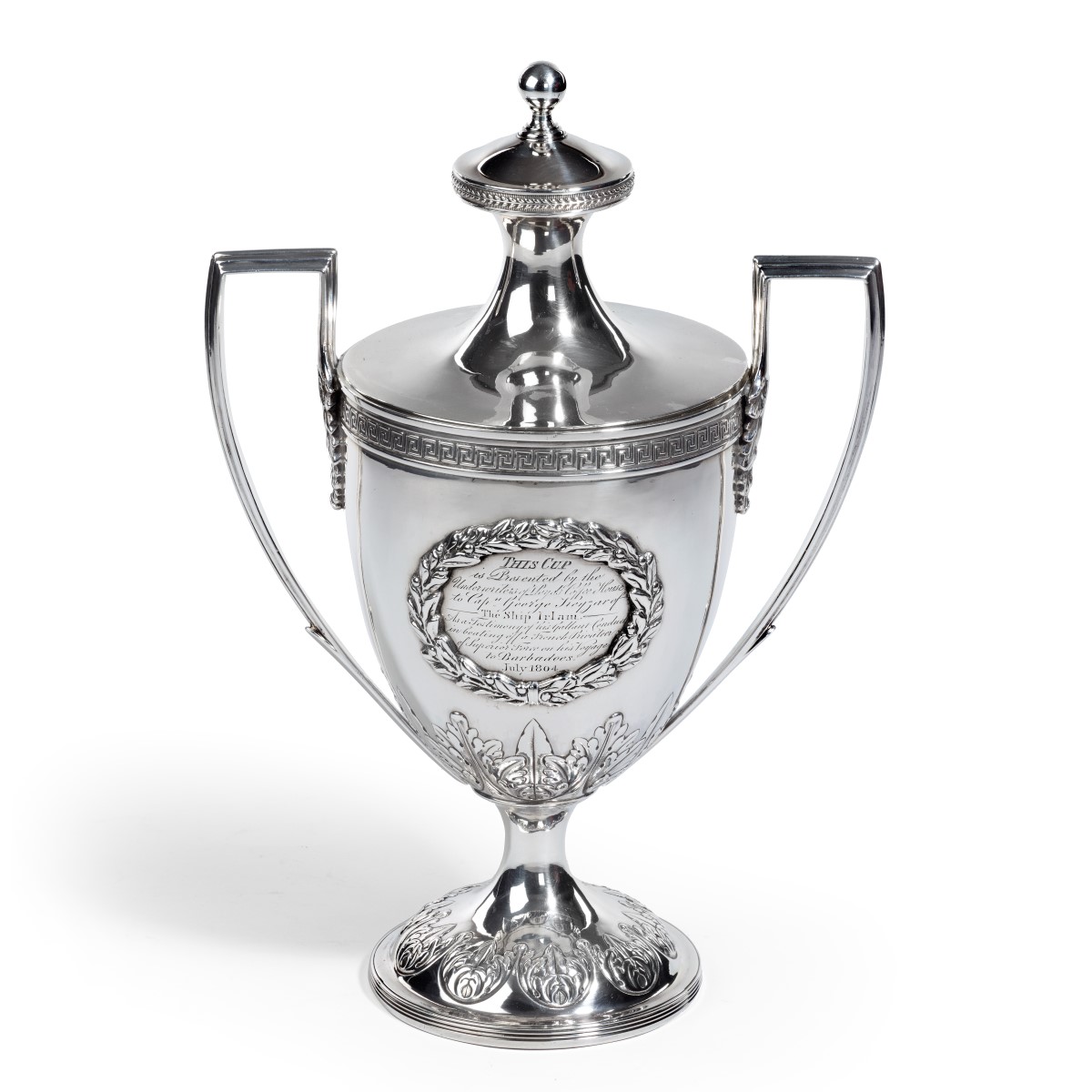 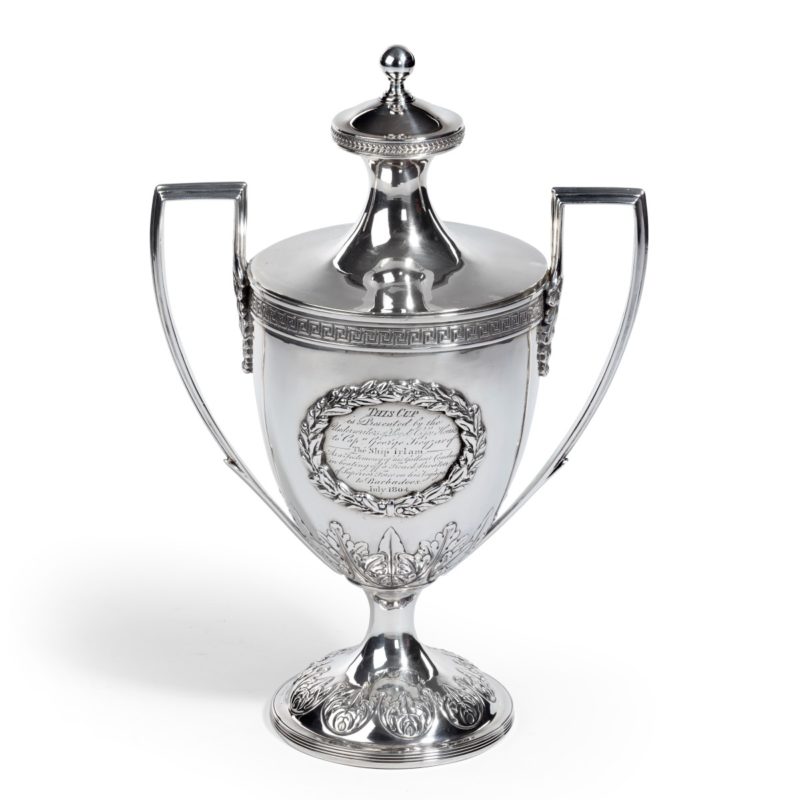 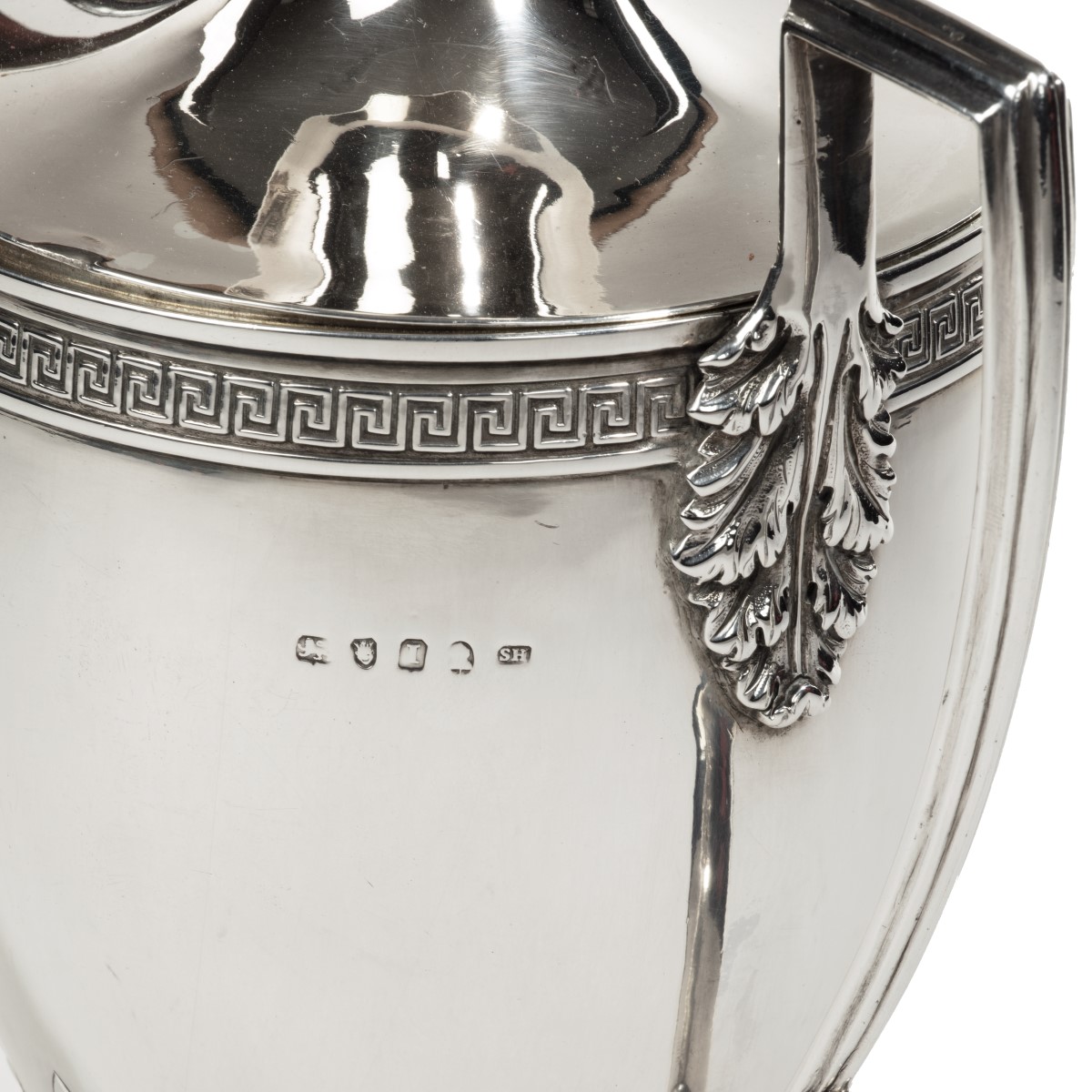 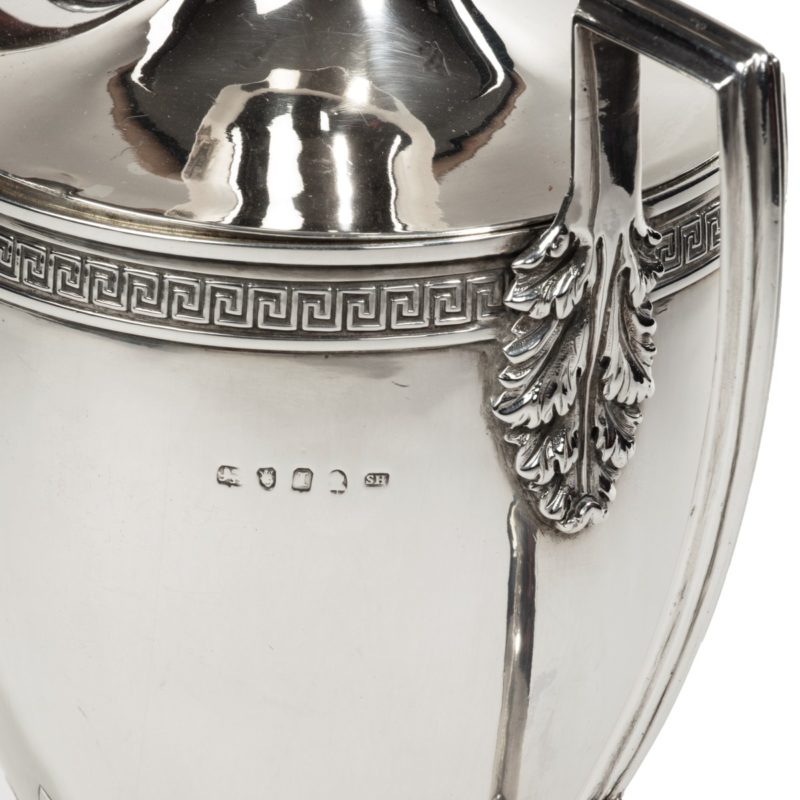 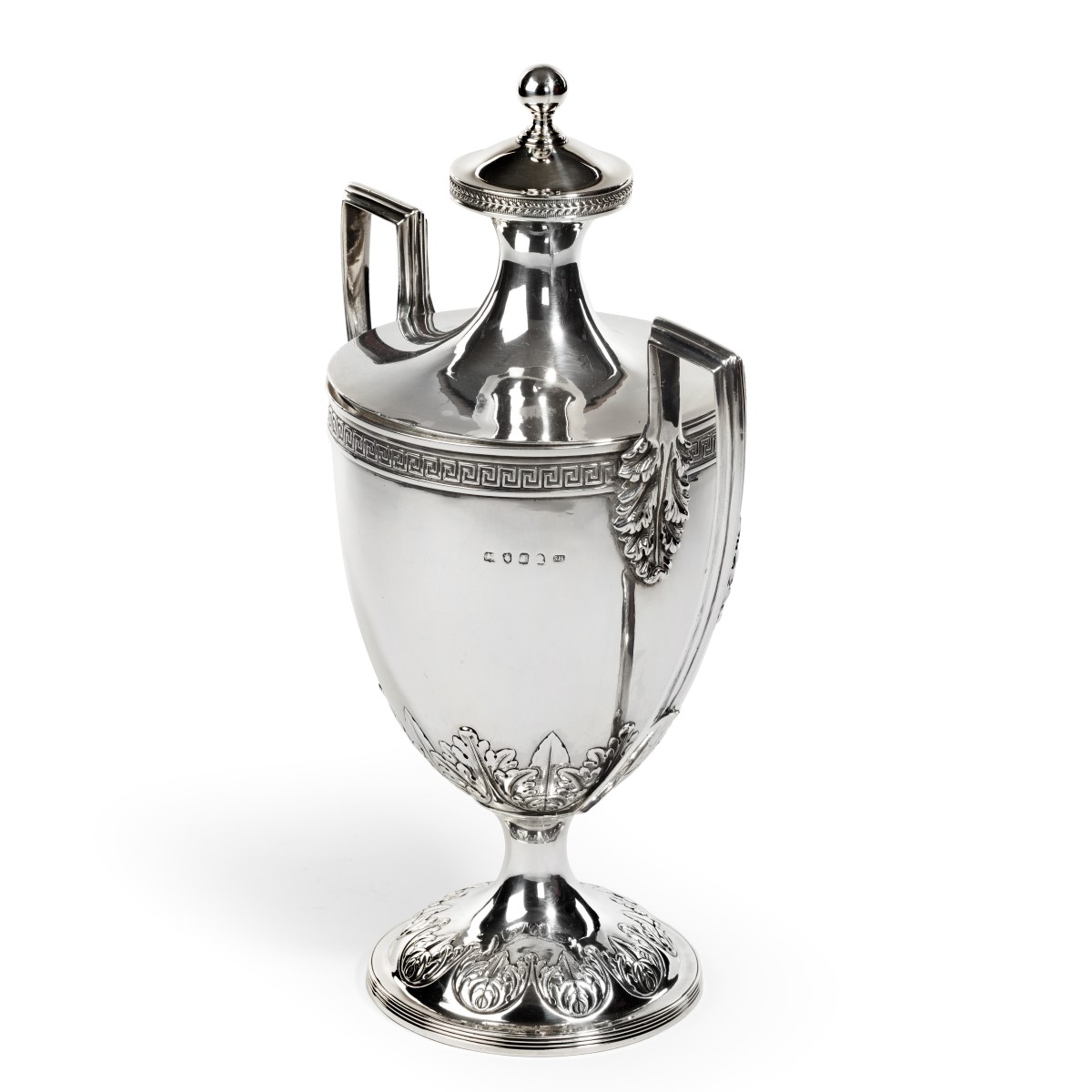 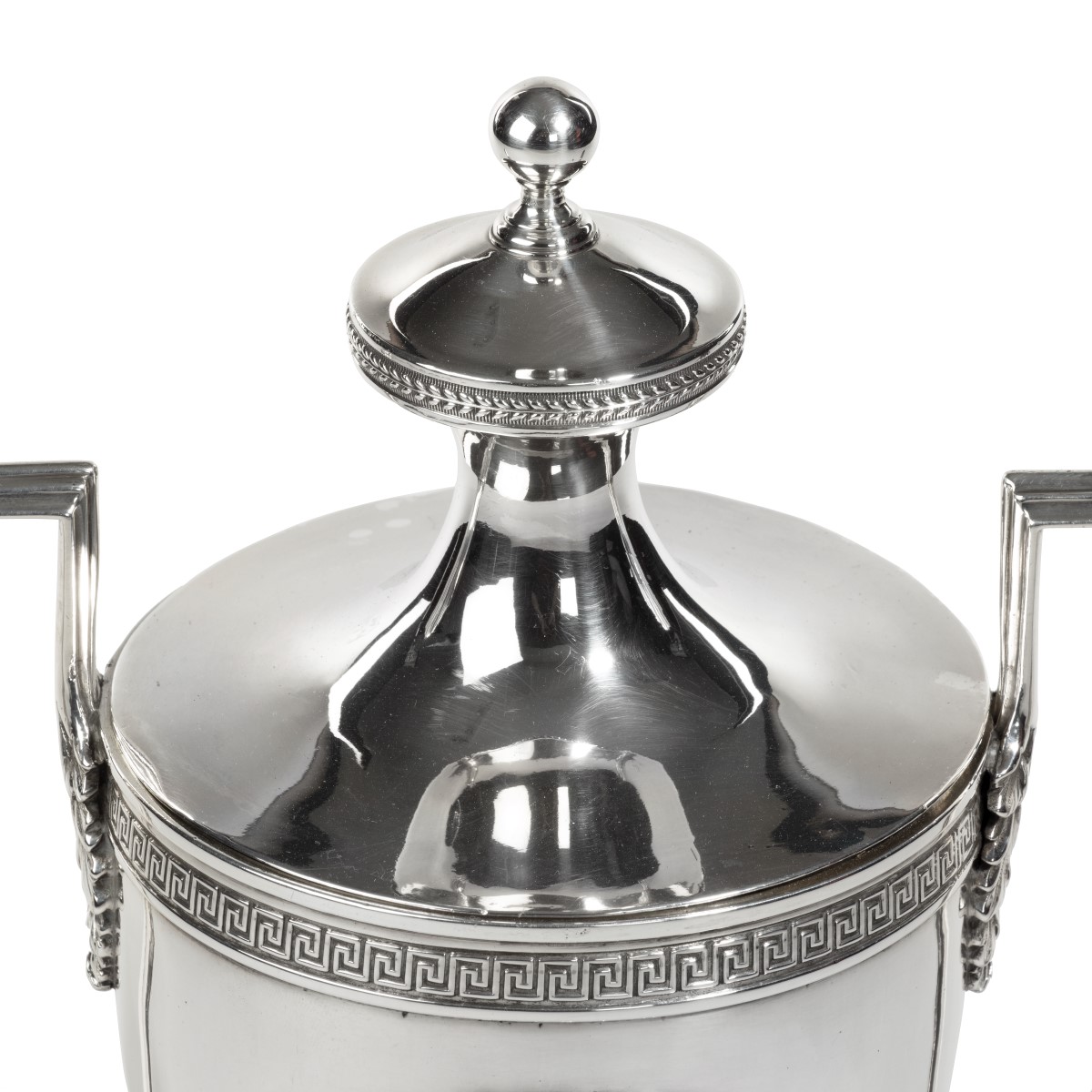 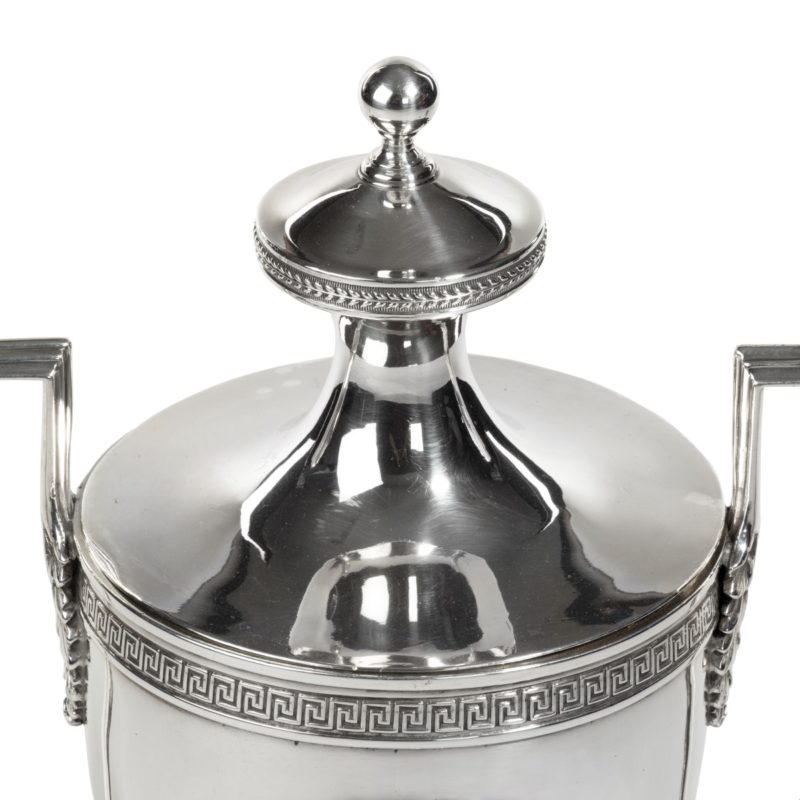 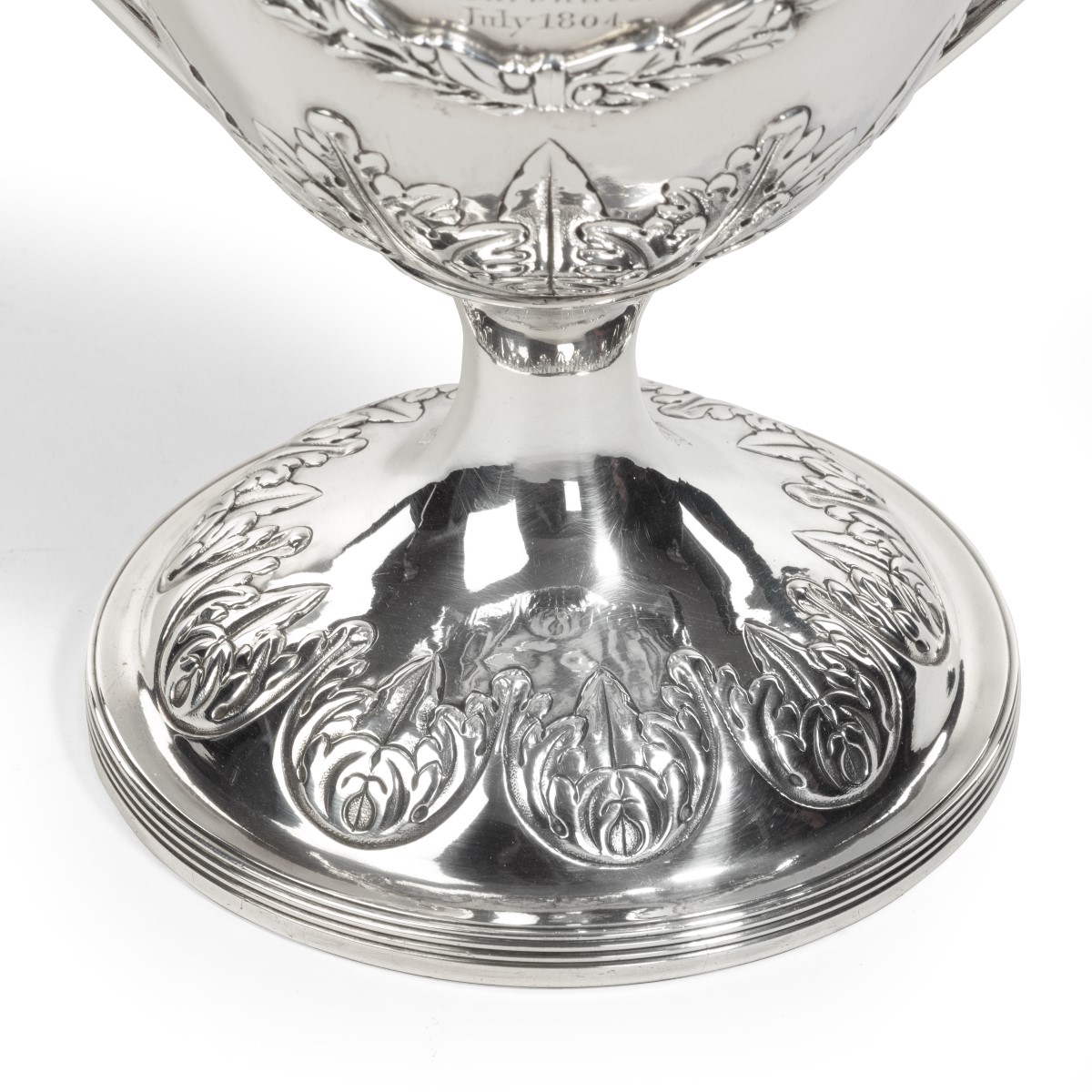 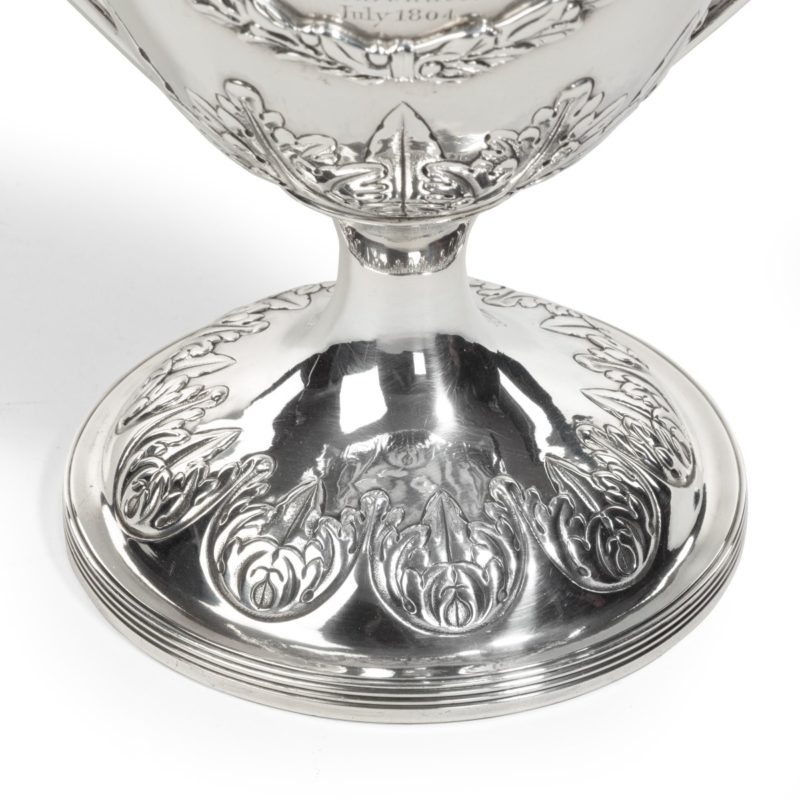 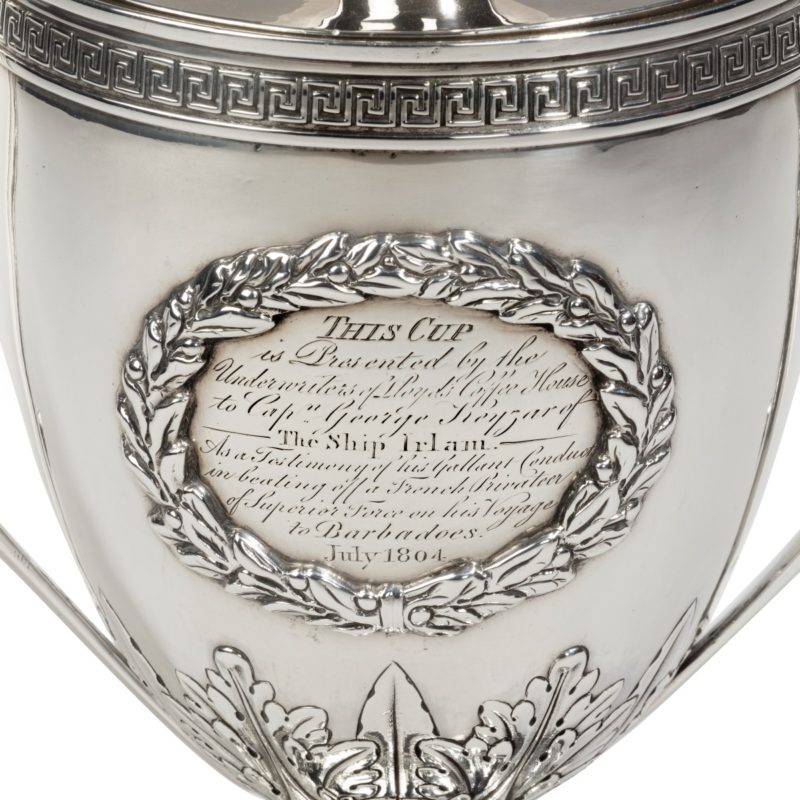 George III Lloyds Patriotic Fund silver and silver gilt vase and cover by Samuel Hennell, of Adam design, the lift-off cover with knop finial above angled swept handles and laurel wreath cartouche inscribed ‘This cup is presented by the underwriters of Lloyds Coffee House to Captain George Keyzar of The Ship Irlam as a testimony of his gallant conduct in beating a French privateer of superior force on his voyage to Barbadoes [sic] July 1804’, on spreading embossed circular foot, marks for London 1804. sold with an ink and watercolour portrait purporting to be Captain Keyzar, unsigned, approx 30 x 22cm, framed and glazed.  English, 1804.

The ship Irlam was launched in 1800 from Liverpool as a West Indiaman sailing between Liverpool and Barbados. Although a merchantman, not a privateer, she made an unusually aggressive use of her letter of marque capturing or re-capturing four vessels.  She sank from a dramatic wrecking in 1812.  Captain Keyzar is mentioned as one of several captains of the 24-gun vessel, and was involved in the manumission (setting free) of slaves on behalf of free coloureds and others in Barbados. He is mentioned on nine deeds in relation to manumission (see Pedro L V Welch, ‘Unhappy and Afflicted Women? Free Coloured Women on Barbados: 17801834, Inter American University Press 1999.)