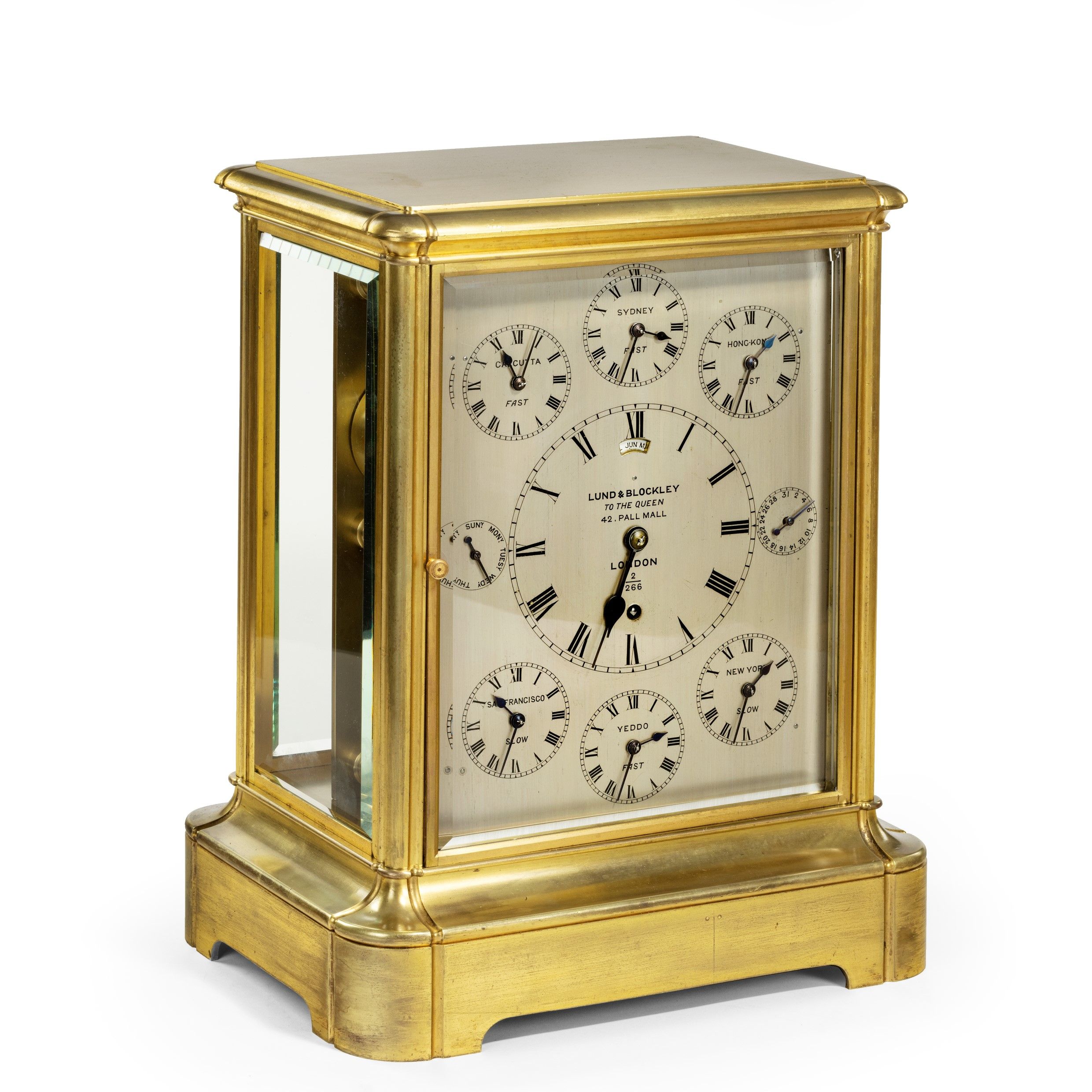 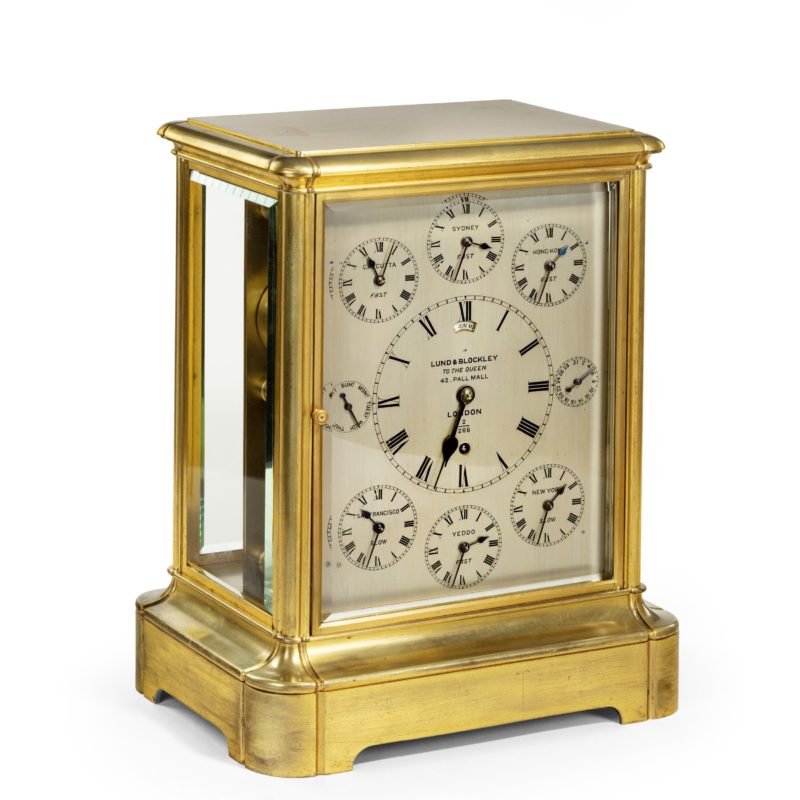 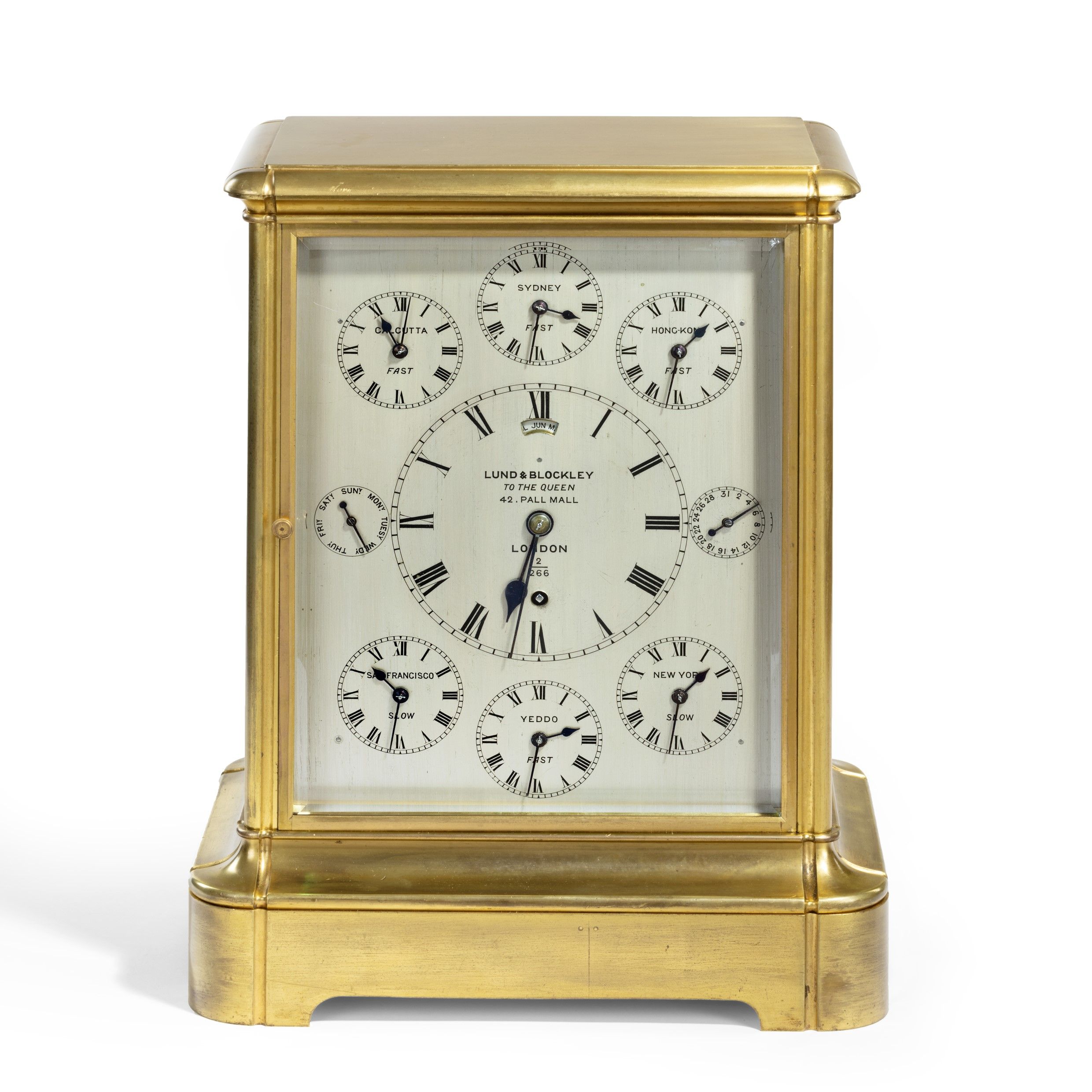 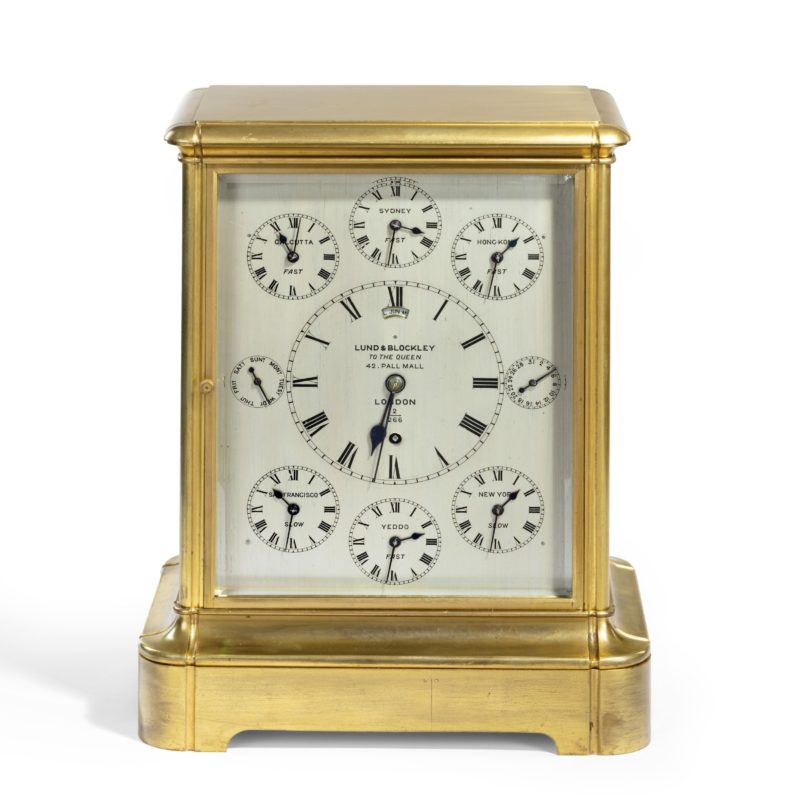 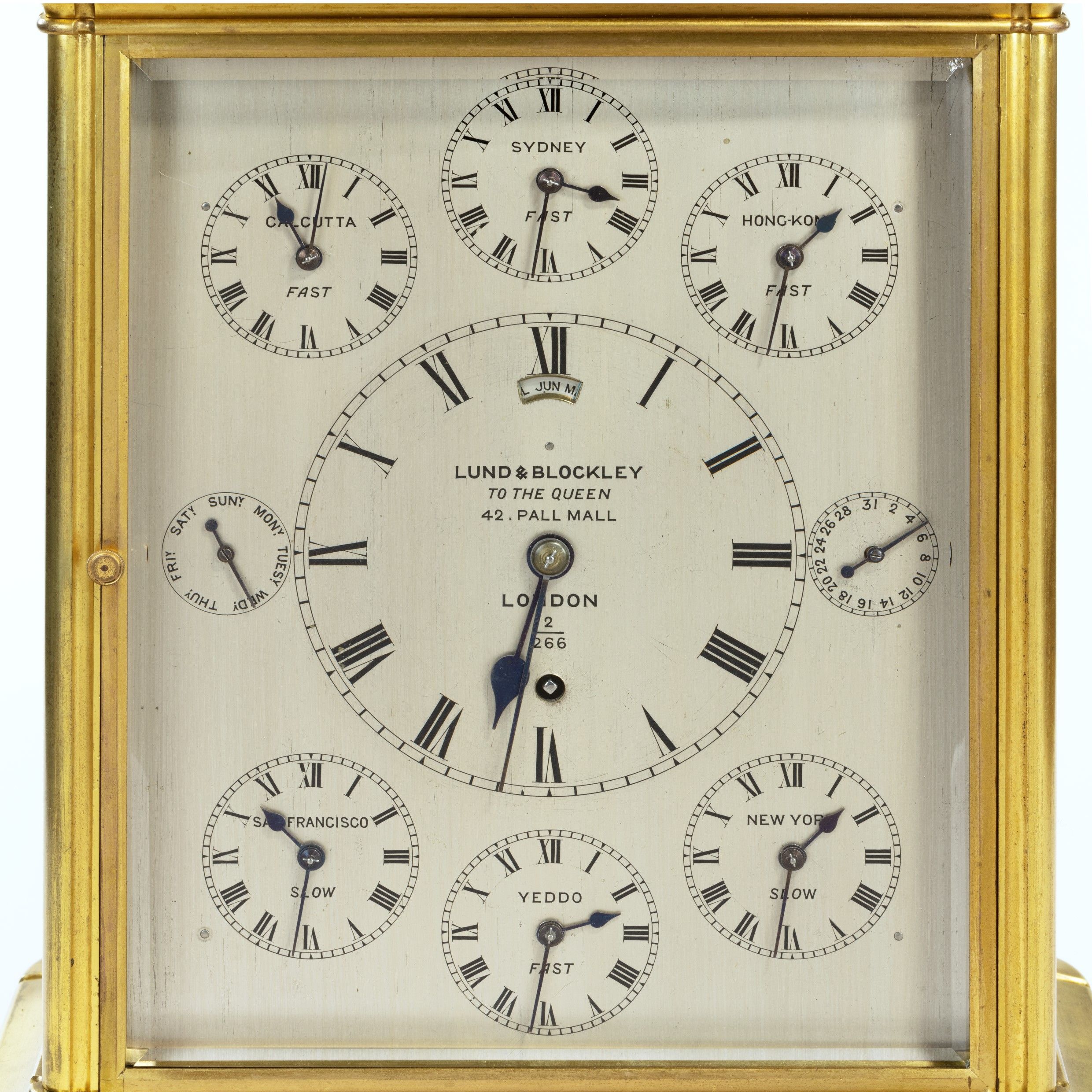 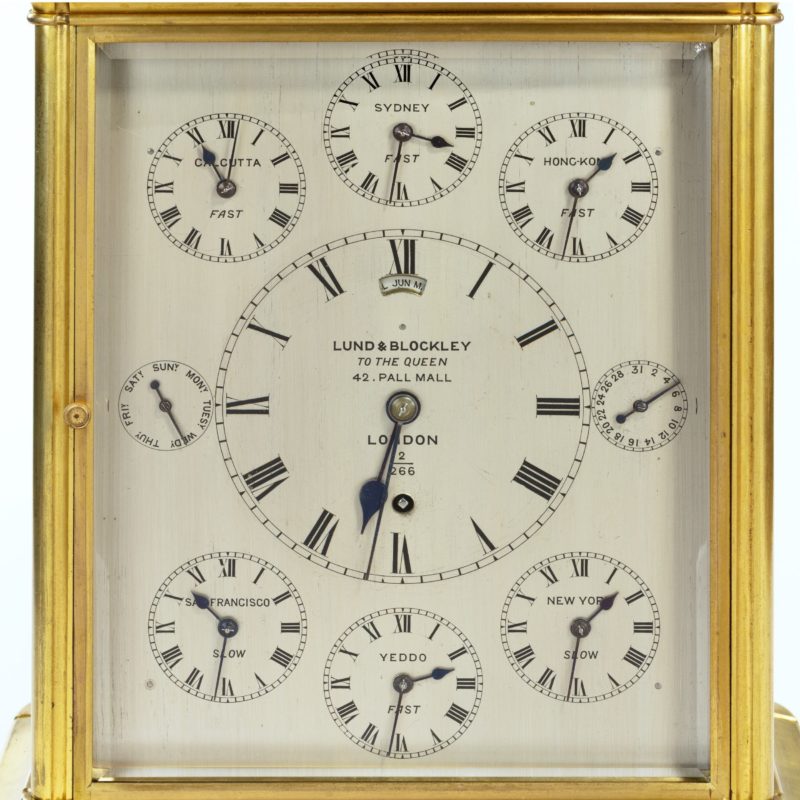 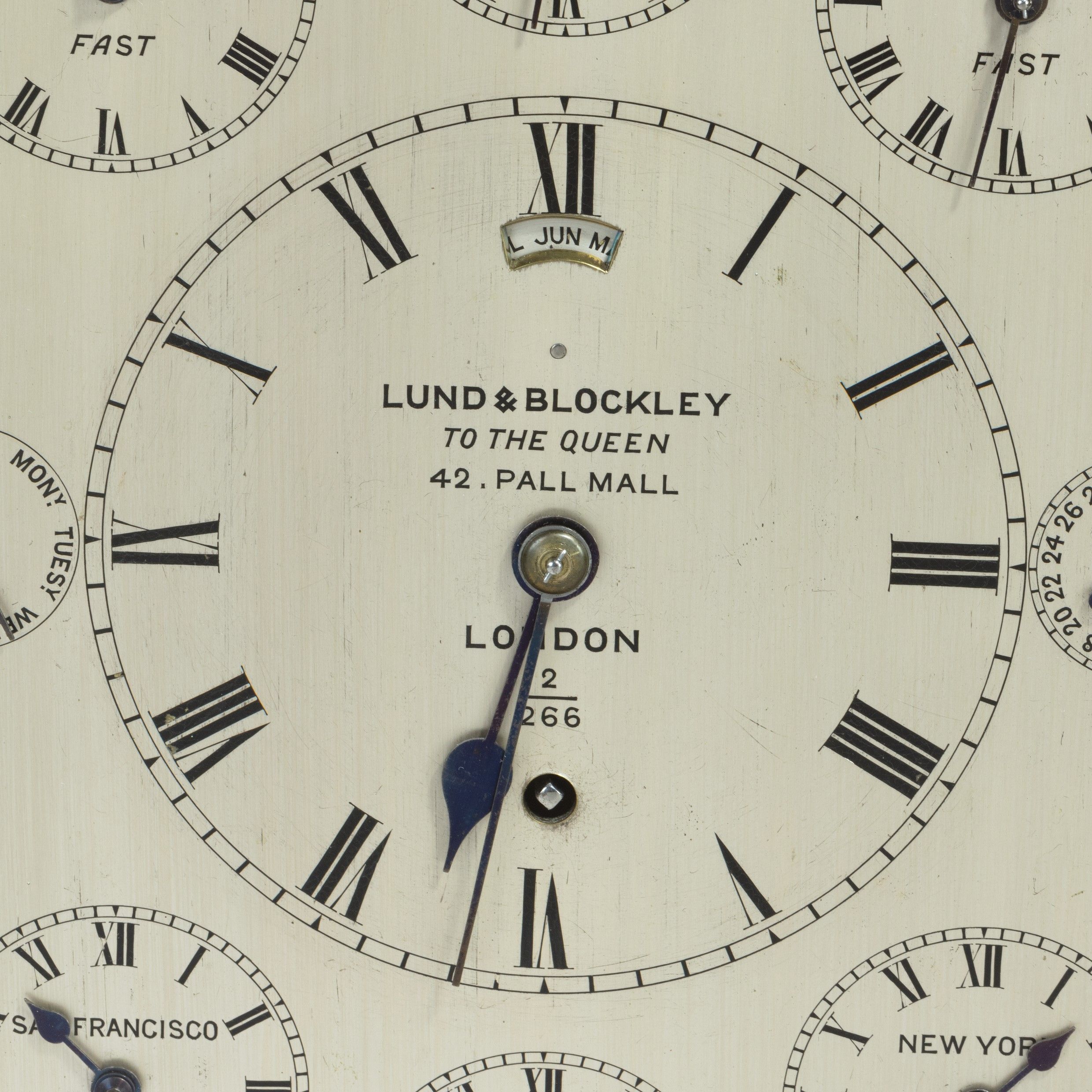 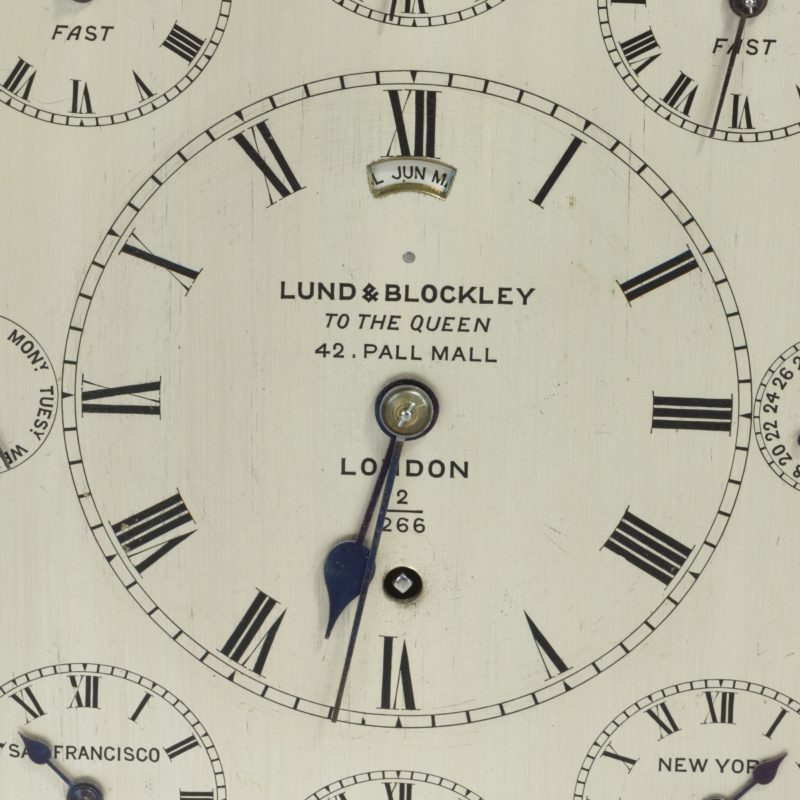 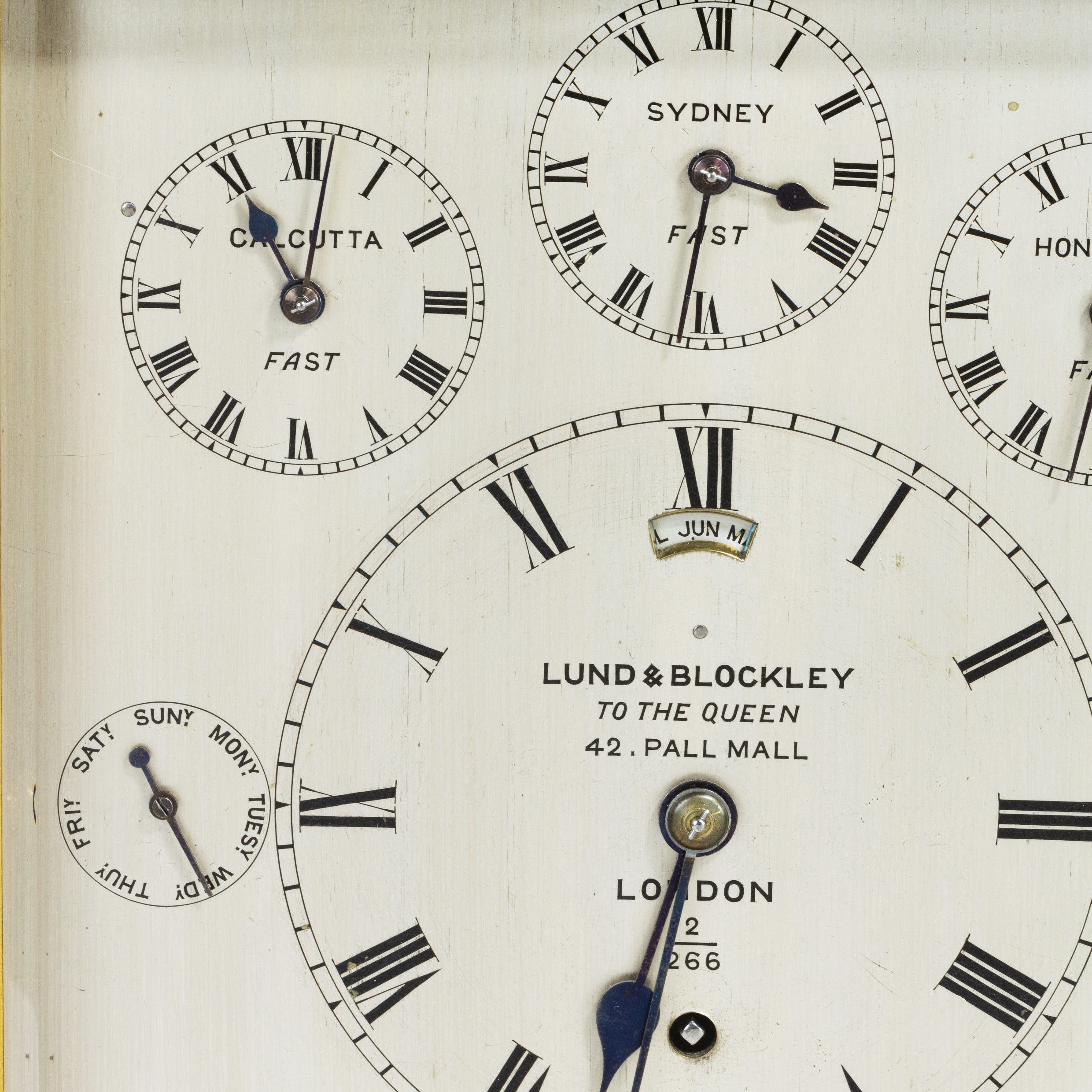 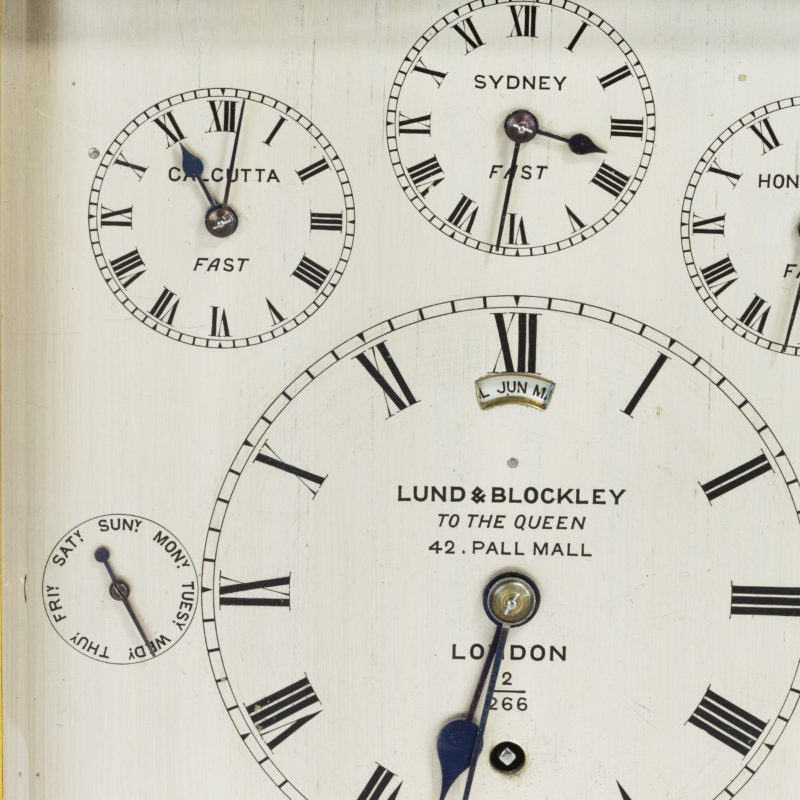 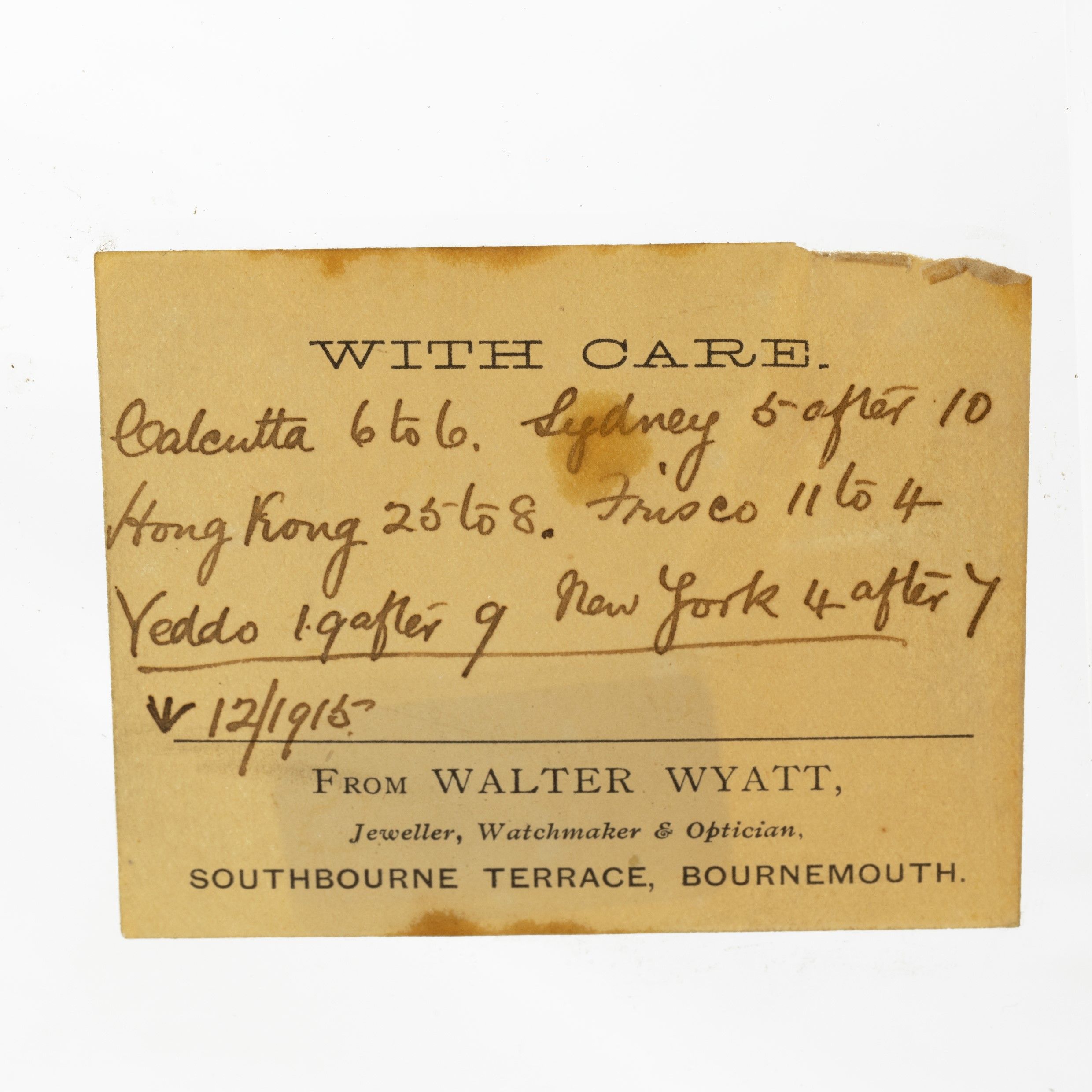 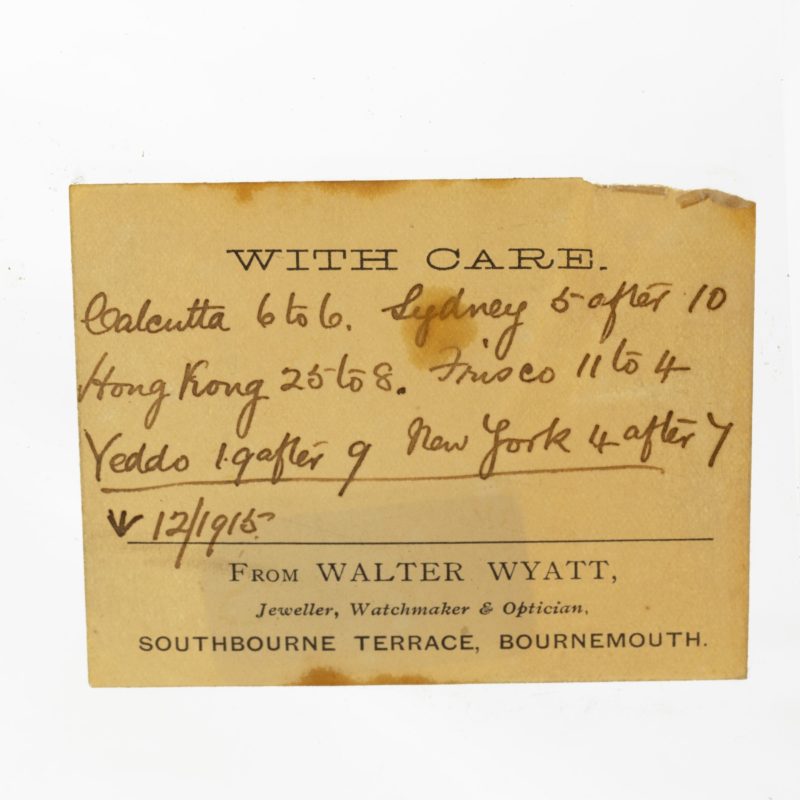 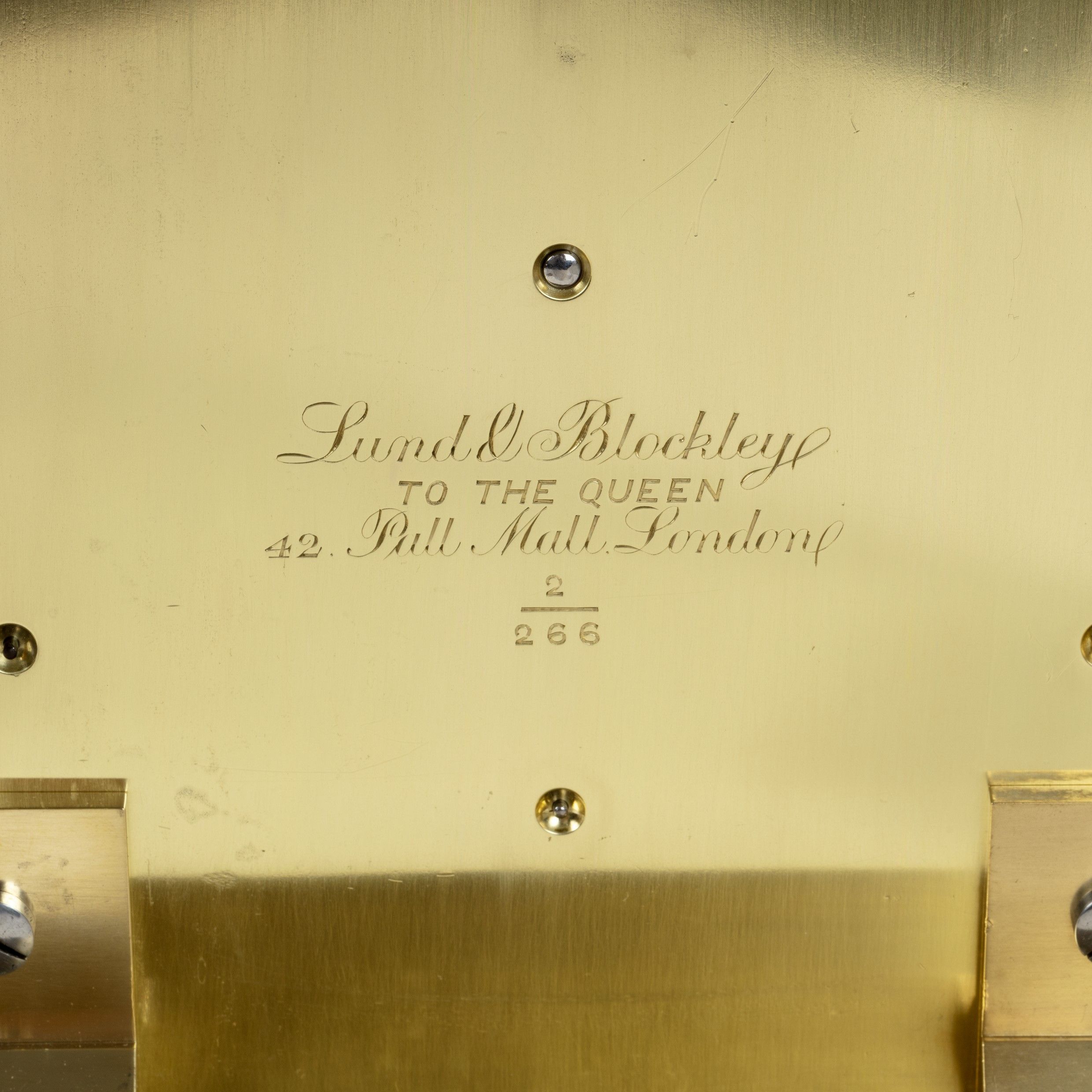 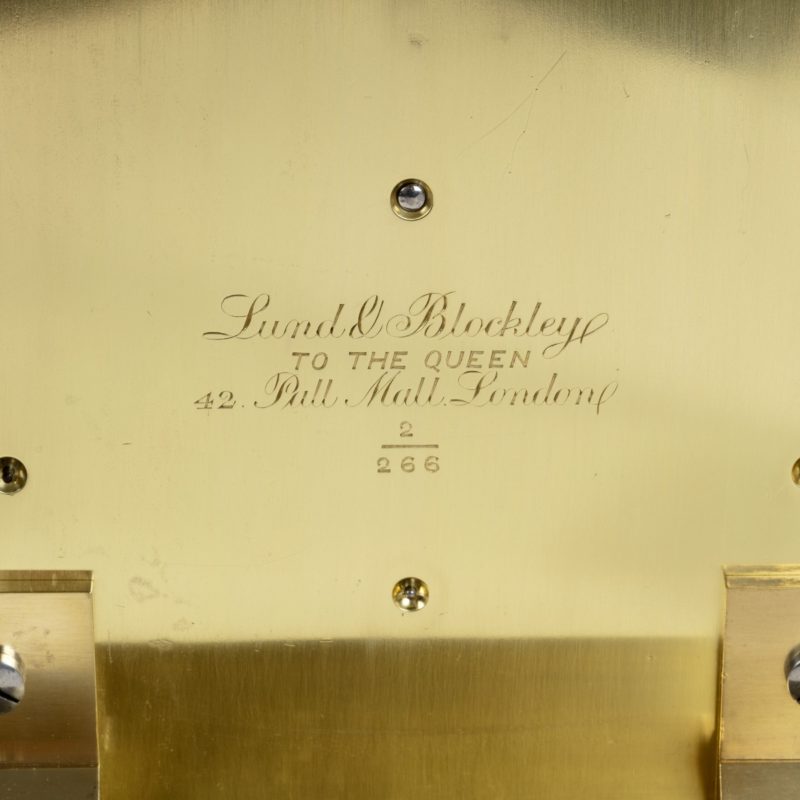 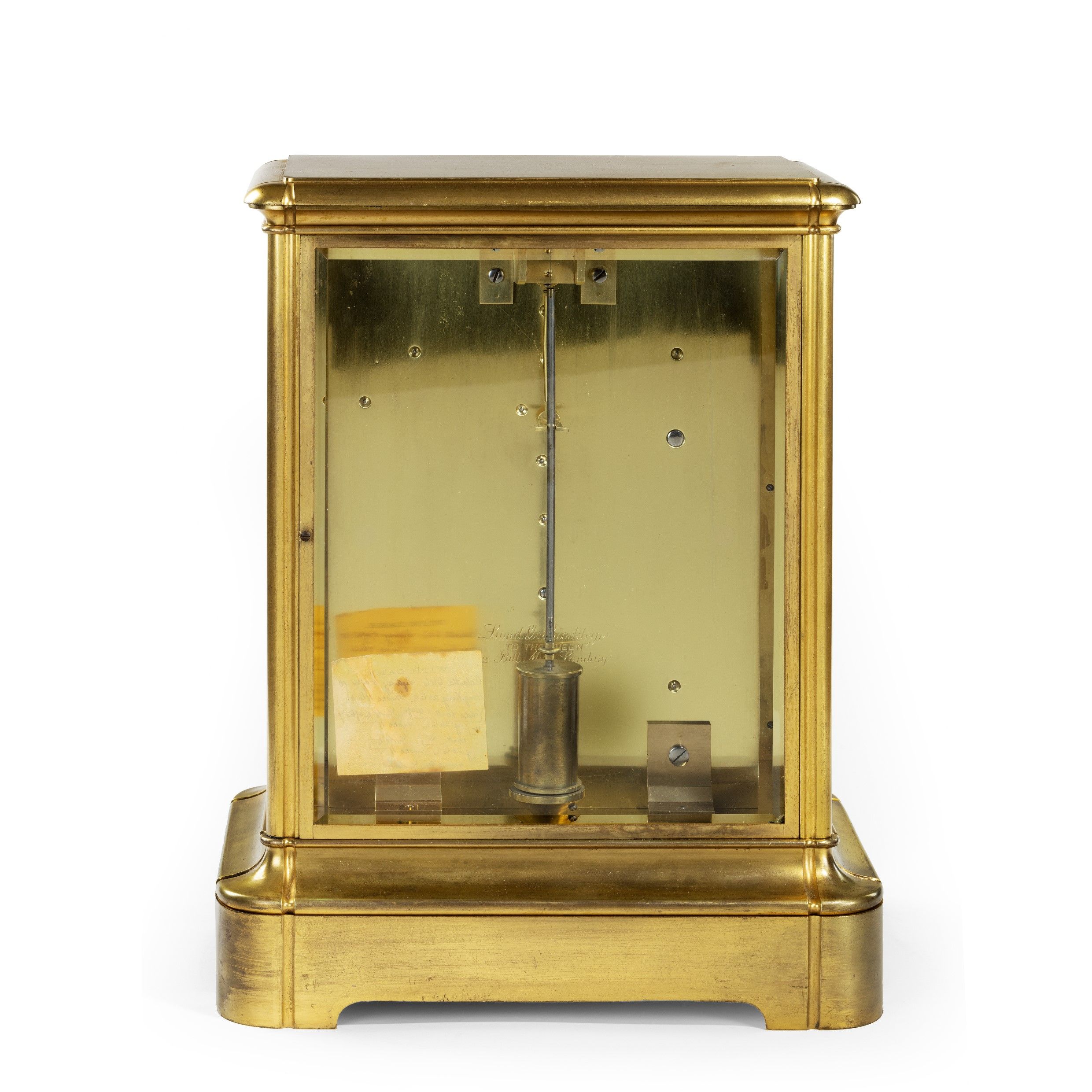 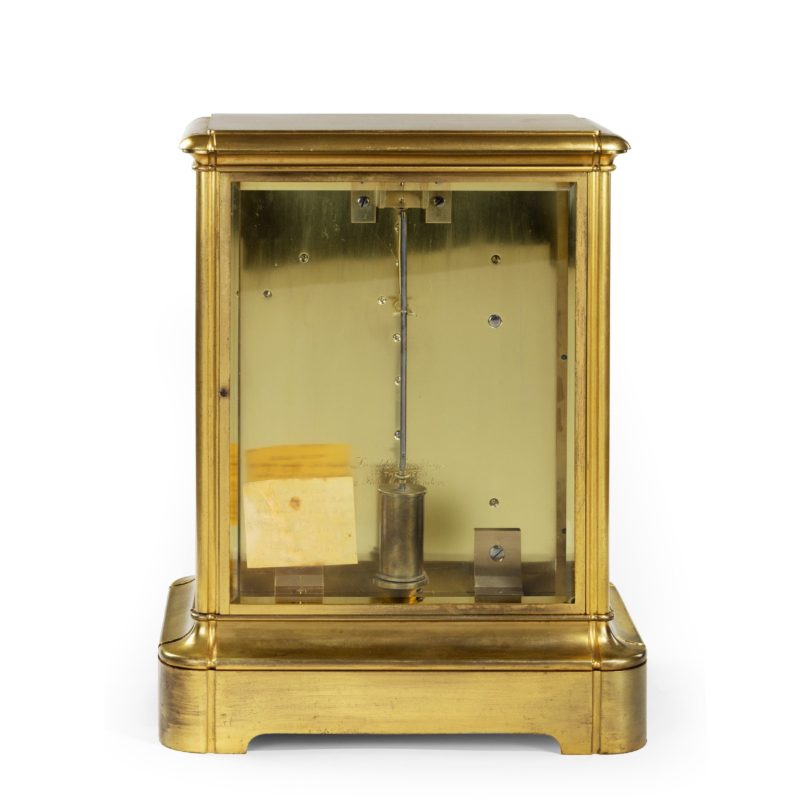 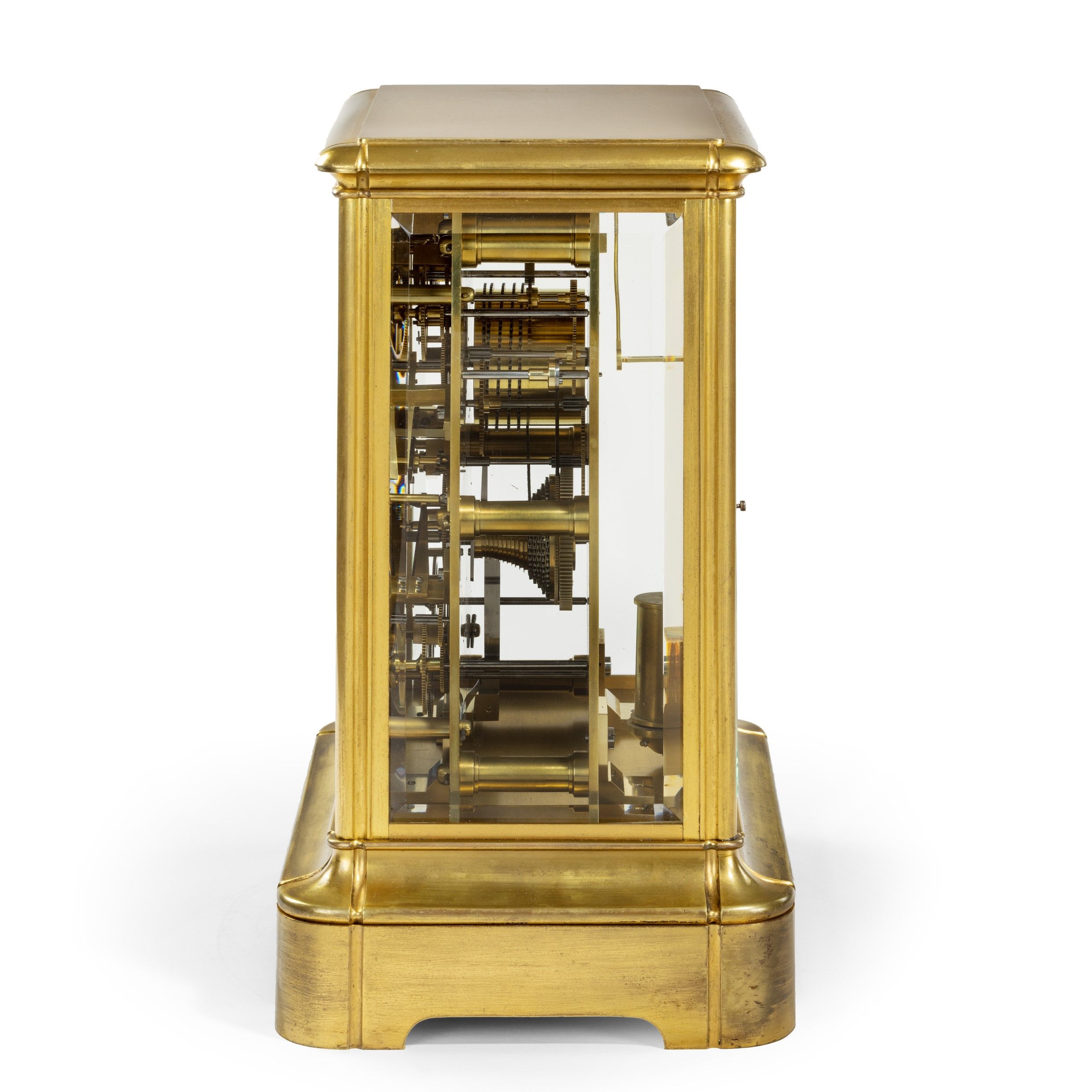 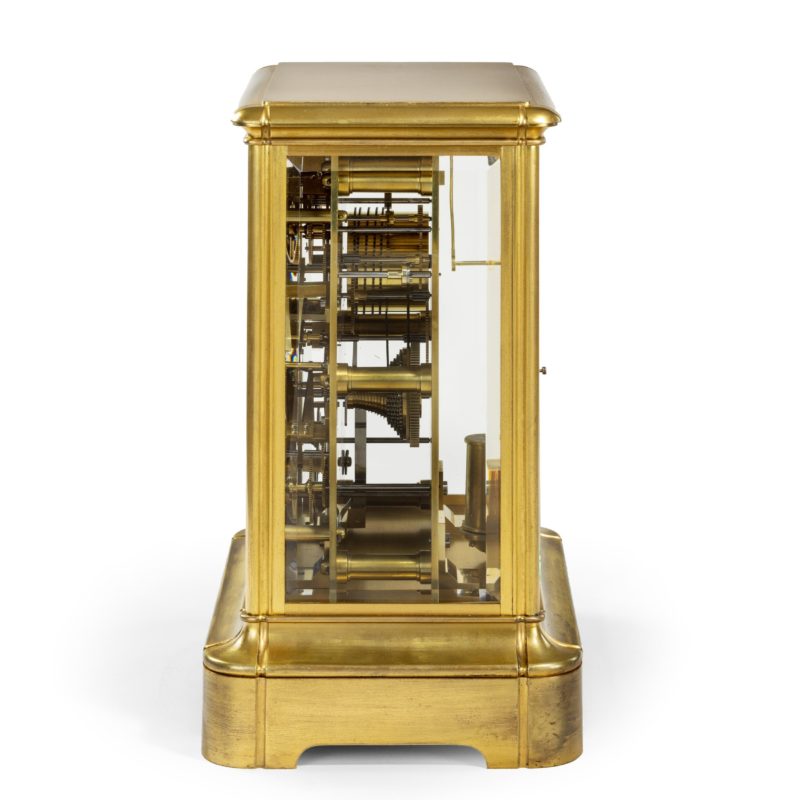 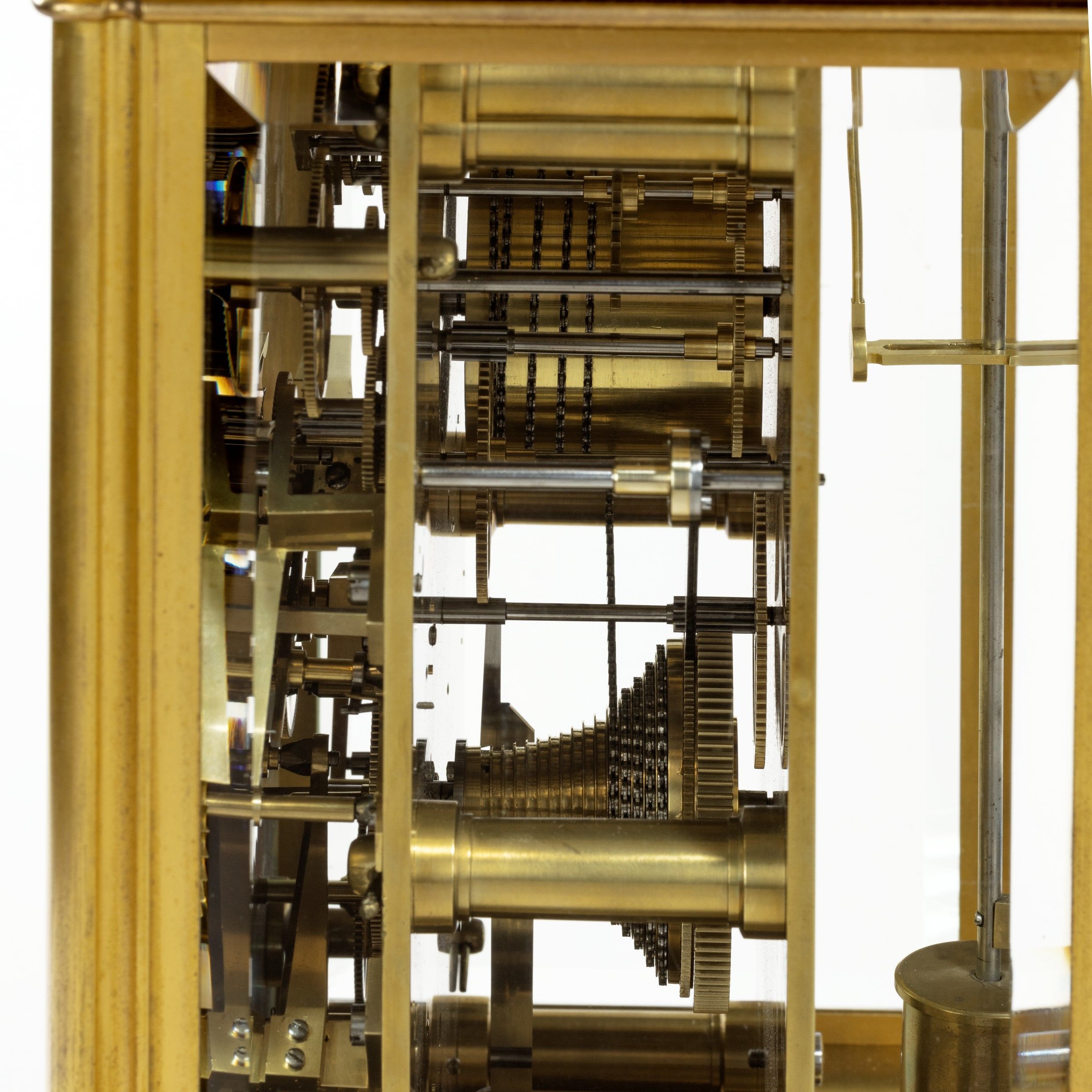 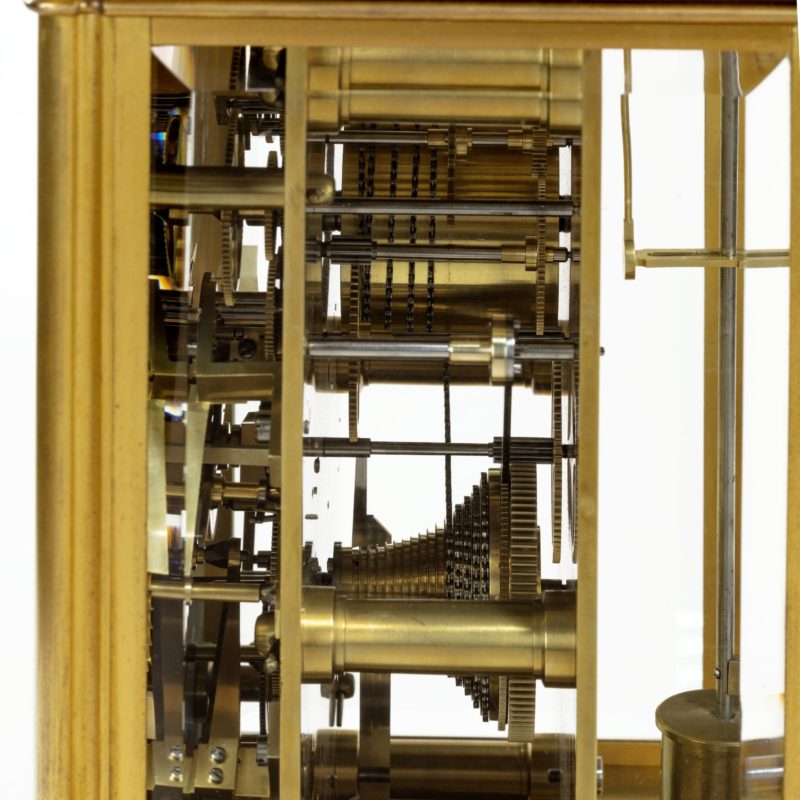 A fine and rare giant English four glass table regulator with World Time dial and Perpetual Calendar by Lund & Blockley,
the rectangular silvered dial with world time indication on the main dial for London with six subsidiary dials for Calcutta (Kolkata), Sydney, Hong Kong, San Francisco, Yeddo (name changed to Tokyo in 1869) and New York. The perpetual calendar displayed with an aperture below XII for the months of the year and subsidiary dials for the day of the week and date of the month, with blued steel hands. The massive chain fusee six pillar movement with dead beat escapement and Harrison’s maintaining power. The gilt brass case with bevelled glazed panels and hinged doors to the front and rear. Signed on the backplate ‘Lund & Blockley, to the Queen, Pall Mall. London, 2/266.’
English, c1870.

Footnote: Lund & Blockley comprised John Alexander Lund & Herbert Blockley who worked at 42 Pall Mall London from 1872-1876 (successors to Viner), and had a branch in Bombay, India. They were retailers and manufacturers of house and turret clocks, including for Queen Victoria, between 1875 and 1905. In addition, the firm was highly regarded for its specialised travel and expedition watches which were recommended by the Royal Geographical Society for all the explorations it sponsored at the time.