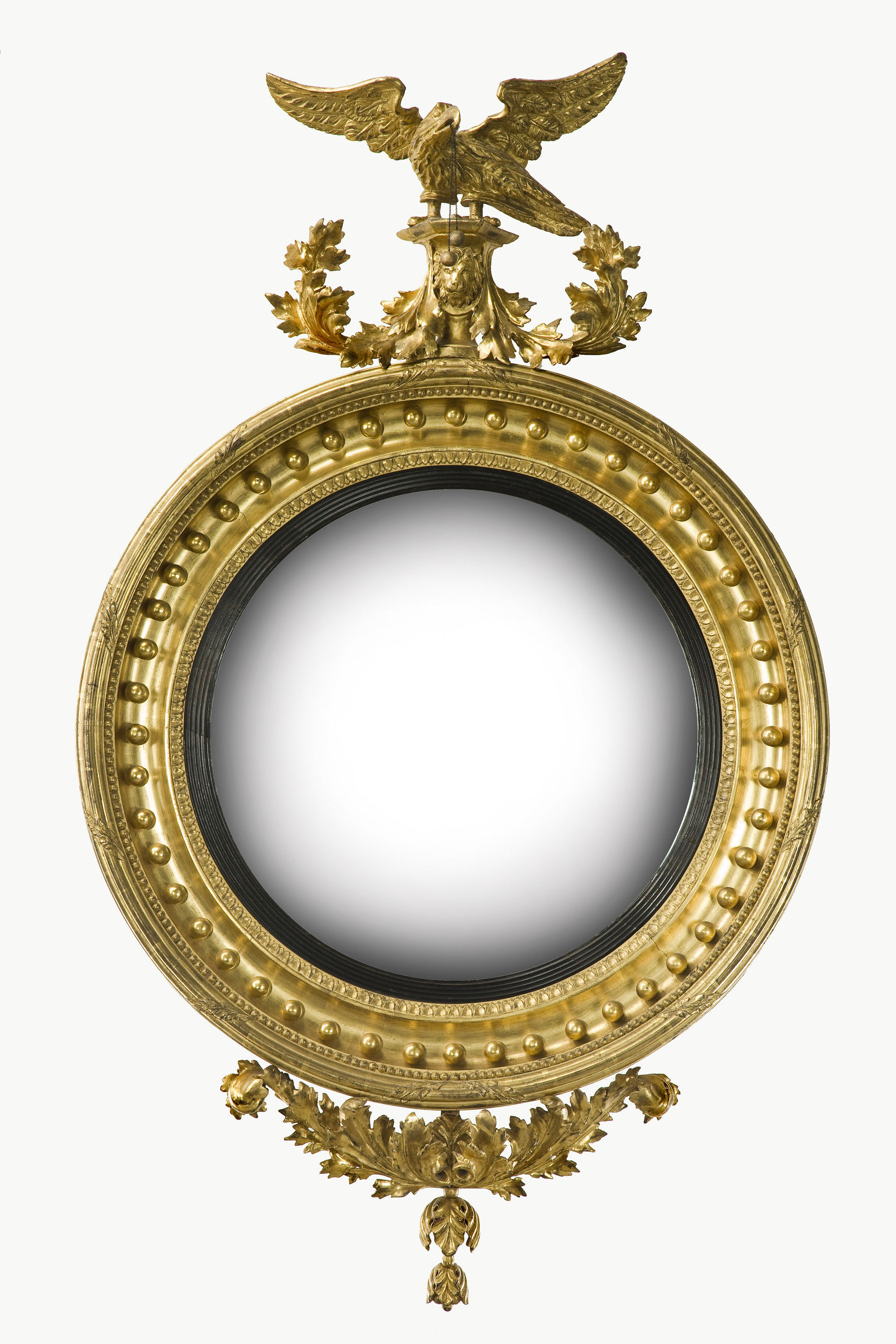 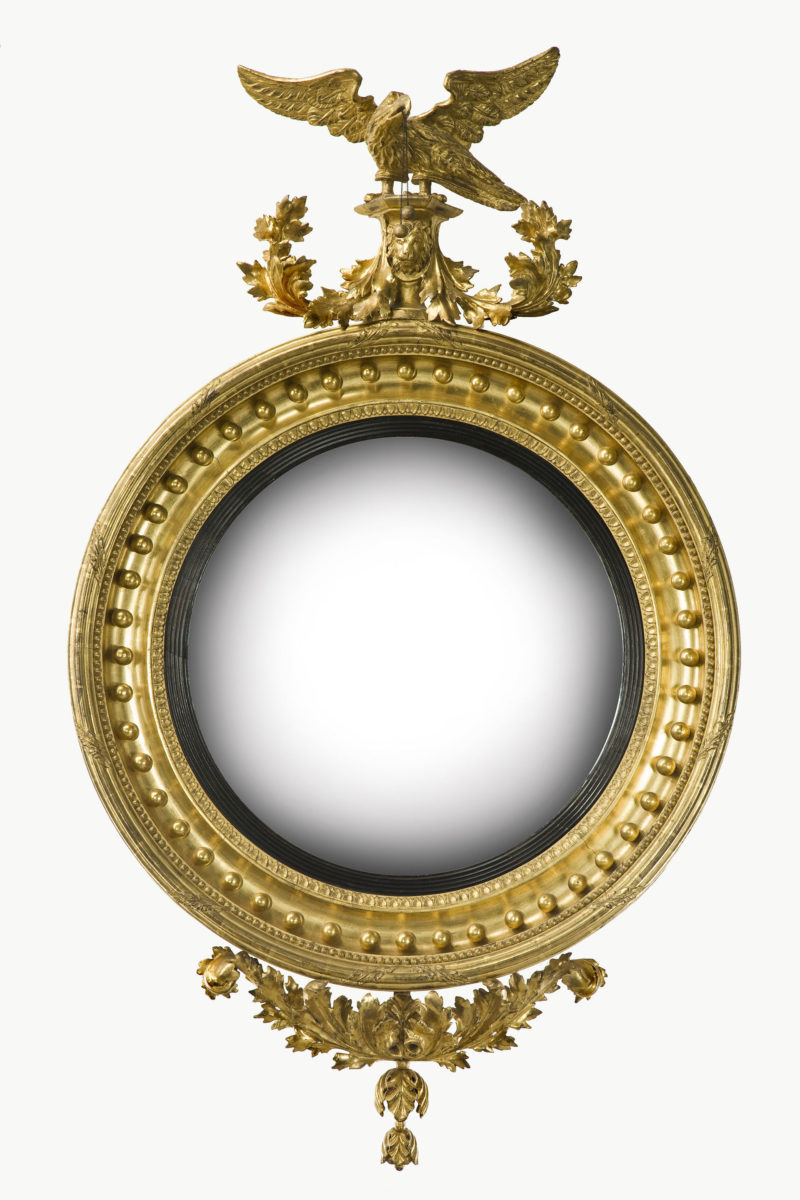 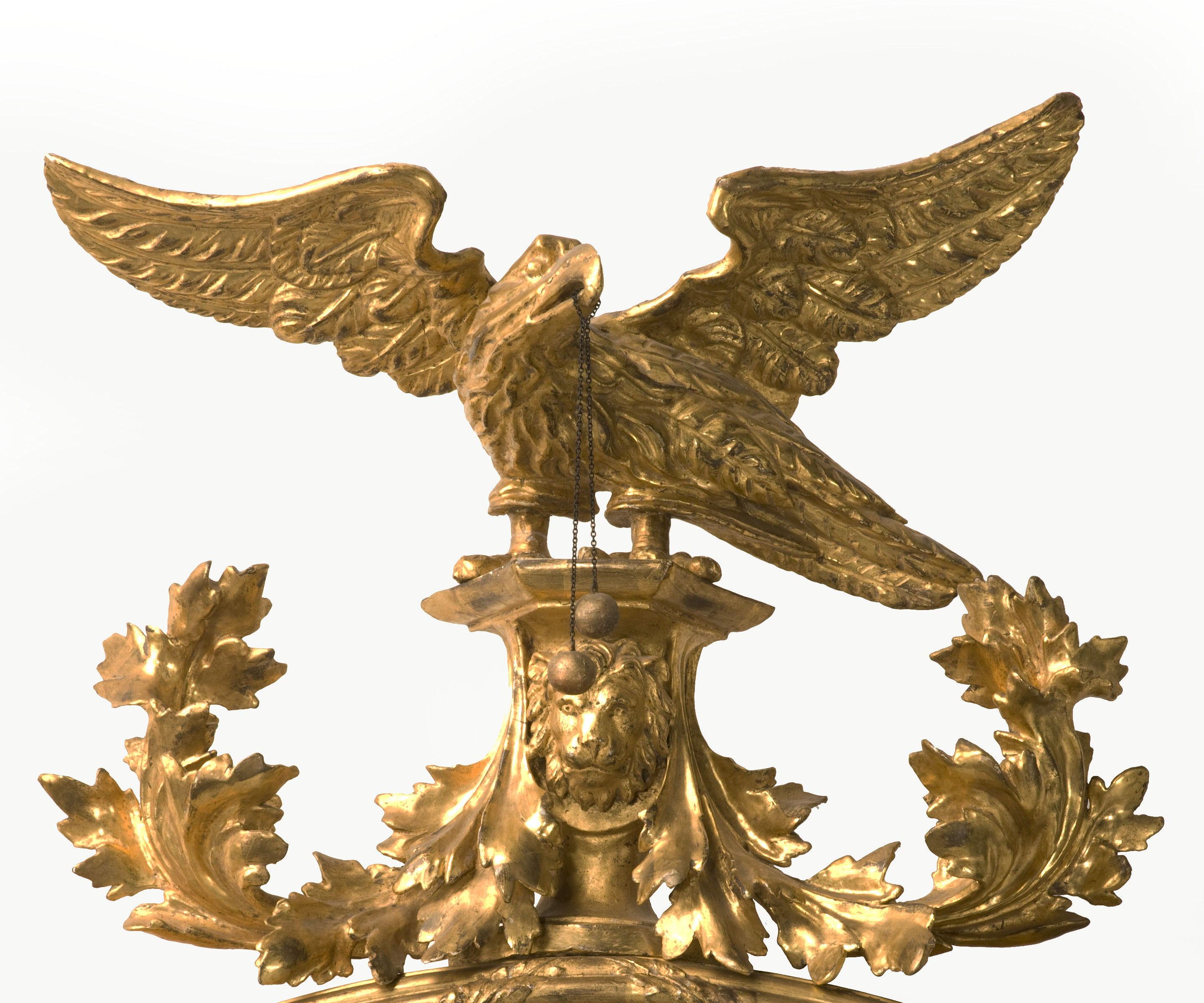 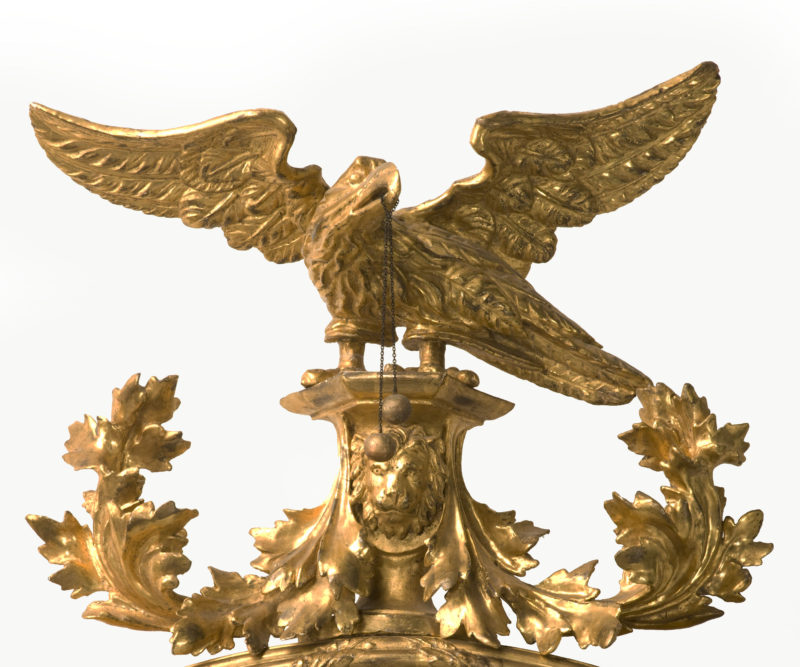 The circular glass of this giltwood mirror is framed by a ball and bound-reed border and surmounted by an eagle with outswept wings. The eagle is depicted holding two balls on chains in its beak while perching on a pedestal centred on a lion’s mask between
two upswept branches of leaves which correspond to similar branches at the base of the mirror.

Footnote: See Margaret Jourdain, Regency Furniture, 1795-1830, London 1965, fig. 226, p.94 for a
very similar mirror and the following description “convex mirrors which ‘strengthen the colour and take off the coarseness of objects by contracting them’, were, by 1803, ‘universally in fashion’ and remained so until about 1830”.

Literature: The concept of convex mirrors was revolutionary at the the time, ether was no electricity and mirrors were used not only for looking into but also for throwing light into a room. Often they had candle arms to each side and when lit they would reflect more light, bit with the invention of the convex glass even more light was able to be thrown into a room.