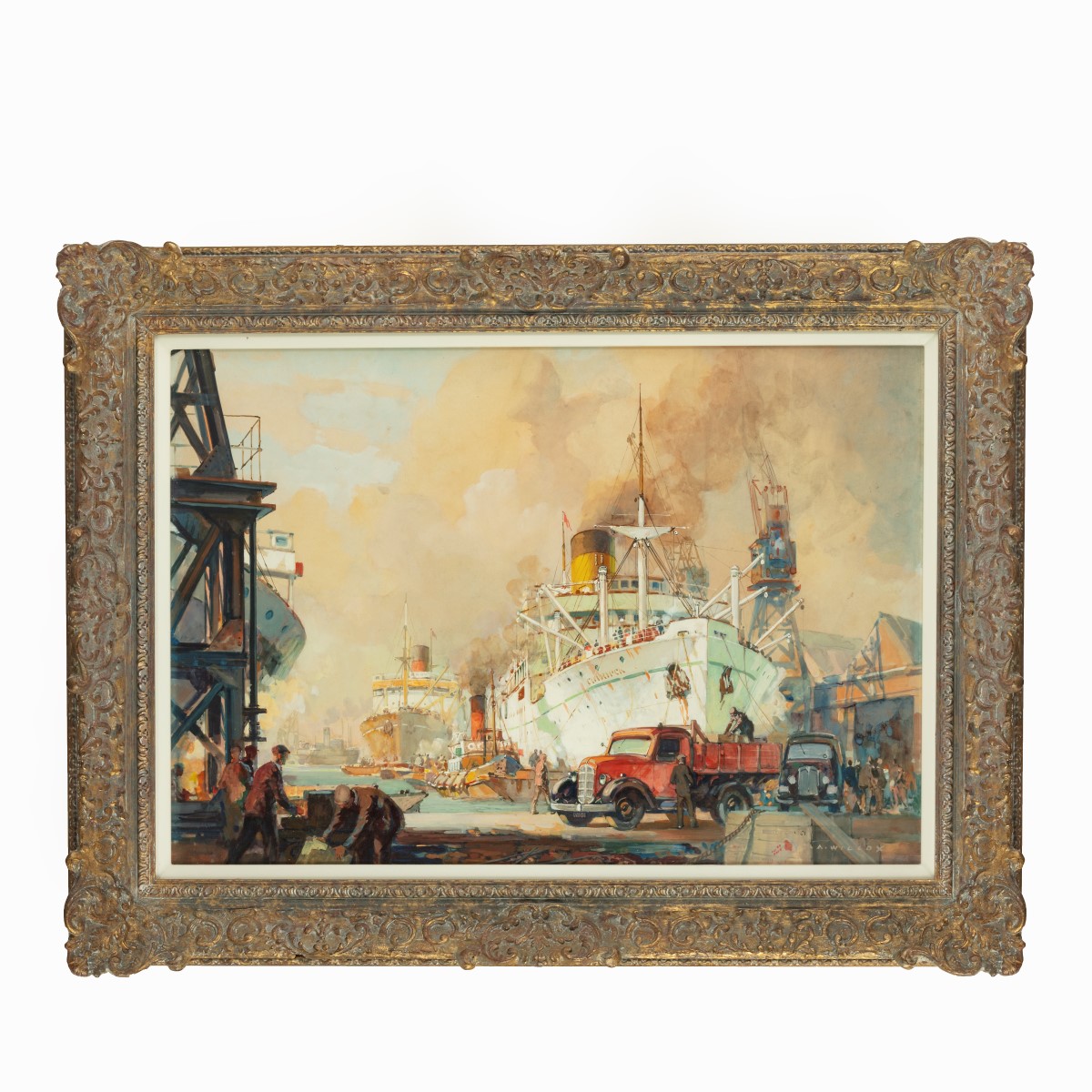 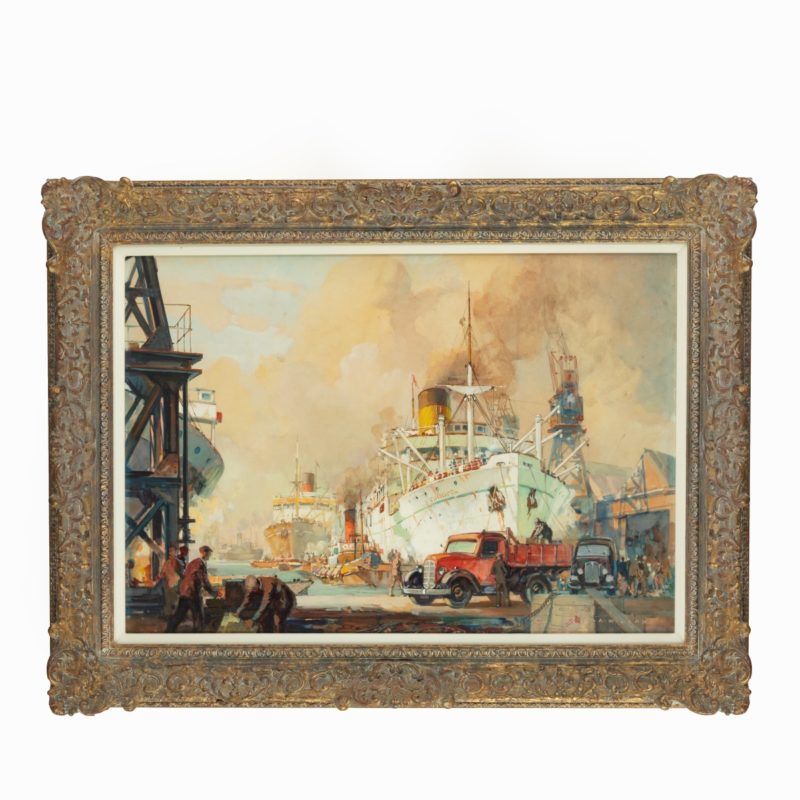 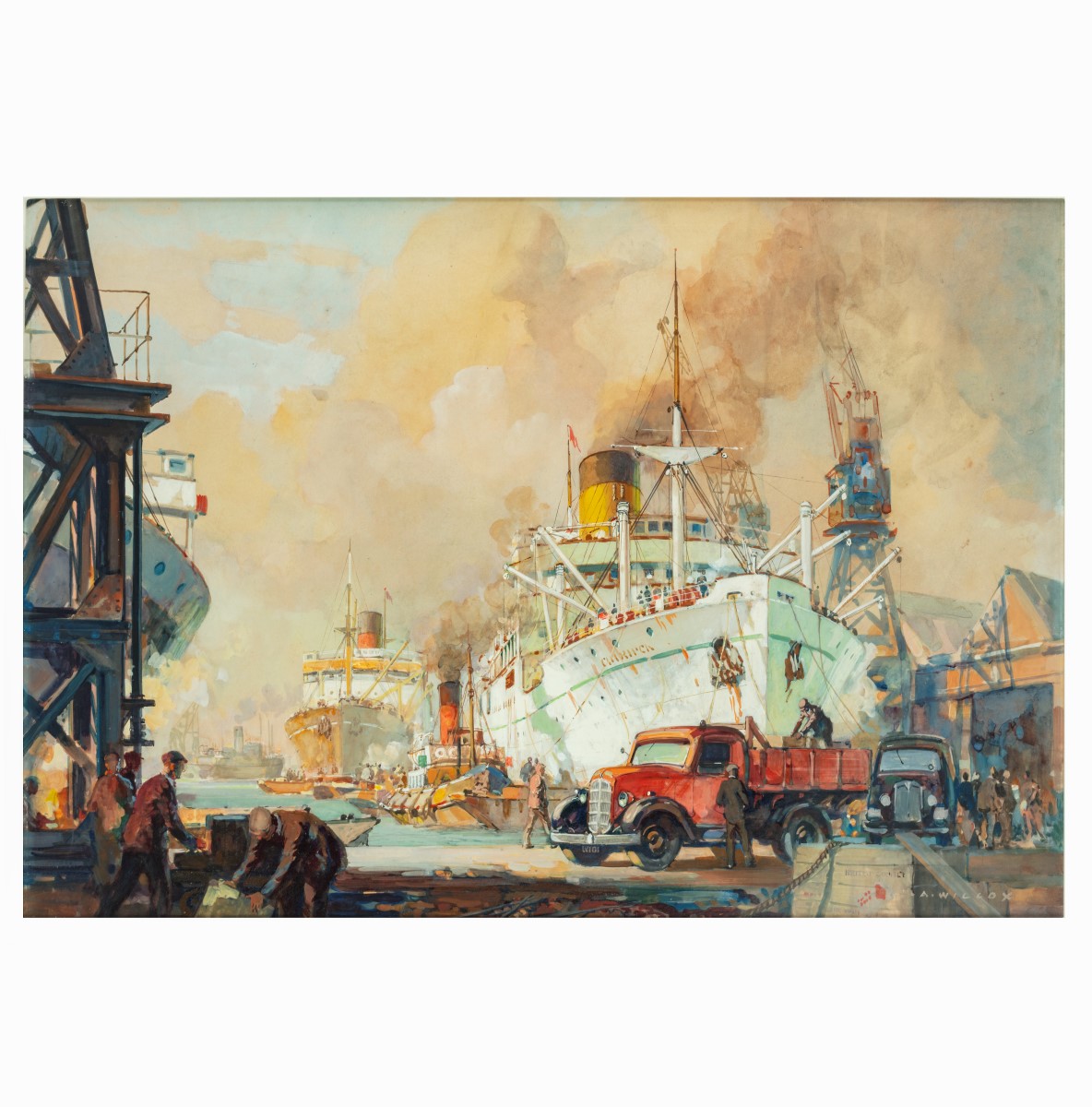 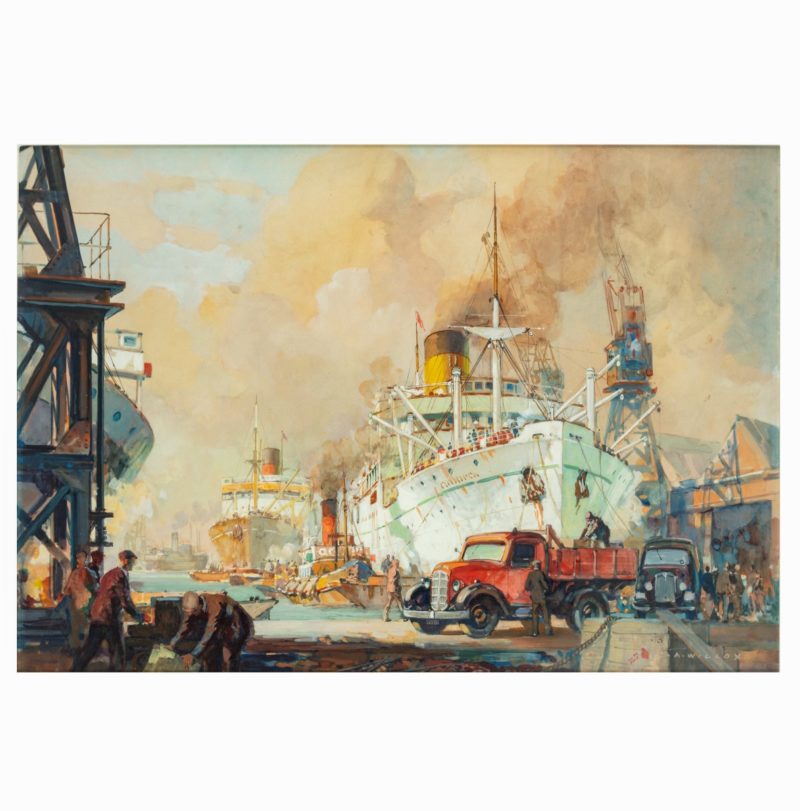 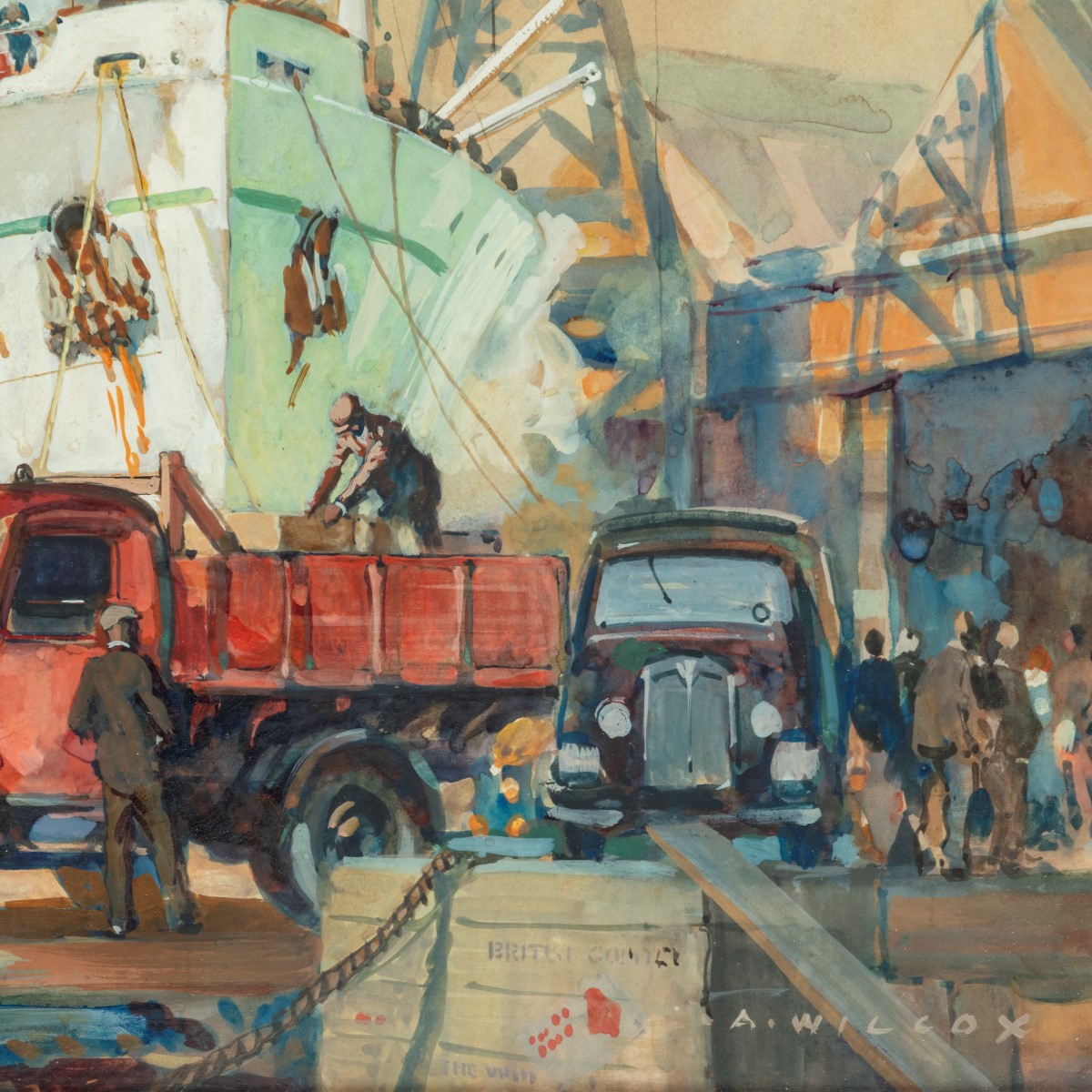 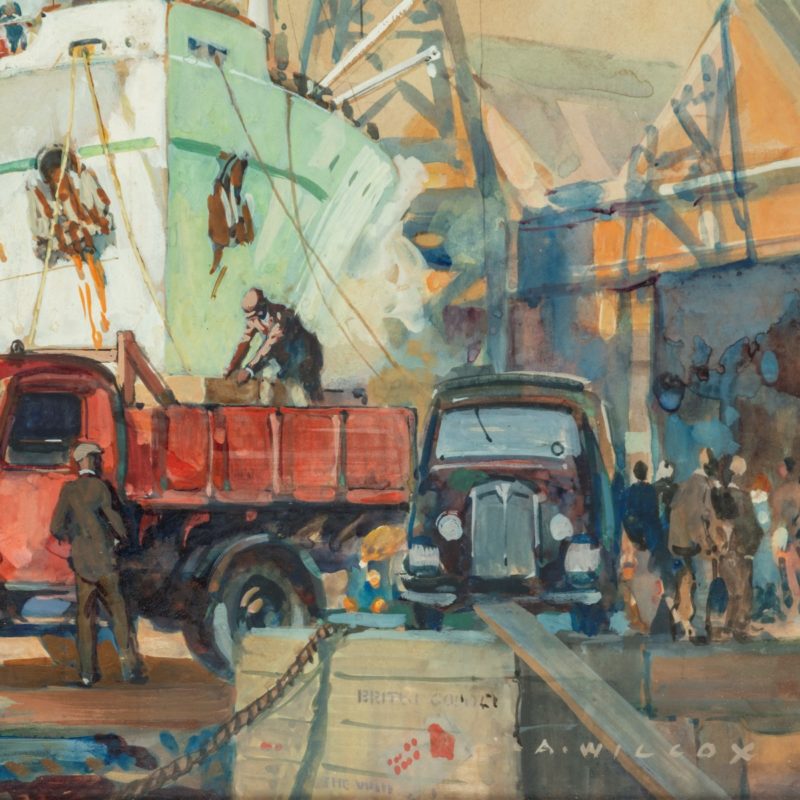 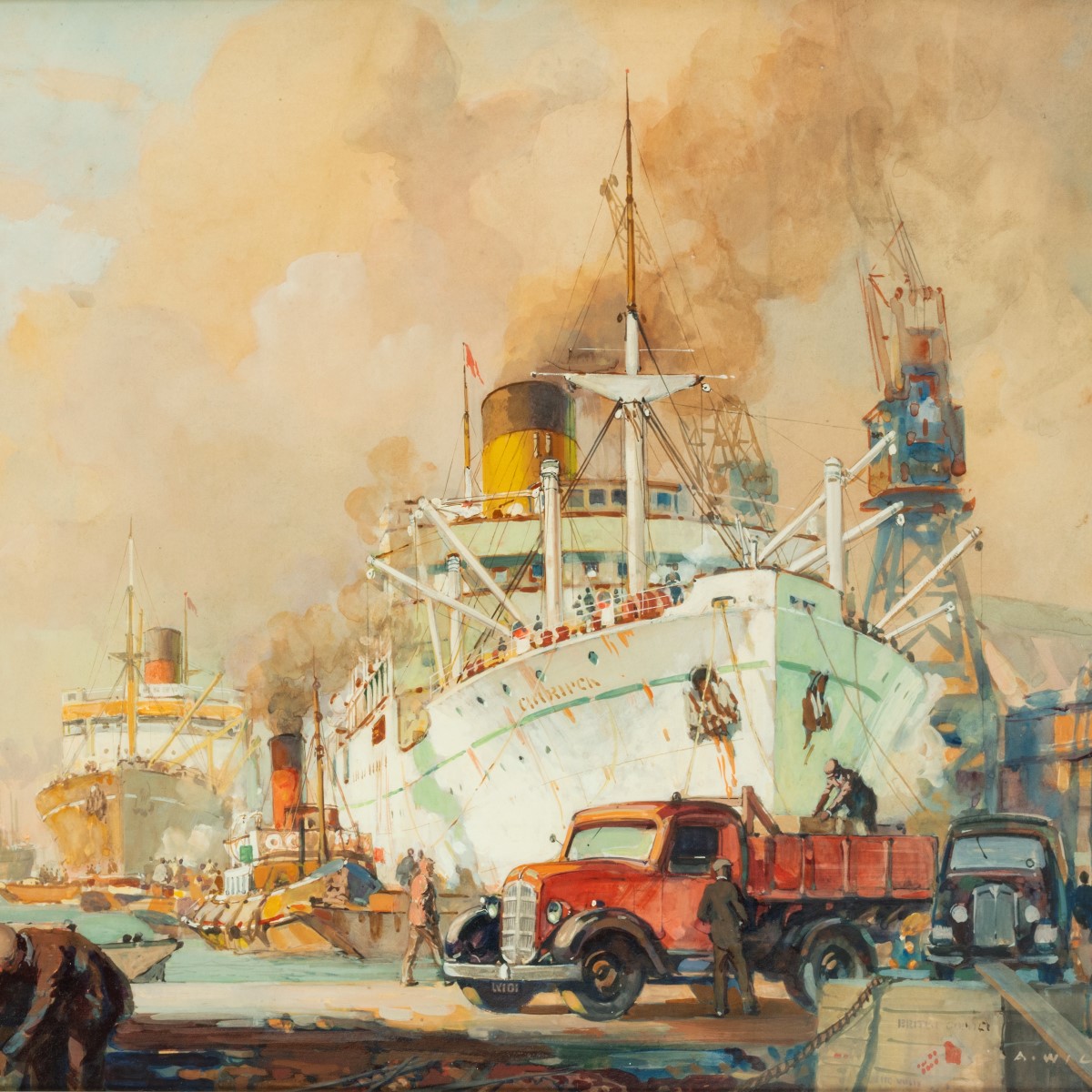 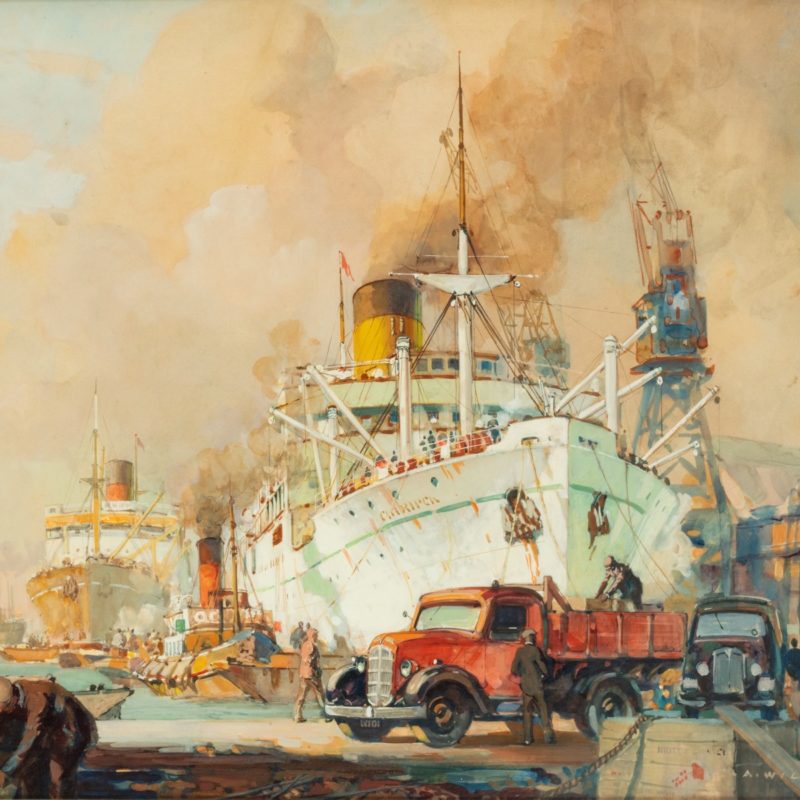 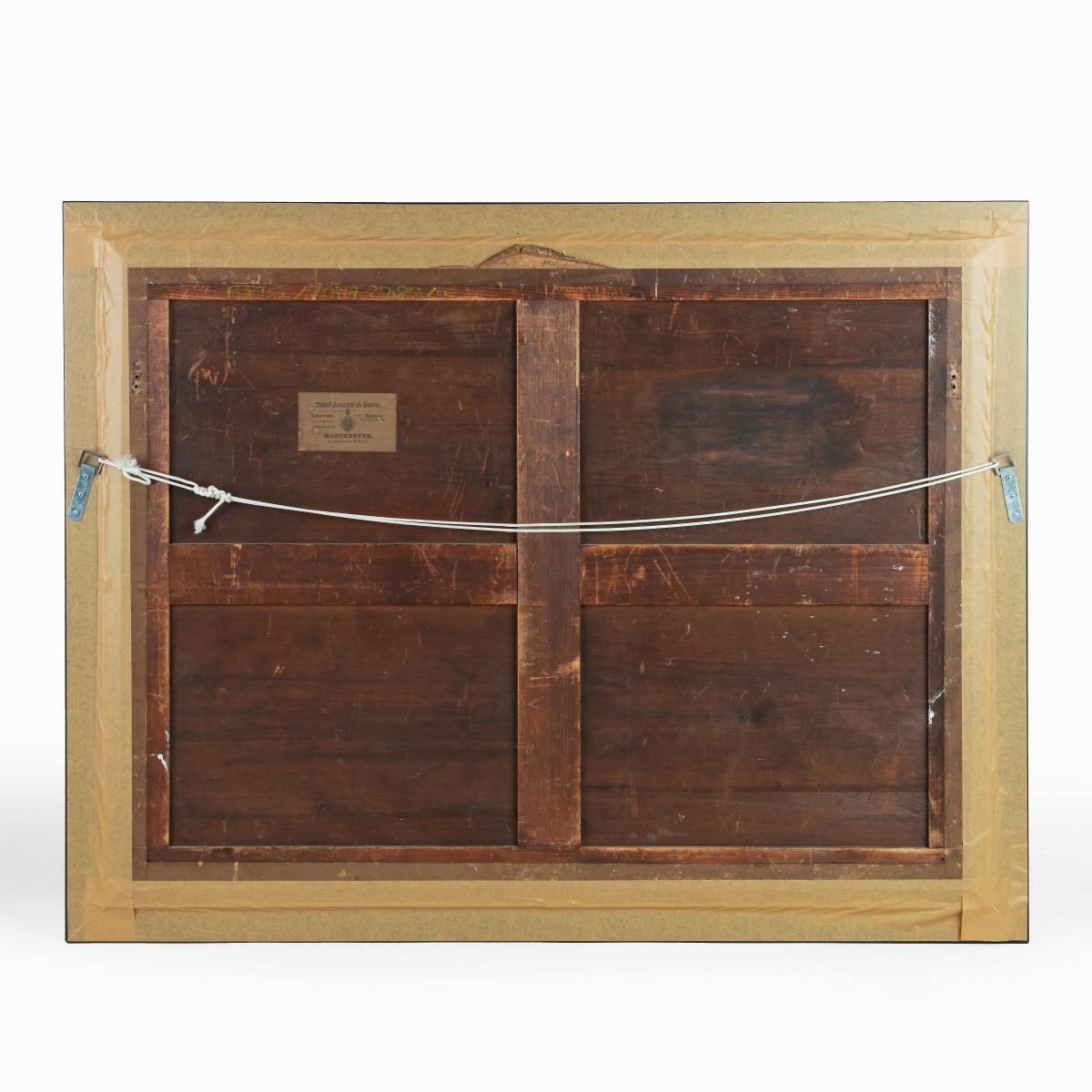 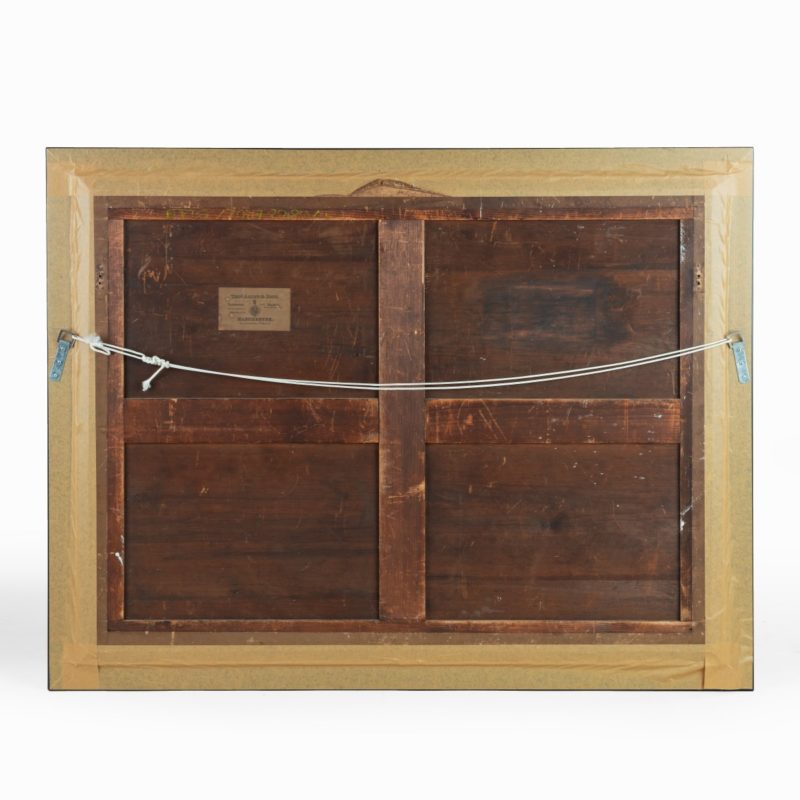 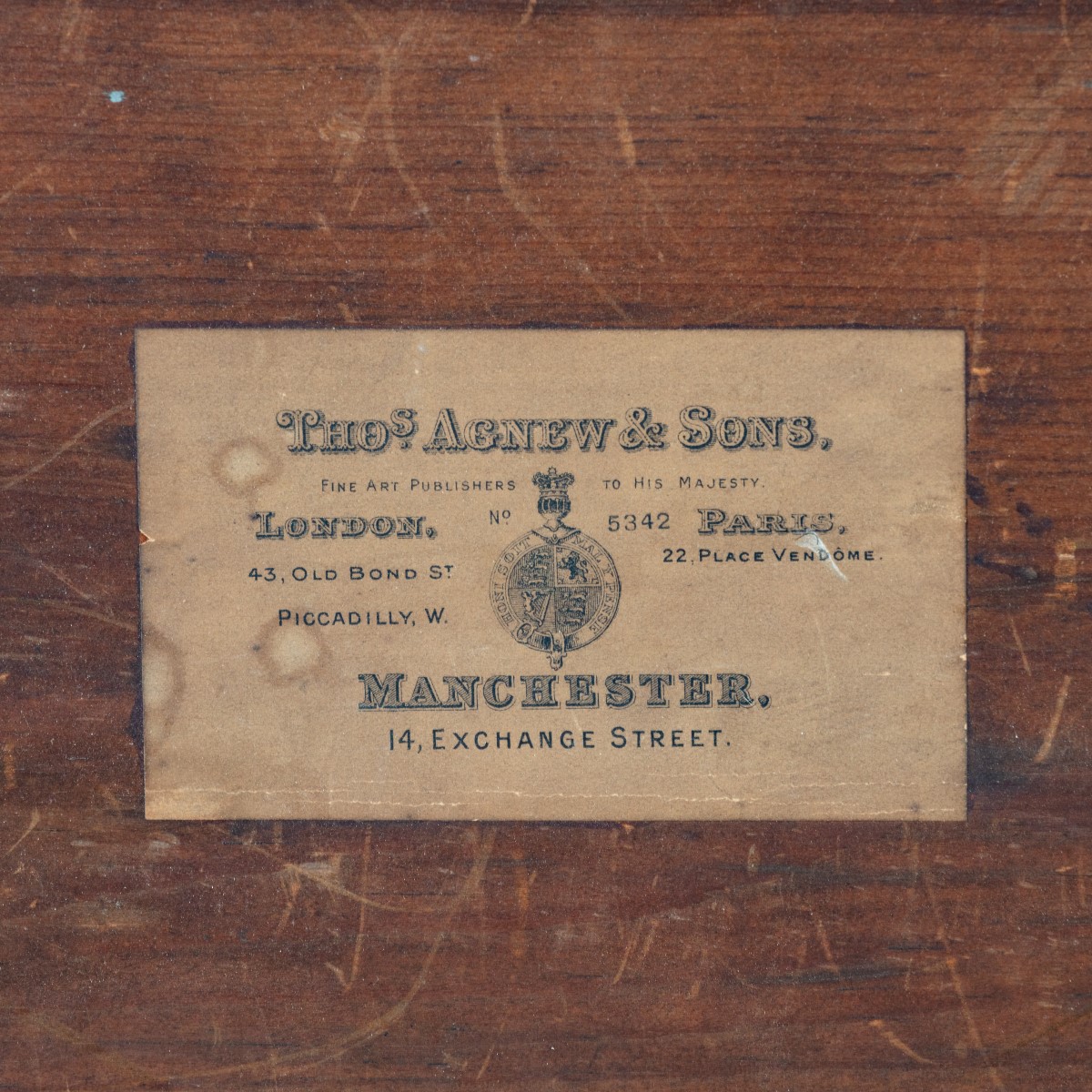 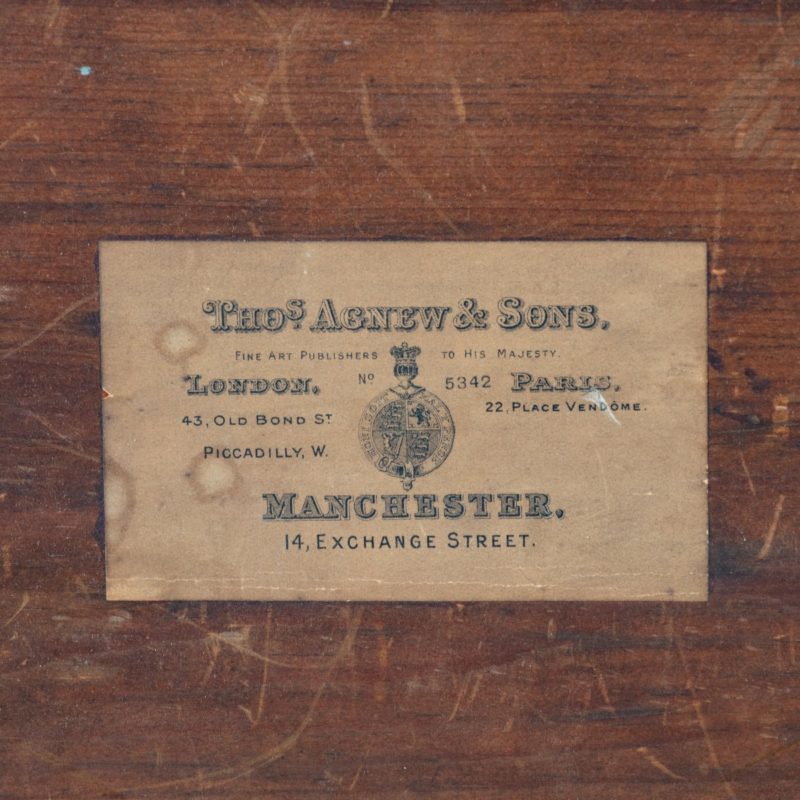 This watercolour shows a bustling port scene with lorries and porters loading a white ship with a yellow funnel, while passengers watch from the deck.  A label on the back reads ‘World Commerce, L.A. Wilcox per Rogers & Co. 1950, 7898’.  English, circa 1950.

Lesley Arthur Wilcox (1904-1982) was an English artist known mainly for his marine works in oils.  He was also a watercolourist, illustrator, poster artist, marine model-maker and author.  He wrote and illustrated two books on maritime history: Mr Pepys’ Navy and Anson’s Voyage.  Initially an illustrator for adverts and comic books, he painted the triumphal return of HM Queen Elizabeth from the Commonwealth Tour of 1953, showing the Royal Yacht Britannia passing under Tower Bridge.  This painting was subsequently hung in the drawing-room of the Royal Yacht and led to worldwide recognition and commissions from, among others, Aristotle Onassis, the Union-Castle Line, the Clan Line, Fortnum & Mason and Liberty of London.  Two of his works hang in King’s House, Jamaica, and countless others in Italy, USA, Canada, Japan, Hong Kong, Australia, etc. in addition to several in the National Maritime Museum, Greenwich.