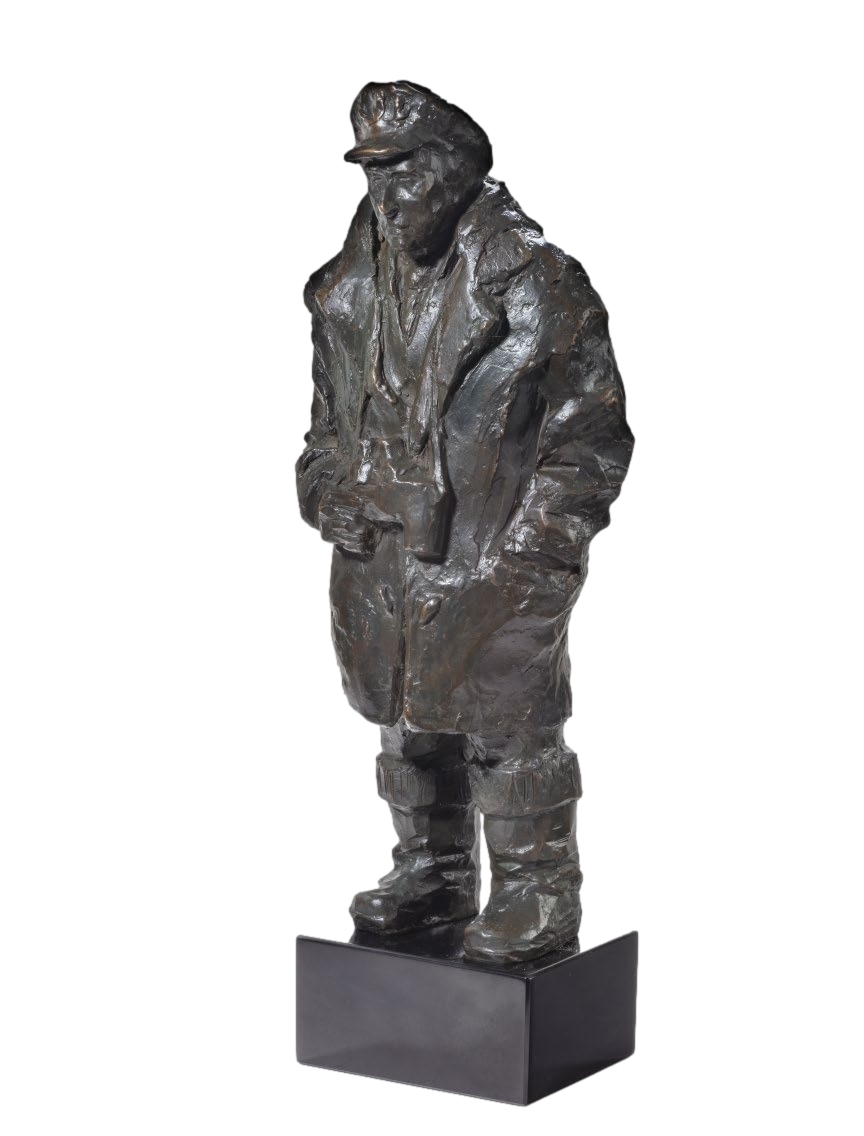 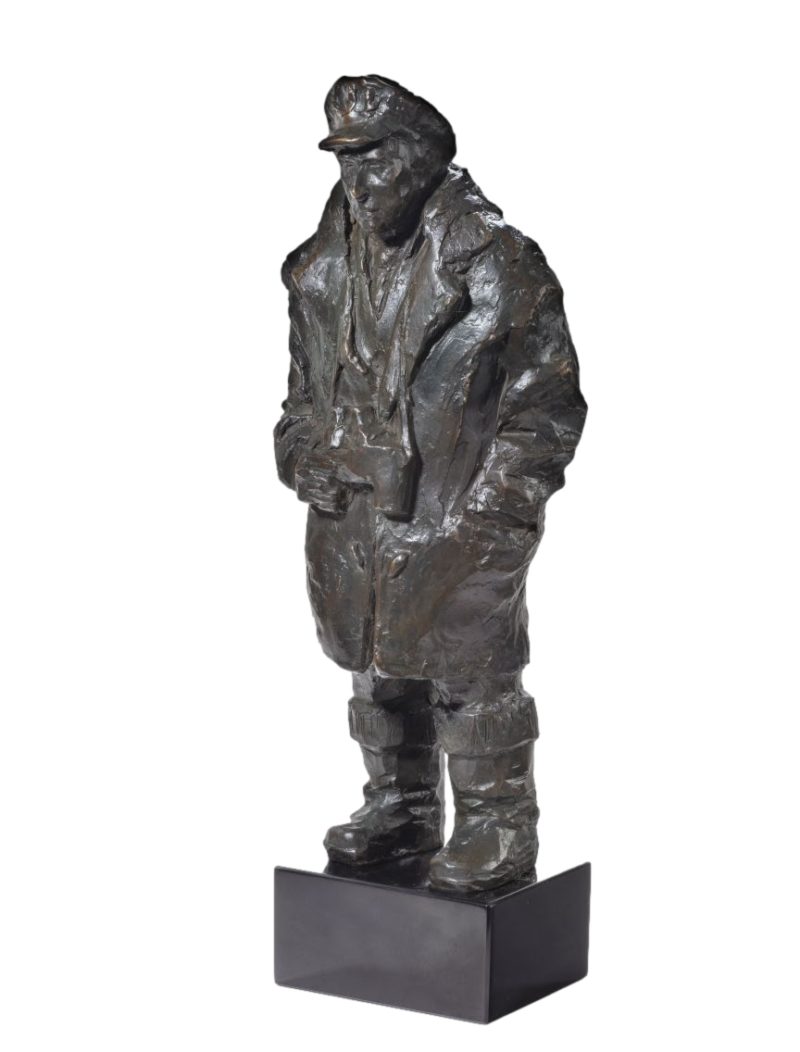 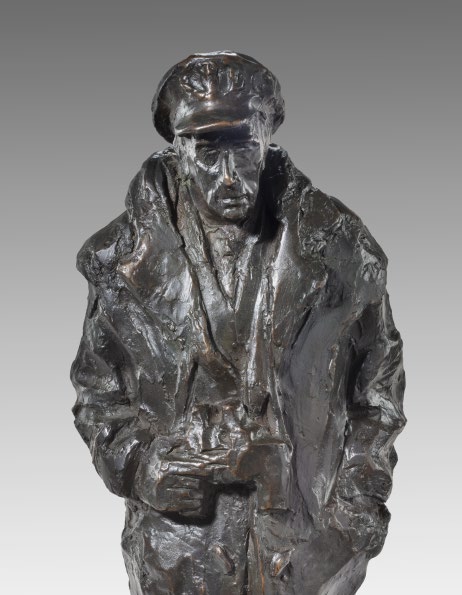 This bronze is the maquette for a sculpture of Lord Louis Mountbatten wearing a naval duffel coat, peaked cap and sea boots and holding a pair of binoculars. It is set on a highly polished black stone base and inscribed on the back ‘Mountbatten Study, G. Berlin no. 3 of 3’. English, 1989.

We are indebted to Ms Berlin for her kind help in supplying the following information. “I made this piece as a working model, maquette, to show, along with another image, to the clients who were offering the commission for the nine-foot bronze of Lord Mountbatten that now stands in Southampton’s Grosvenor Square. I had very much wanted them to choose the image you have to be scaled up, almost in the manner of that marvelous sculpture of Churchill in Parliament Square by Ivor Roberts-Jones. But, since Lord Mountbatten lost the Kelly, the client thought it inappropriate to have him in naval attire. They chose the other image I did where he is in British Army tropical uniform as they wanted to reflect his time in Burma. I think the date of that commission was 1989. Greta Berlin”.

Admiral of the Fleet Lord Louis Mountbatten, 1st Earl Mountbatten of Burma (1900-1979) was an uncle of Prince Philip, Duke of Edinburgh, and second cousin once removed of Queen Elizabeth II. He first went to sea on the battlecruiser Lion in July 1916 and continued his naval career from the final days of WWI right through to VJ Day in 1945, by which time he had achieved the rank of Supreme Allied Commander, South East Asia Command. Afterwards, he was the last Viceroy of India (1947) and the first Governor-General of independent India (1947-1948). From 1954 to 1959, Mountbatten was First Sea Lord. He was assassinated by the Provisional IRA in 1979.