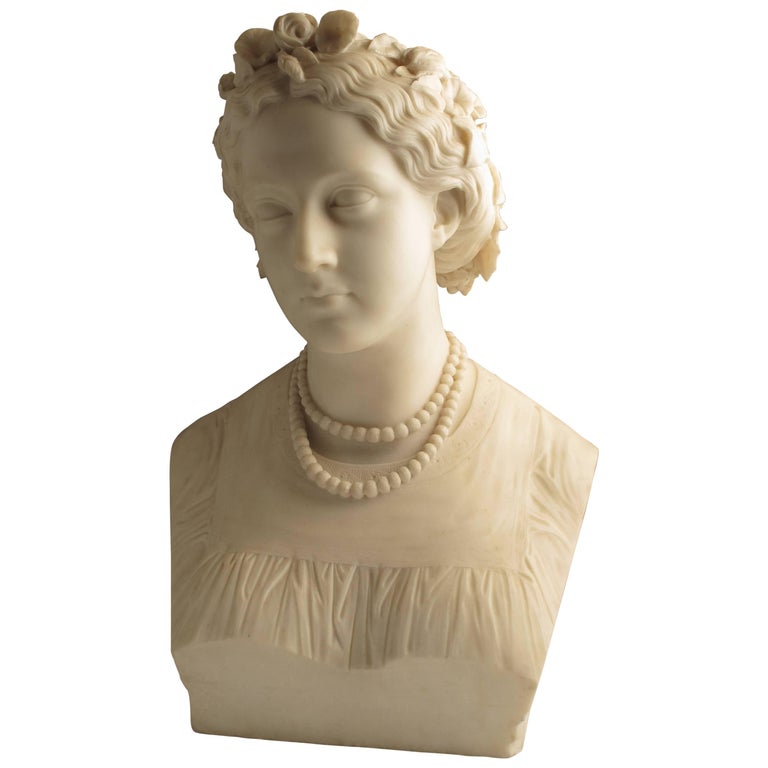 Provenance: Adams-Acton won the Royal Academy’s Gold Medal for sculpture in 1858 and his prize was to study in Rome under John Gibson, the important British Neoclassical sculptor. This bust of a young lady as Flora, Roman goddess of flowers and the Spring, was probably executed by Adams-Acton in Gibson’s studio in Rome, where he spent a successful period making portraits of Grand Tour patrons. The inscription, ‘Ellen A. Hall’, is probably the name of the sitter, who was most likely a young British tourist in Rome. Adams-Acton exhibited regularly at the Royal Academy from 1854 until 1892, where his sitters included William Gladstone, Charles Dickens and Pope Leo XIII.