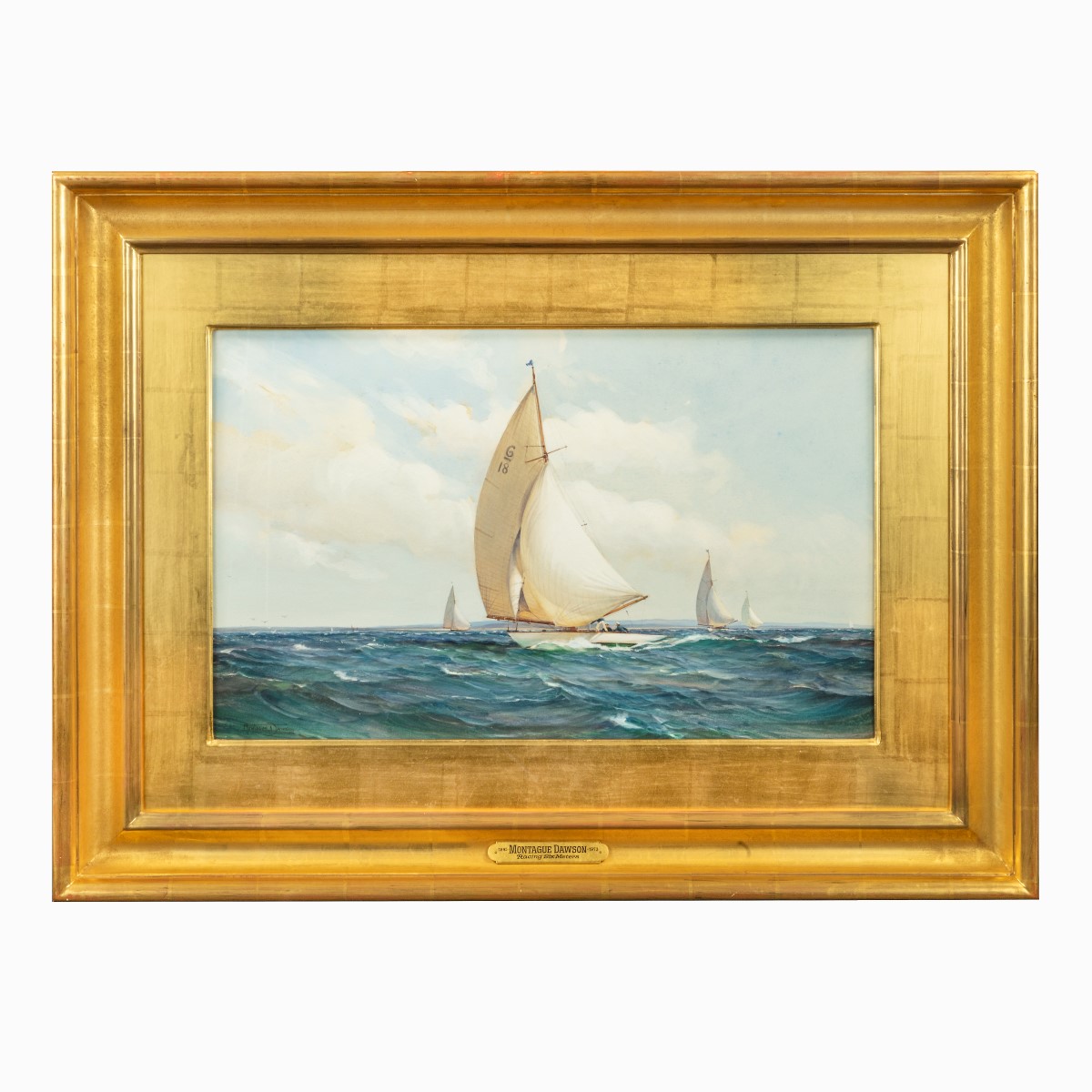 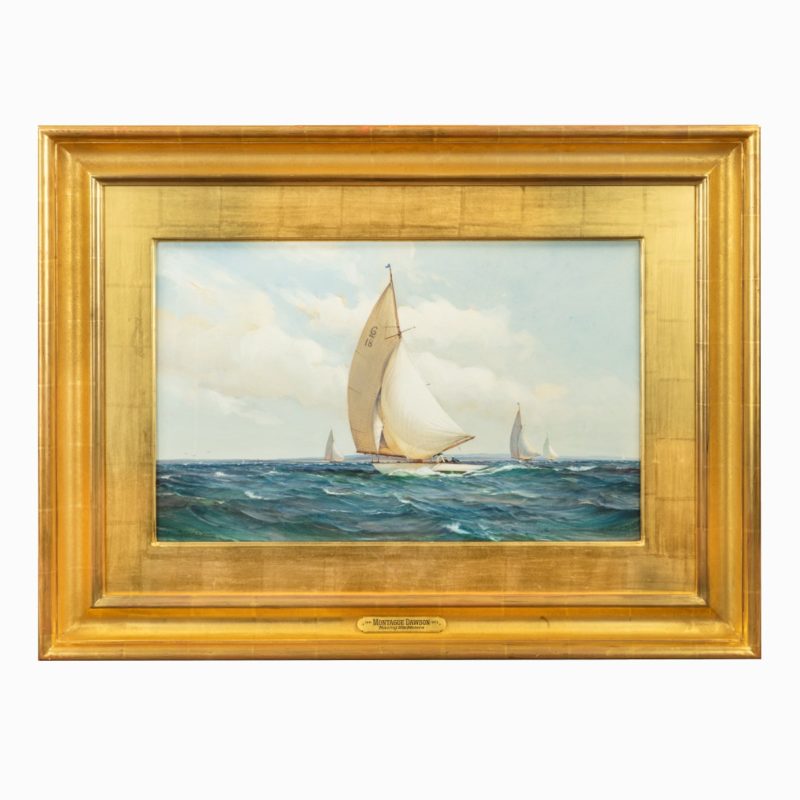 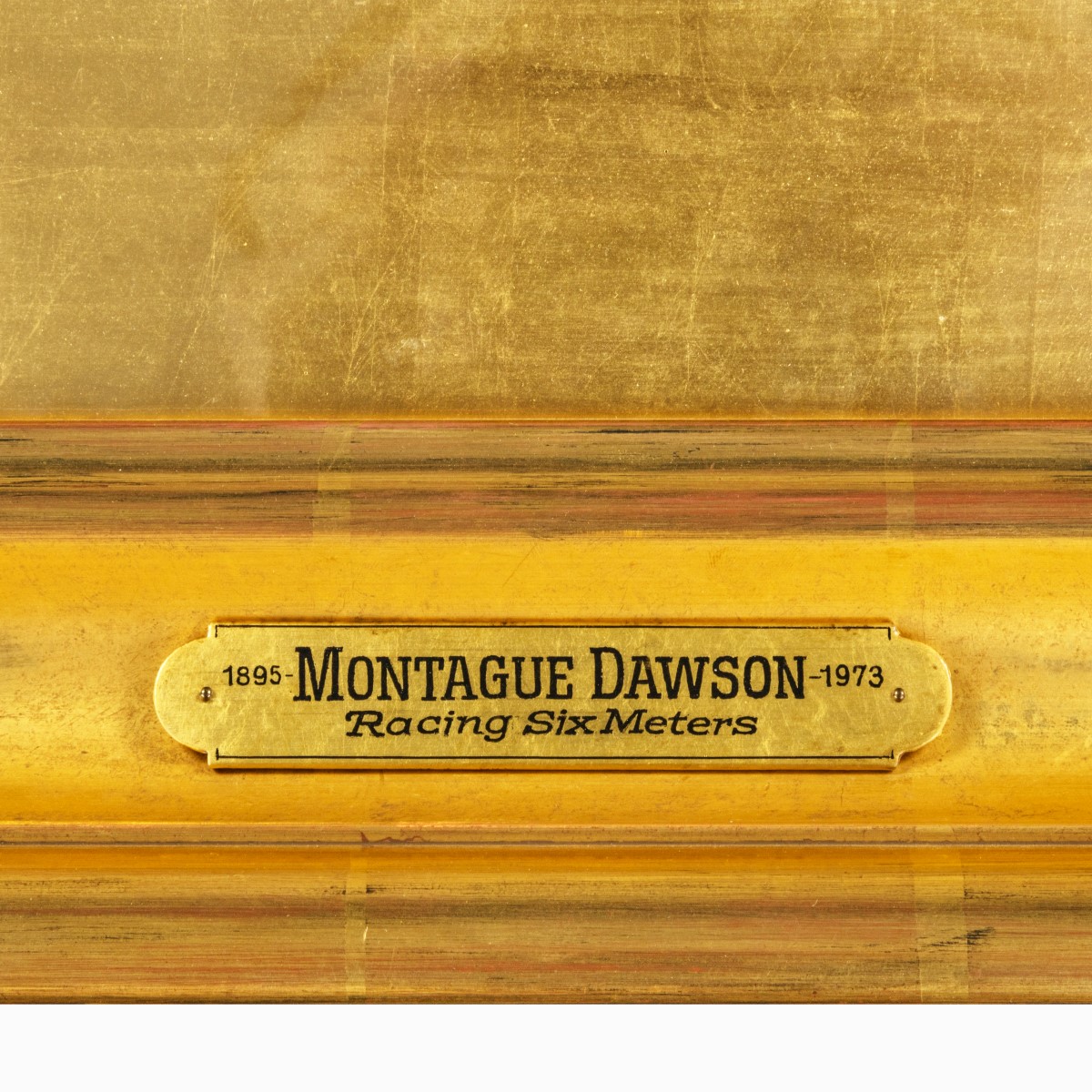 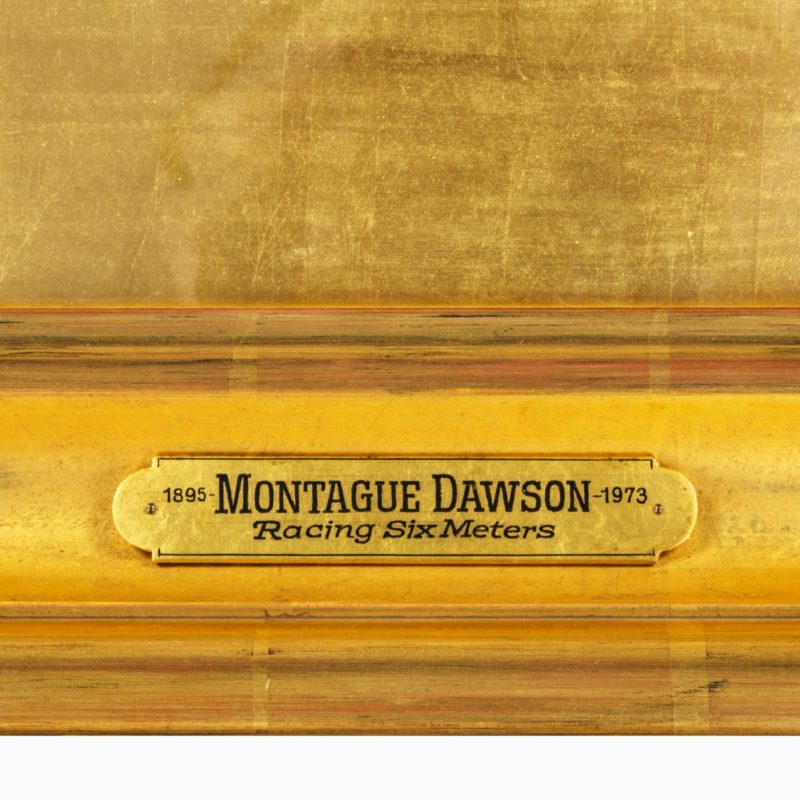 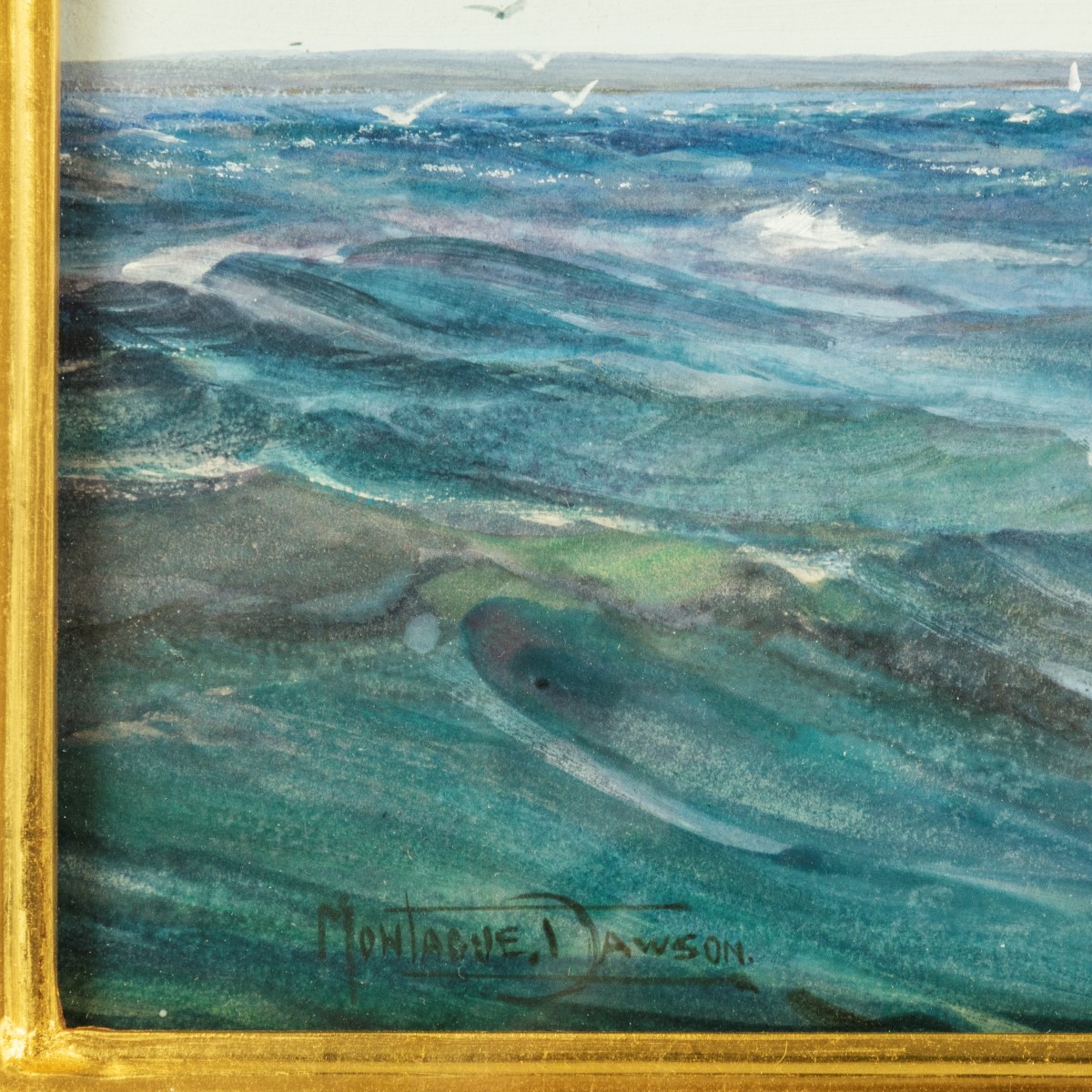 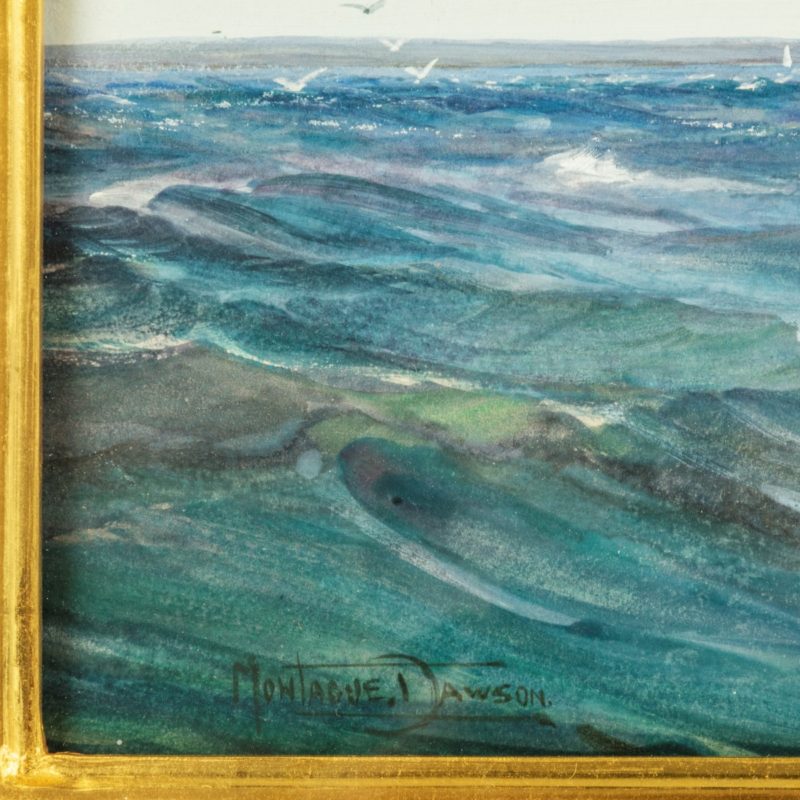 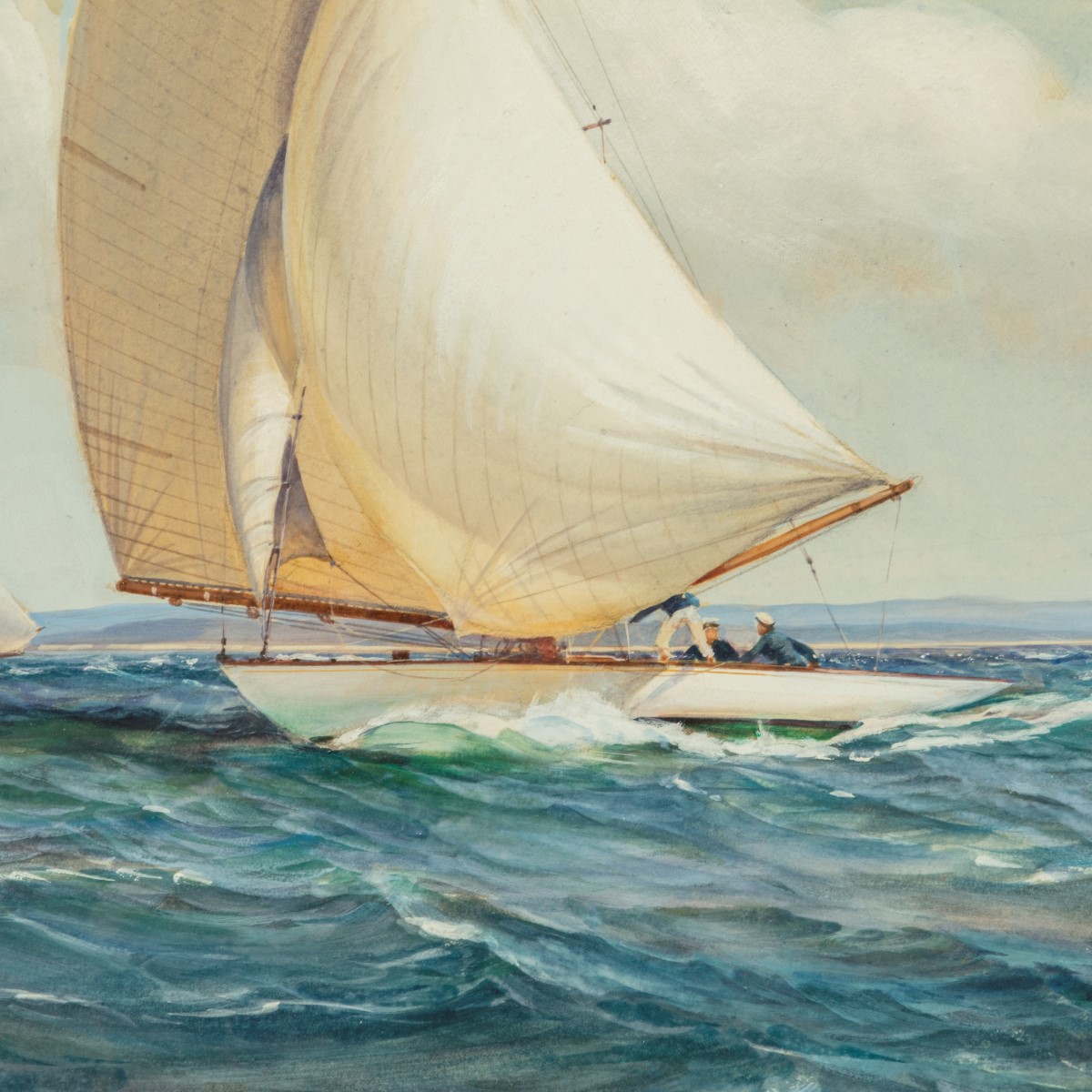 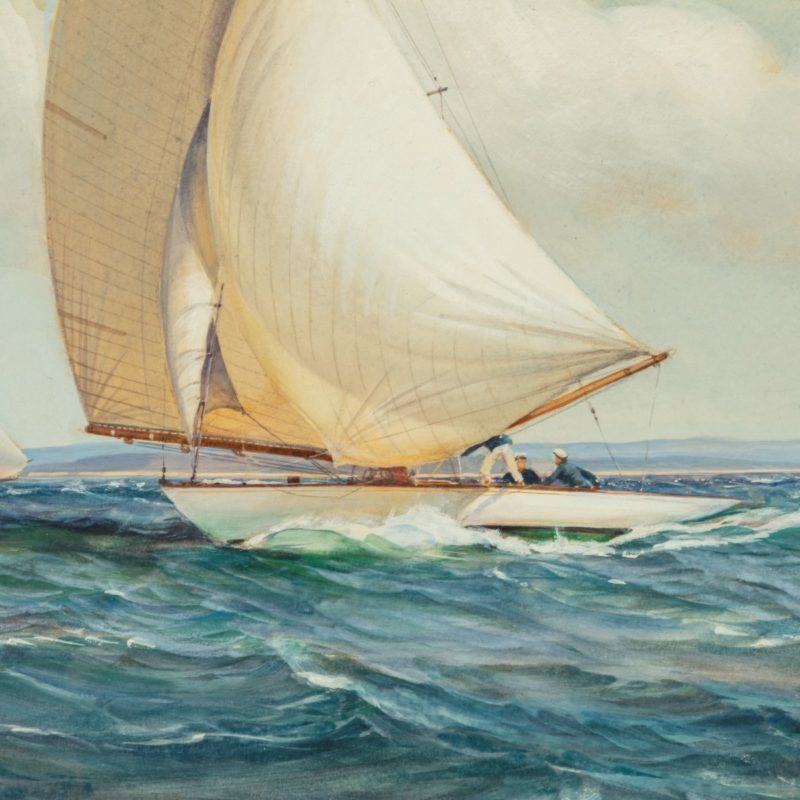 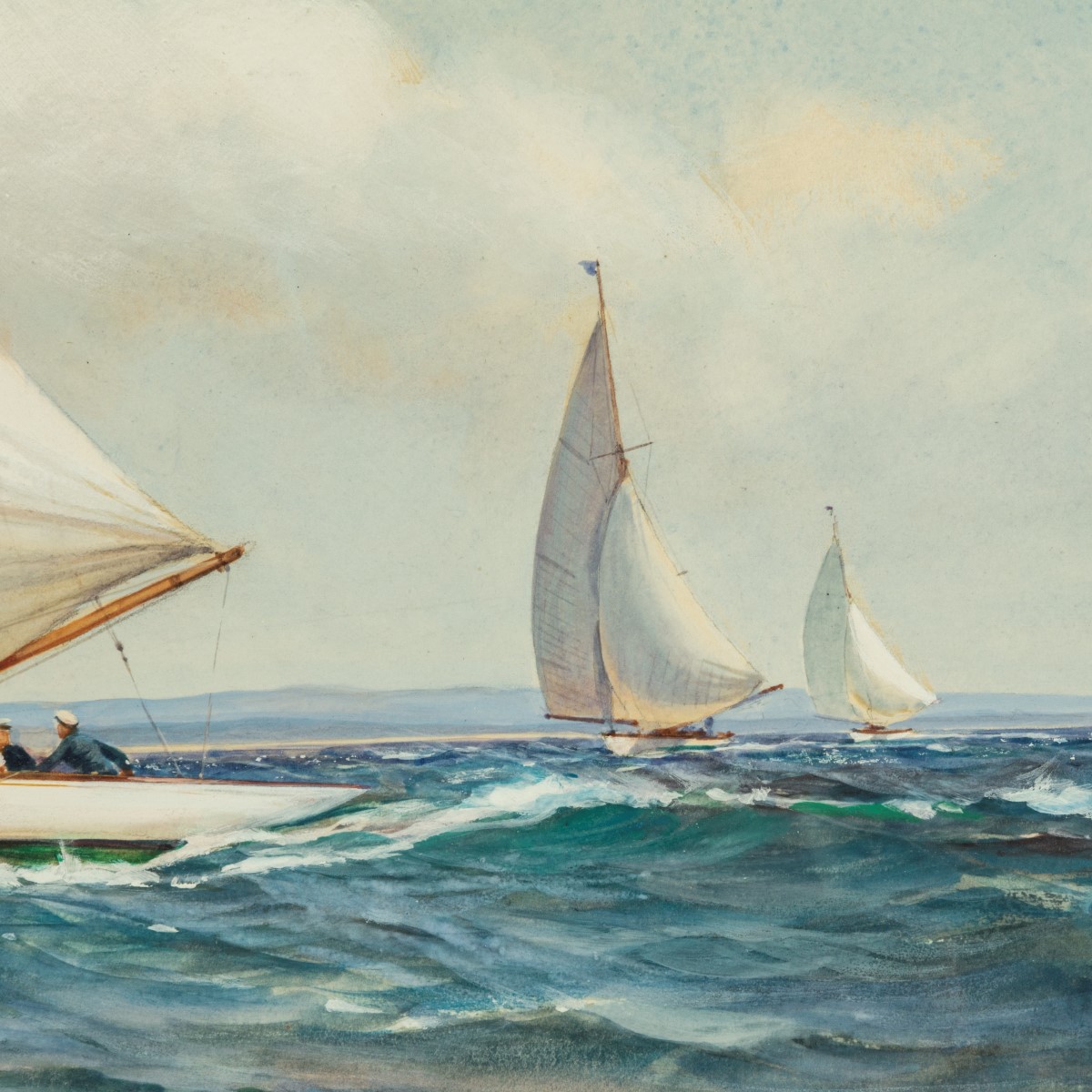 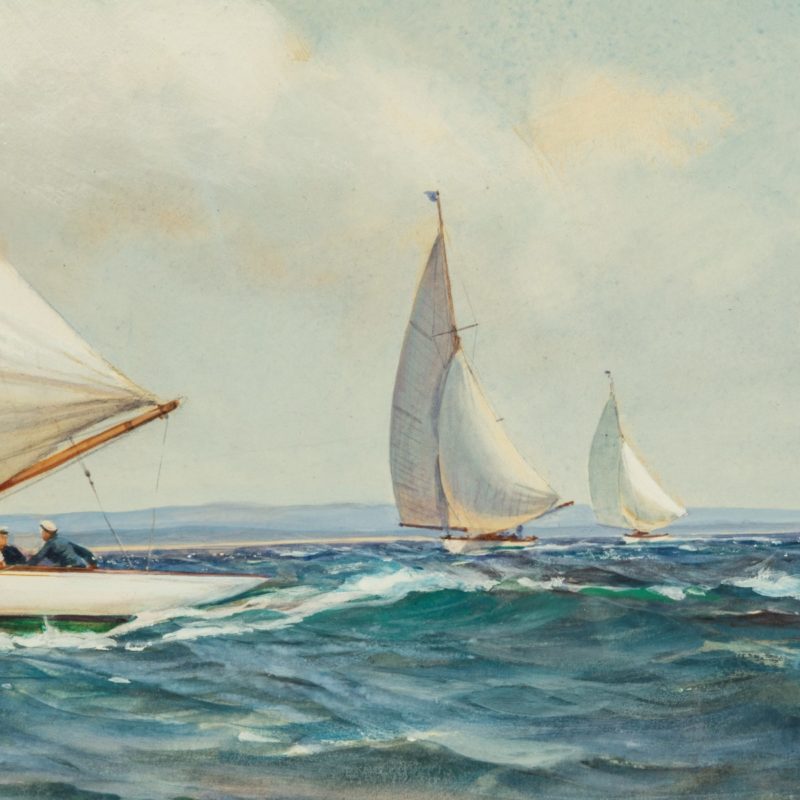 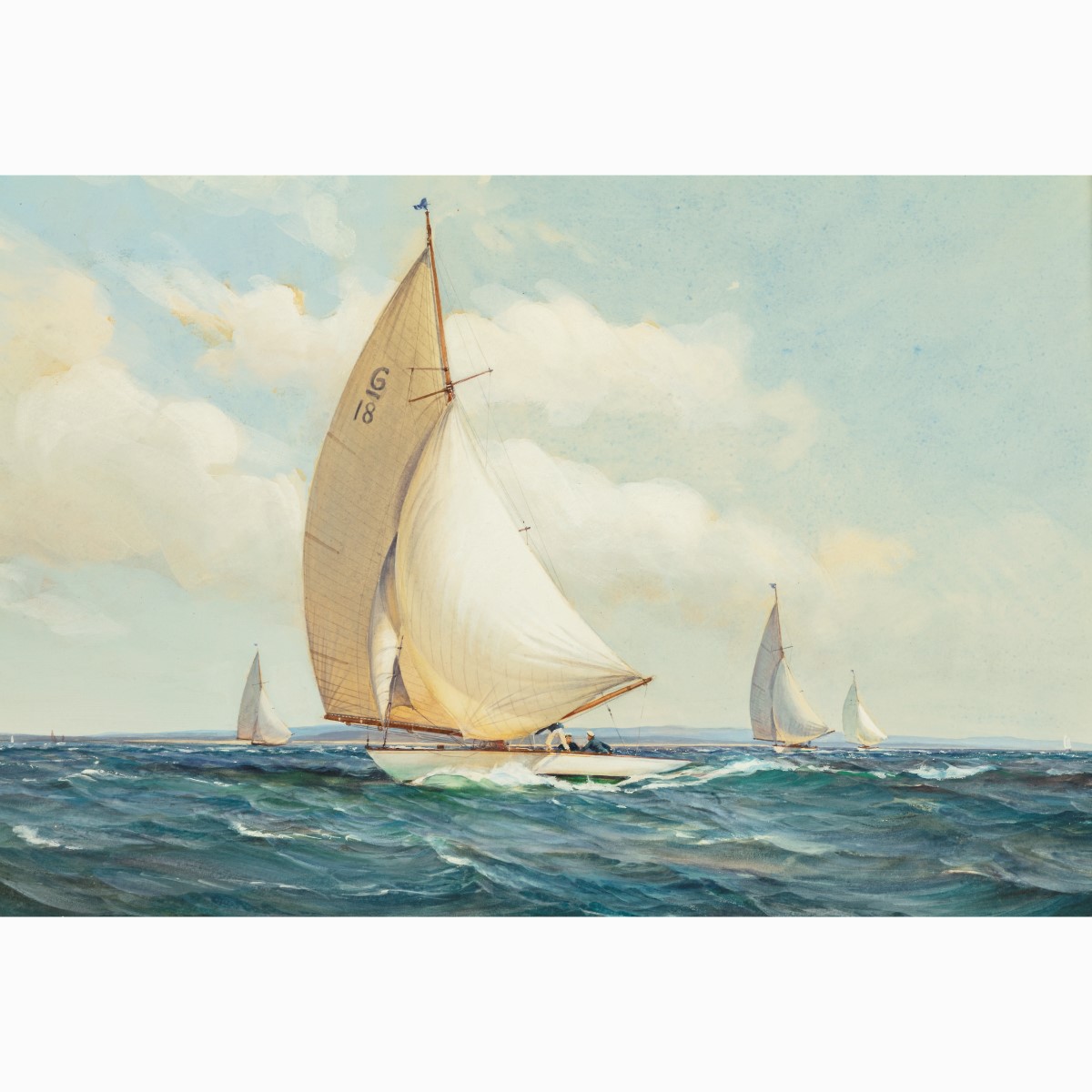 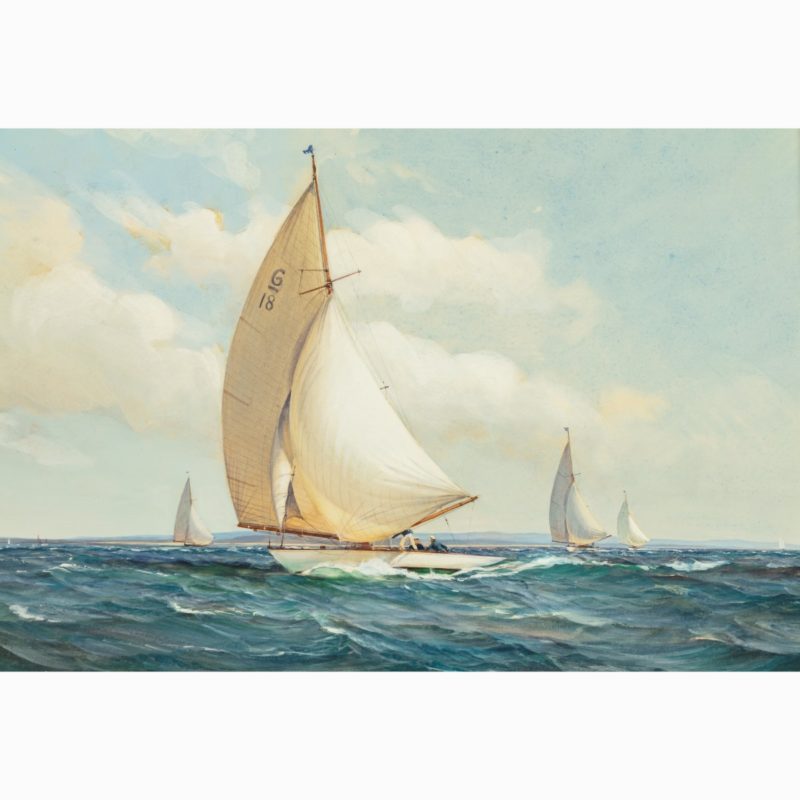 The yacht in this painting was built by Camper & Nicholsons.  She is therefore most likely to be their Six-metre called Patience, sail no. K18.  George Nicholson commissioned Montague Dawson to paint some of their yachts, although the majority of recorded examples are in oil.  ‘Patience’ was built in 1922, raced under Rule 2 and was first recorded as K18 in 1926.  From 1962 she was known as ‘Cindy Lou’.

The International Six Metre class of classic racing yachts was chosen for the Olympics from 1908 until 1952 in Helsinki.  The second iteration of the International Rule was introduced for the 1920 Olympics.  This is therefore the first year where race committees had to resolve the problem of uneven competition between boats built to different rules.  In their heyday, Sixes were the most important international yacht racing class, and they are still raced around the world with active fleets in Europe, North America and Scandinavia. Performance differences between classic and modern era Sixes are usually small and they can be raced together.