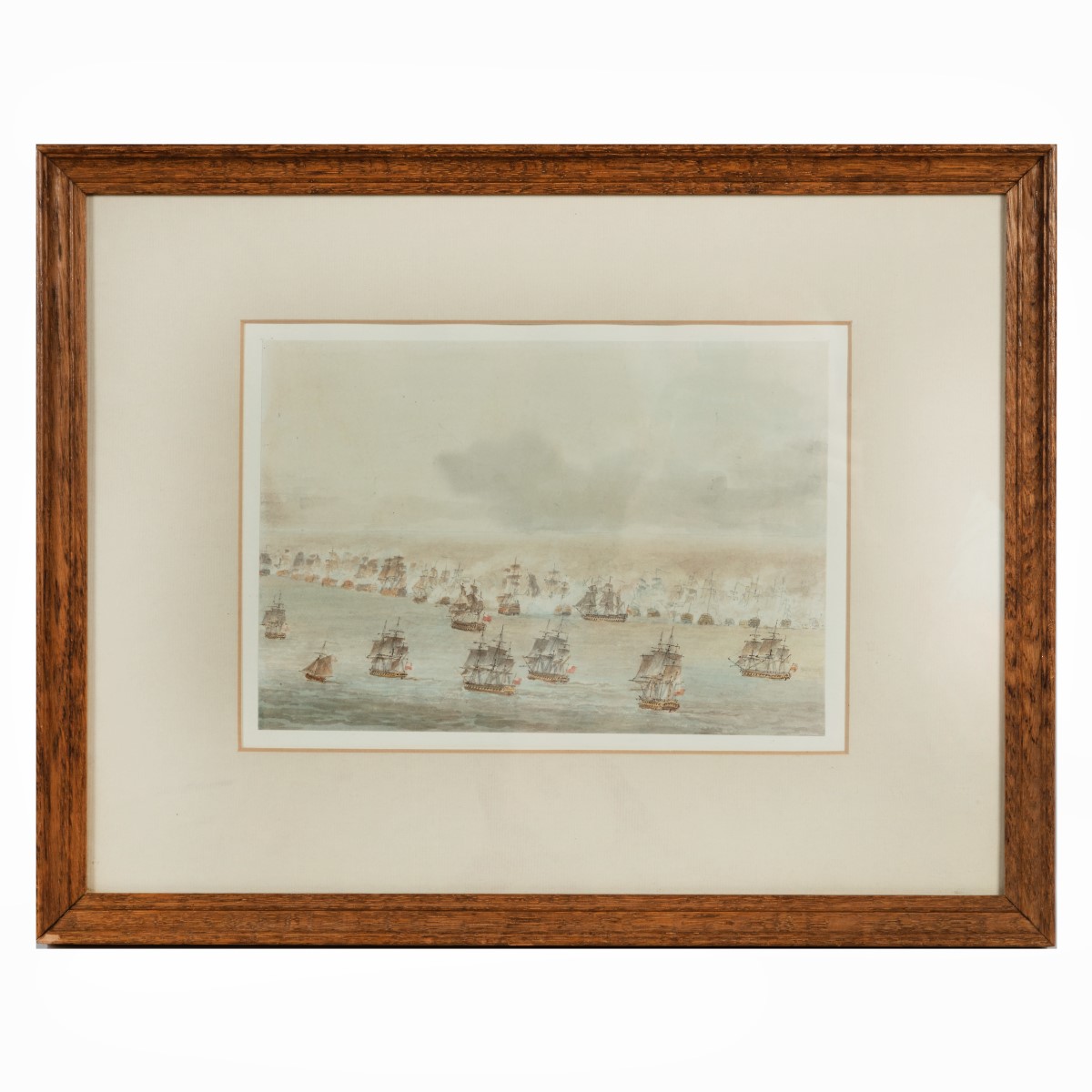 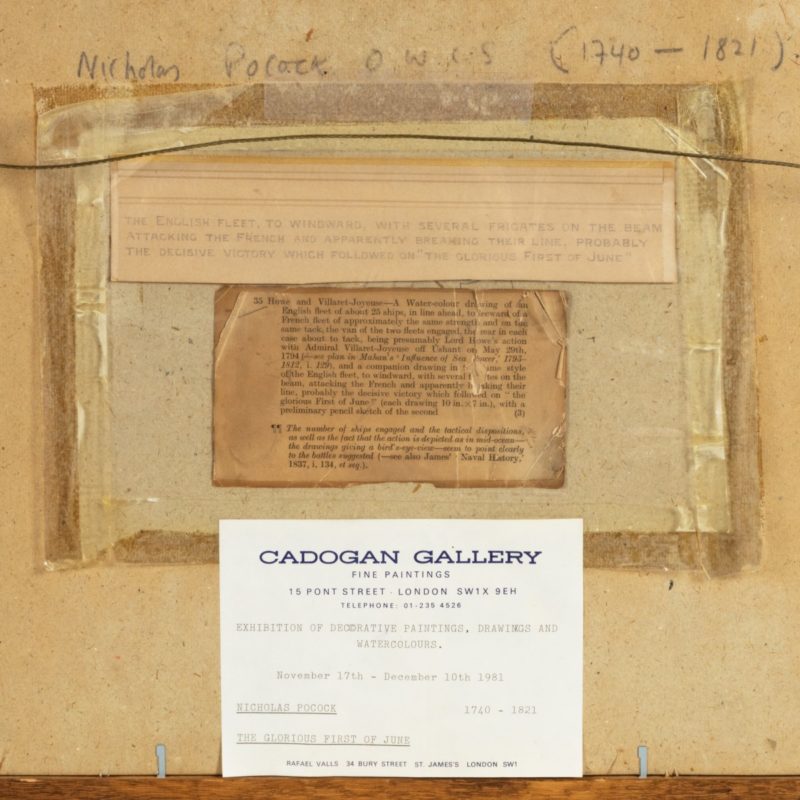 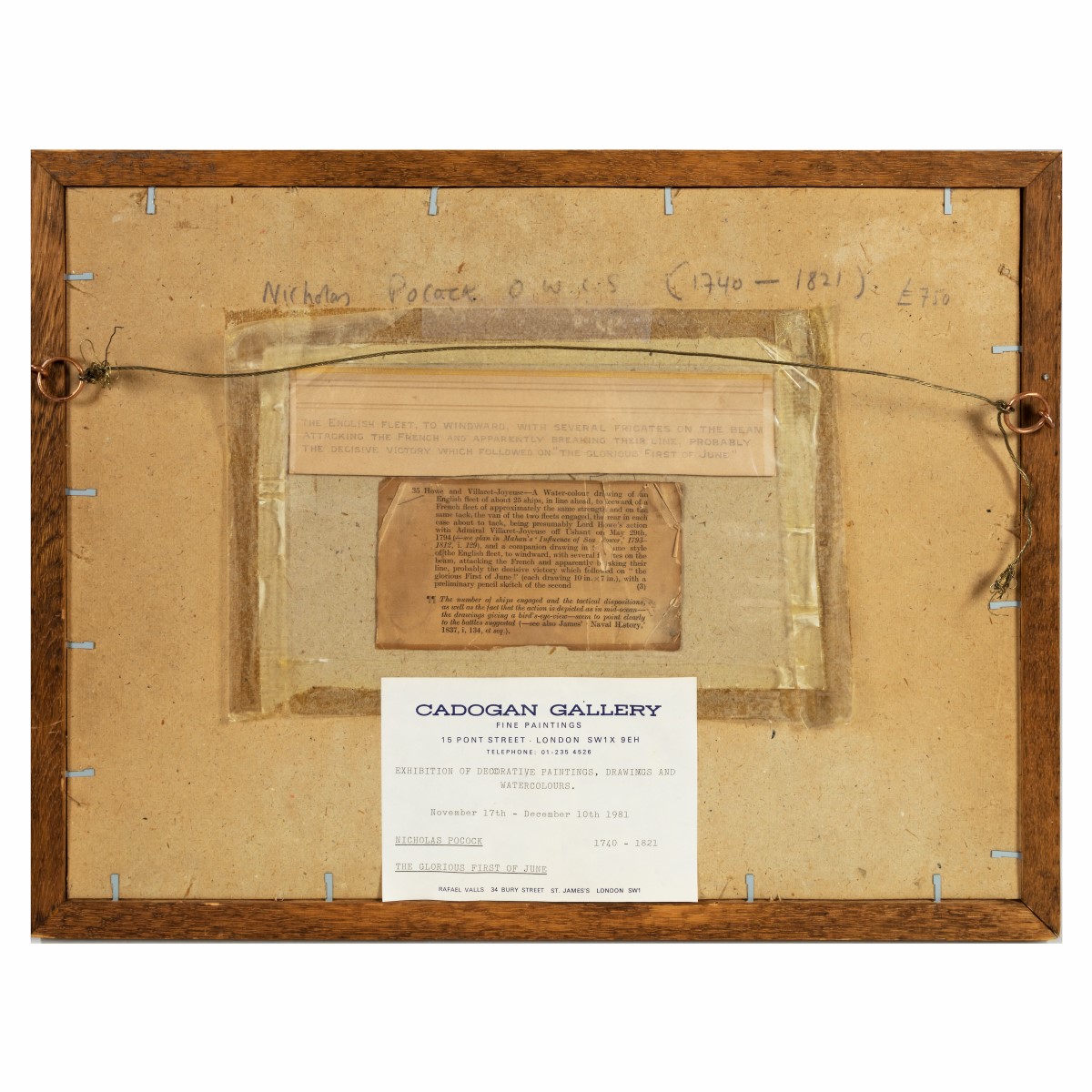 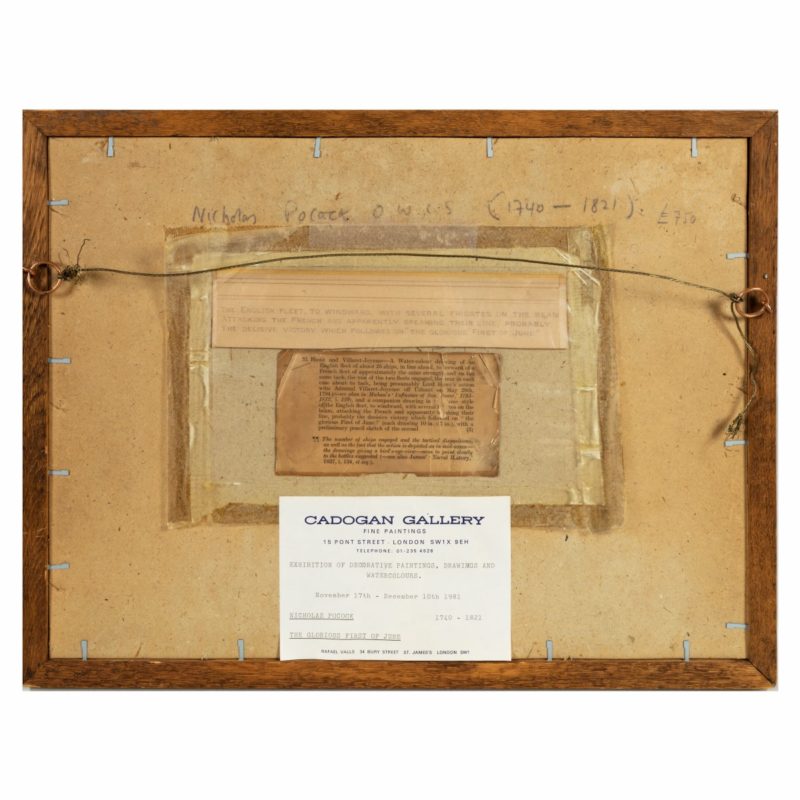 Nicholas Pocock: ‘The Glorious First of June’, ink, grey wash and watercolour on paper showing the battle formation of Admiral Lord Howe’s British fleet and the French under Rear Admiral Villaret de Joyeuse at The Glorious First of June on 1 June 1794. It was customary for each ship to have an artist on board, one of whose duties was to create a visual record of each encounter with the enemy.

Nicholas Pocock, (2 March 1740 – 9 March 1821), followed his father’s profession and was master of a merchant ship by the age of 26.  During his time at sea, he became a skilled artist by making ink and wash sketches of ships and coastal scenes for his log books.  In 1778 he gave up the sea and devoted himself to painting.  The first of his works were exhibited by the Royal Academy in 1782 and he was then commissioned to produce a series of paintings illustrating George Rodney‘s victory at the Battle of the Saintes.  In 1789, he moved to London, where his reputation and contacts continued to grow.  He was a favourite of Samuel Hood (who commanded Emerald in the Caribbean) and was appointed Marine Painter to King George.  He was present at the Battle of the Glorious First of June in 1794, on board the frigate HMS Pegasus. Nicholas Pocock was a member of the O W C S  1740-1821.