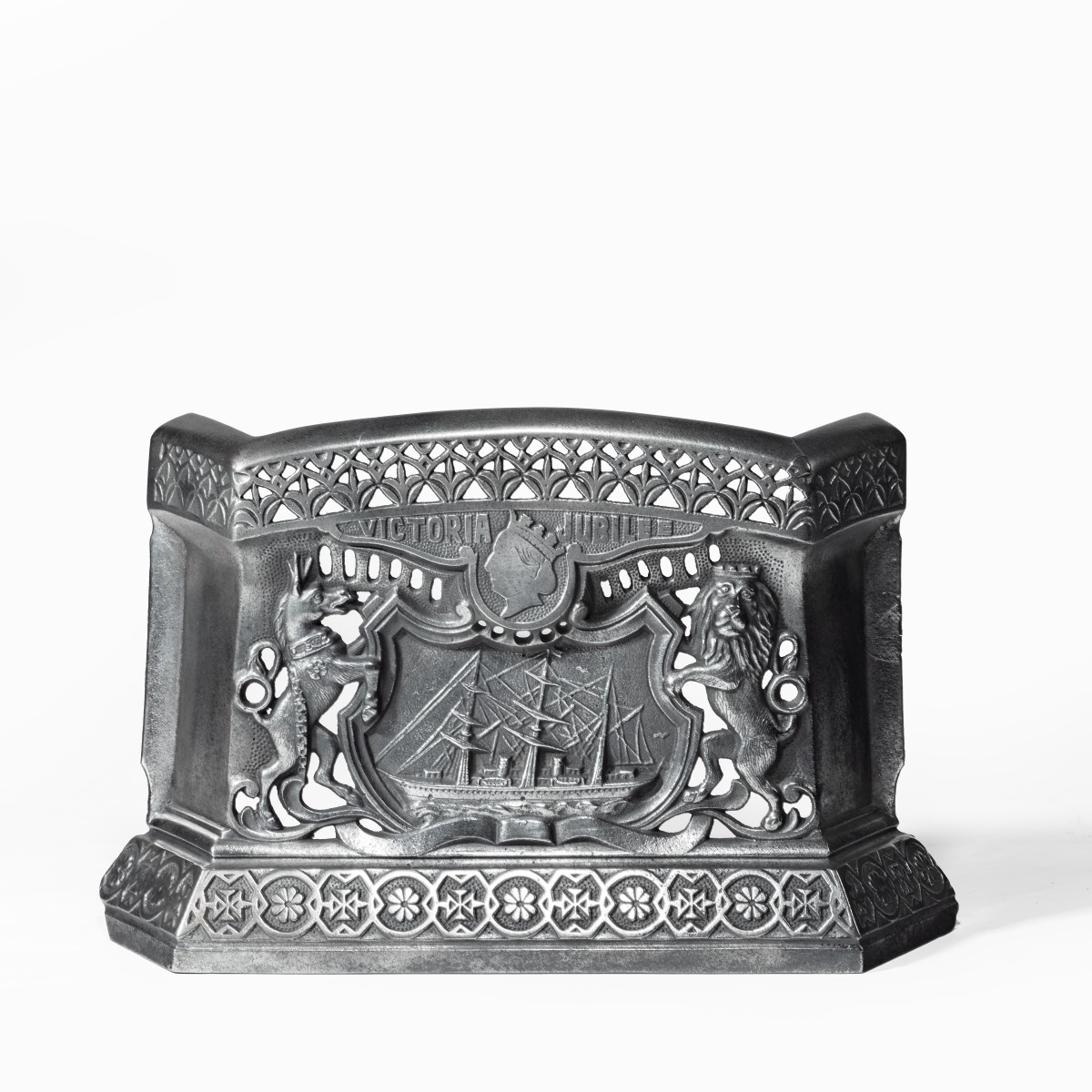 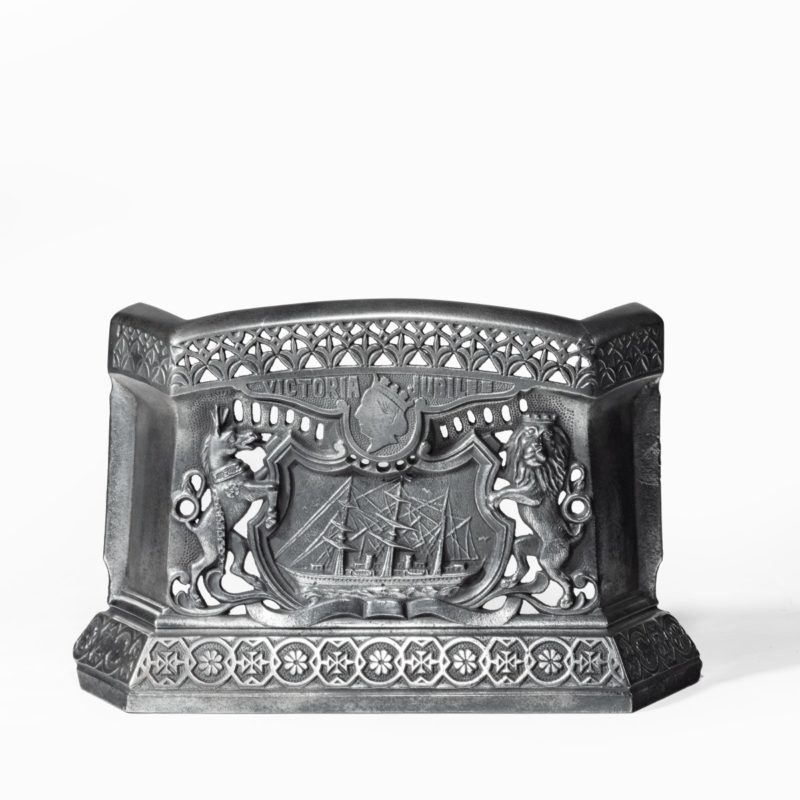 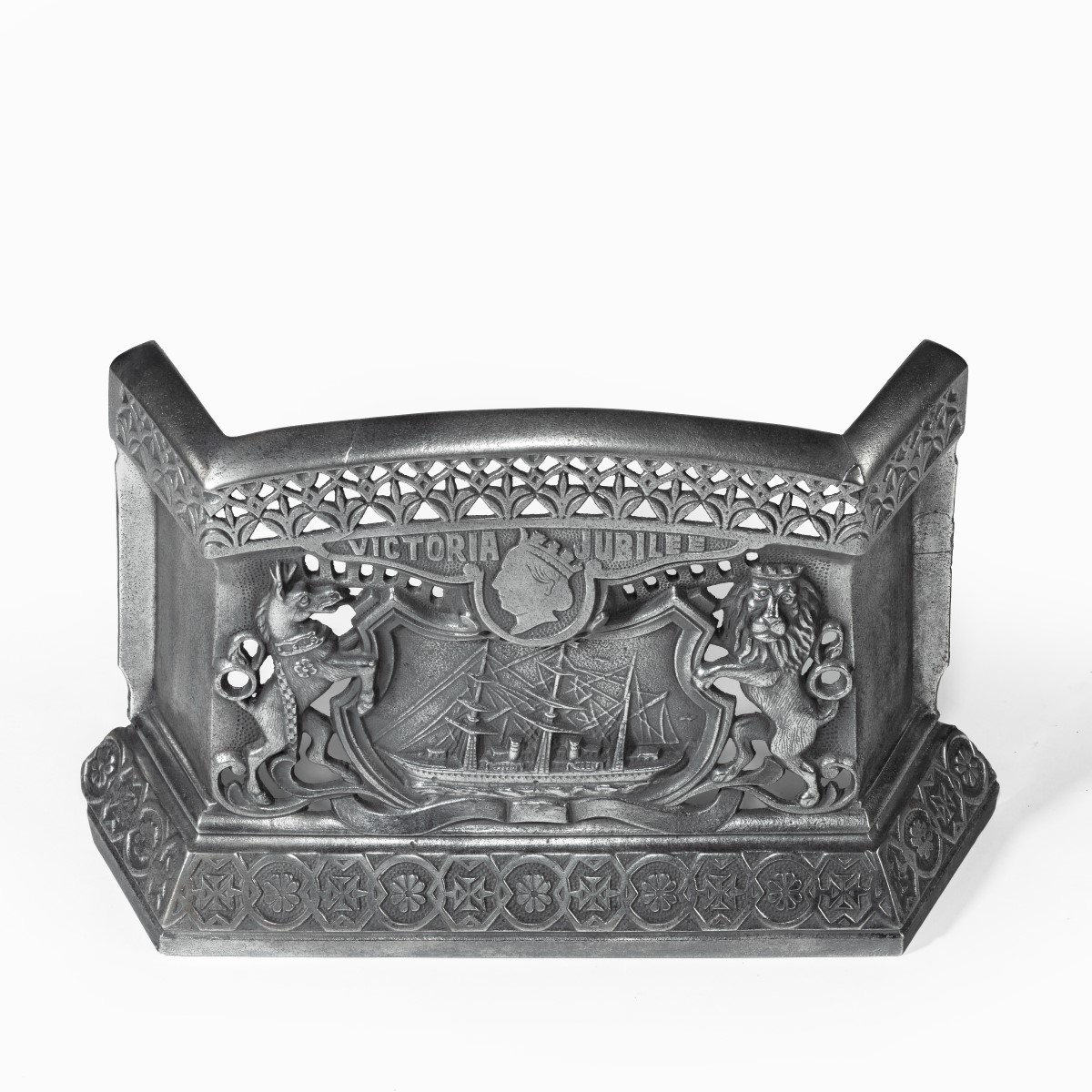 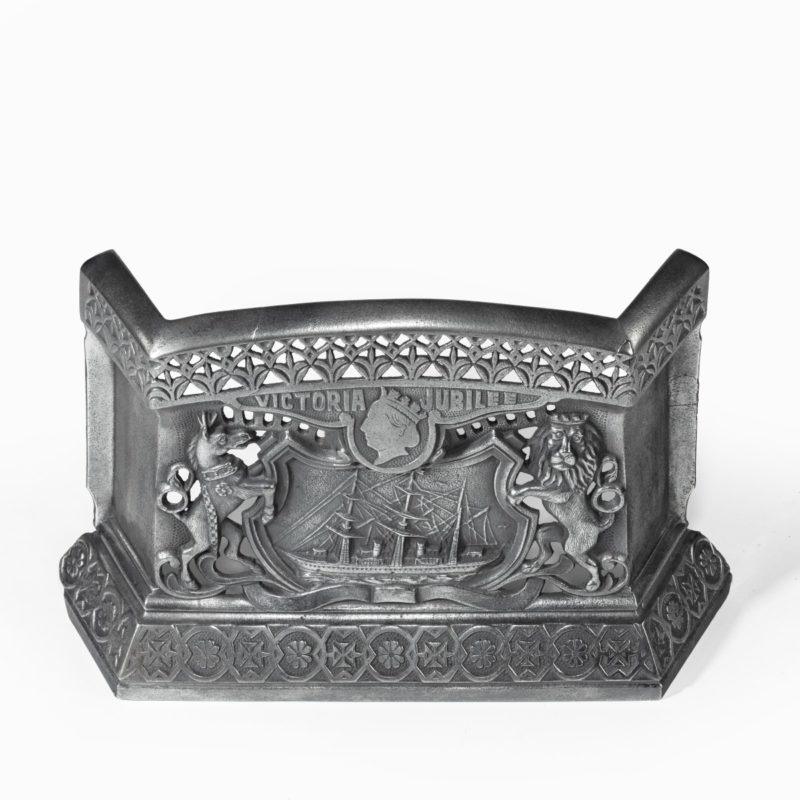 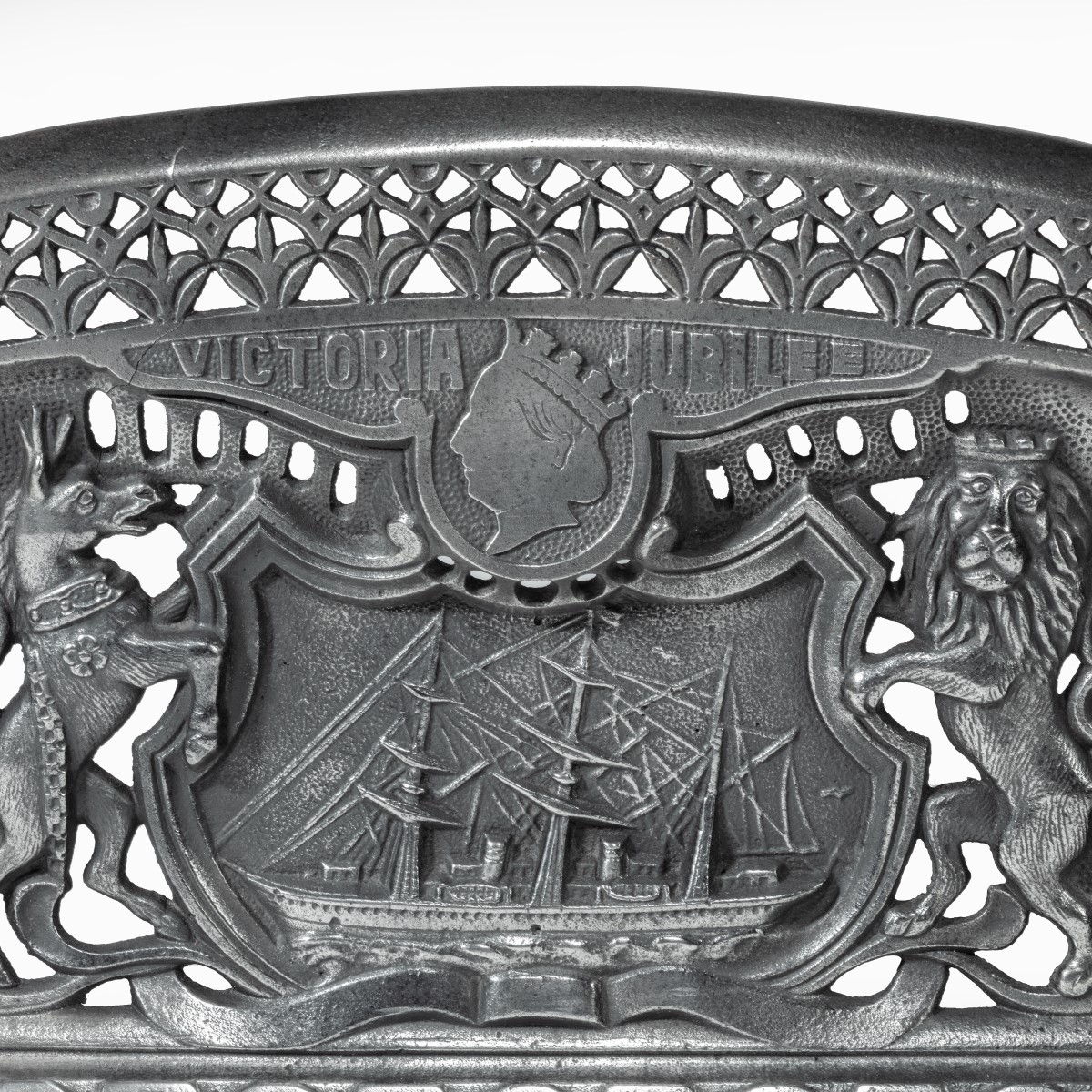 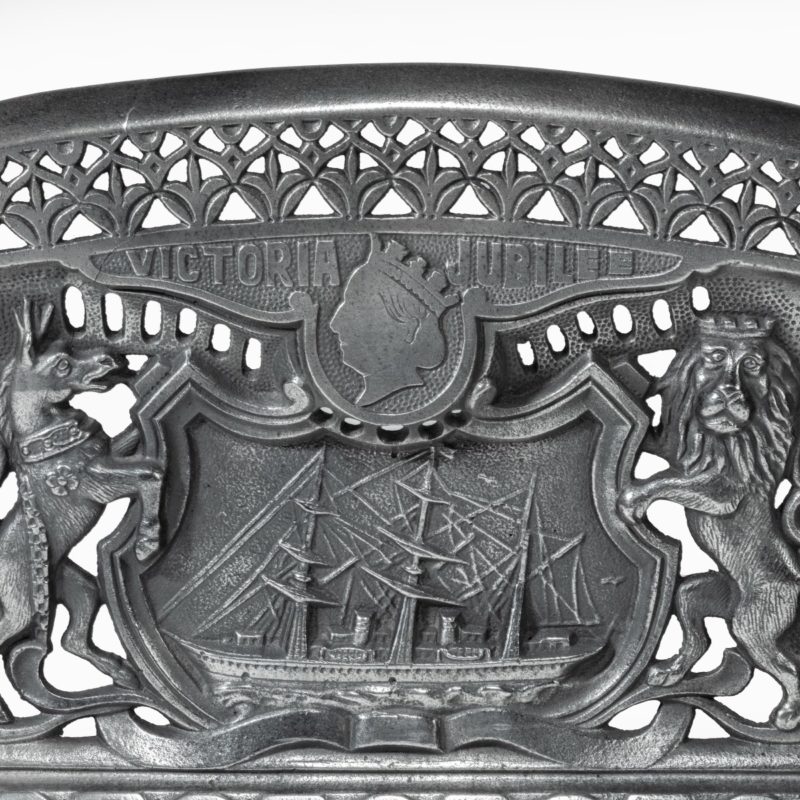 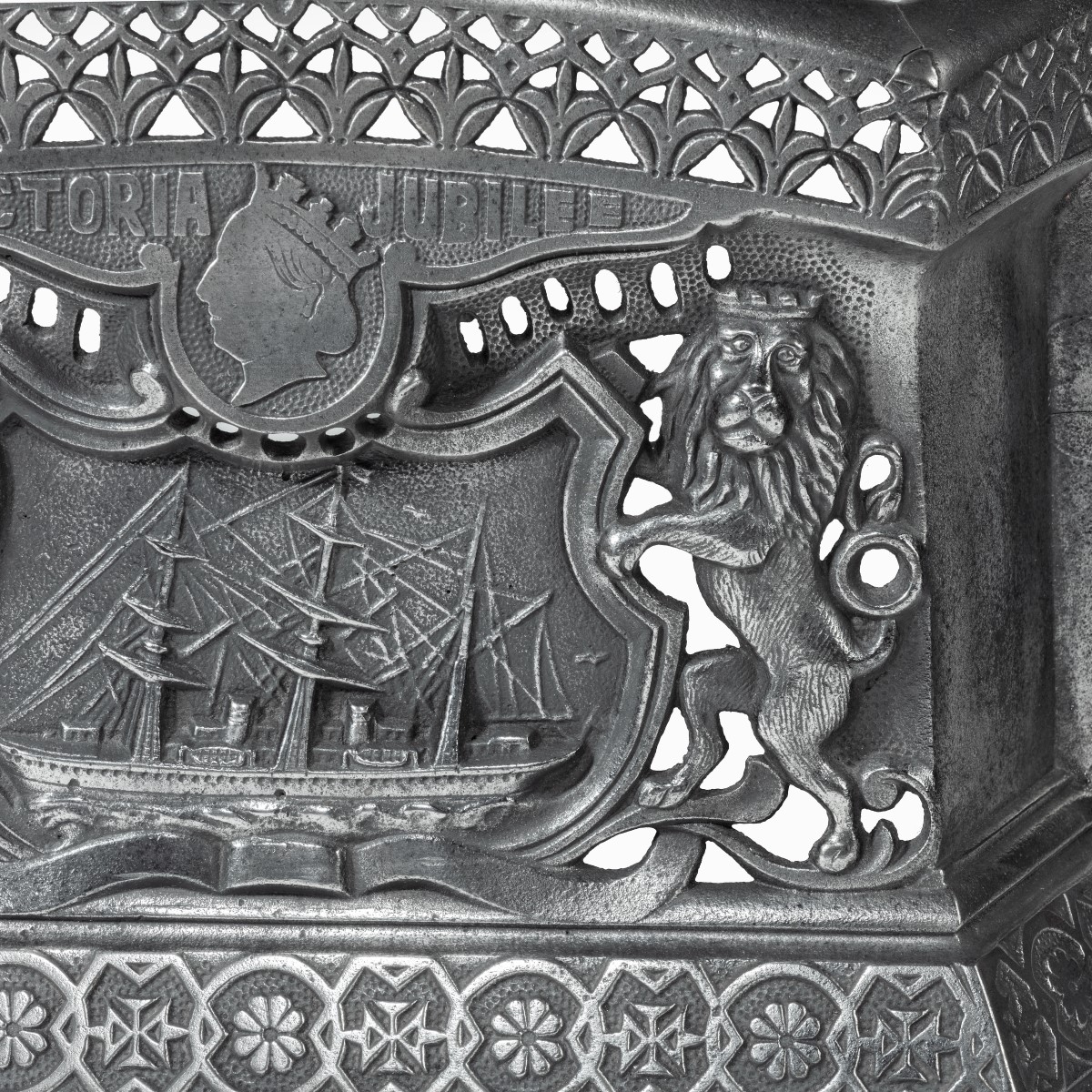 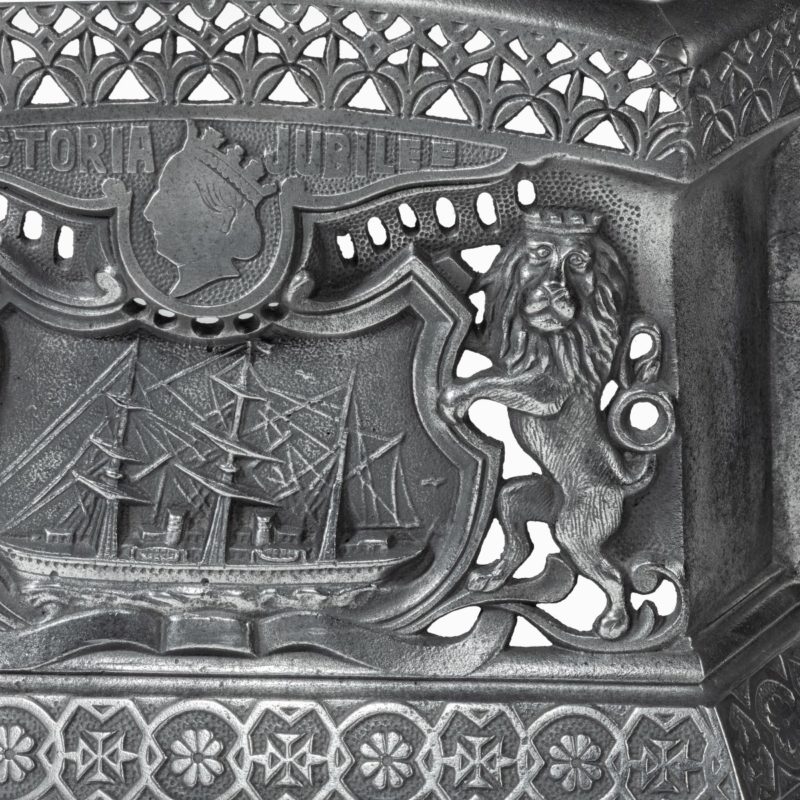 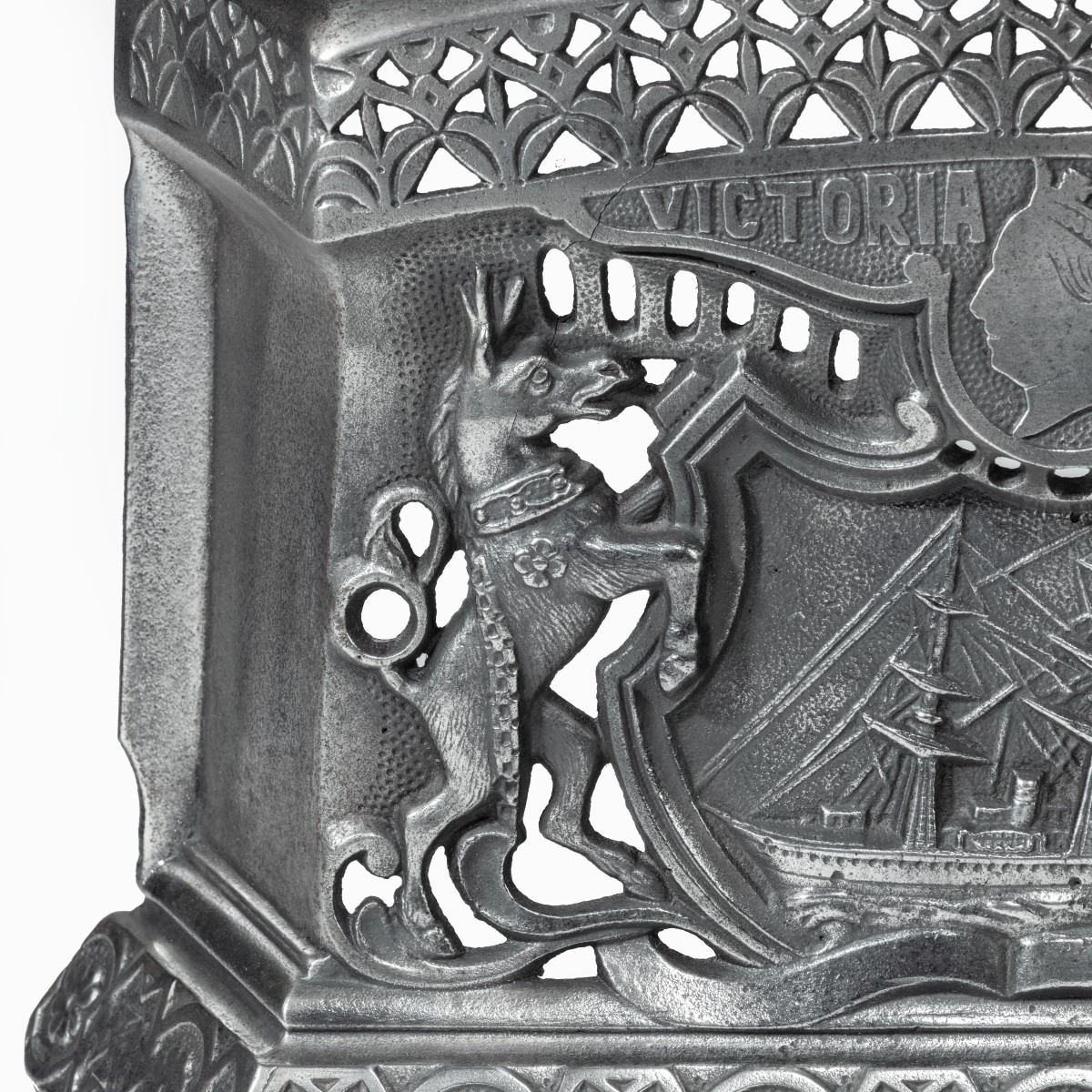 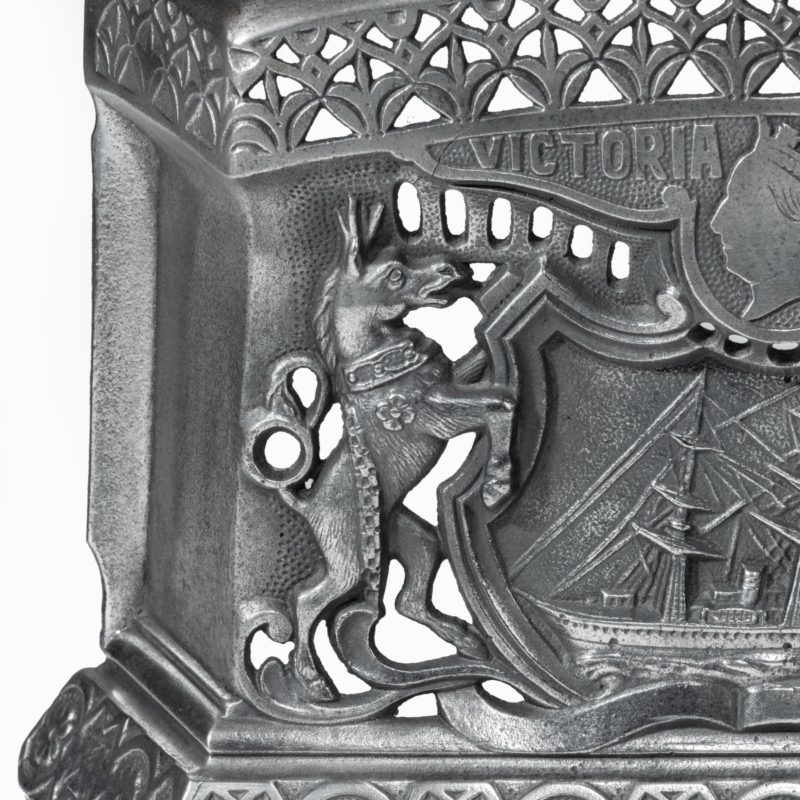 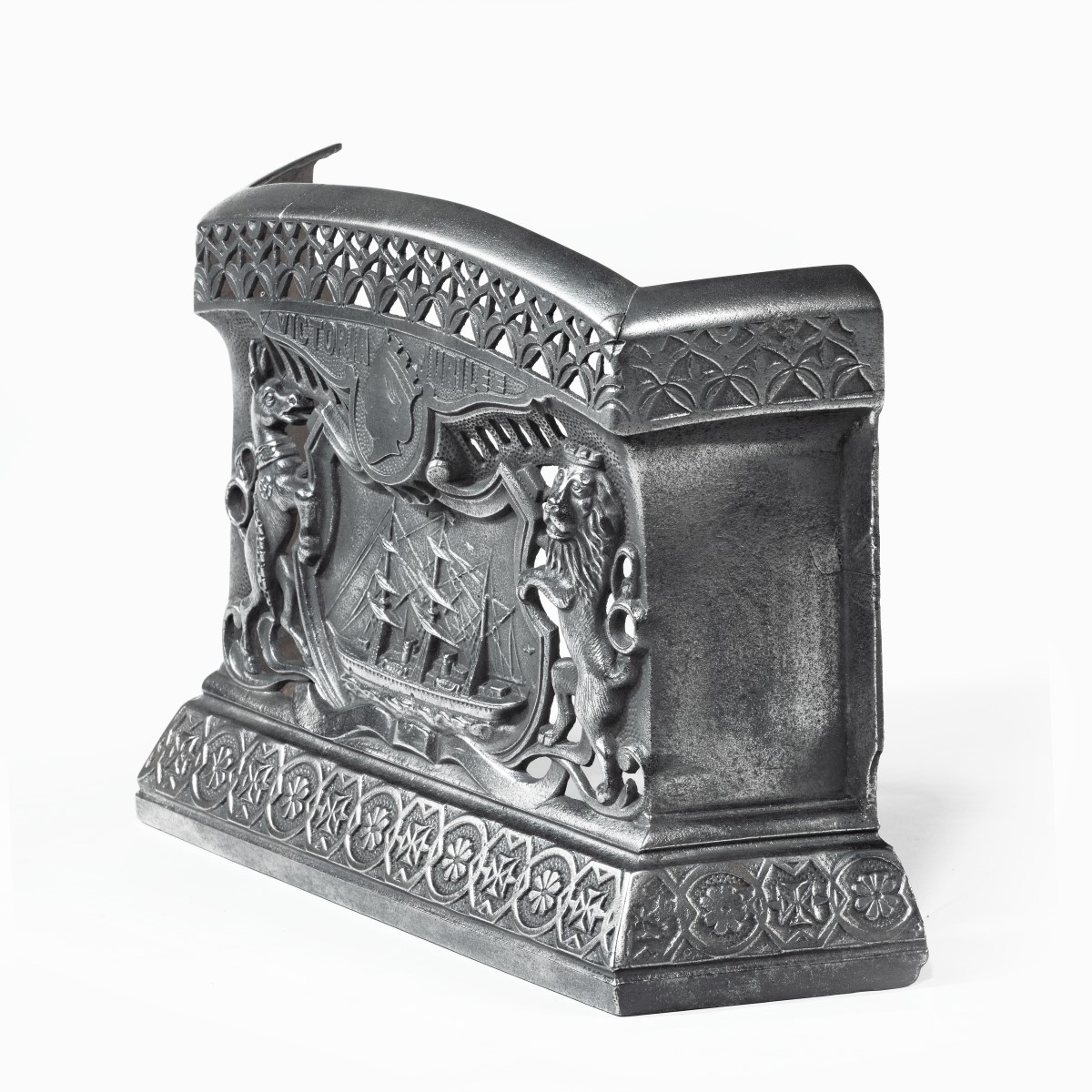 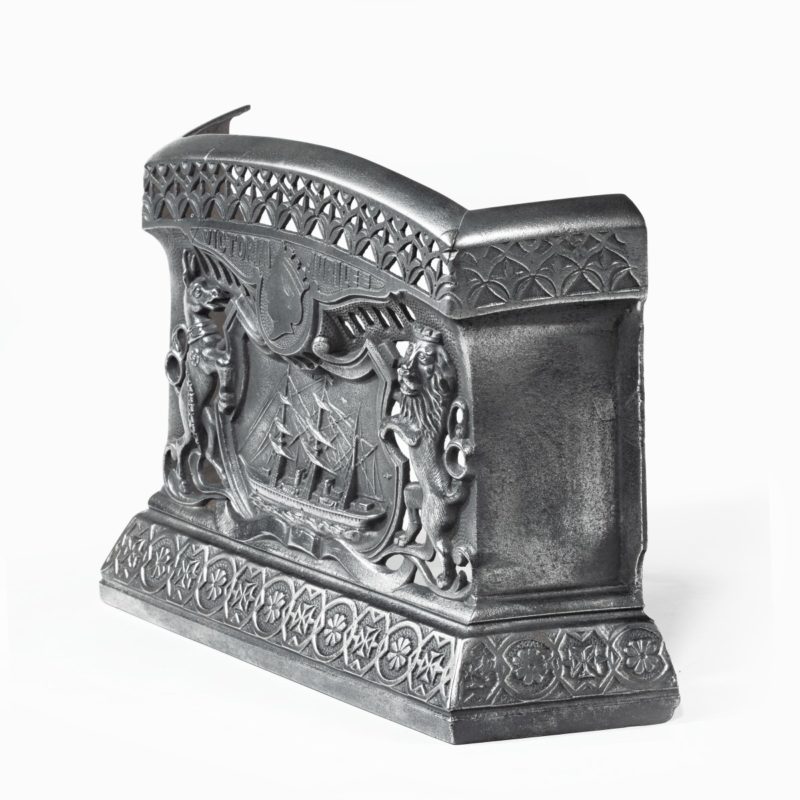 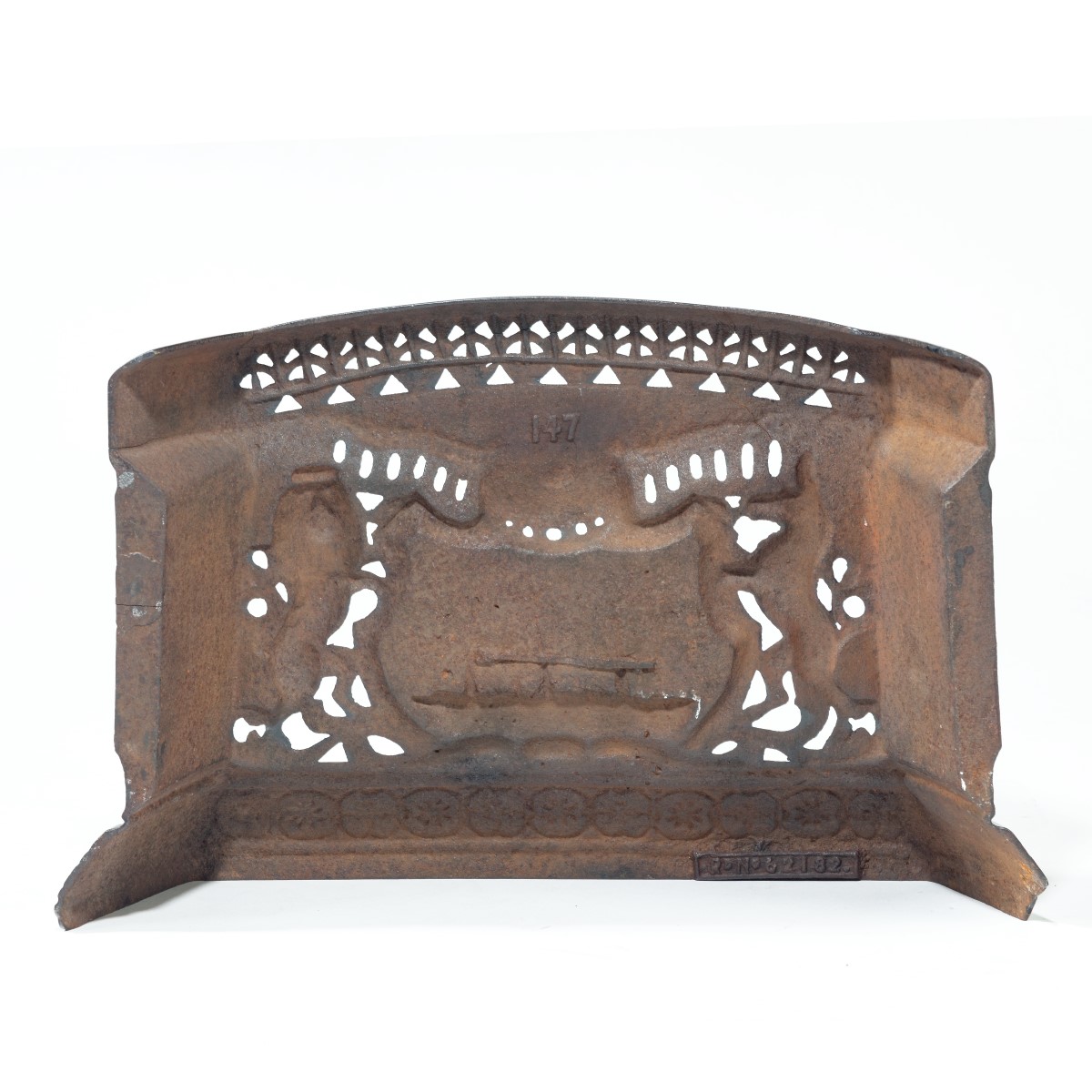 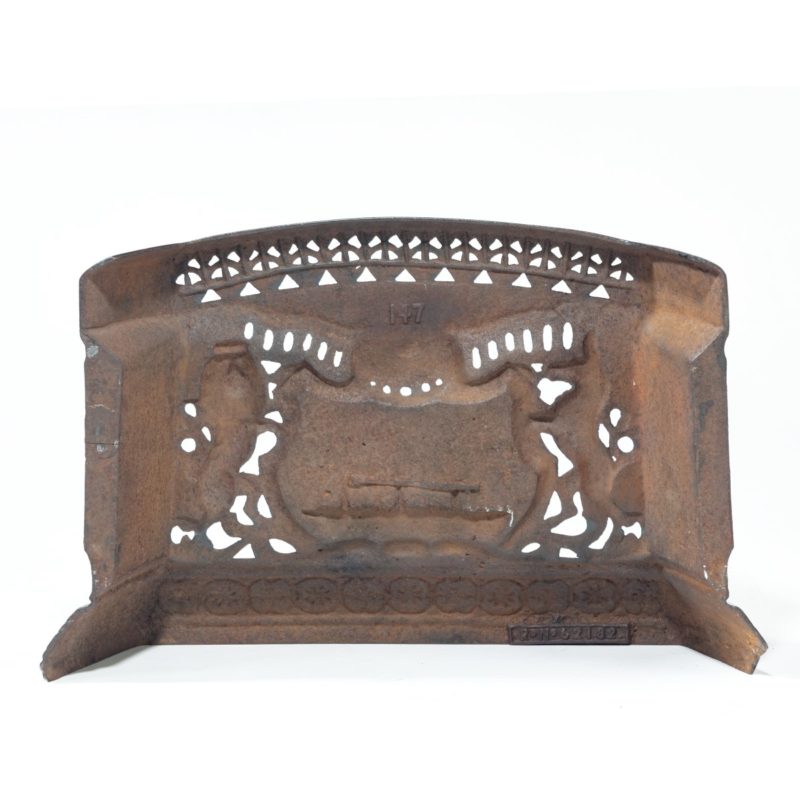 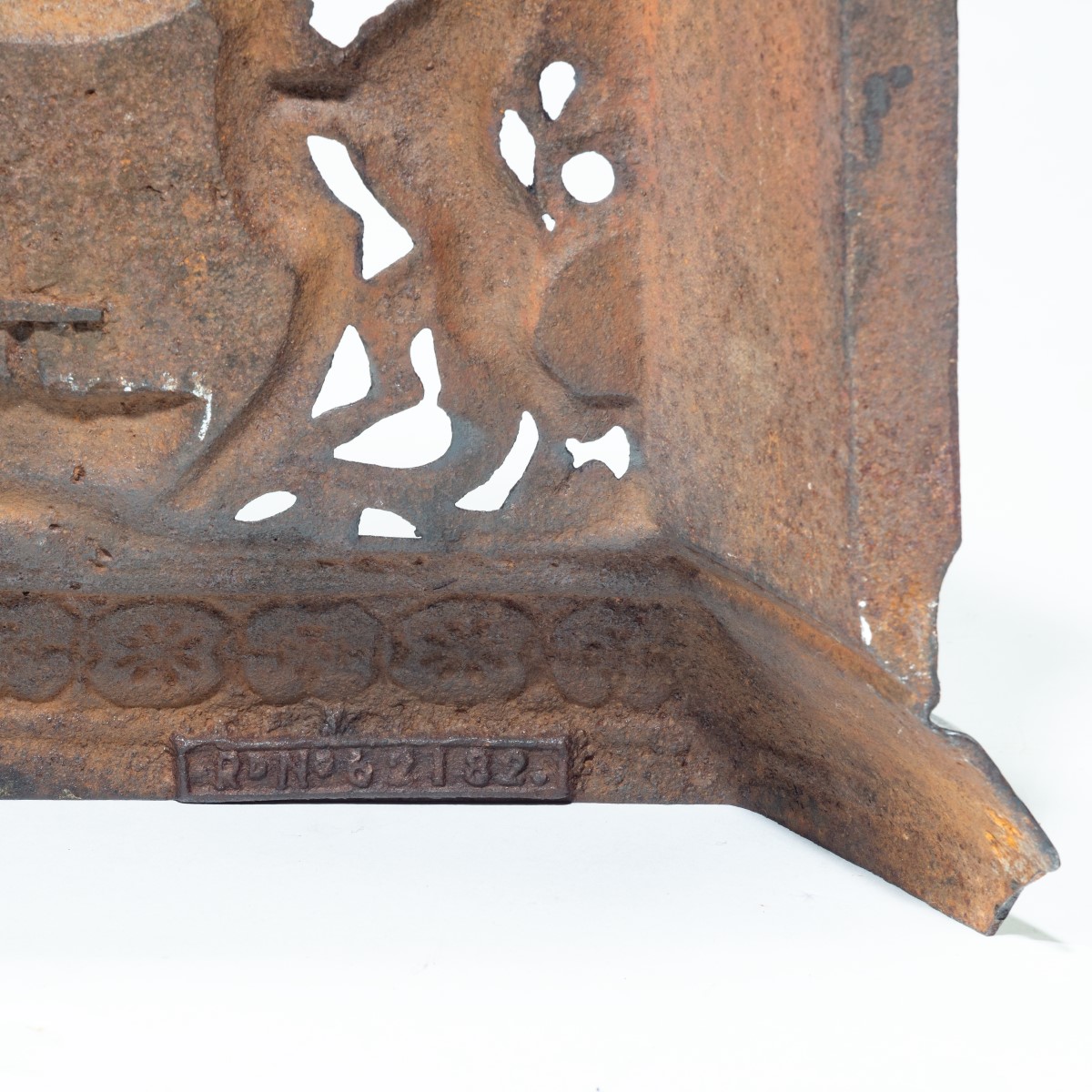 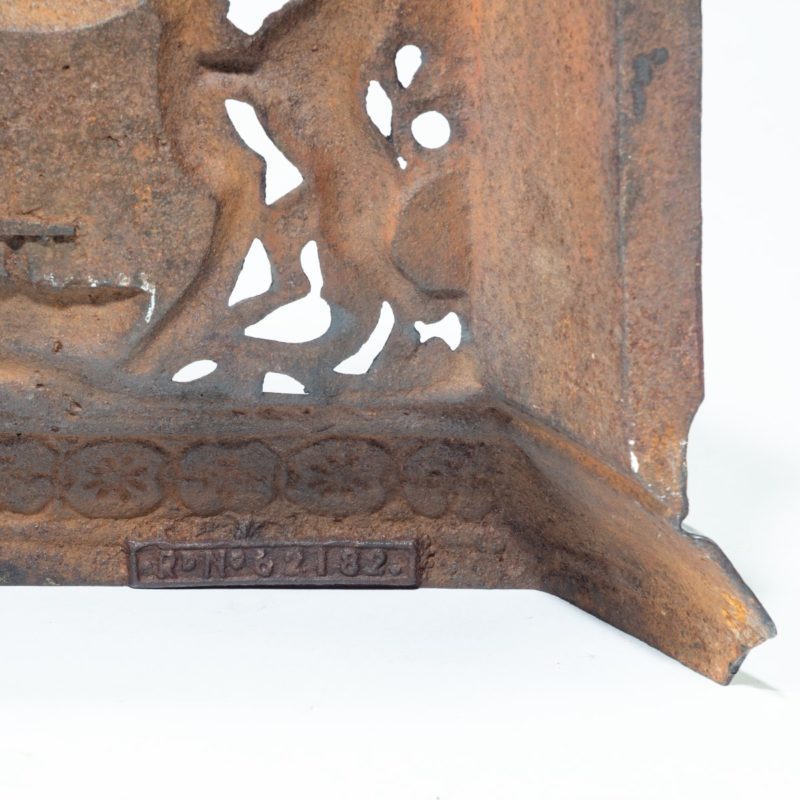 This polished steel grate is cast with a profile of Her Majesty Queen Victoria with the legend ‘Victoria Jubilee’ and above the Royal Yacht HMY Victoria and Albert flanked by a Lion and a Unicorn.  The reverse with the registered year mark Rd No 68182.  English, 1897.

Queen Victoria’s Diamond Jubilee Fleet Review in 1897 involved a total of 165 British warships assembled at Spithead in four lines, each five miles in length.  It was a remarkable display of naval power.  As Queen Victoria was too frail to attend the Prince of Wales, later Edward VII inspected the fleet on board HMY Victoria and Albert.  As well as emphasising the formidable strength of the Royal Navy, the Review introduced new technology – the world’s first steam turbine ship.  Turbina was reported to have raced down the lines between the ships of the Fleet at an unheard-of speed of 34 knots.