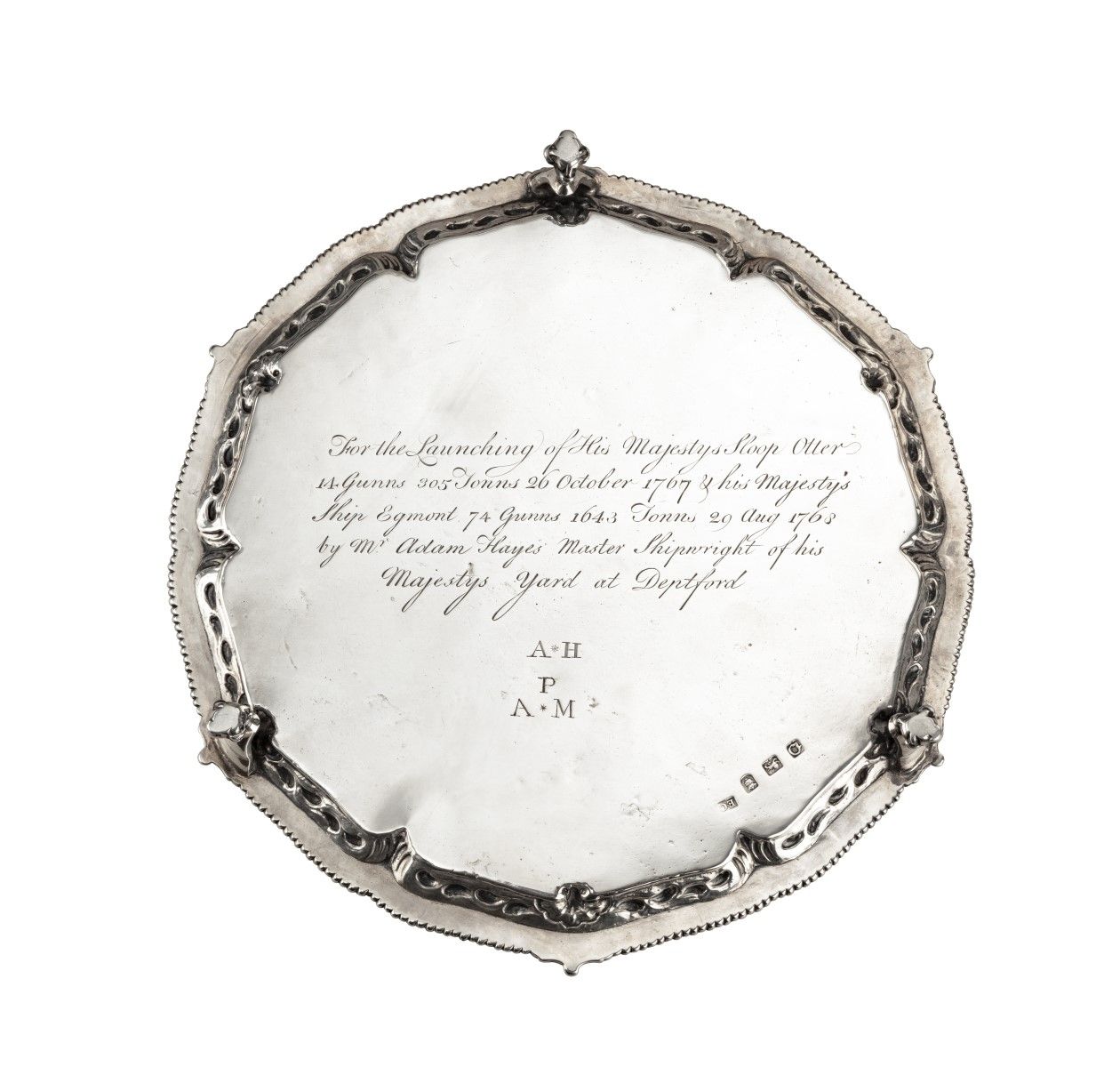 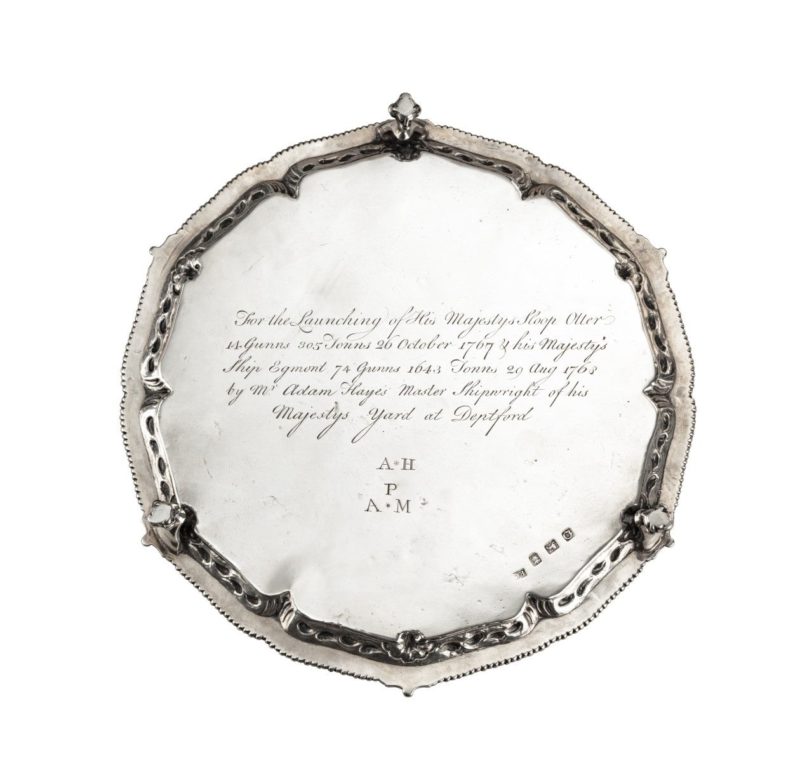 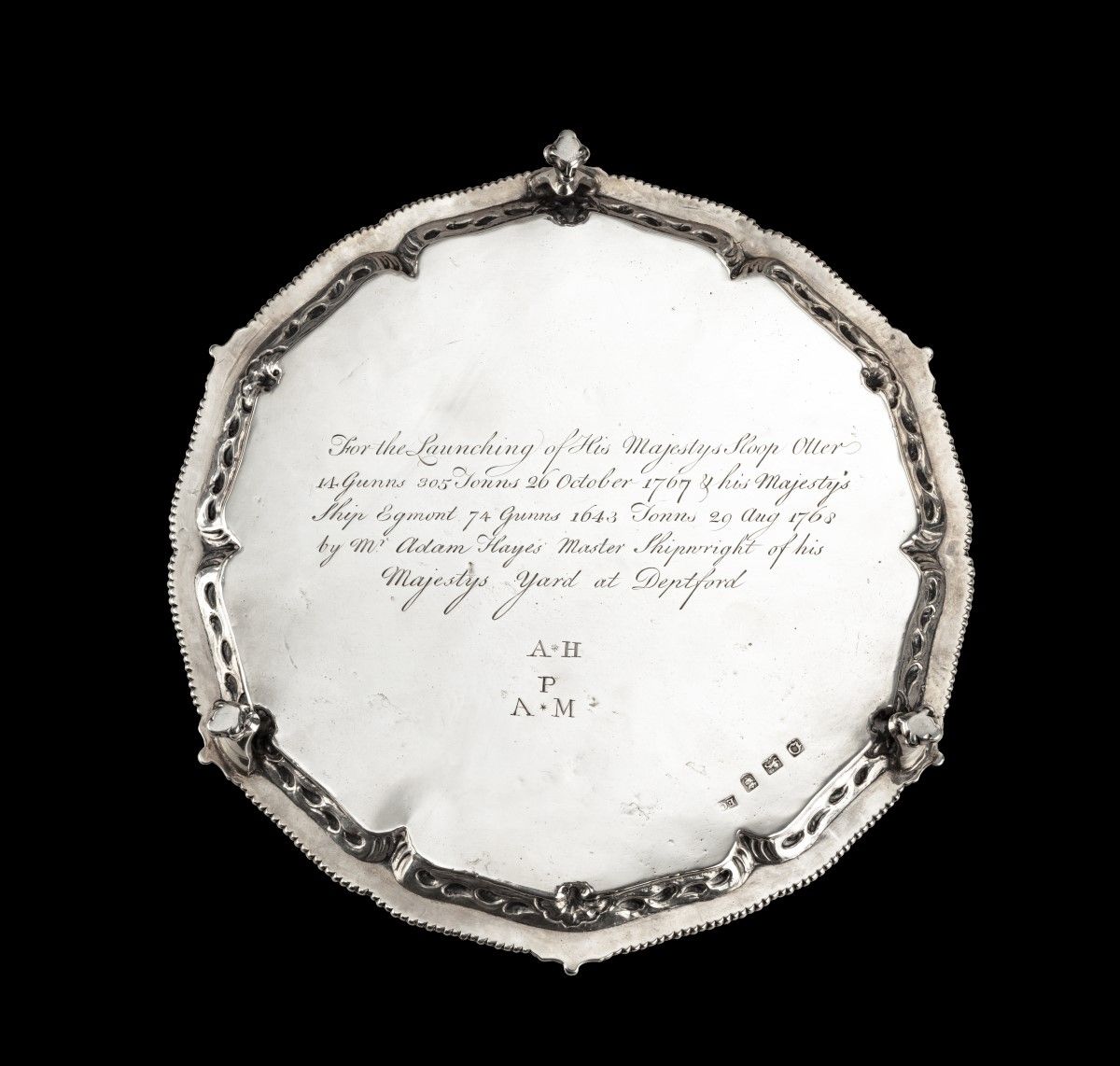 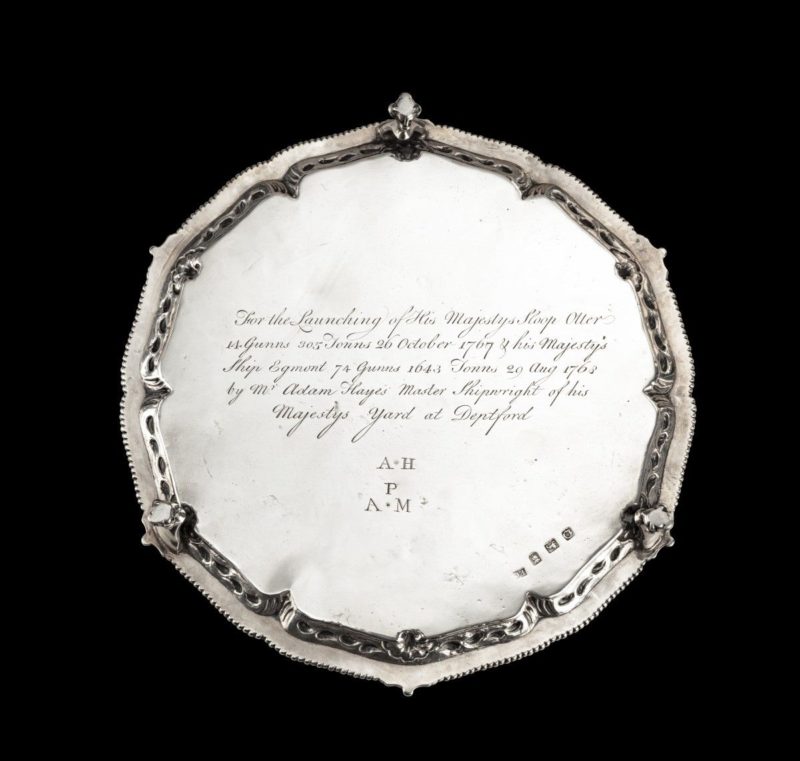 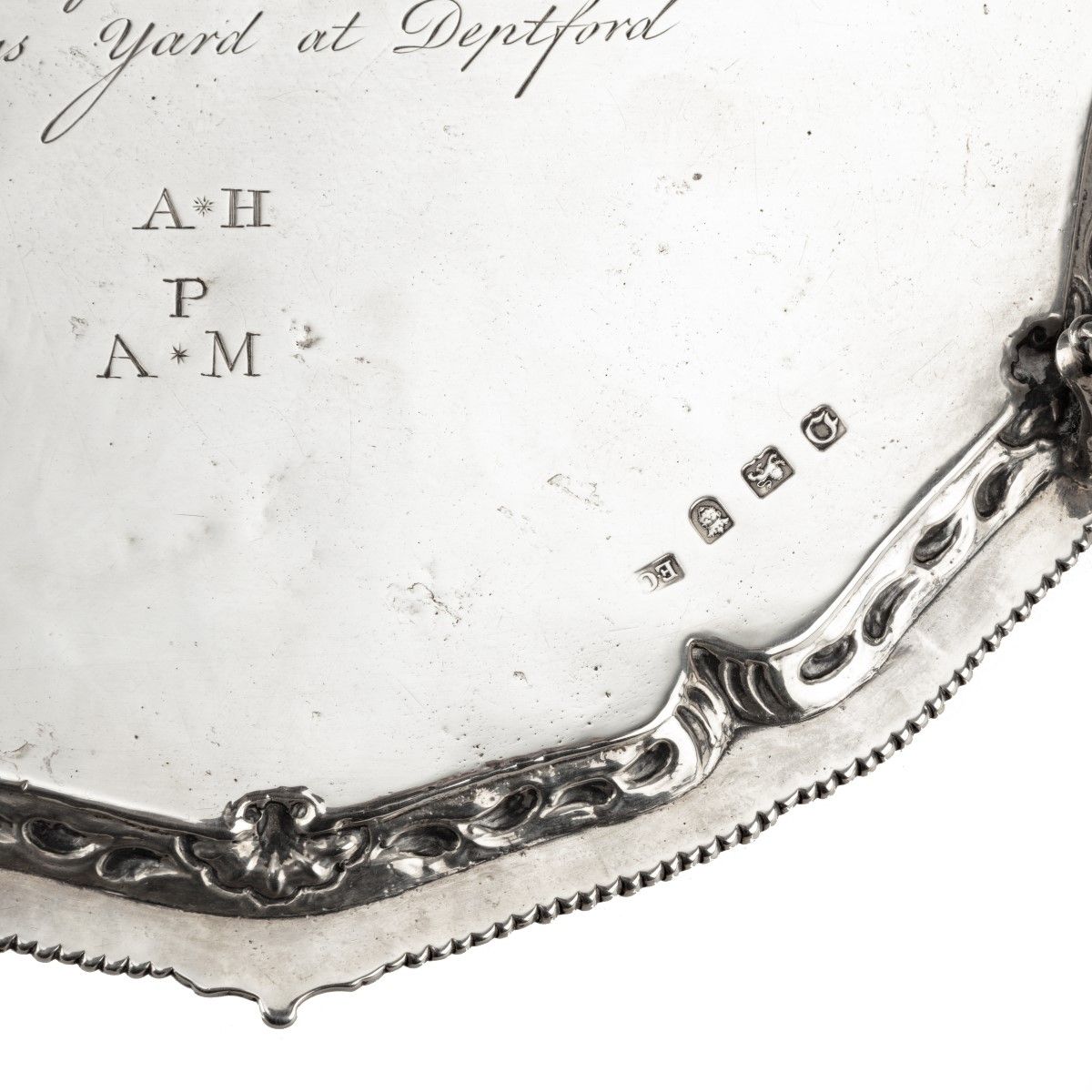 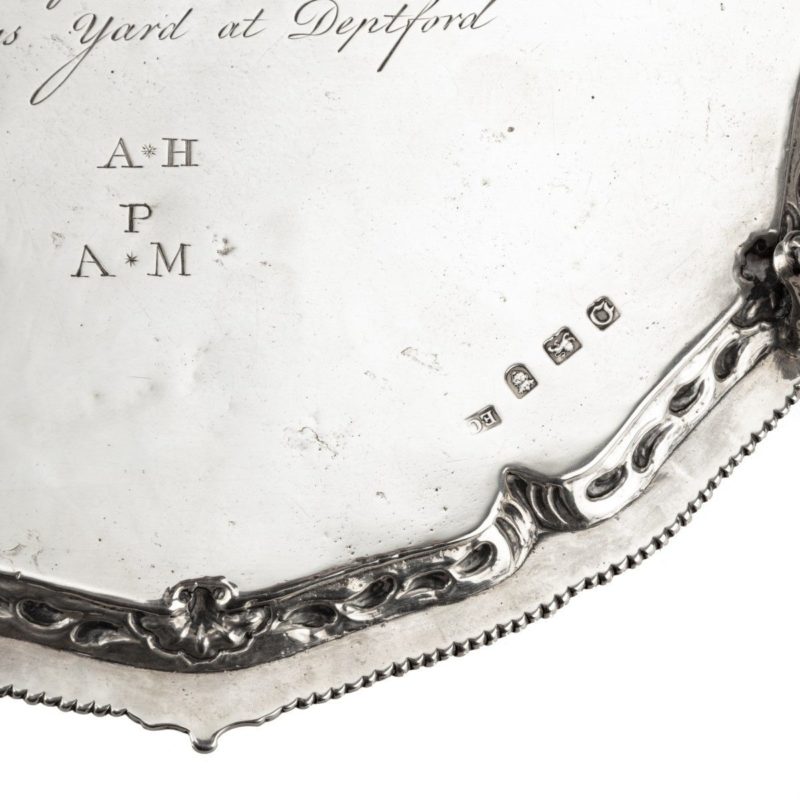 Presentation silver to the Master Shipwright of Captain Cook’s Endeavour

A George III shaped circular silver salver, plain within a shell and scrolling wave border and outer gadrooned edge, engraved with the royal coat of arms, crest and motto (period 1714-1800) of King George III and, on the reverse with a presentation inscription: For the Launching of His Majestys sloop ‘Otter’ 14 Gunns 305 Tonns 26 October 1767 & His Majestys ship ‘Egmont’ 74 Gunns 1643 Tonns 29 August 1768 by Mr Adam Hayes Master Shipwright of his Majestys yard at Deptford; further monogrammed A*H P A*M. Hallmarked for Benjamin Cartwright, London, 1769

Adam Hayes (1710-1785) began his career as ship’s carpenter in Centurion during Commodore Anson’s famous voyage around the world in 1740-44 when he saw action and shared in the capture of the Spanish treasure galleon Nuestra Señora de Covadonga. In 1746, under Anson’s patronage, Hayes was appointed master shipwright at Gibraltar before working under the eminent naval architect Thomas Slade – designer of HMS Victory – at Plymouth, Sheerness, Woolwich and Chatham. Appointed master shipwright to Deptford in 1755, Hayes specialised in building 74-gun third-rate warships such as Magnificent, Albion, Superb, Dragon and in 1768, as detailed on this small salver, HMS Egmont which saw action at the 1797 Battle of Cape St Vincent. Launched a year earlier at a cost of £6,500, Otter was a Slade designed 14-gun sloop of war which, during service in North America, was wrecked off Florida in 1778.

Hayes, however, is best known for selecting and re-fitting the merchant collier Earl of Pembroke as a Royal Navy bark for a scientific mission to the Pacific Ocean under the command of Captain James Cook. No doubt Hayes’s seafaring experience with Anson selected him for this high-profile task. At a cost of £2,200, he sheathed and caulked Pembroke’s leaky hull, installing an additional internal deck to provide living quarters for Cook and the scientific members of the Royal Society assigned to the voyage. Hayes’s original plan for the converted ship is at the National Maritime Museum, Greenwich (ZAZ6587). Commissioned into the Royal Navy as Endeavour, the ship left Deptford on 30 July 1768, just a few weeks before the launch of Egmont. On 29 April 1770, Endeavour became the first European vessel to make landfall on the east coast of Australia.