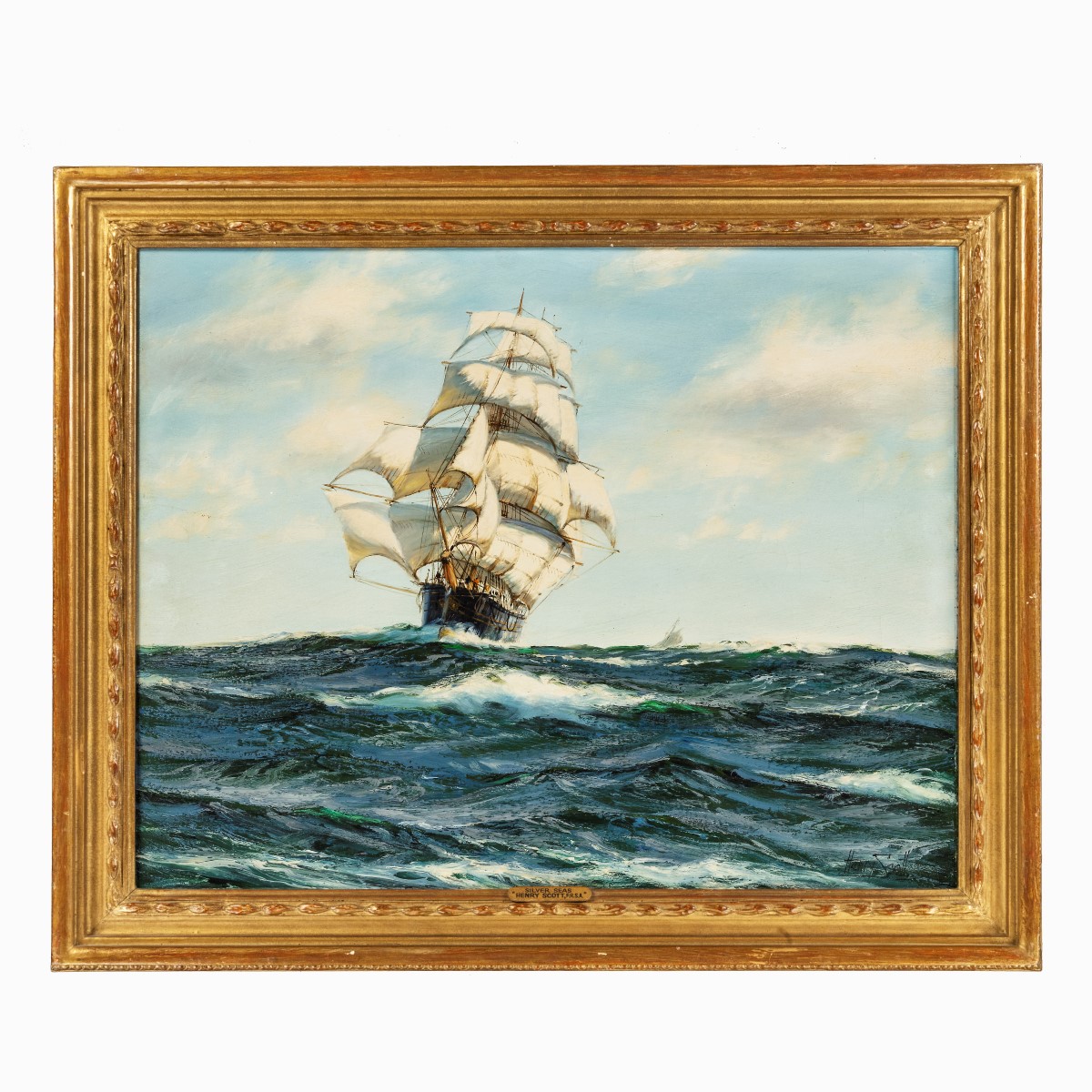 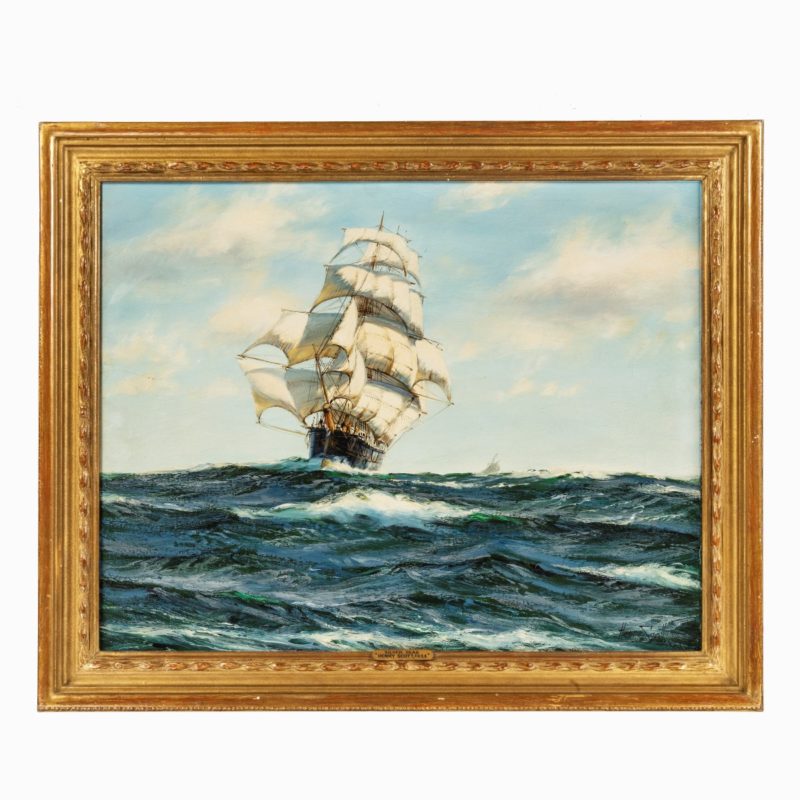 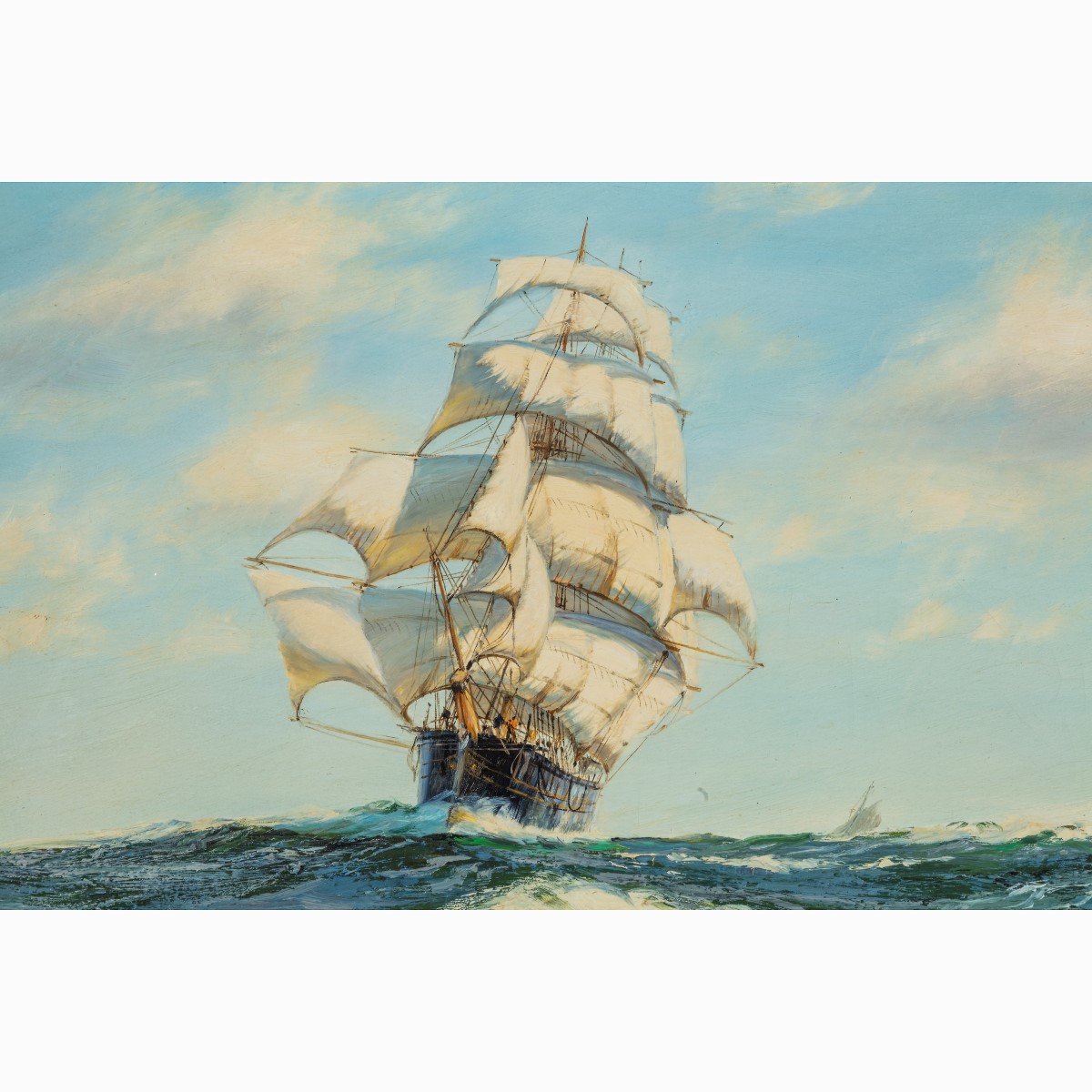 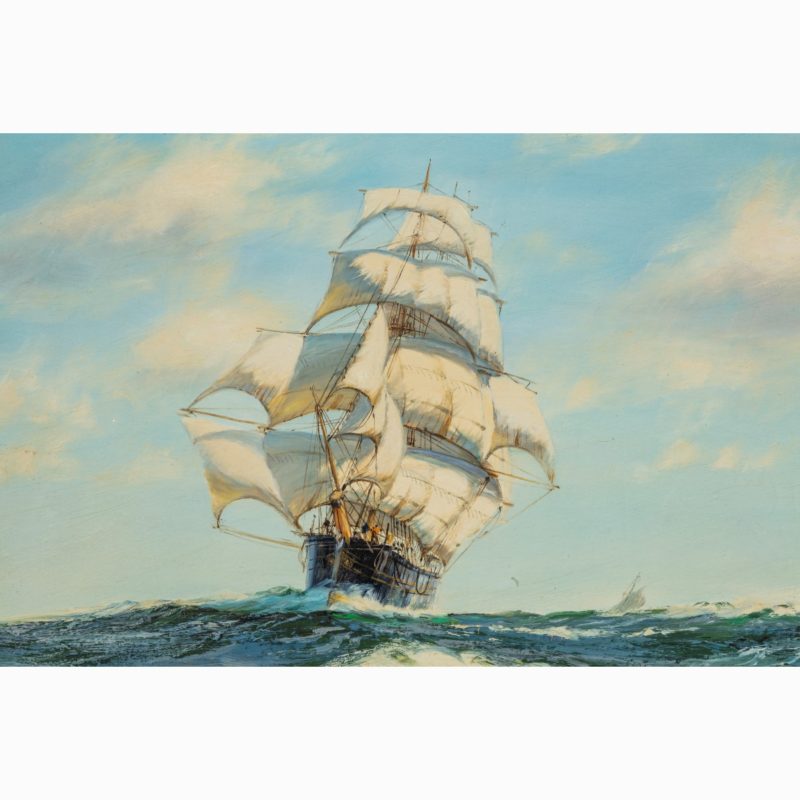 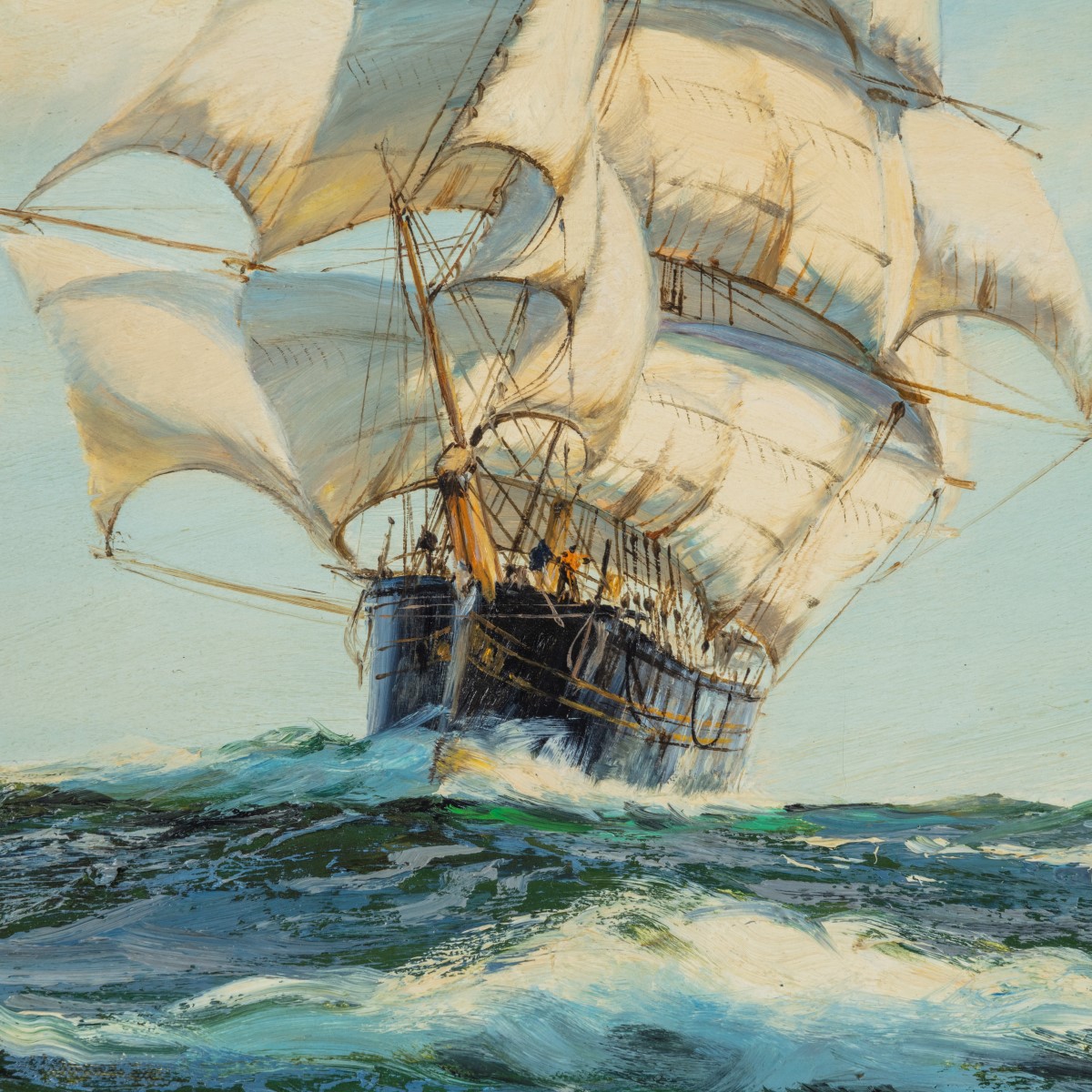 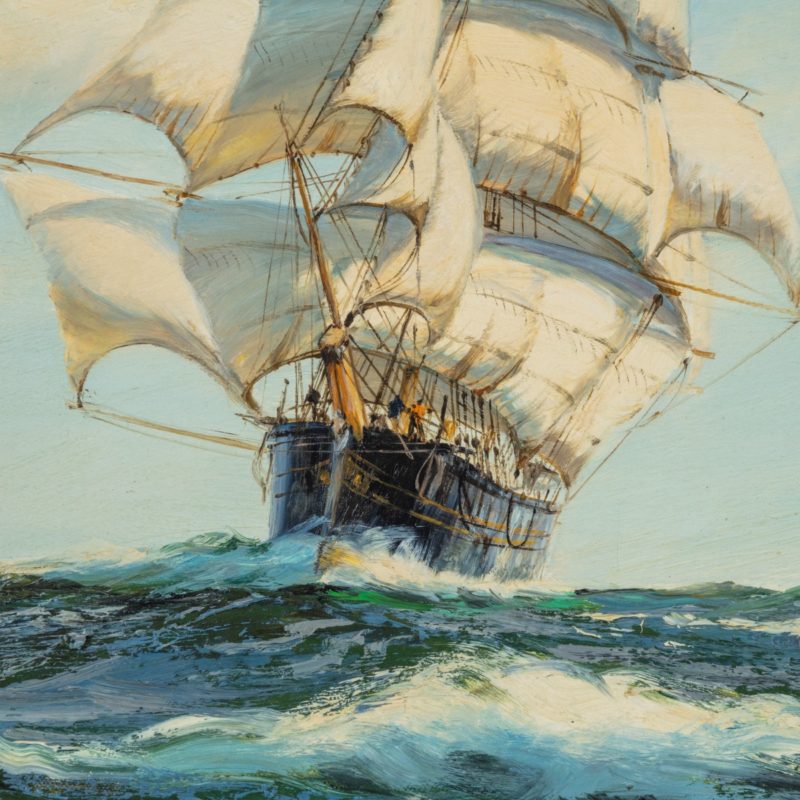 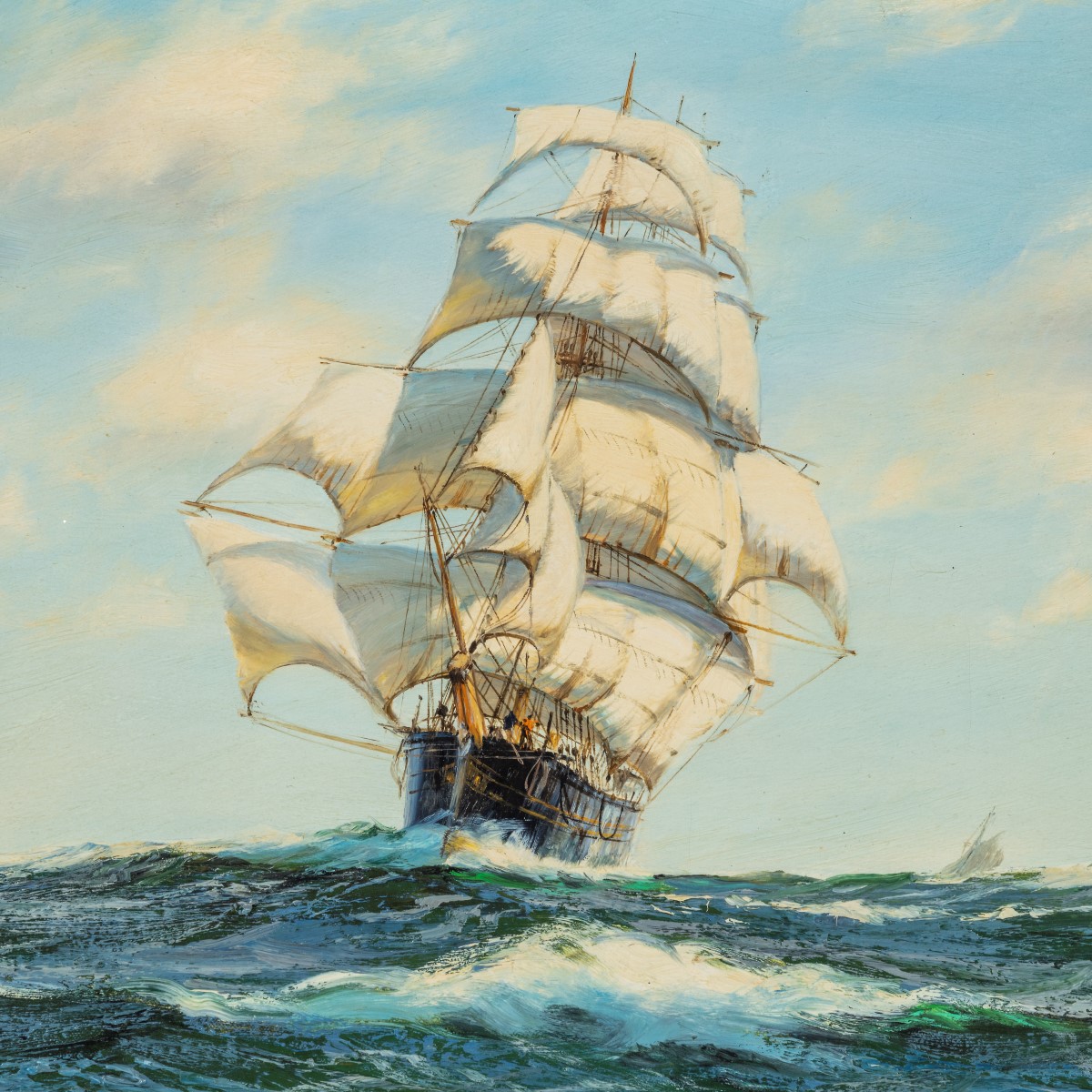 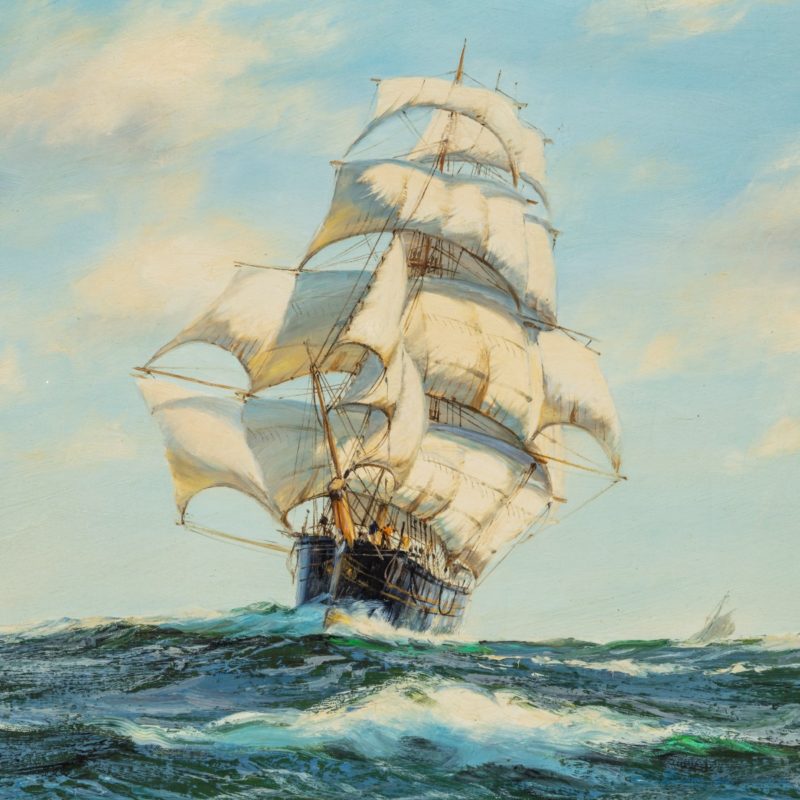 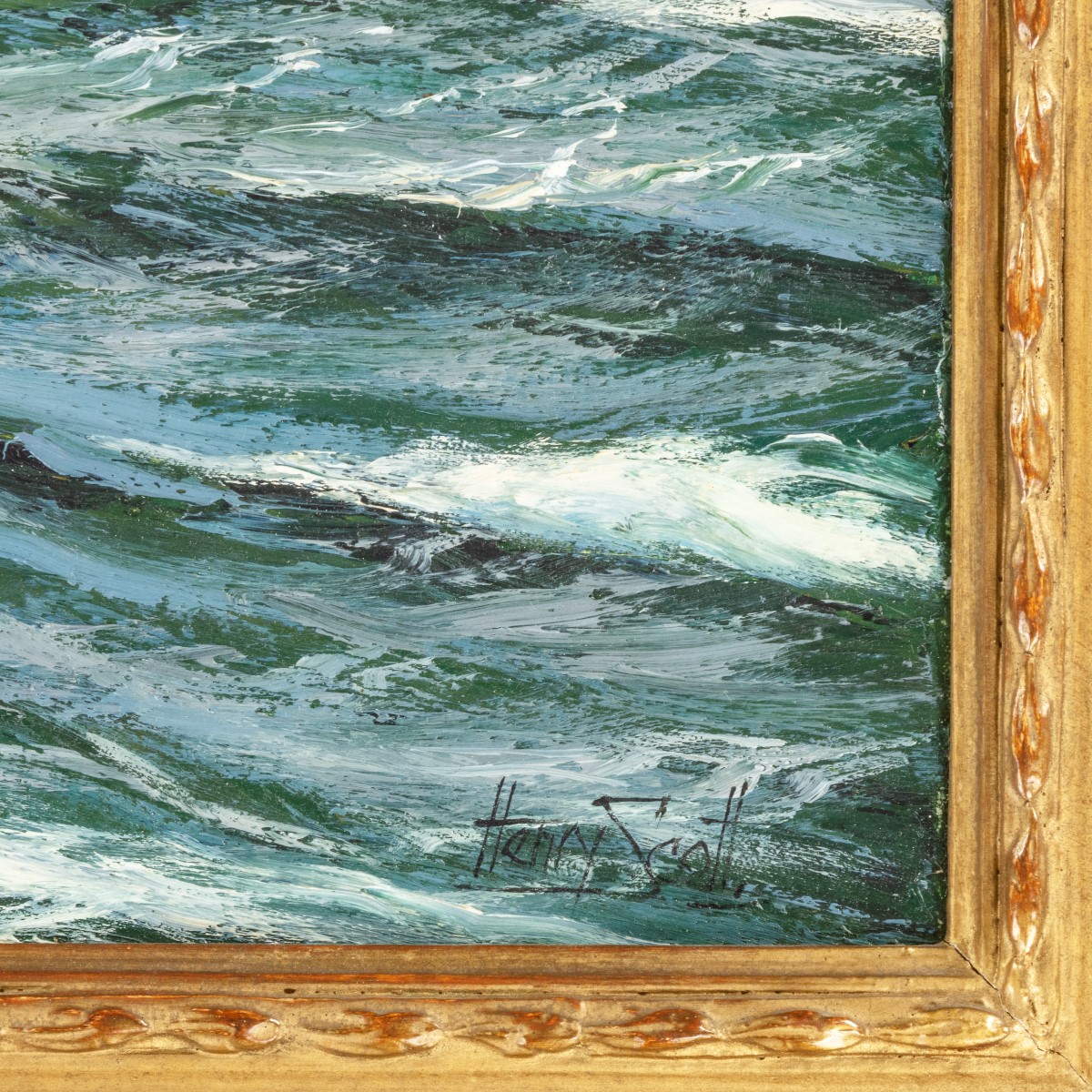 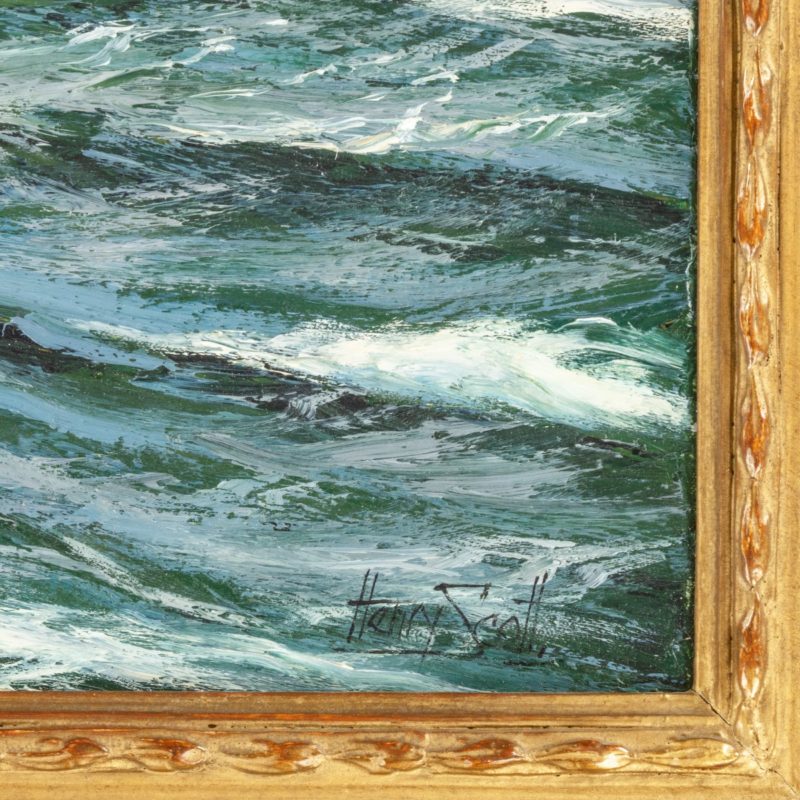 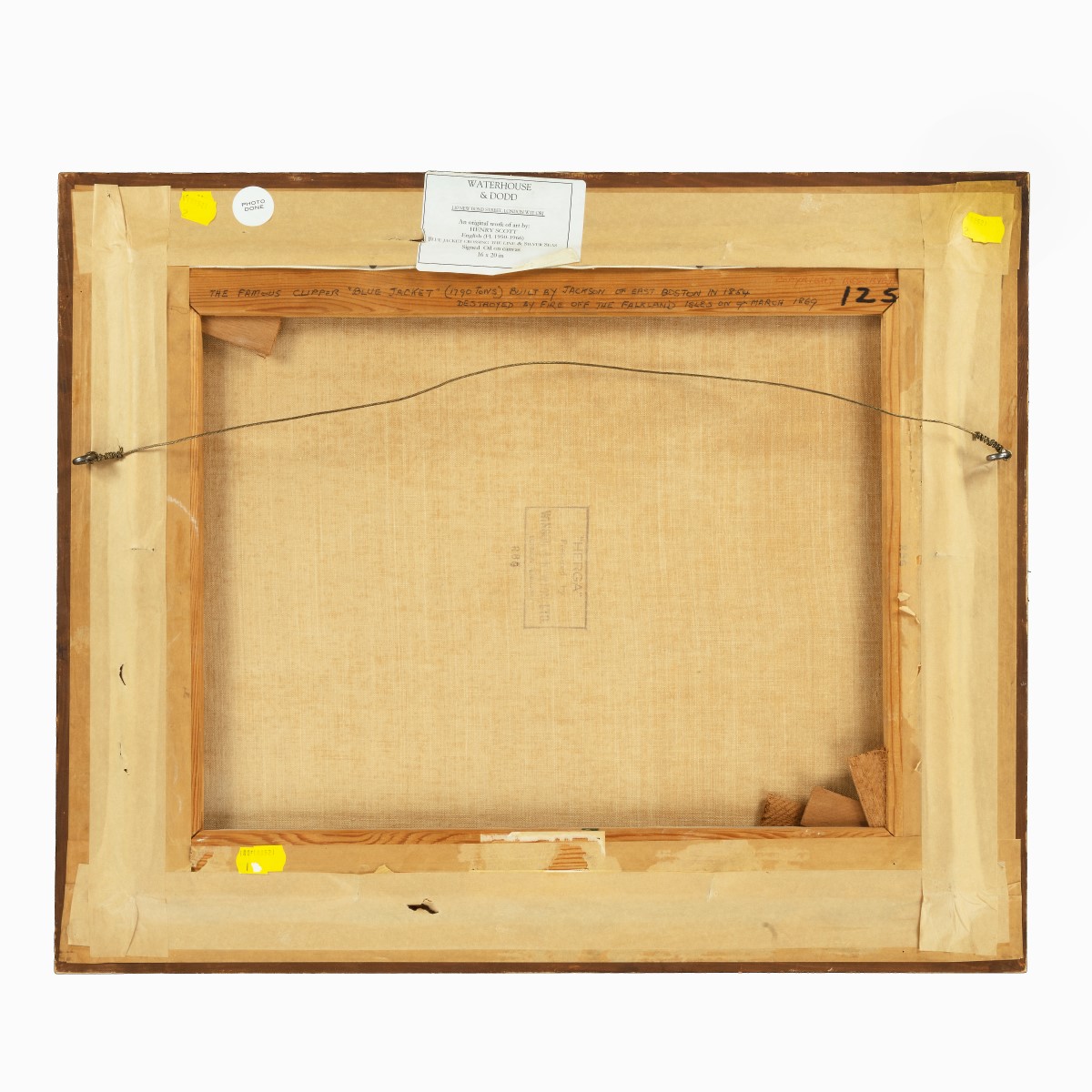 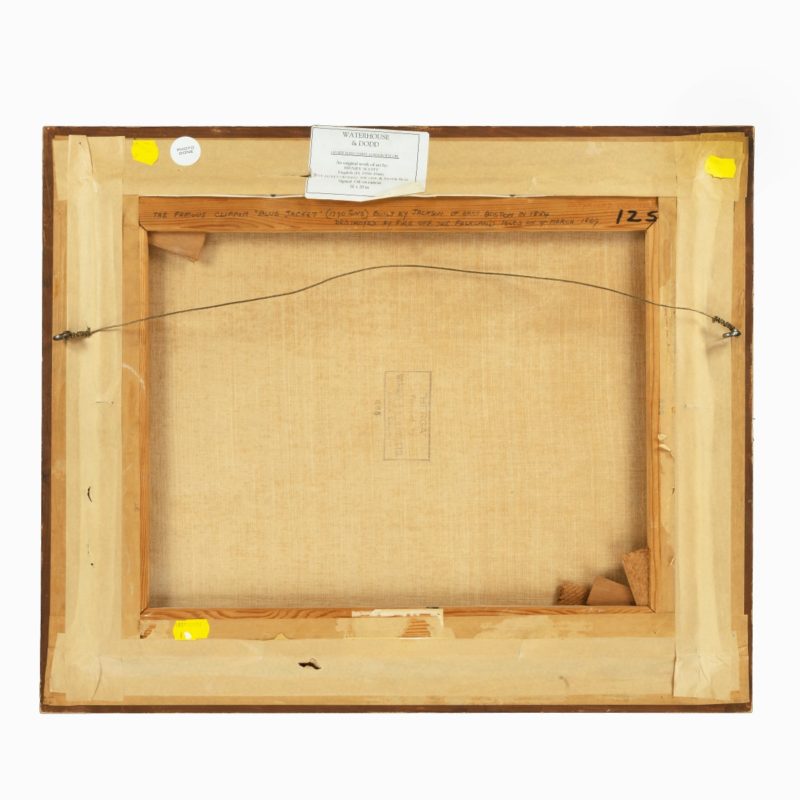 ‘Silver Seas’ by Henry Scott, (1911-2005) this oil on canvas shows the famous clipper ‘Blue Jacket’ running before the wind on white tipped waves, inscribed on the stretcher “The famous clipper Blue Jacket (1790 tonnes) built by Jackson of East Boston in 1854.  Destroyed by fire off the Falkland Isles on 9th March 1869.”  Waterhouse and Dodd label stating “Blue Jacket crossing the line and silver seas.”  English, mid 1950s.

Footnote: Blue Jacket was ‘a fast and exceptionally handsome ship’.  Built in East Boston in 1854, she registered at 1,790 tons, was 235 feet long and had a 41½ feet beam.  In March 1855 she ran from London to Melbourne in a remarkable 68 days, beating the first passage times of Red Jacket, Lightning and several of the famous American-built clippers.  Her fastest run was from Lyttleton, New Zealand, to London, in 63 days when she reached 23 knots on one notable occasion ‘beating all records ever made by a sailing ship up to that time’.  It took four men to hold her on course.  On March 5th 1869, off the Falkland Islands, a fire broke out in the hold and soon engulfed the ship.  The 71 passengers and crew took to the boats and were saved10 days later by the barque Pyrmont.  Curiously, her figurehead washed up on Rottnest Island, Fremantle, Western Australia, over two years later, thus having re-crossed half of the southern oceans on is own.

Henry Scott painted marine and coastal scenes.  He undertook many commissions, including ‘Morning Cloud’ for the then Prime Minister, Edward Heath, in 1970.  Scott was associated with the Royal Society of Artists and exhibited at the Society of Marine Artists, the Royal Academy, the Royal Exchange and the Guildhall in the UK and St. Malo, France and Madison Square, New York, abroad.