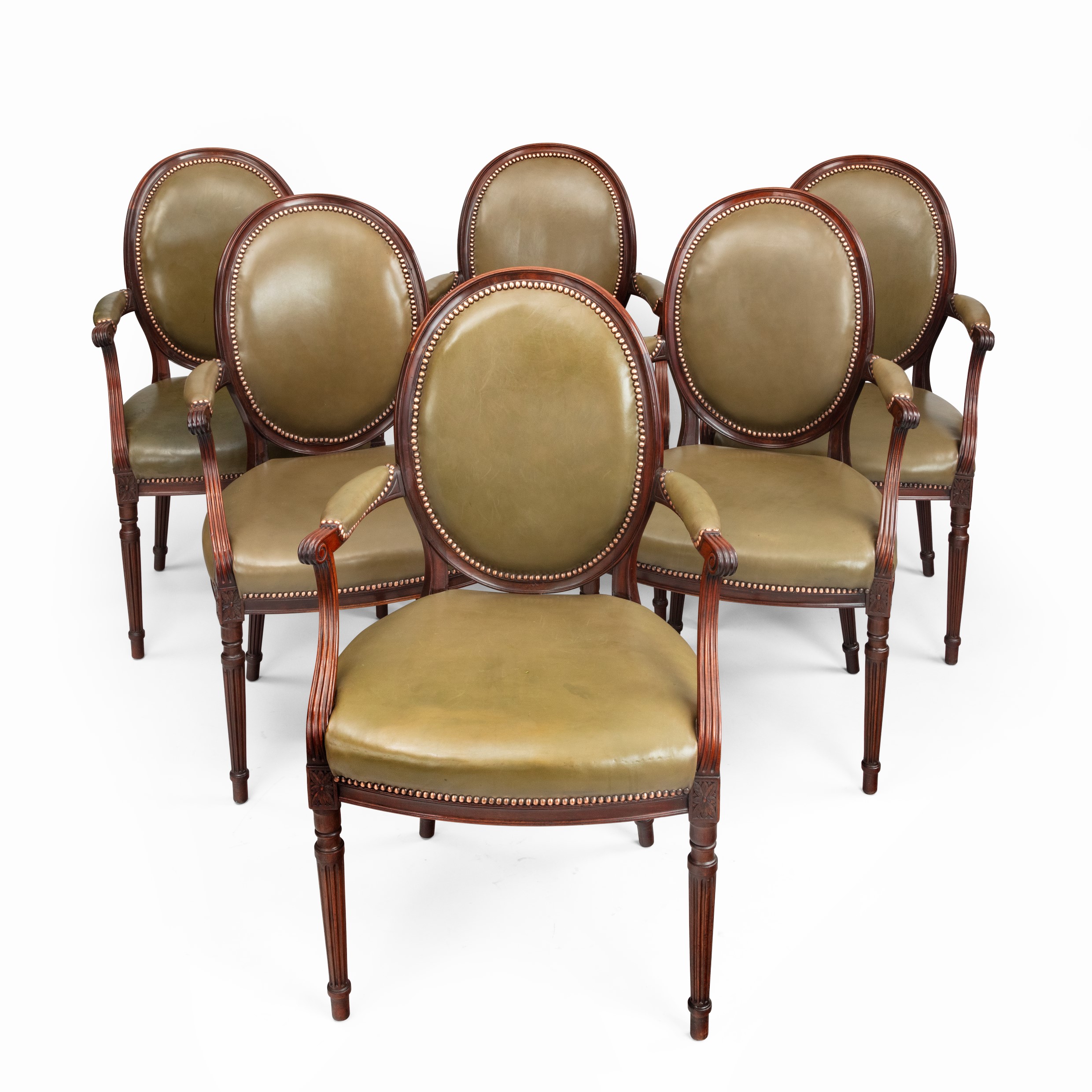 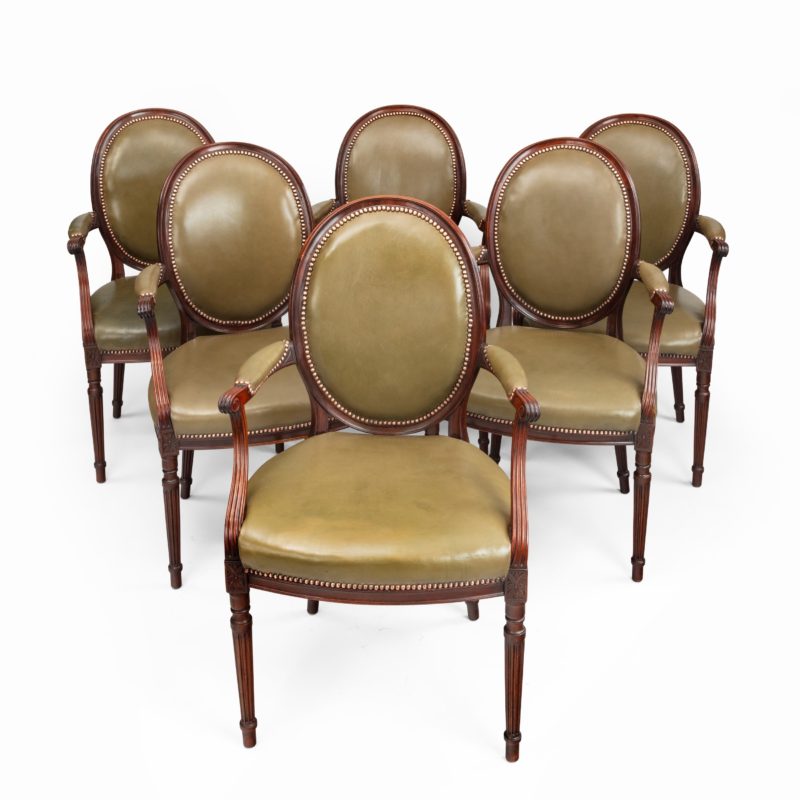 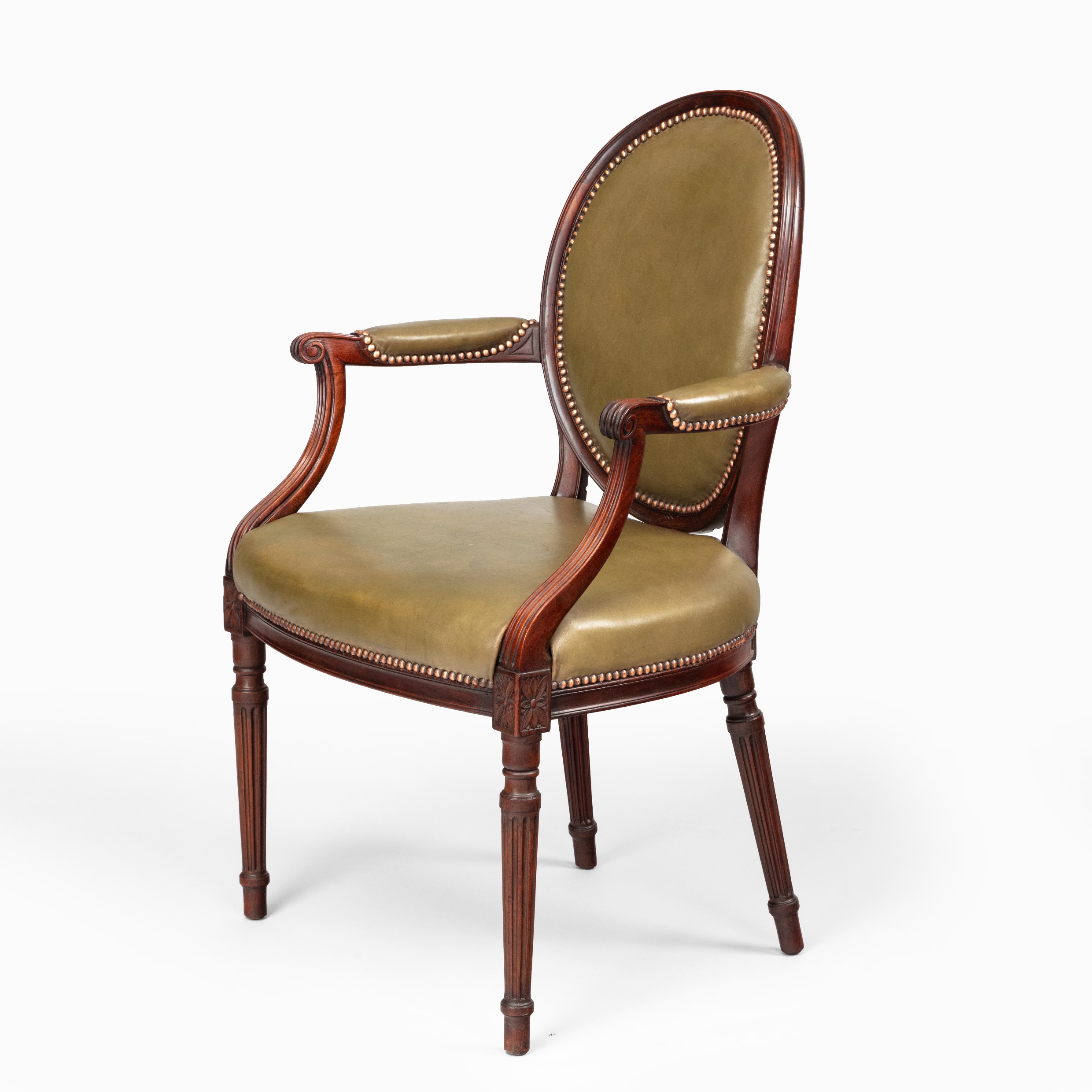 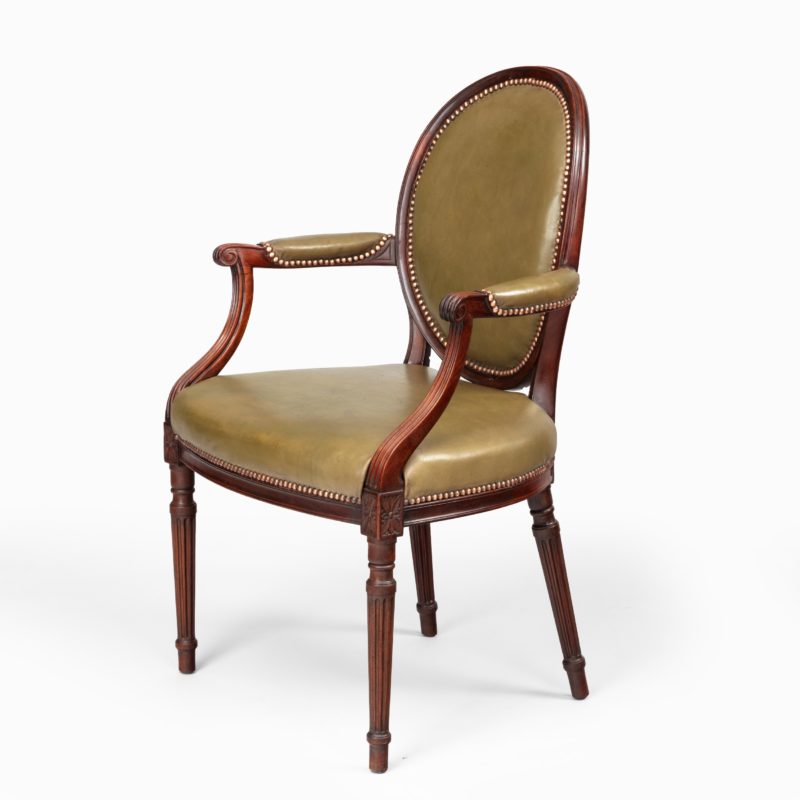 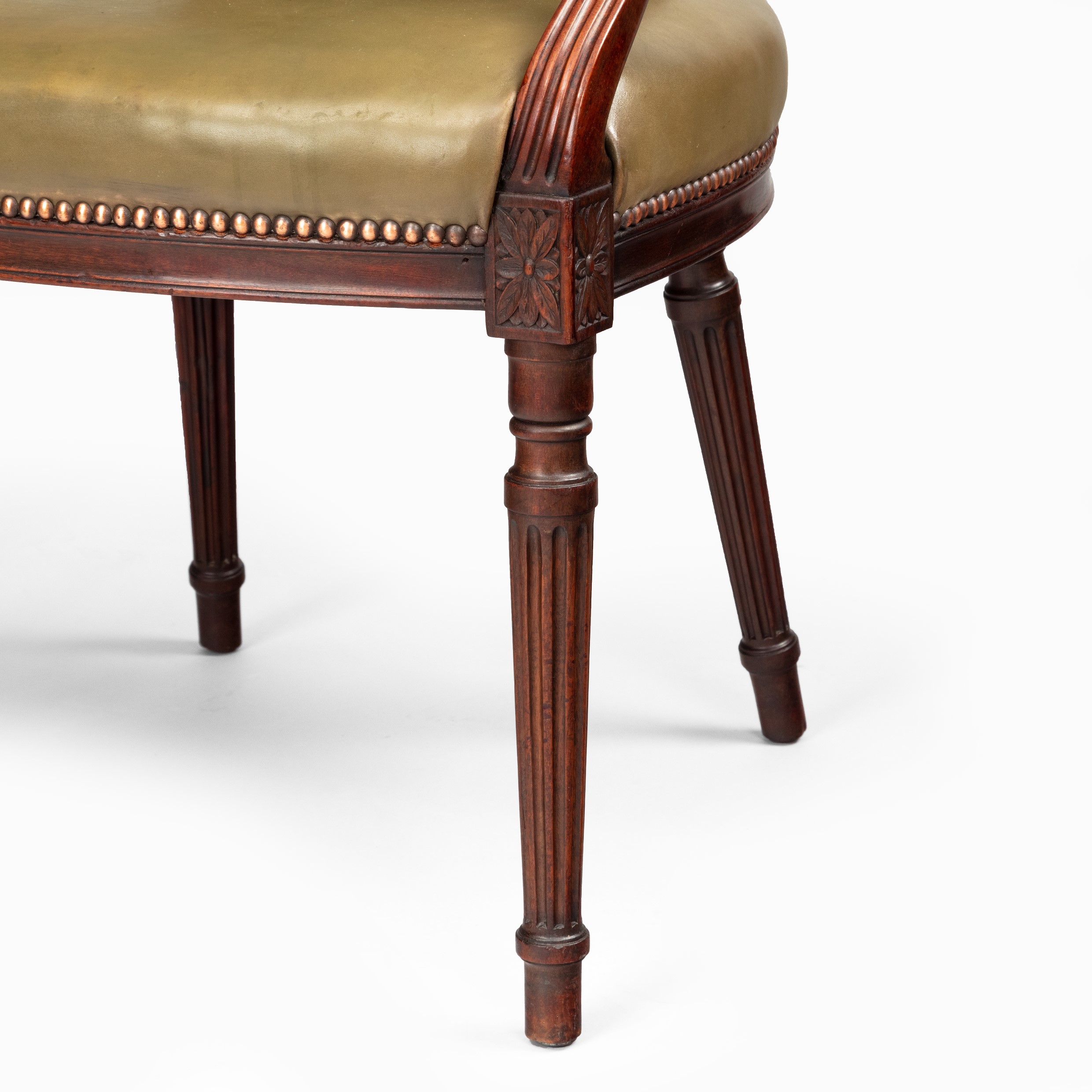 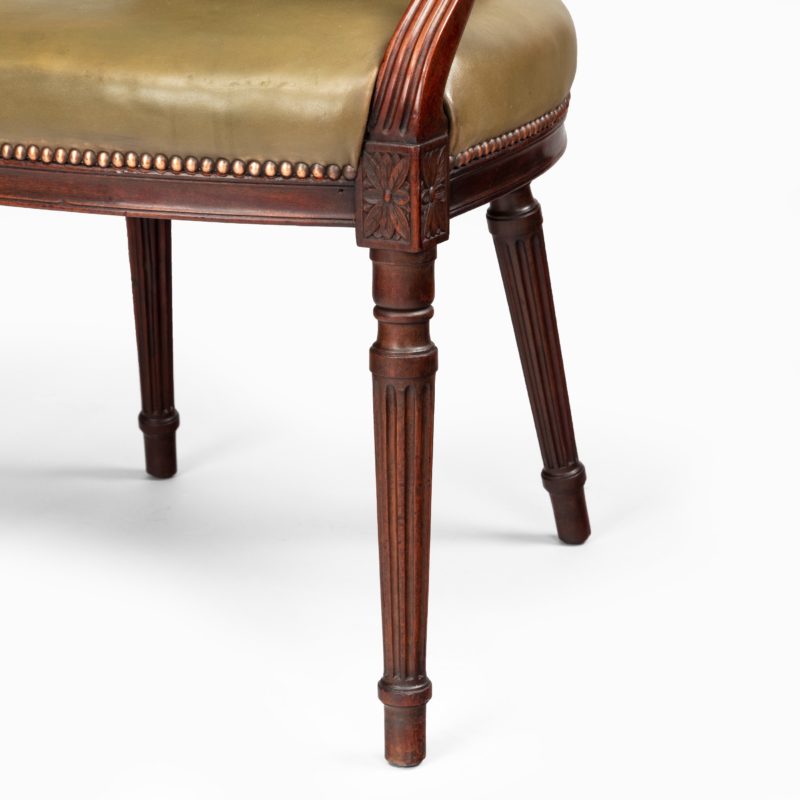 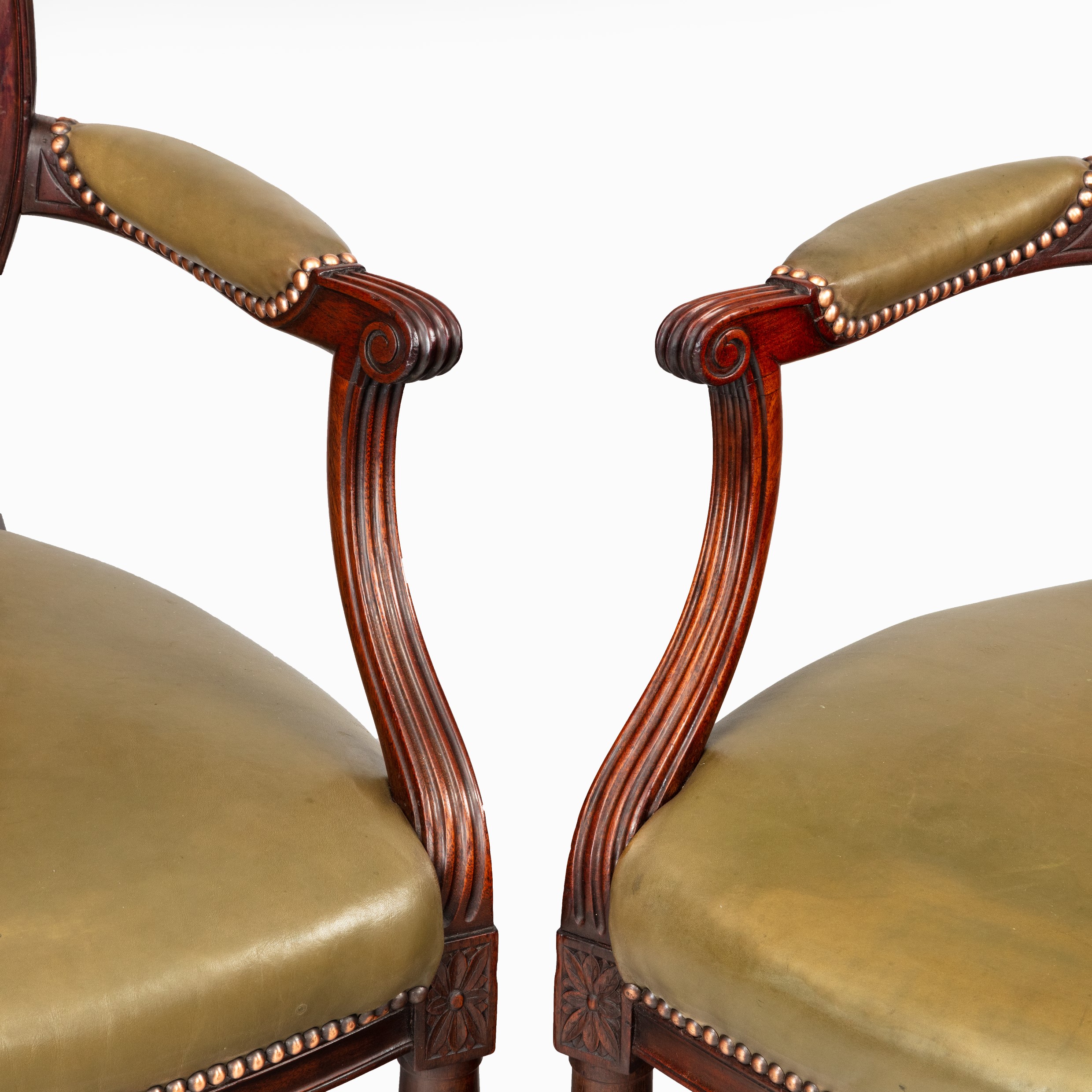 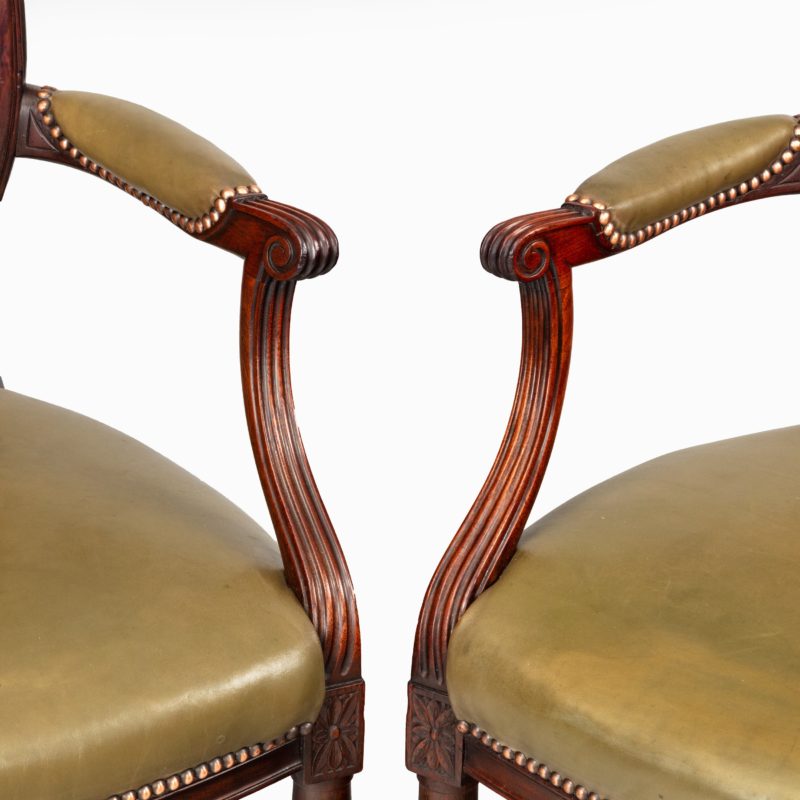 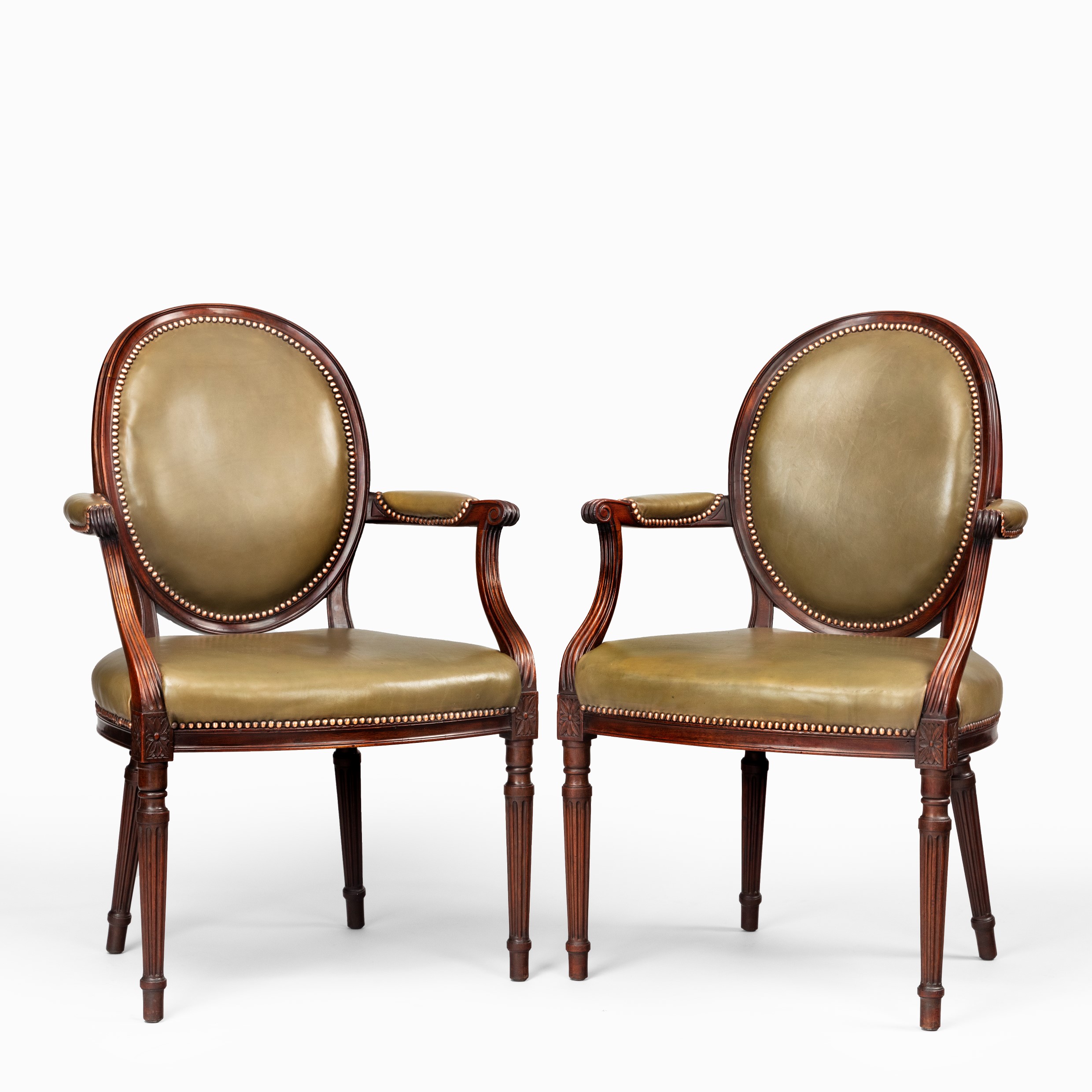 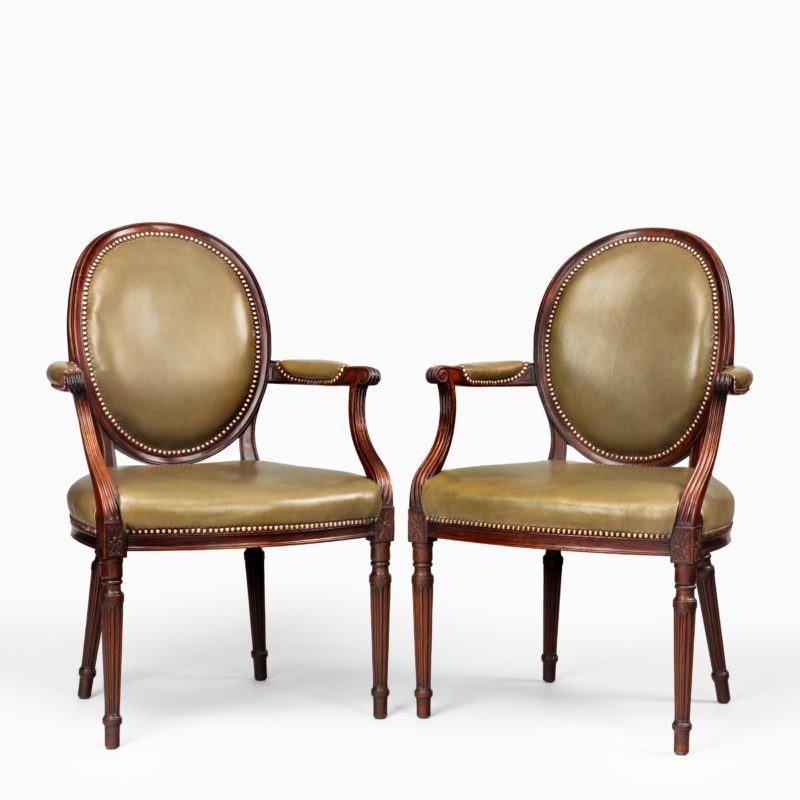 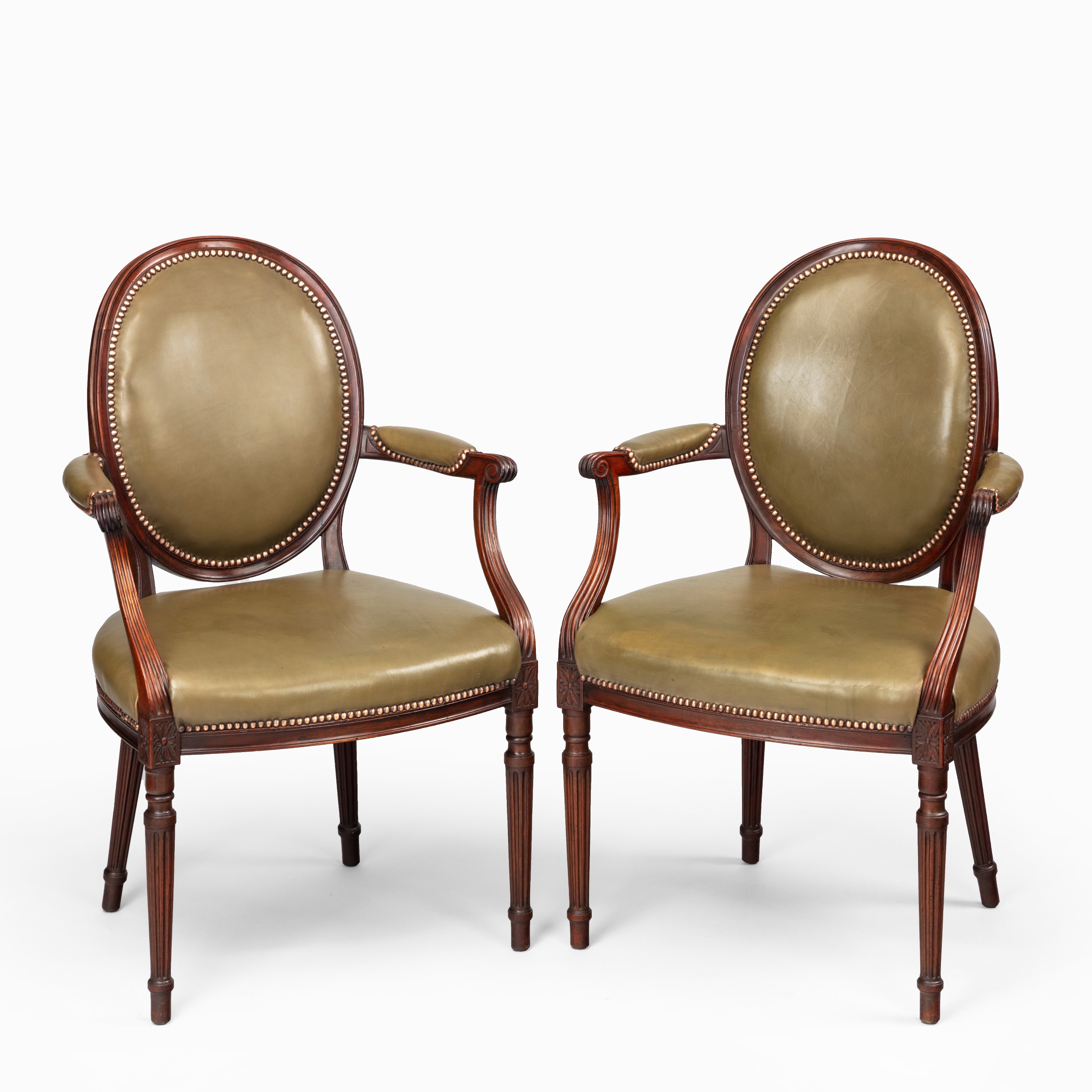 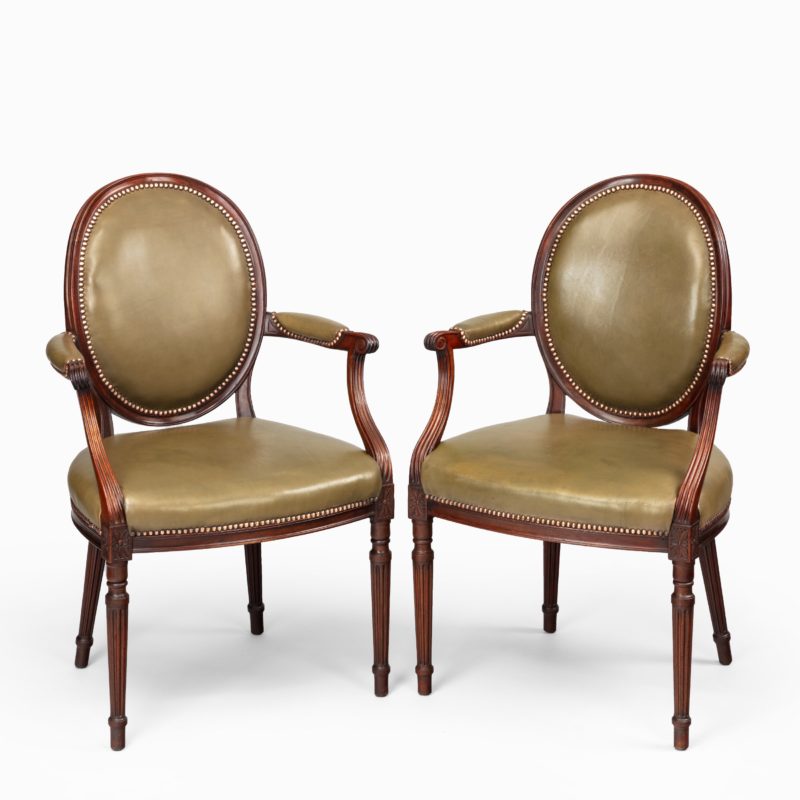 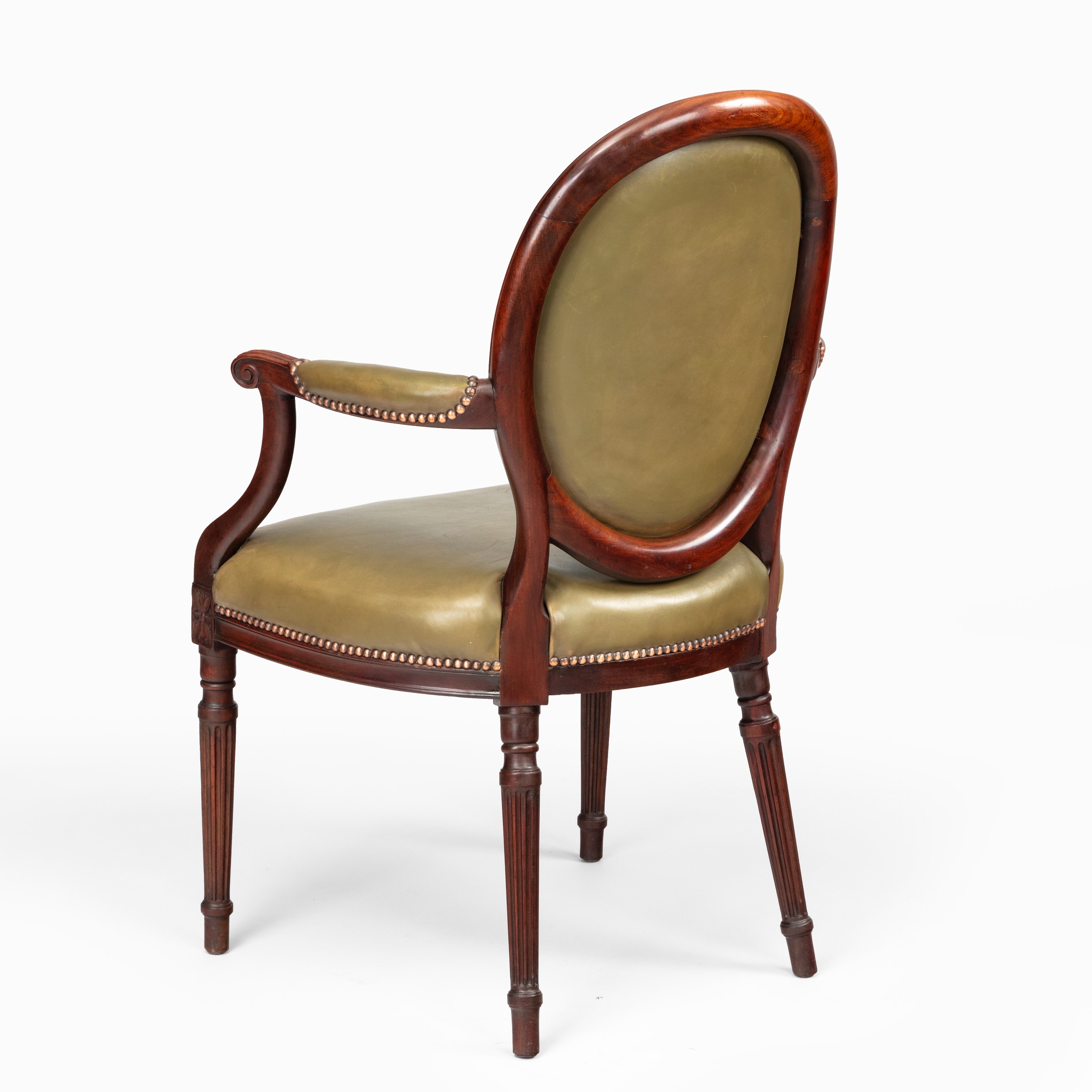 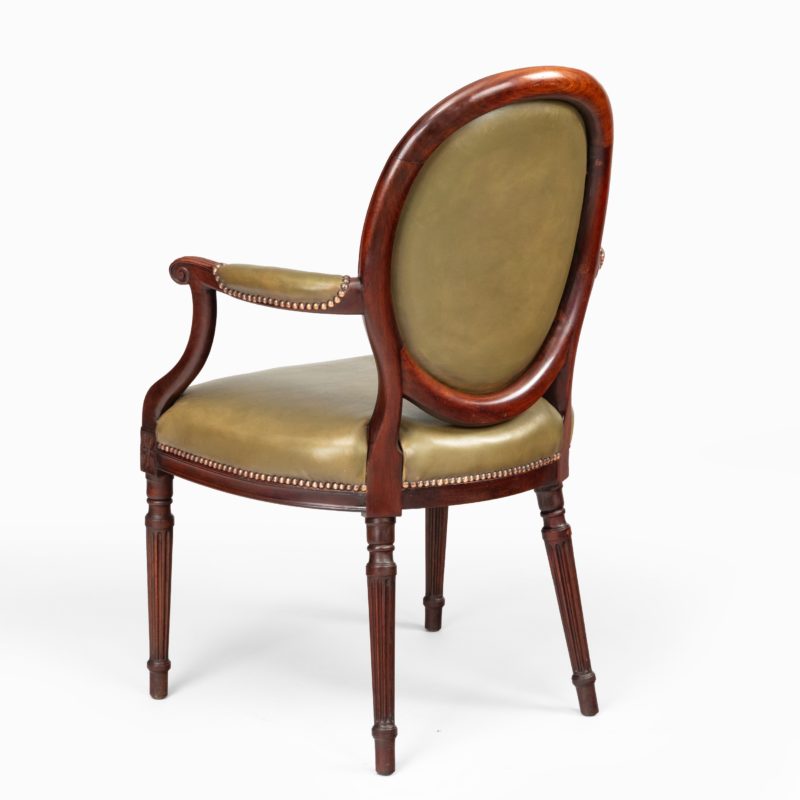 Four Edwardian mahogany chairs by Gill & Reigate, each with an oval back, reeded arms and turned, reeded legs, the back legs outsplayed, the back, arm rests and seat upholstered in olive green leather (probably original), with an ivorine tablet stating ‘Gill & Reigate, London, W.’  English, circa 1910.

Footnote:  The firm of Gill & Reigate was founded in 1899 and, by 1901, were trading at 85 Oxford Street, London, as ‘Dealers in Antique & Modern Furniture, Artistic Decorators and Upholsterers‘. They were decorators to King George V and also restored and furnished Sulgrave Manor, under the direction of the architect Sir Reginald Blomfield.  The firm appears to have lasted until 1958, by then trading at Arlington House, Arlington Street, London.