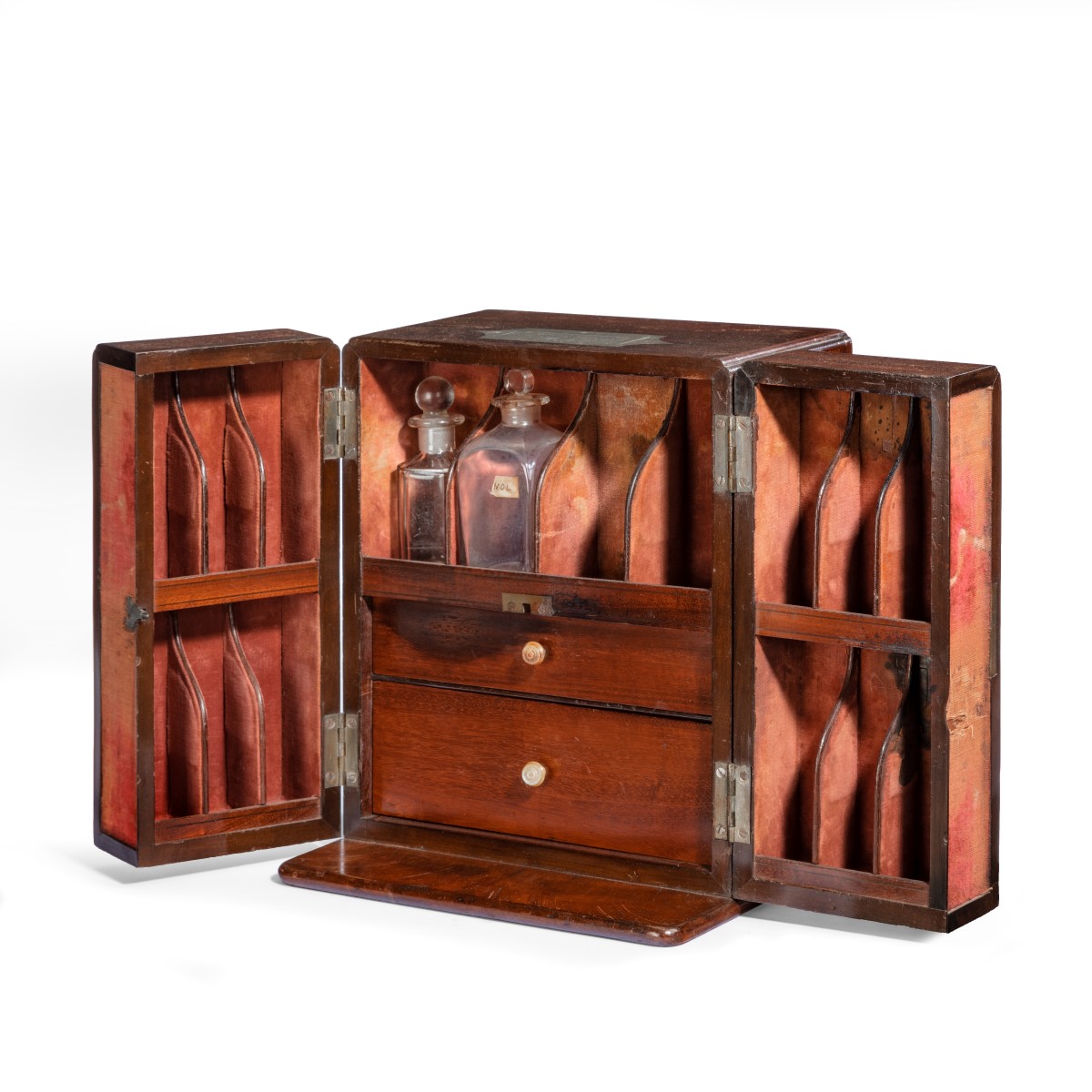 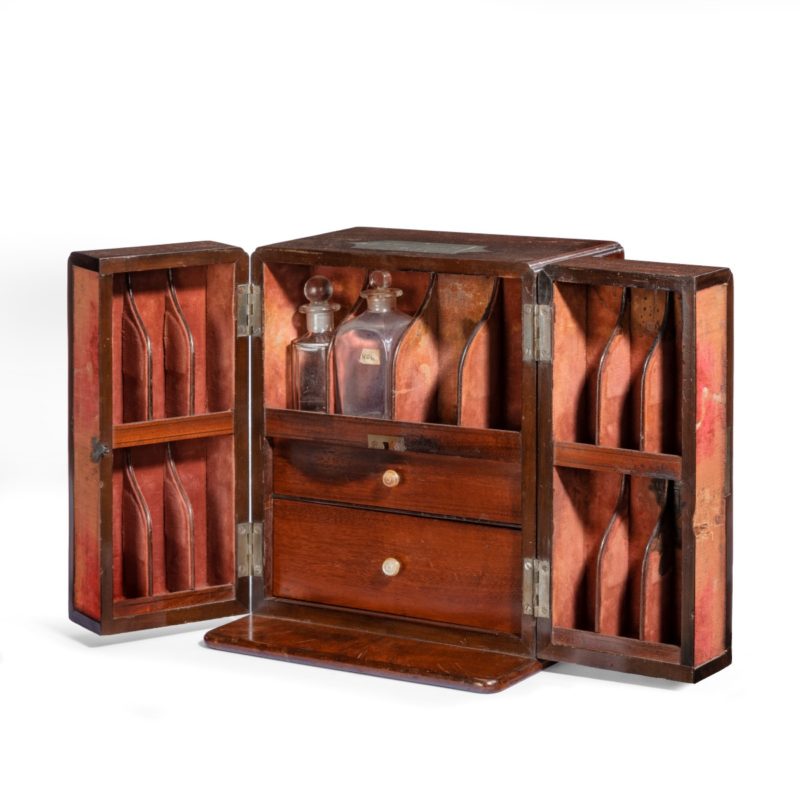 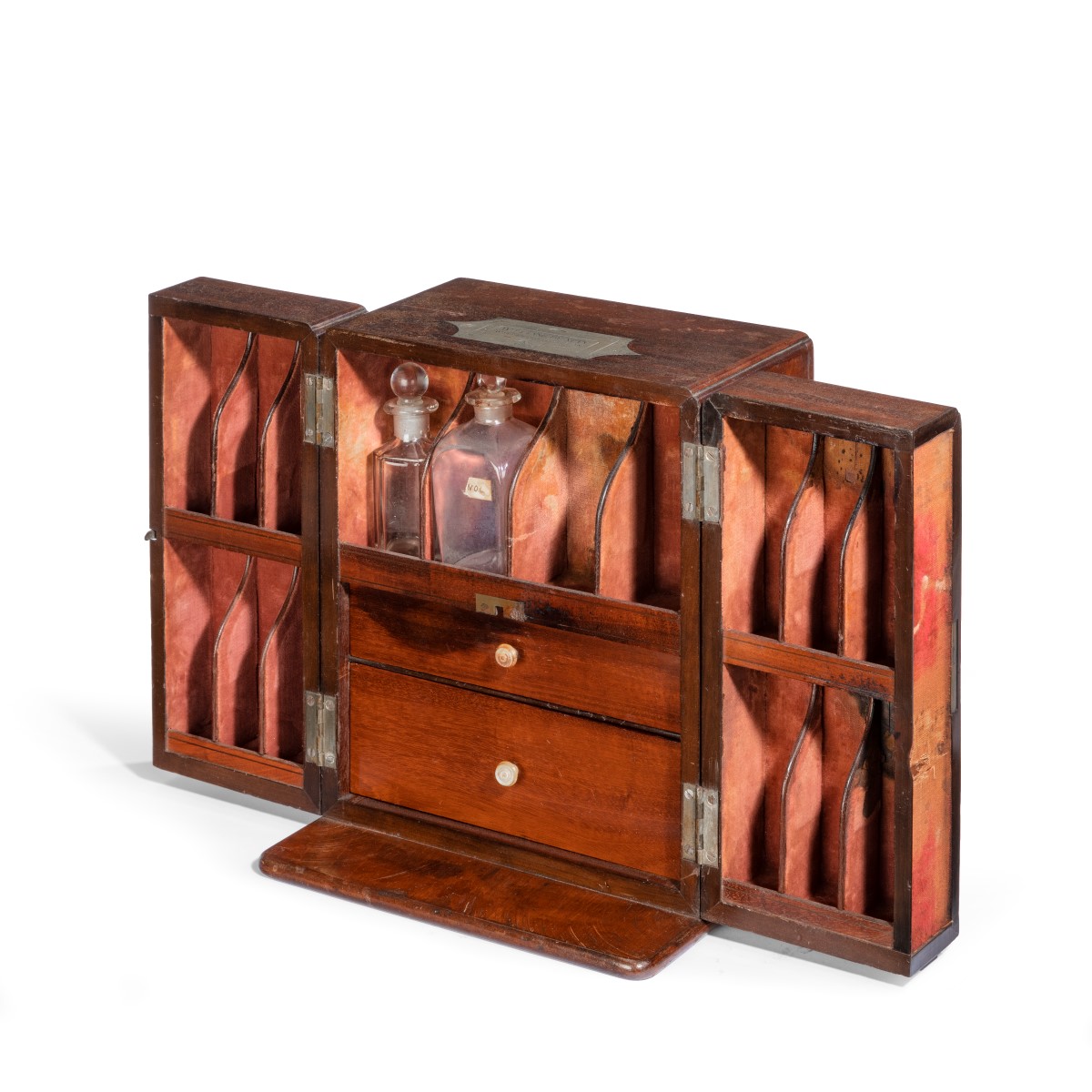 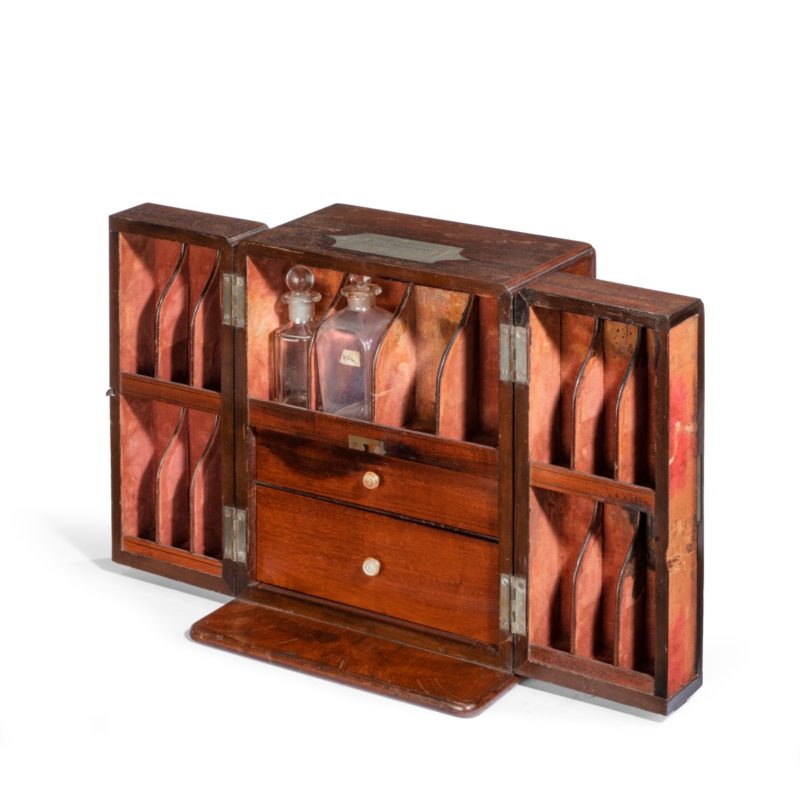 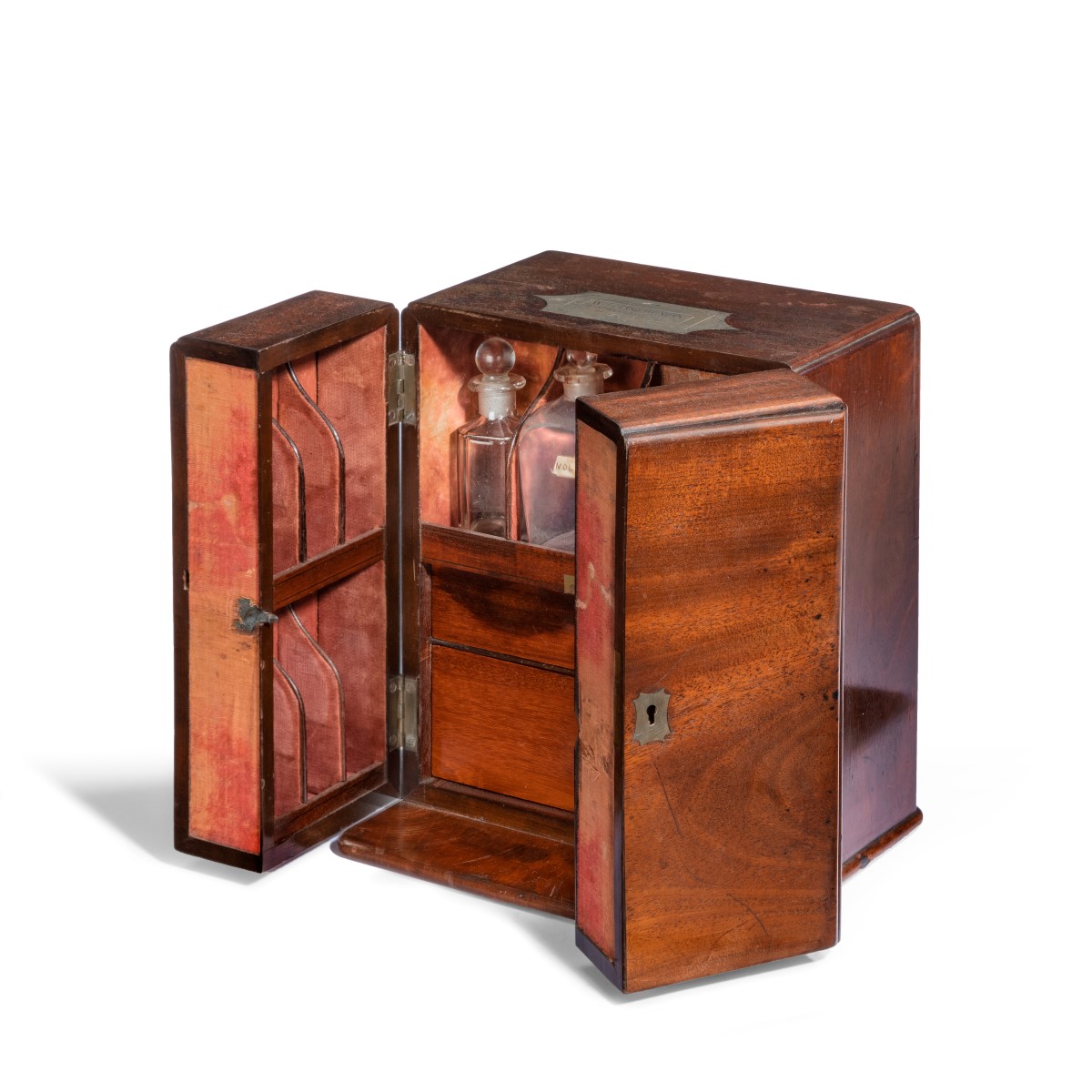 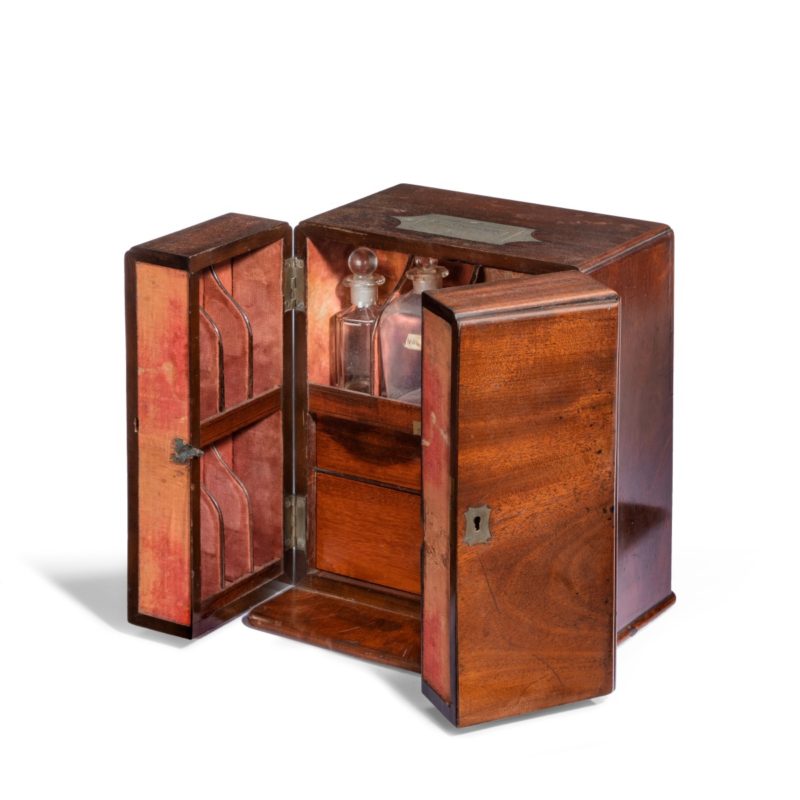 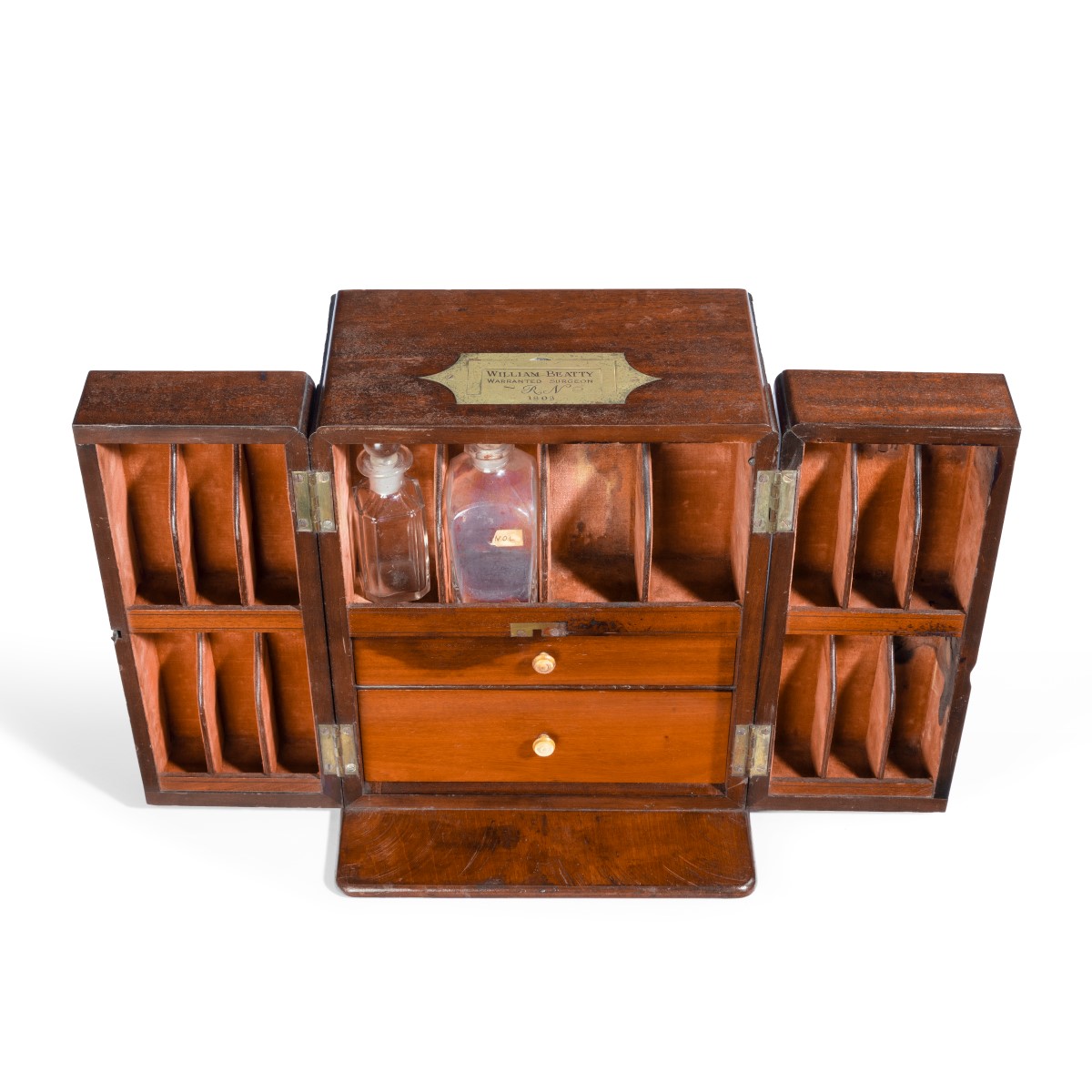 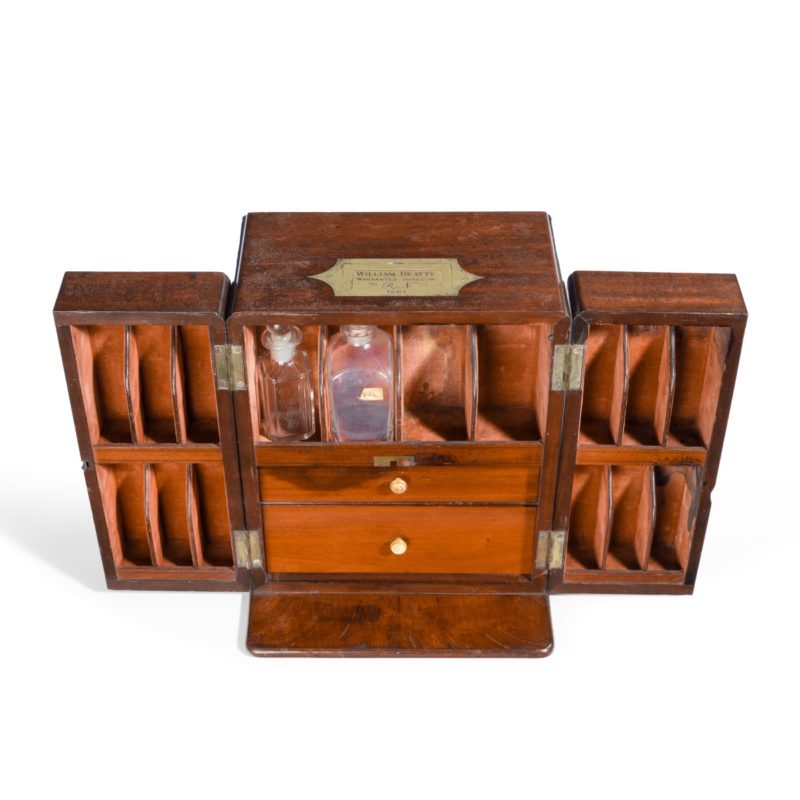 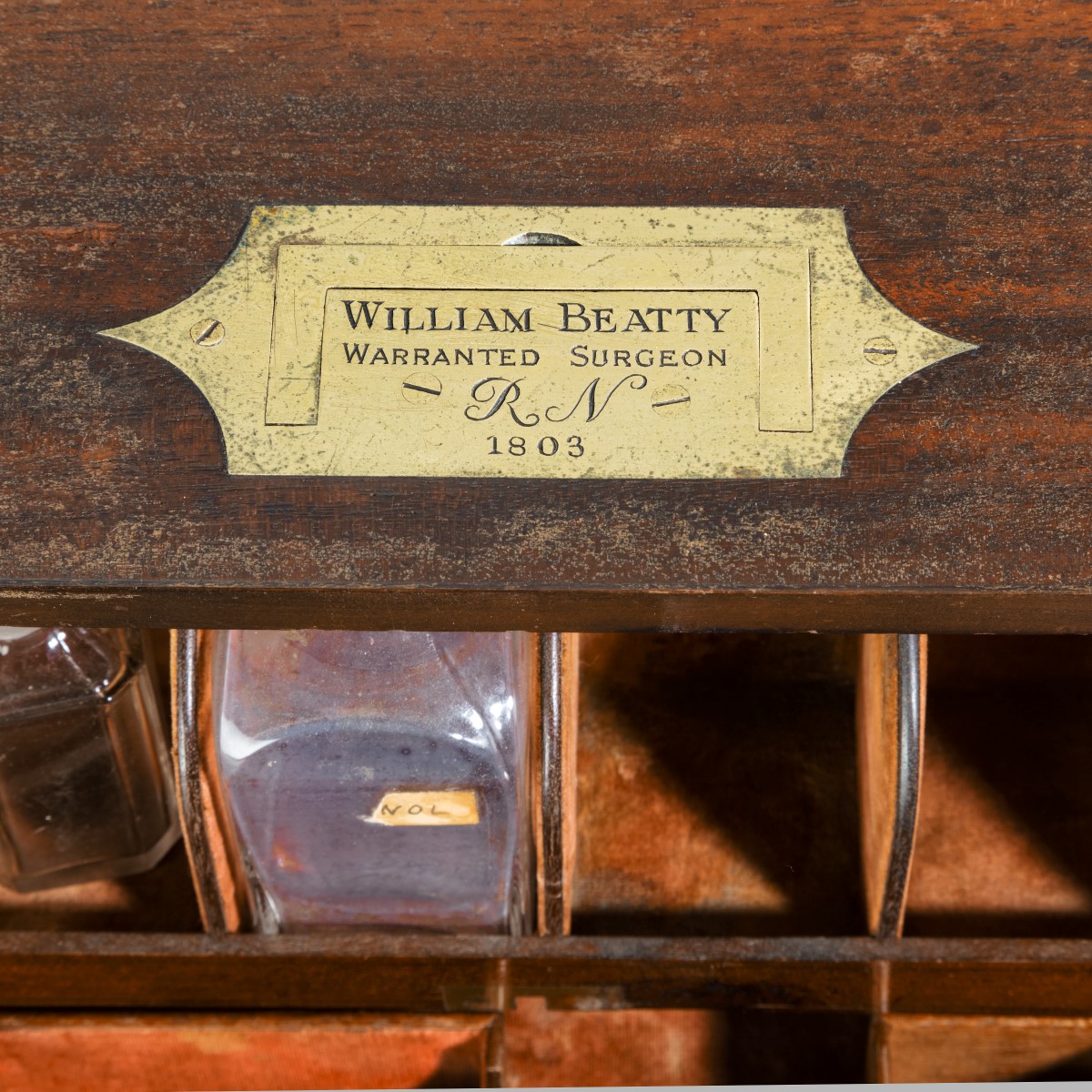 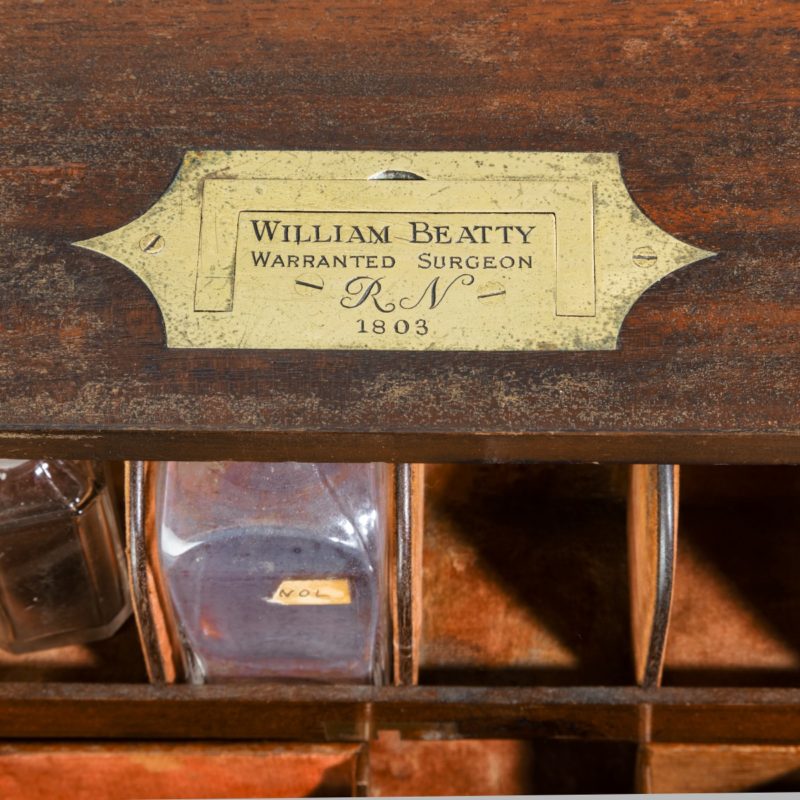 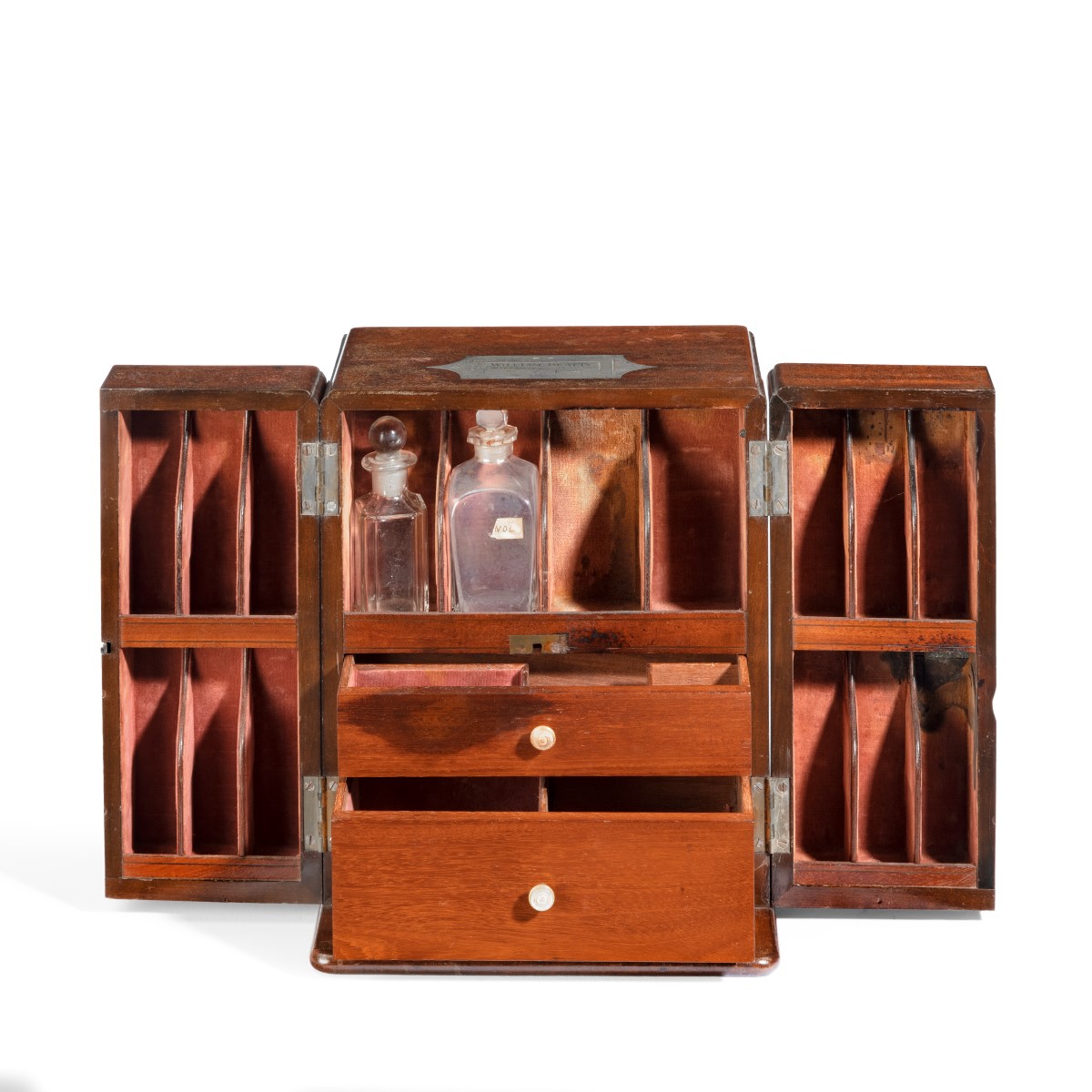 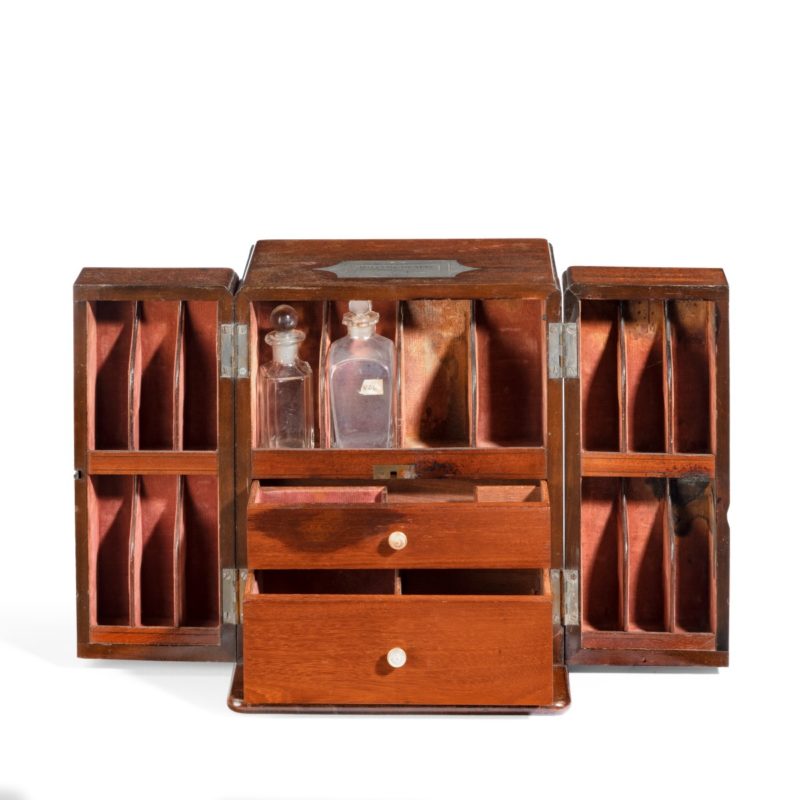 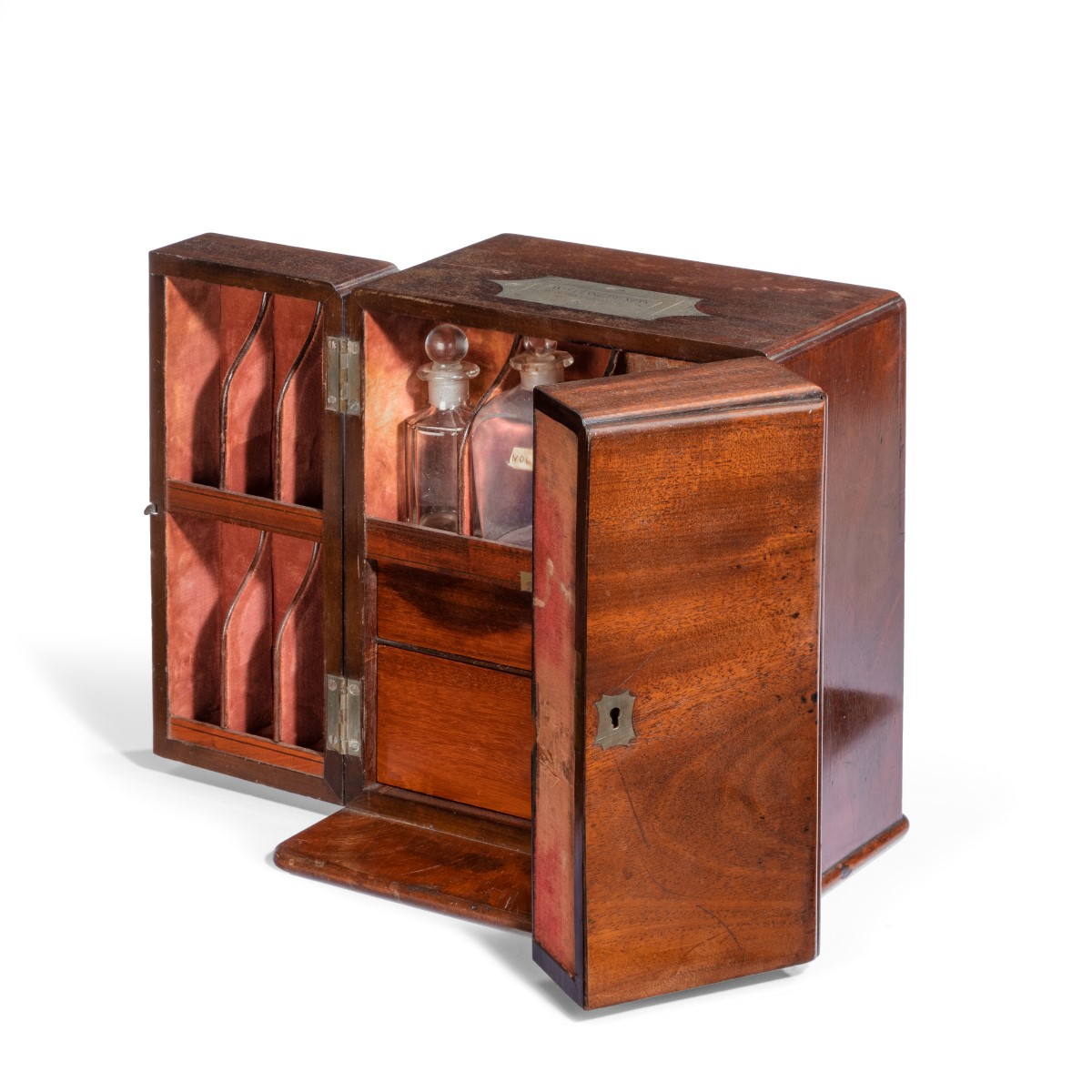 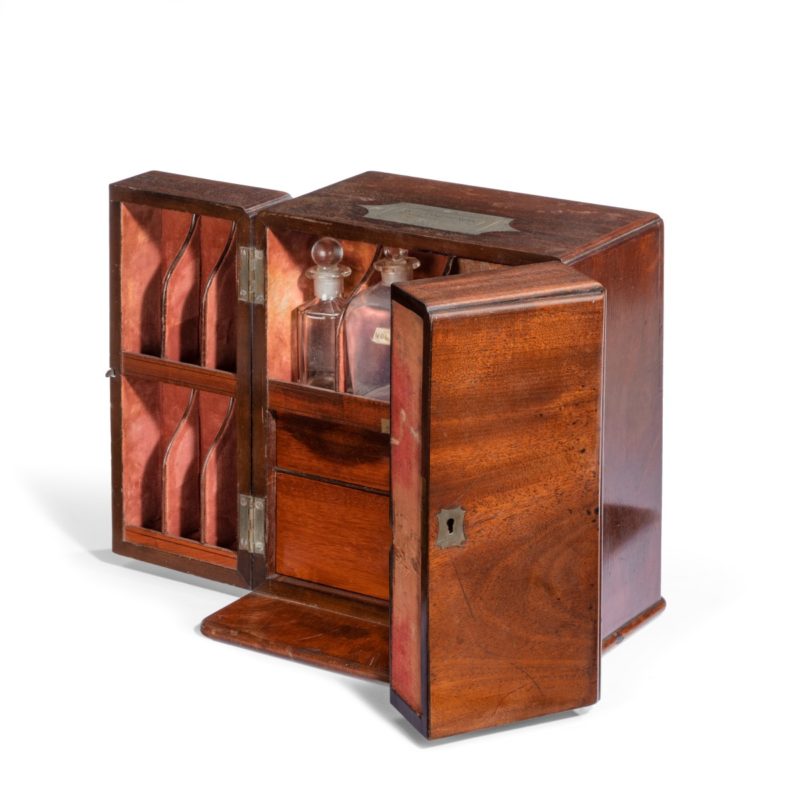 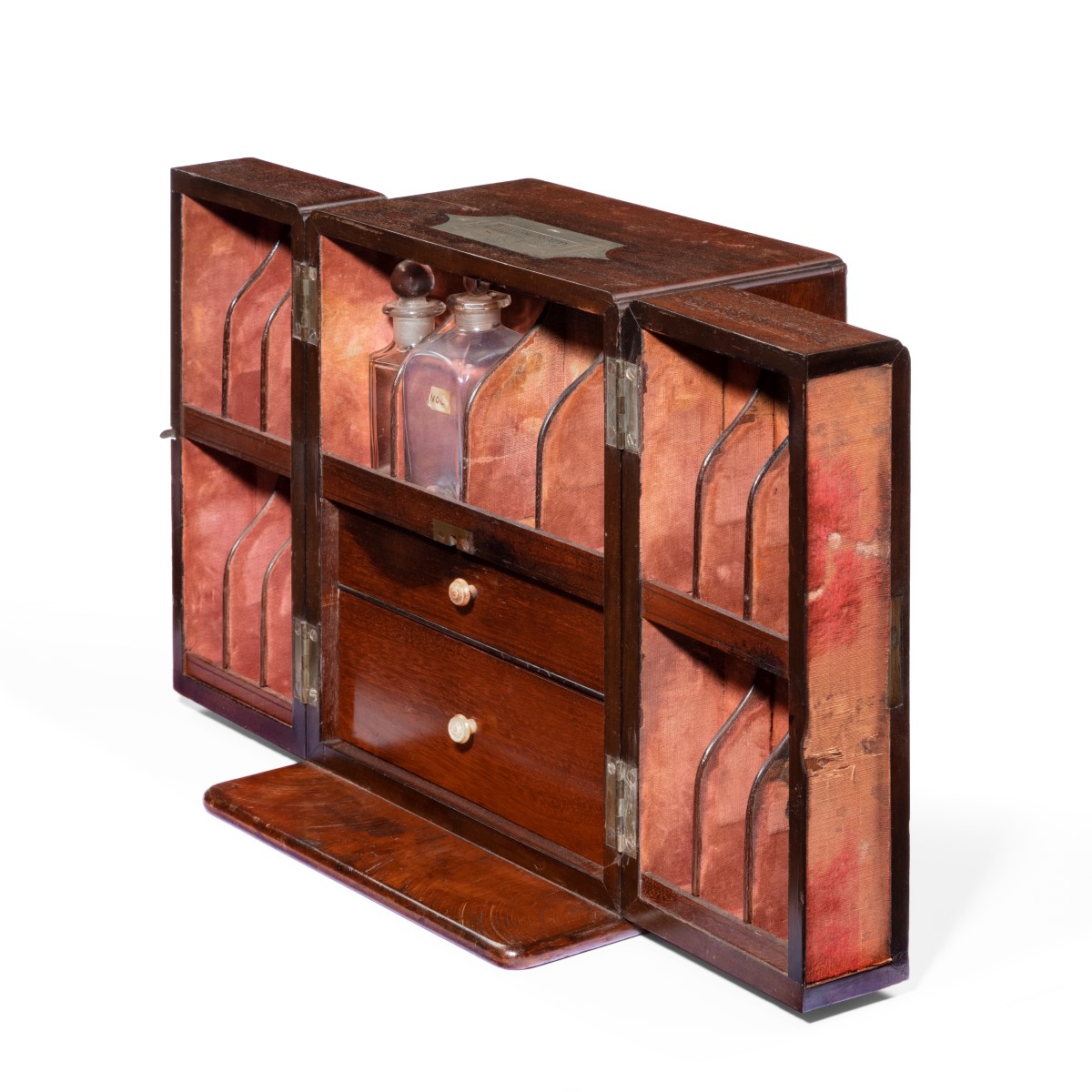 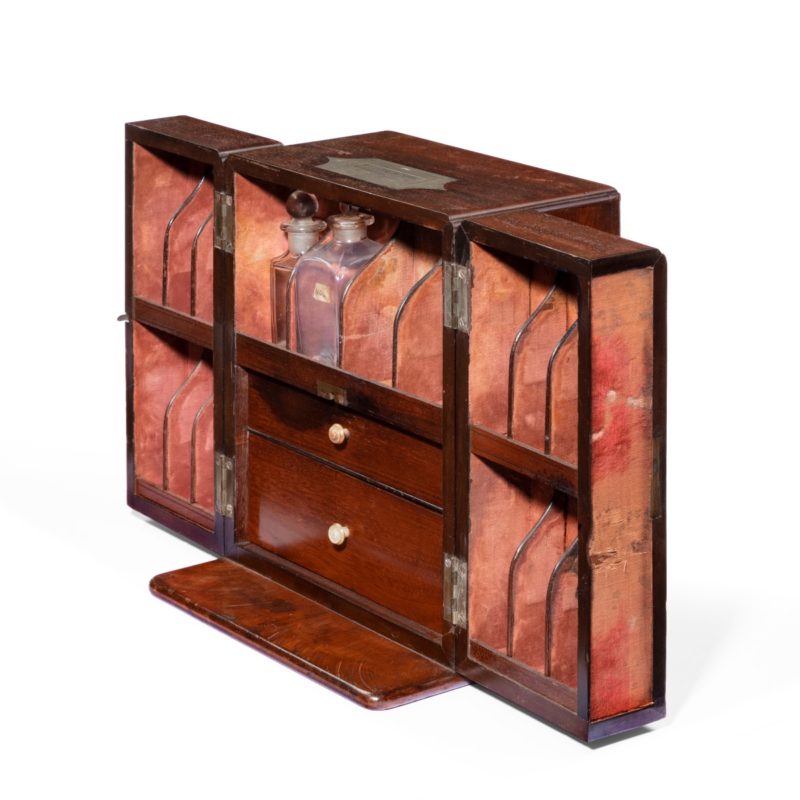 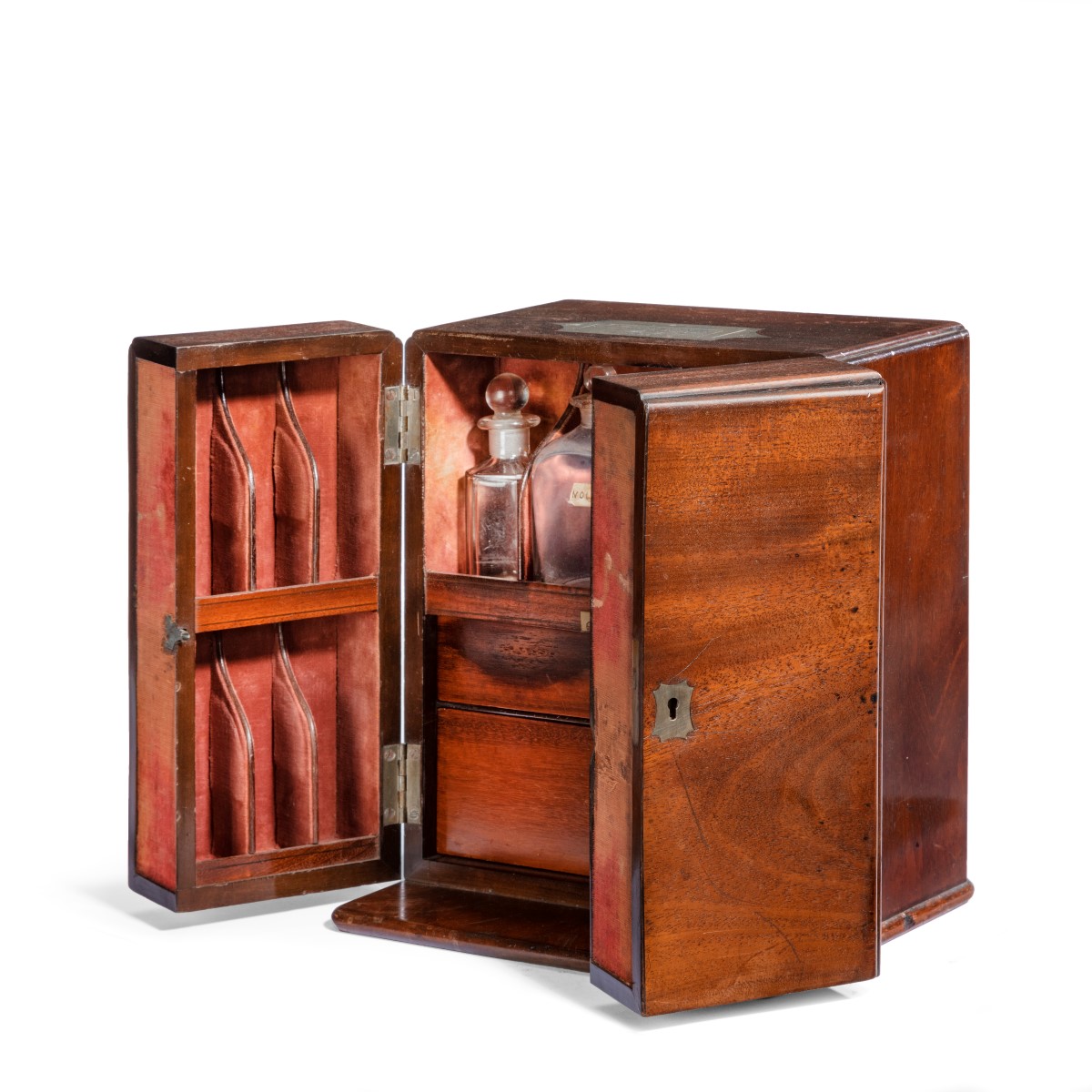 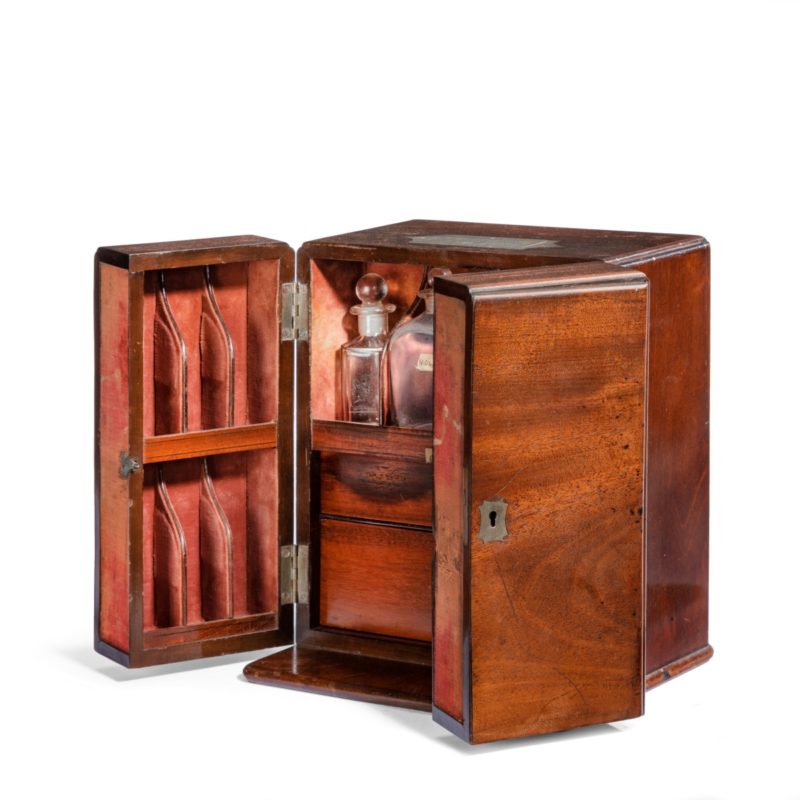 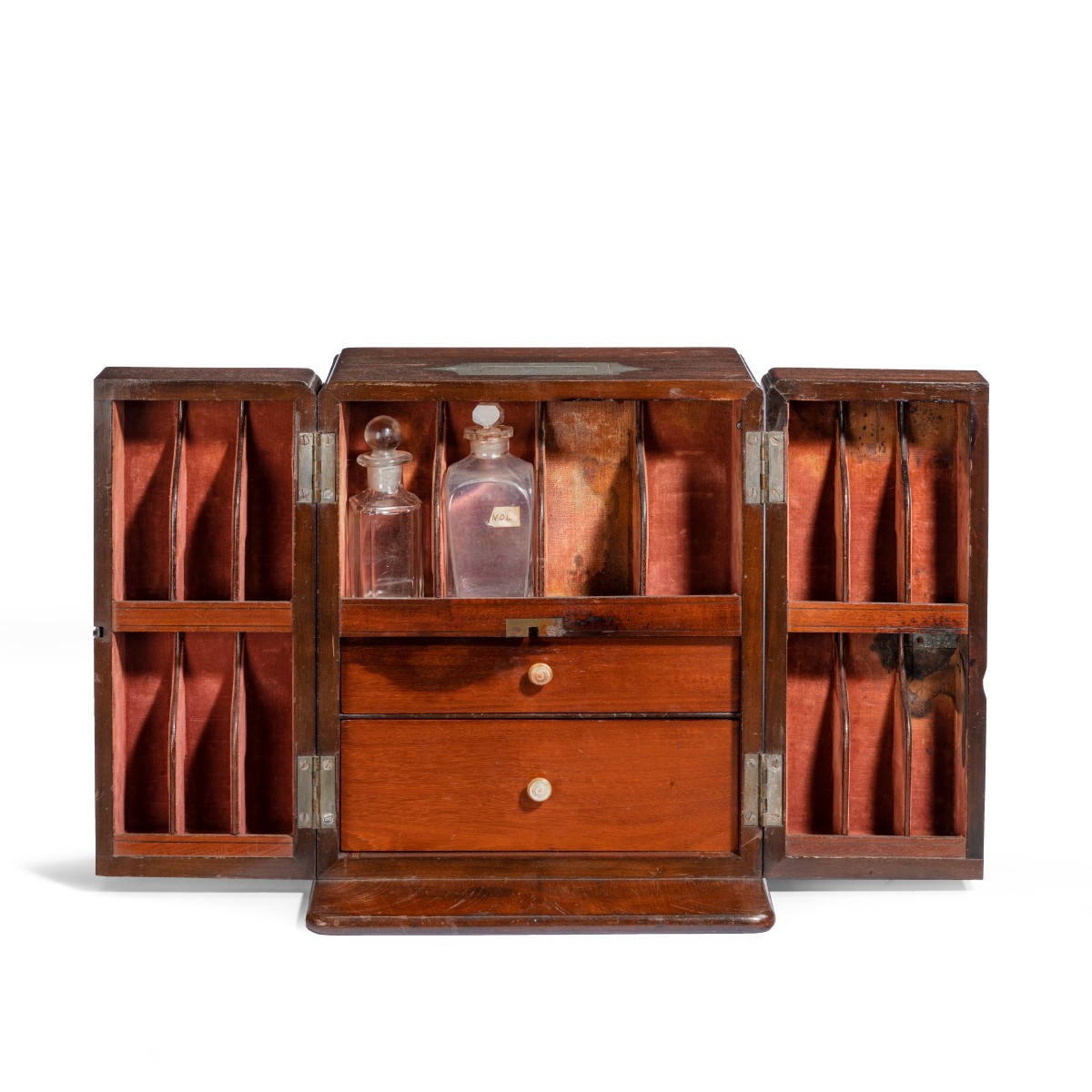 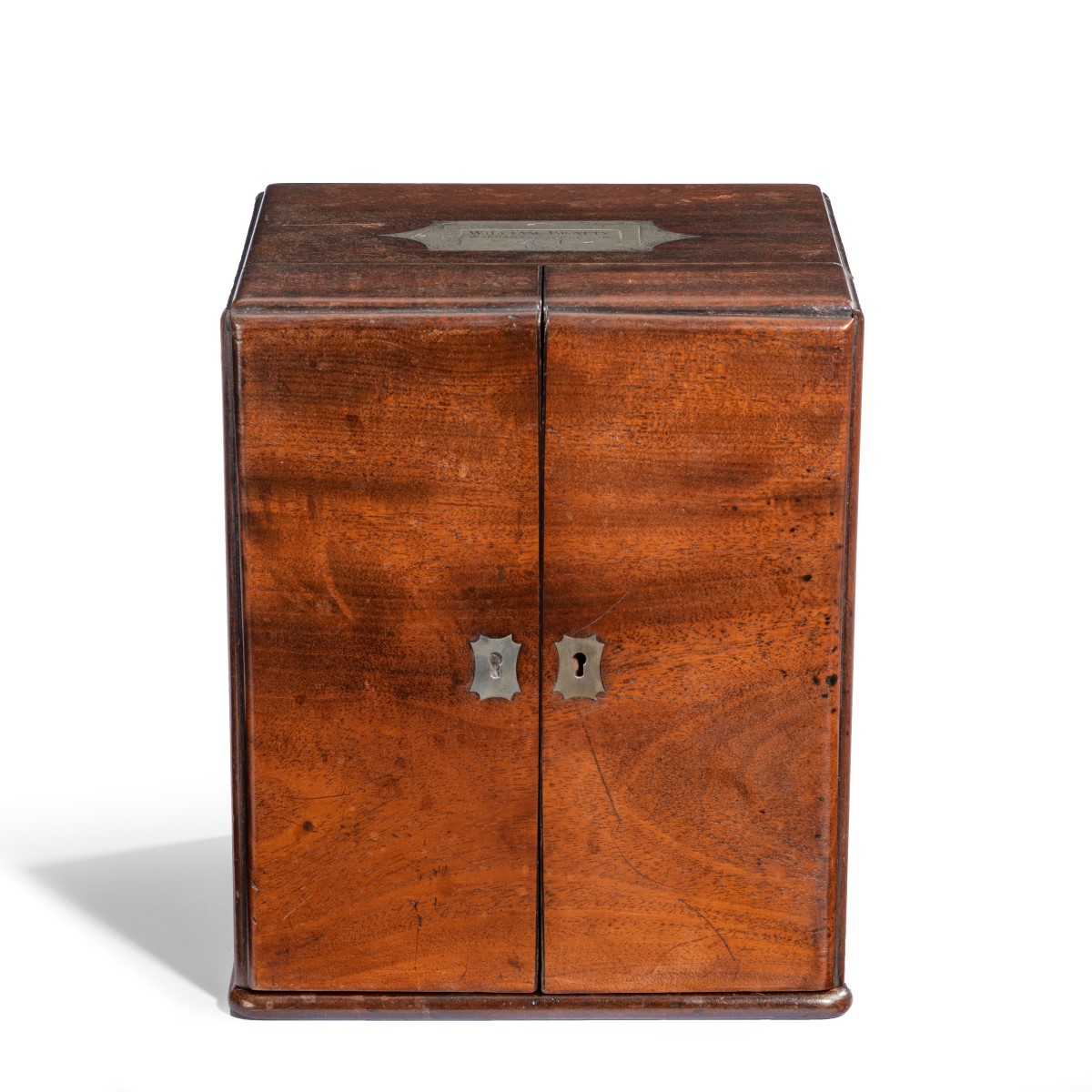 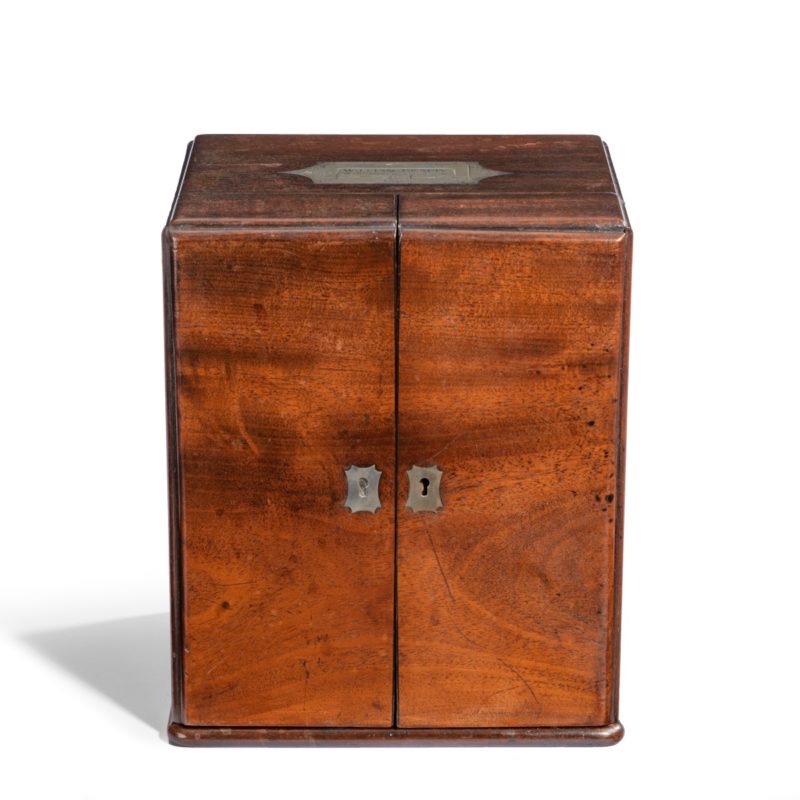 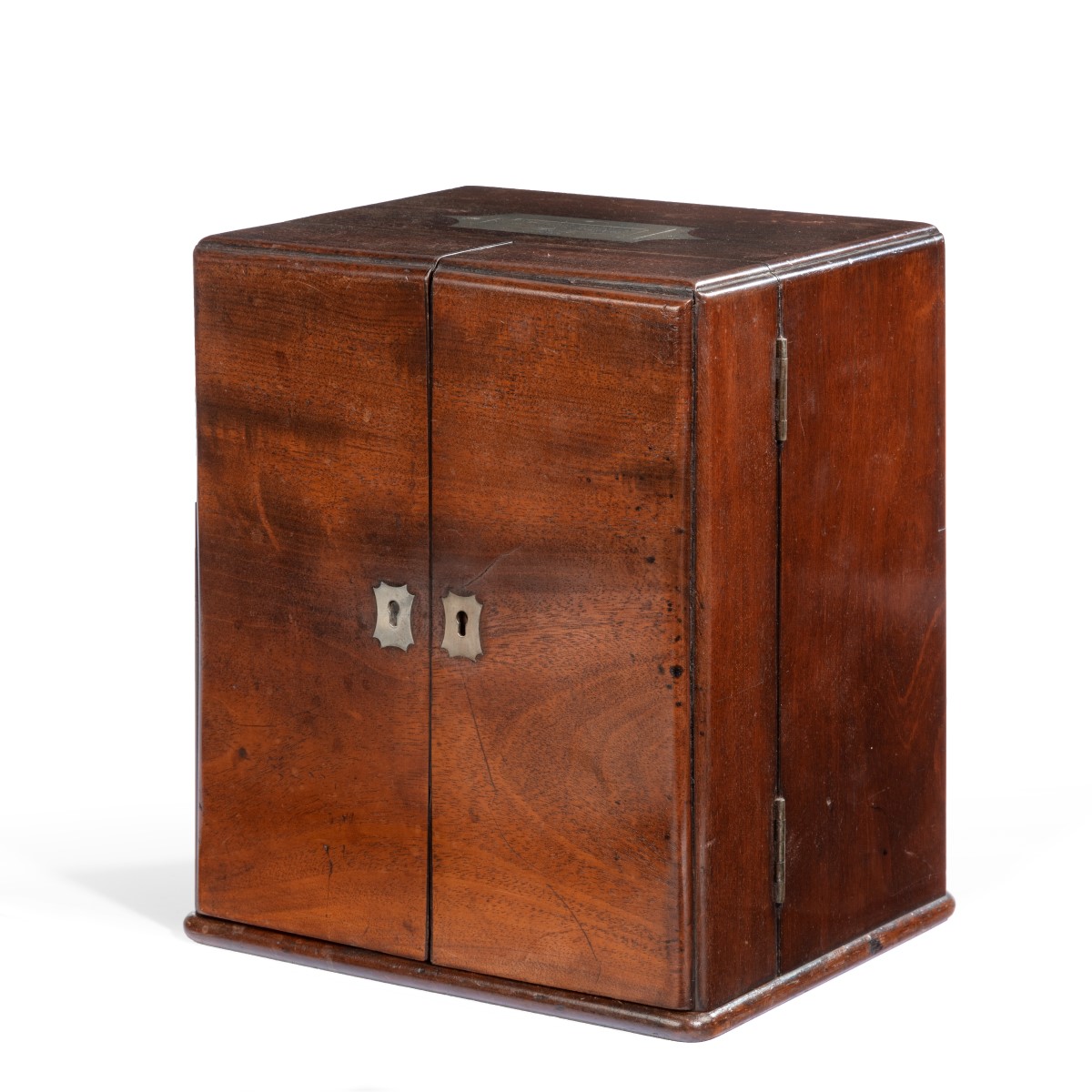 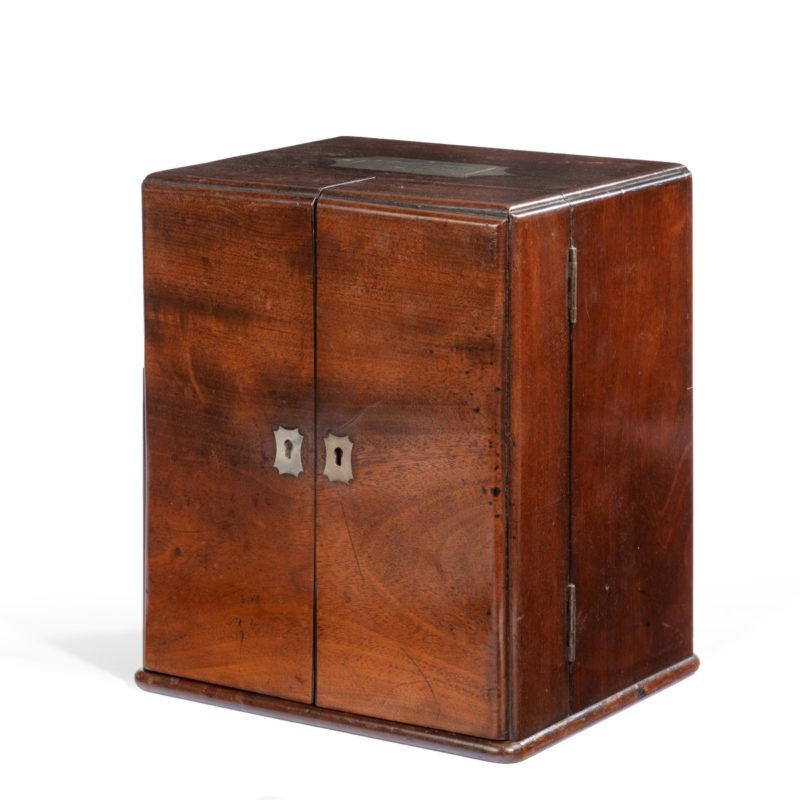 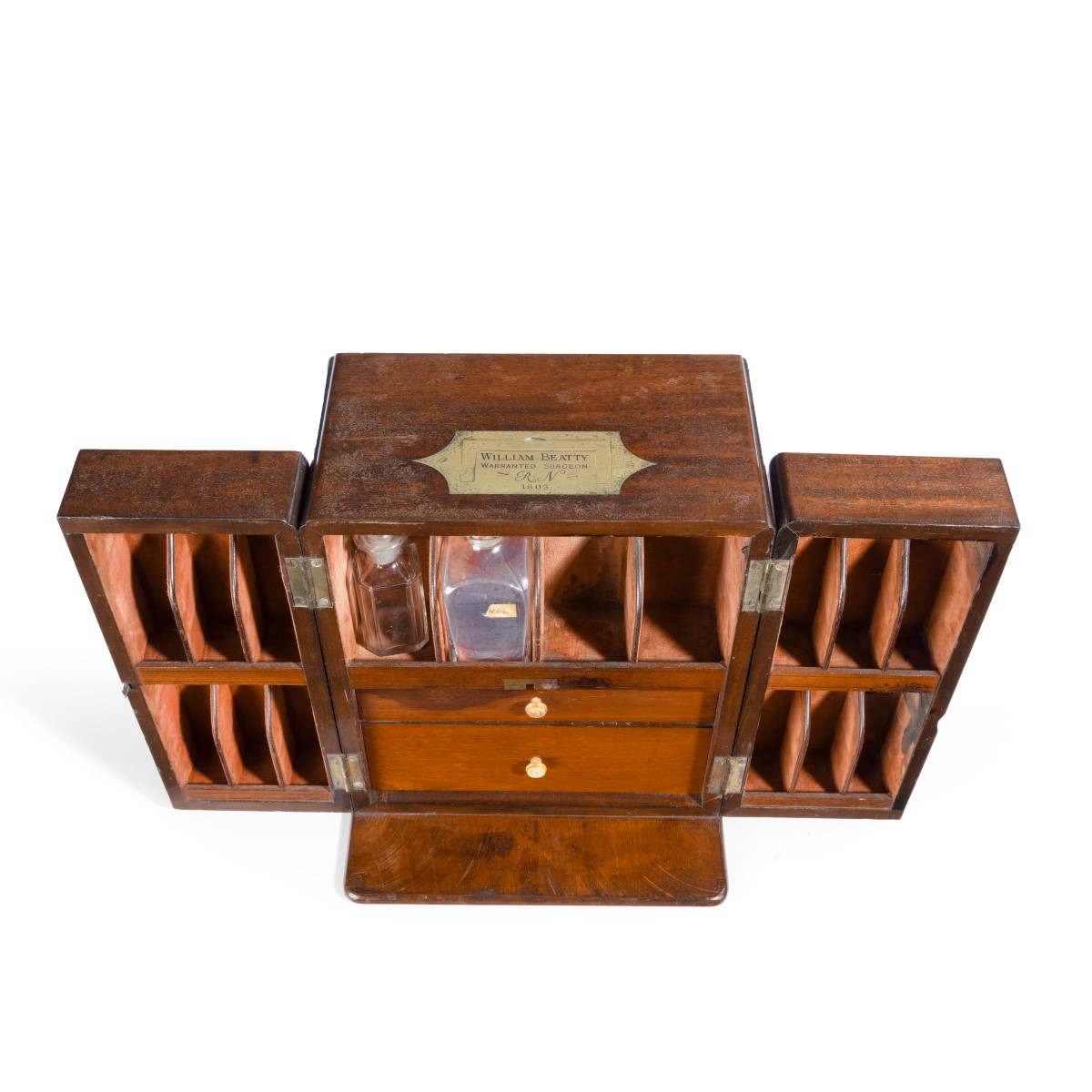 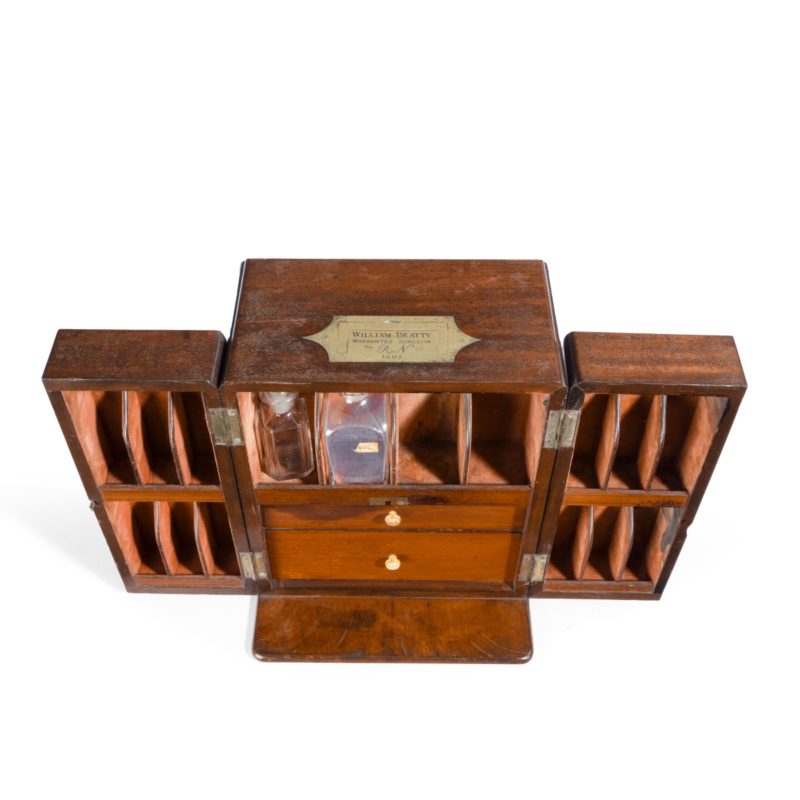 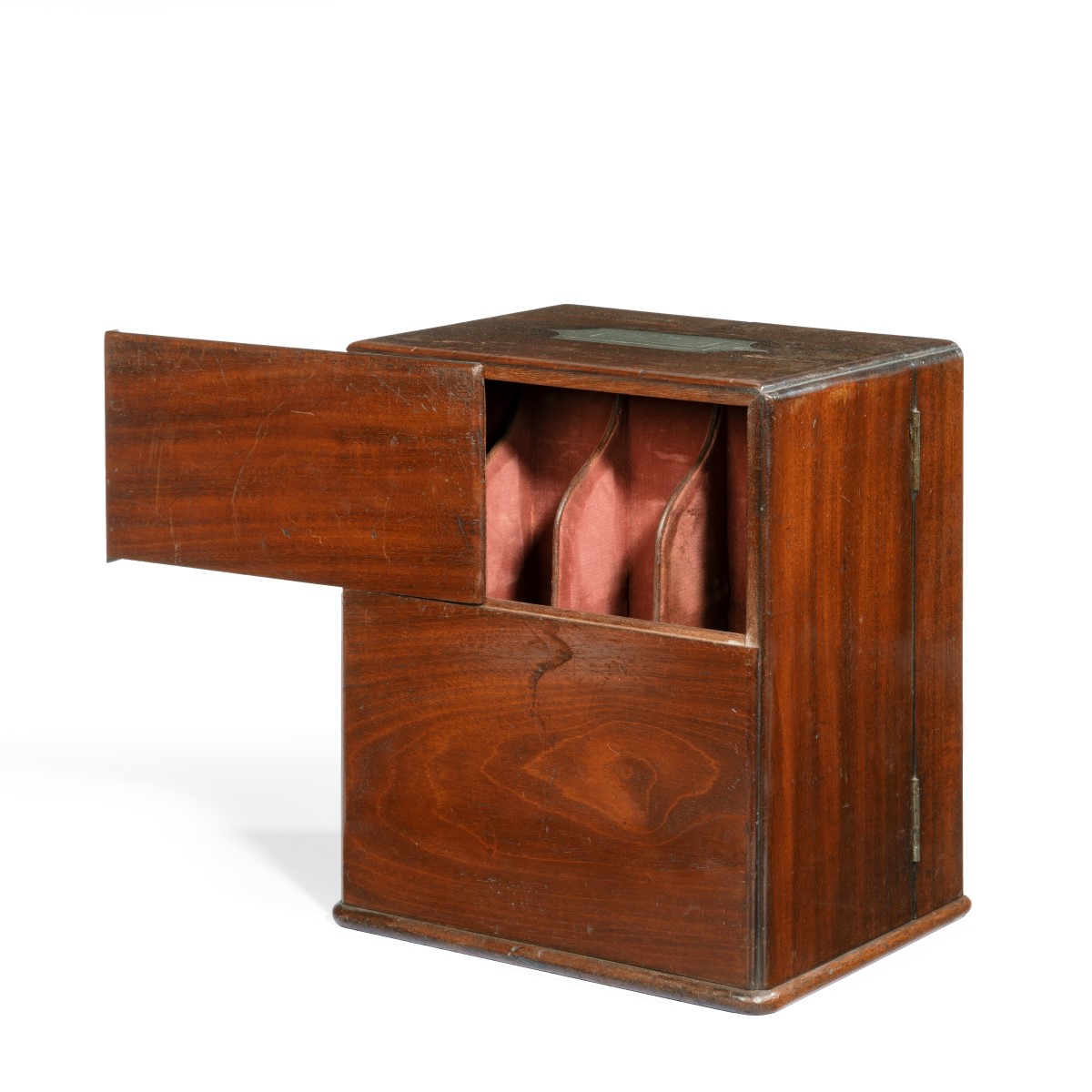 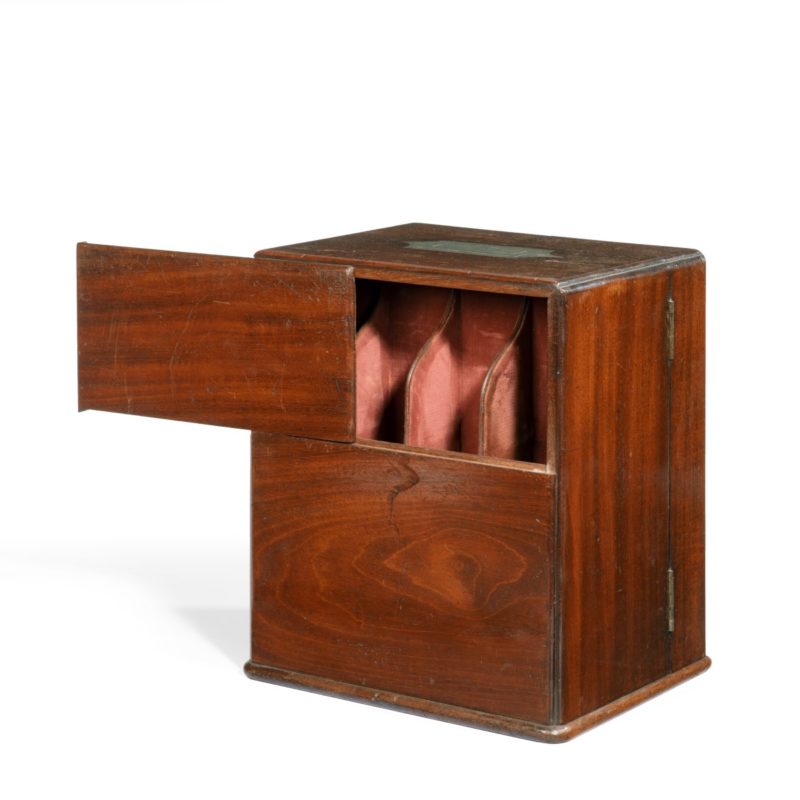 This naval surgeon’s medicine cabinet is of rectangular form with two doors, each fitted with two rows of bottle racks, which open to reveal two long drawers and four racks, the reverse with a disguised sliding panel which has to be opened by a secret catch, concealing four further bottle racks, the top inset with a brass plaque stating ‘William Beatty Warranted Surgeon RN 1803.’ English.

Born in Ireland, Sir William Beatty FRS (1773 – 1842) joined the Royal Navy as surgeon’s mate in 1793 and saw service through the French war. In December 1804, he was appointed naval surgeon to Victory famously attending to Admiral Lord Nelson after he received his mortal wound at the Battle of Trafalgar. On return to England, Beatty performed the autopsy on board Victory and published his bestselling ‘Authentic Narrative of the Death of Lord Nelson’ (1807). He subsequently bequeathed the ball which killed the admiral to Queen Victoria.