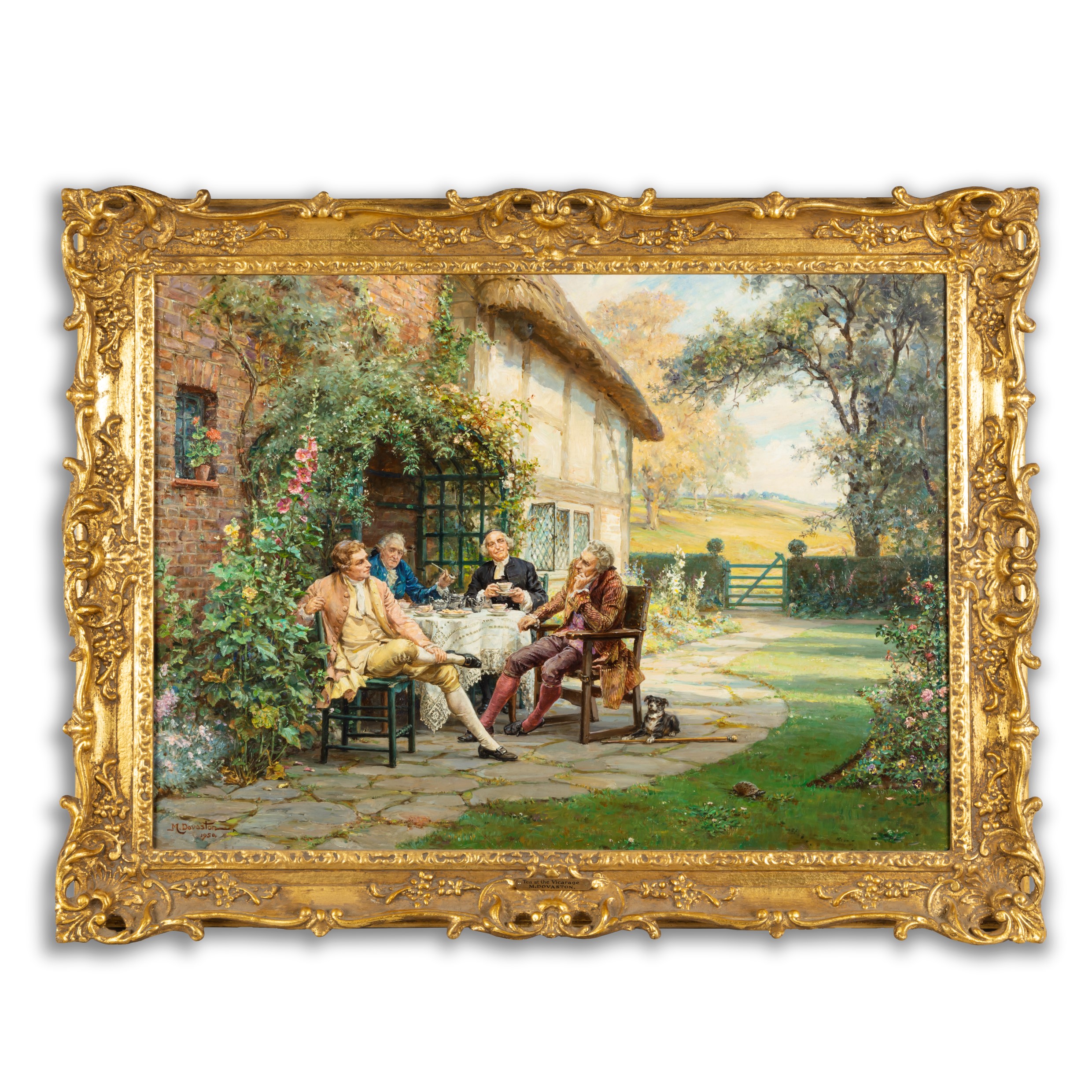 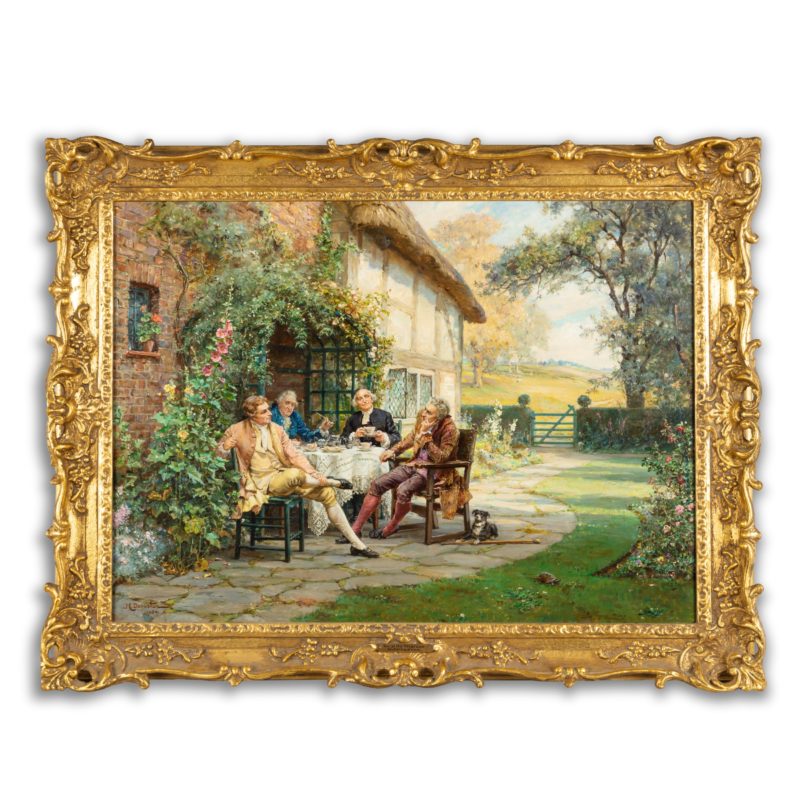 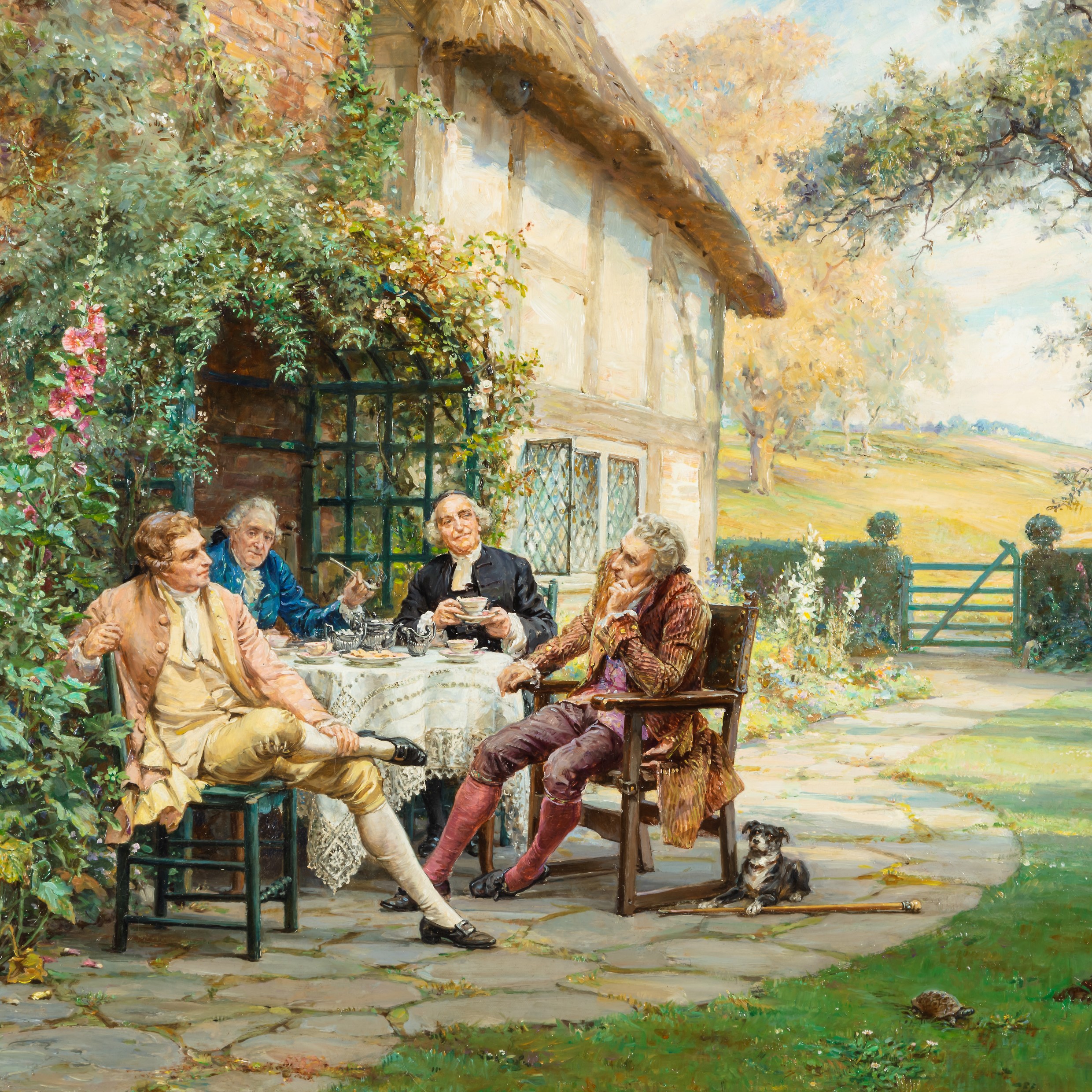 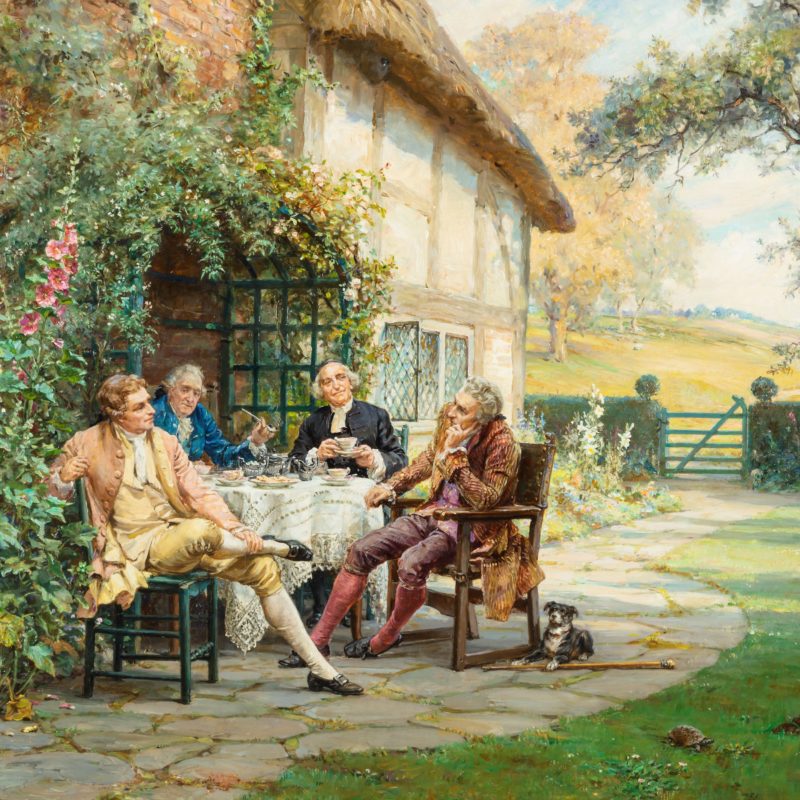 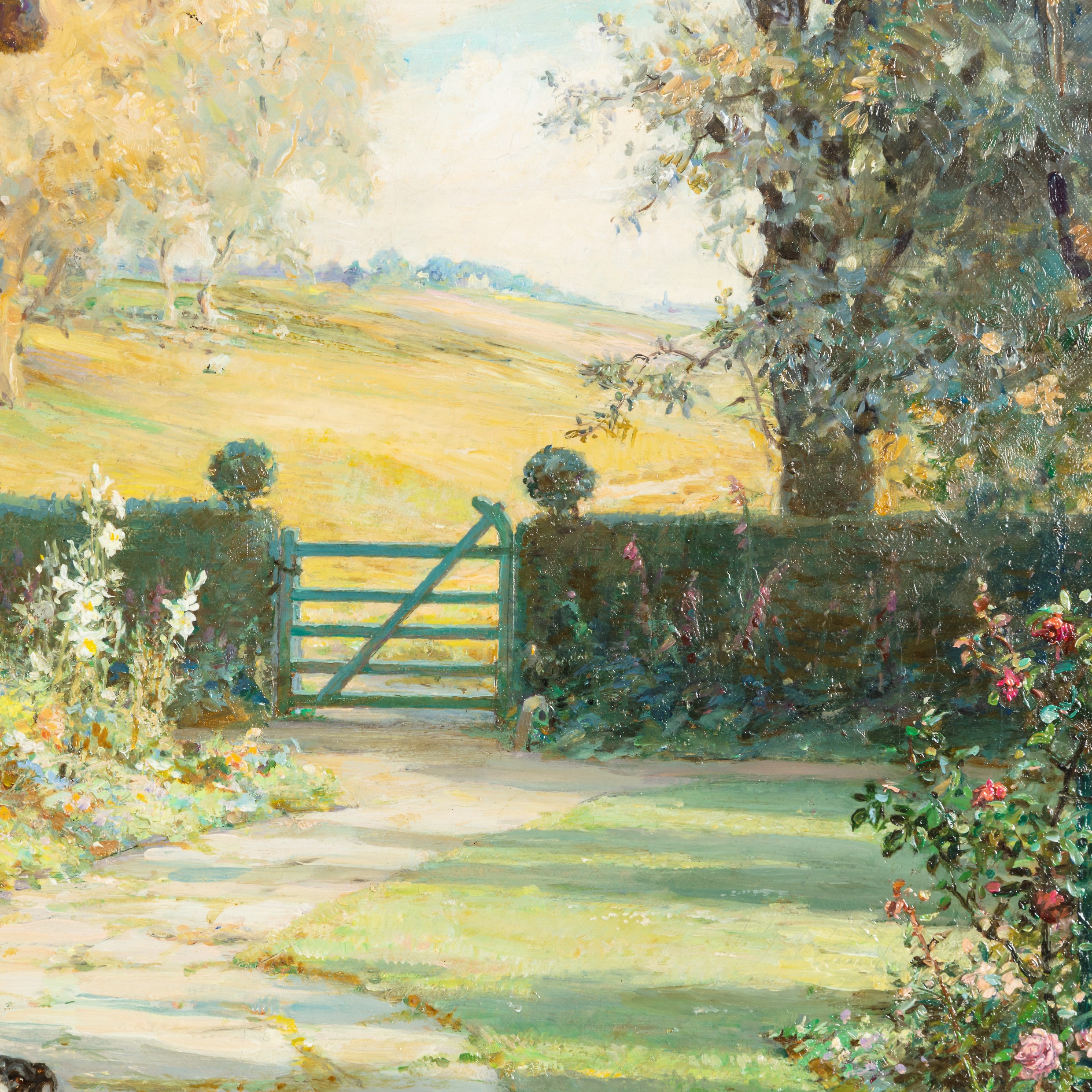 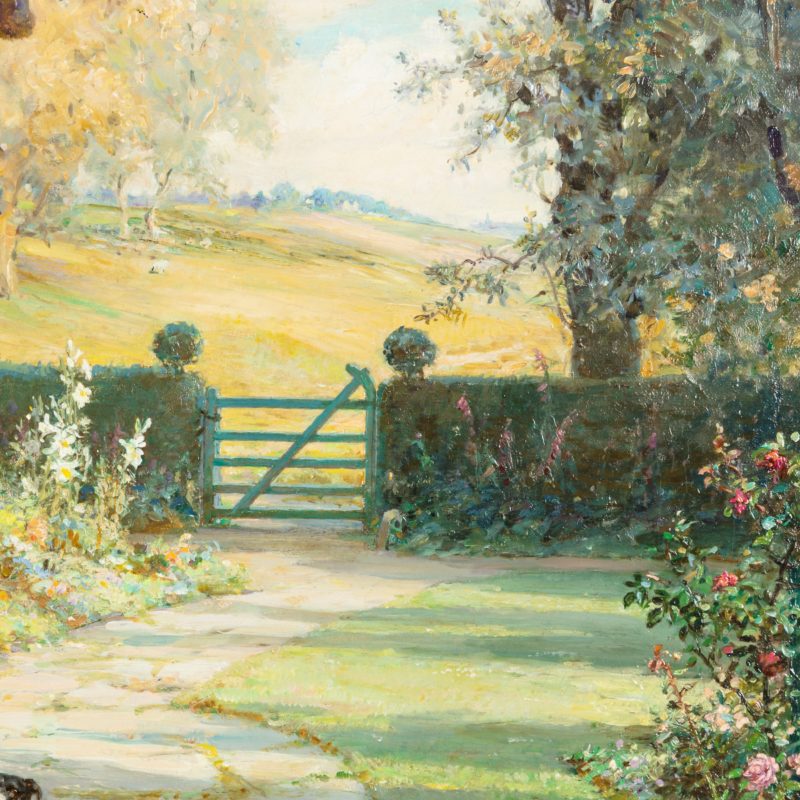 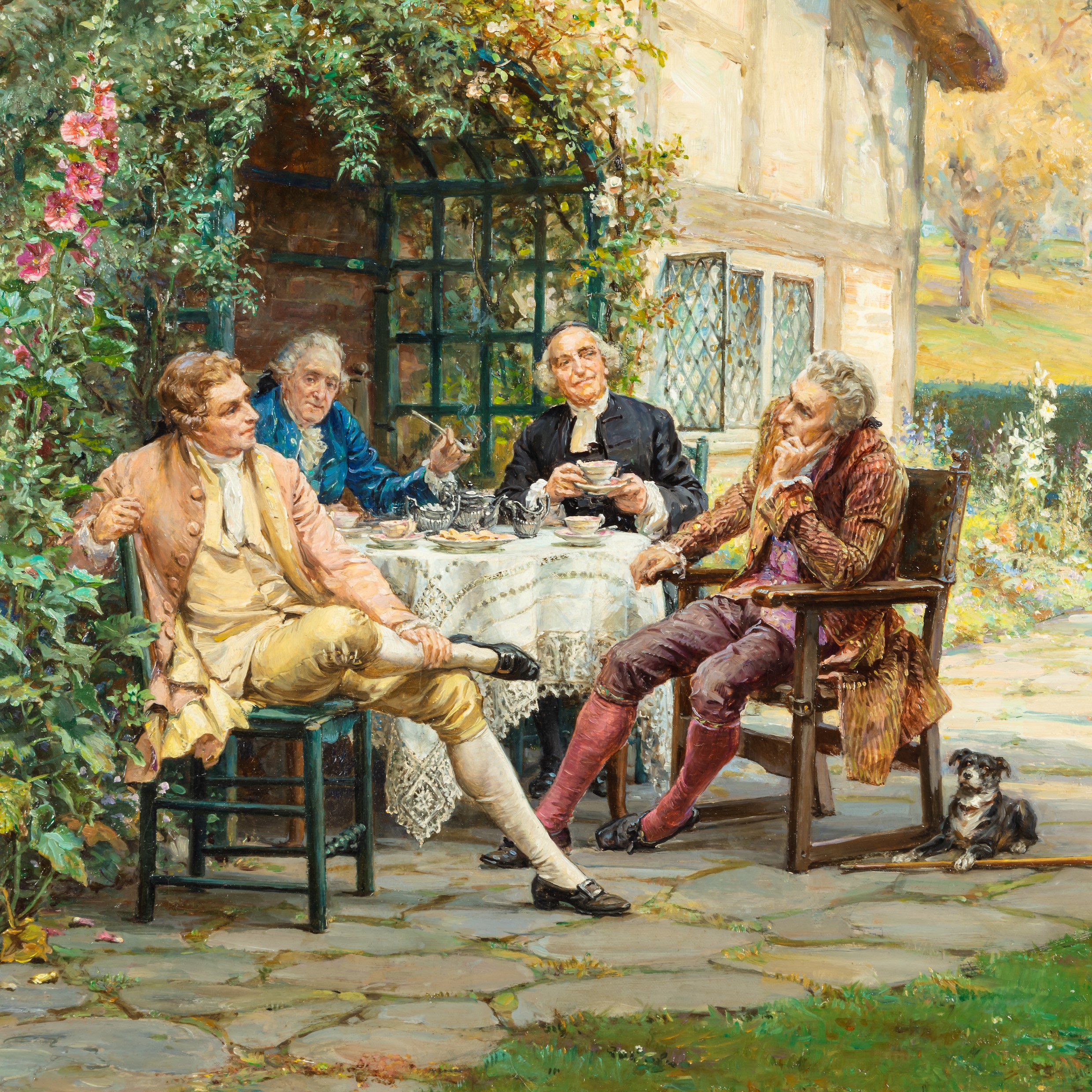 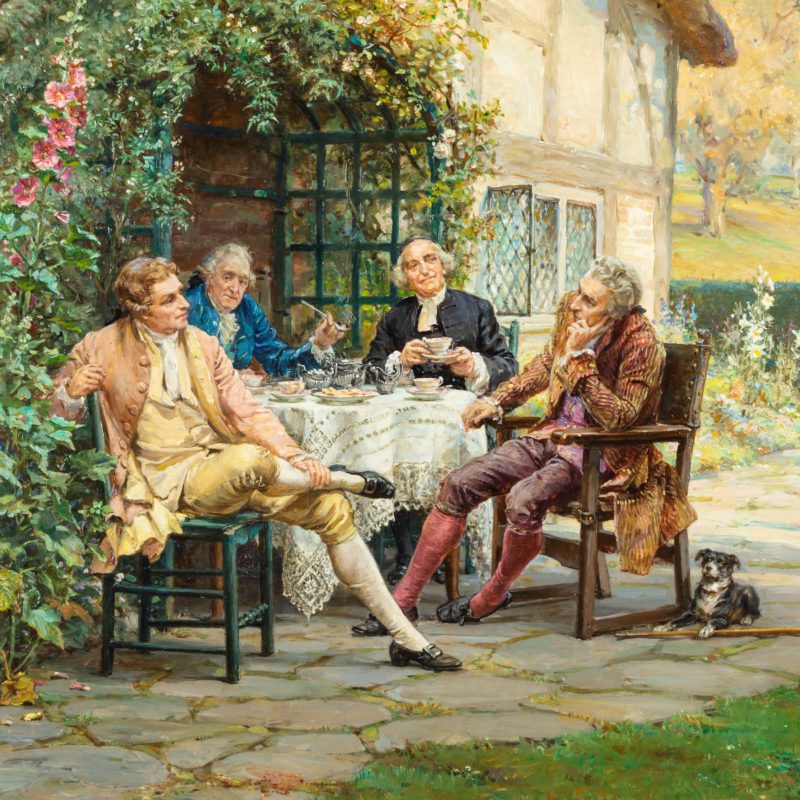 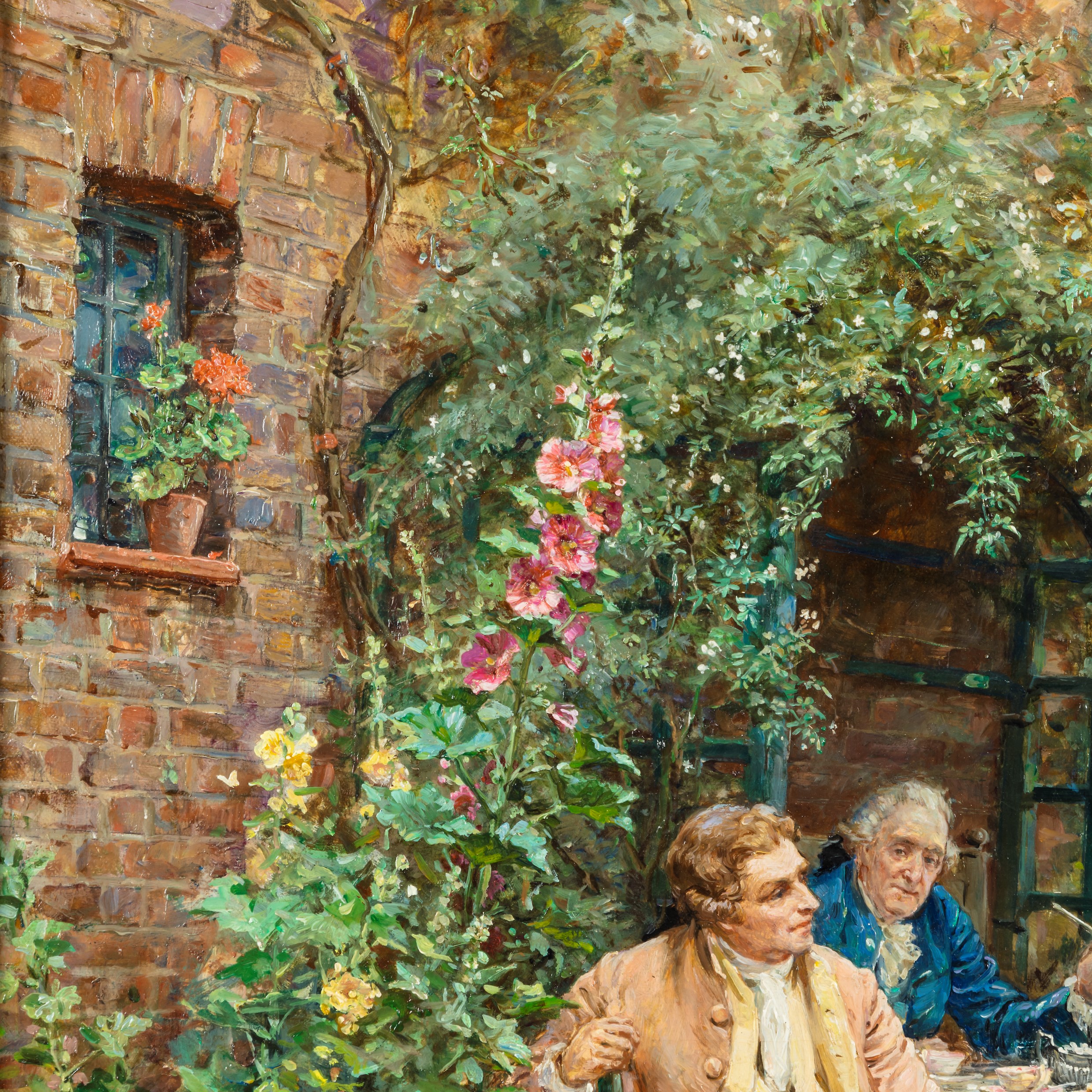 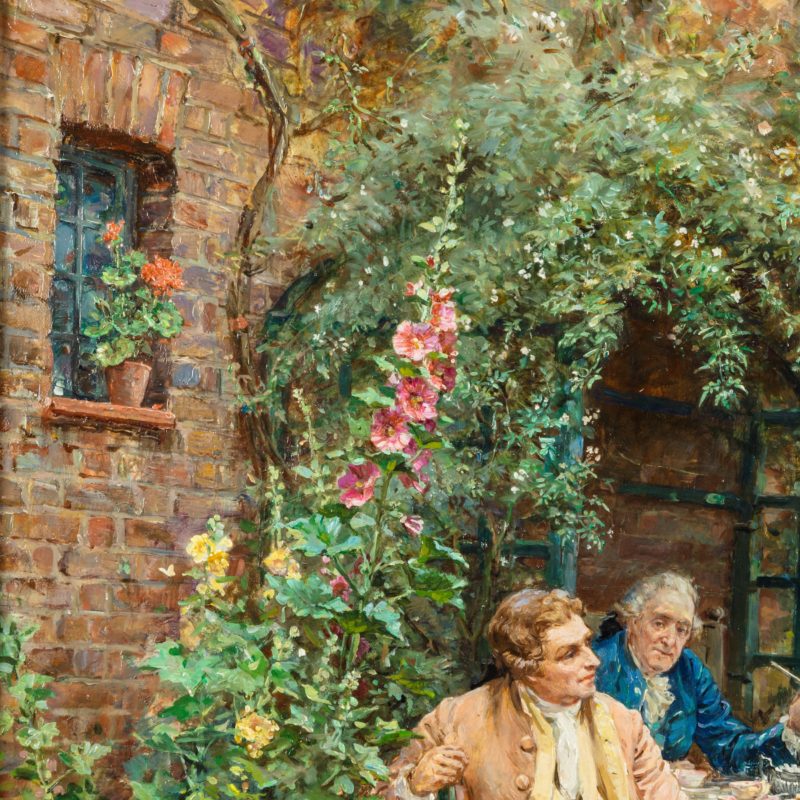 ‘Tea at the Vicarage’ by Margaret Dovaston, dated 1952

Margaret Isabel Dovaston (1884 – 1954) was a British artist who became particularly well known for her historical genre scenes, often depicting groups in Georgian costume.  In the course of her education, she was taught by Thomas William Cole at the Ealing School of Art and Arthur Stockdale Cope at the South Kensington School of Art.  Her crowning achievement was winning a five-year scholarship the to the Royal Academy Schools (1903-1908) where she won many medals.   She exhibited at the Royal Academy (1908 and 1910) and  helped set up The Ealing Art Guild (1911).