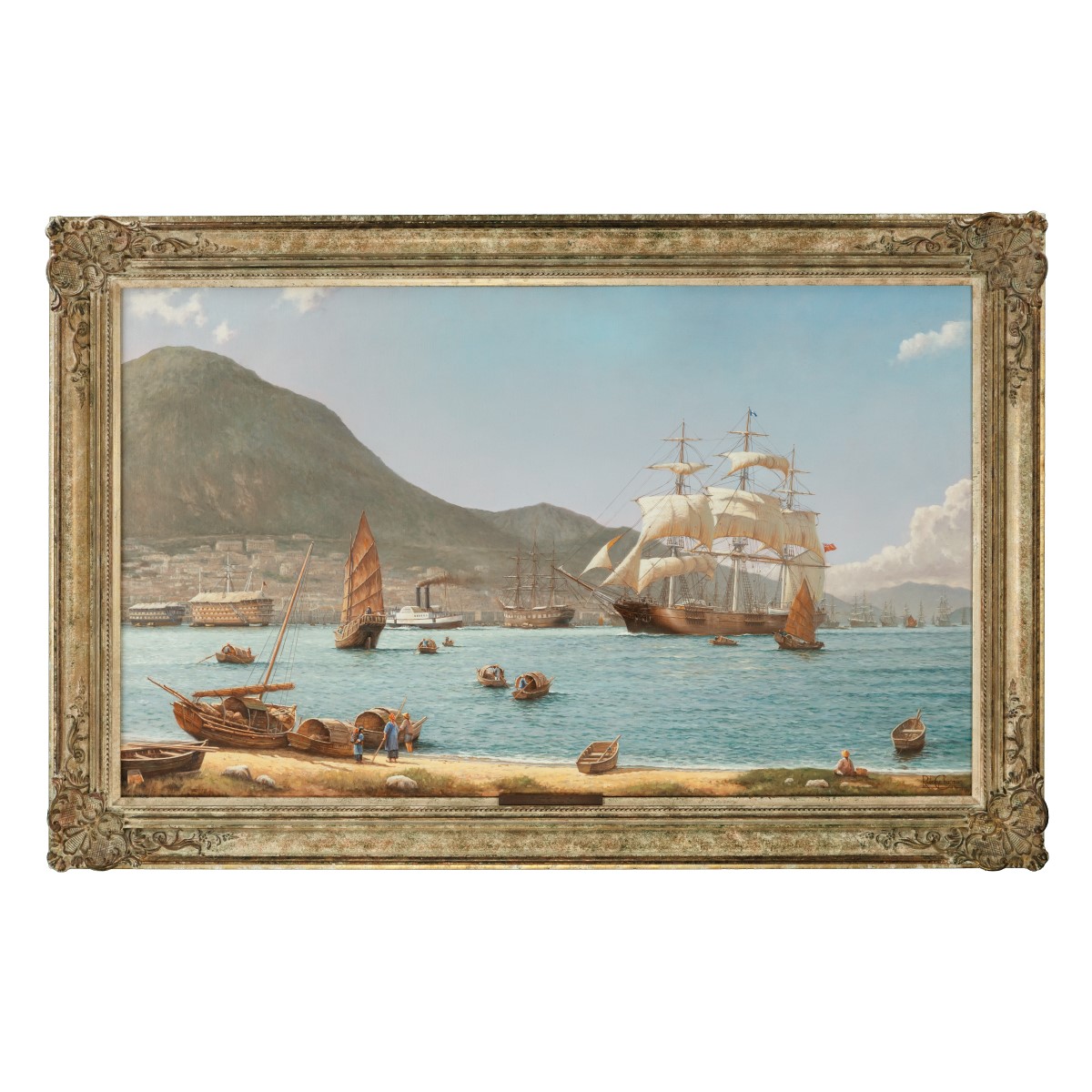 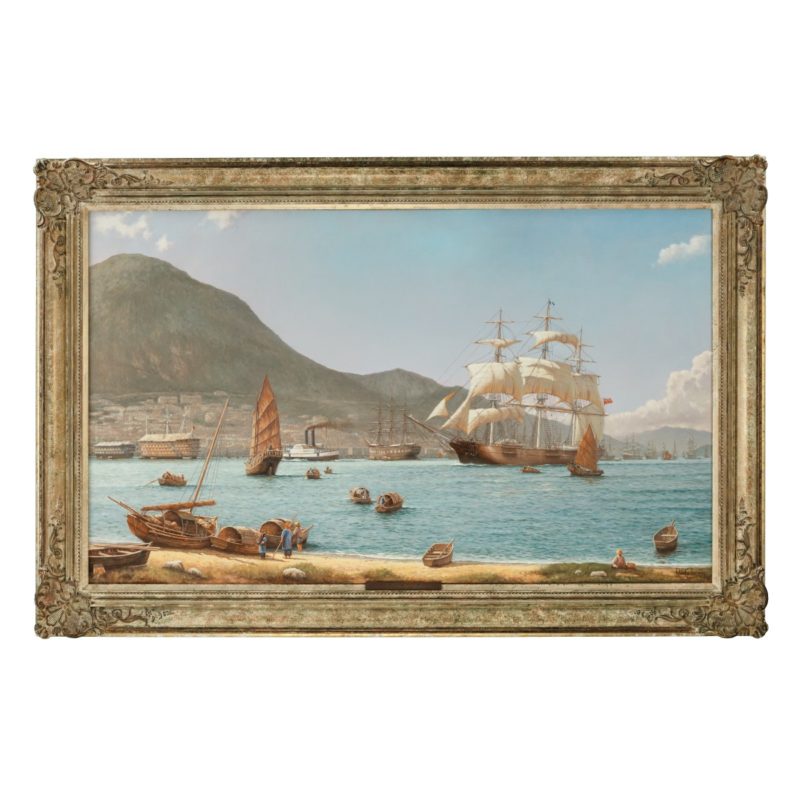 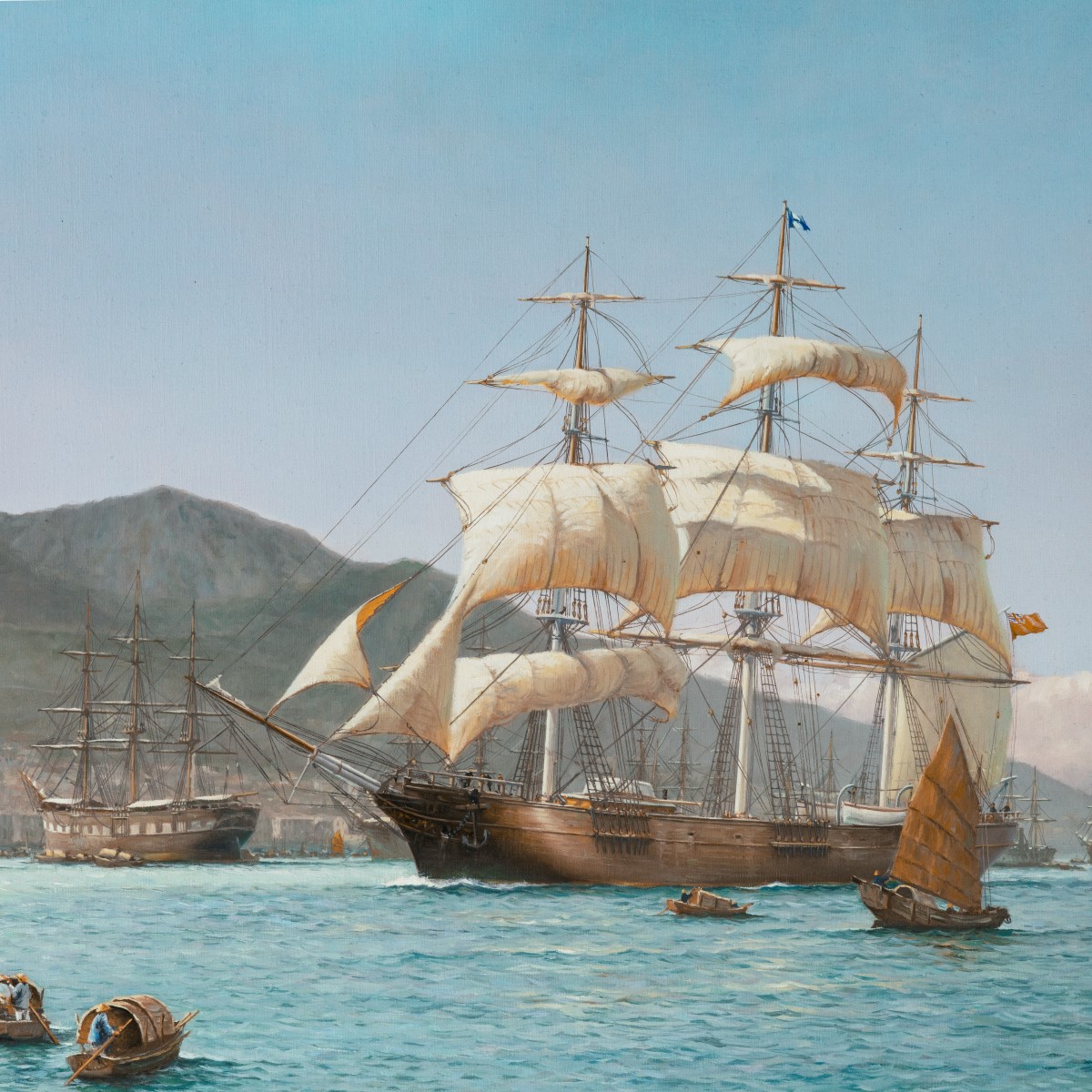 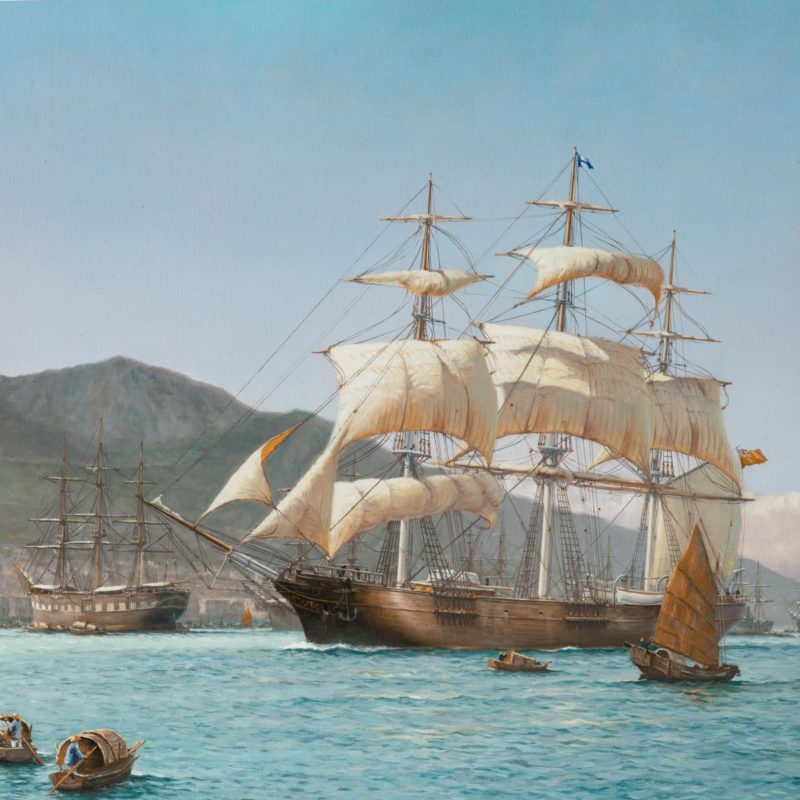 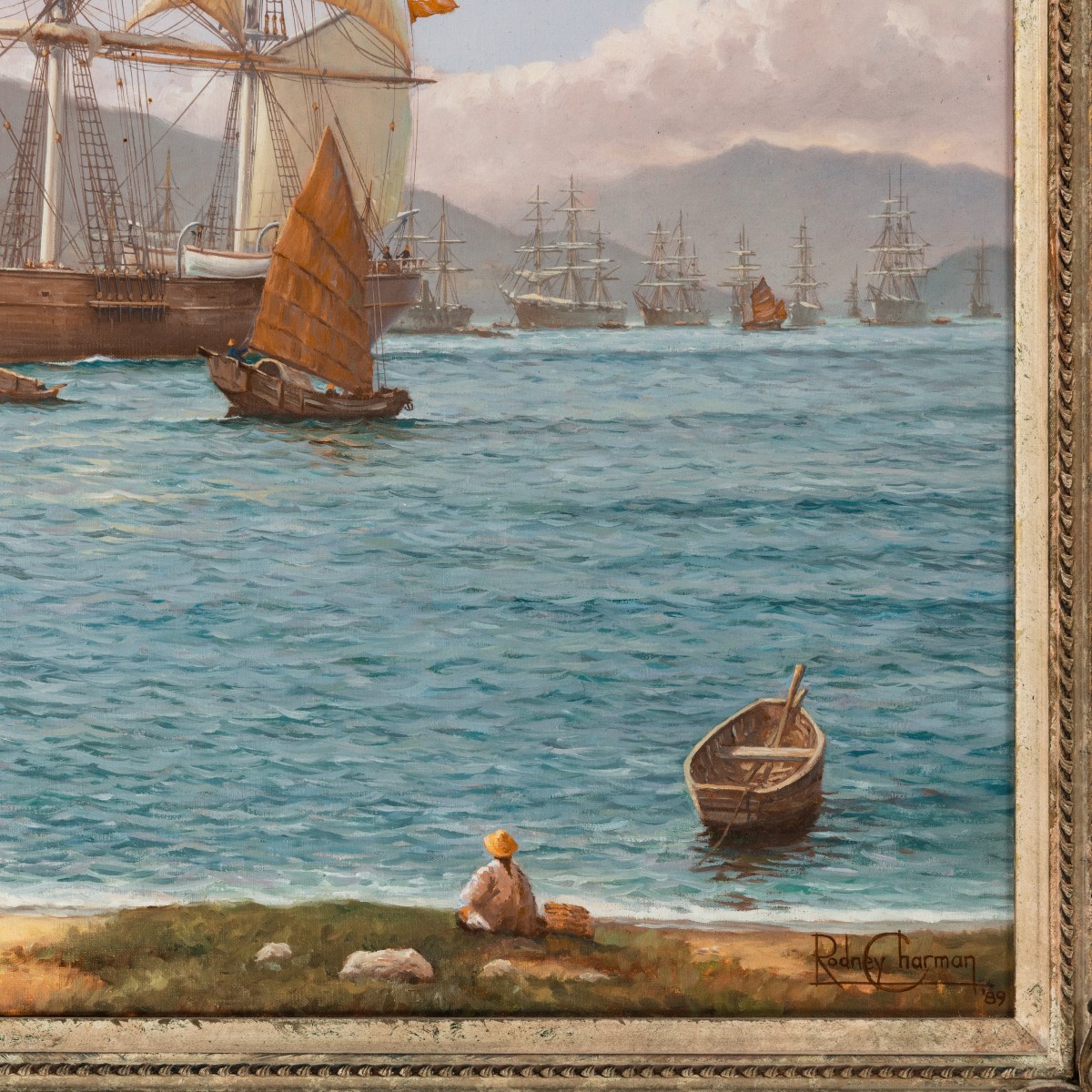 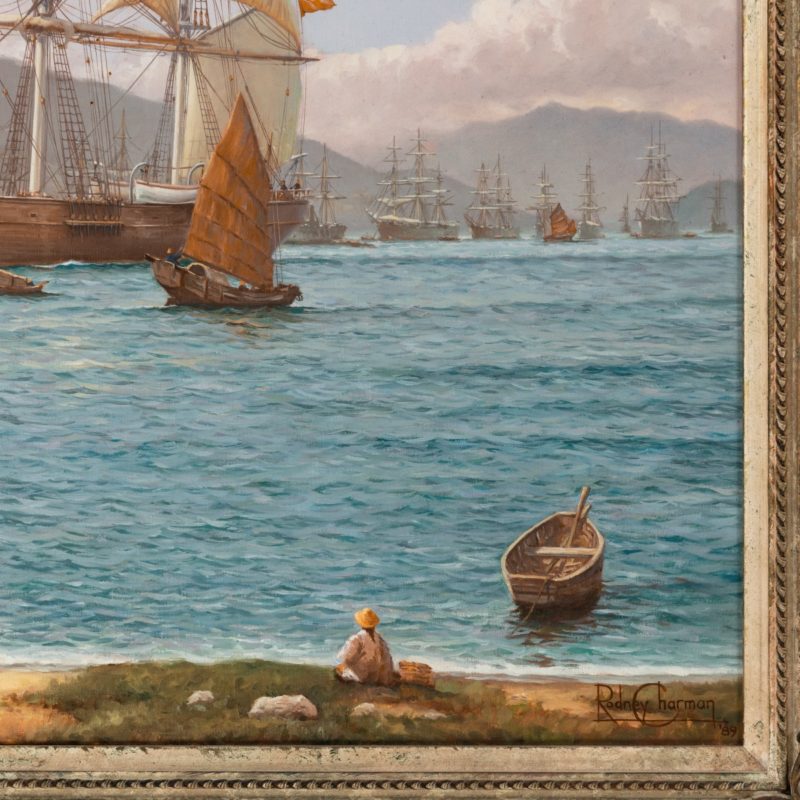 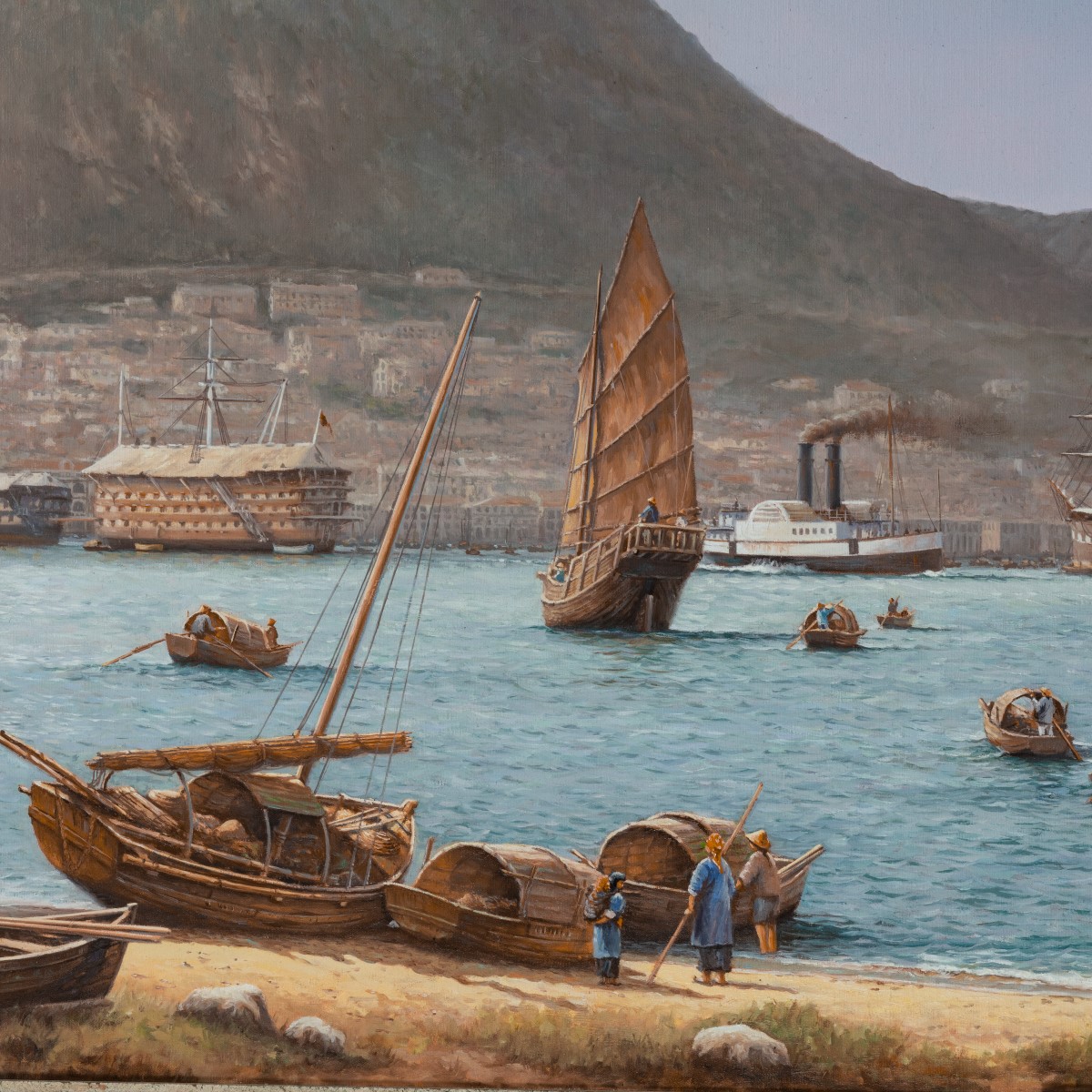 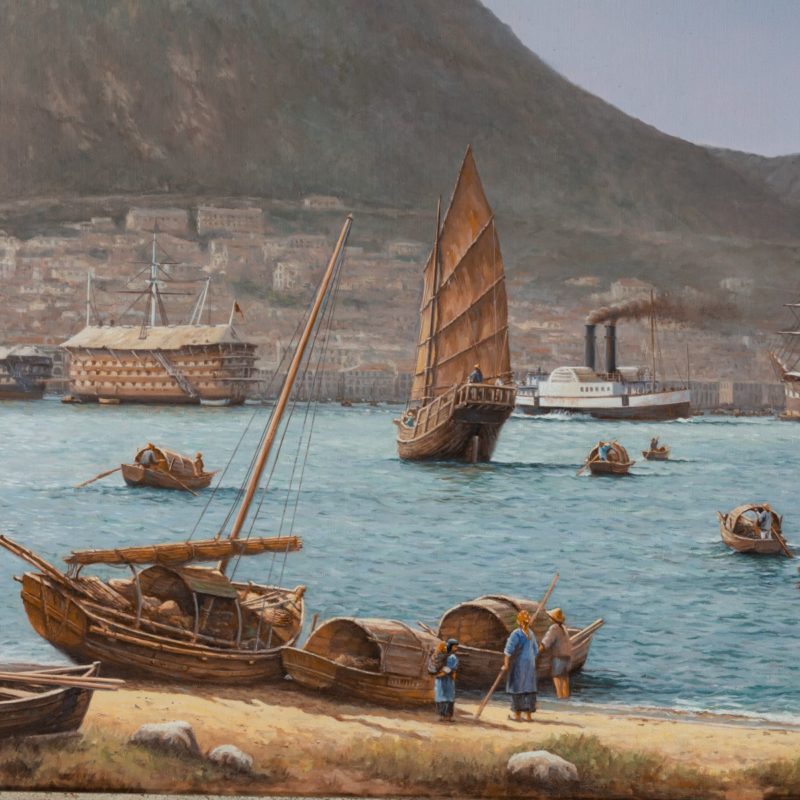 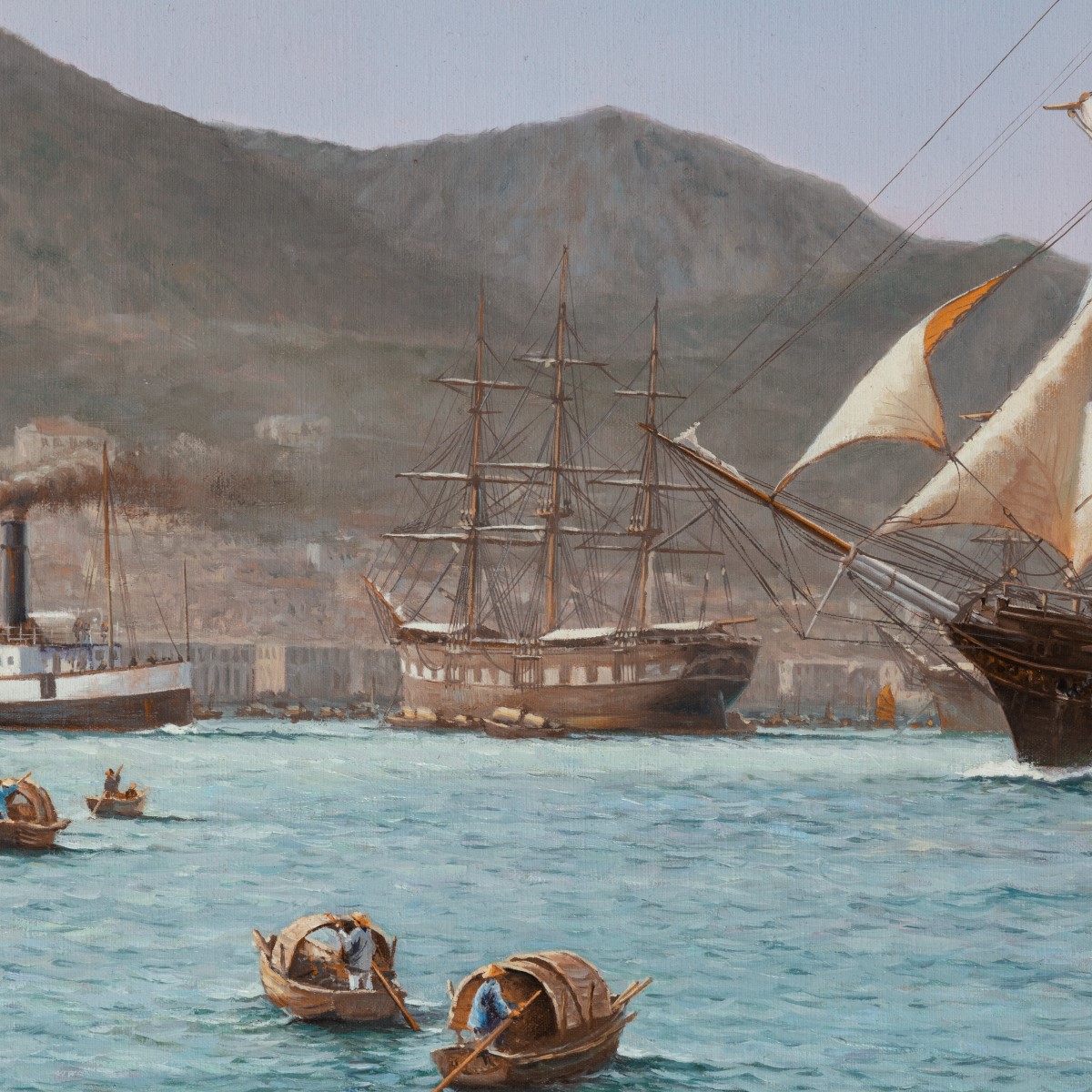 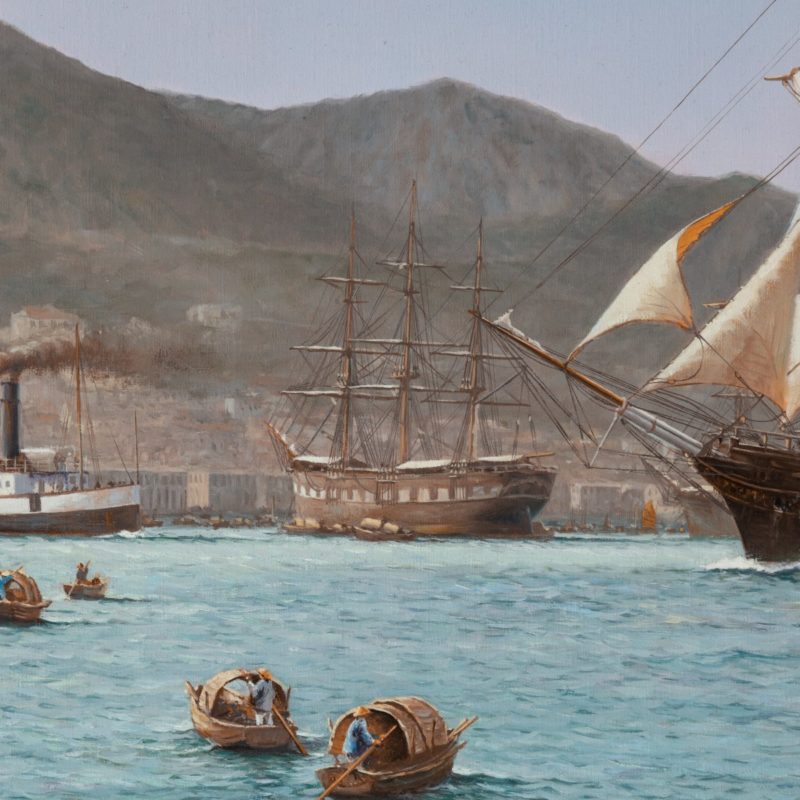 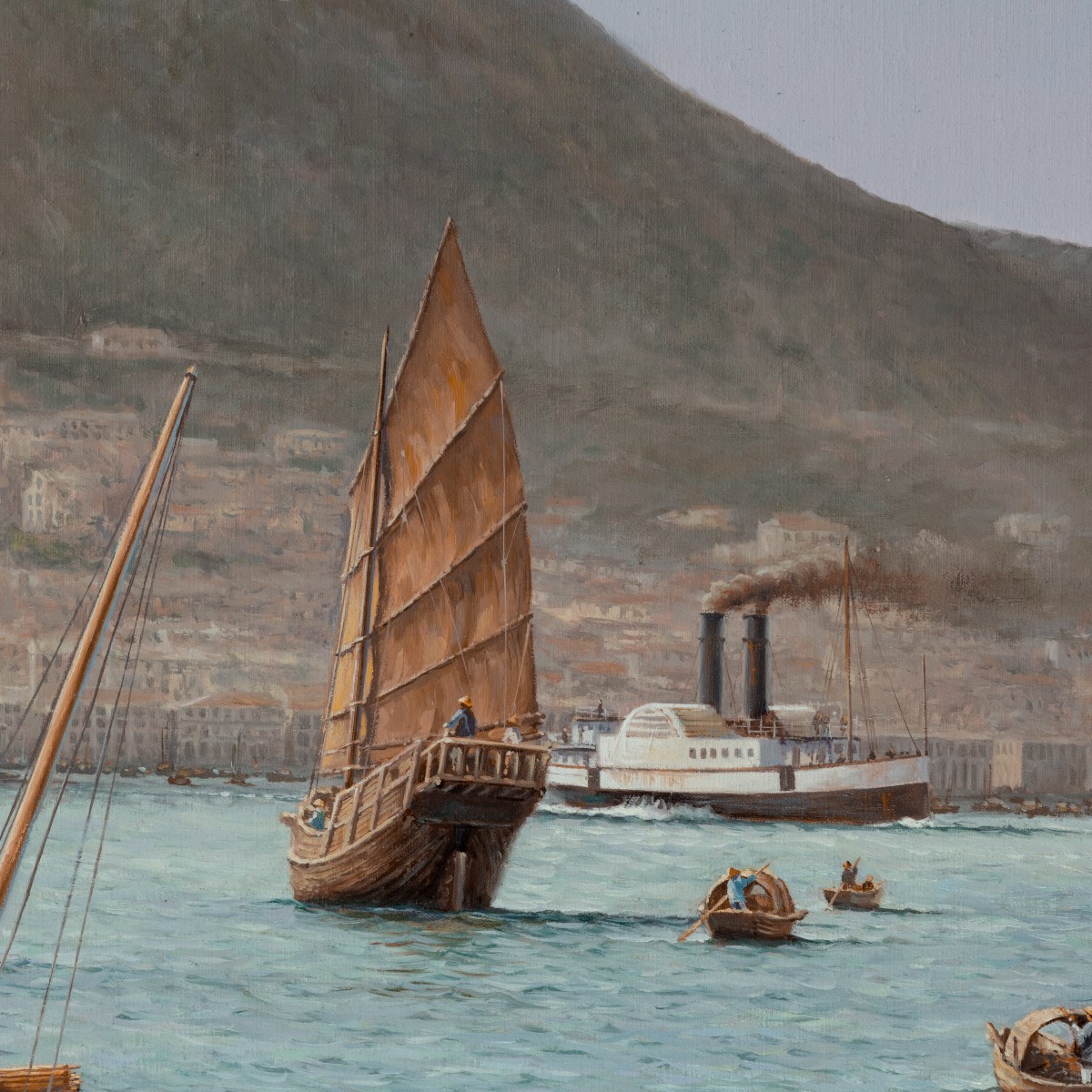 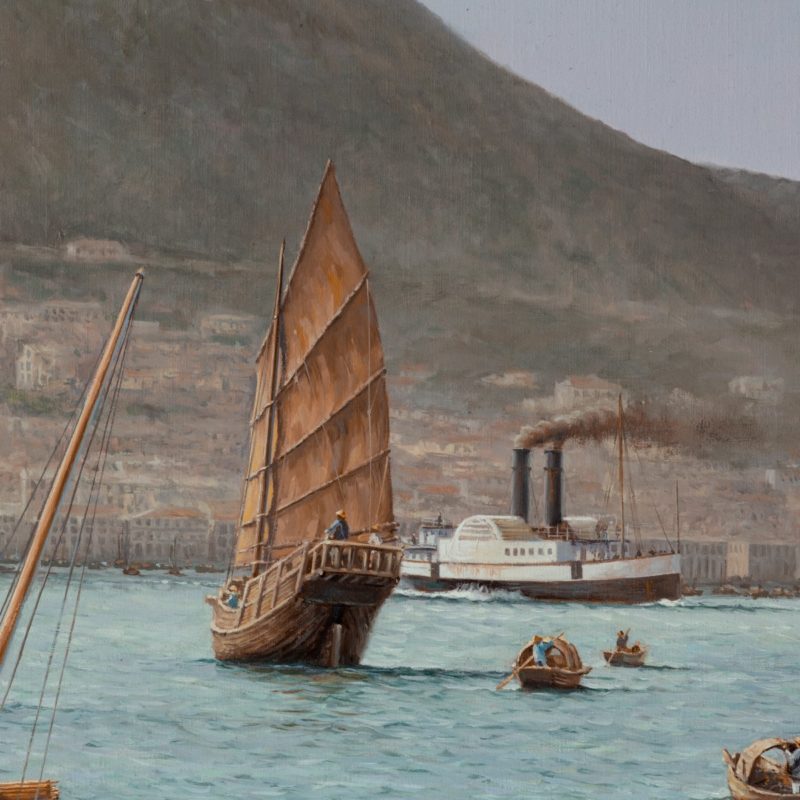 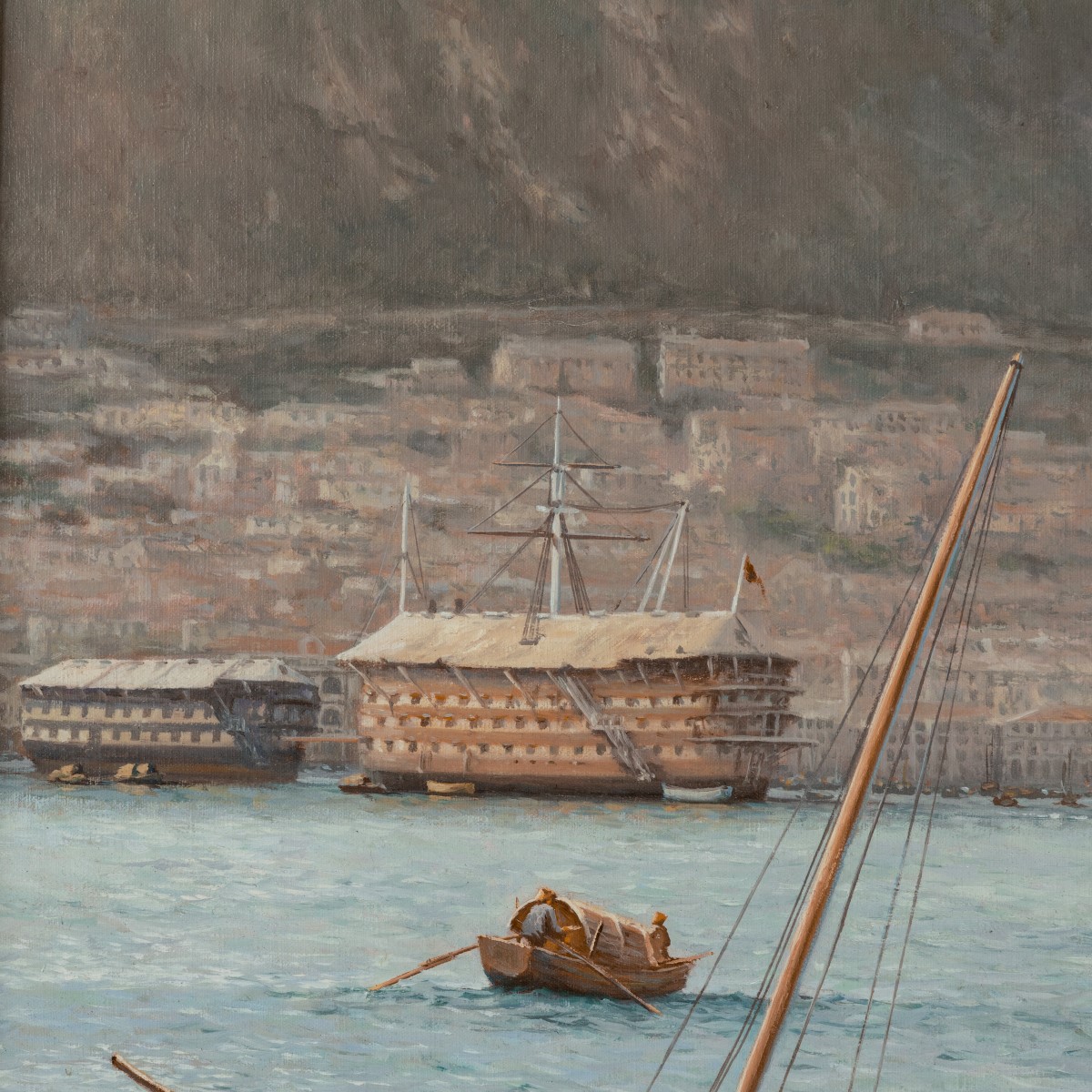 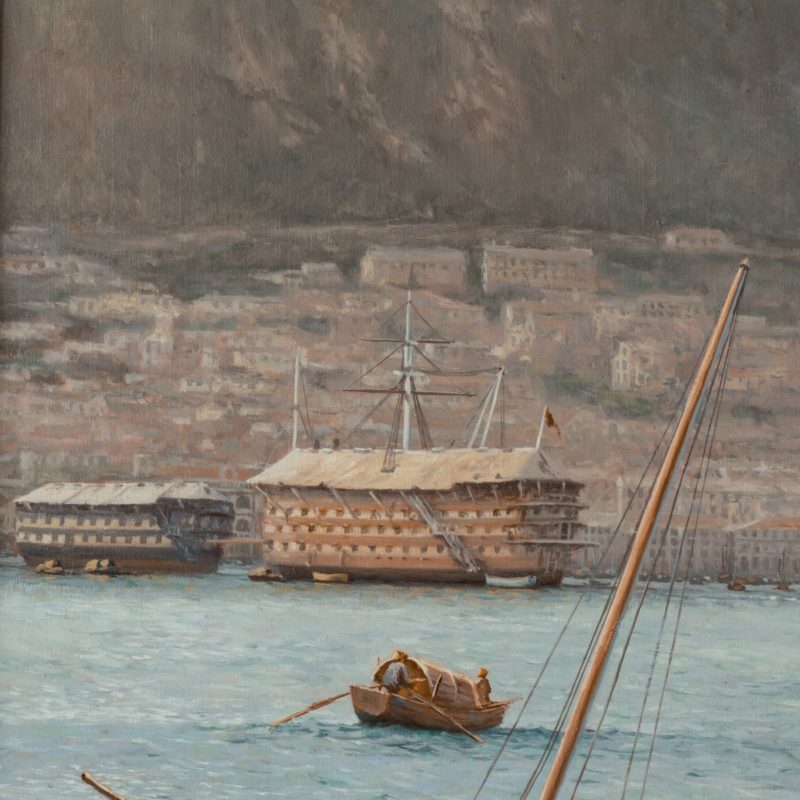 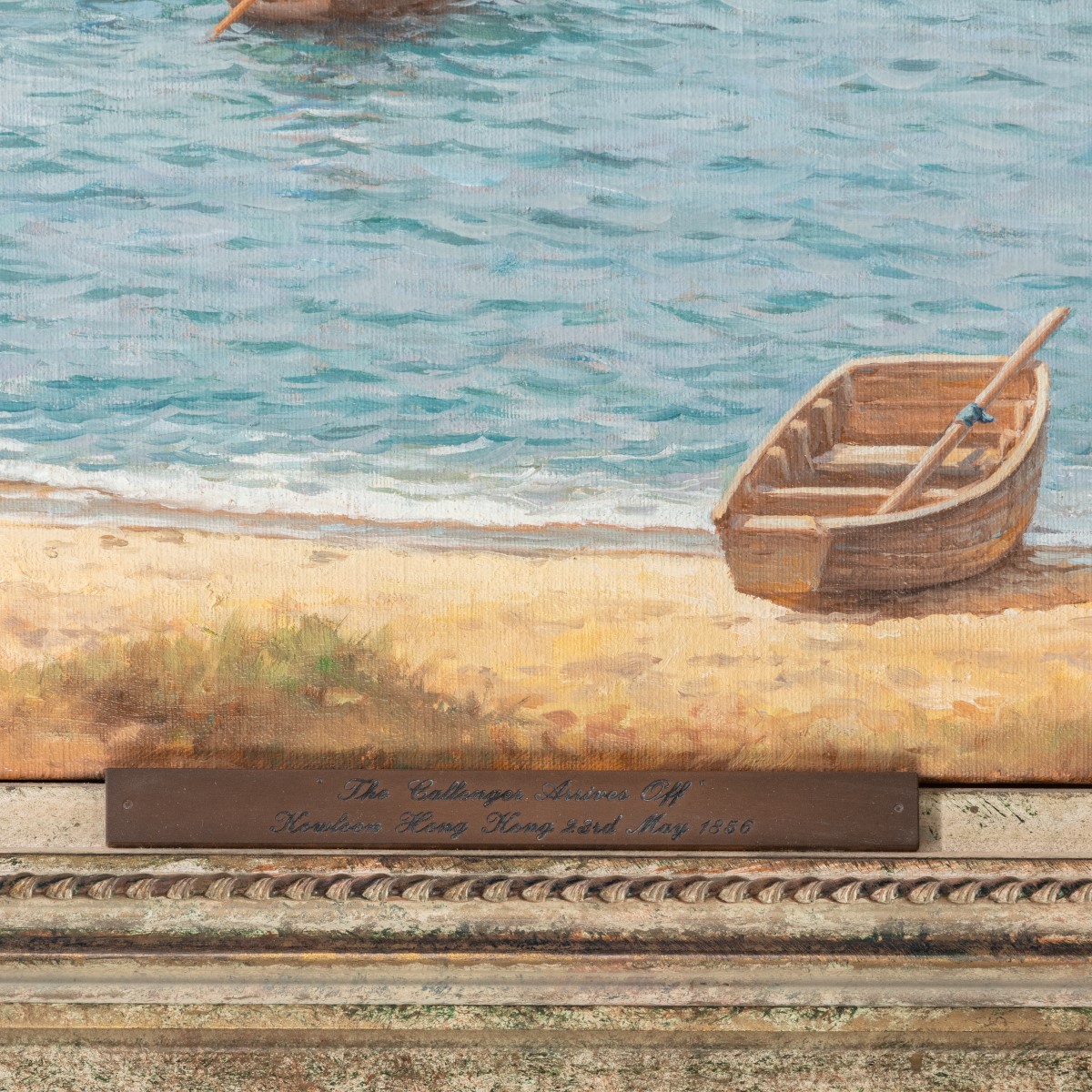 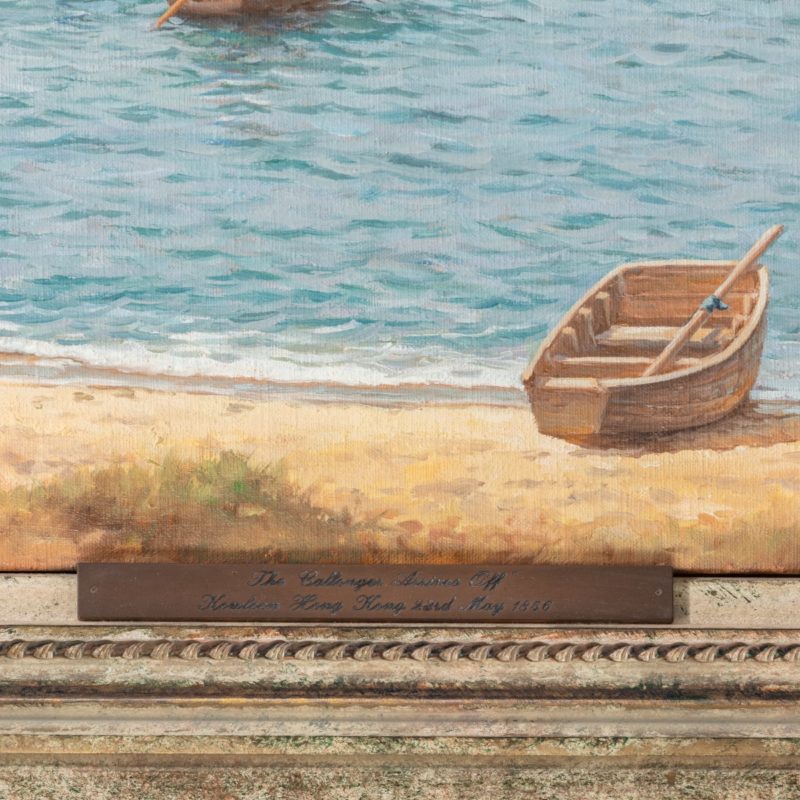 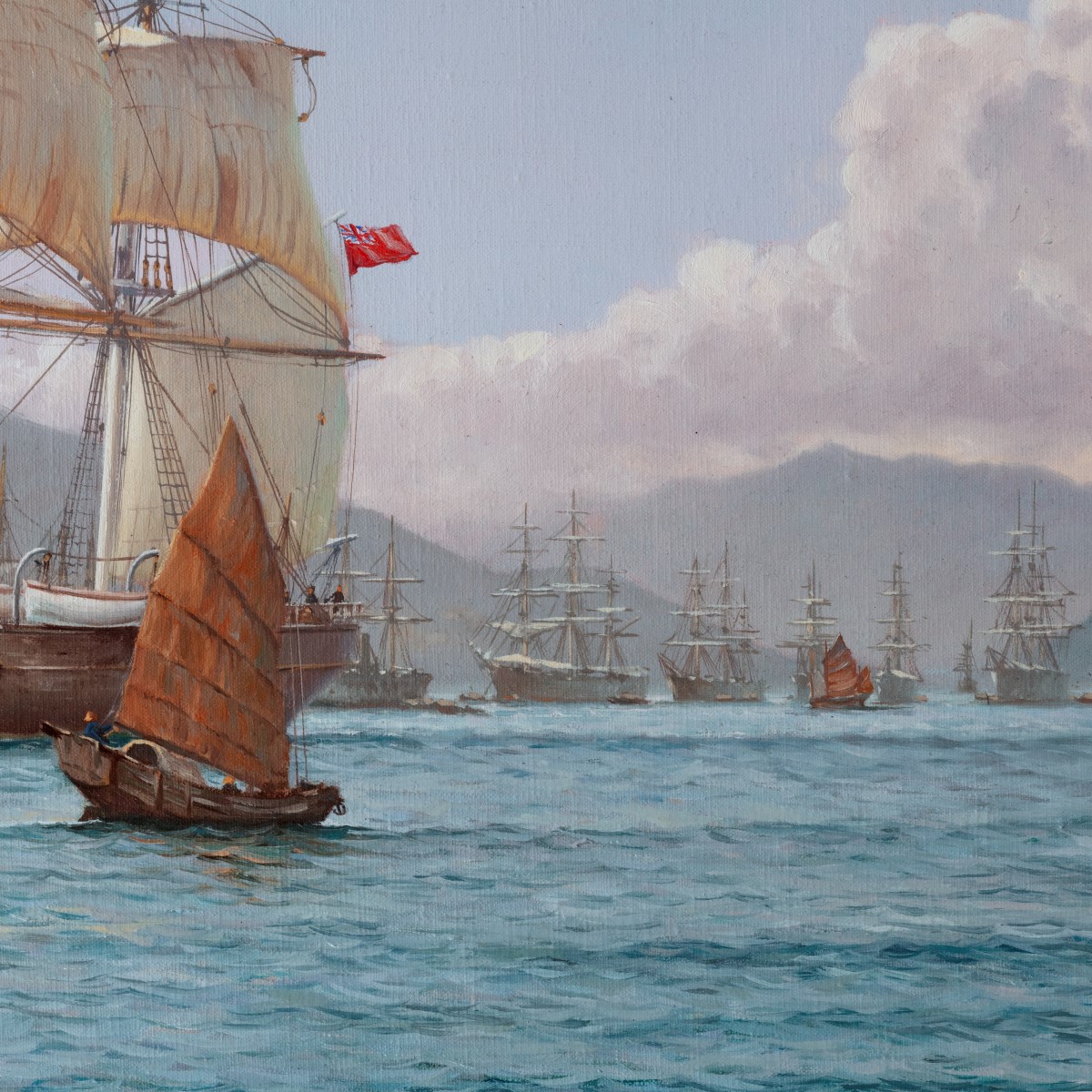 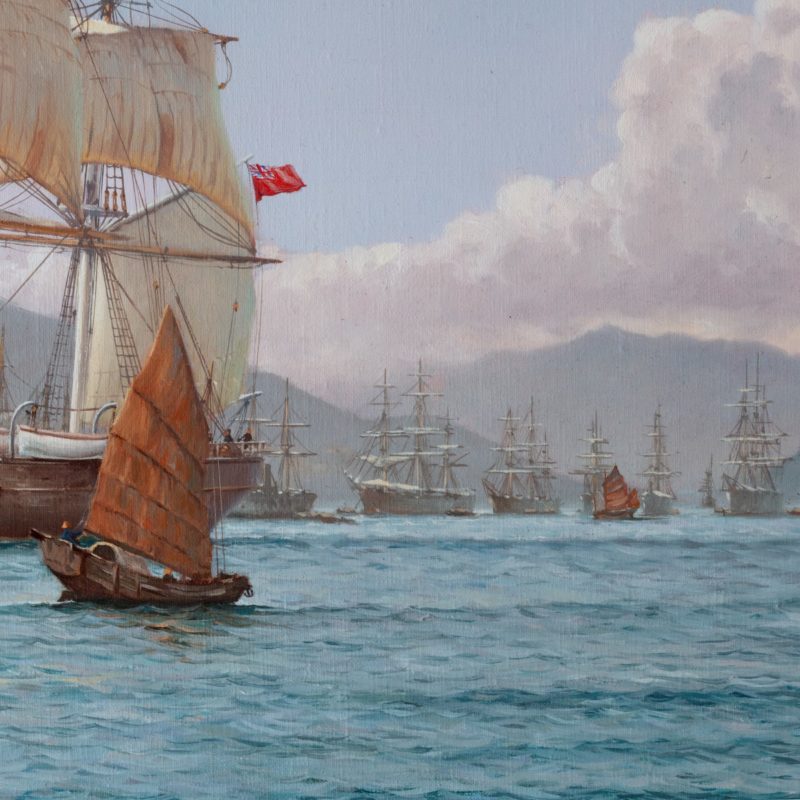 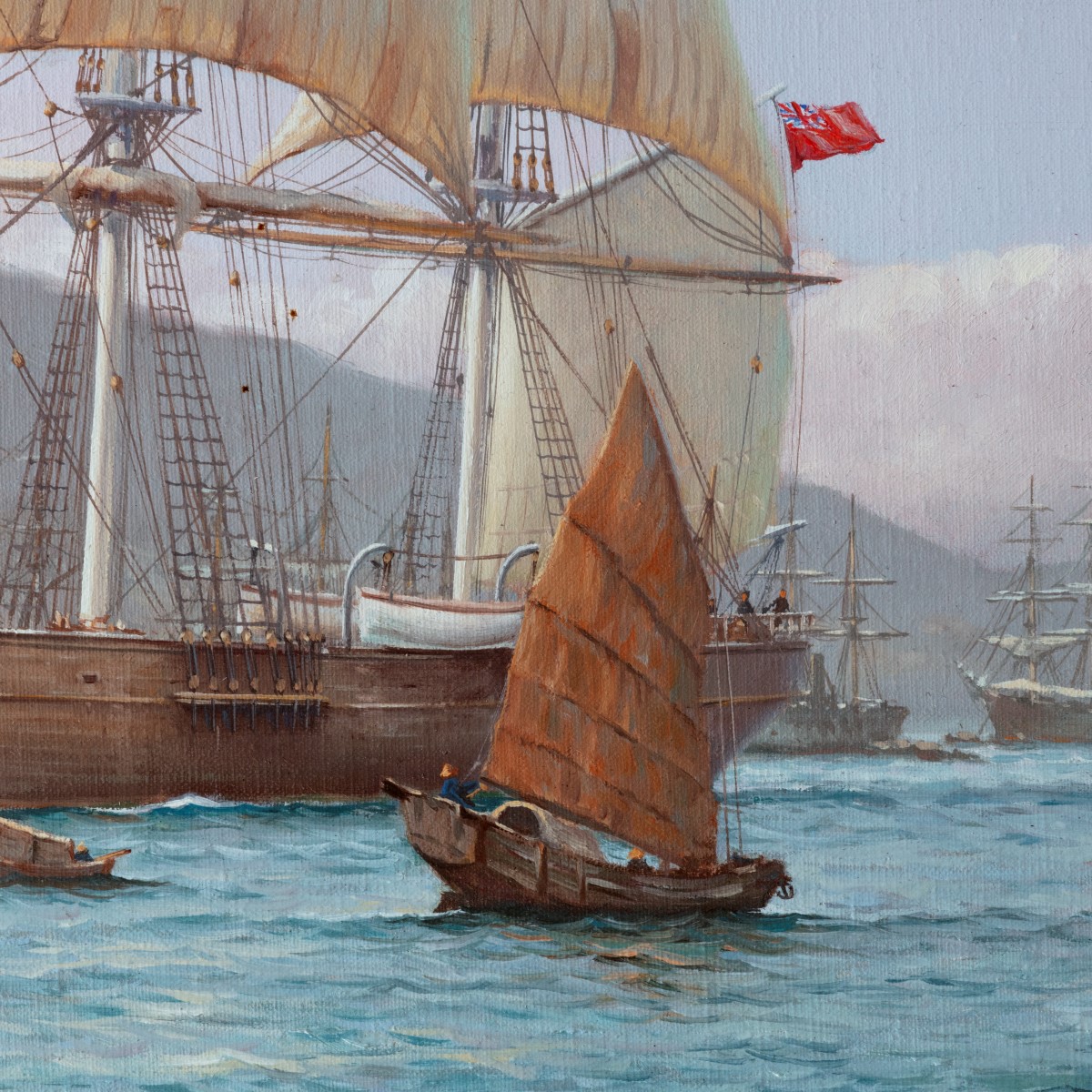 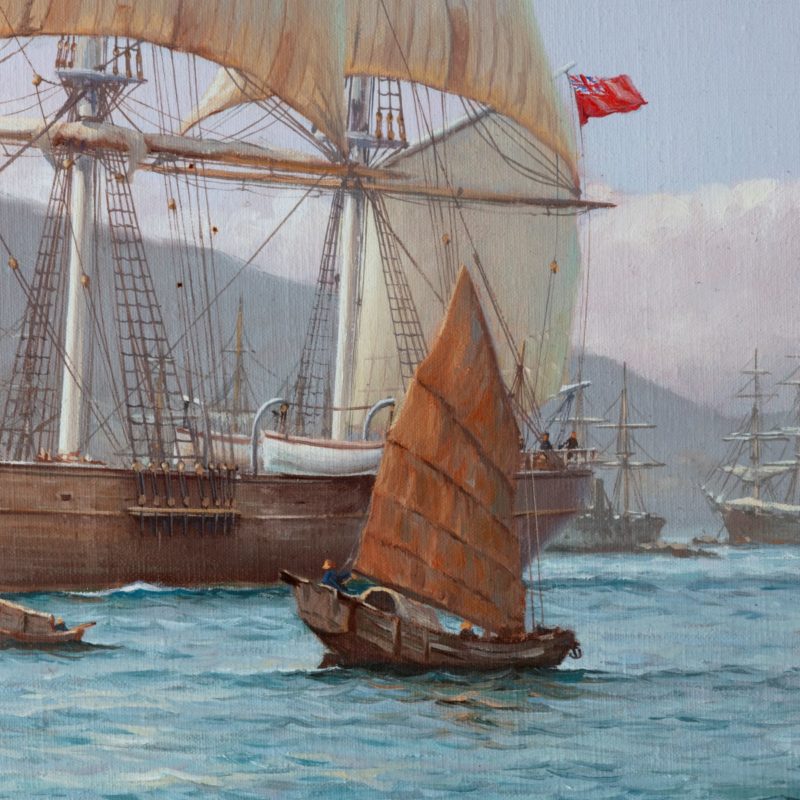 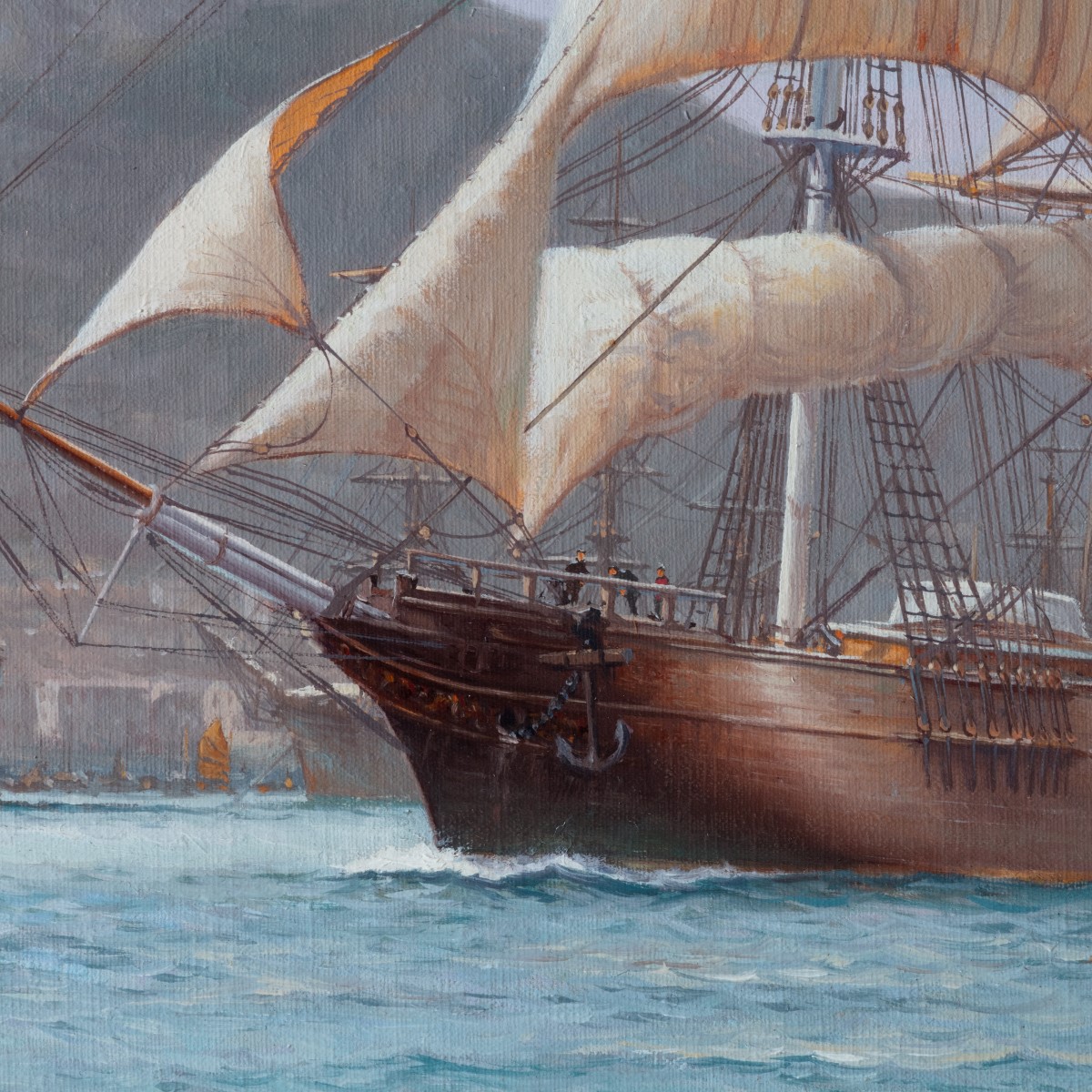 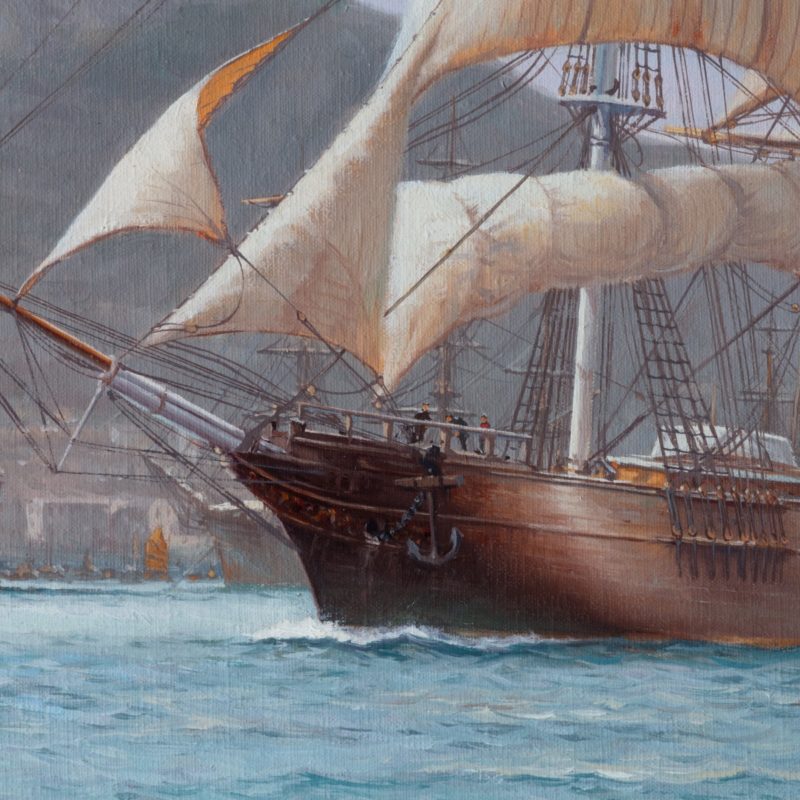 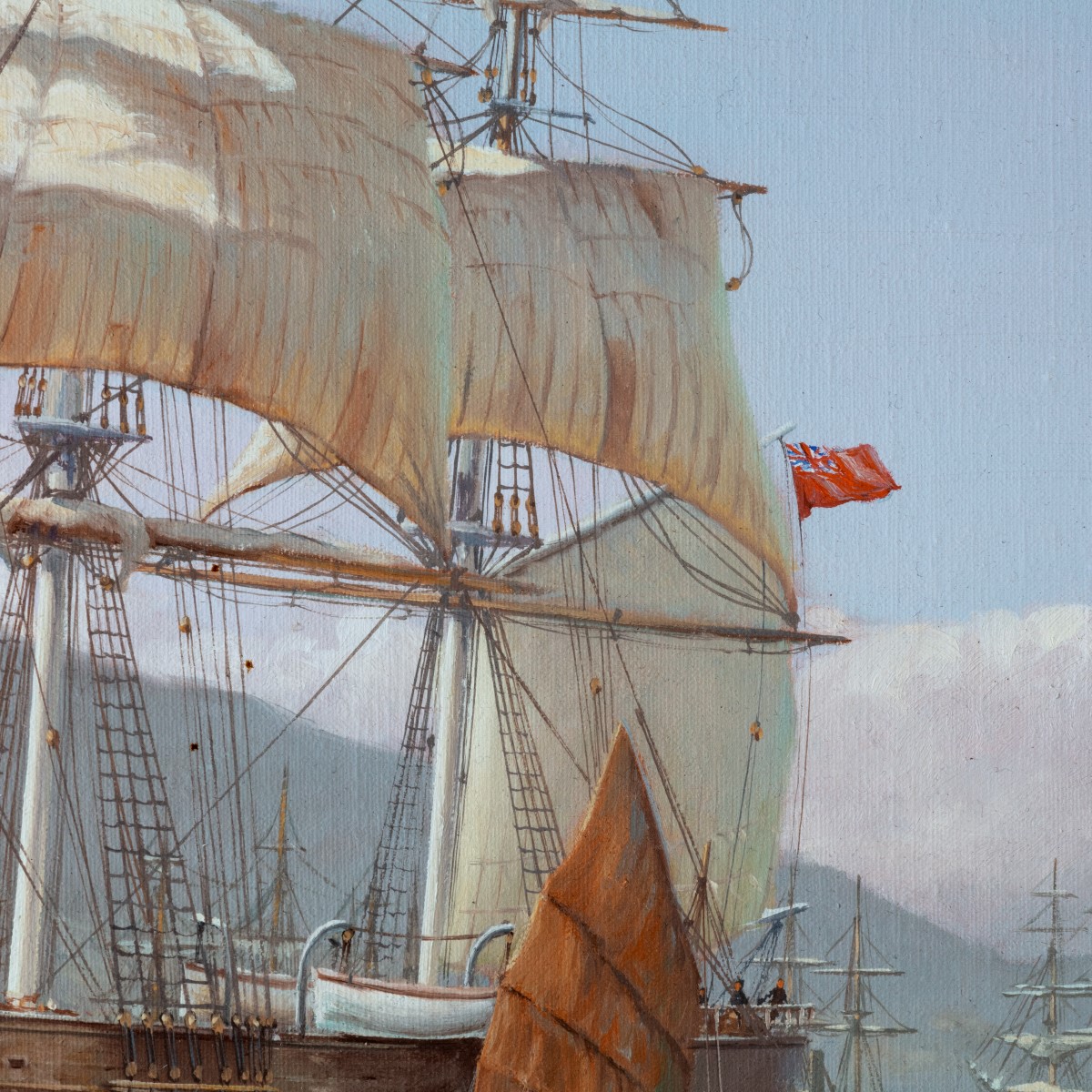 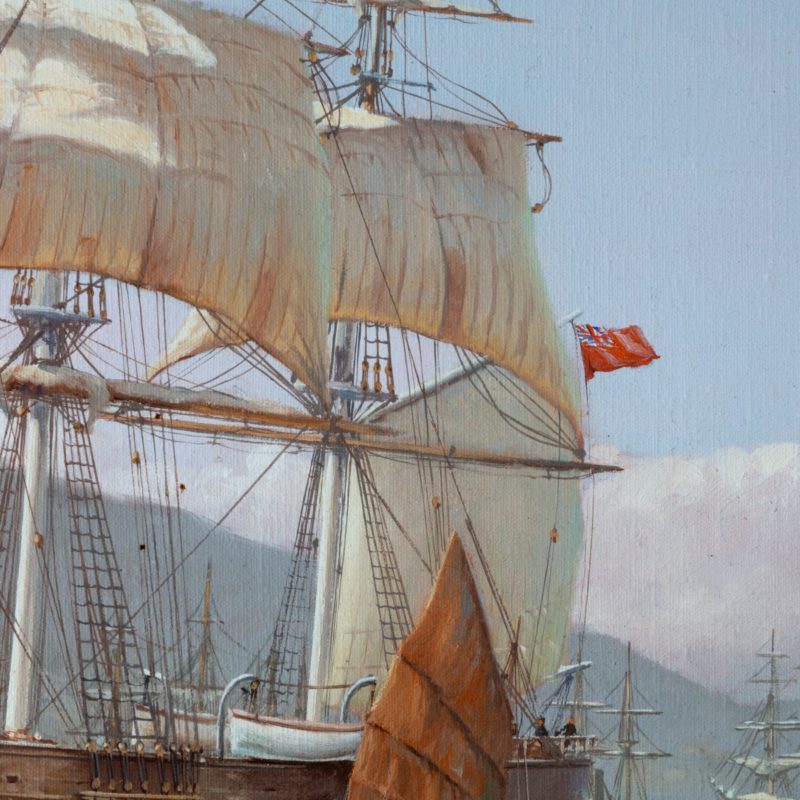 The Challenger Arrives off Kowloon Hong Kong, by Rodney Charman

The Challenger Arrives off Kowloon Hong Kong, 23 May 1856, by Rodney Charman dated 1989, oil on canvas showing a large clipper under sail, junks and sampans, one unloading on a quay in the foreground while numerous other 3-masted ships lie at anchor in the background, the plate on the front stating ‘….’  and the back inscribed with the title.

Rodney Charman is a British painter who specialises in marine art scenes. He first began painting at the age of 21 and his early works depicted scenes featuring horses, before his love of sailing saw him specialise in maritime art. Rodney used to make model ships as a child and studied the plans of seagoing vessels.