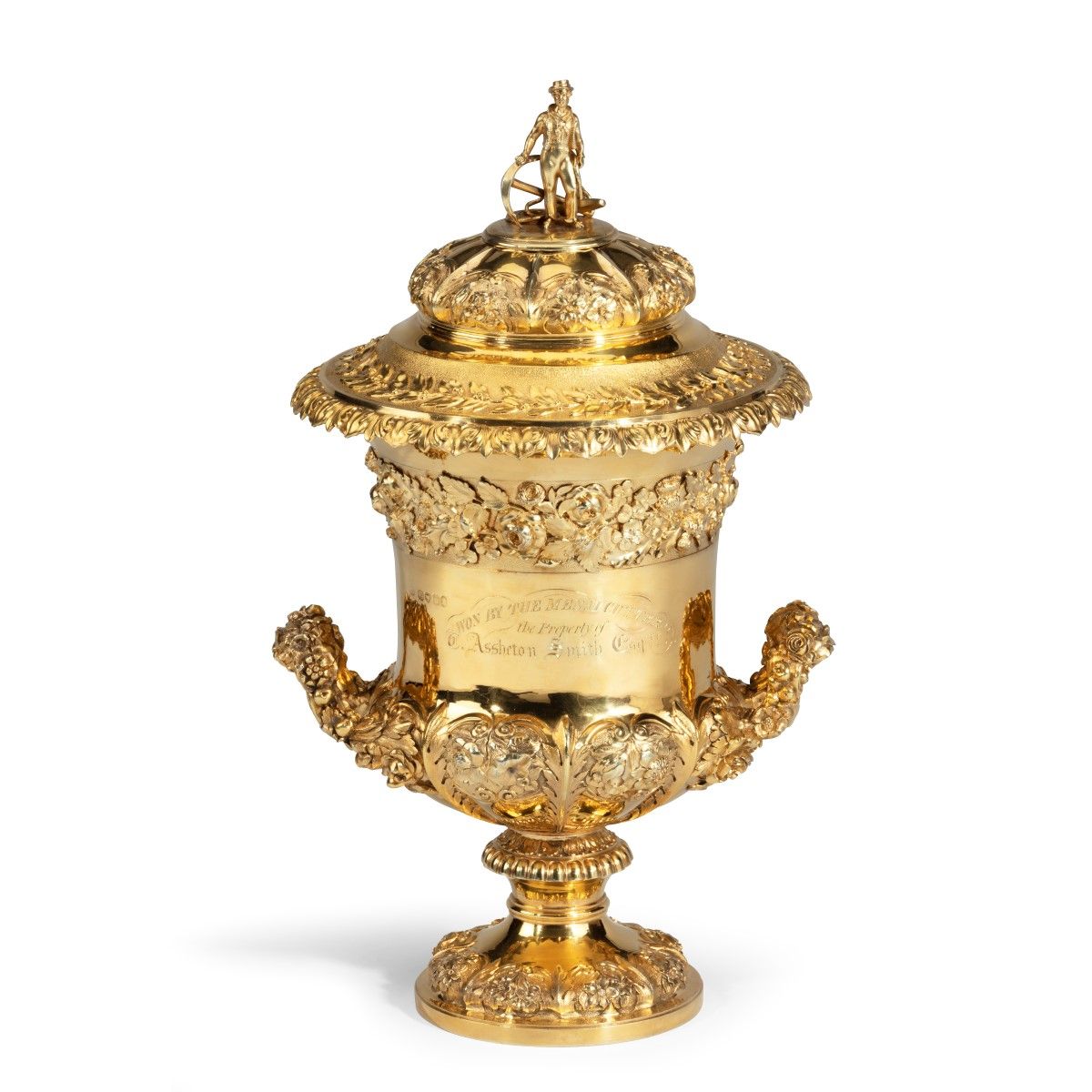 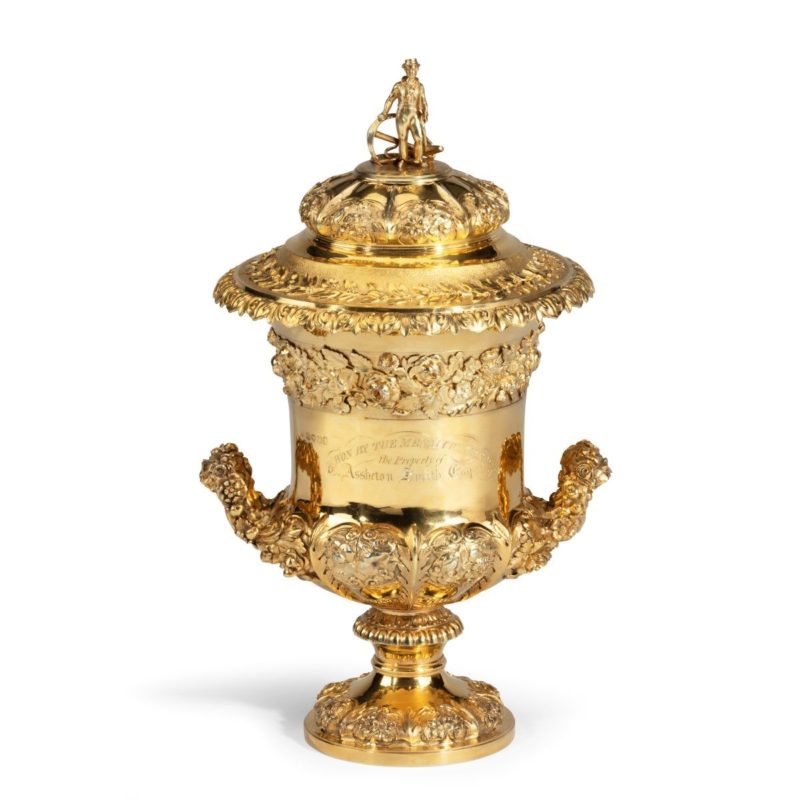 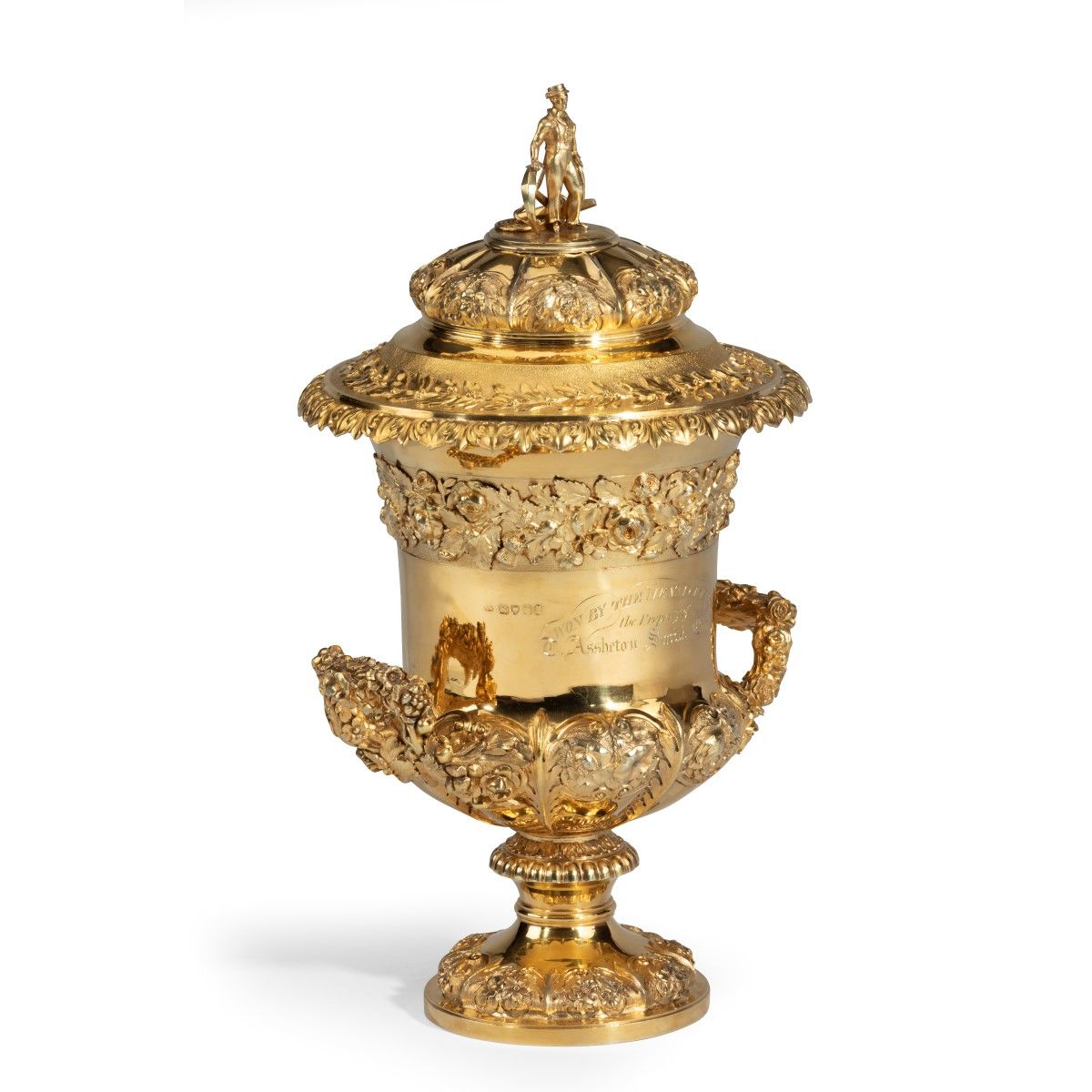 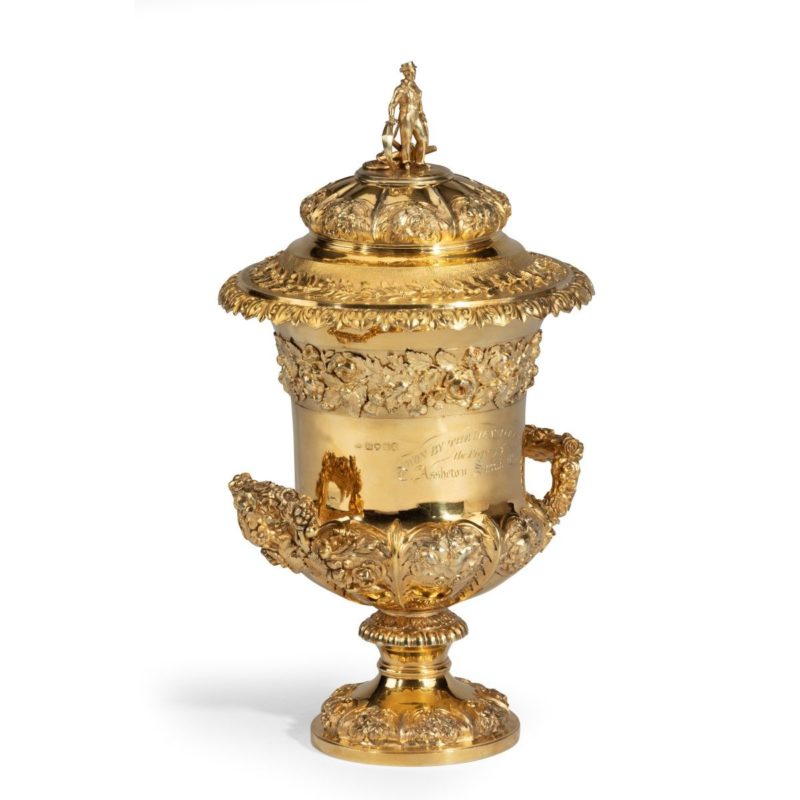 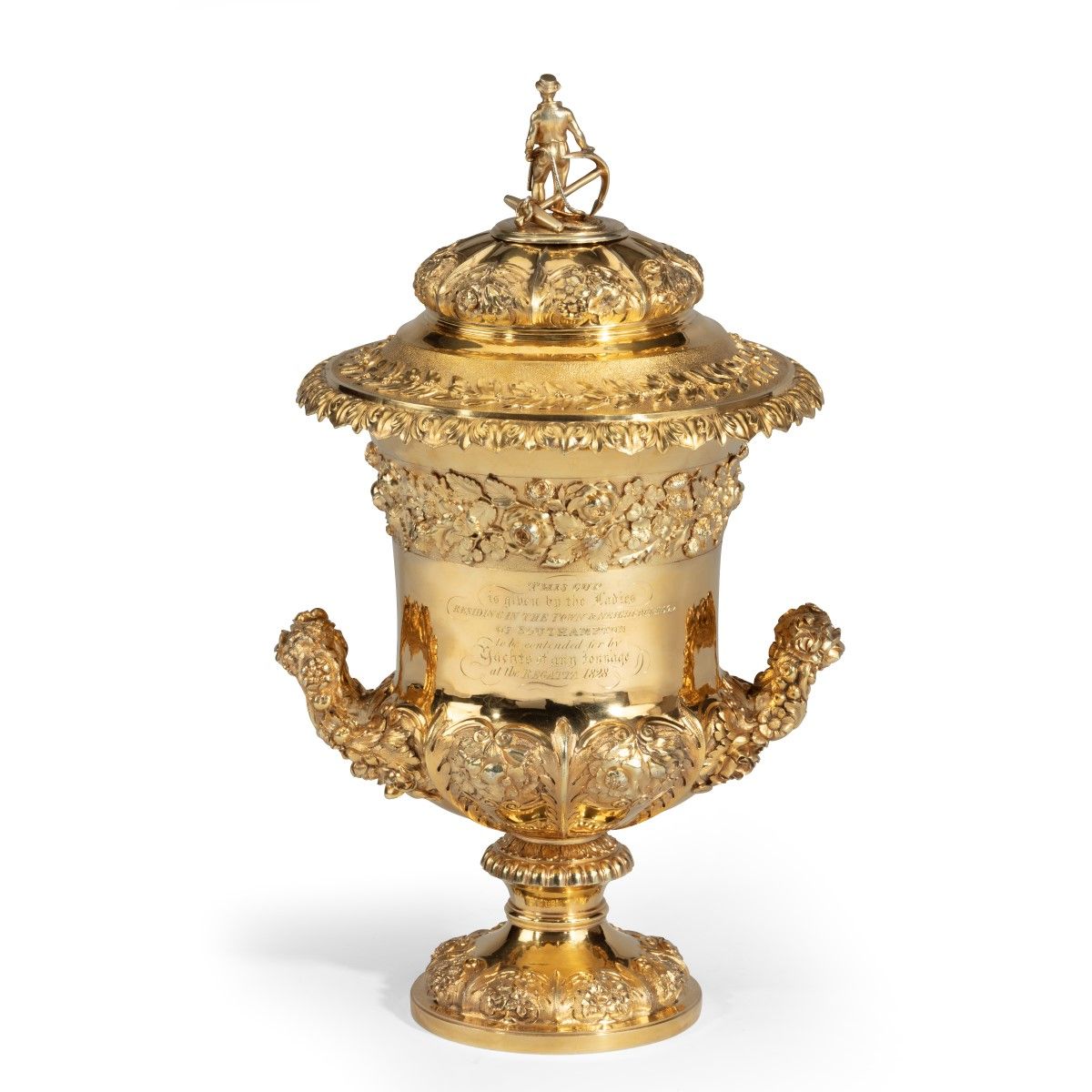 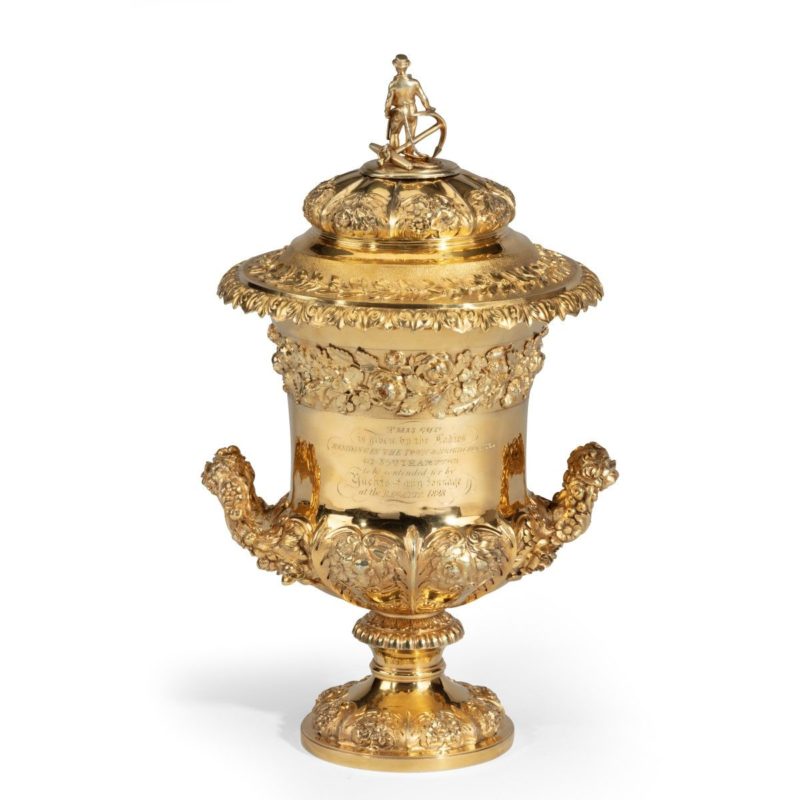 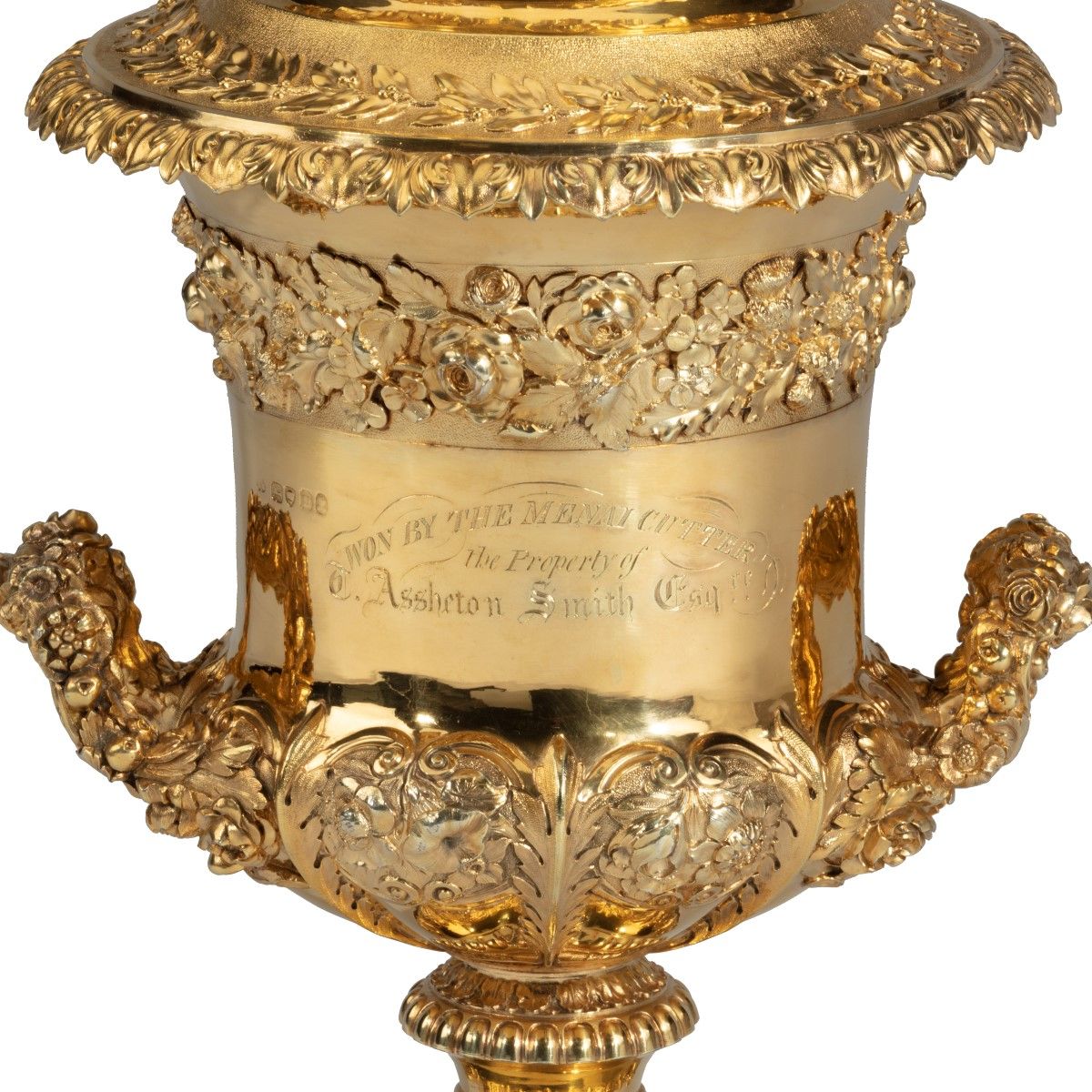 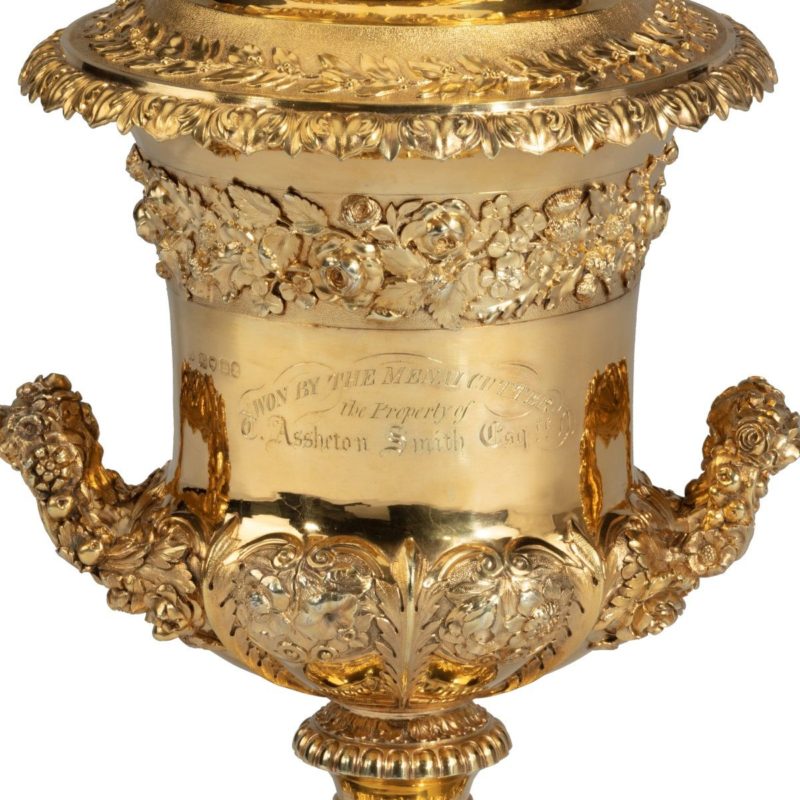 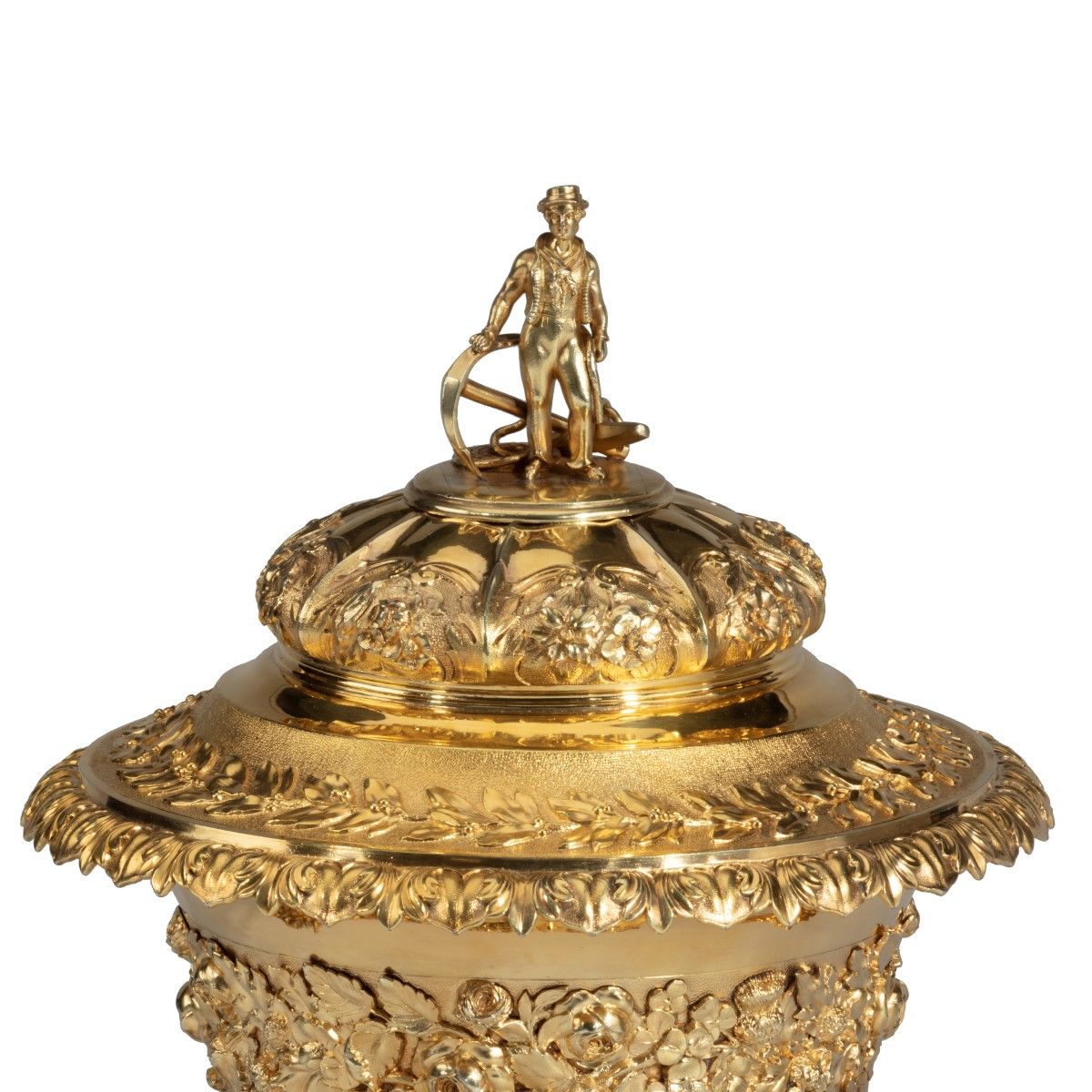 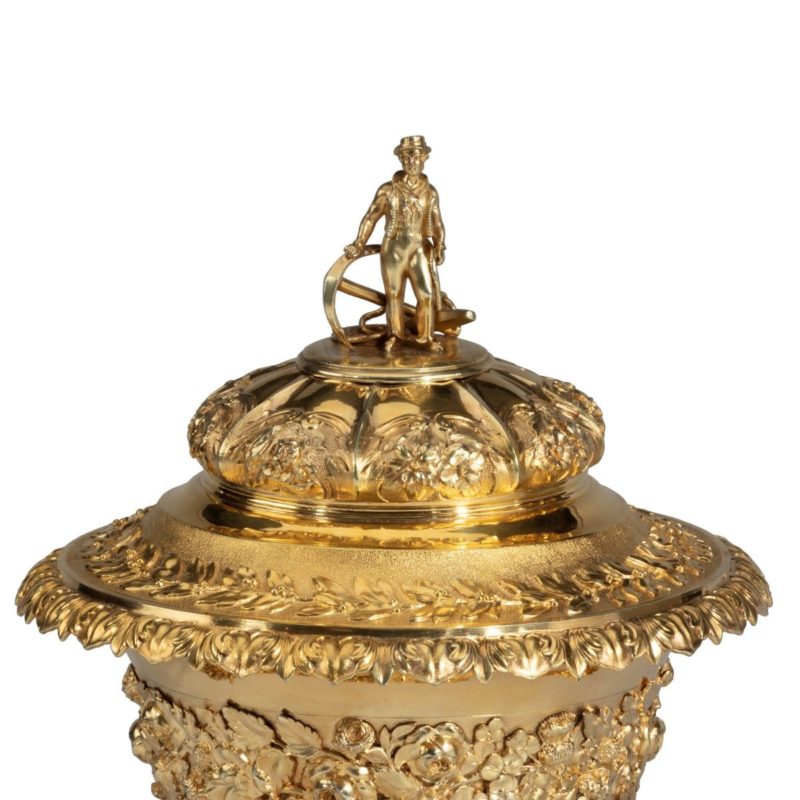 A George IV silver-gilt cup and cover, vase shaped, heavily embossed and chased with laurel wreath and floral decoration, on circular foot similarly decorated, the cover with finial designed as a sailor with anchor. The obverse is engraved: This Cup is given by the Ladies residing in the town & neighbourhood of Southampton to be contended for by Yachts of any tonnage at the REGATTA 1828, and the reverse: Won by the Menai Cutter The Property of TAssheton-Smith Esq. Maker’s mark of Emes & Barnard,
London 1828.

Thomas Assheton Smith (1776-1858) was a founding member, in 1815, of The Yacht Club, (from 1833, The Royal Yacht Squadron). Heir to a great fortune founded on Welsh slate, Assheton Smith was able to pursue his passions for hunting, earning the accolade as the ‘foremost fox-hunter of his day’ and, in his youth, for cricket, appearing on several occasions for the ‘Gentlemen against the Players’ at Lord’s. But the greater part of his fortune was spent at sea, saltwater racing. A younger brother had fought in Temeraire at Trafalgar and Assheton Smith took a close interest in naval architecture and, subsequently, insteam ship building. The keen competitiveness he showed on the hunting field and cricket pitch was quickly apparent on the water. Assheton Smith was among the small group of members of The Yacht Club who encouraged yacht racing rather than cruising, as the club had originally envisaged. His own cutter Menai, 163 tons, launched in 1826 and named for the stretch of water overlooked by his Welsh estate, took part in the inaugural Gold Cup Race the same year, coming third. By the 1828 season, with her large size and extended bow, Menai was winning races such as this ‘Town Cup’ which was presented with great ceremony on the green of the club house in the presence of the Duke of Gloucester and ‘a great portion of the townsfolk and visitors’. A near-identical silver gilt cup by Emes & Barnard which was presented at the 1827 Weymouth Regatta is in the collection of the V&A Museum, London.