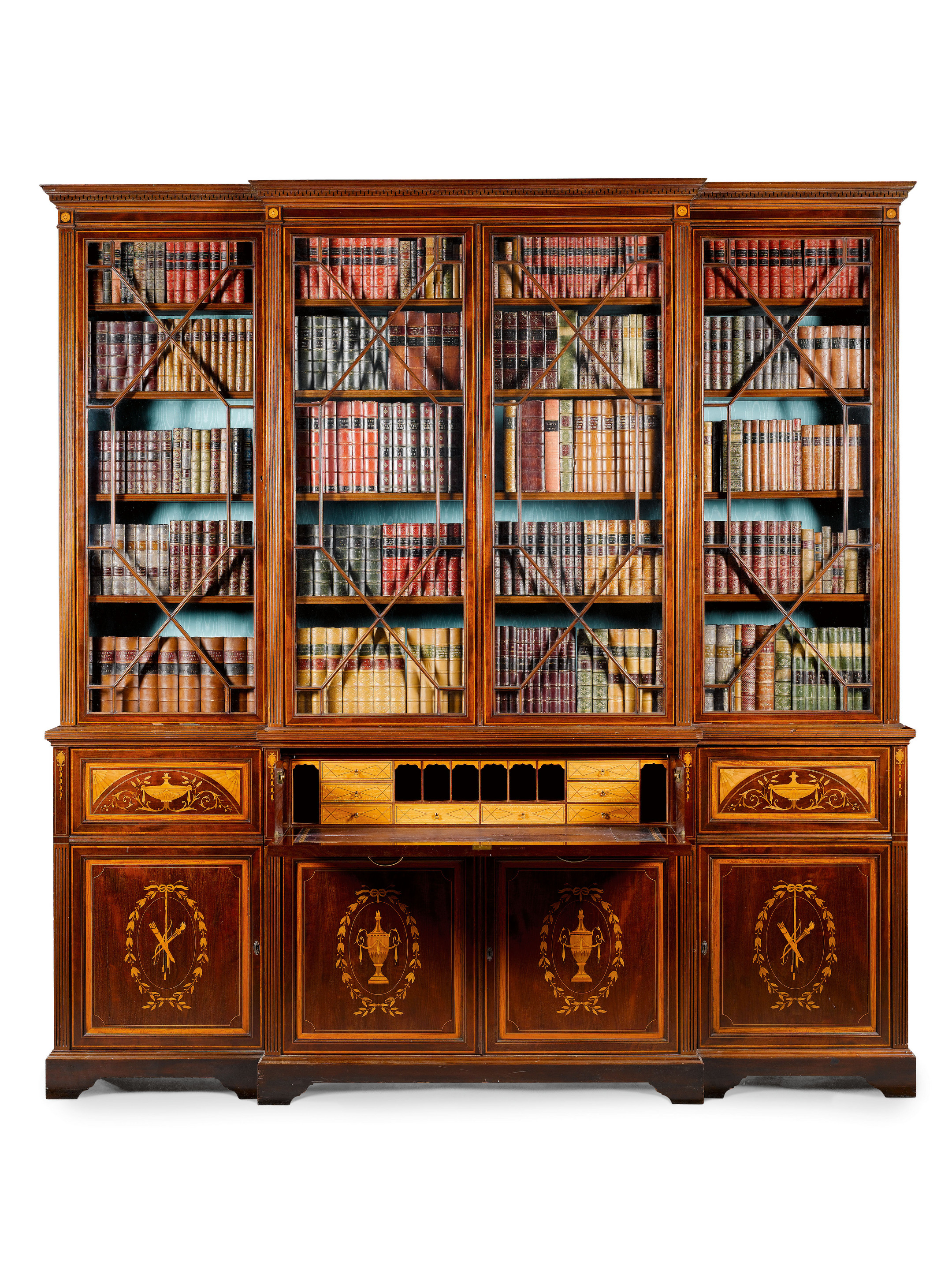 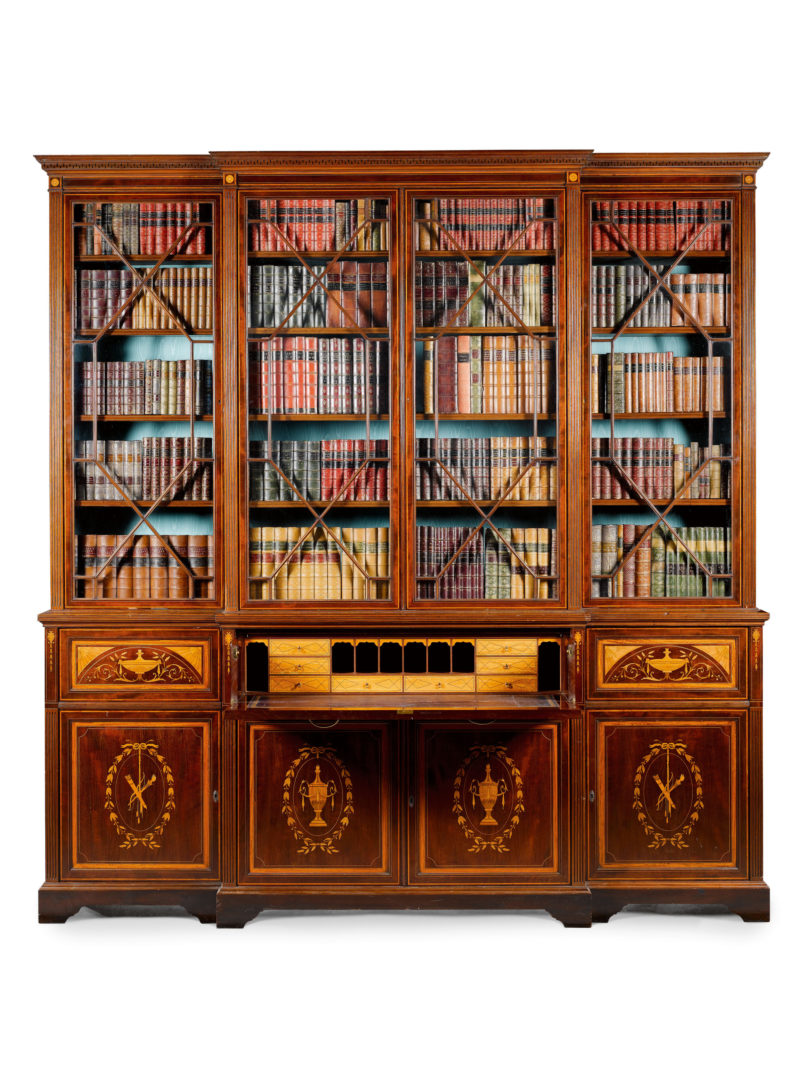 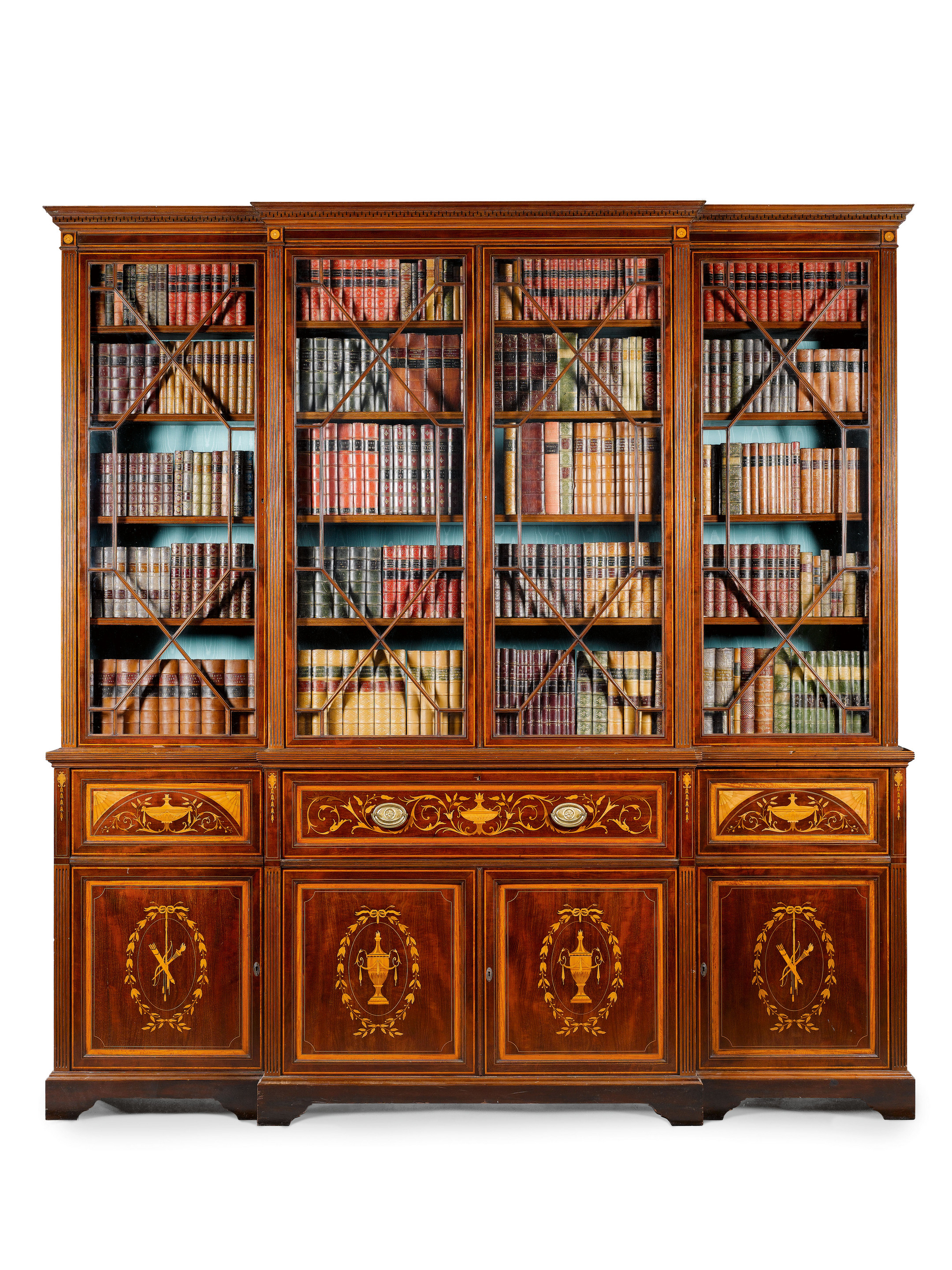 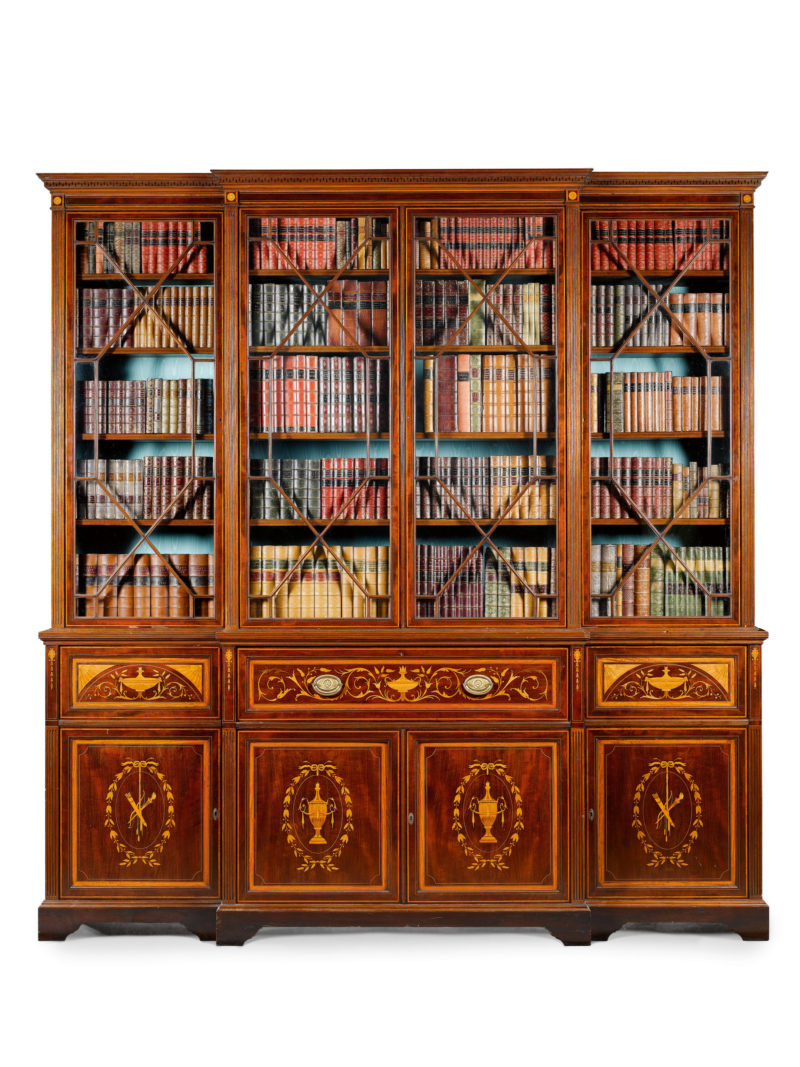 The drawer stamped ‘Edwards & Roberts’, the moulded cornice with carved geometric pattern and a boxwood strung and inlaid paterae border above four glazed astragal doors between fluted pilasters, the lower section with a satinwood crossbanded and reeded top over a fitted secretaire drawer and cupboard between two further cupboards and inlaid throughout with spandrels, urns, scrolled foliate decoration and trophies within wreaths, on bracket feet, with adjustable shelves, the reverse with a paper label printed Edwards & Roberts, Wardour.

Edwards & Roberts was founded in 1845, and had premises at 21 Wardour Street London. By 1892 they occupied more than a dozen buildings, where they continued to trade until the end of the century. They became one of the leading London cabinet makers and retailers working in a variety of styles, both modern and revivalist. Their business also involved retailing, adapting and restoring the finest antique furniture and there are many examples of their earlier furniture with later embellishments bearing their stamp. Edwards & Roberts specialized in marquetry, inlay and ormolu. Edwards & Roberts was one of the principal London companies working in the taste of the late 18th century. 1854 they were trading as ‘Edwards & Roberts, 21 Wardour Street, Antique and Modern Cabinet Makers and Importers of Ancient Furniture’. Wardour Street became an important furniture retailing area in the second half of the 19th century. The firm carried a fine and complete library of the old designers (i.e. Chippendale, Adam, Hepplewhite and Sheraton). They ceased trading in 1899 having been at various addresses. c.f.: Wainwright, June 1978, pps. 95-105.