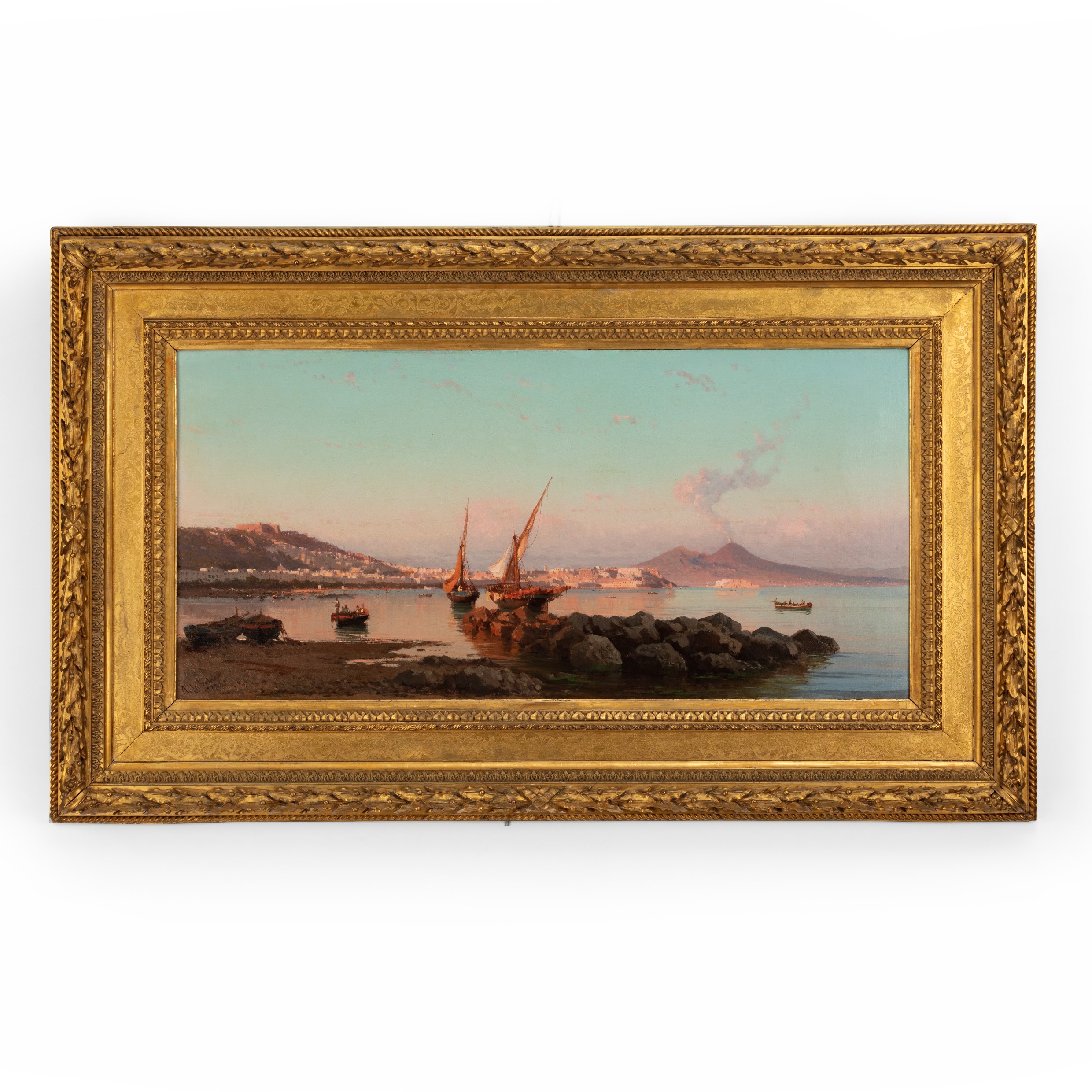 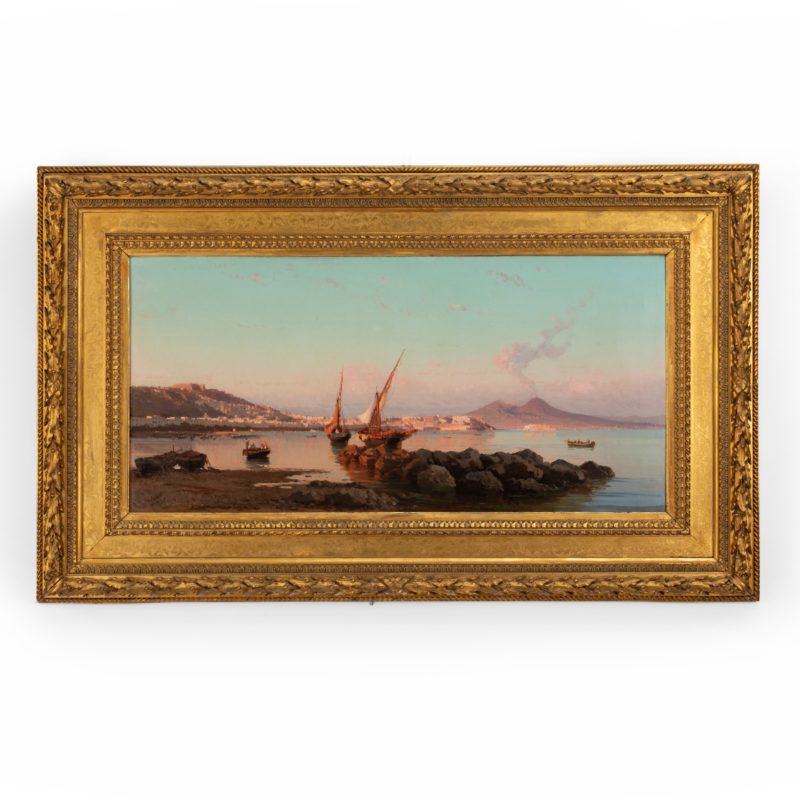 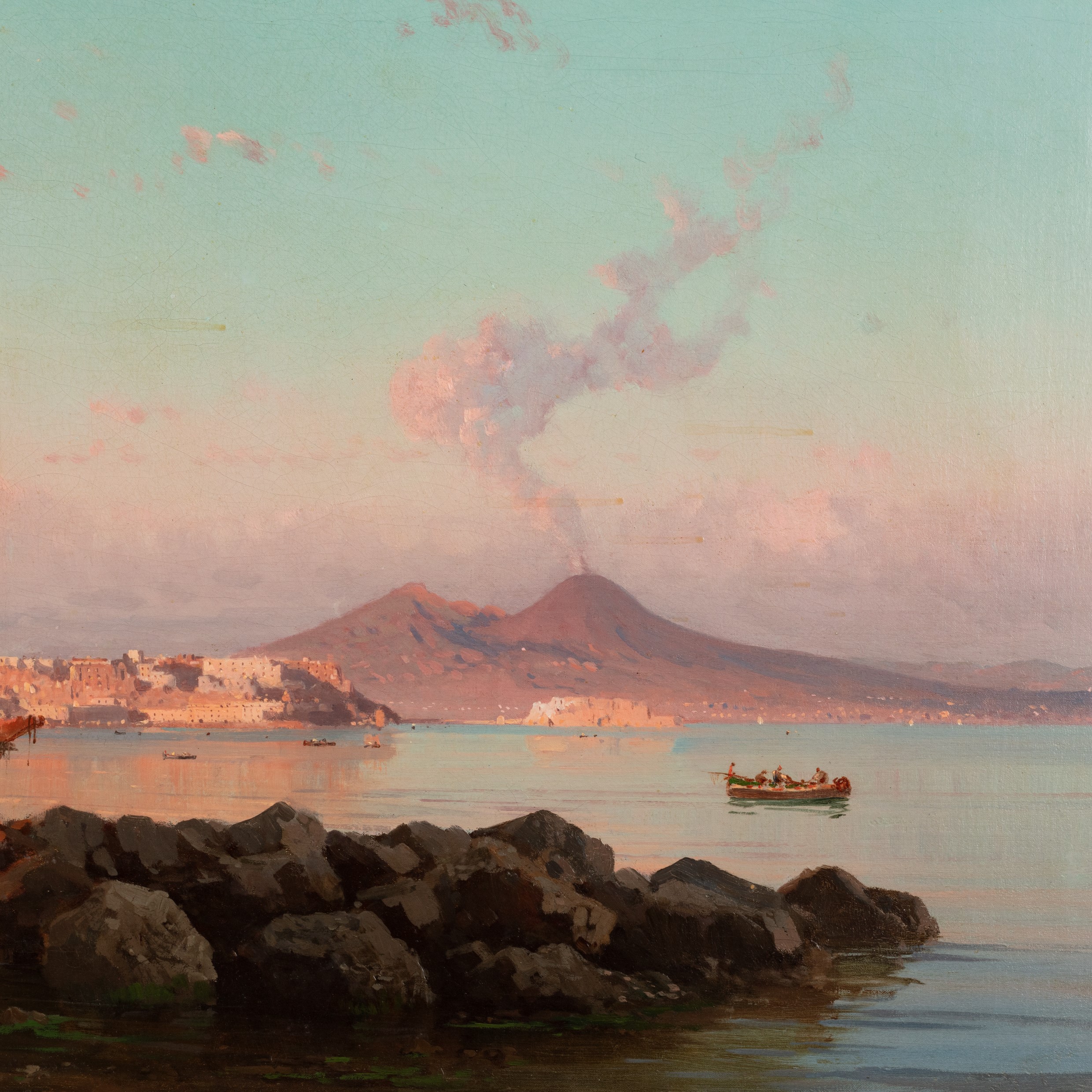 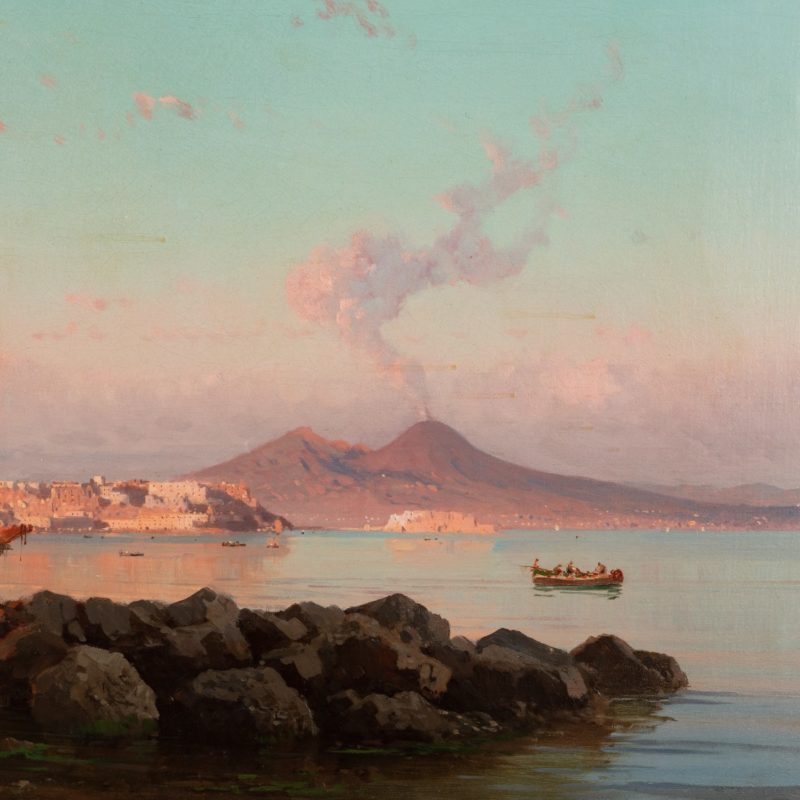 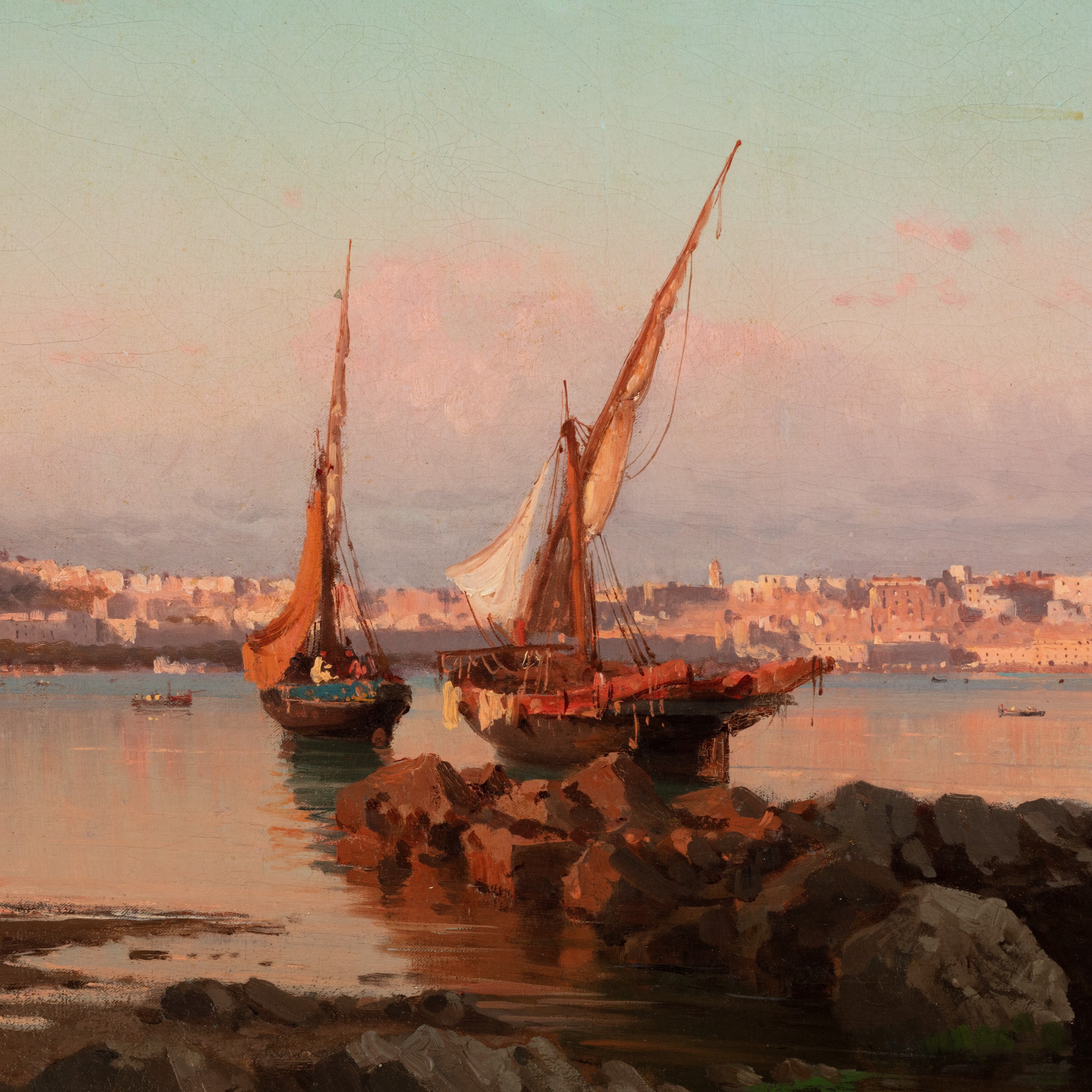 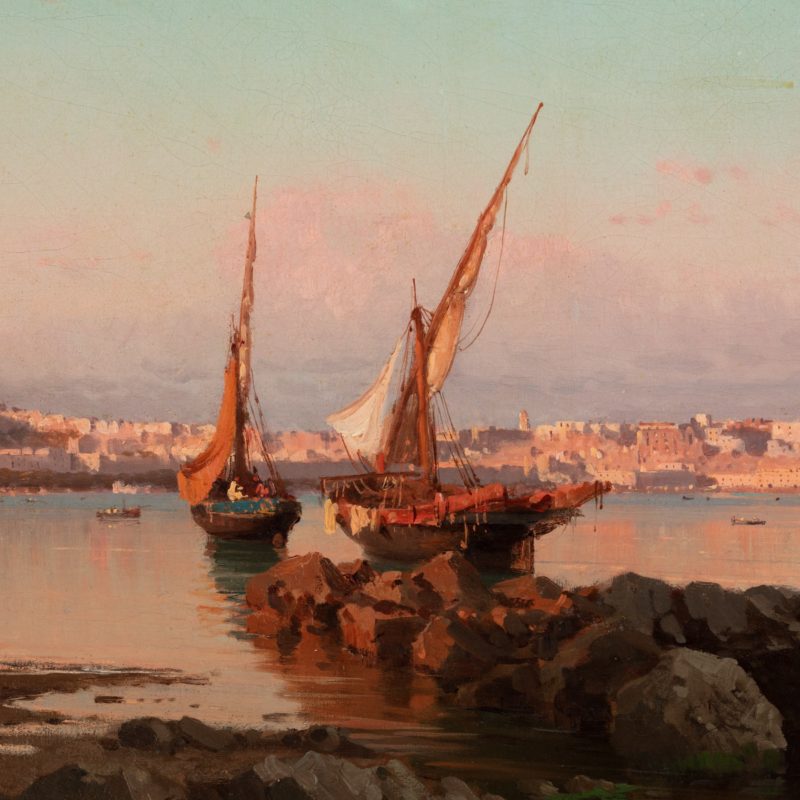 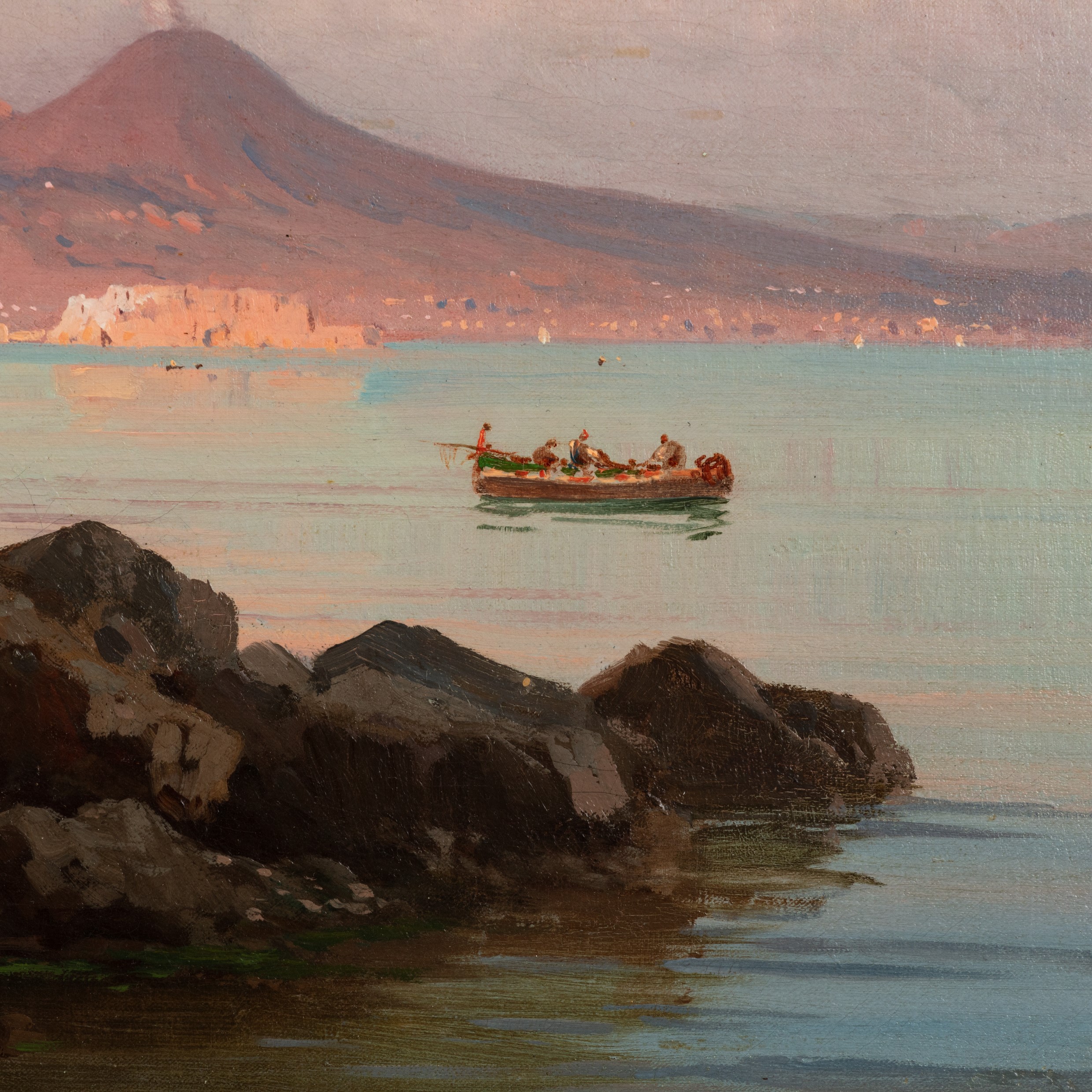 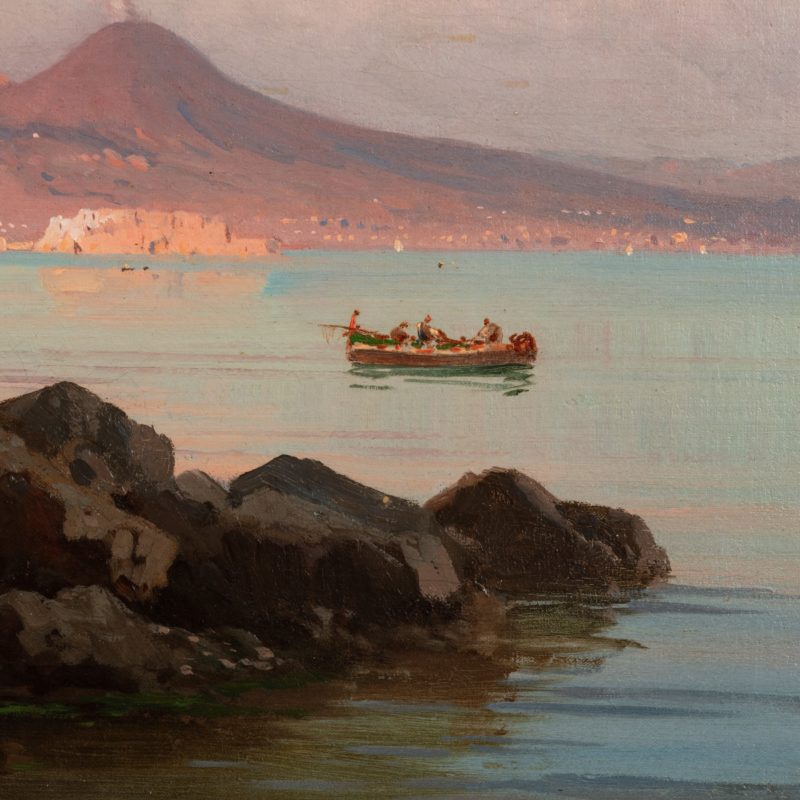 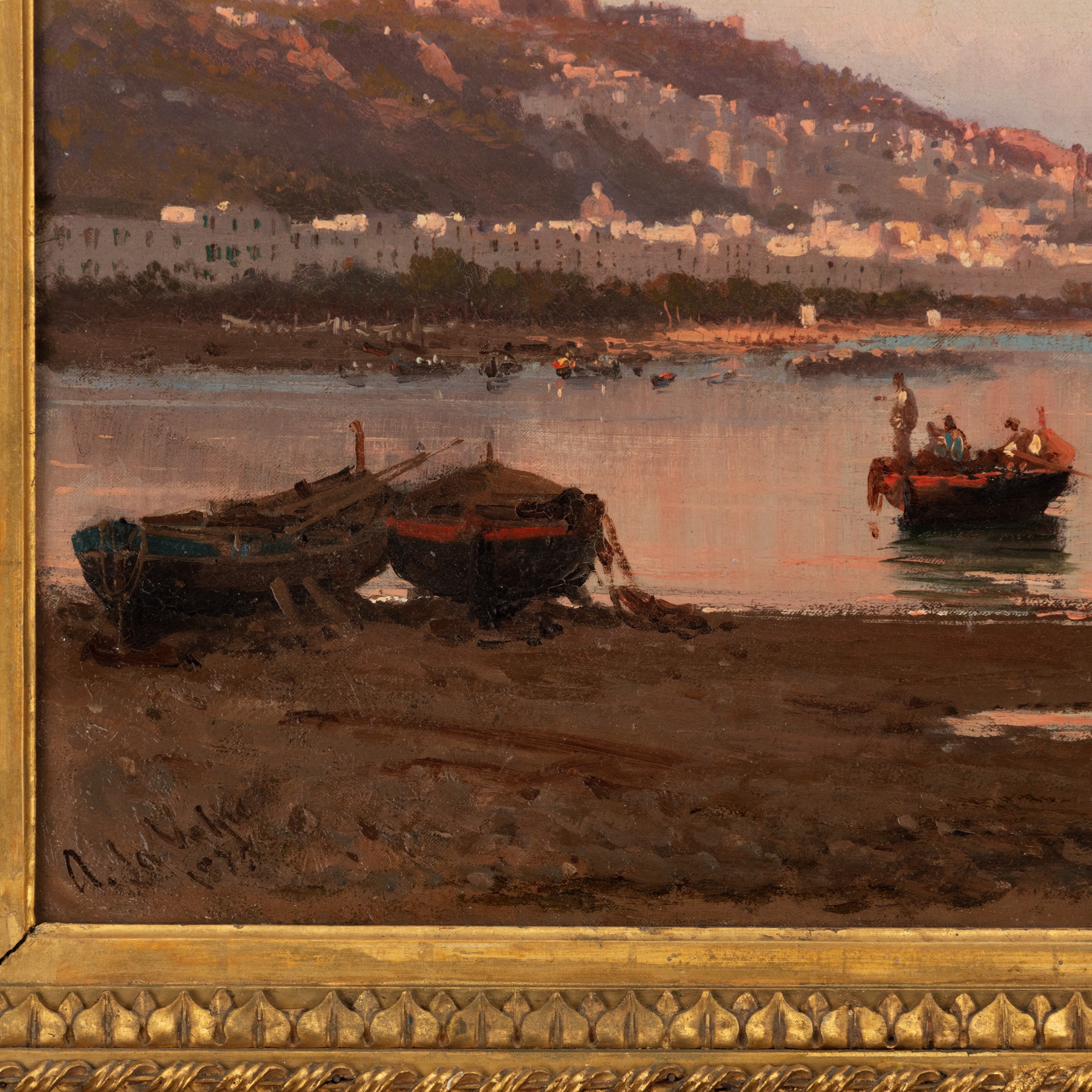 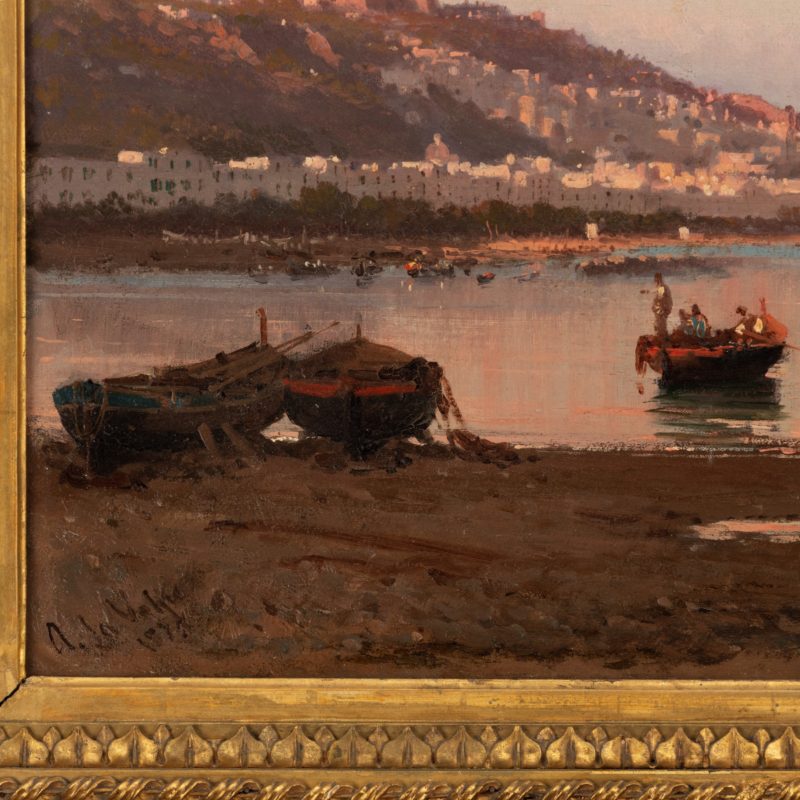 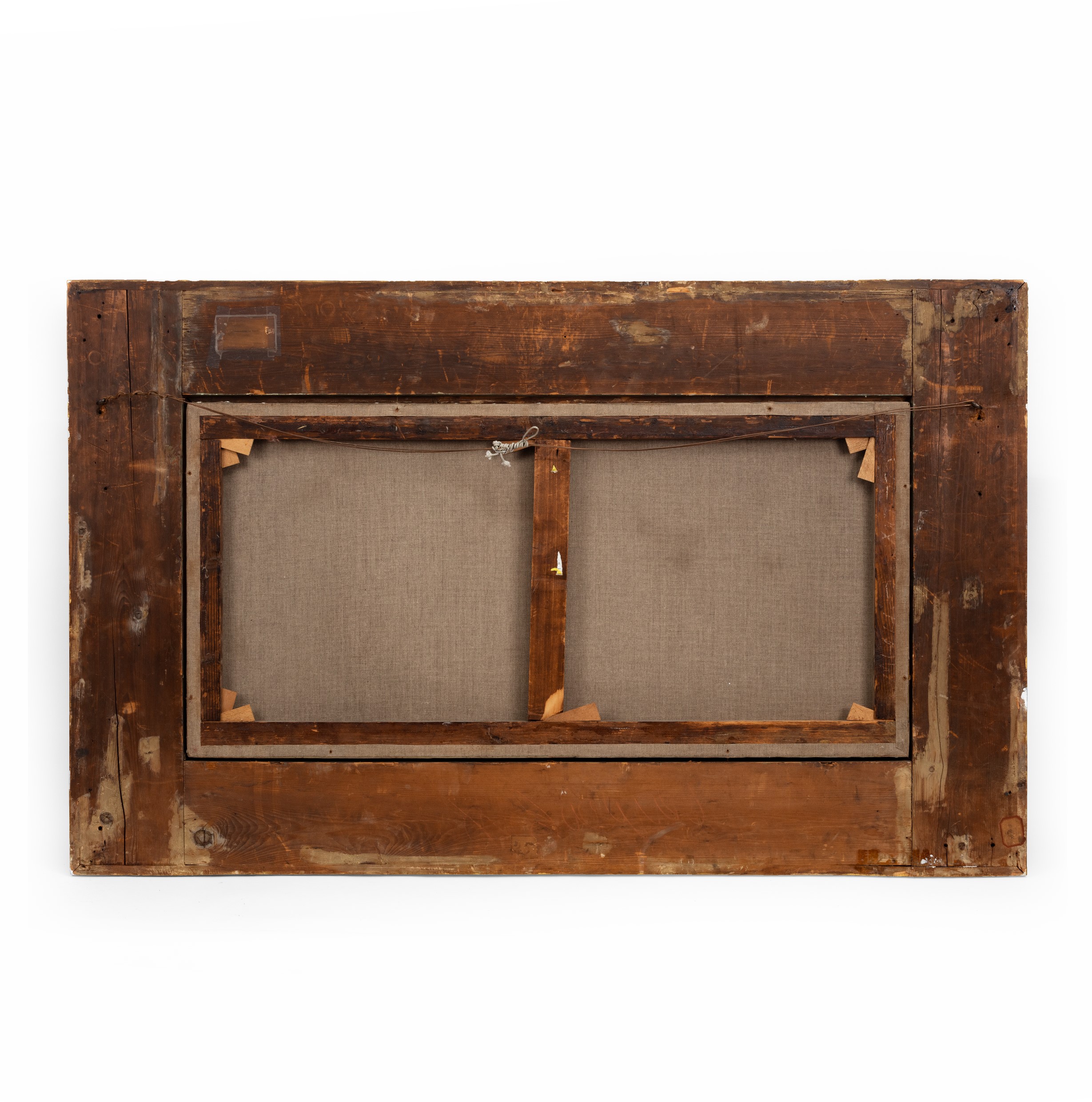 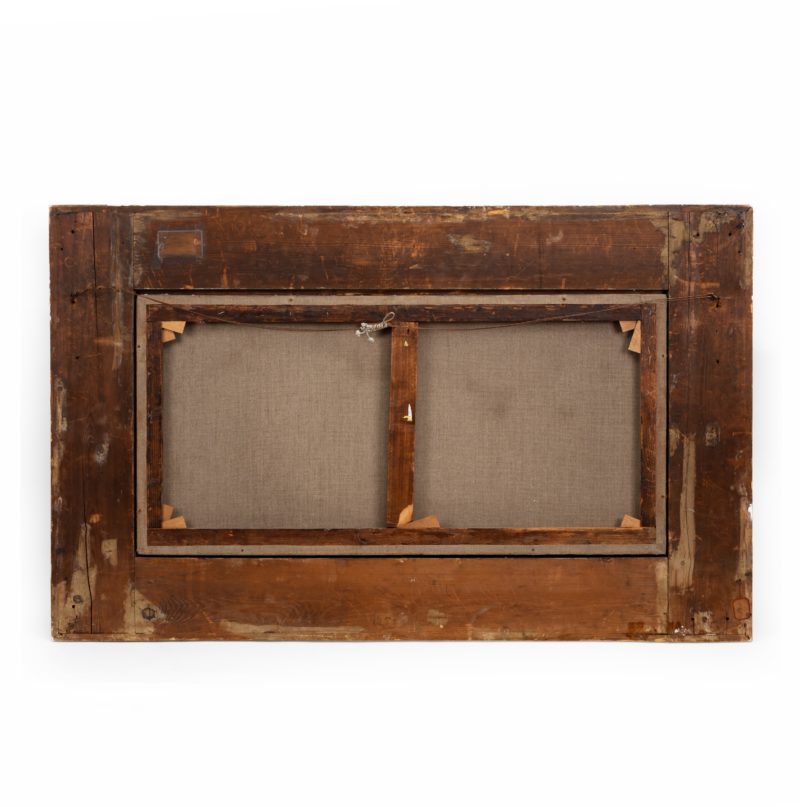 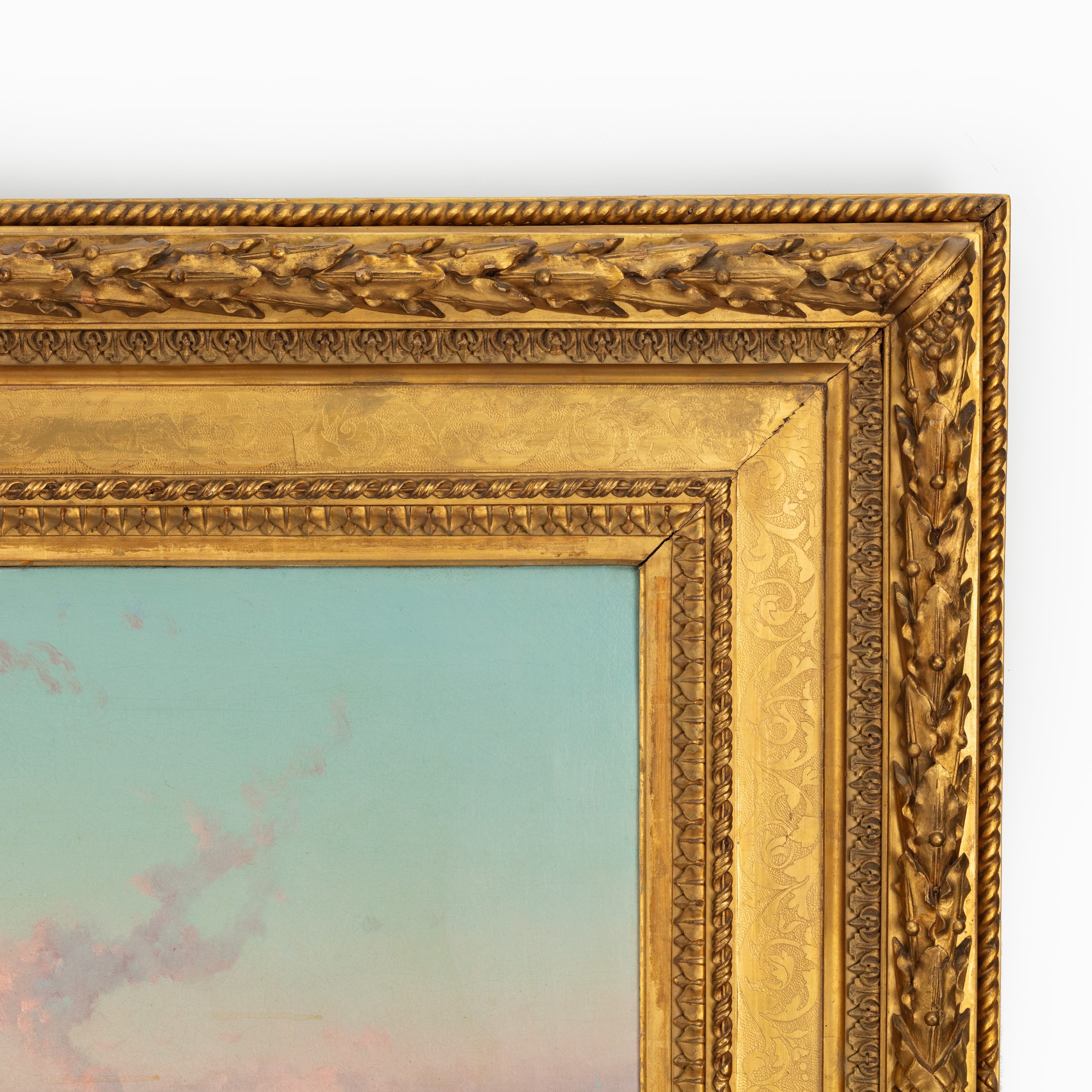 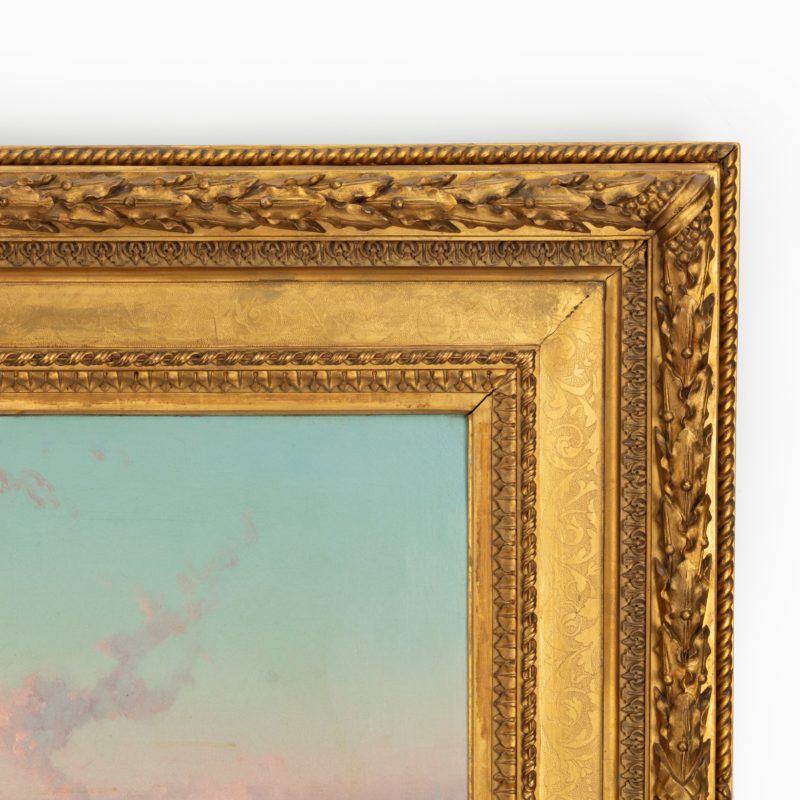 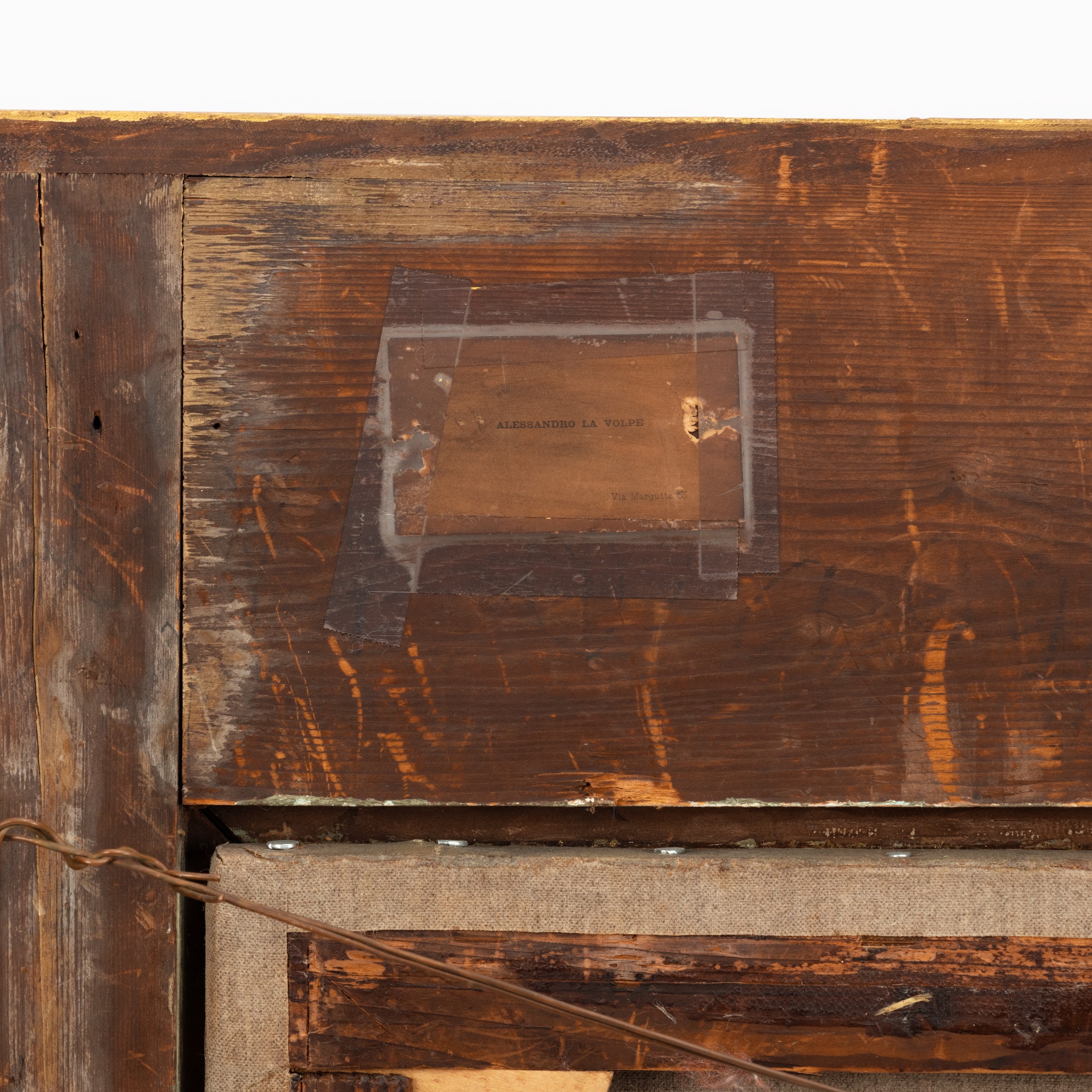 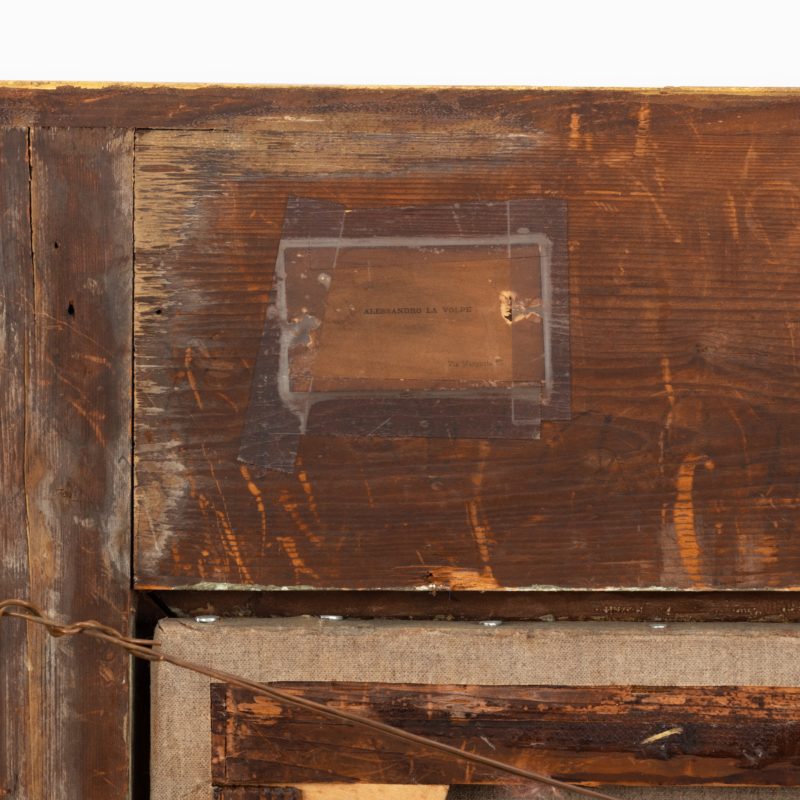 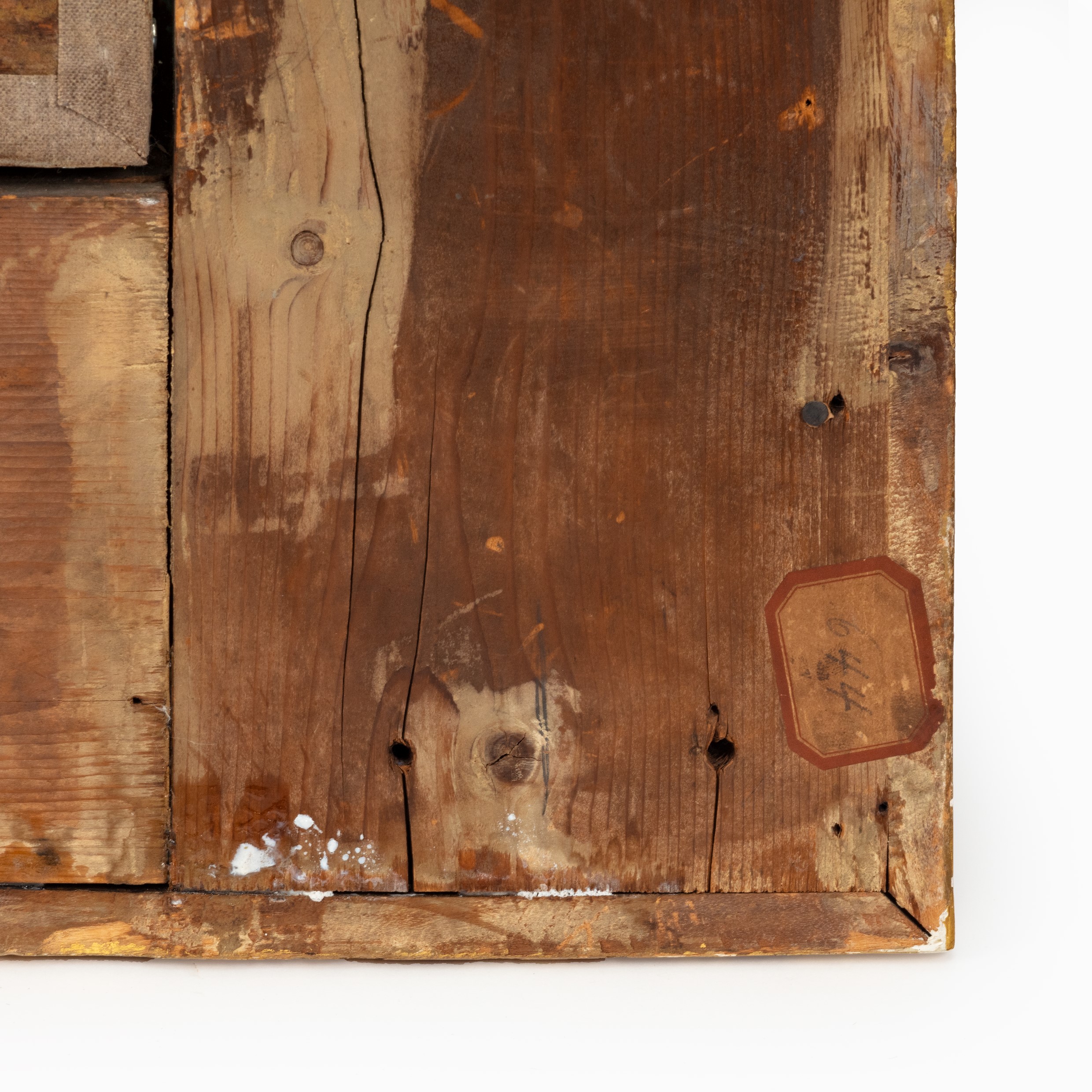 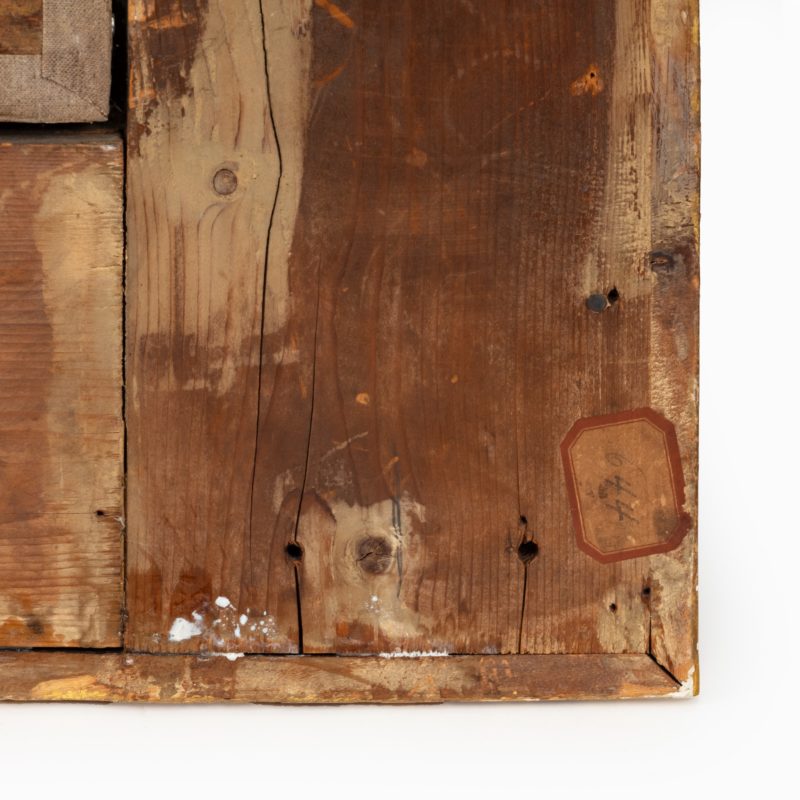 View of the Bay of Naples by Alessandro La Volpe Italian, 1877

View of the Bay of Naples by Alessandro La Volpe, oil on relined canvas, signed & indistinctly dated 1877, in the original orientalist frame. Italian, 1877.

Footnote: Alessandro La Volpe (1819 – 1887) was a landscape painter, who turned his focus primarily to Italian sites and monuments.  He was a master at capturing the brilliant light and dry climate of his native Italy.  Born in Lucera in 1819, he was the son of an employee of the Real Collegio.  After finishing his studies La Volpe moved to Naples and entered Accademia delle Belle Arti, where he studied with Salvatore Fergola (1799-1874), the official painter of ceremonies of the French Monarchy at Naples.  La Volpe began exhibiting in Naples in 1848.  In 1850 he was sent to Sicily and Egypt on an official mission with the Prince of Lichtenberg to record important monuments; the assignment of such a mission reveals an appreciation for La Volpe’s meticulous attention to detail, as well as his skill as an accomplished painter.  Back in Italy, he moved to Florence, where he helped to found the Scuola di Staggia, a school of Romantic landscape painters.  Sketching en plein air in the 1850s and 1860s, his work was characterized by a tendency to depict identifiable, usually picturesque locales in the Tuscan countryside, while focusing on specific peculiarities and everyday aspects.  The Scuola di Staggia is significant for having been one of the earliest instances in Tuscany of a group of artists painting together from nature, a practice that greatly influenced the Macchiaioli circle and put the artists of Tuscany in concert with their mid-century contemporaries in Paris and America.