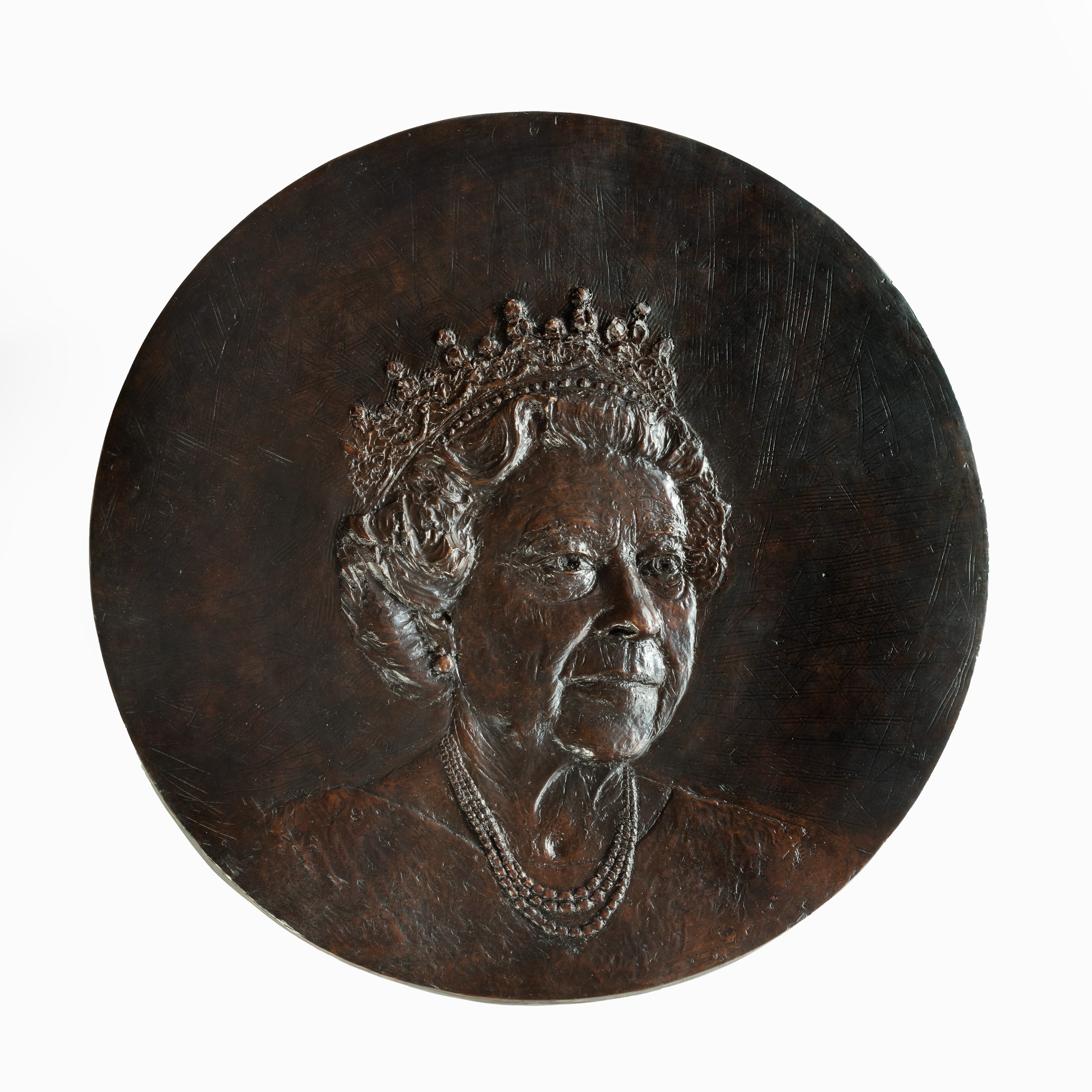 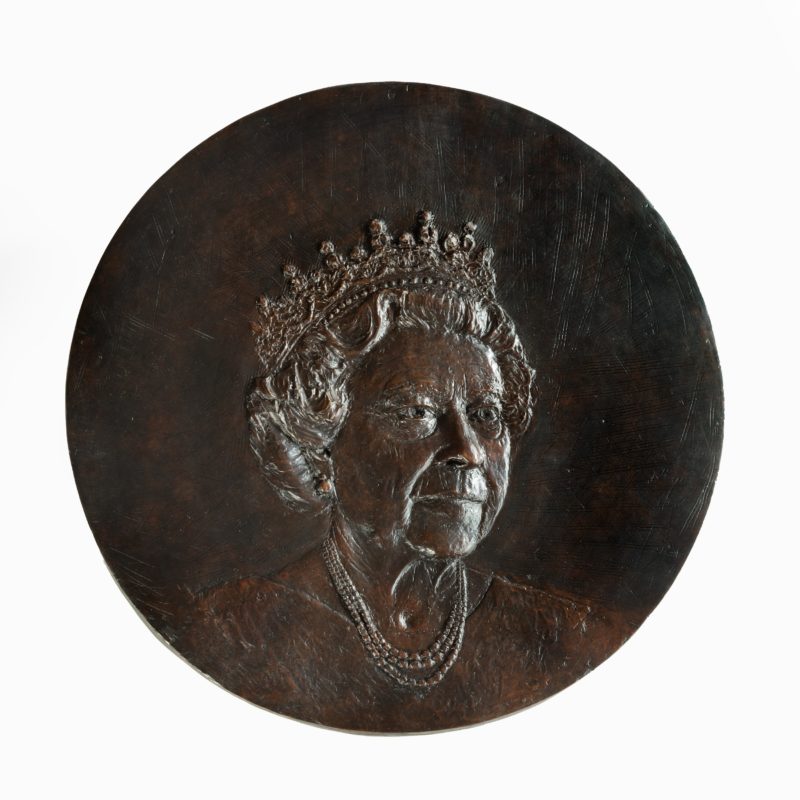 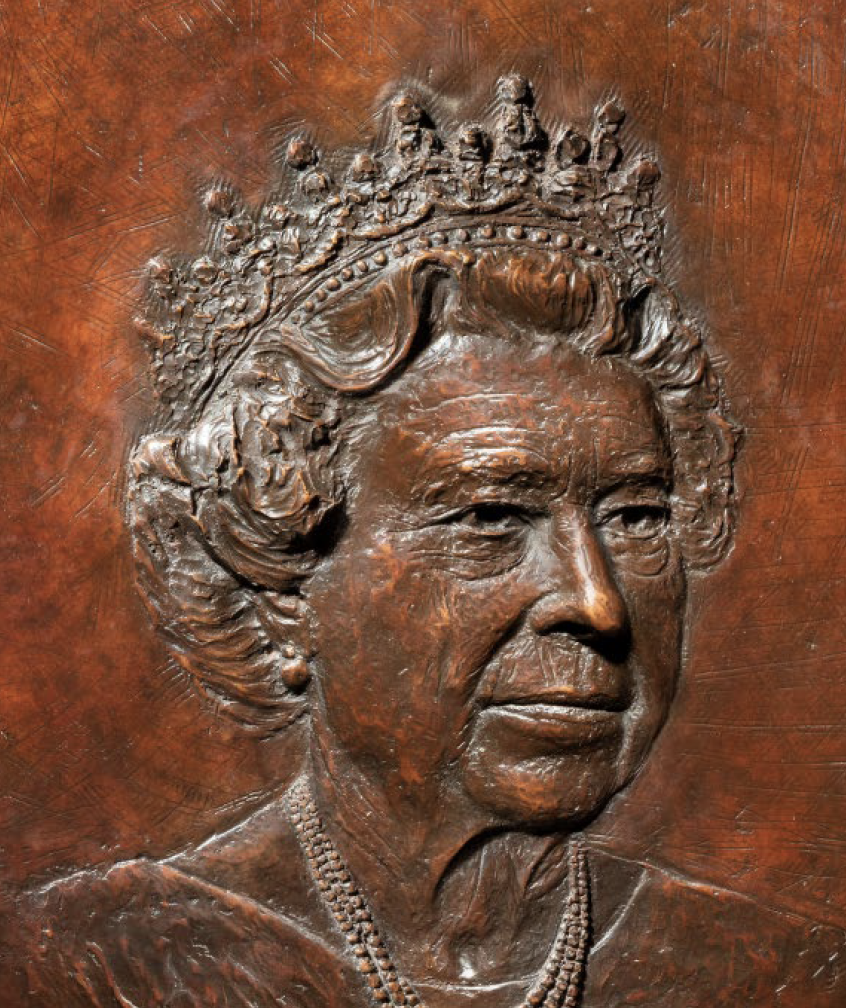 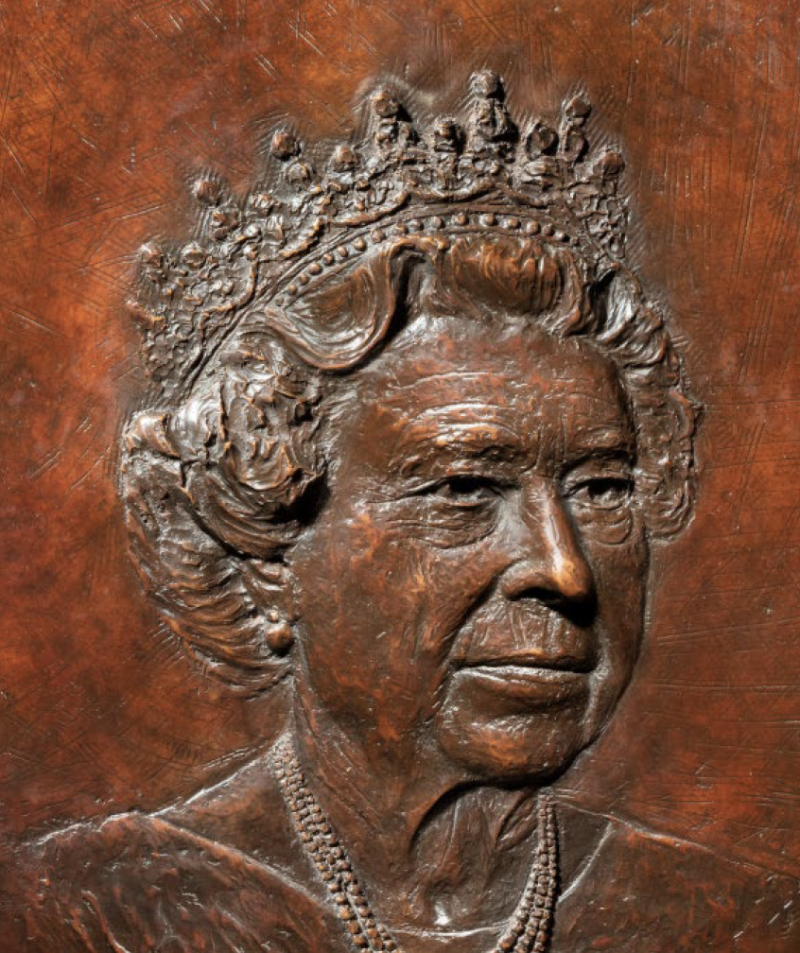 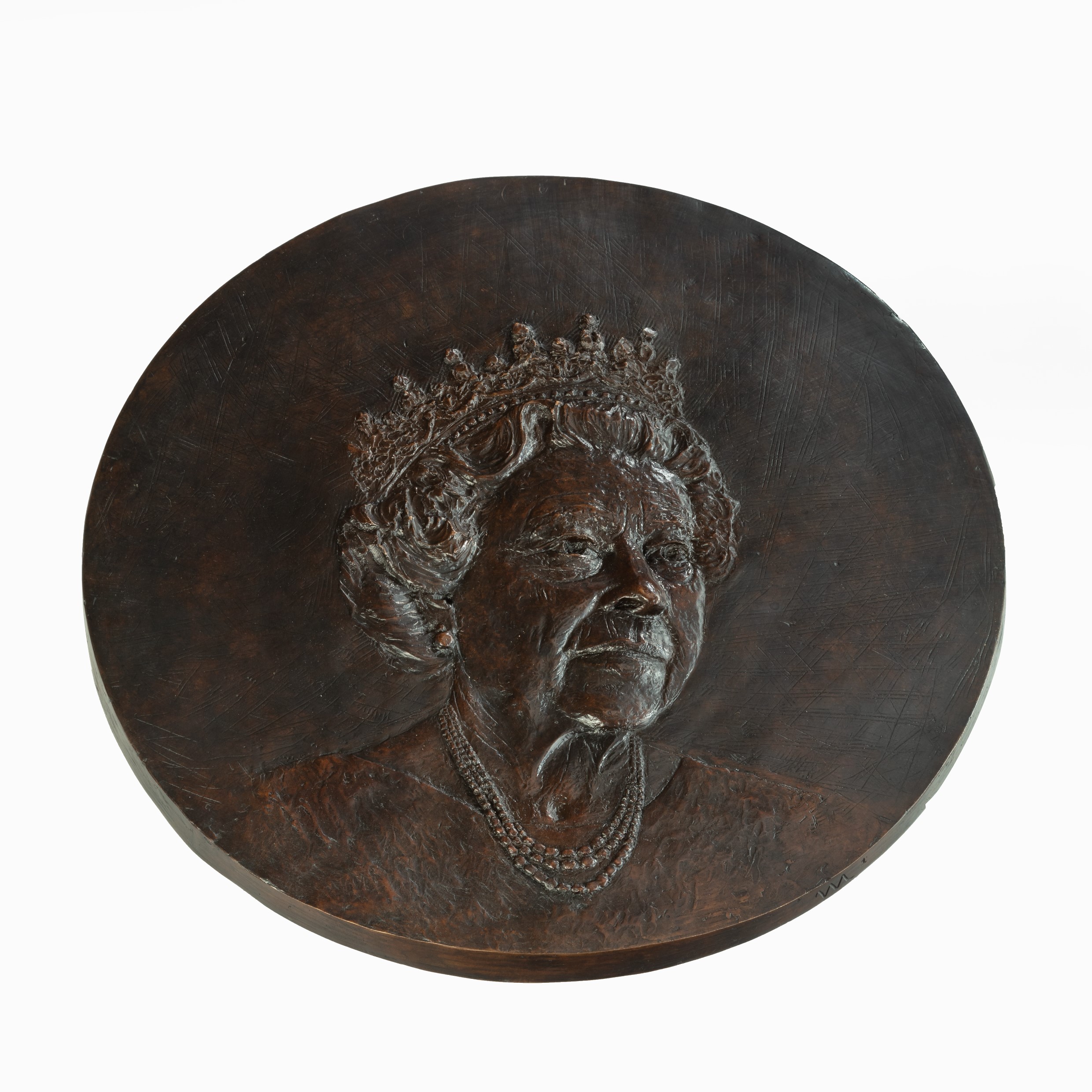 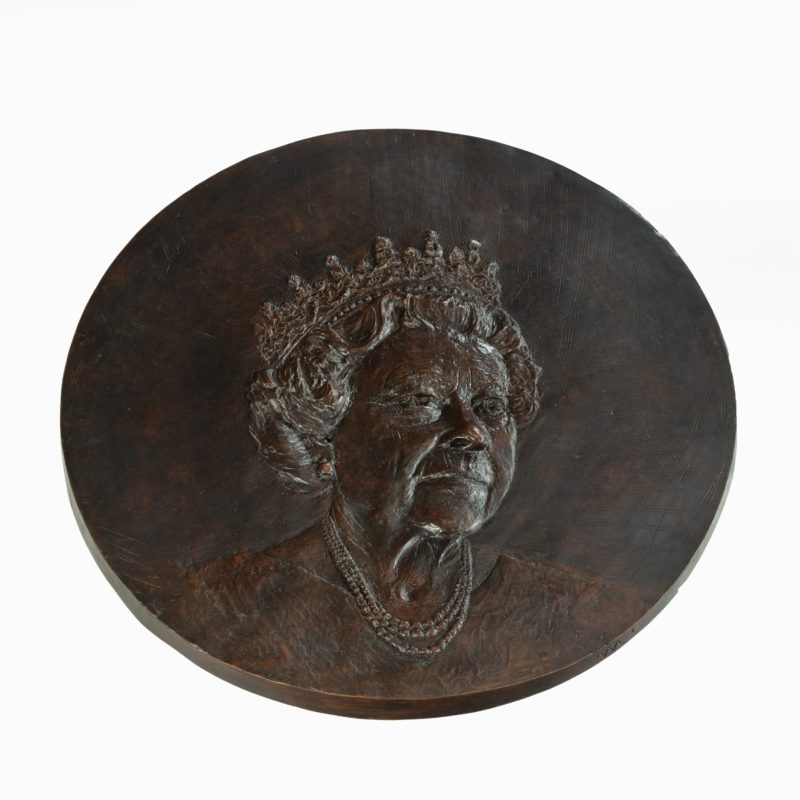 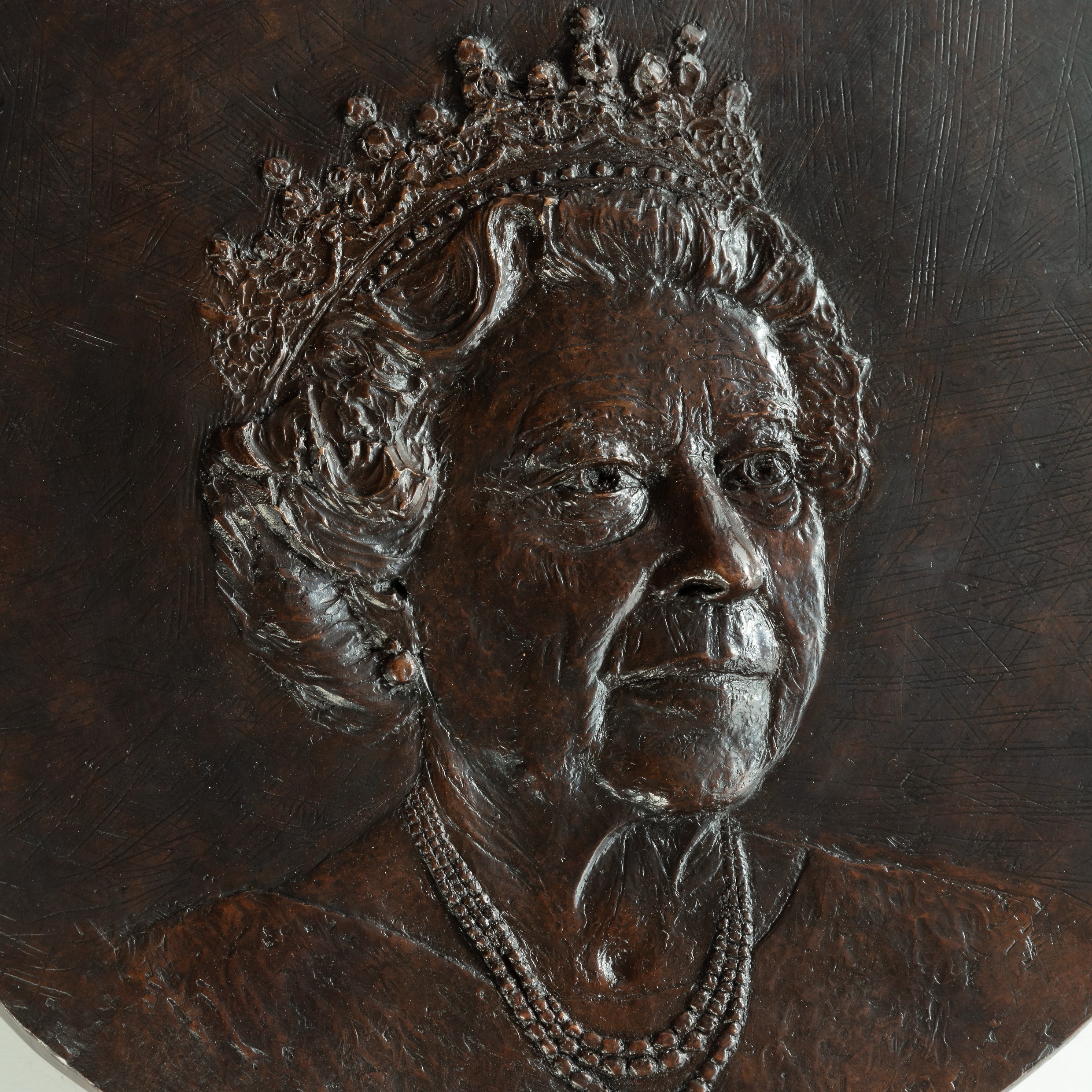 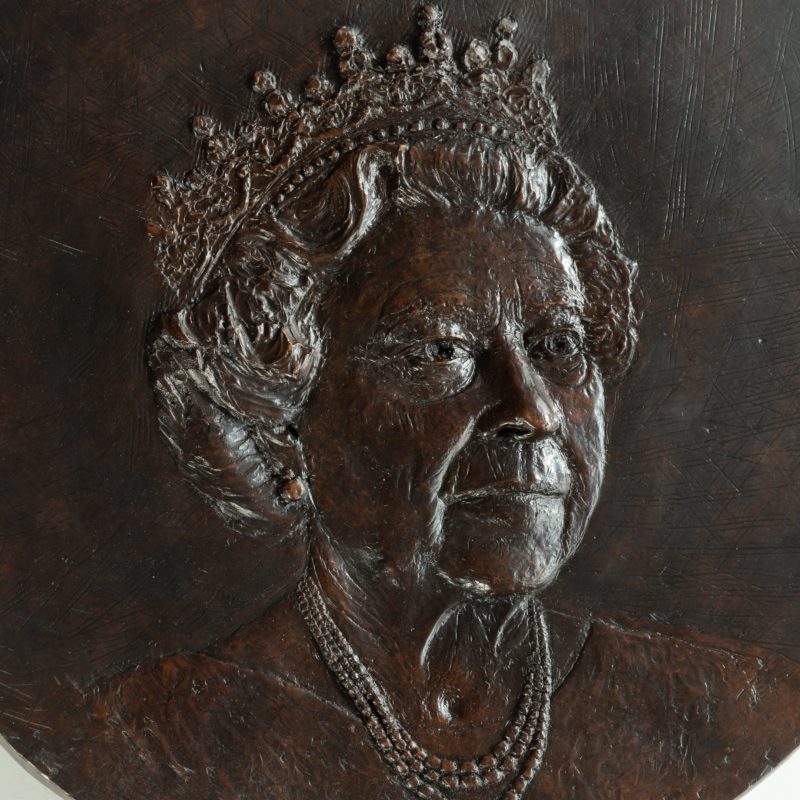 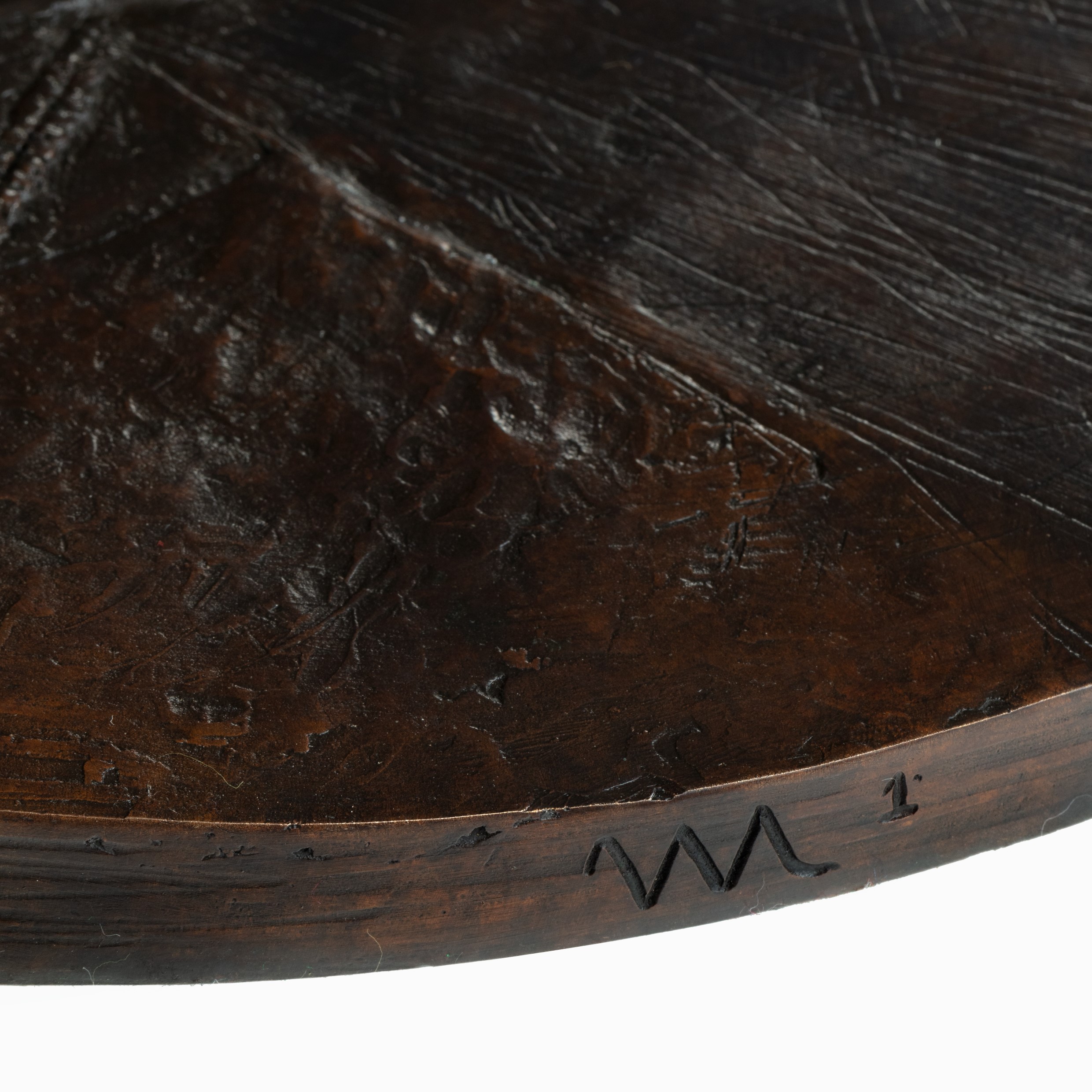 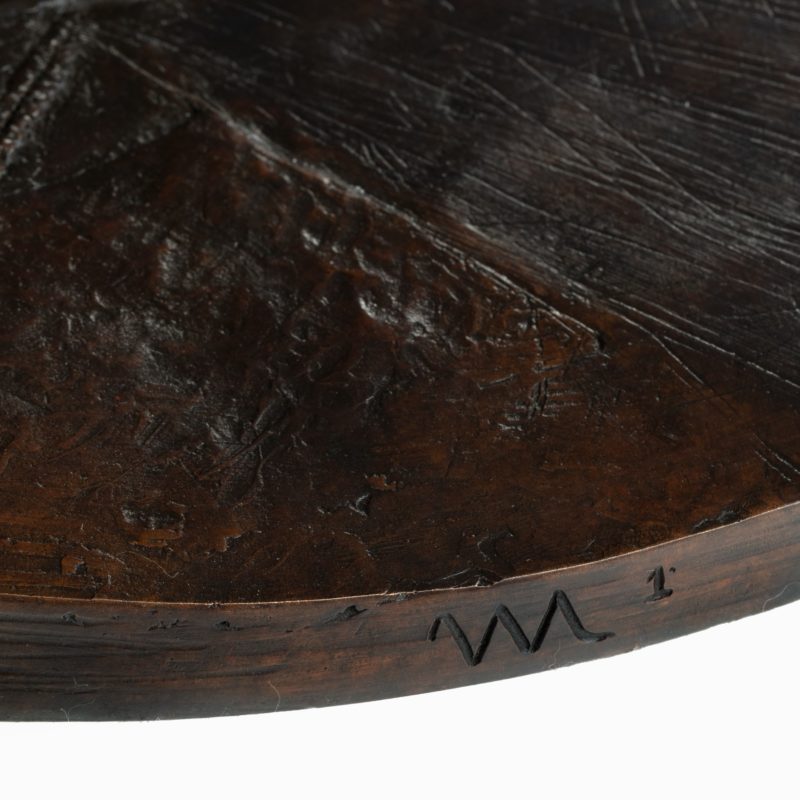 This is the bronze maquette for a bas-relief portrait commissioned by the City of Winchester in honour of Her Majesty Queen Elizabeth II’s Diamond Jubilee. The final roundel is six feet in diameter and is shaped as a Winchester Rose with Her Majesty in the centre. She is wearing a three-strand diamond necklace and the Girls of Great Britain and Ireland tiara. Signed ‘VM 1’. English, 2012.

The Girls of Great Britain and Ireland tiara was made by the House of Garrard as a wedding present from the ‘Girls of Great Britain and Ireland’ to the Duchess of York, later Queen Mary, in 1893. Lady Eva Greville, who became one of Queen Mary’s ladies-in-waiting, chaired a committee to raise the funds. Queen Mary, in her turn, gave the tiara as a wedding present to her granddaughter, Princess Elizabeth, in November 1947. This tiara is instantly recognisable from certain issues of stamps and currency around the Commonwealth.

The Great Hall unveiling. ‘His Royal Highness The Earl of Wessex, unveiled a specially commissioned bronze in honour of the Queen’s Diamond Jubilee in Winchester on Tuesday January 29. The Lord-Lieutenant of Hampshire, Dame Mary Fagan DCVO JP, commissioned the bronze of Her Majesty The Queen for future generations to enjoy. It was installed in the Great Hall in Winchester. The bronze sculpture is six feet in diameter. The bas-relief portrait projects approximately nine inches from the background and The Queen is shown wearing a necklace and diamond tiara. The surround for the bronze is a representation of the Hampshire Rose which provides an informal frame to Her Majesty’s face. The plans for the bronze received approval from Buckingham Palace, and Dame Mary asked Vivien Mallock to design and sculpt it. Vivien Mallock has completed a number of public sculptures in Hampshire. There are three in Portsmouth: Field Marshal Montgomery and the Soldier of WW11 outside the D Day Museum in Southsea and the Golden Jubilee sculpture unveiled by HM The Queen in Gunwharf Keys.’