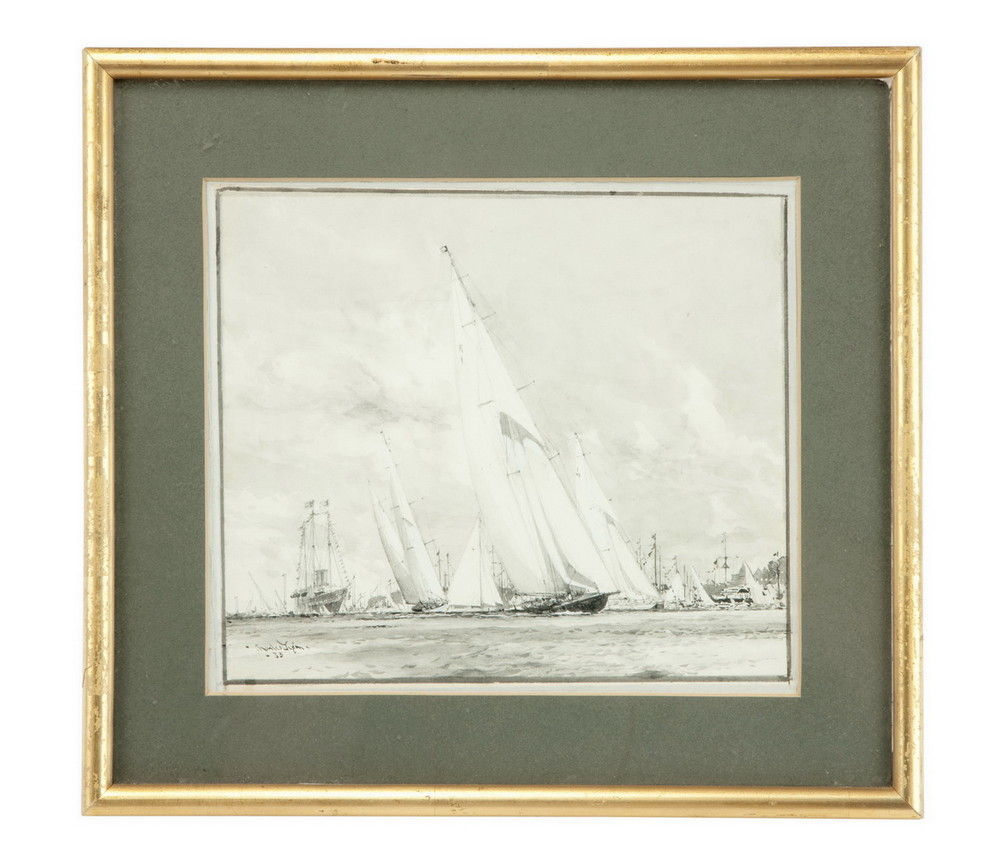 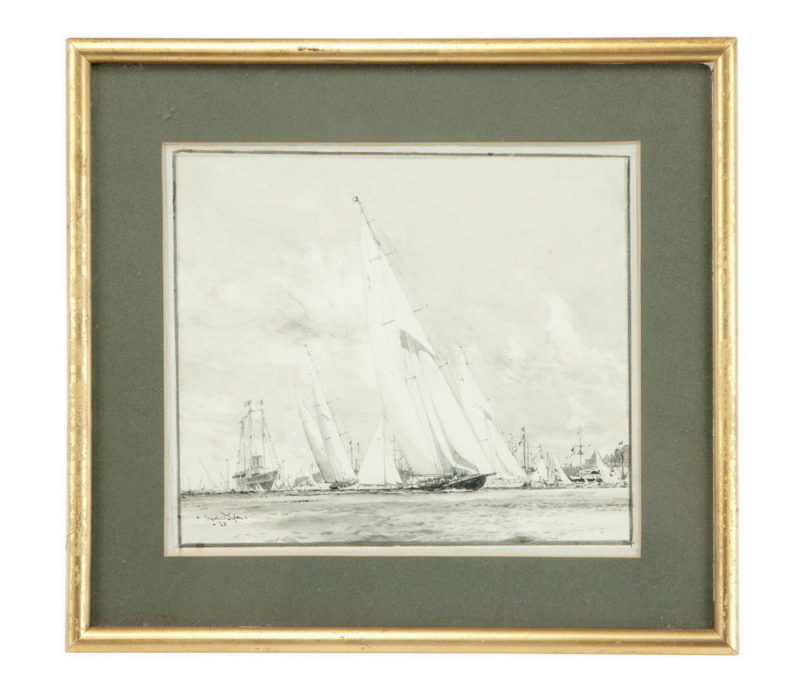 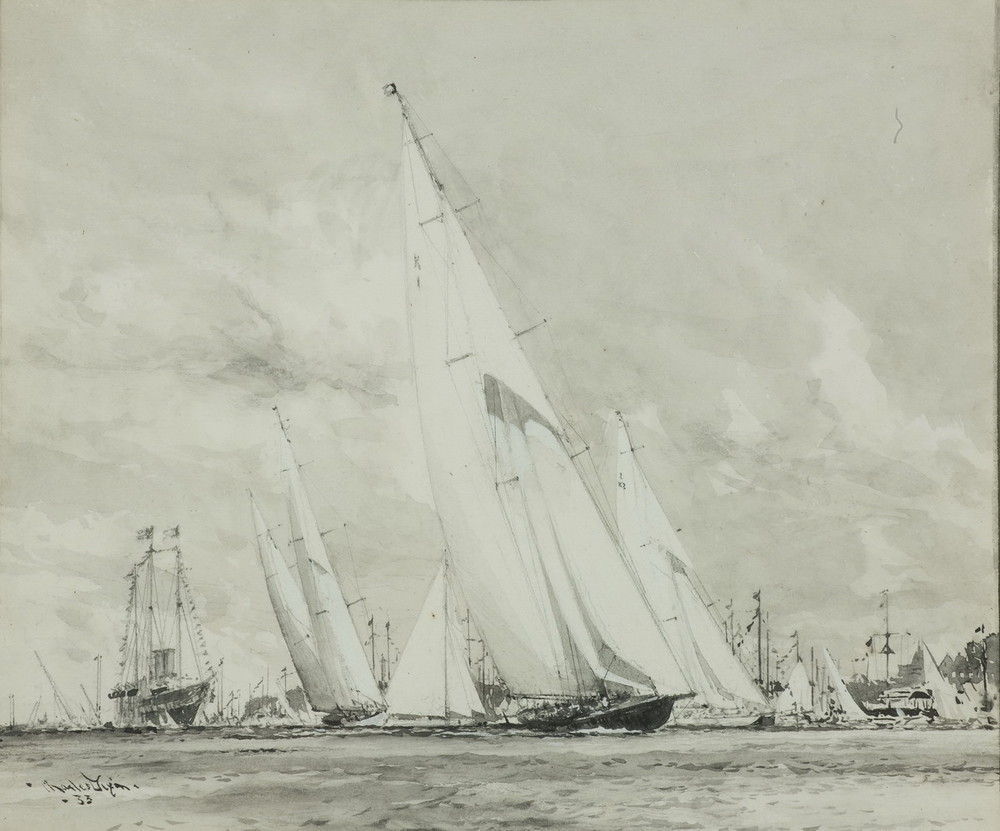 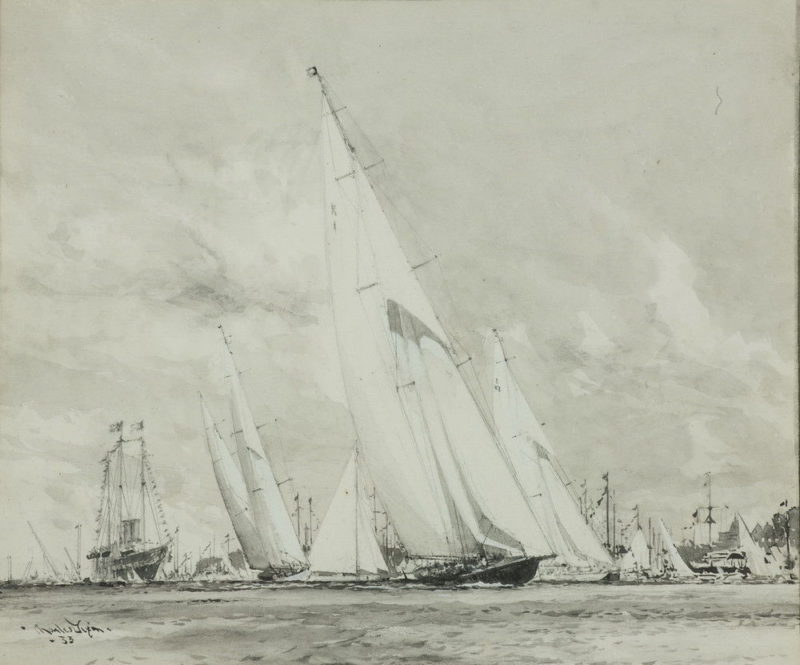 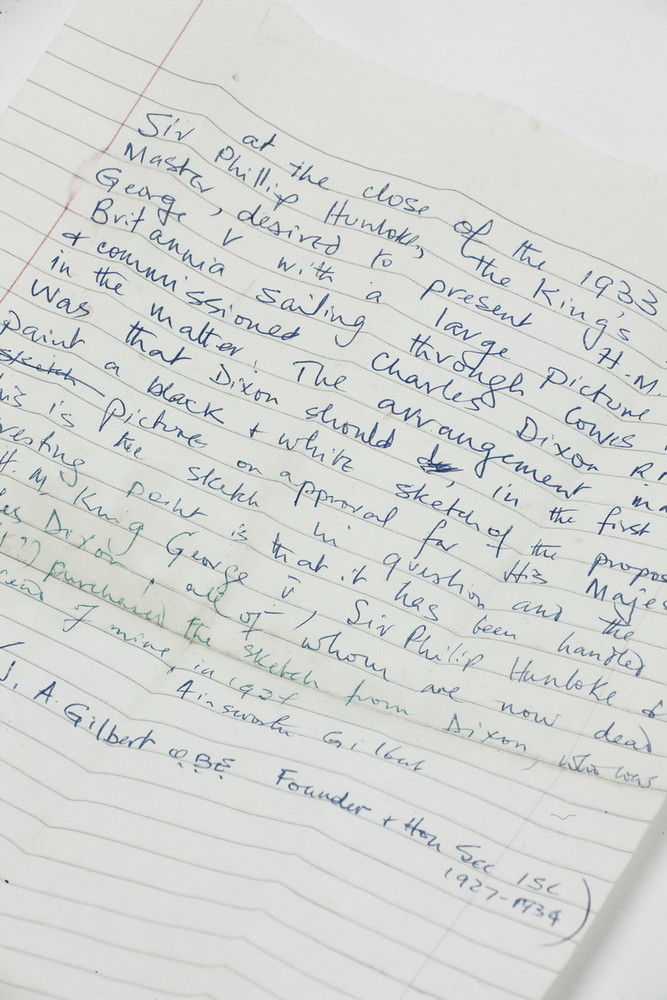 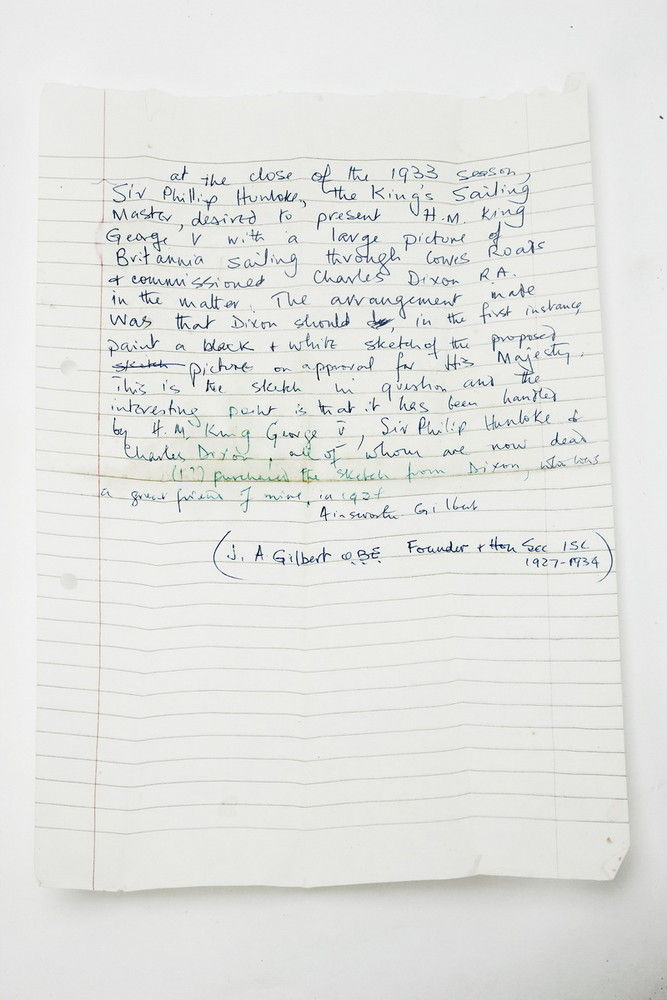 This work on paper was mounted on board by the artist and captioned lower right , Britannia 1893. The painting has outstanding detail and depicts The Royal yacht, Britannia at the centre, rigged like a J class and with the sail number K1 and flying the Royal signal flag at the peak of the mast. Britannia is racing in The Royal Yacht Squadron regatta with the Squadron Castle and signal mast in the background. Adjacent to Britannia is Shamrock V with the sail number K3. There are two other J class yachts behind Britannia and the Royal Yacht, Victoria and Albert is flying the Royal Standard indicating that the Queen is on board.

Accompanying the picture is a letter from J A Gilbert which reads;

‘At the close of the 1933 season, Sir Philip Hunloke, the King’s Sailing Master, desired to present H M King George V with a large picture of Britannia sailing through Cowes Roads and commissioned Charles Dixon R.A. in the matter. The arrangement made was that Dixon should in the first instance, paint a black and white sketch of the proposed picture for approval by His Majesty. This is the sketch in question and the interesting part is that it has been handled by H M King George V, Sir Philip Hunloke and Charles Dixon, all of whom are now dead. (..?) purchased the sketch from Dixon who was a great friend of mine in 1934. J A Gilbert OBE founder and Honorary member of The Island Sailing Club 1927-1934.’

Charles Dixon first exhibited at the Royal Academy at the age of 16. He was a good friend of Sir Thomas Lipton and sailed on all five Shamrocks. he was a keen yachtsman and lived in Itchenor, West Sussex