If a Writing Table Could Talk, What Tales Could It Tell?

We have recently purchased an extremely fine and interesting late 19th century French bureau plat or writing table/desk that is exciting on many different levels. Firstly, the piece reproduces a table which was used in 1778 when Benajmin Franklin signed the Treaty of Alliance with France in Paris. This table was made by the celebrated master ebeniste Jacques Dubois and is regarded as a masterpiece of French furniture design.

The bottom of our table has a very interesting paper label that is marked “Garde-Meuble Maple” and “American Bank”. The first part of the label clearly suggests that the piece was in the famous Maples Depository in Paris-at this time the firm had branches in London and Paris both for manufacturing fine furniture and for storage and removal purposes which was another service offered by the company. The American Bank is somewhat more mysterious. It is our belief that this probably refers to the London, Paris and American Bank Ltd, a firm that had premises at 17 Boulevard Poissonniere Paris until the reorganisation of the firm and its reincorporation as an American bank in 1908. It is not hard to understand why a firm such as this one would have been attracted to this table. Aside from the obvious grandeur and presence of the piece, it is a piece of furniture that effectively commemorates the relationship between France and America. What could be more perfect for a bank that worked in those markets and fostered co-operation between the two countries a century or so after the signing of the Treaty of Alliance? It is believed that the bureau plat made its way to America soon after its removal by Maples and it is highly likely that it formed part of the possessions of the American heiress and philanthropist Helen Bonfils. Bonfils’ father became rich as a result of his transformation of the Denver Post newspaper into an early proto-tabloid publication. He filled it with scandalous, and apparently frequently invented, stories and gossip mongering and, as a result, circulation went through the roof.

Unlike her father, Helen’s main interests were culture and the arts-in particular theatre. She was a major benefactor to many organisations related to the arts in Denver and beyond and there is still a Bonfils charitable foundation to this day. 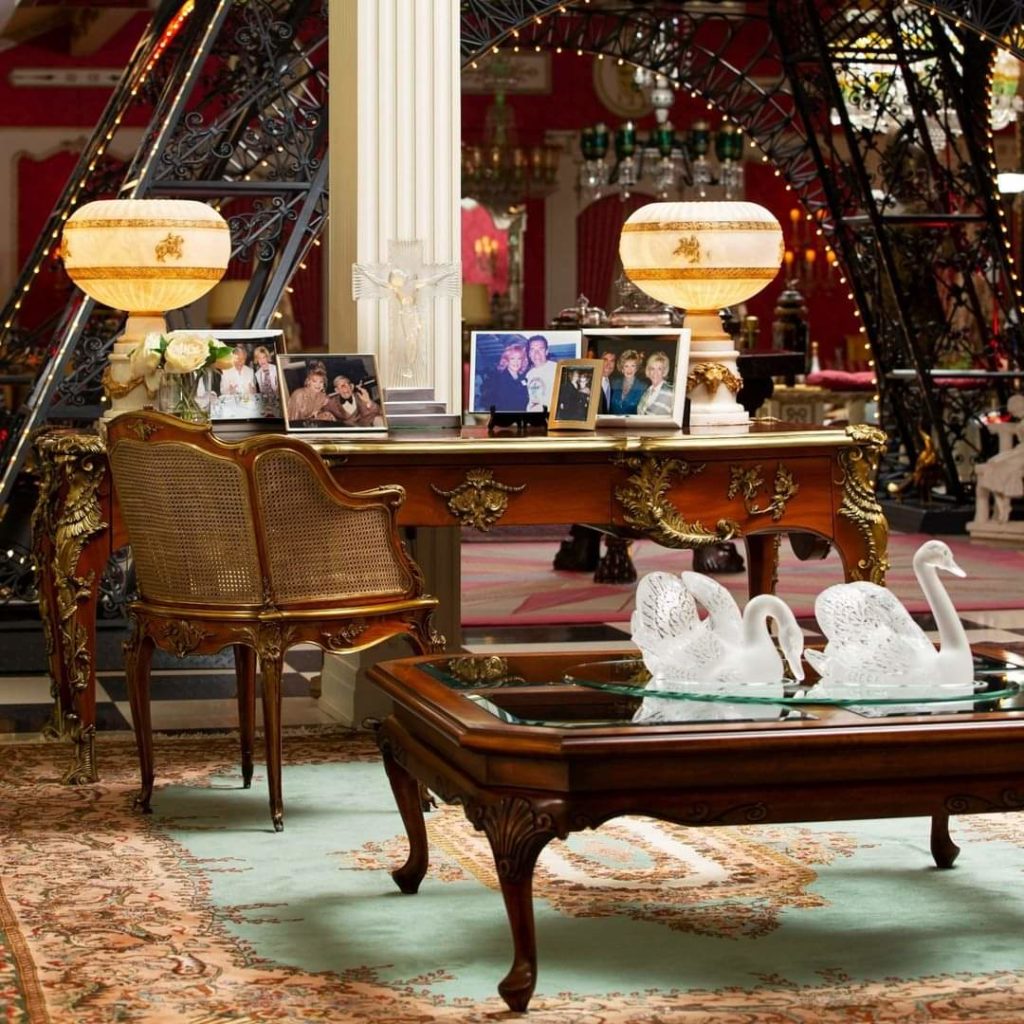 Prior to our ownership of the table, its last owner was the singer Phyllis McGuire who died in 2020. Mrs McGuire was part of the McGuire Sisters, an extremely well-known and successful vocal group in the 1950s and 60s. Phyllis was a friend of the Rat-Pack the group of singers and entertainers that included Frank Sinatra, Dean Martin and Sammy Davis Jr. In fact when we acquired the bureau plat, there was an unused whist scoring card for the Sammy Davis Jr Whist Tournament in the central drawer.

Perhaps unsurprisingly given her connections to the Rat Pack, Phyllis McGuire dated mobster Sam Giancana-the head of the “Chicago outfit” from 1957-66-for many years. This relationship led to the McGuire Sisters being blacklisted by several radio stations and limited their commercial potential at the height of their fame. Nonetheles, Mrs McGuire lived in a palatial home in Las Vegas and filled it with fine furniture and other antiques and works of art.

If only a piece could talk-what stories this bureau plat would have to tell. It has travelled the world and been witness to some incredible parties and, probably, some rather darker stories as well.

The table copies the Dubois model in almost every respect and there is a plaque inside the central drawer recording the fact that it is a copy of the Treaty of Alliance table. However the methods of construction are a little different-our piece is made in solid mahogany and not veneered as the 18th century piece would have been. The fine ormolu mounts are especially noteworthy and what is also of great importance is the quality of the locks used on the piece. The locks are all stamped VF for Vachette Freres. Established in 1864 in Troyes, this firm rose rapidly in importance and was soon the favoured supplier of locks to most of the great Parisian ebenistes of this period. The firm’s workshops moved from Troyes to Sailly-Flibeaucourt in 1870 and commercial offices were established in Paris. Just like Bramah locks on English furniture, the presence of Vachette Freres locks shows that a piece was made with the highest standard of fixtures and fittings and that no corners were cut in its manufacture.

The table is a real conversation piece and we look forward to helping it find an ideal new home and beginning the next part of its fascinating story. 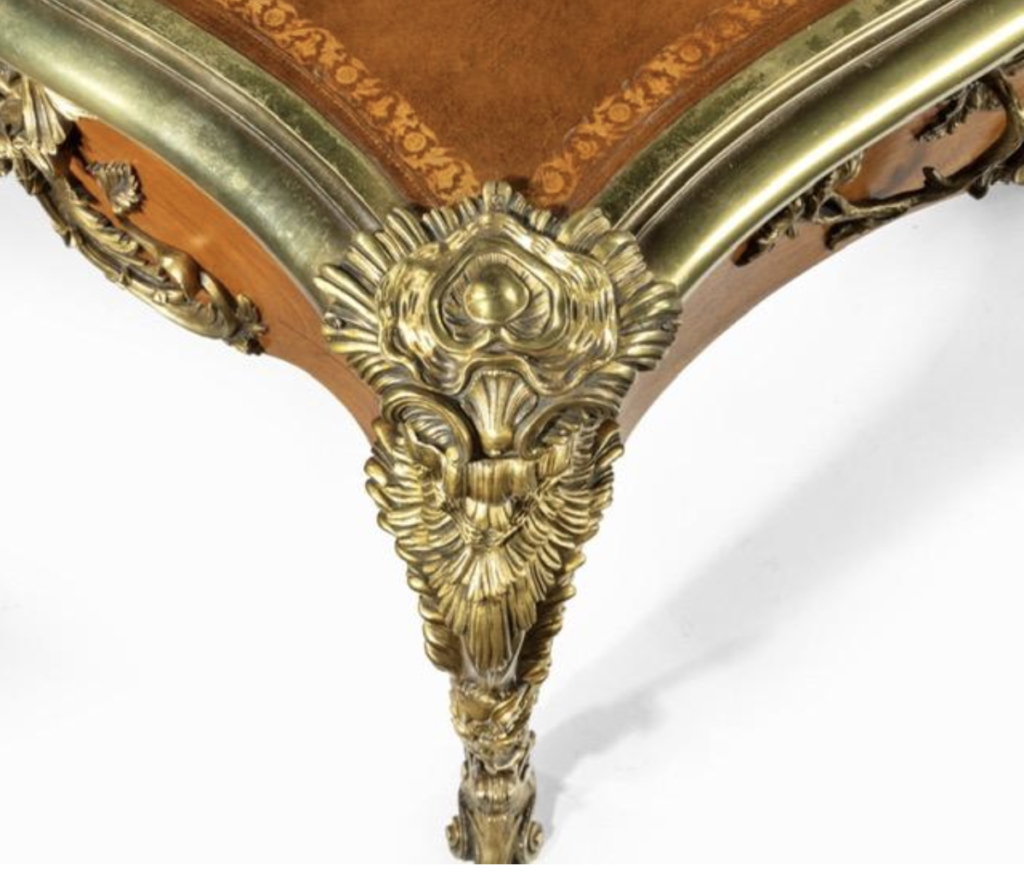