Back To Work at the LAPADA Show – September 2016 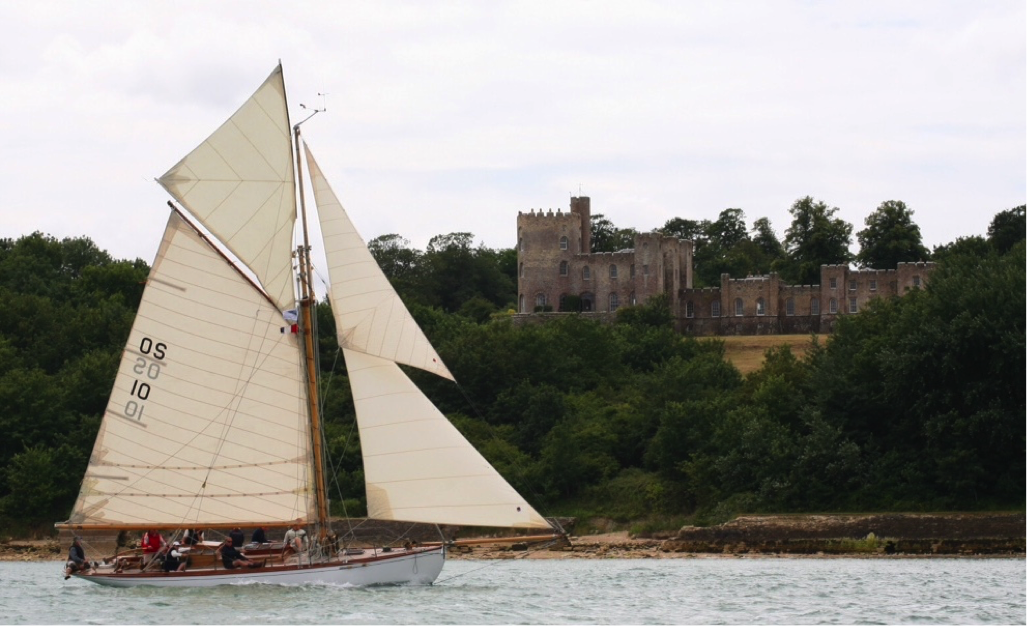 We have spent the summer, as we always do, boating in the Solent on our large floating antique ‘Beeleigh’, a 36 foot 1913 Fred Shepherd design gaff-rigged yacht, built in Brightlingsea. She has featured as cover girl for various publications including ‘Classic Boat’, The Old Gaffers’ Association 50th Anniversary publication and even the Panerai Classic Yacht Challenge Calendar (below right). We are always waving for the camera at regattas or even just sailing along minding our own business. However – having spent 5 years racing her, and winning some lovely trophies along the way, we turned to cruising this year. Unfortunately as she needs a crew of at least five but only has berths for two this has not been a total success, particularly this summer when sleeping on deck has resulted all too often in a thorough drenching or sleeplessness from the wind piping up in the rigging! So she is now for sale and our next yacht will be more modern and berthed somewhere balmier.

Now, as we enter September and the children go back to work, Uni and school, we are gearing up for LAPADA which starts in just over a week’s time (13-18th). We will be showing our normal exciting mix of antiques including some arrivals from our latest container. Luckily it docked just in time for us to have a photo shoot, do some waxing and polishing, but not a full scale restoration (which is sometimes a good thing, for example the rare double Wellington chest by Gillows is in its original state) and then re-packing for the journey to Berkeley Square.

Charlie is especially thrilled to have found some beautiful examples from of his favourite genres: furniture by and attributable to Gillows (the double Wellington chest, the desk, the wine cooler and the folio stand) and Black Forest wood carvings (more eagle groups, a shepherd with mountain goats and several wall appliques including a very fine pair depicting the bounty of the land and the sea- the detail below shows Neptune with a catch of fish and crayfish).

Once again we are teaming up with Mr Fogg’s so do go there for a relaxing drink – I just hope they are ready on time! We hope you too have had a relaxing and happy summer and look forward to welcoming you on Stand A26. For tickets for LAPADA or The Decorative Fair, which follows swiftly after, please ring Eva in the office or download them from the invitations below. 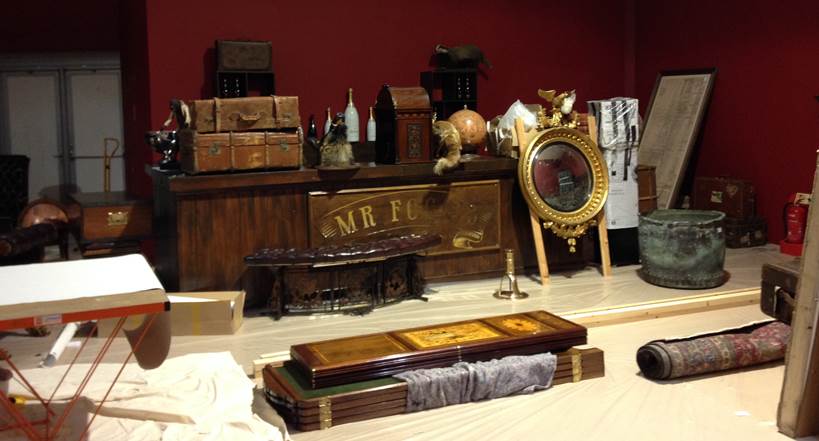 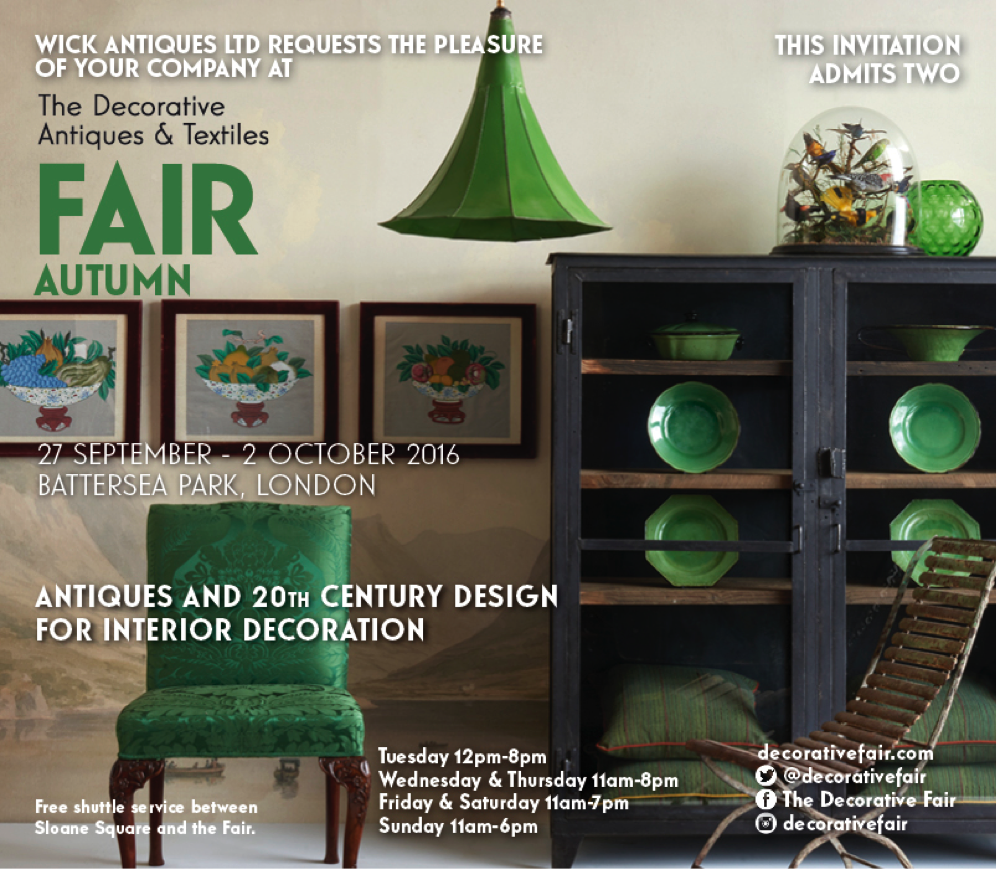