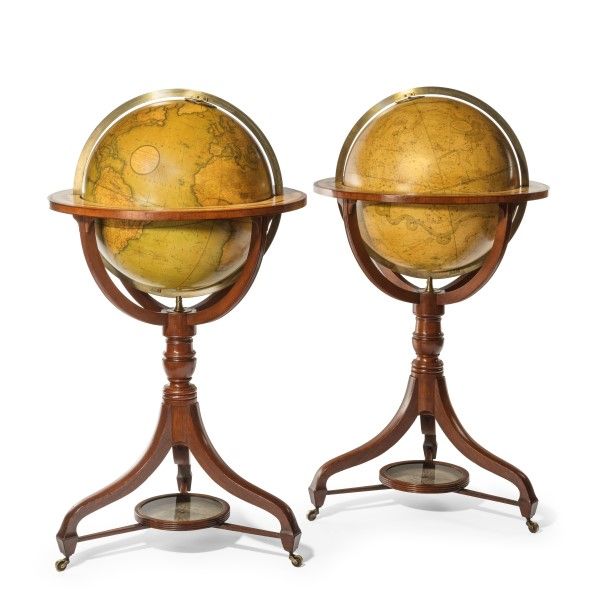 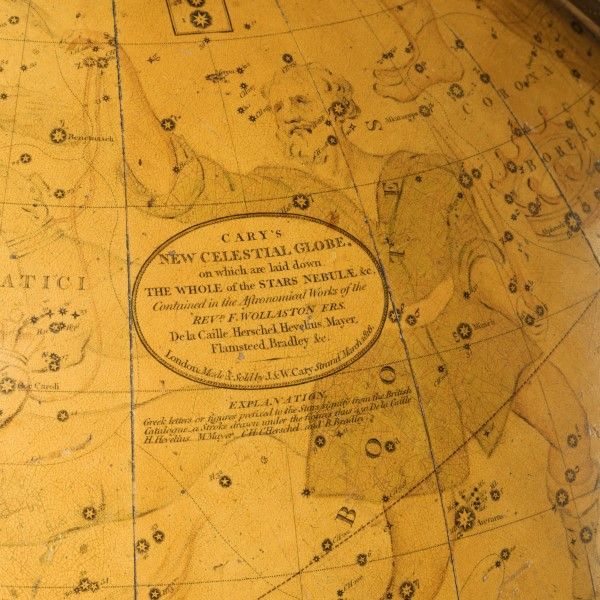 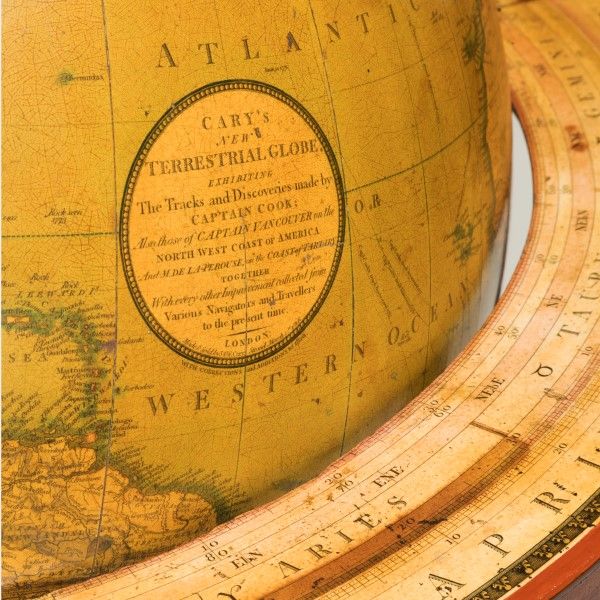 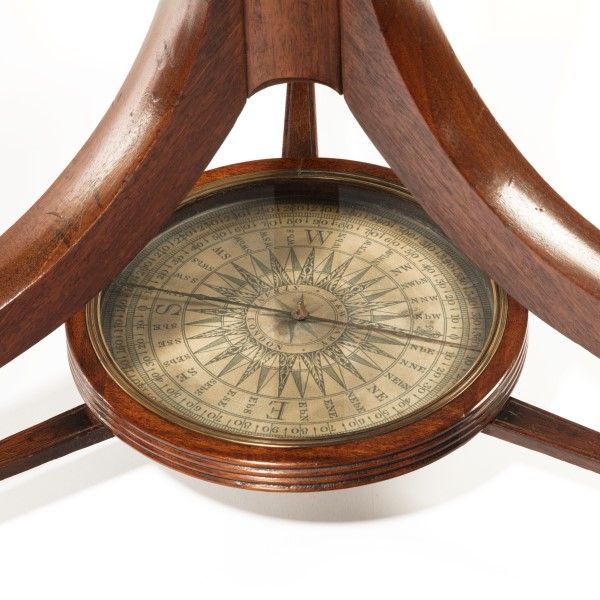 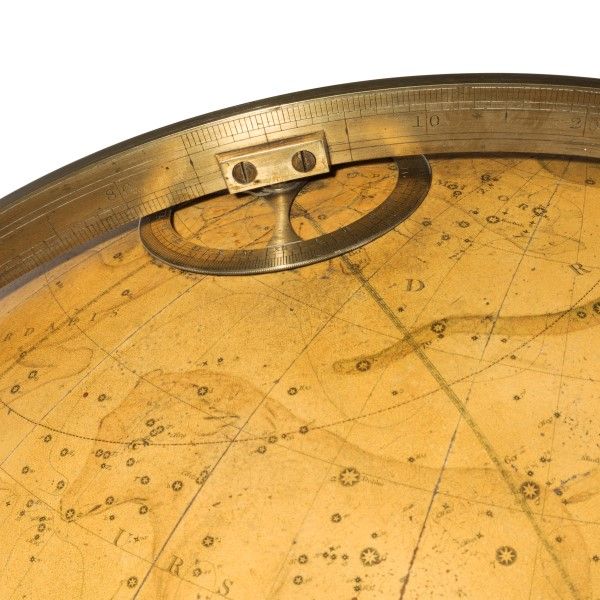 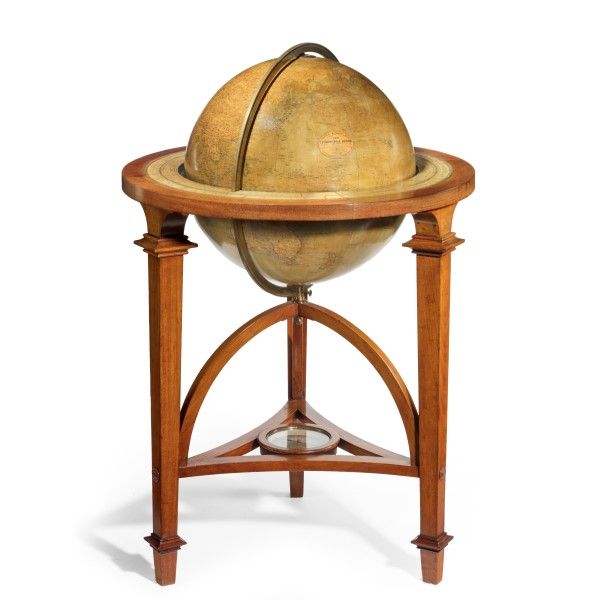 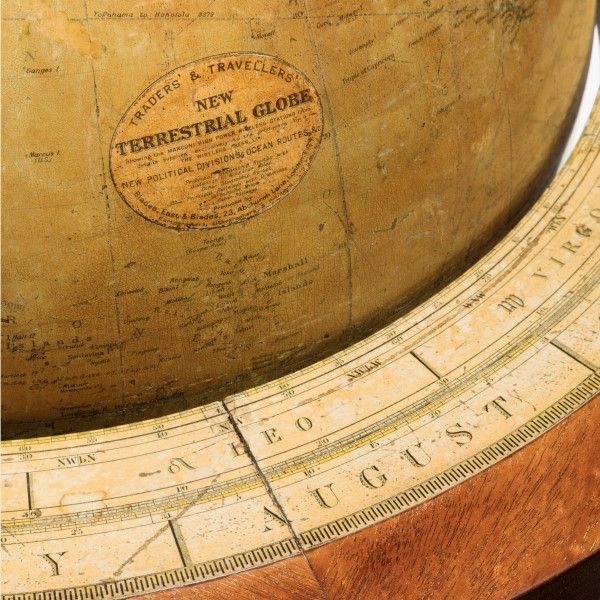 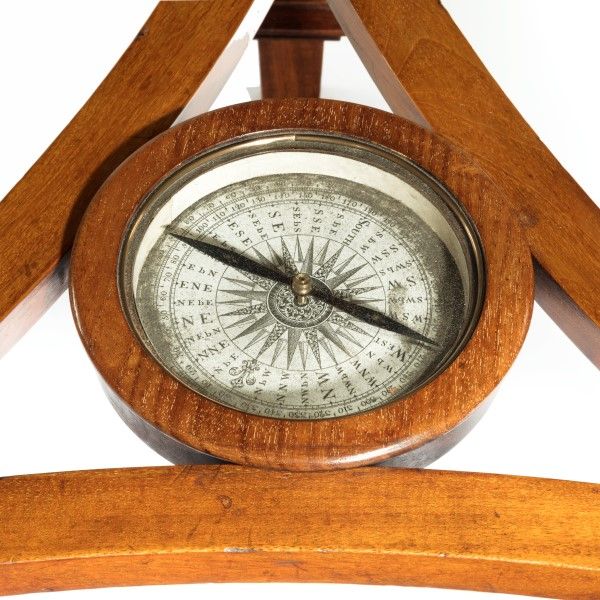 The terrestrial with cartouche printed “Cary’s New Terrestrial Globe exhibiting the Tracks and Discoveries made by Captain Cook; Also those of Captain Vancouver on the North West Coast of america and M.De La Perouse, on the coast of Tartry, together with every other improvement collected from various Navigators & Travellers to the present time. London. Made and sold by J & W Cary, Strand, March 1st, 1816, with correction & editions to 1826”; the celestrial globe with cartouche printed “Cary’s New celestrial globe on which are laid down the whole of the stars nebulae &c, contained in the Astonomical works of the Revd. F. Wollaston F.R.S. De la Caille, Herschel, Hevelius Mayer, Flamsteed, Bradley &c. London: Made and sold by J.W. Cars, Strand, March 1816”; each sphere in brass meridian and horizon rings supported by four arms and a central mahogany column terminating in trepod feet joined by a stretcher centered by a compass, raised on casters.

Each globe retains its original horizon papers and compasses. The original compass papers are also in place but we have put replacement papers over the top.