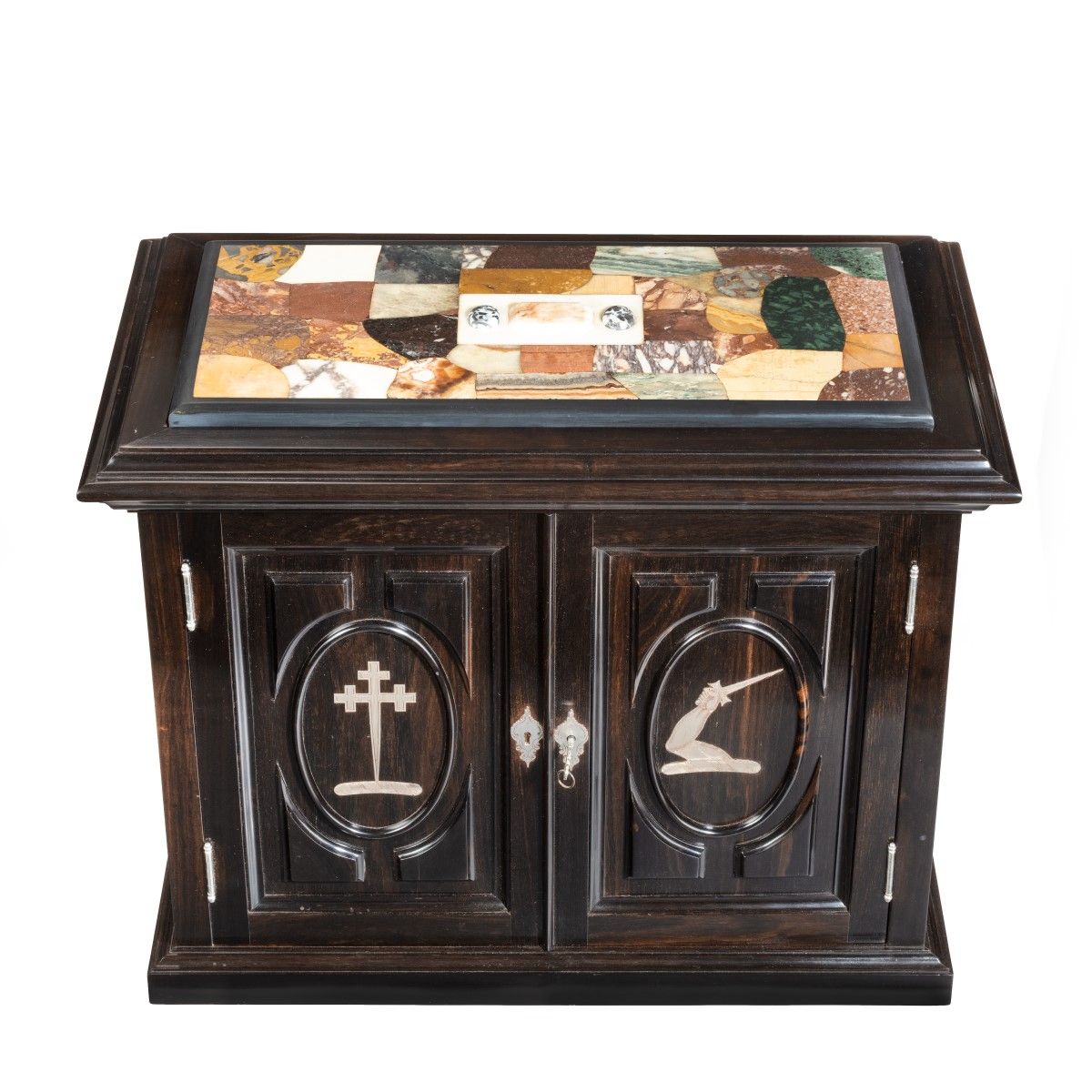 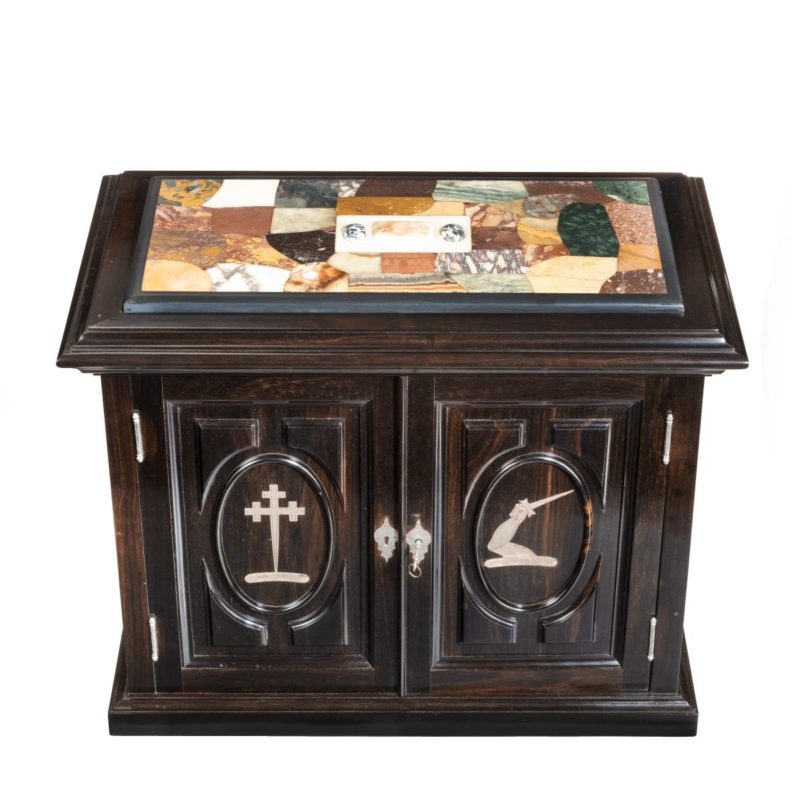 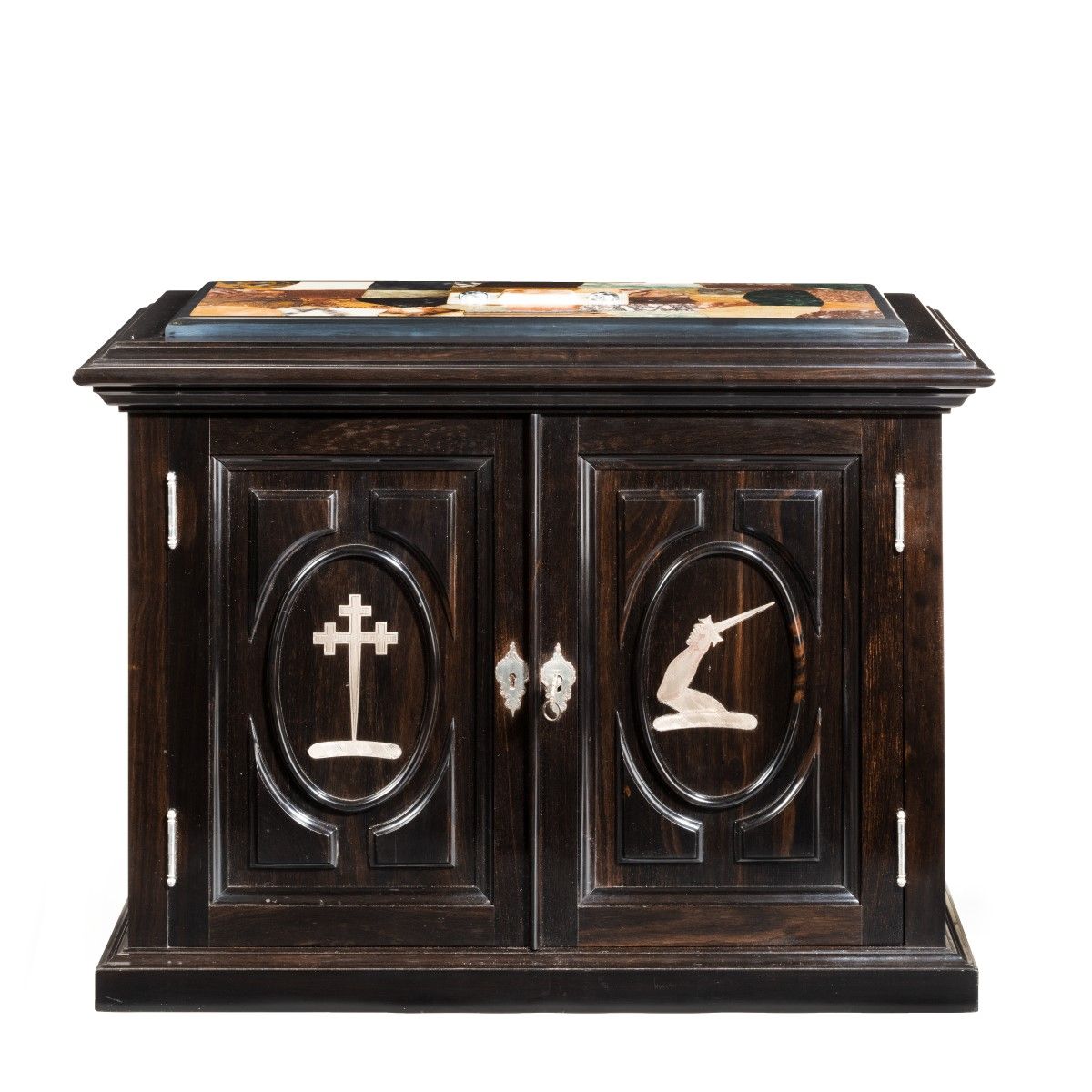 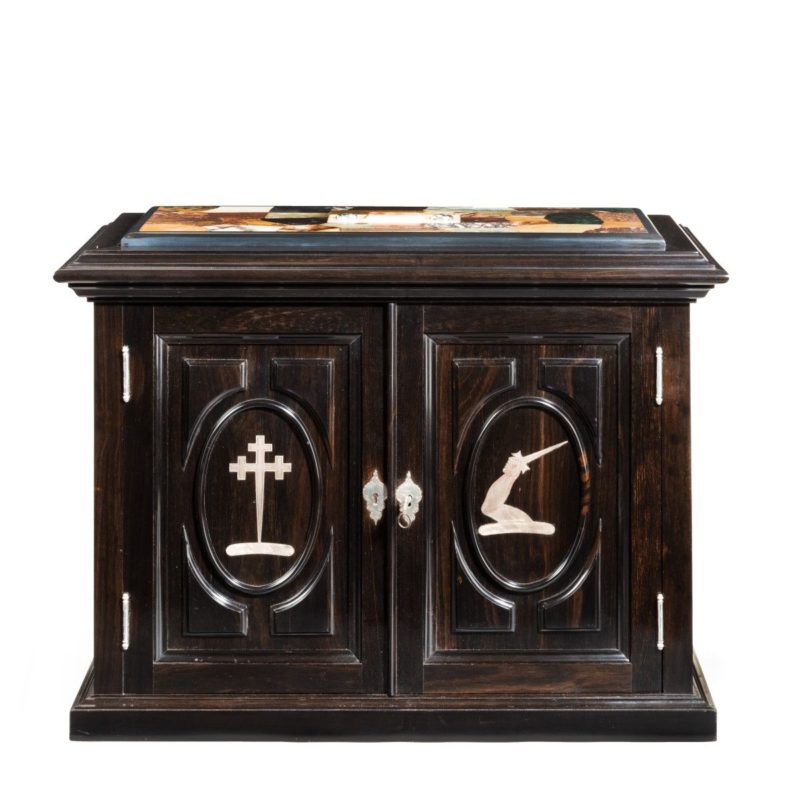 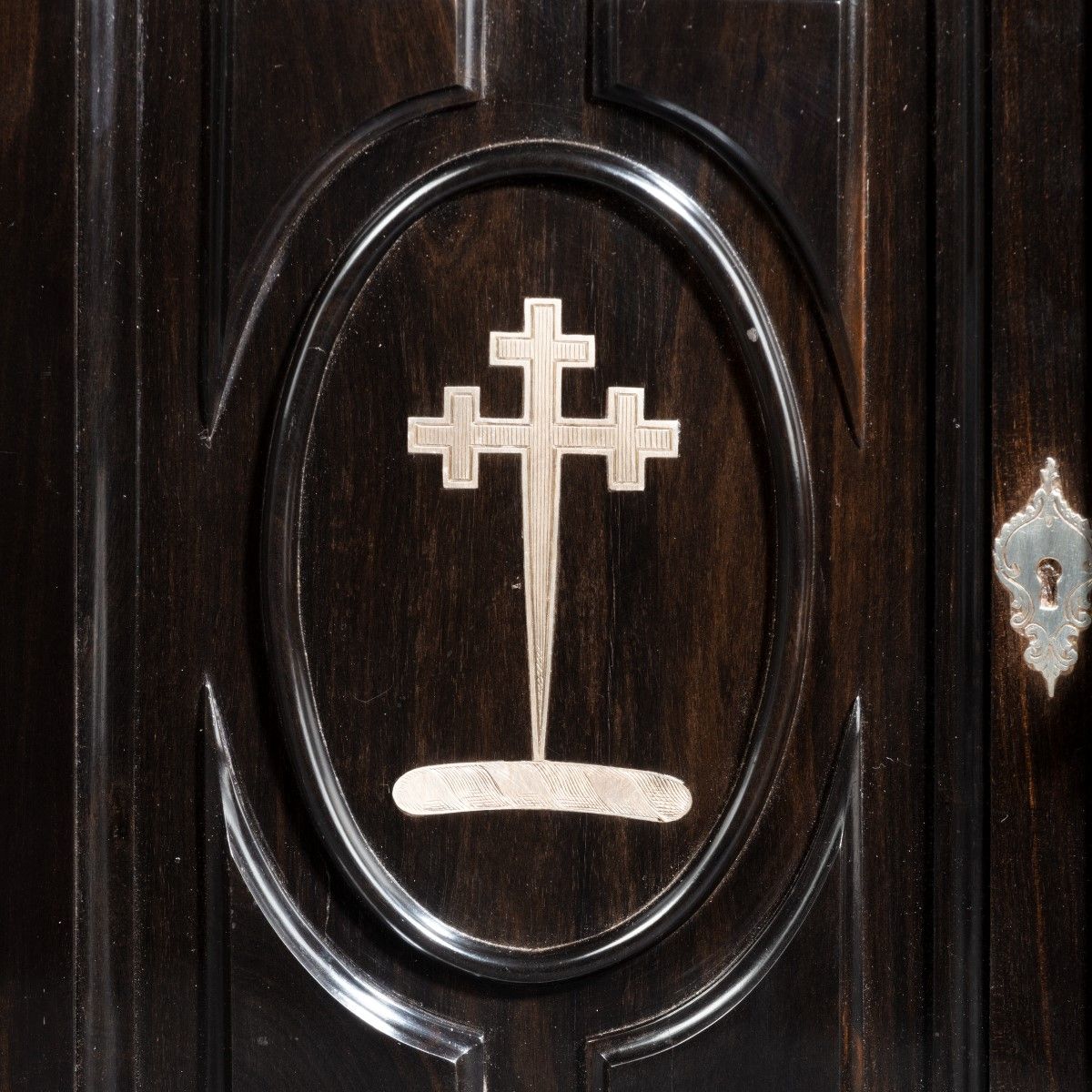 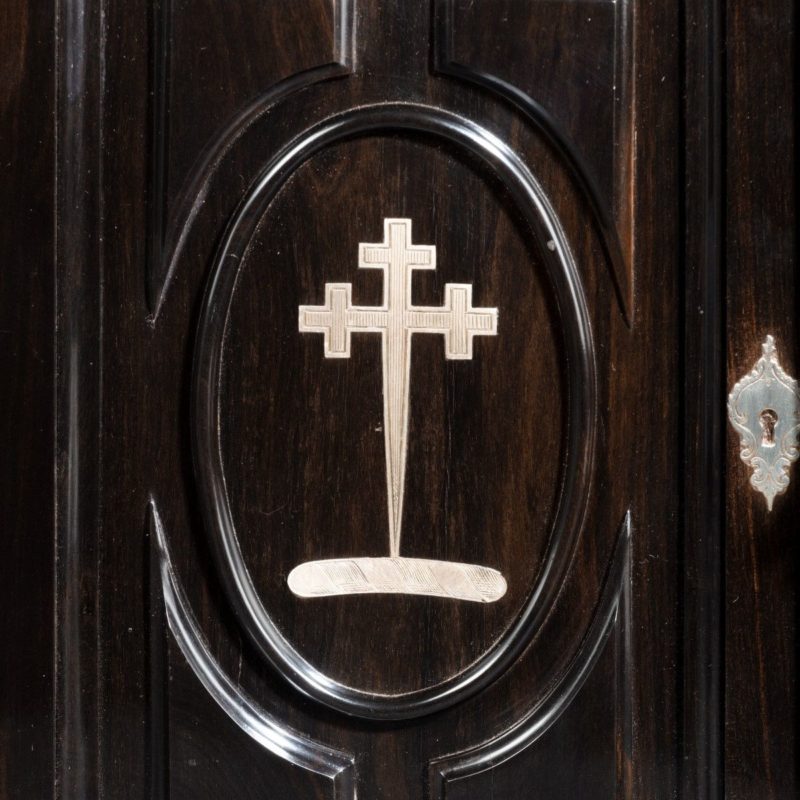 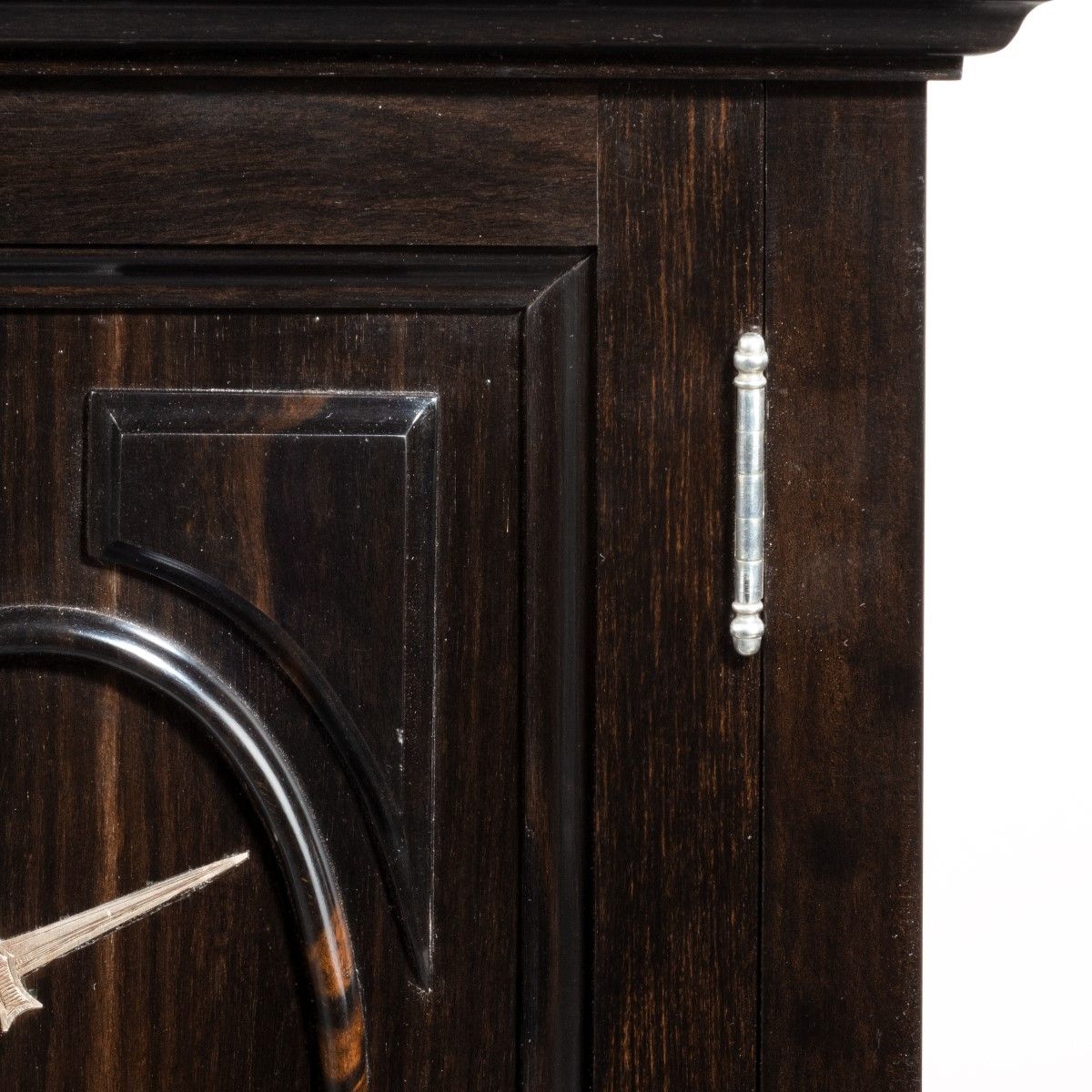 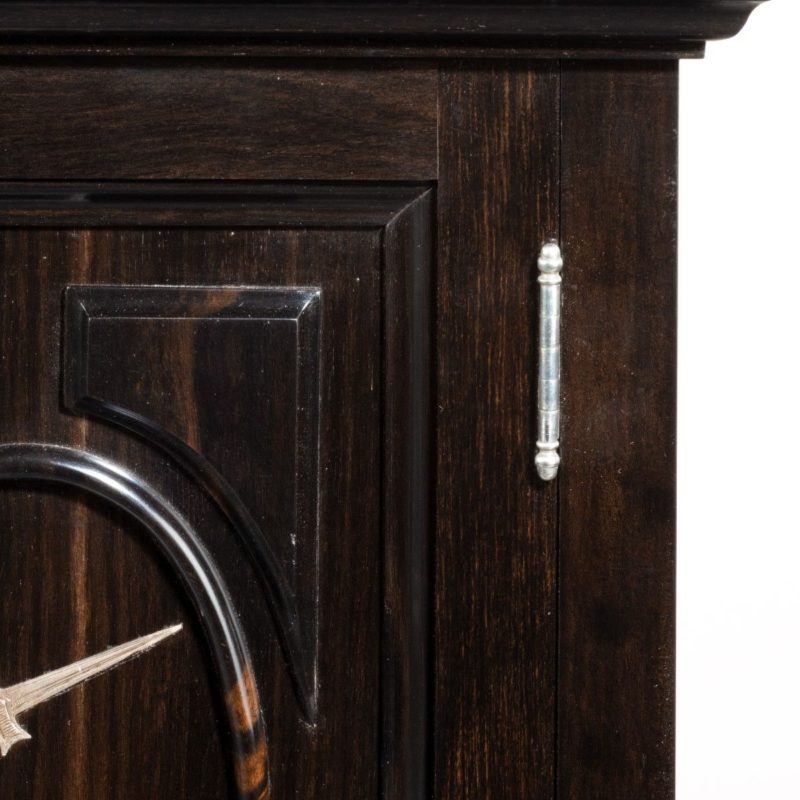 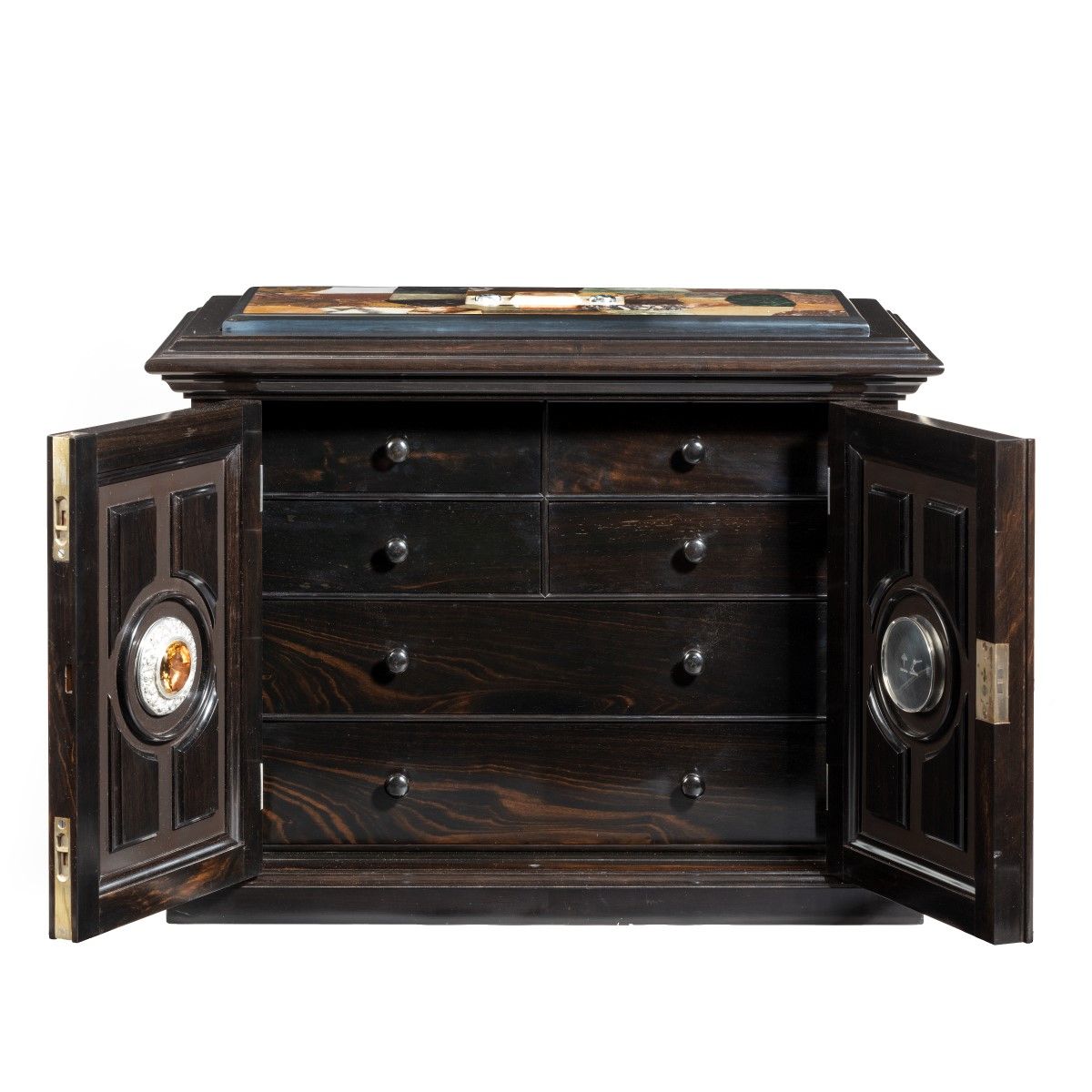 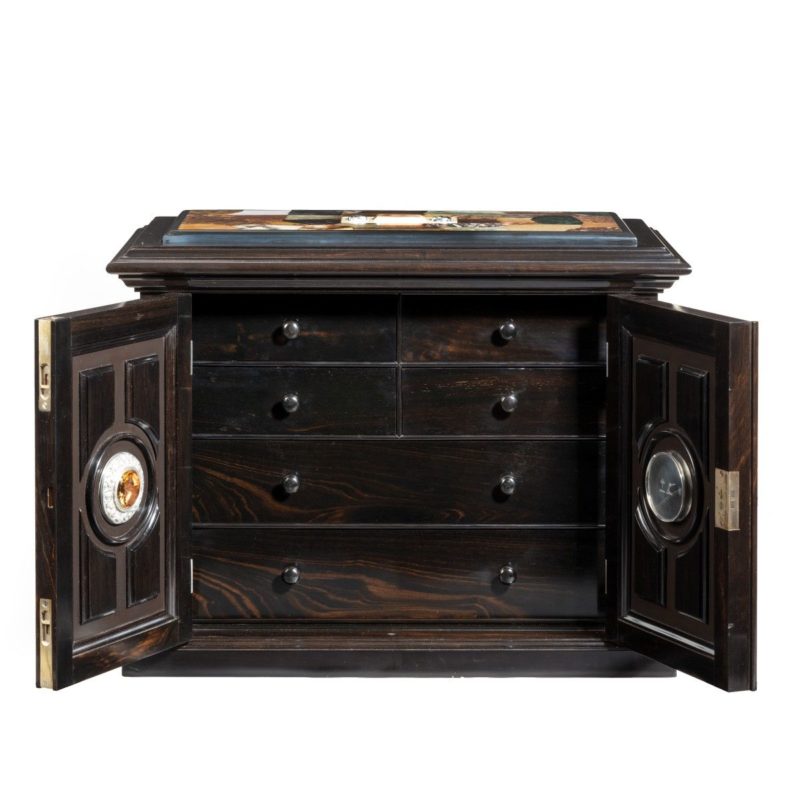 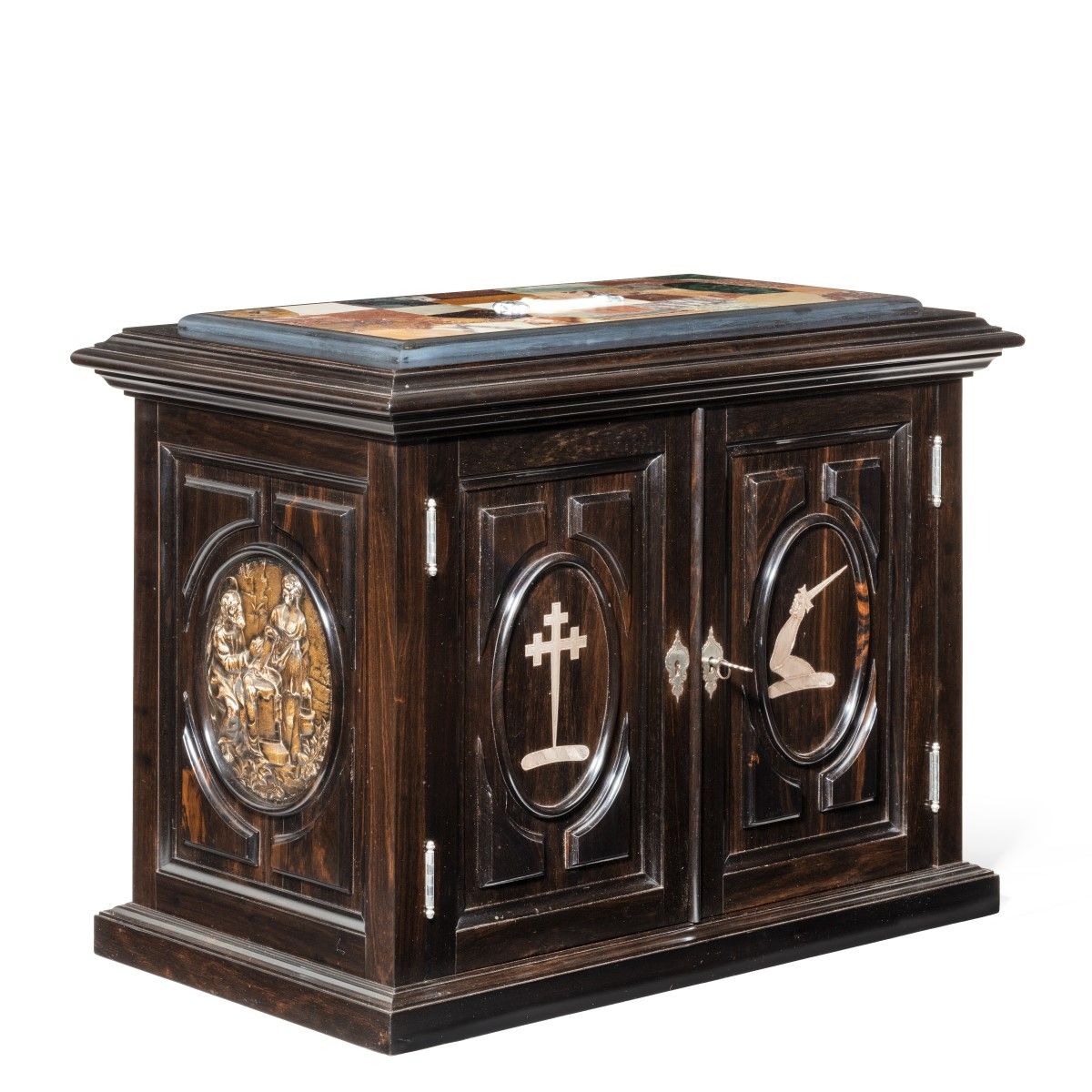 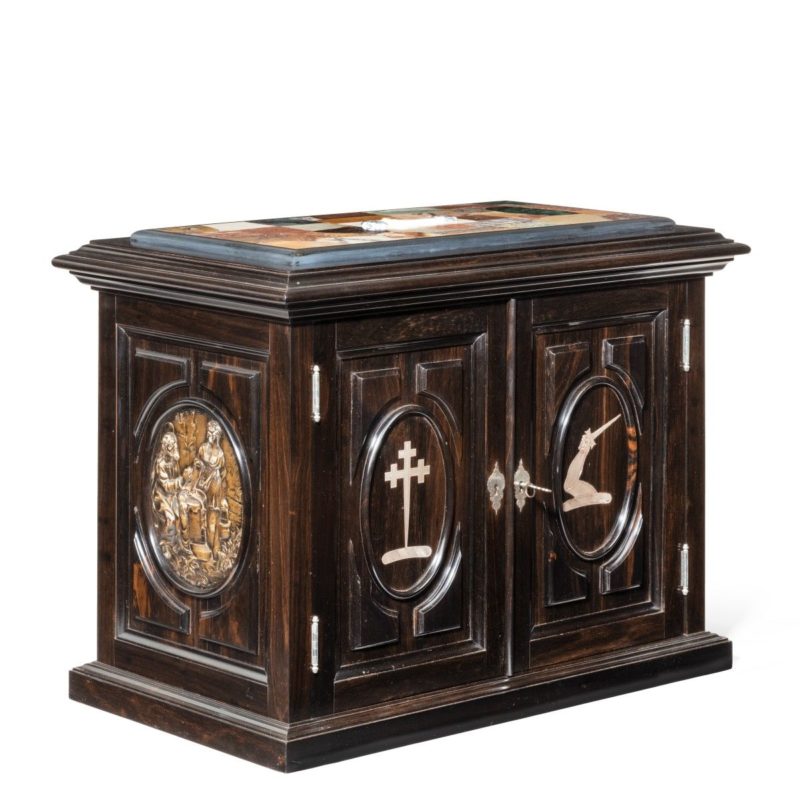 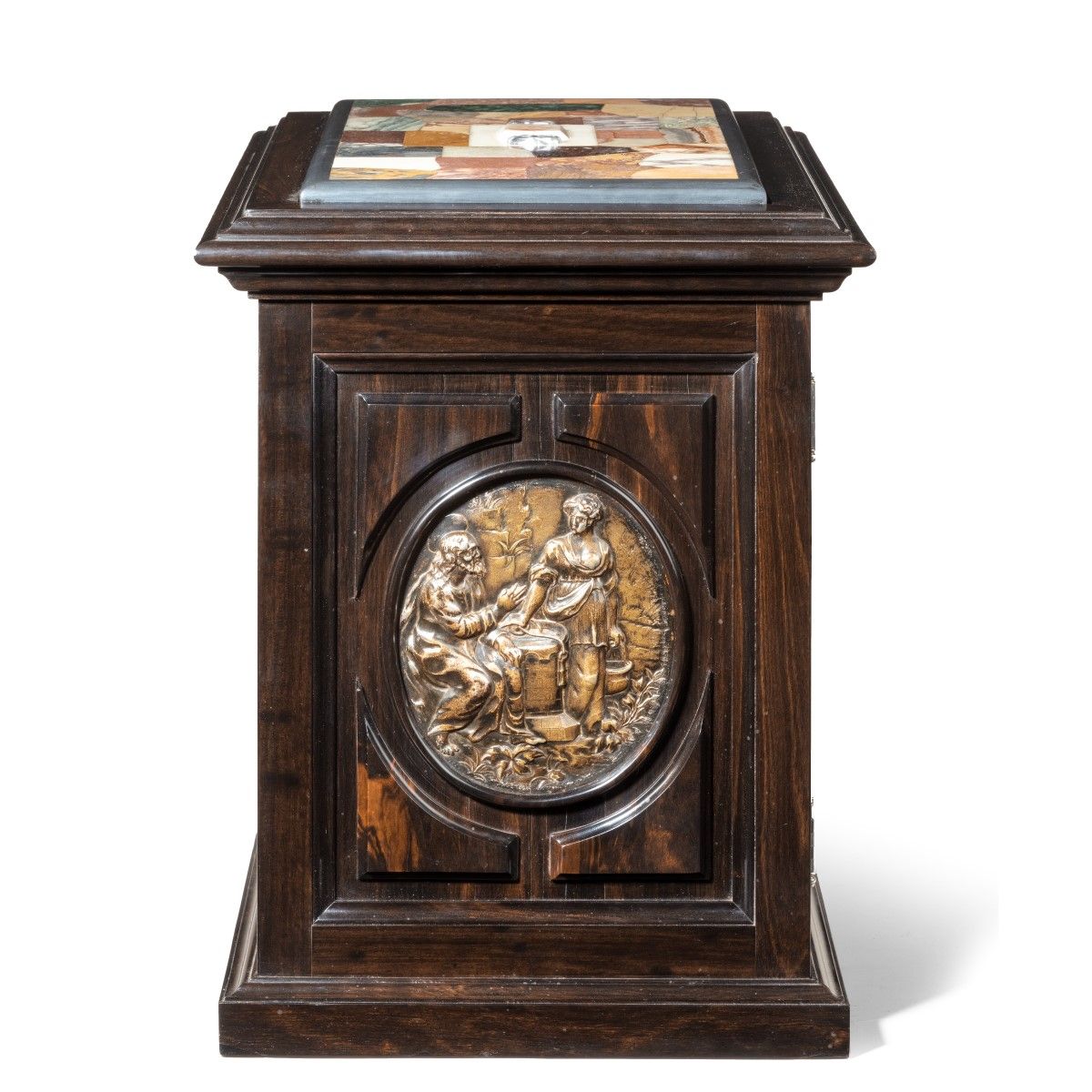 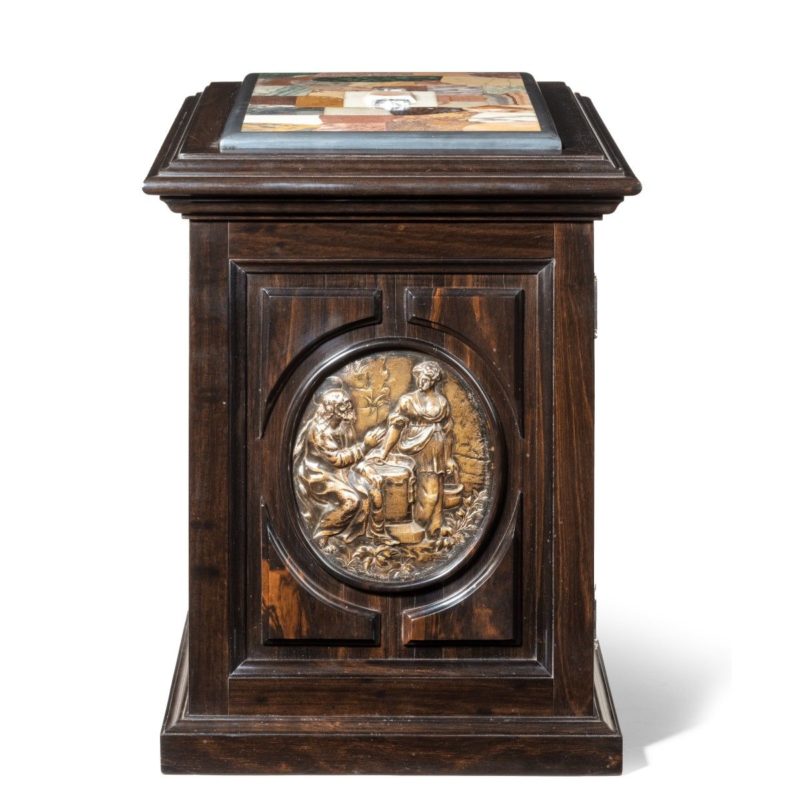 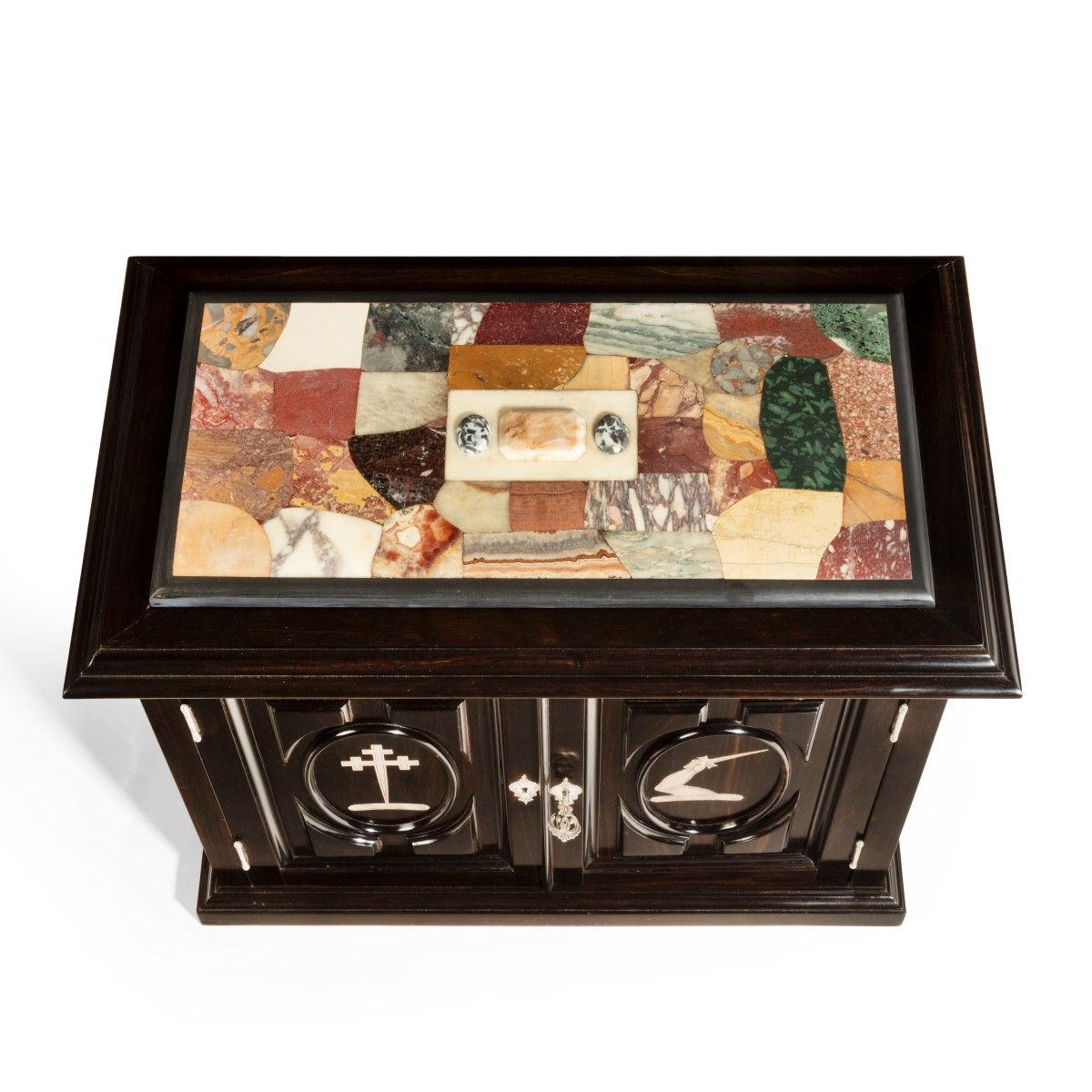 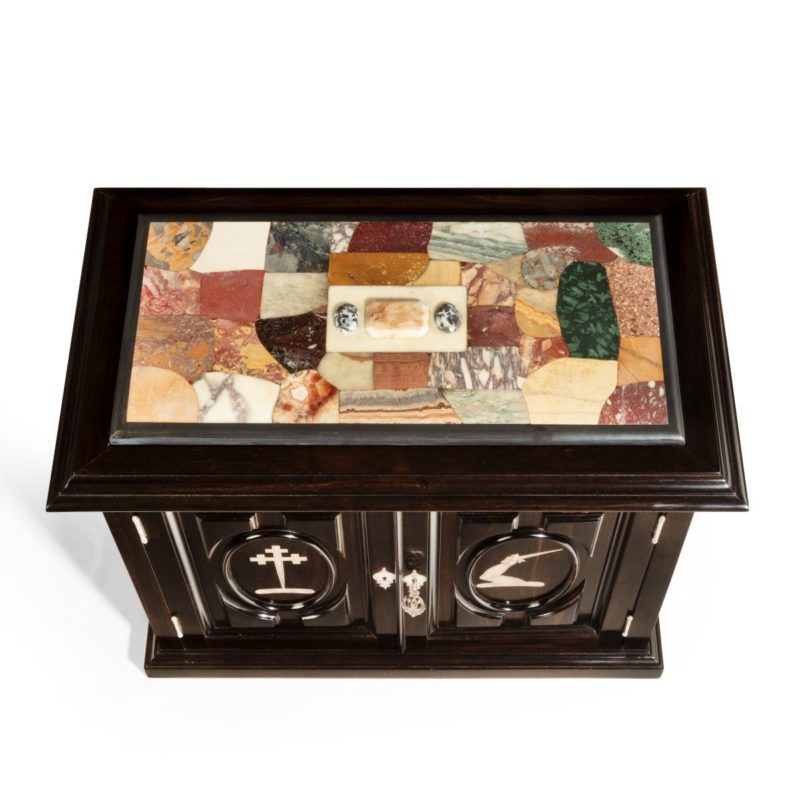 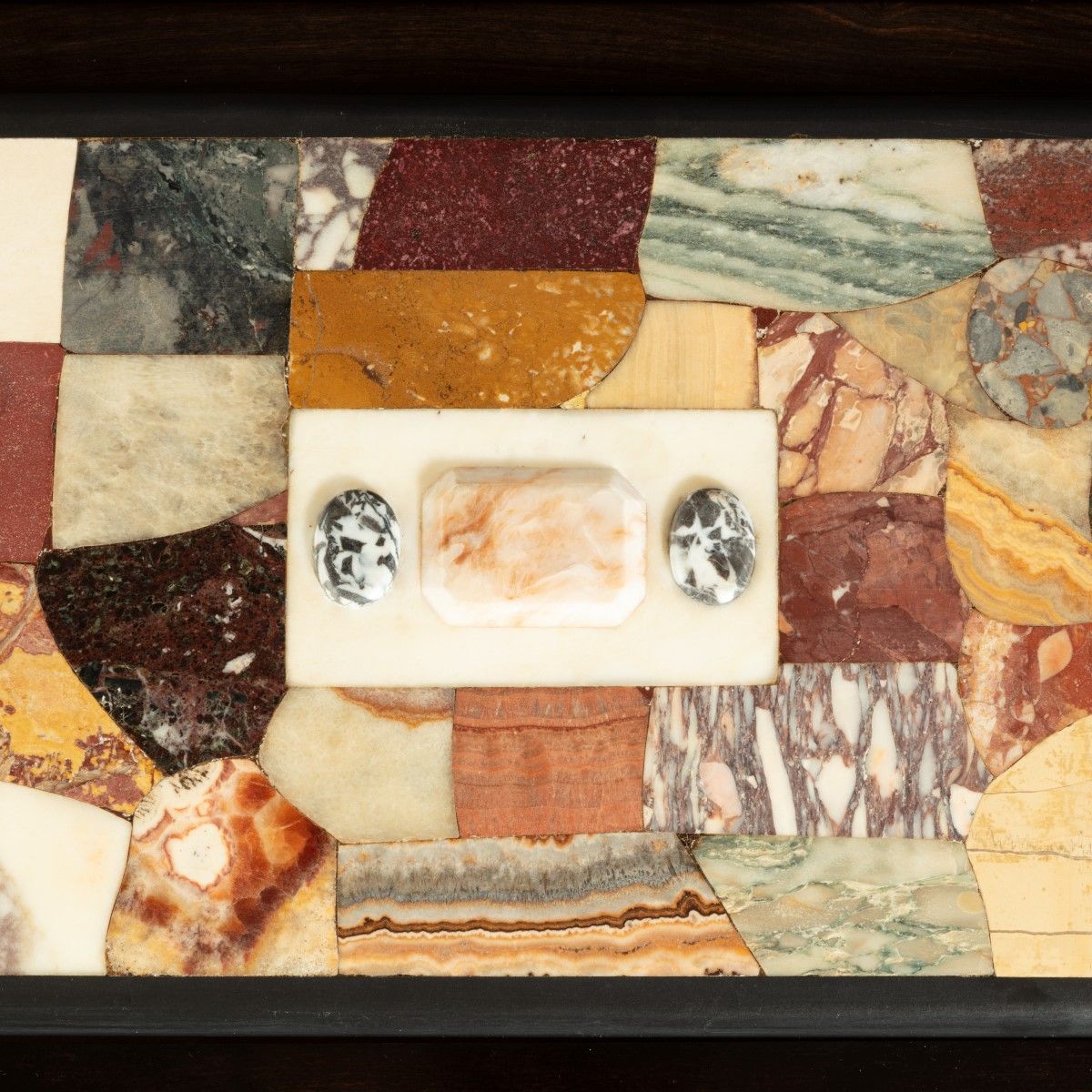 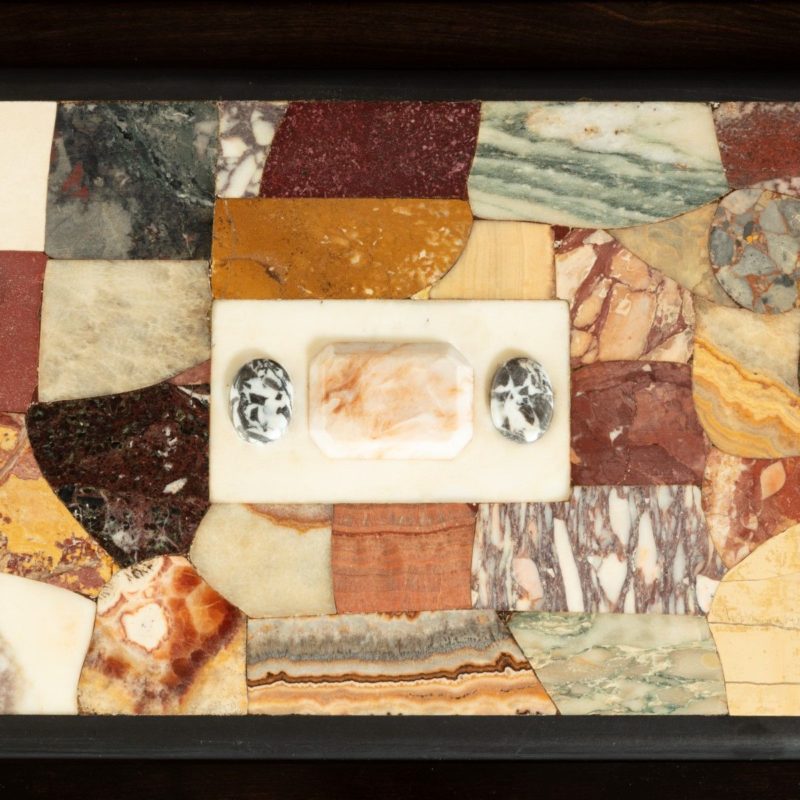 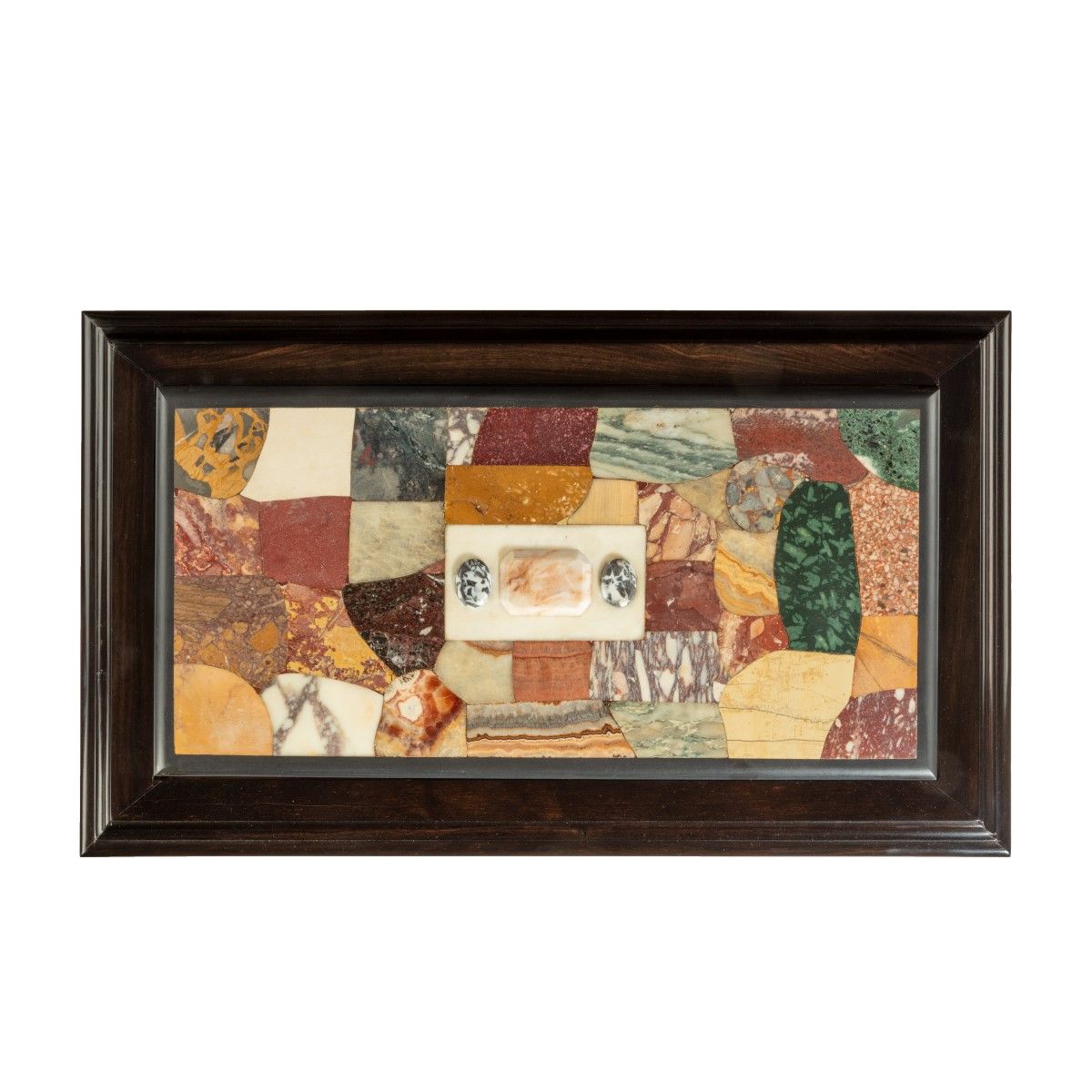 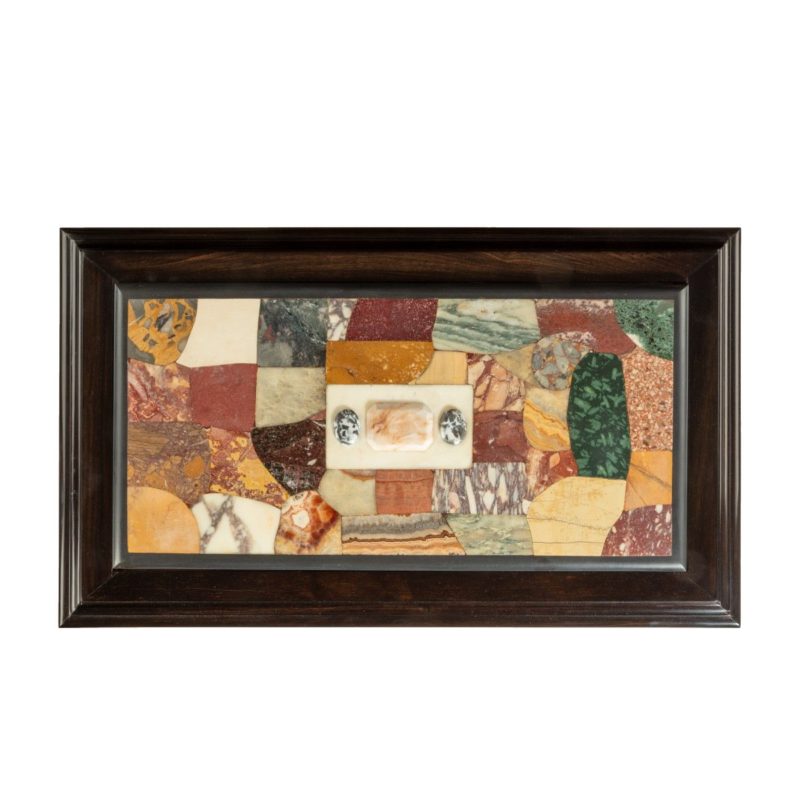 A superb early Victorian ebony collector’s cabinet, of rectangular form with two cupboard doors opening to reveal four short and two long drawers lined in the original silk velvet, the top inset with a pietra dura panel of British hardstones and marbles, the panelled doors to the front and the back both centred on ovals enclosing the silver-inlaid arms, comprising a cross crosslet and an arm brandishing a sword, the sides with Biblical scenes and the insides of the doors set with cairngorms within worked silver mounts. Scottish, circa 1850.

Throughout her reign, Queen Victoria was enchanted with Scotland. Whilst her husband Prince Albert was still alive the Royal couple bought Balmoral Castle and enjoyed spending time there each year. After Albert’s death, the Queen still continued to visit and famously enjoyed a very close relationship, whether romantic or not, with her Scottish servant John Brown.

One result of the Queen’s love of the country was a flourishing trade in Scottish jewellery and other decorative arts. Native Scottish semi-precious stones, of the sort used in this cabinet, became very fashionable indeed and Scottish iconography more generally became a subject of great fascination. It is likely that this cabinet is a highly sophisticated example of a piece made during this period.

The two symbols inlaid on the doors of the cabinet are Scottish clan badges-the Latin cross on the left-hand door symbolising Clan Donald and the arm on the right-hand door Clan Wallace. Although it is possible that this piece was made for a client with genealogical links to both clans, it is perhaps more likely that the badges were chosen for decorative effect and because the two clans concerned were amongst the most widely known outside of Scotland as well.

The silver mounts used throughout the piece are of exceptional quality-even down to the hinges on the main doors-and the use of ebony rather than ebonised wood is a further sign of the quality of the piece.

It has been possible to identify the Biblical panel on one side of the cabinet as Christ and the woman of Samaria (or Samaritan woman) at the well. The scene was depicted by countless artists throughout Europe and America from the Renaissance onwards.

No expense was spared in the design and construction of this cabinet and the original owner would have been someone of great wealth and fashionable taste. We are sure that a discerning modern day connoisseur will find it equally appealing and it would enhance even the finest collection.