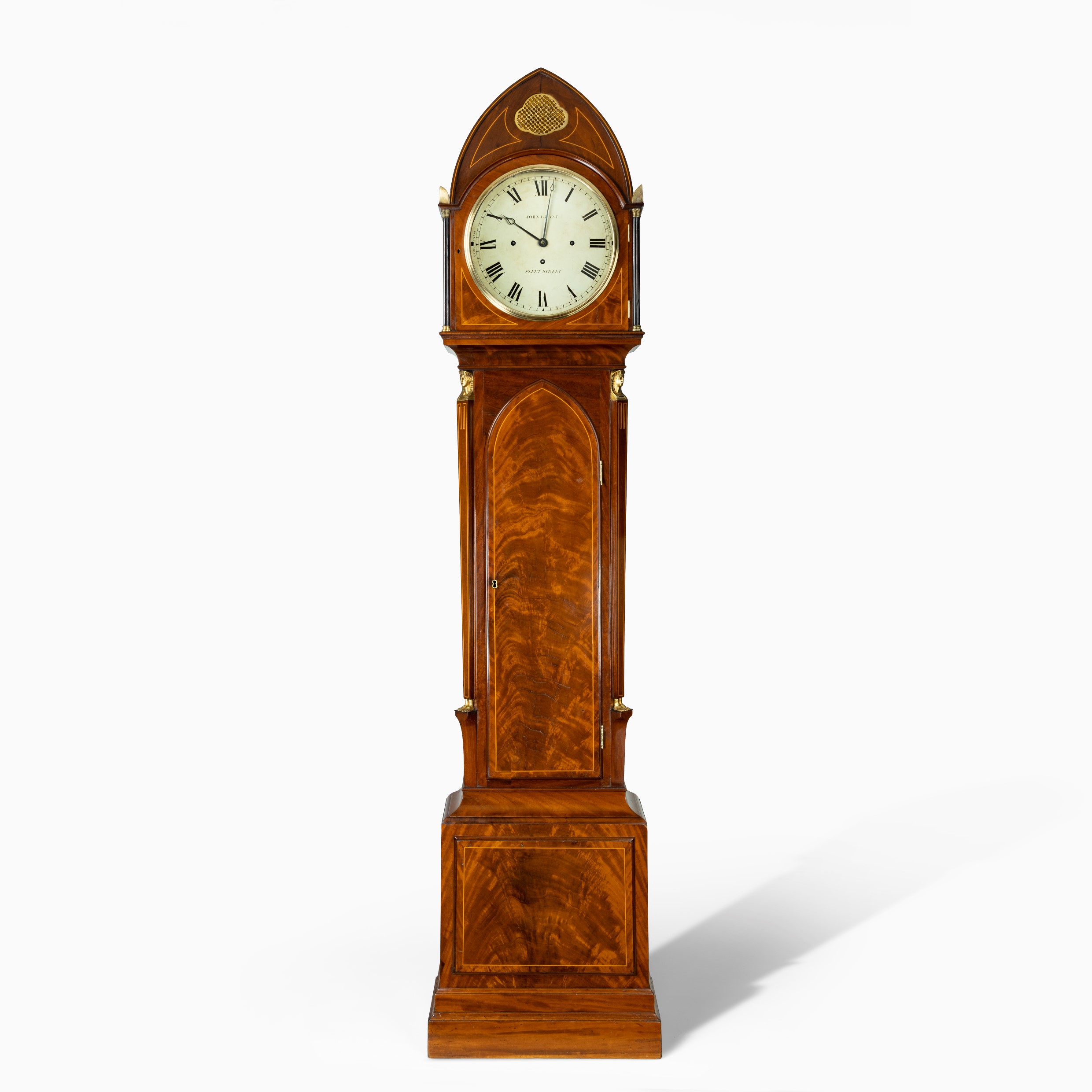 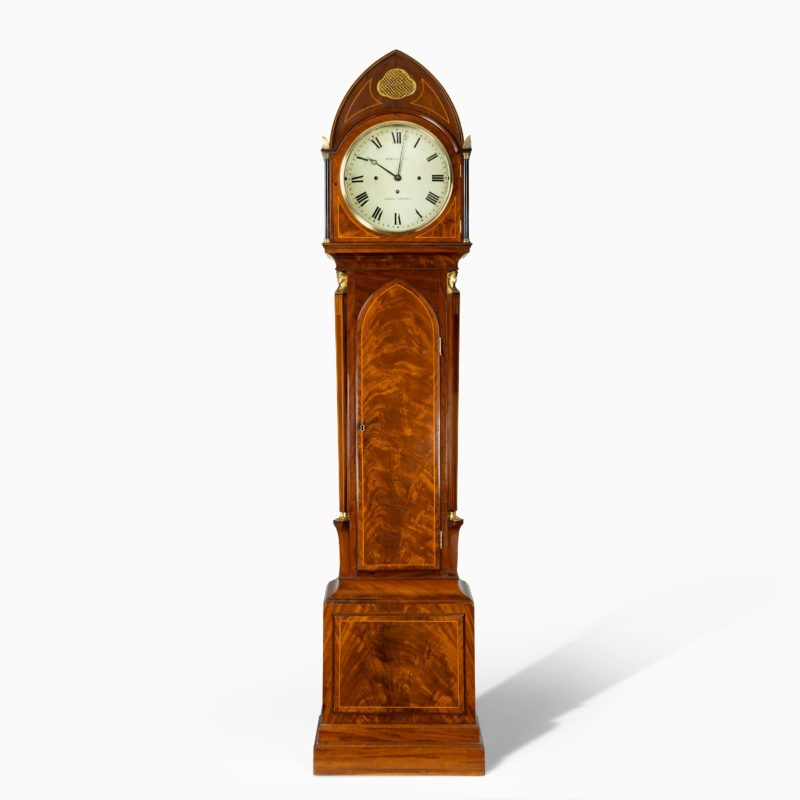 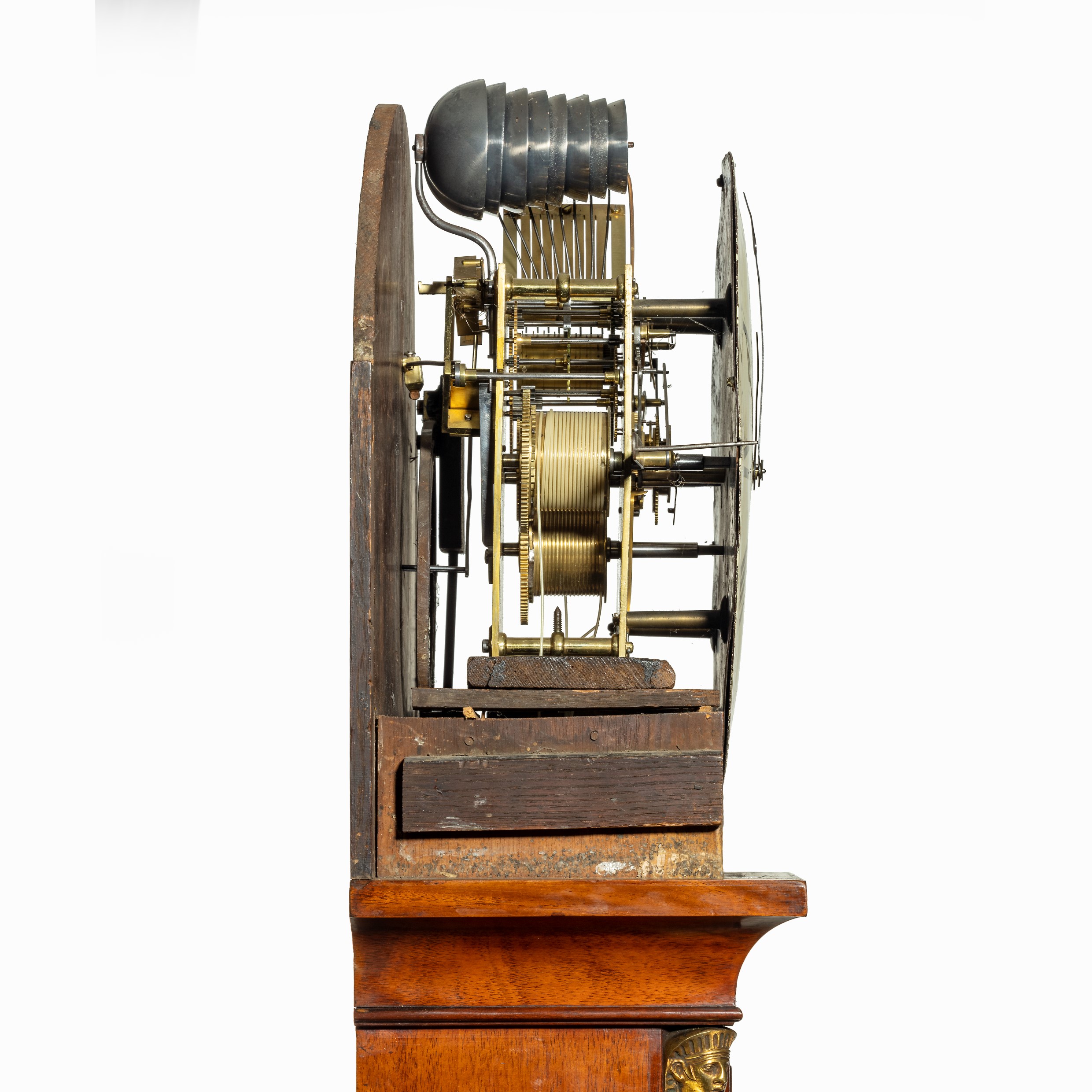 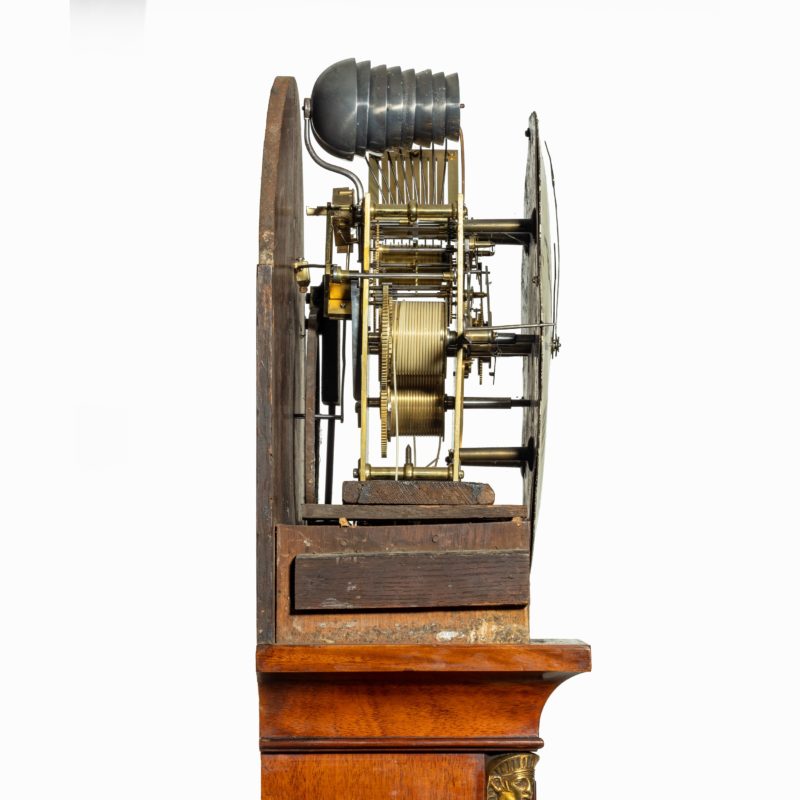 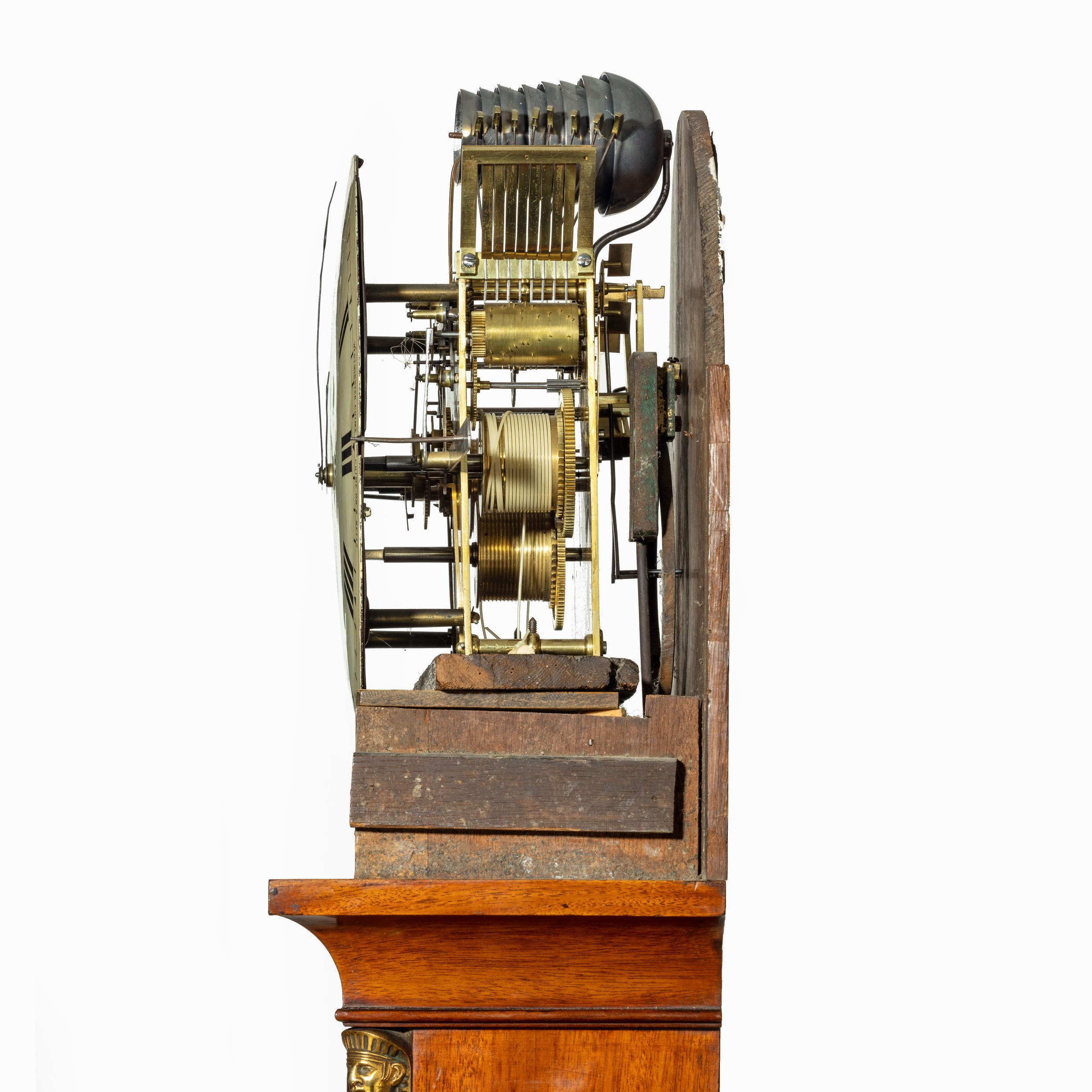 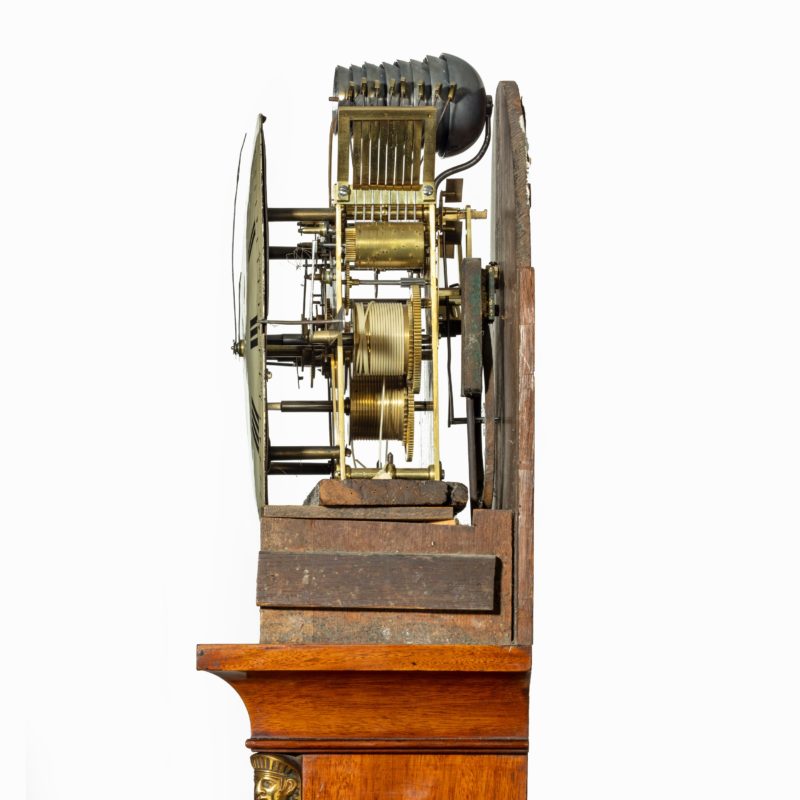 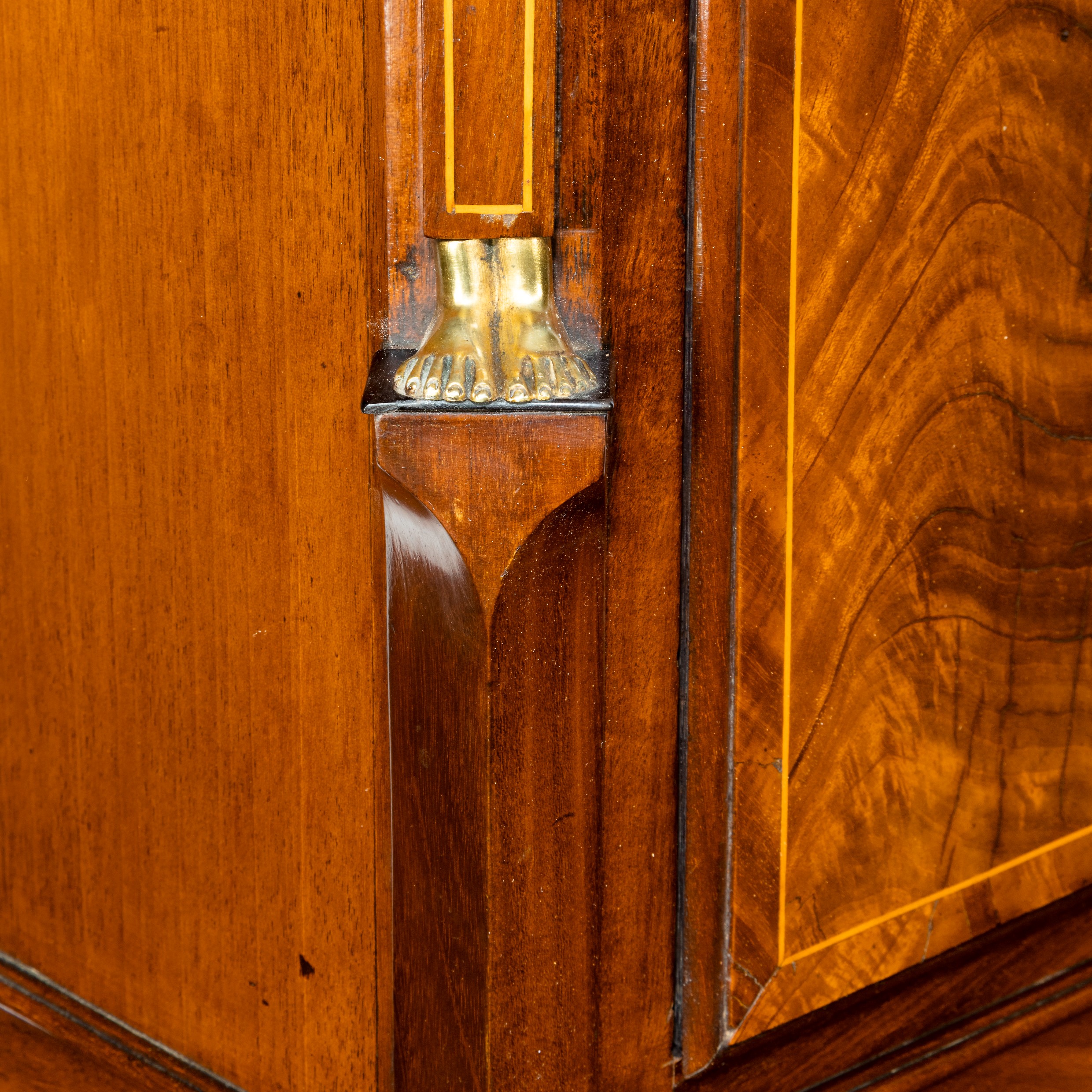 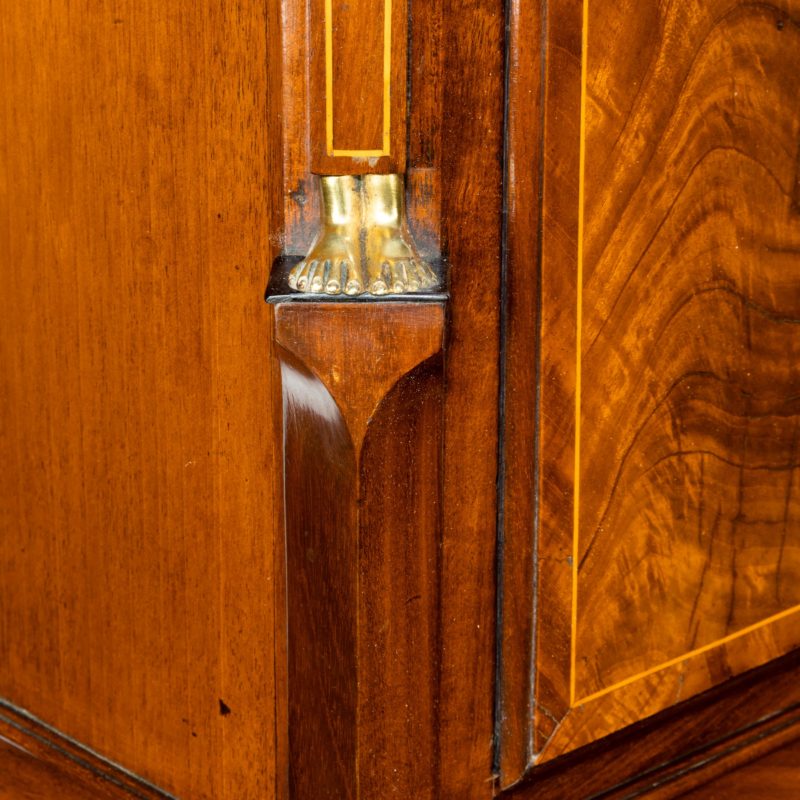 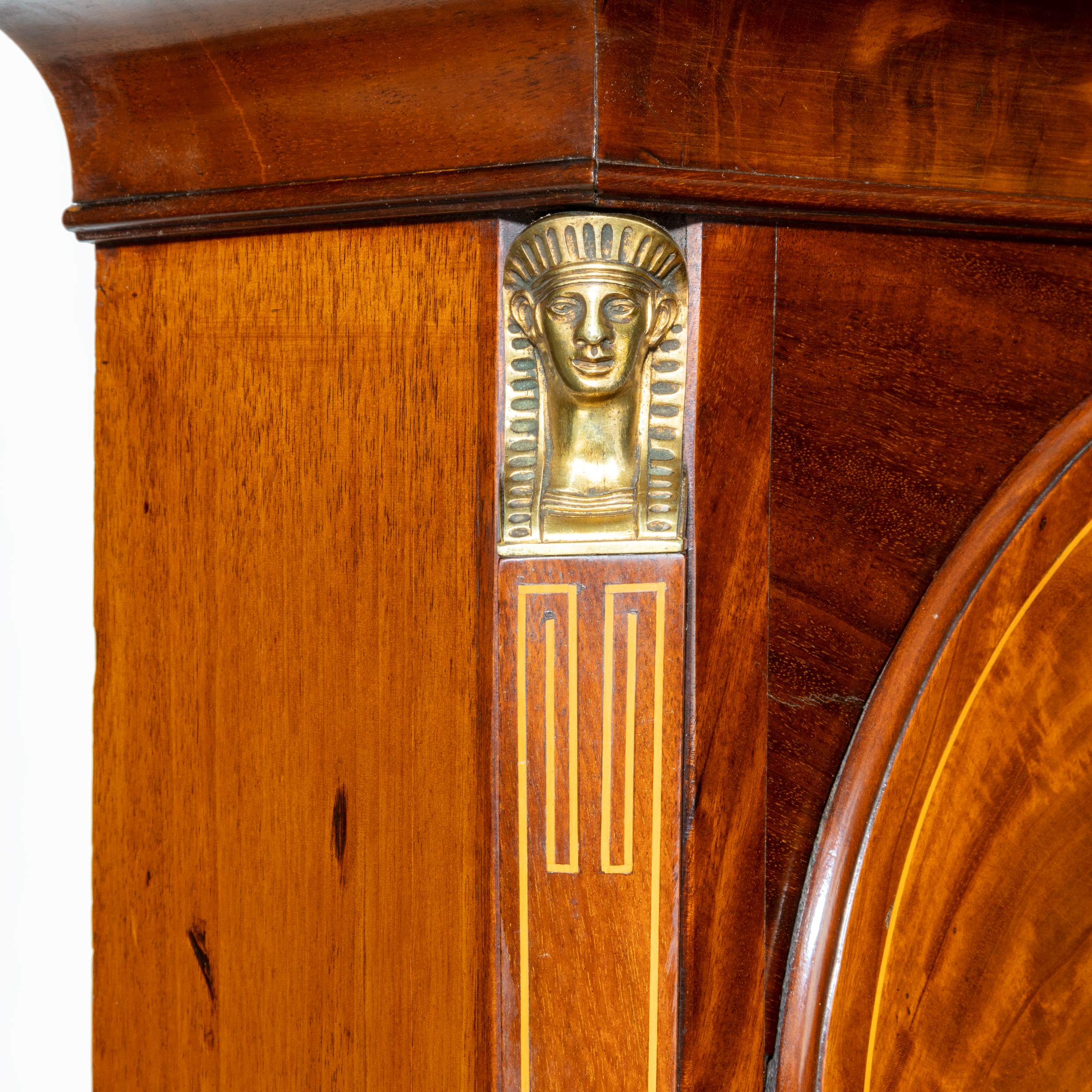 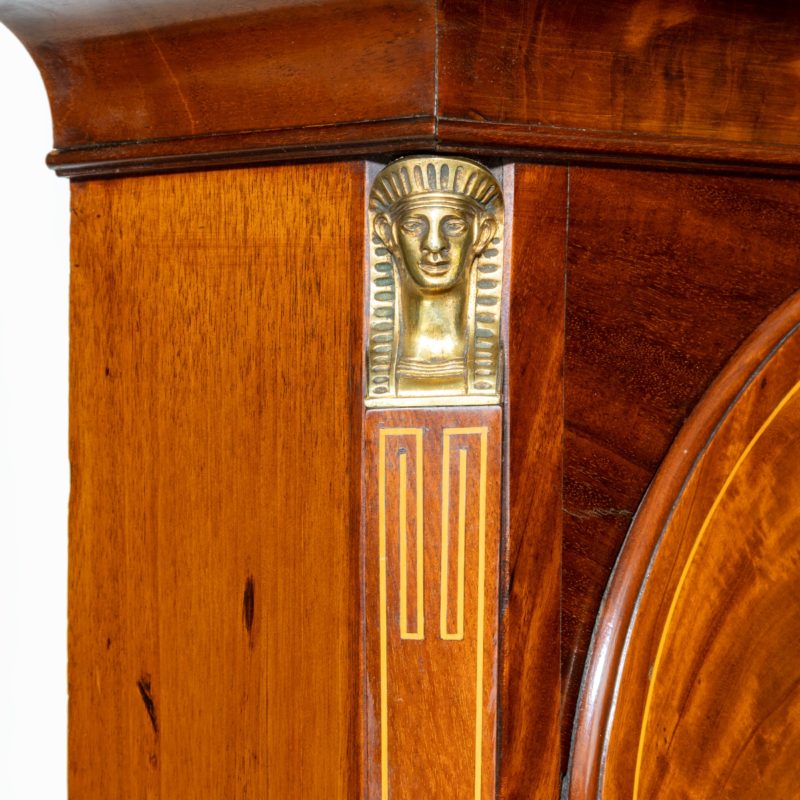 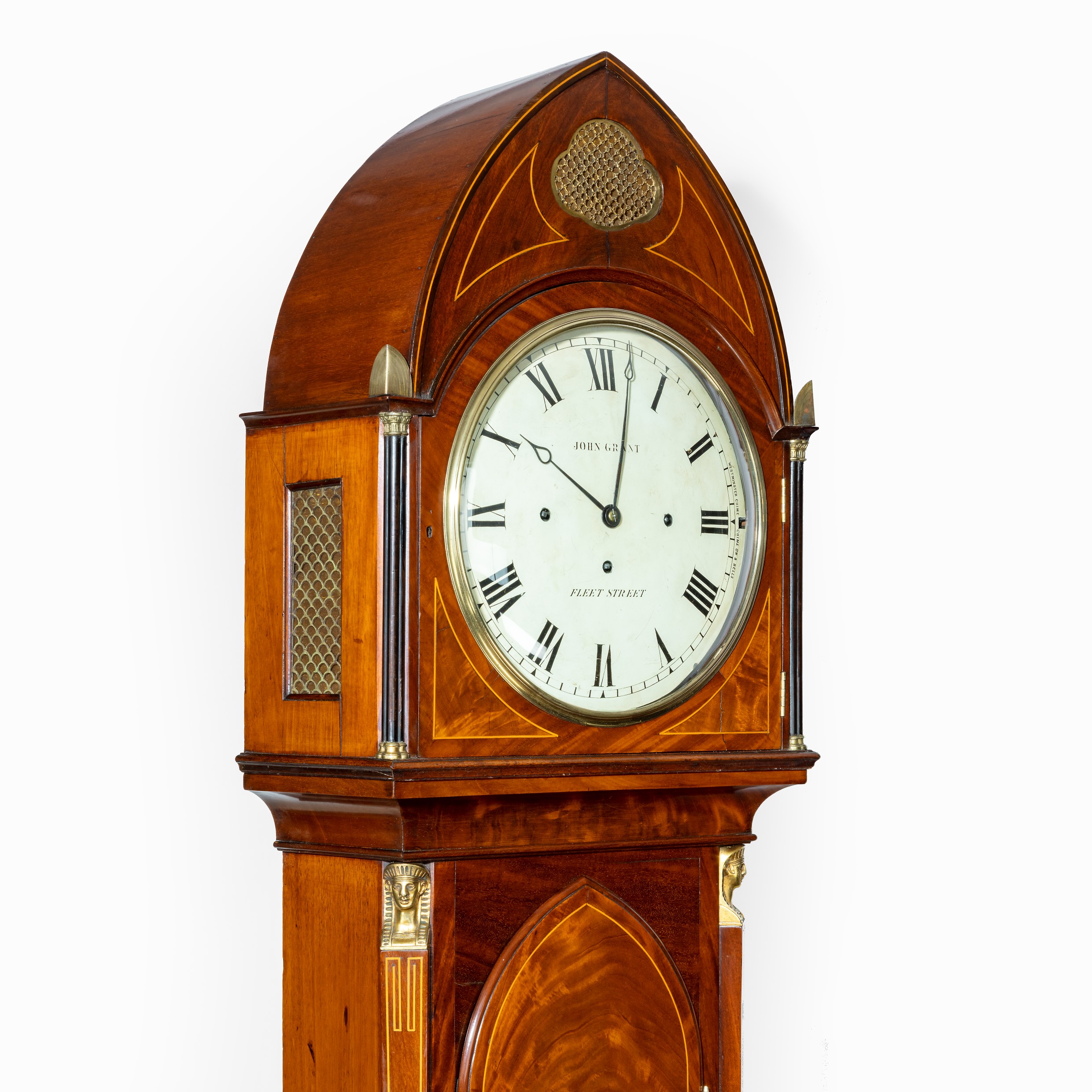 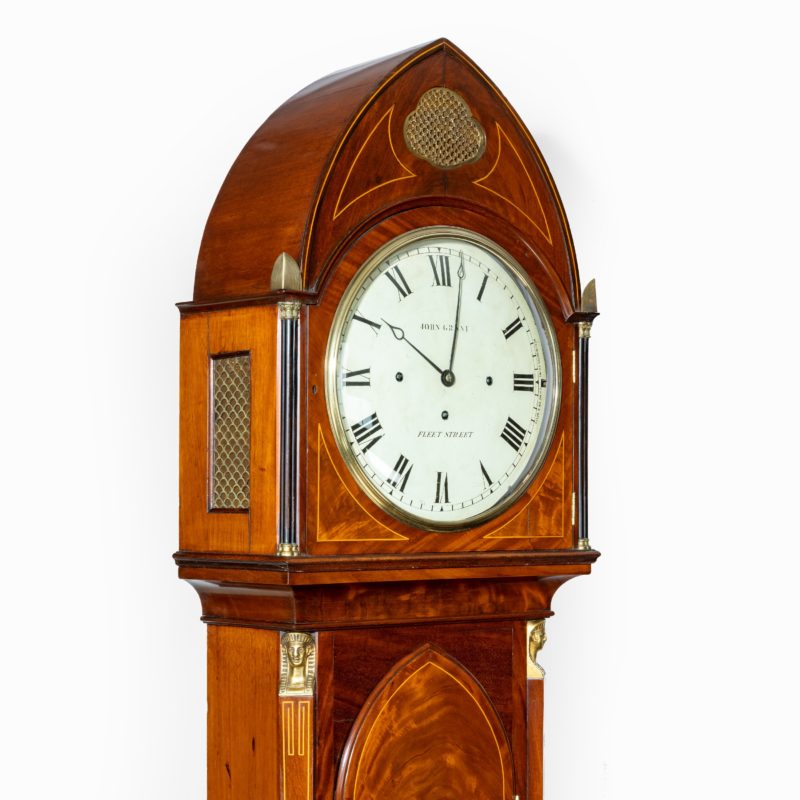 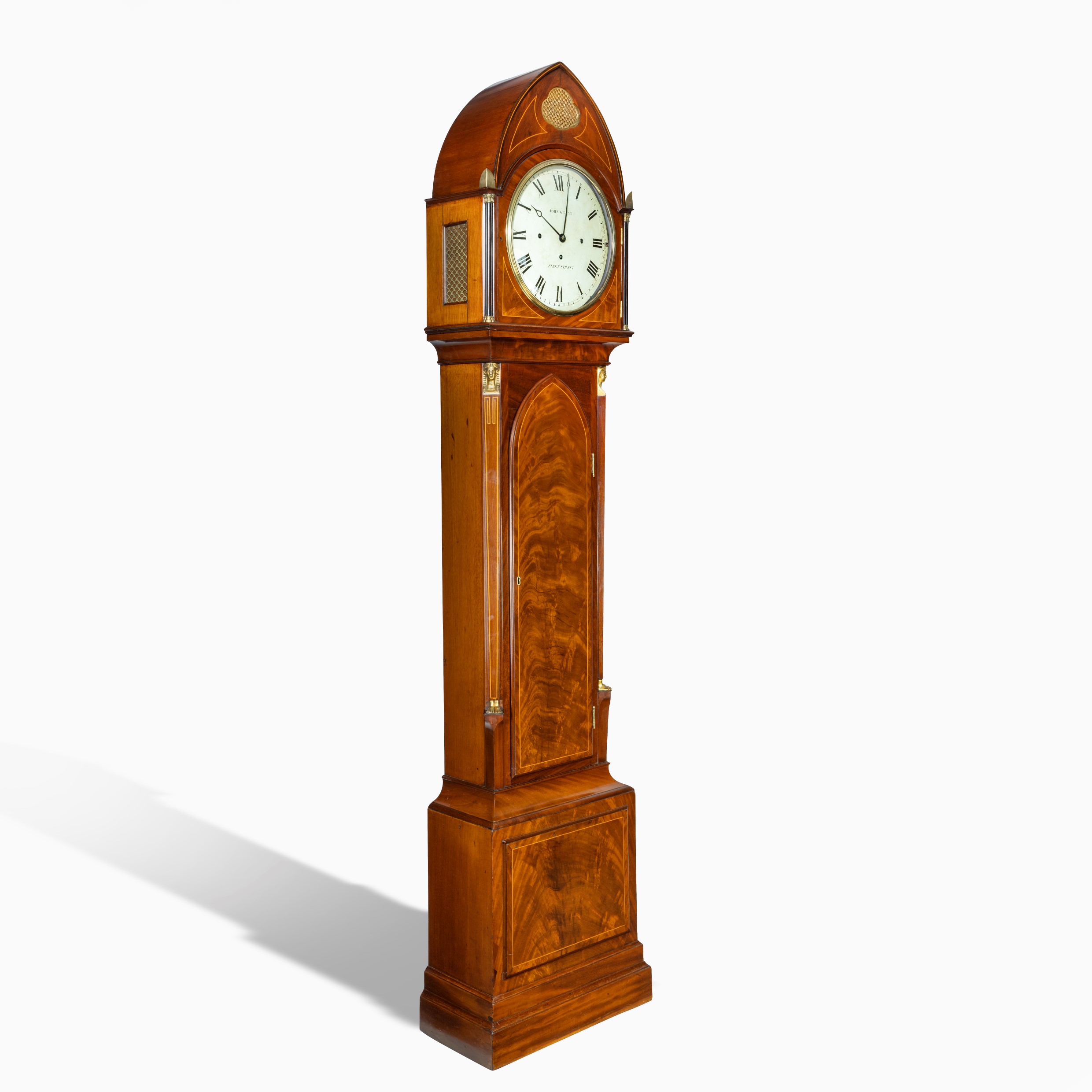 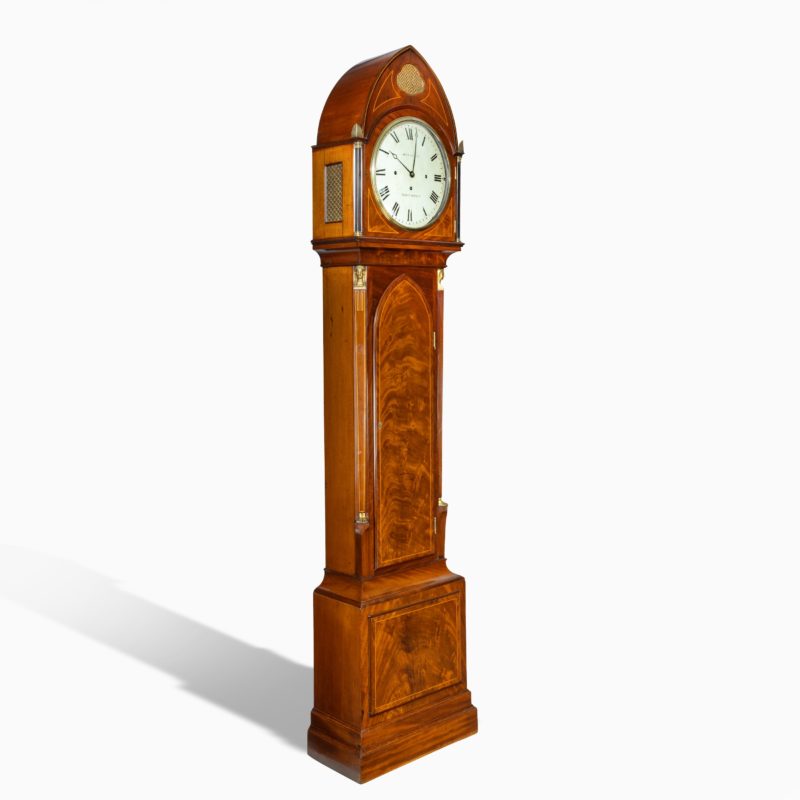 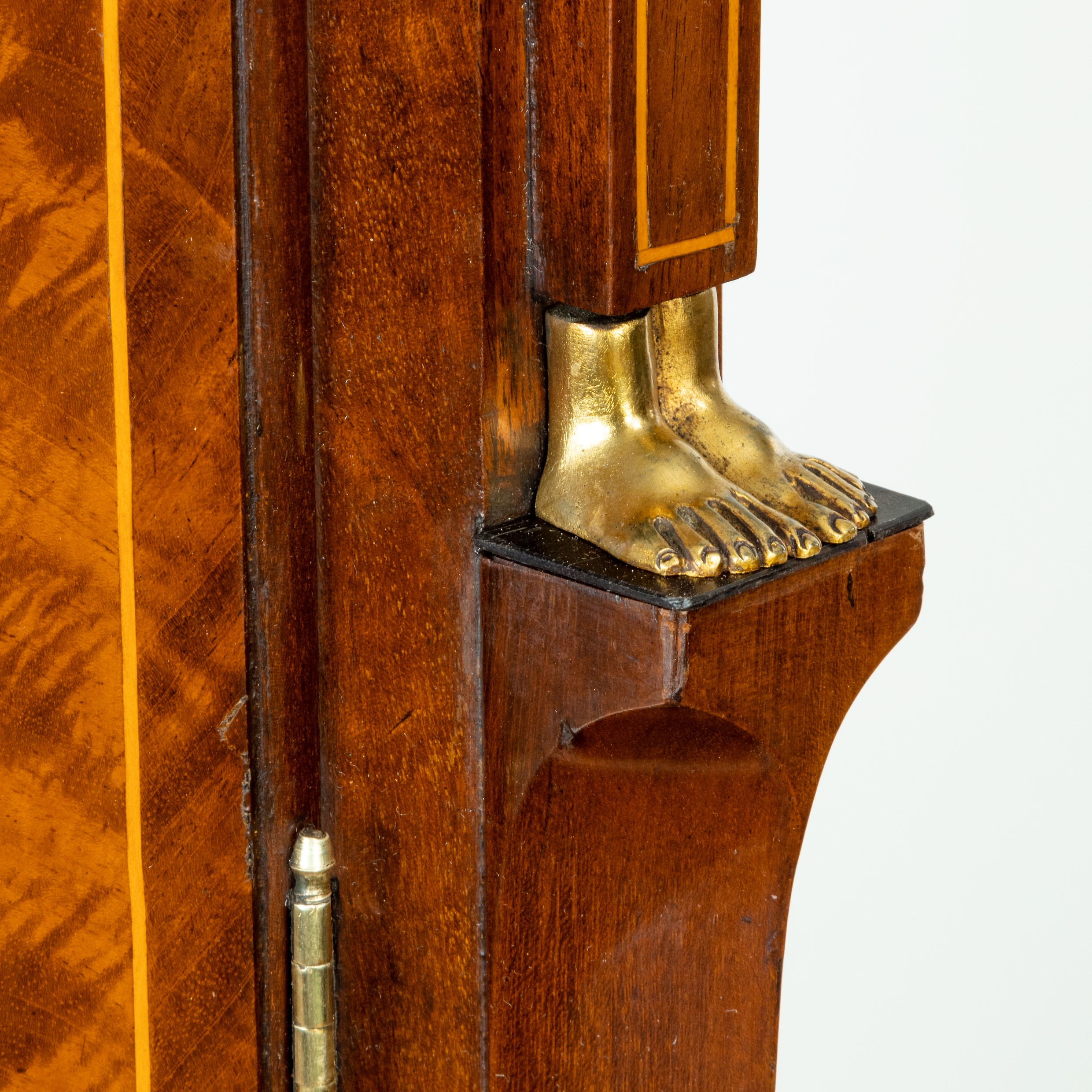 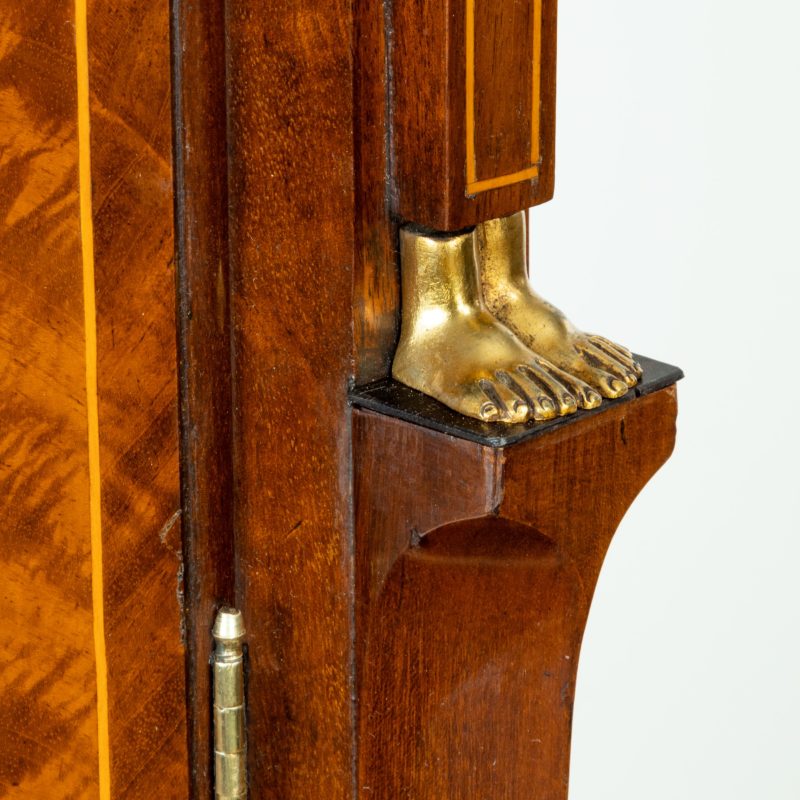 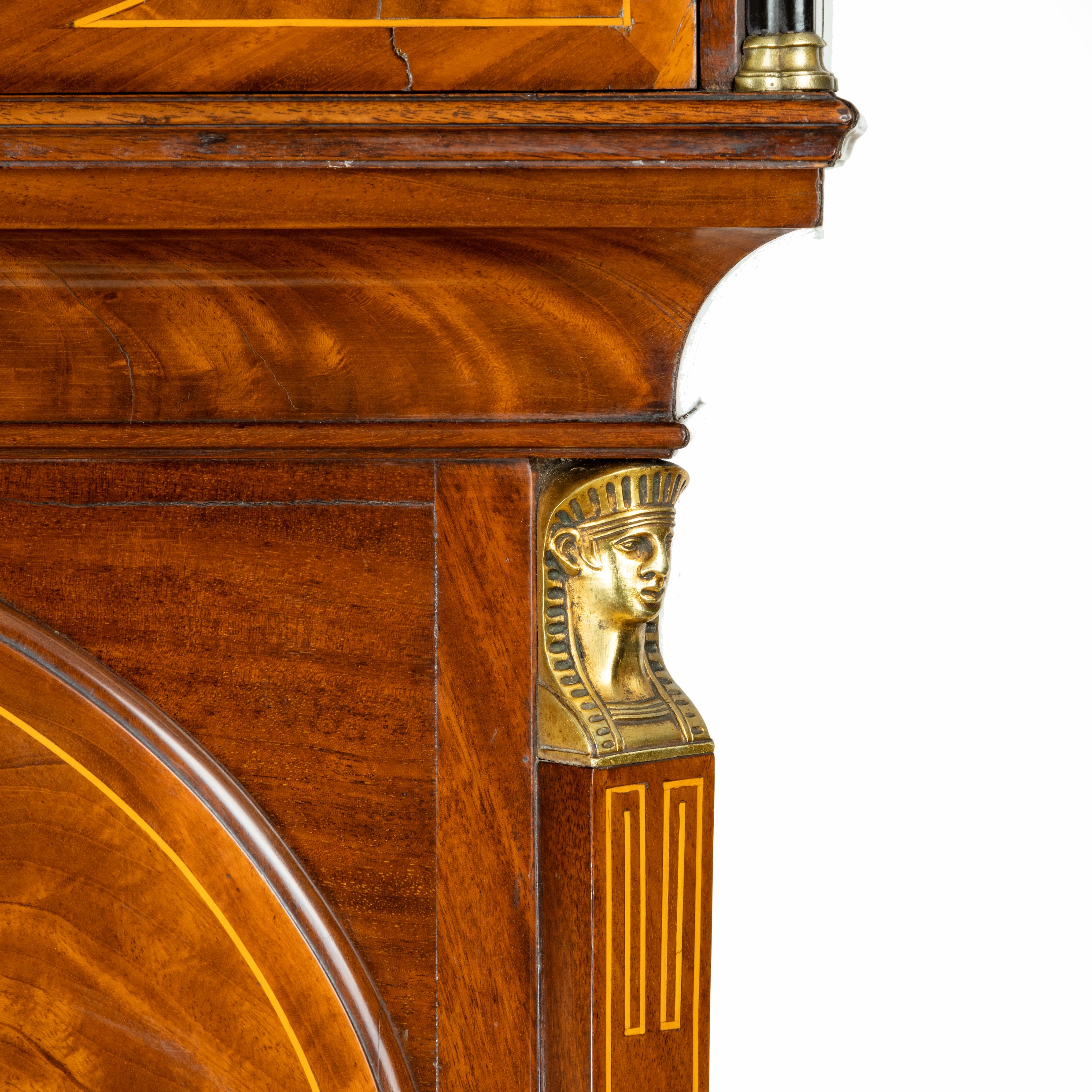 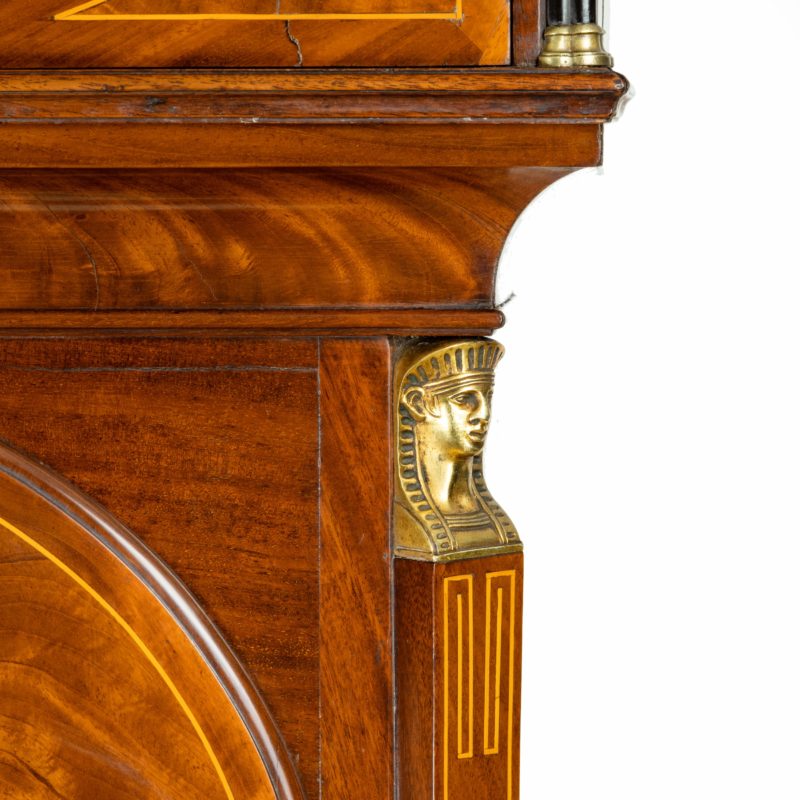 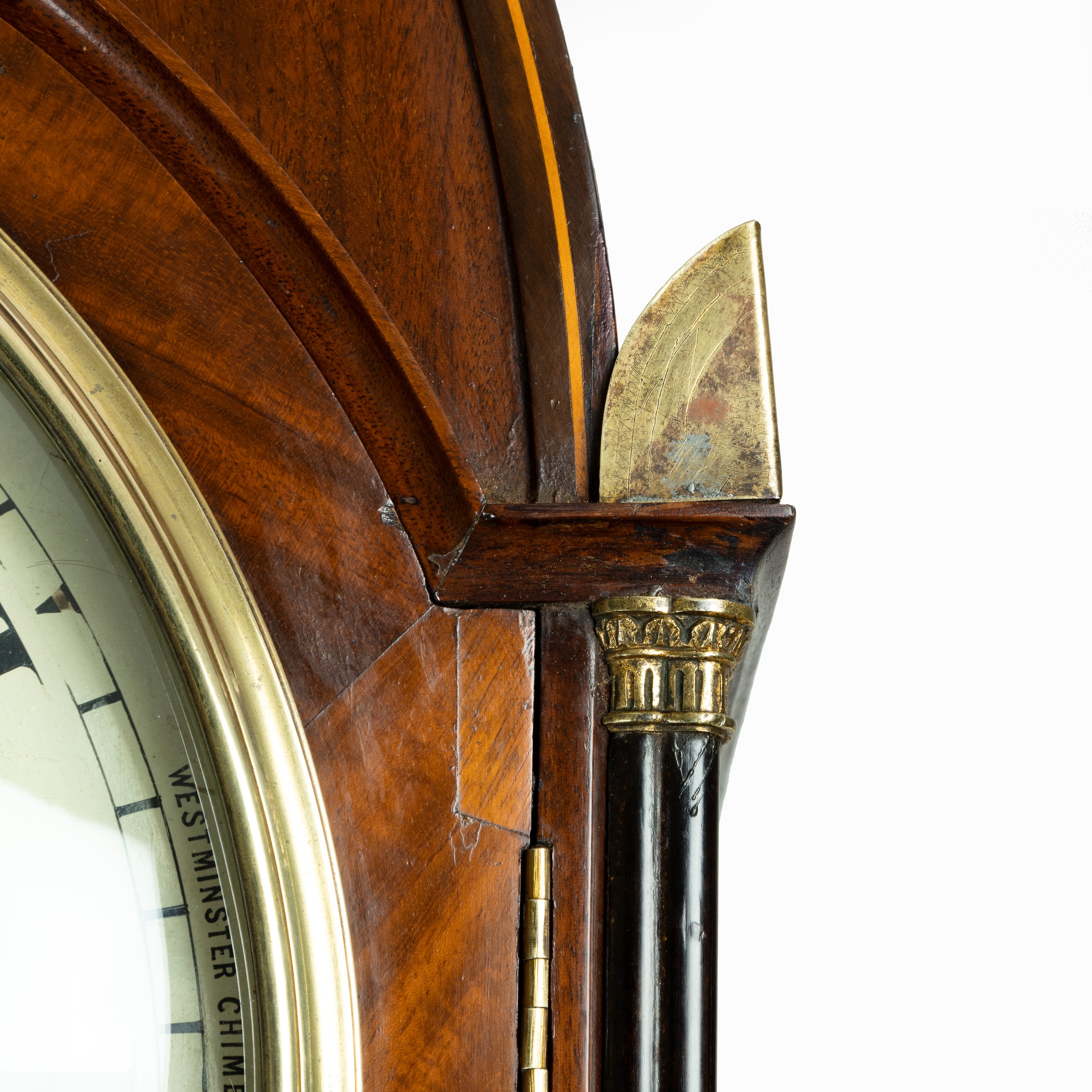 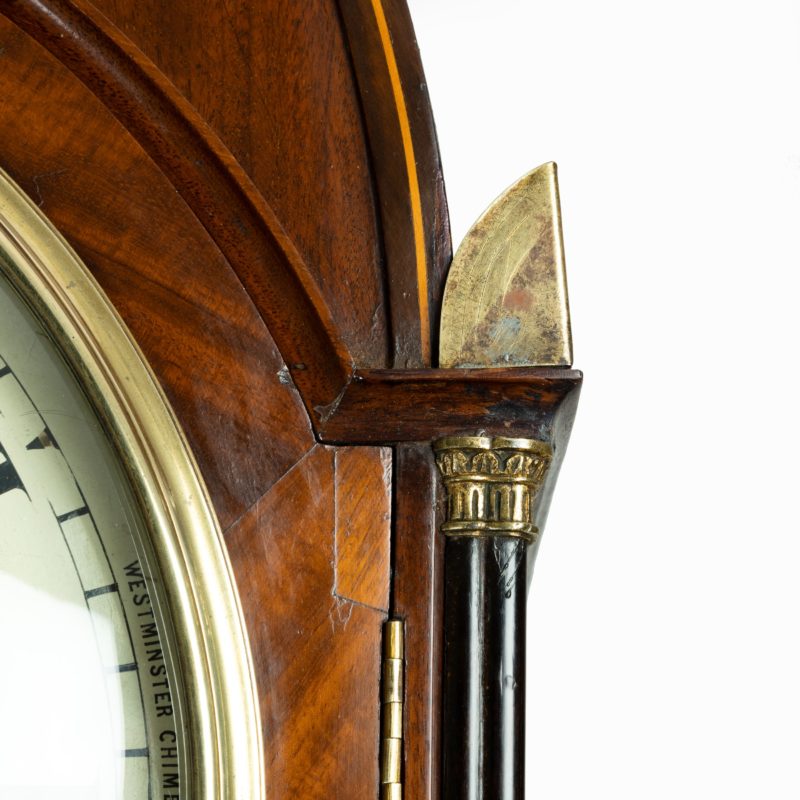 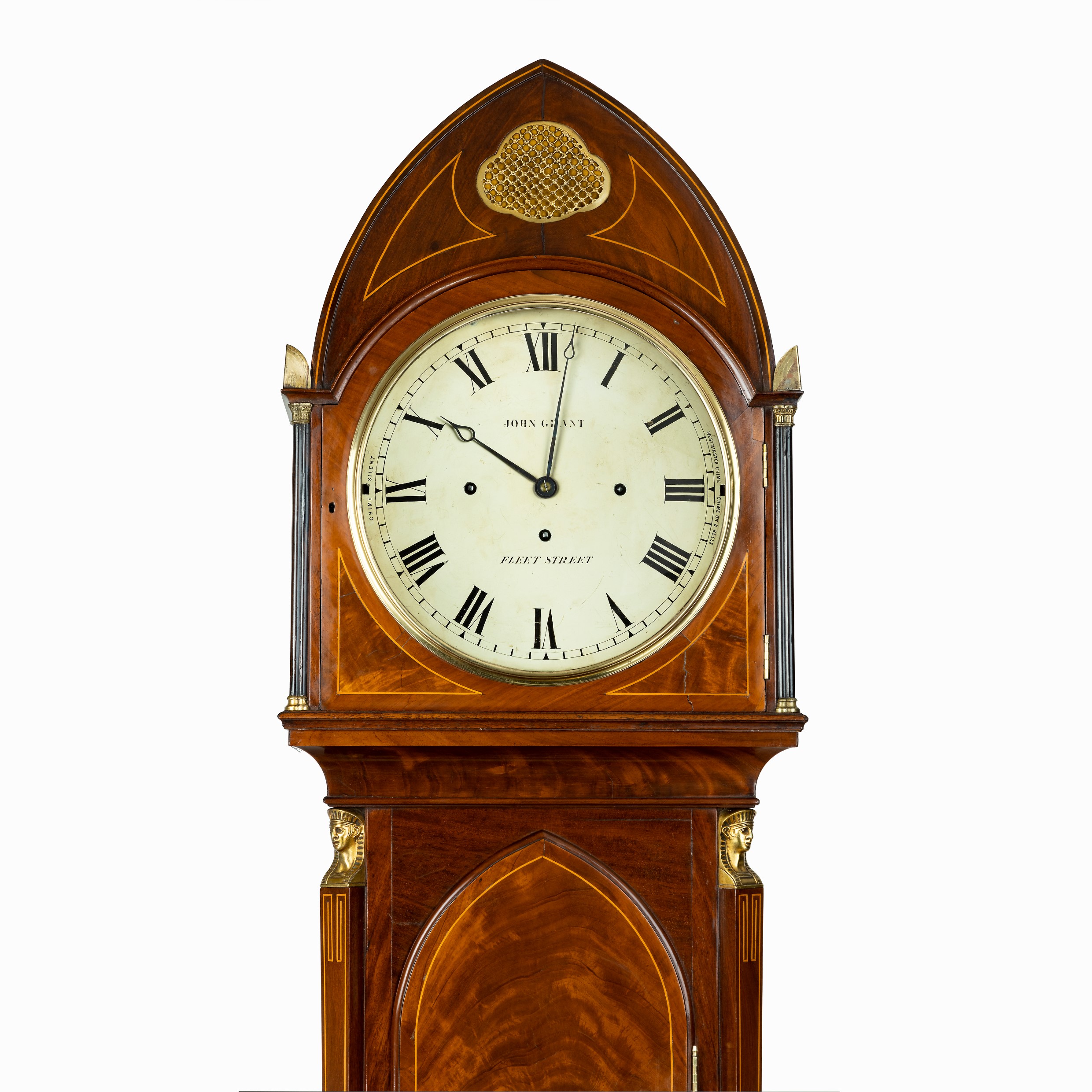 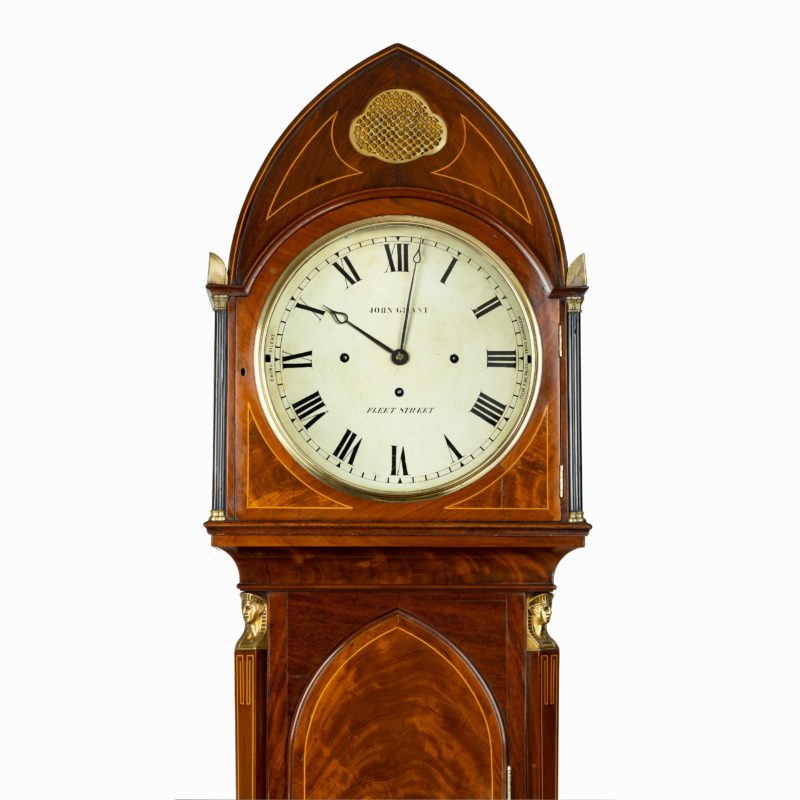 A good quality Regency ‘Egyptian style’ mahogany longcase clock by John Grant, the case surmounted by Egyptian columns with heads and feet of cast gilt brass, the lancet style hood with an open brass fret above the dial and on the sides, backed with silk, and flanked by twin ebonised columns, the circular enamelled dial with roman numerals in black on a white ground and inscribed ‘John Grant, Fleet Street,’ with levers for chime/silent and for Westminster chime/chime on eight bells, the hour struck on a large coiled gong, decorated throughout with boxwood stringing.  With a paper label stating ‘Harrods Limited Furniture Depository, Barnes, S.W.13.  Sir E J Venner, D/No. 485  22/4/55’. English, circa 1800.

Sir John Franklyn Venner (1902-55) was officially listed, during the war, as a group captain in the Auxiliary Air Force.  |He had, in fact, been the financial director of the Special Operations Executive from 1940.  It is noted by Christopher J Murphy in Neville Wylie (ed.) The Politics and Strategy of Clandestine War-Special Operations Executive 1940-1946, p.196, that by 1942 he was in direct control of the total expenditure of the SOE and by Michael Richard Daniell Foot, in SOE: An Outline History of the Special Operations Executive 1940-1946, p.360, that “Venner left a name with those who knew him of wizardry bordering on genius: as witness the fact that when he cast up his final accounts, he showed a profit of £23m”.  He was knighted in additional recognition of his huge contribution to the war effort.