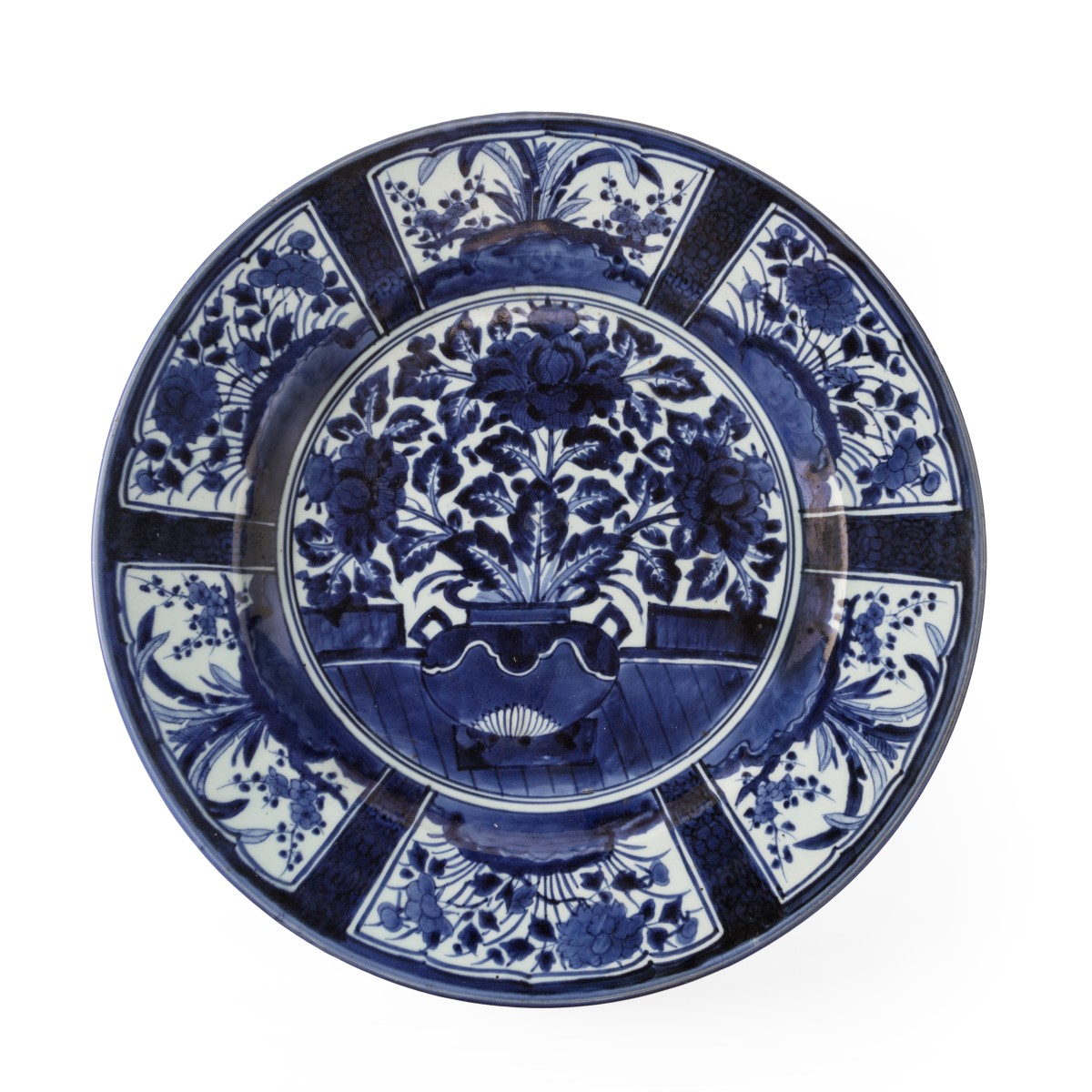 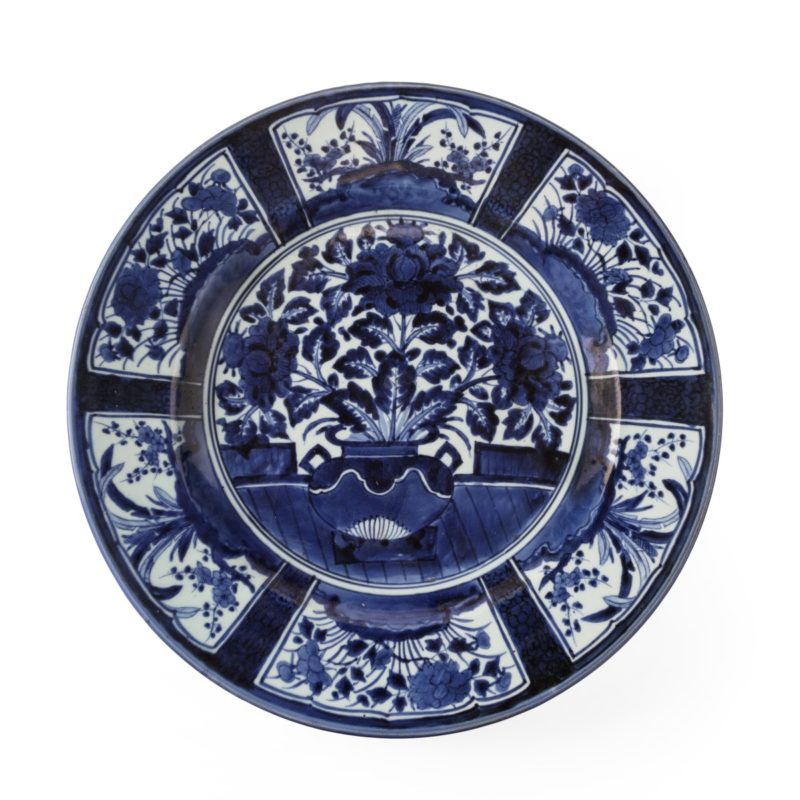 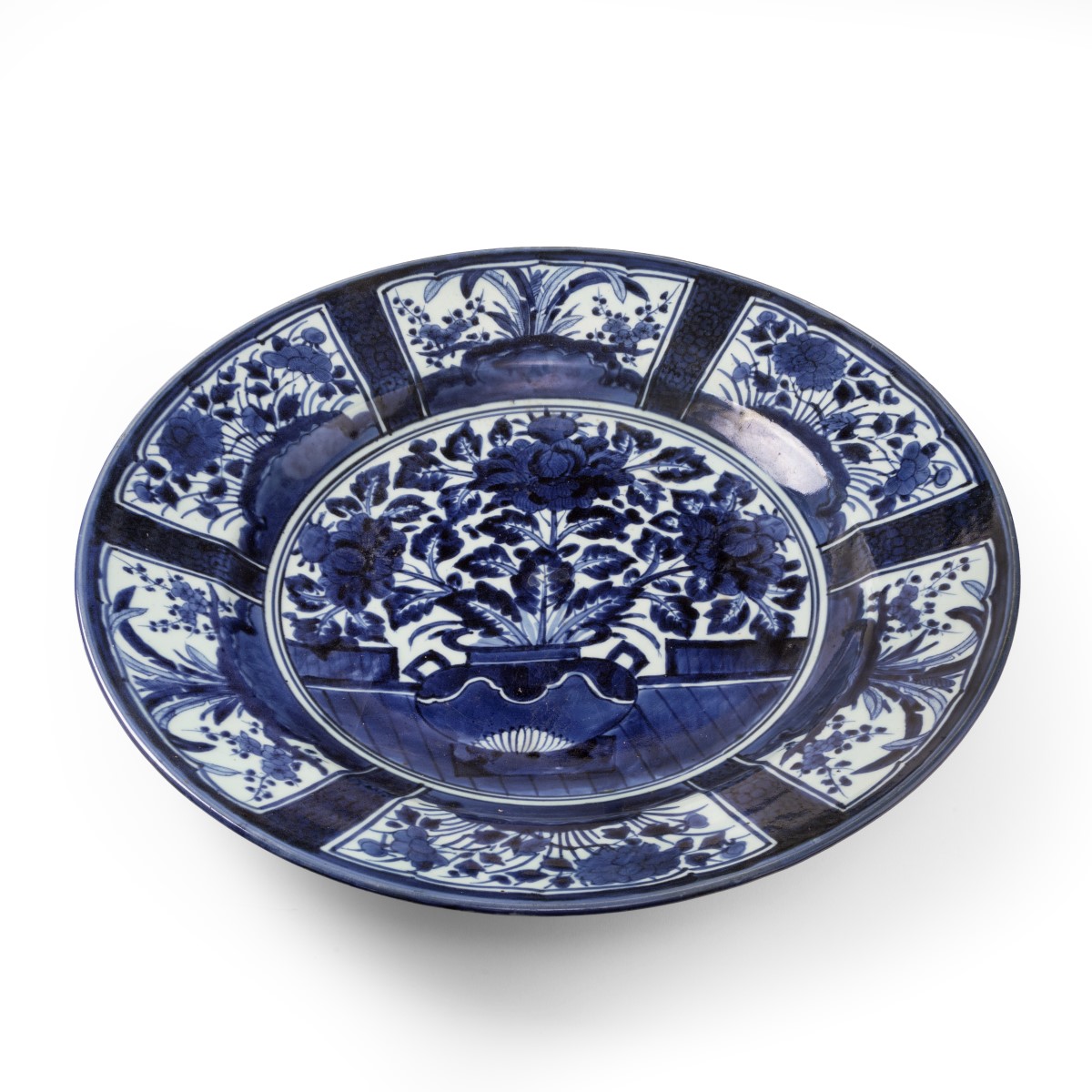 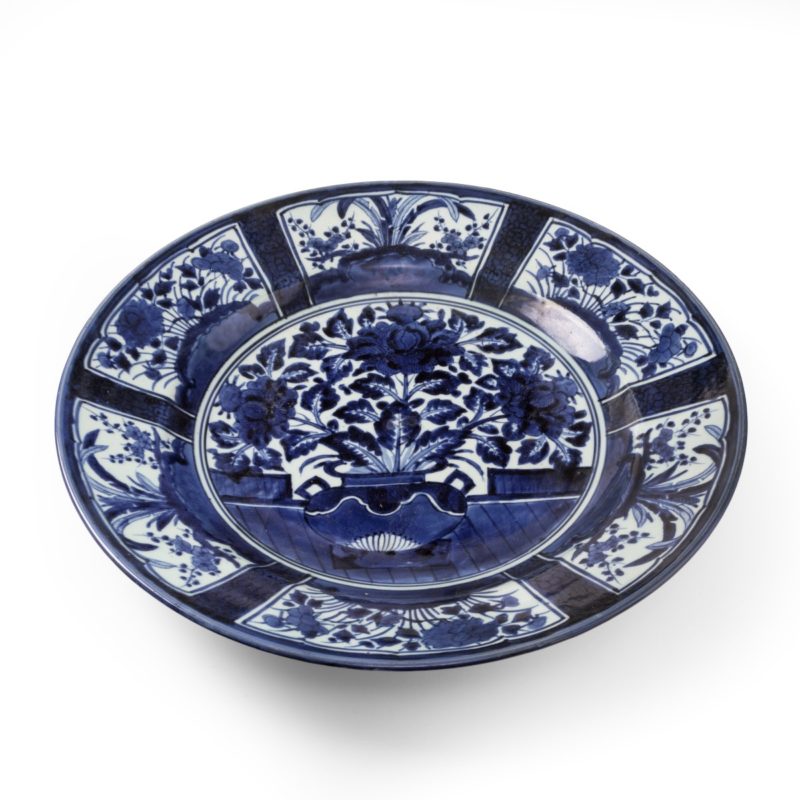 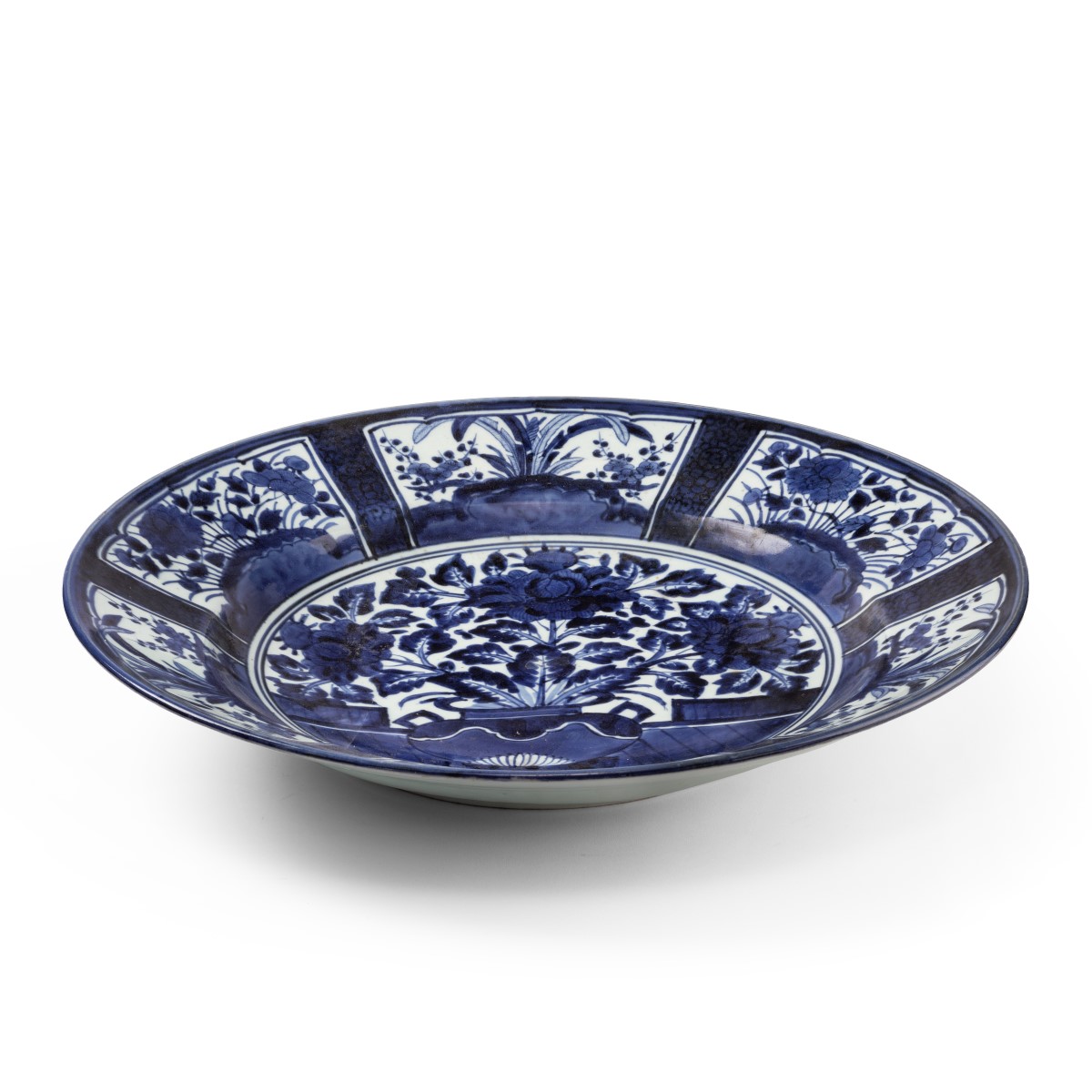 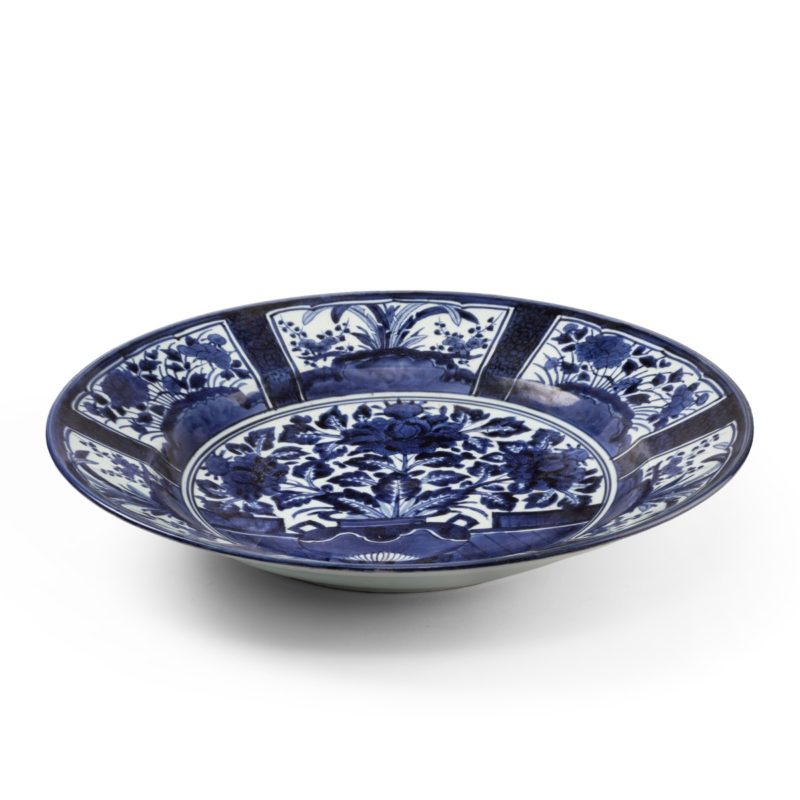 A large Arita charger of circular form painted in rich cobalt blue under thick glossy glaze with a central vase of thee peony sprays on a platform, the everted rim with panels of alternating floral motifs. Circa 1700.

Once the Dutch and English East India companies had been granted their charters around 1600, the demand for Chinese export porcelain in Europe knew no bounds. With the fall of the Ming Dynasty in 1644 Chinese supplies dried up so the enterprising potters of Japan stepped up their production and copied many Chinese designs. Nevertheless, according to Soane Jenyns in ‘Japanese Porcelain’ (London,1965 pp29-30) Dutch orders in 1663 for large fine dishes ‘made flat and with such flowerwork as the Chinese used to have’ , like this one, were greeted with ‘reluctance’ and turned out ‘rather dear’ as the Japanese kilns were small family-run businesses and lacked finance and space for such large commissions.