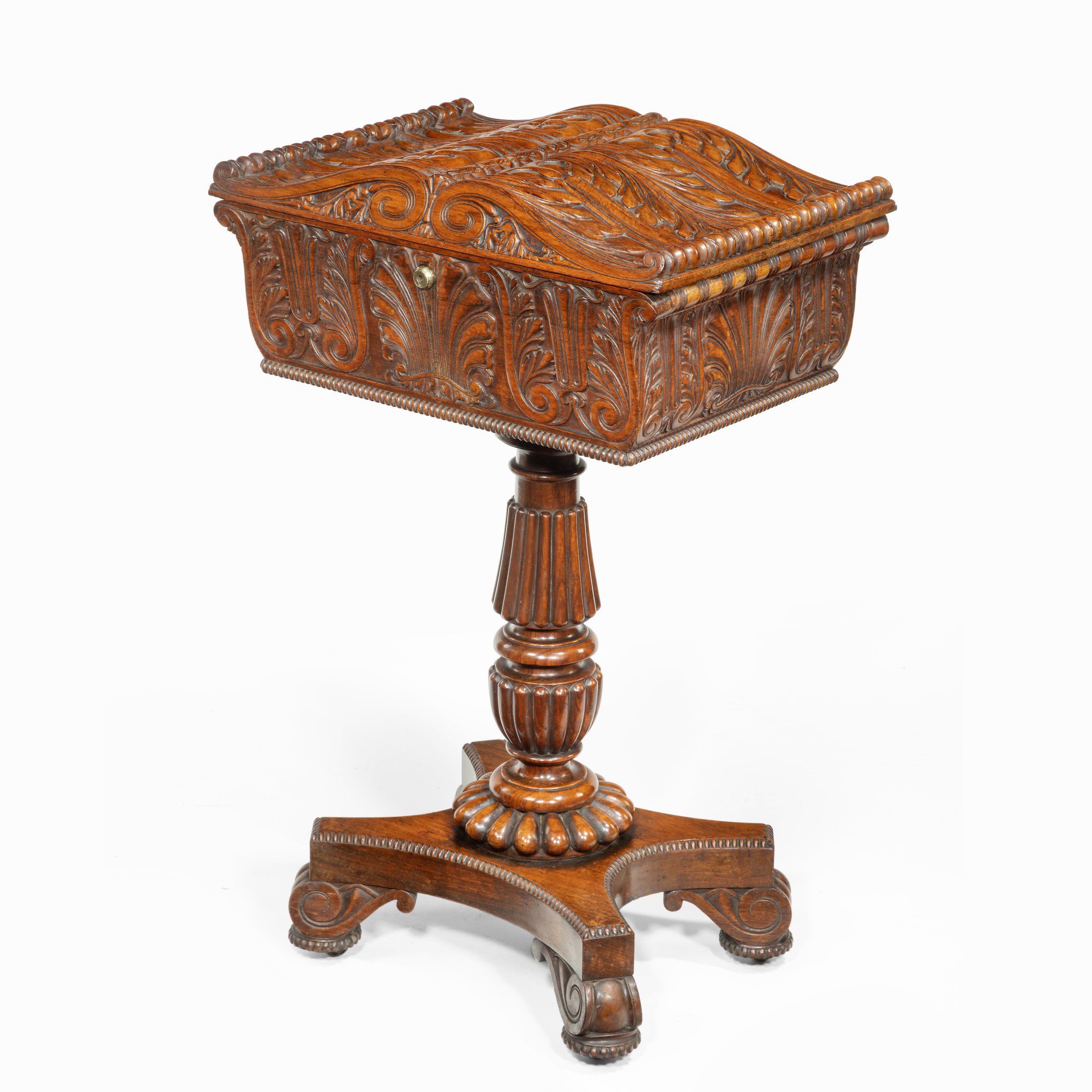 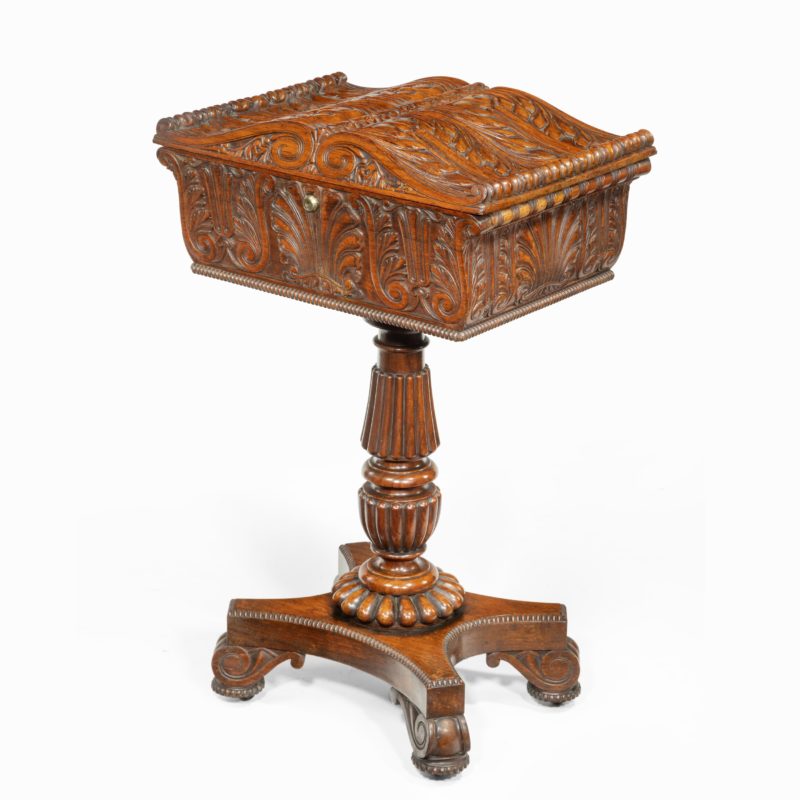 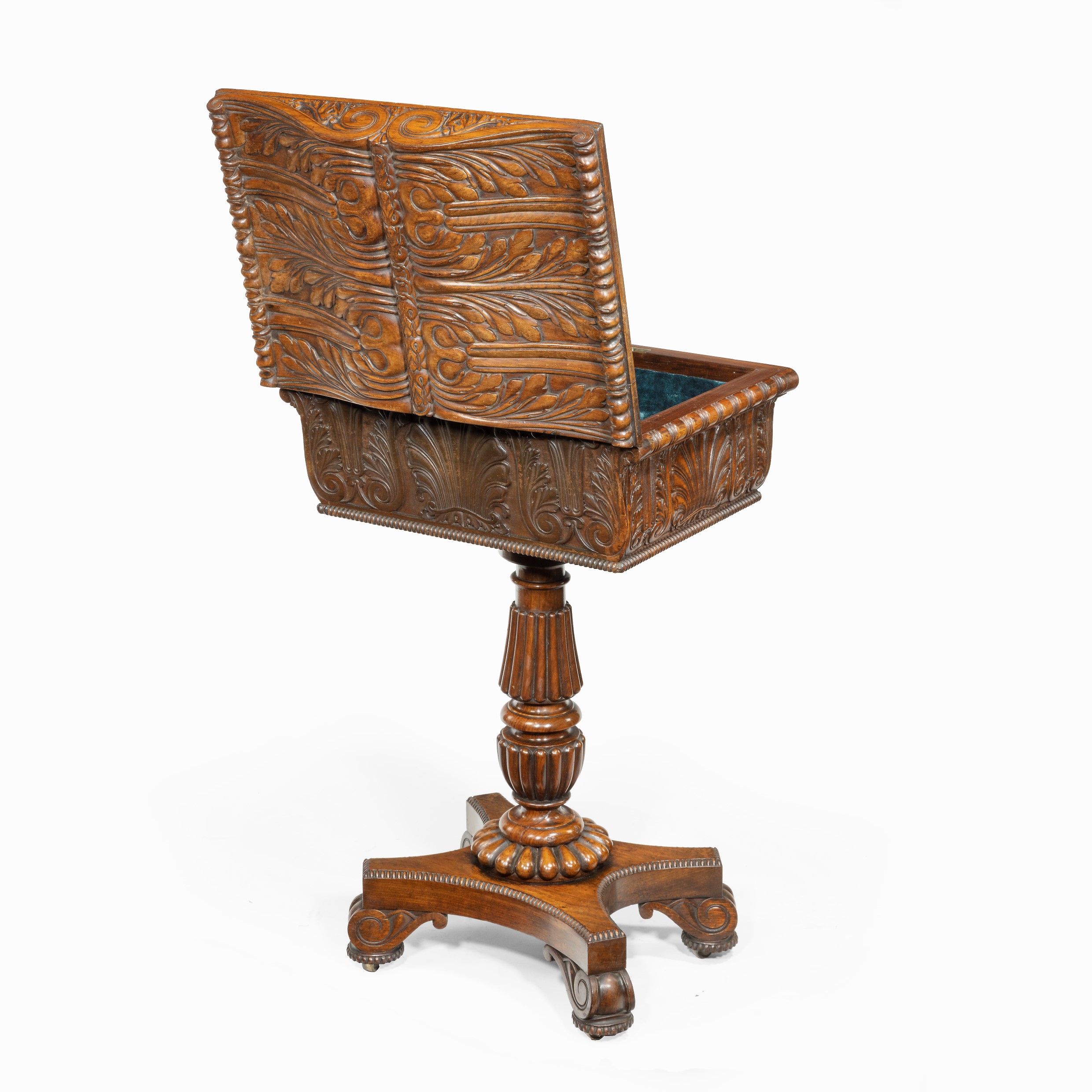 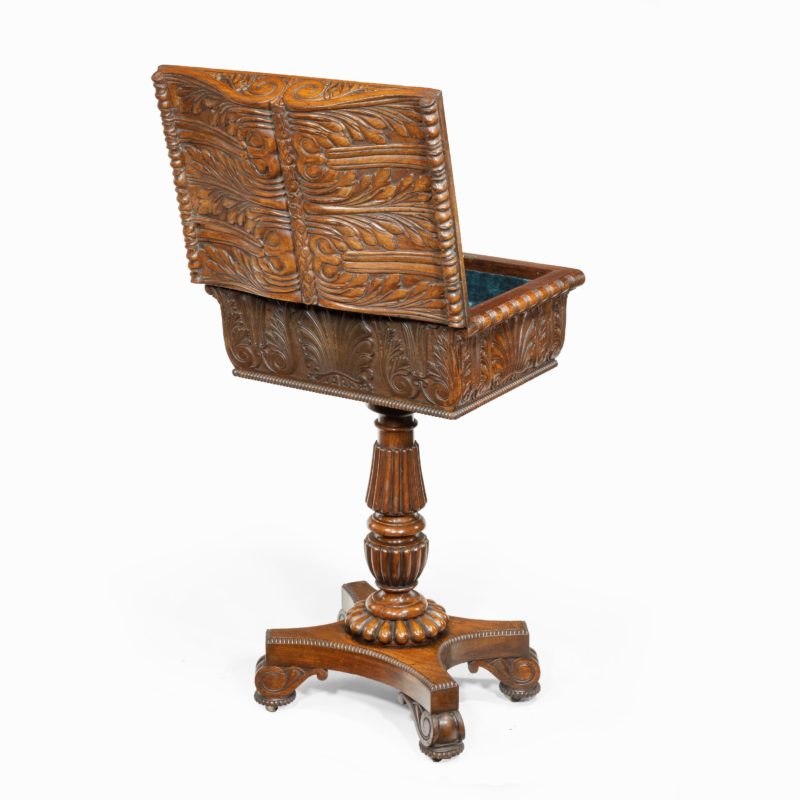 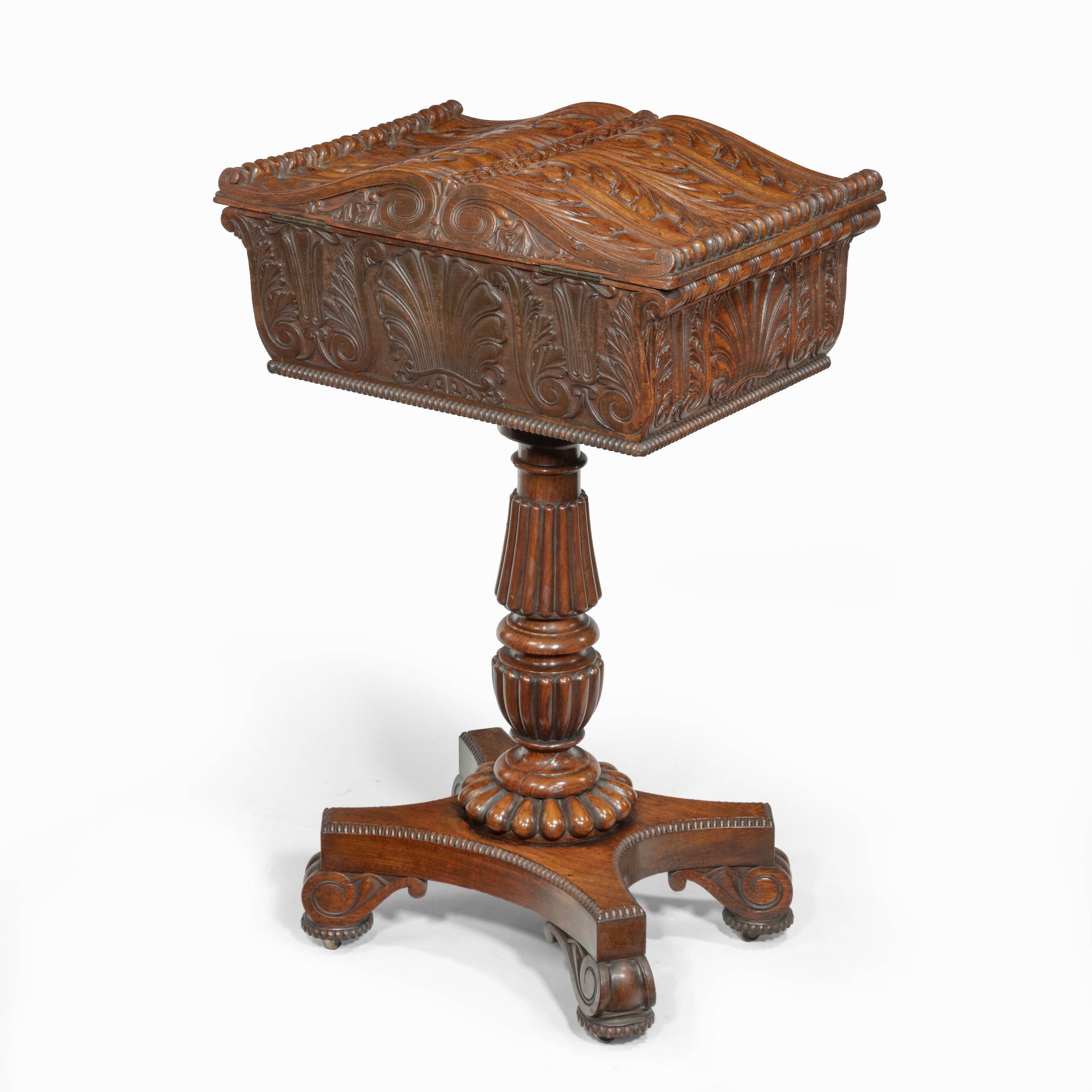 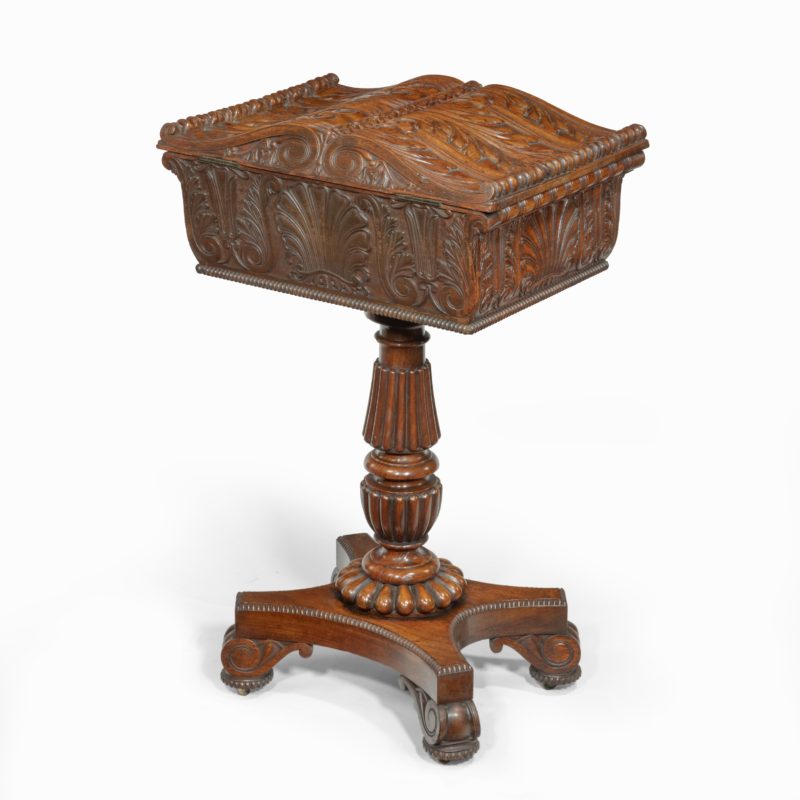 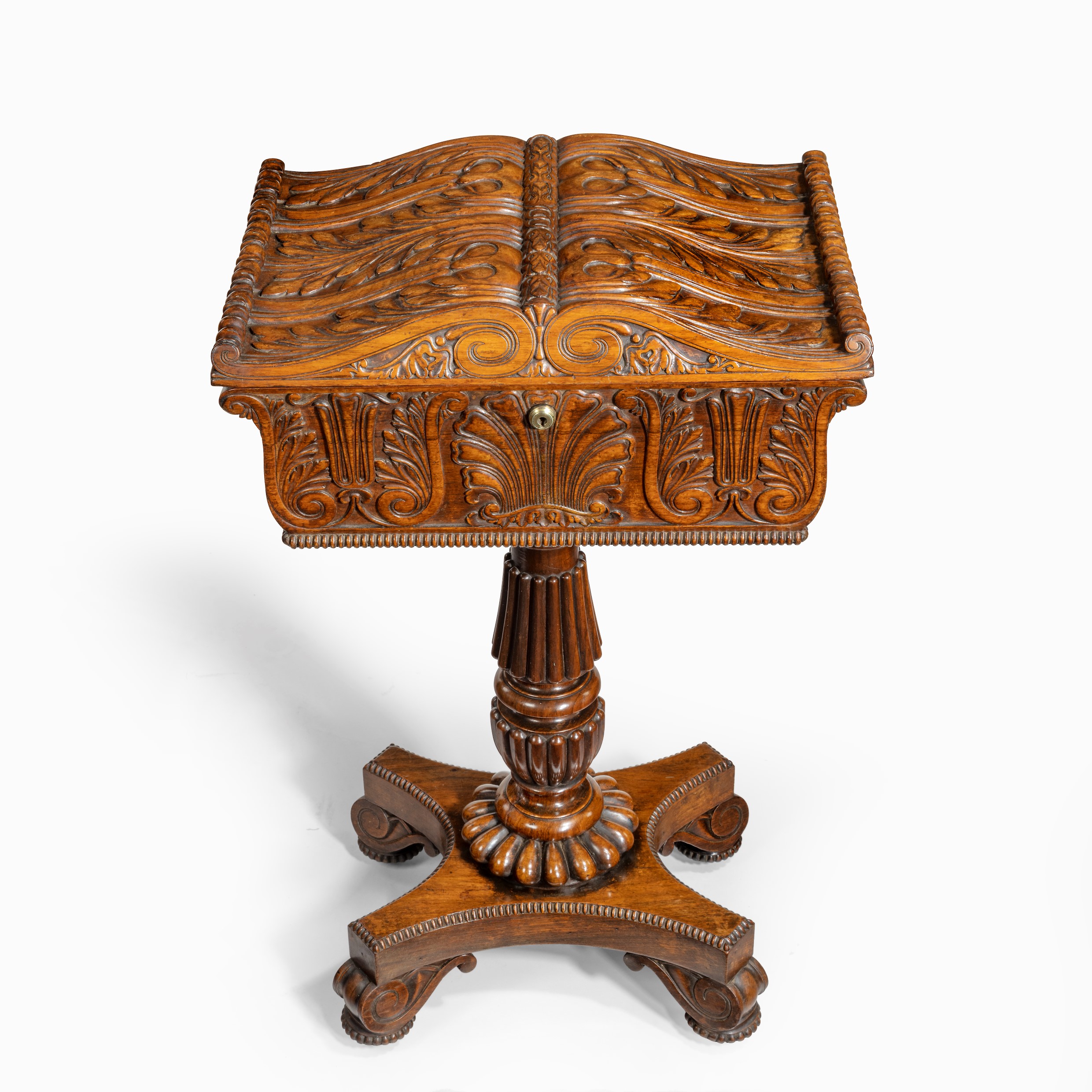 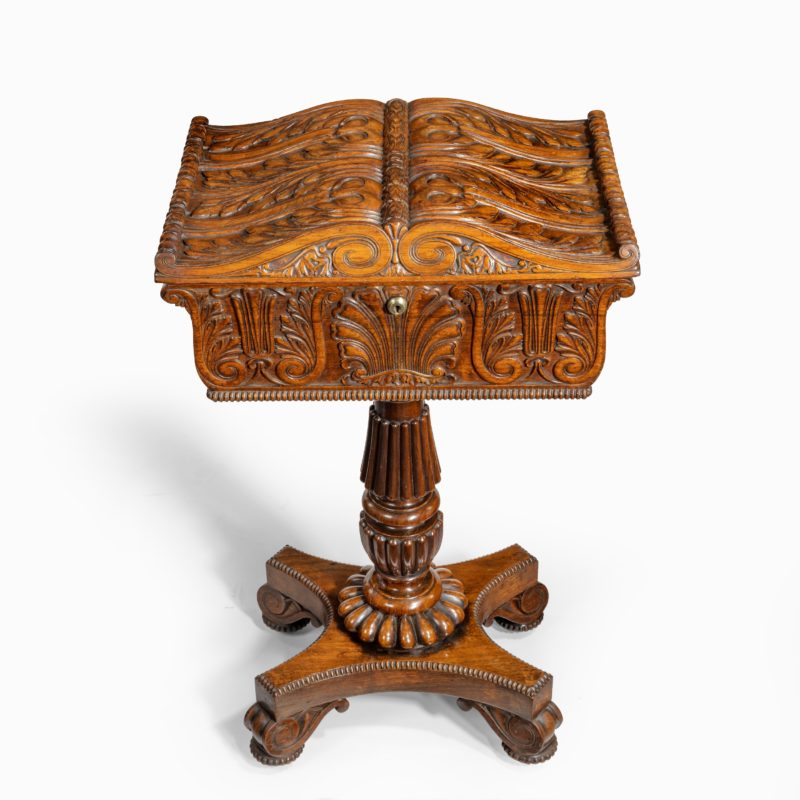 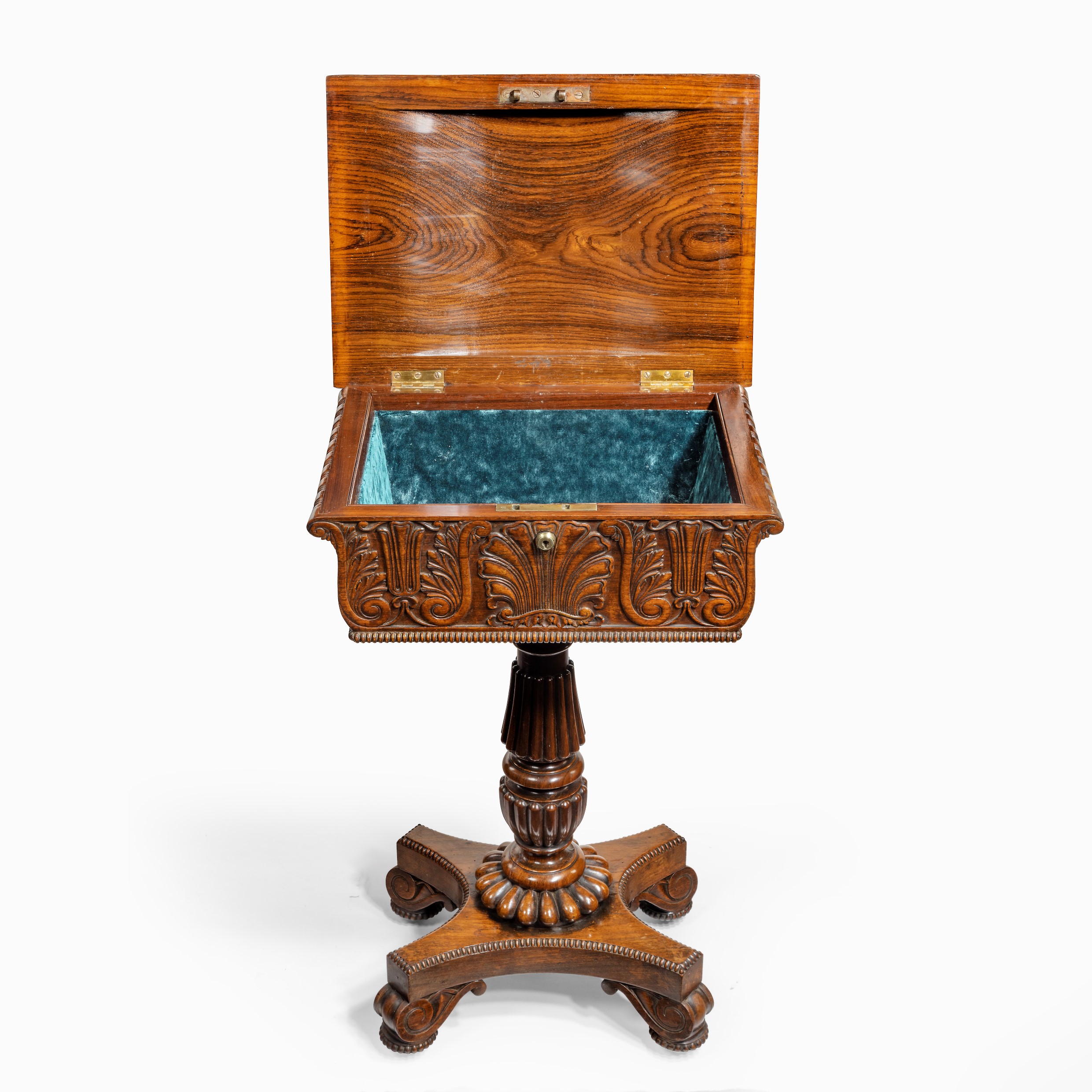 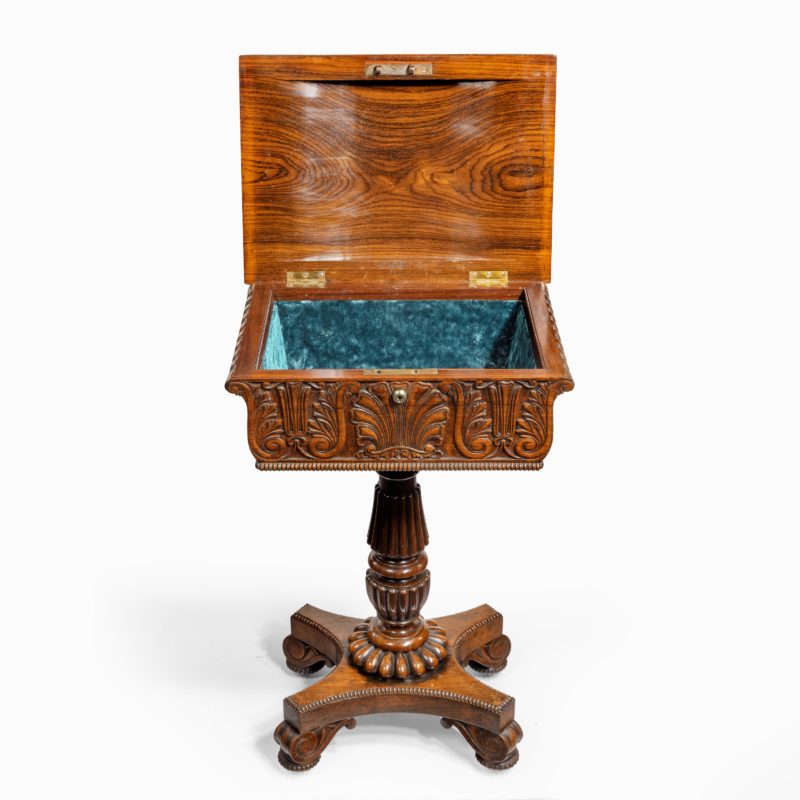 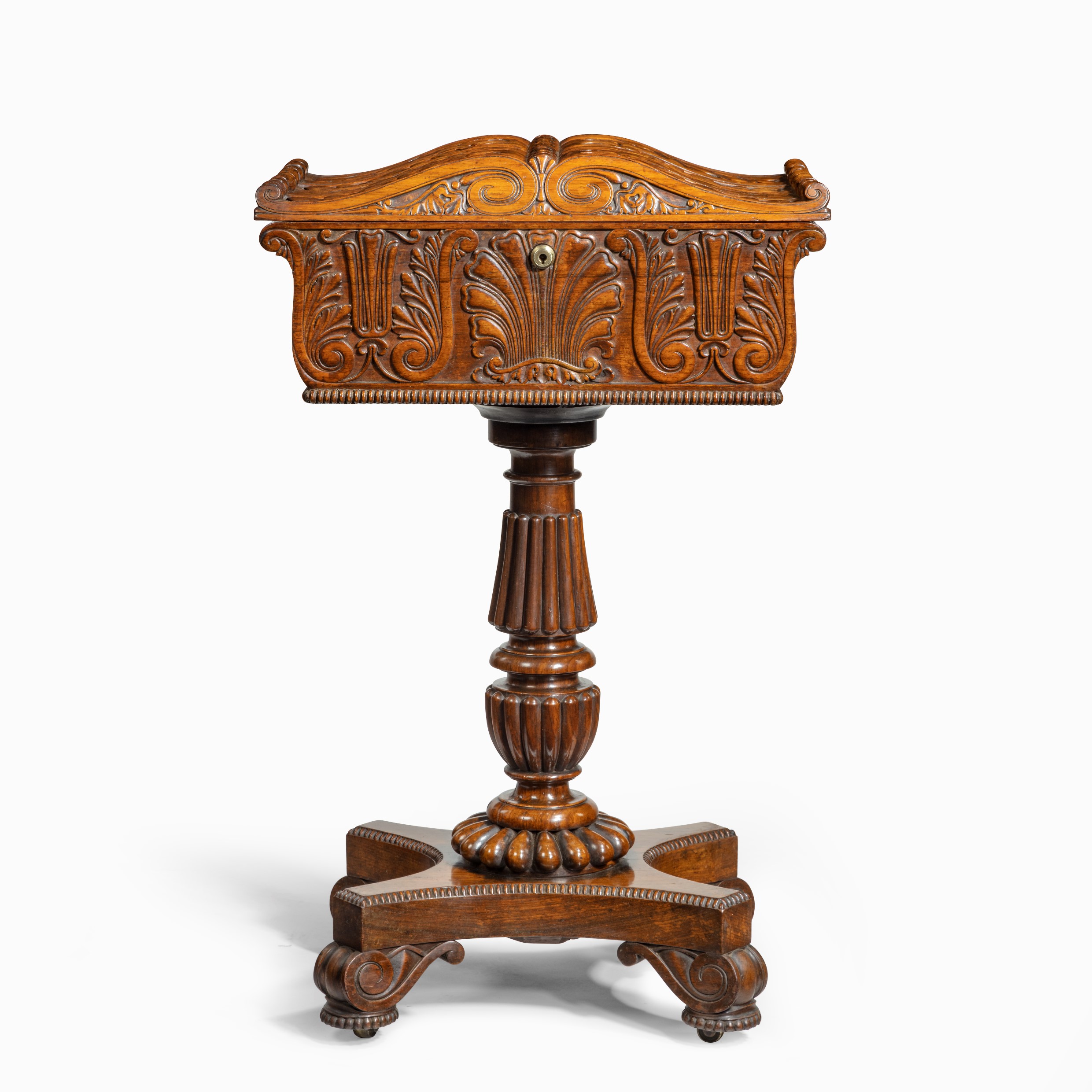 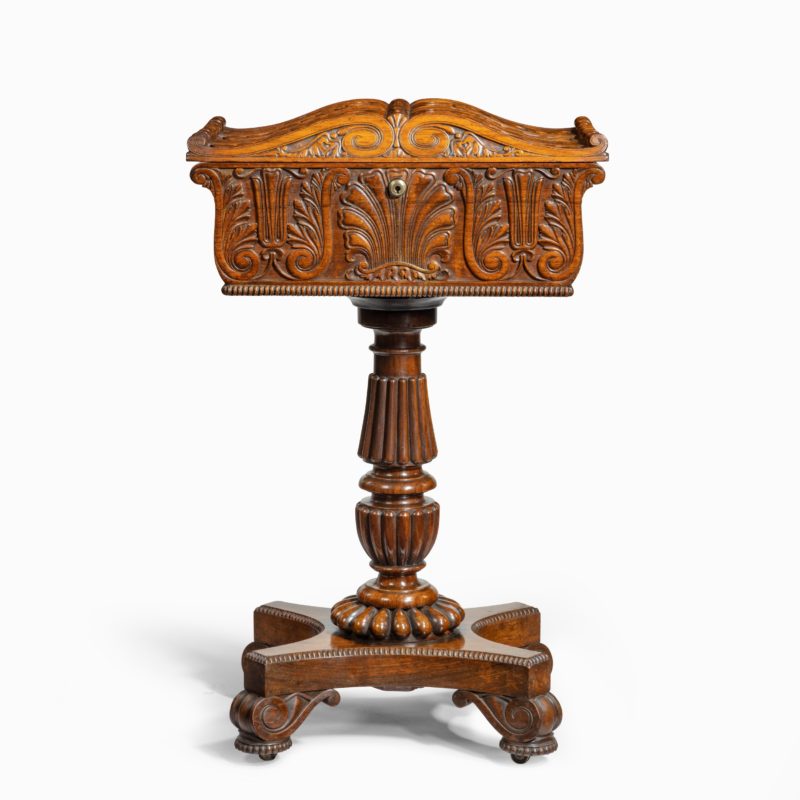 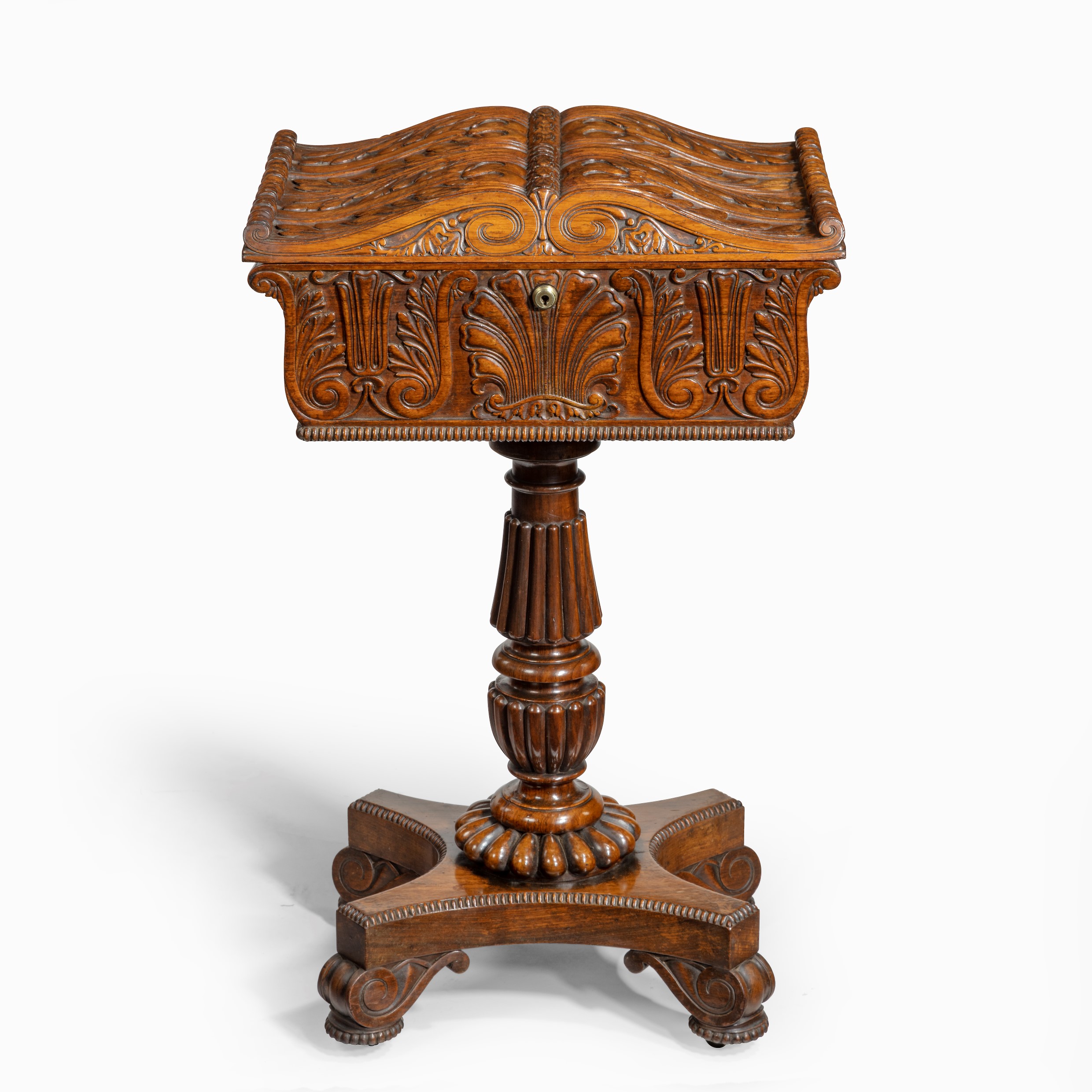 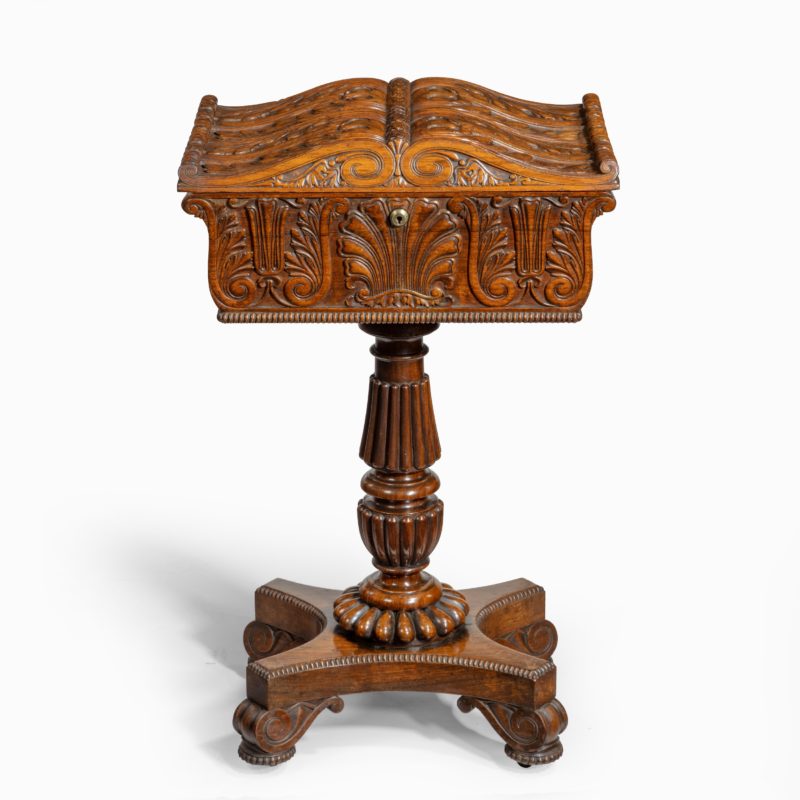 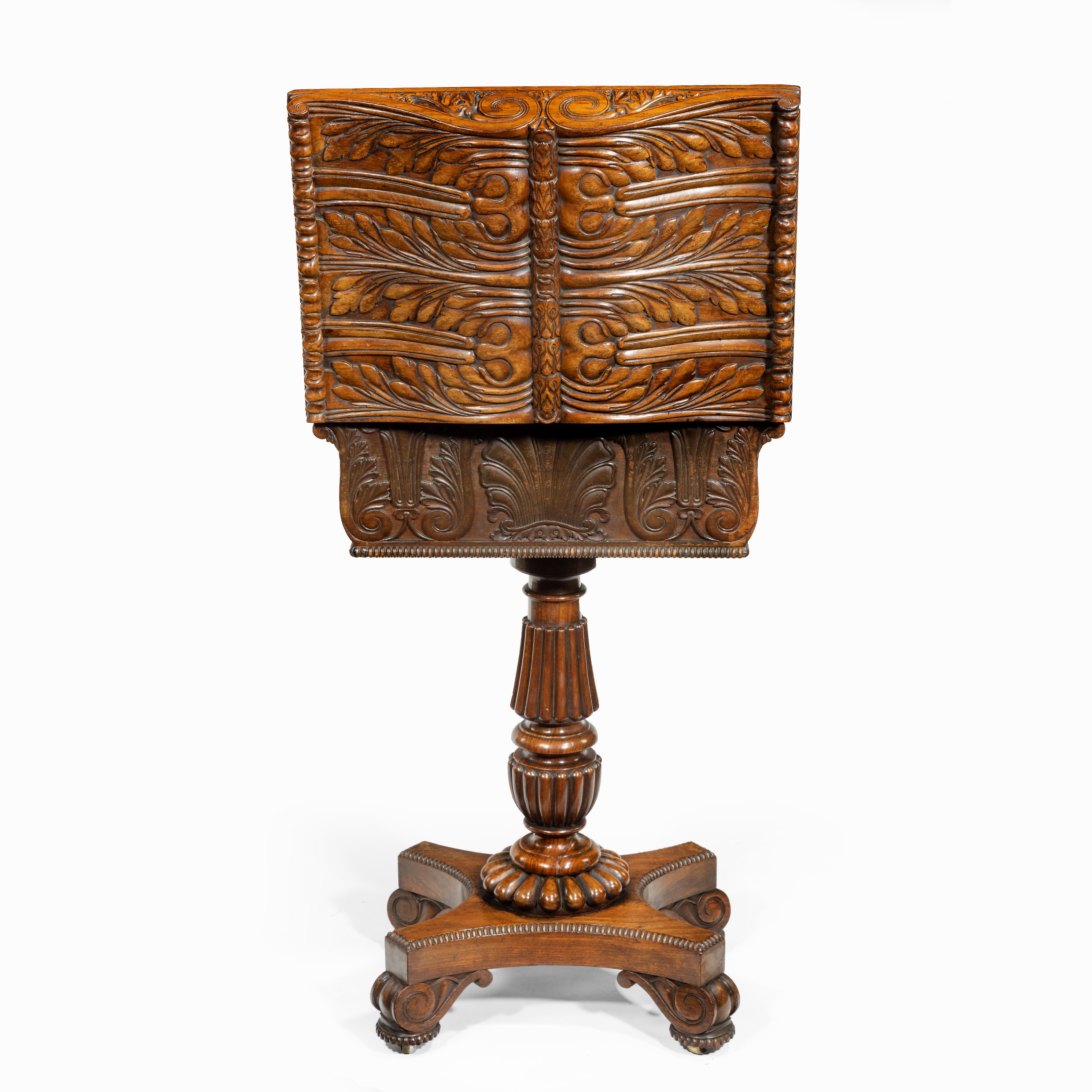 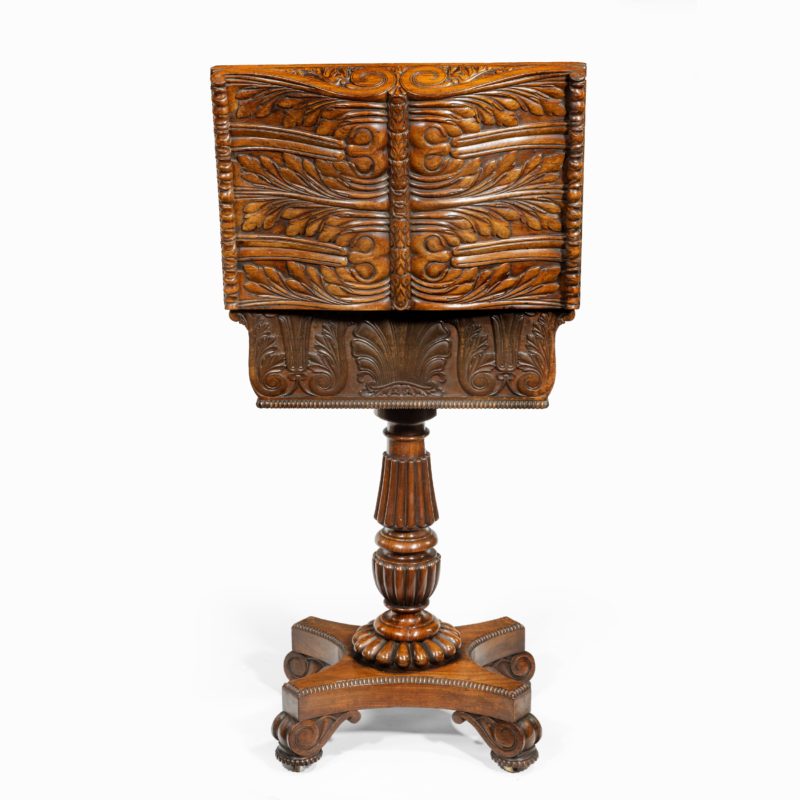 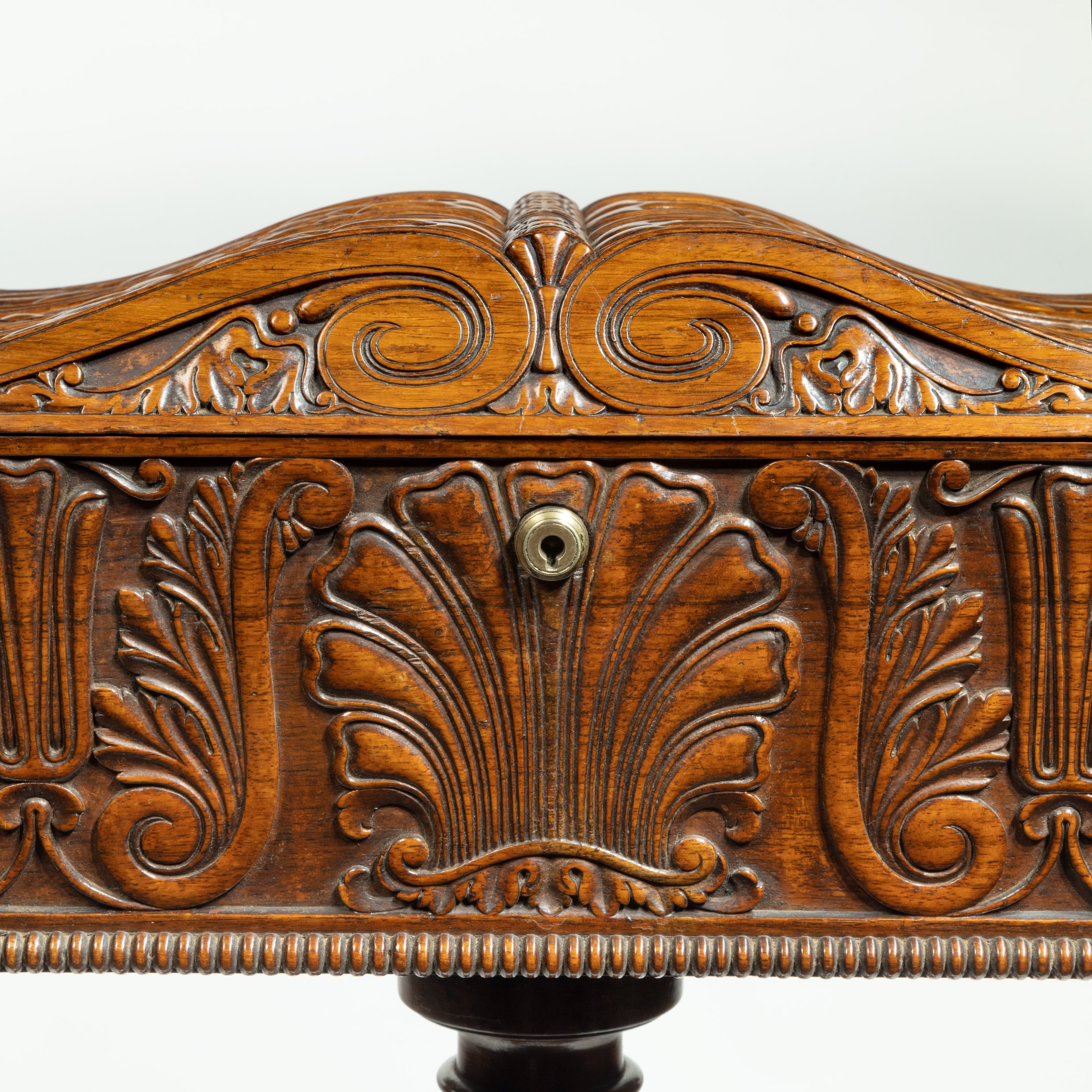 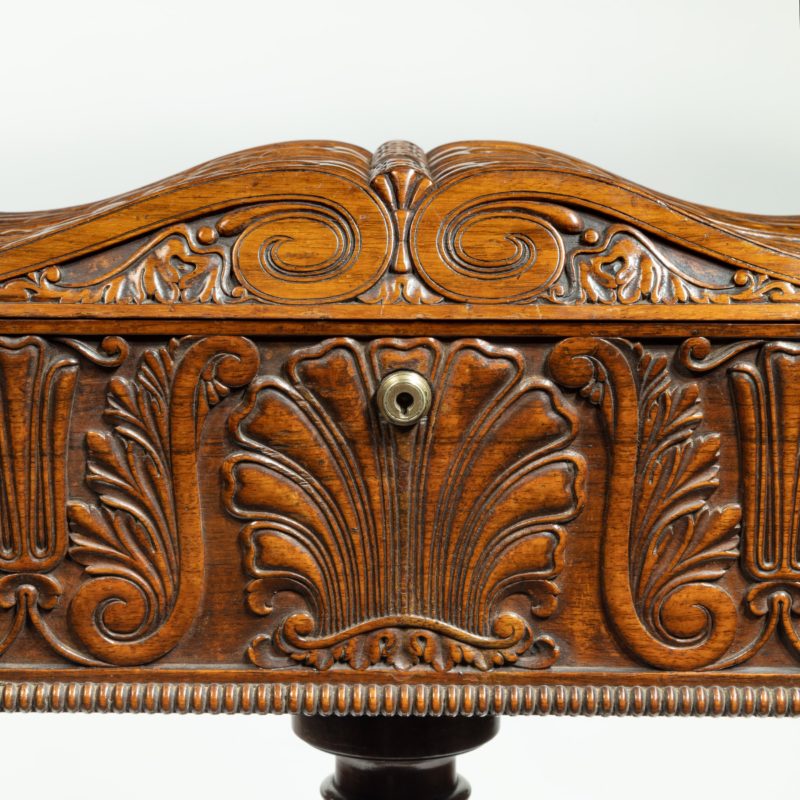 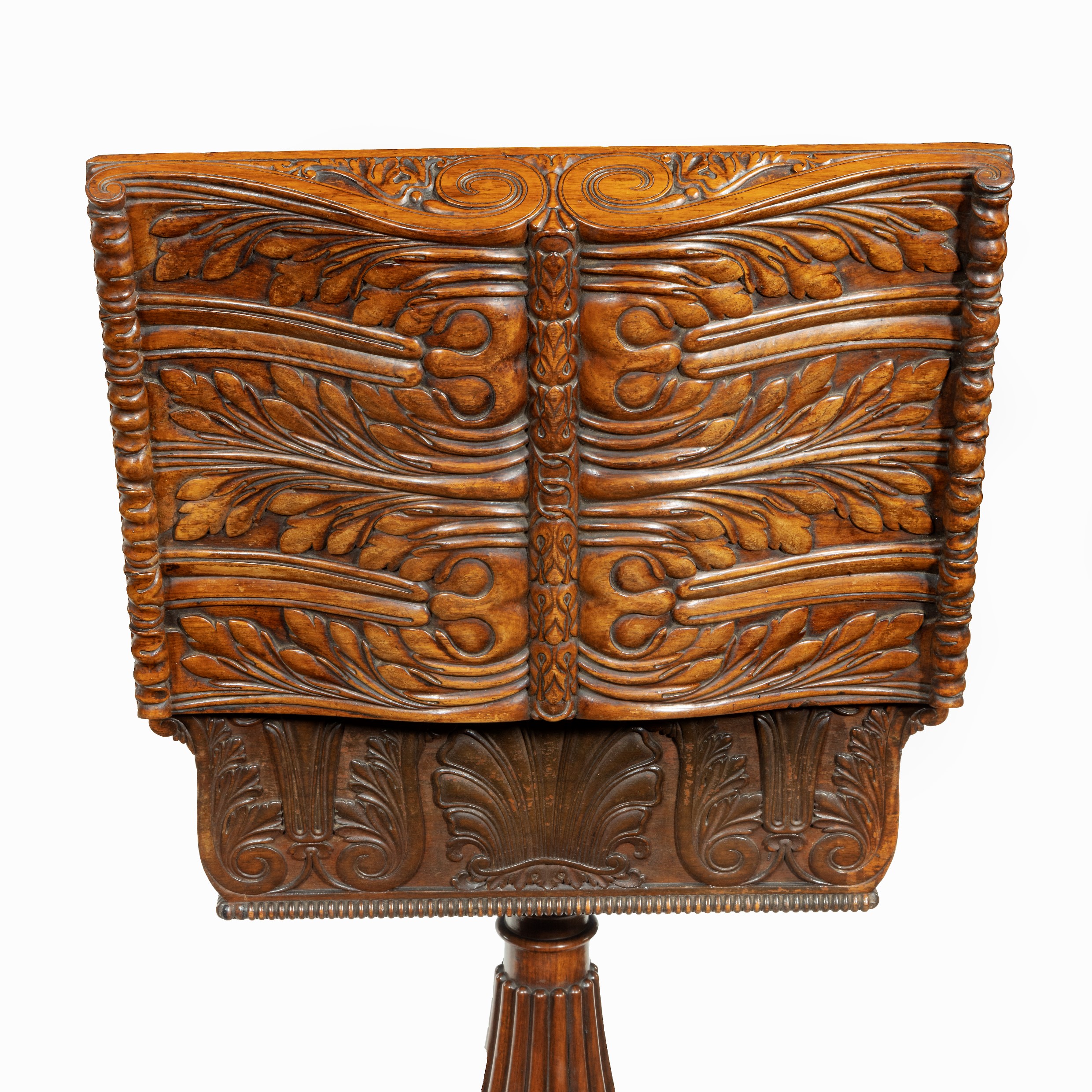 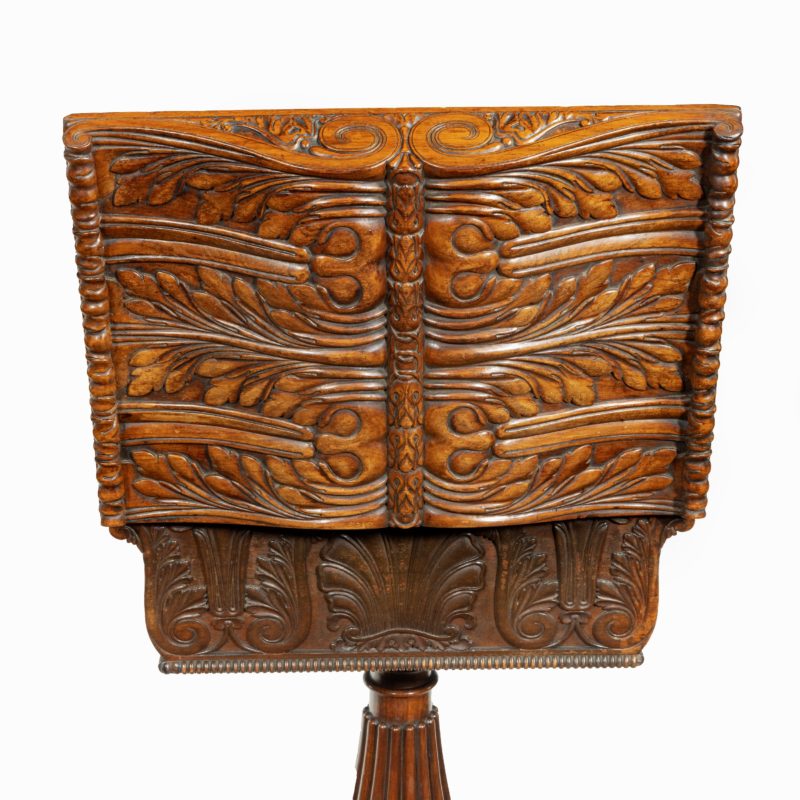 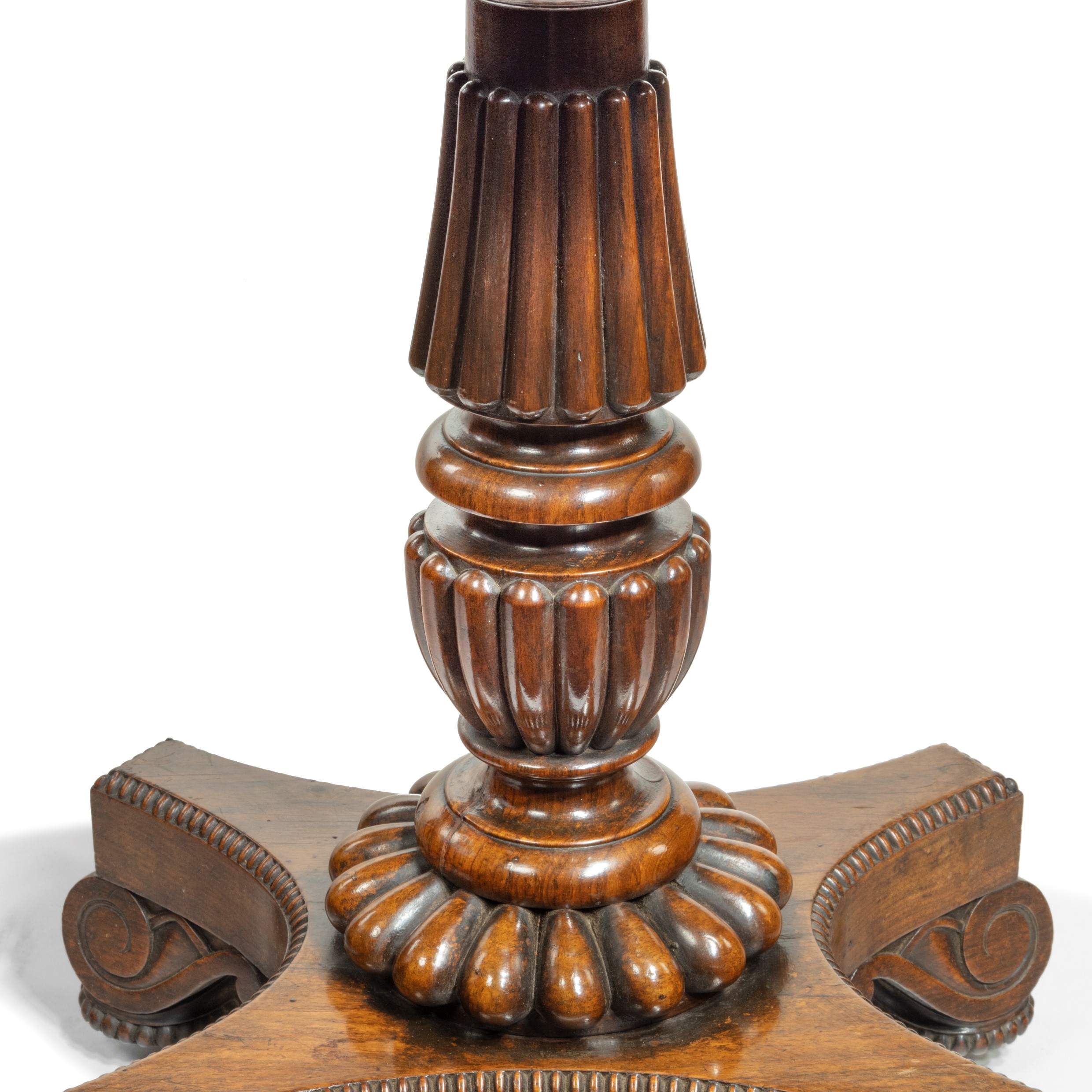 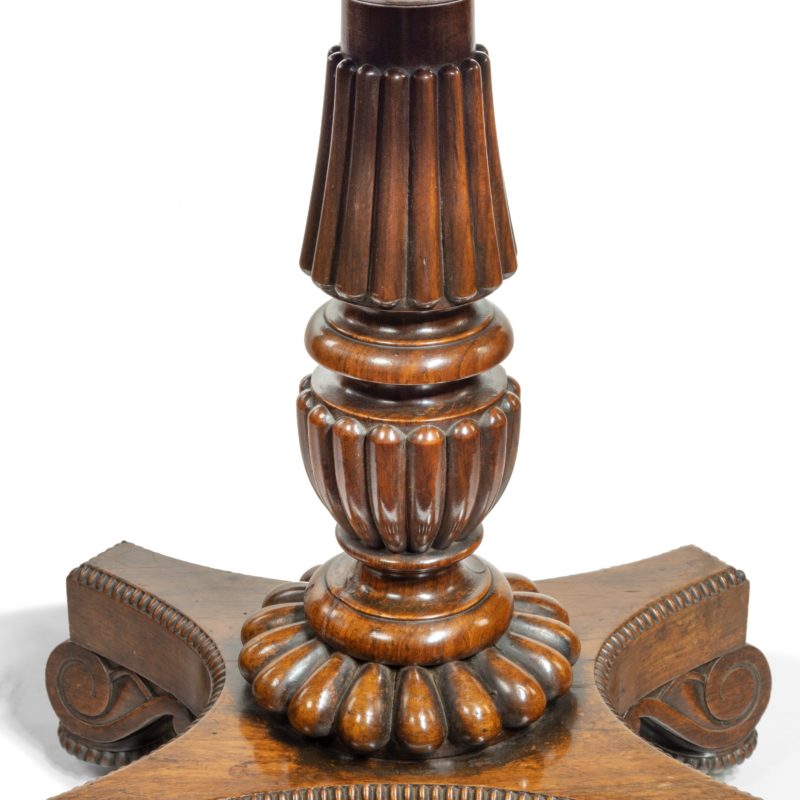 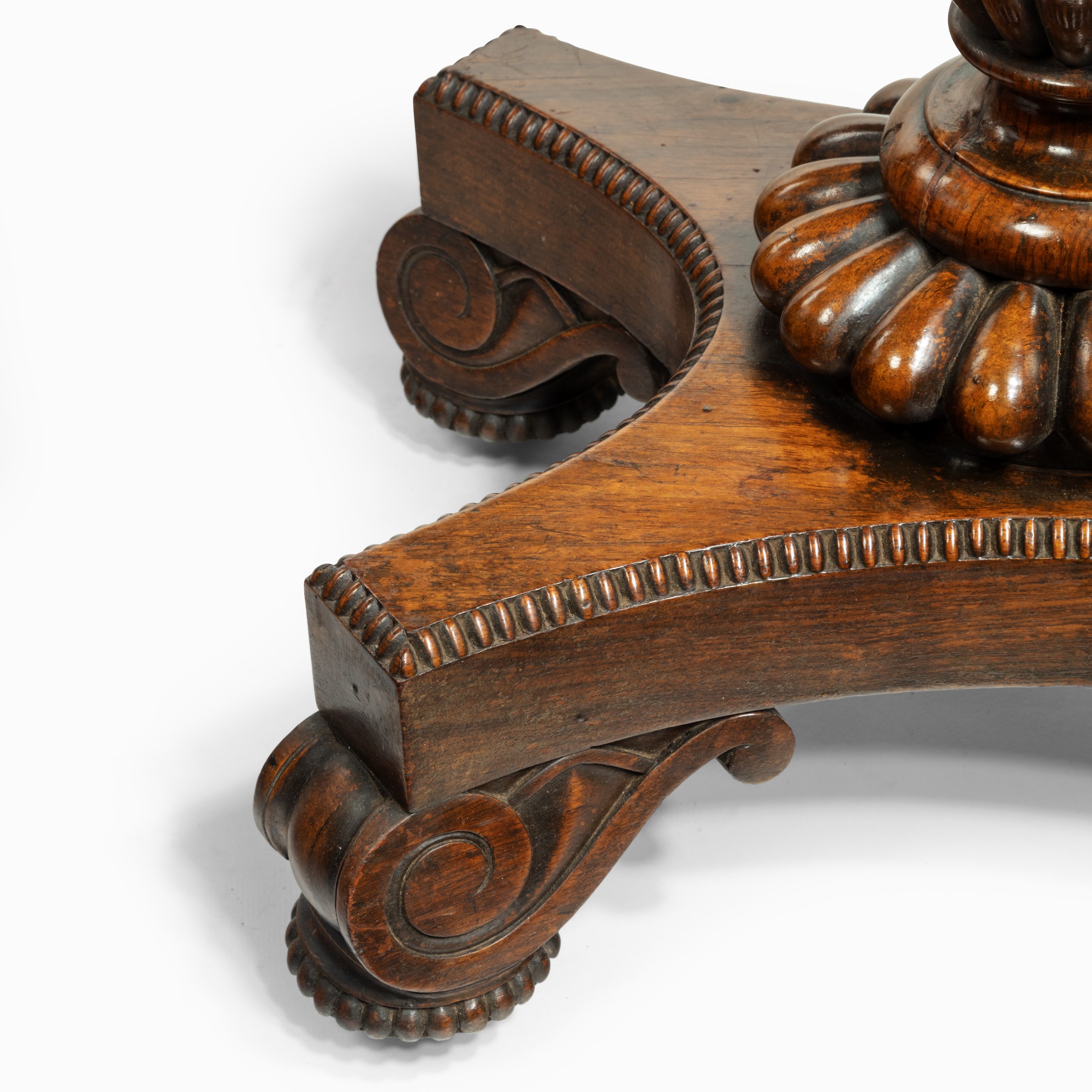 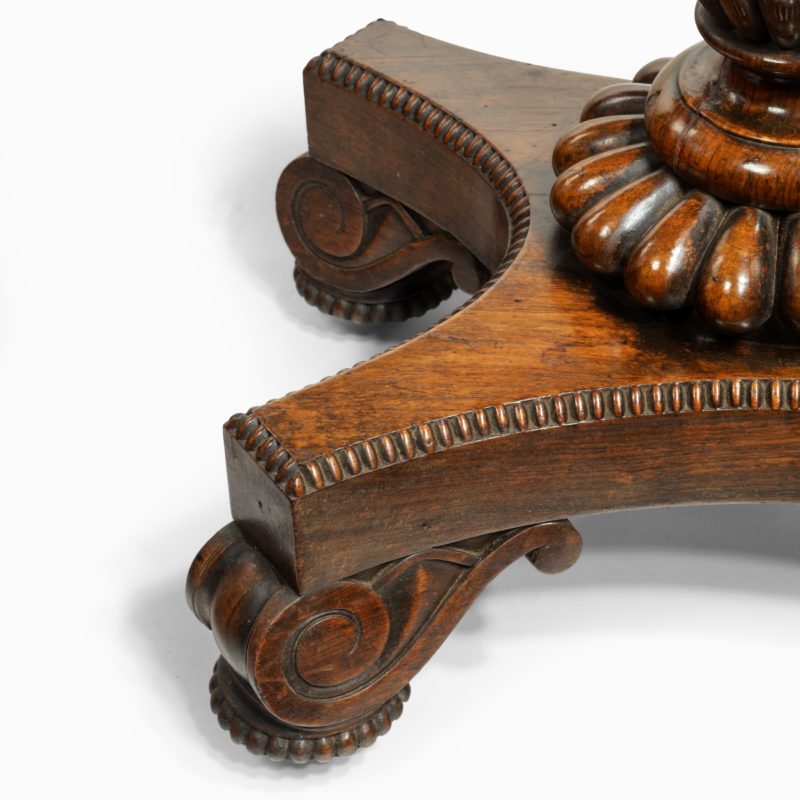 The sarcophagus-shaped top section has a hinged lid and is richly carved throughout in high relief.  The everted sides have fleshy palmettes and paired acanthus leaves, while the top has four pairs of leaves which are joined by a carved rib in the centre and scroll outwards to up-curled edges.  It is raised on a gadrooned and turned pedestal set on a quatrefoil base with reeded bun feet disguising the original castors.  The interior, without fittings, is relined in crushed blue velvet.  English, circa 1835.

Susan Stuart, in Gillows of Lancaster and London 1730-1840, (ibid), p.110, pl.658, (above) illustrates a rosewood teapoy which is stamped Gillows.Lancaster.  This version has a plain box but the pedestal and feet are very similar.

Teapoys were originally delicate tables, with three legs, placed by a lady’s chair for her teacup and saucer.  As tea was extremely expensive in the 18th century, afternoon tea was a novelty amongst only the richest and most fashionable hostesses.  The small containers, or caddies, holding the precious leaves, would be placed in full view of the guests as a status symbol and also carefully locked.  By about 1785, tea prices had begun to fall and those who enjoyed drinking tea purchased their tea leaves in larger and larger quantities, thus driving the need for larger containers in which to store them.  Around 1810, the tea caddy and the teapoy were merged into a single unit.  Thus was born a piece of furniture which was functional, but also so elegant, that it could remain in the drawing room at all times and rapidly became de rigueur in the best homes.