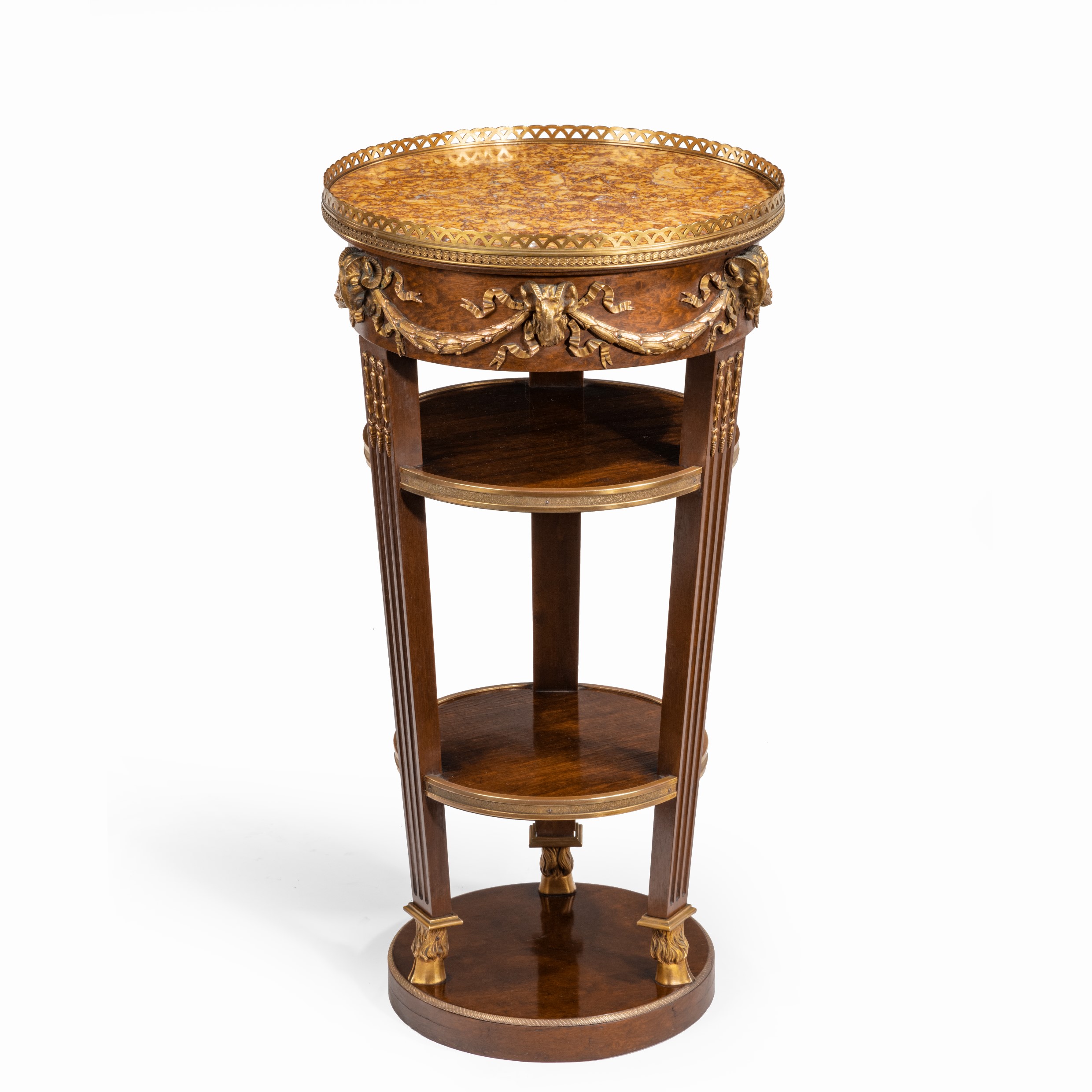 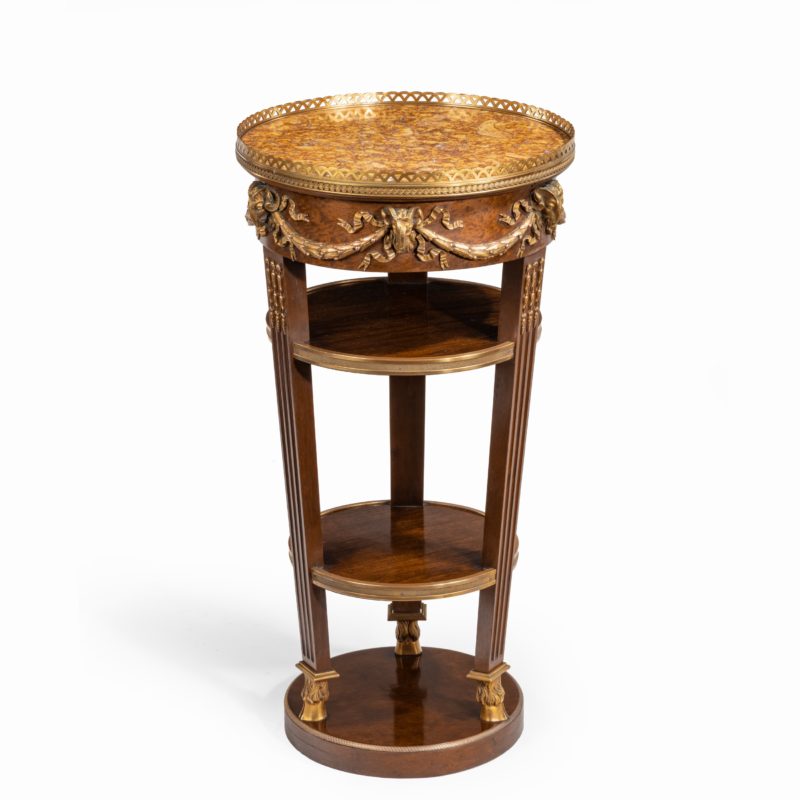 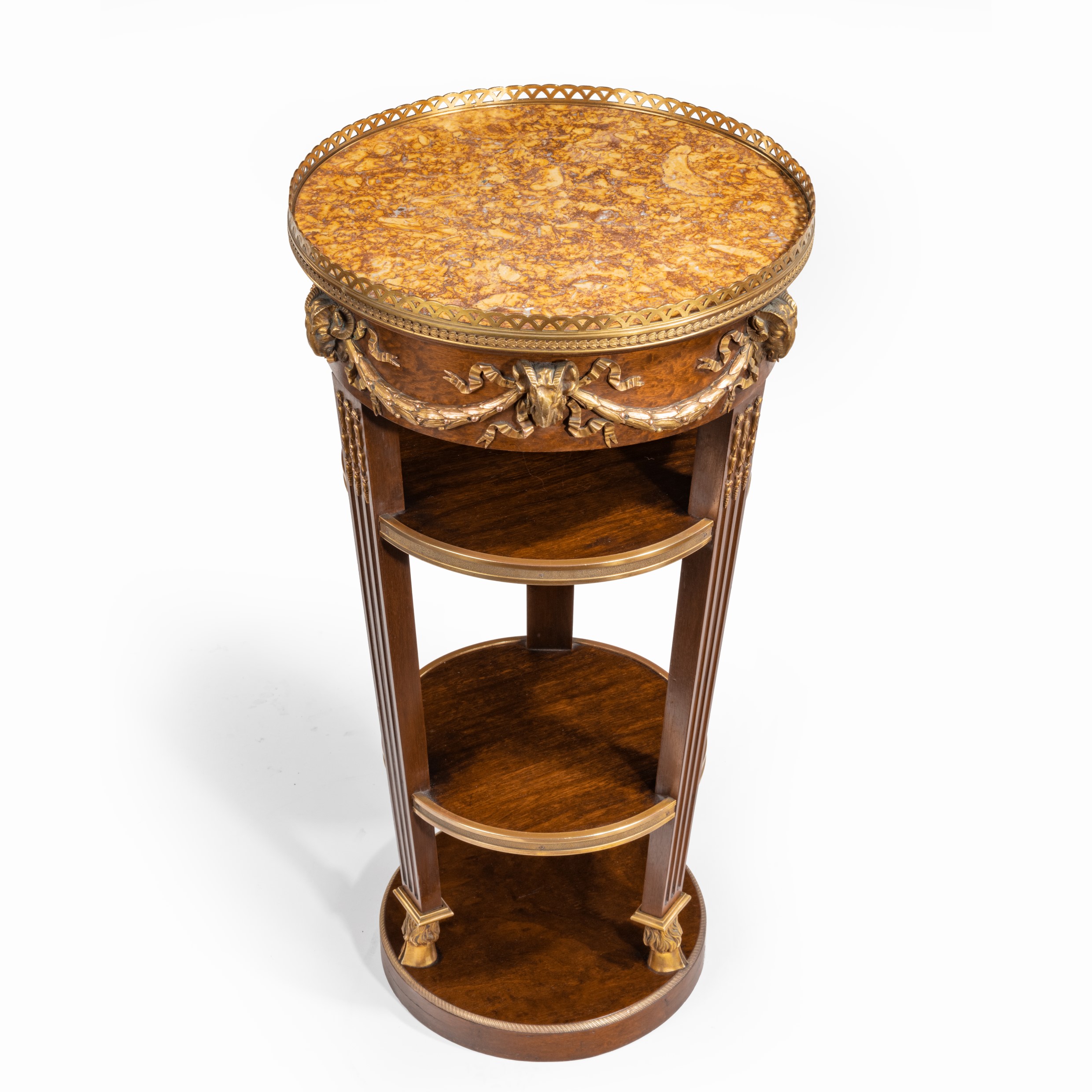 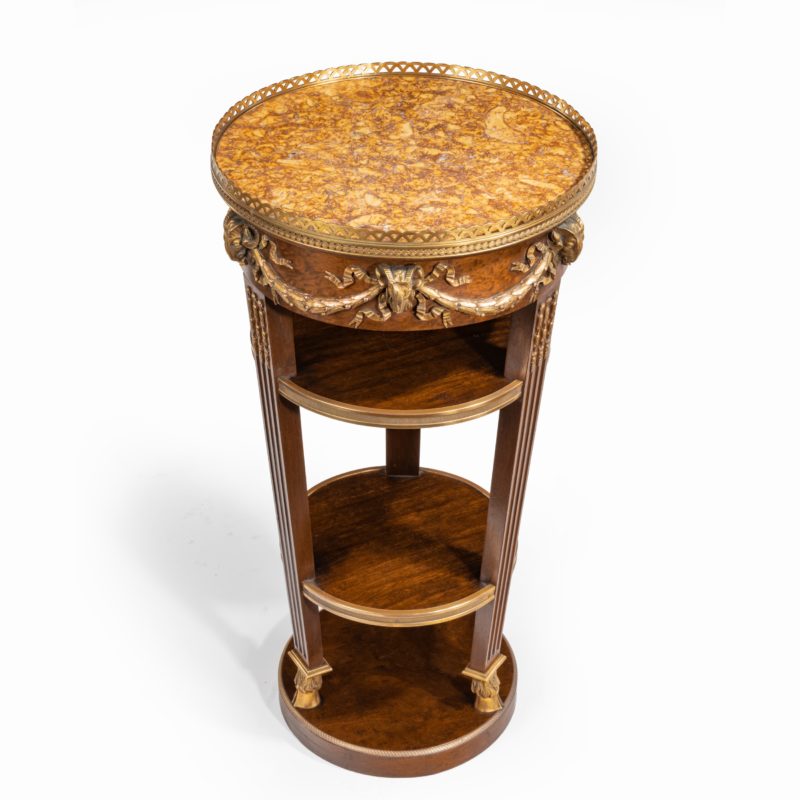 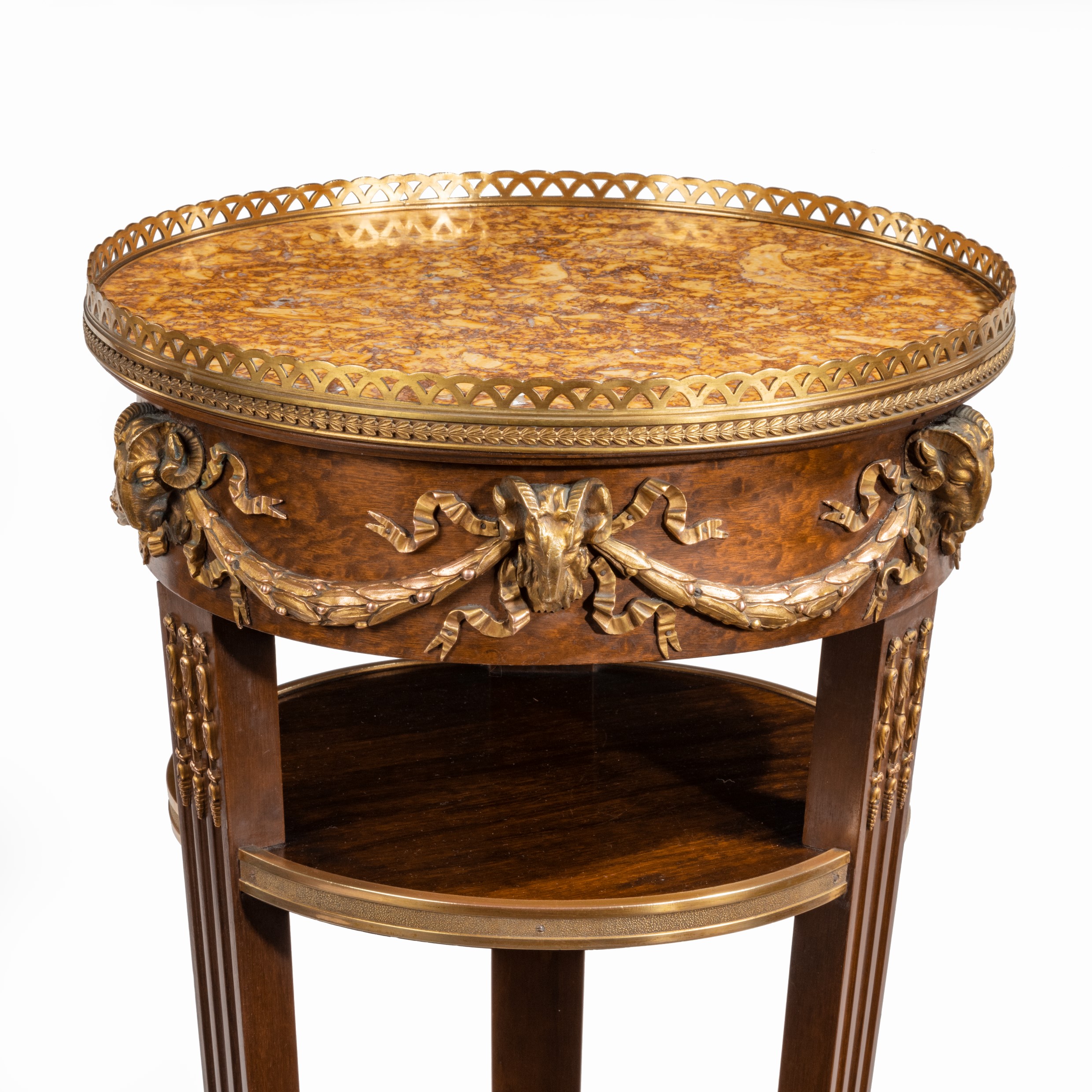 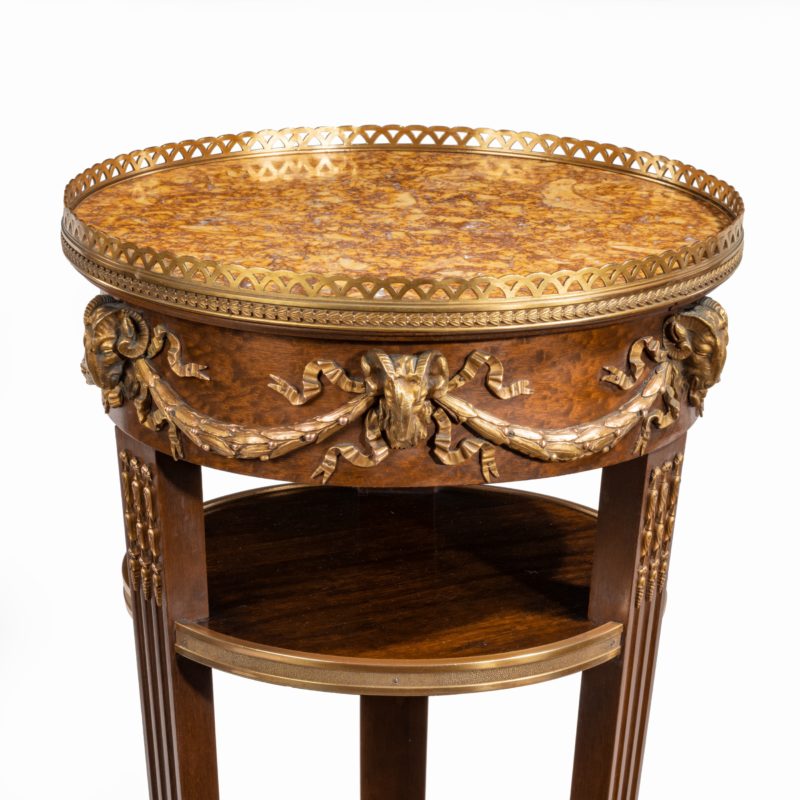 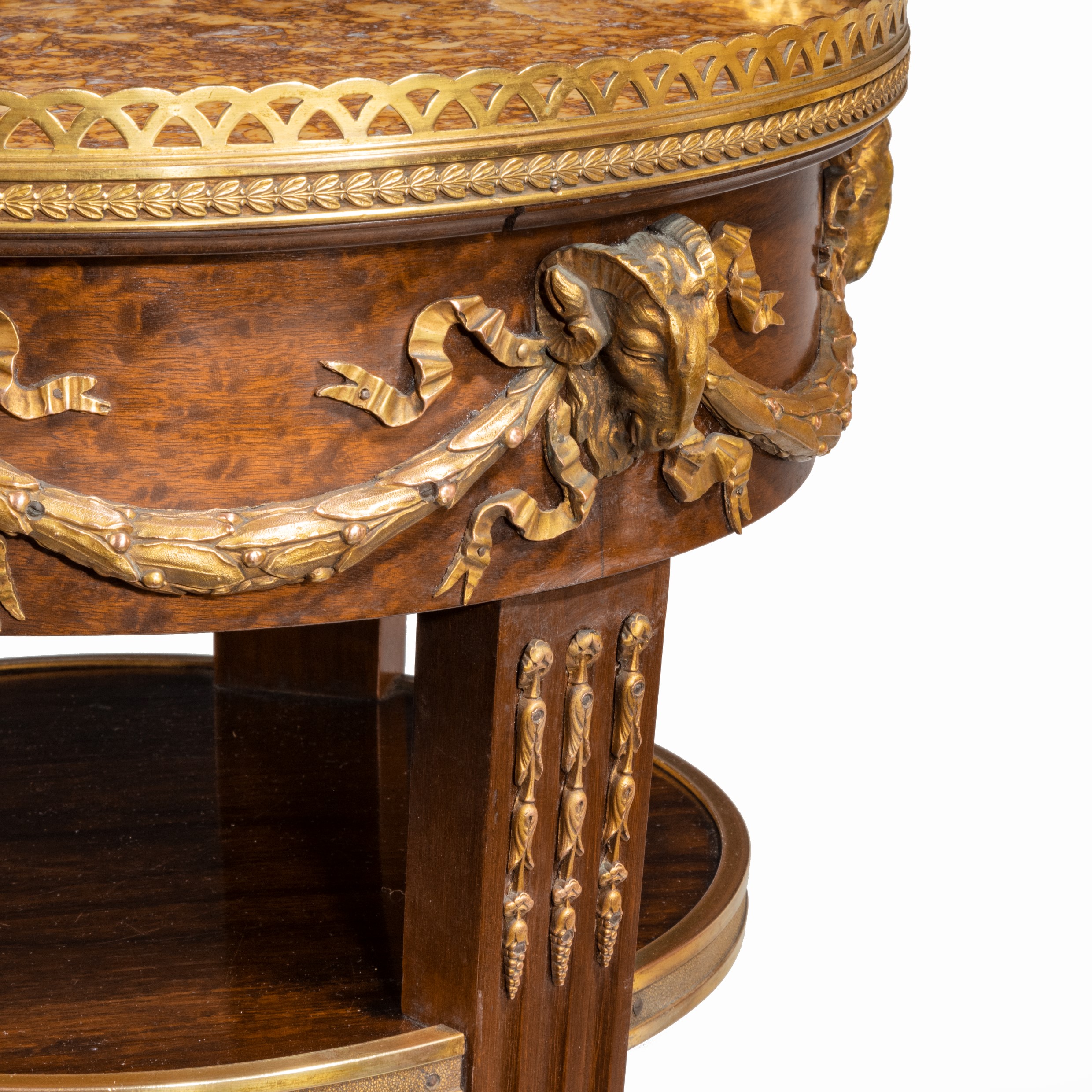 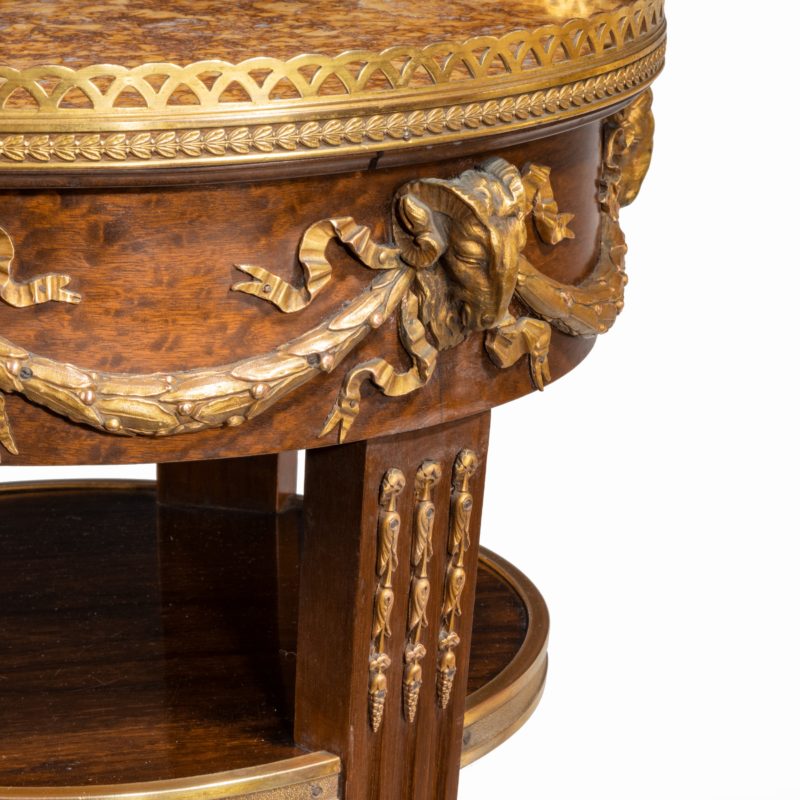 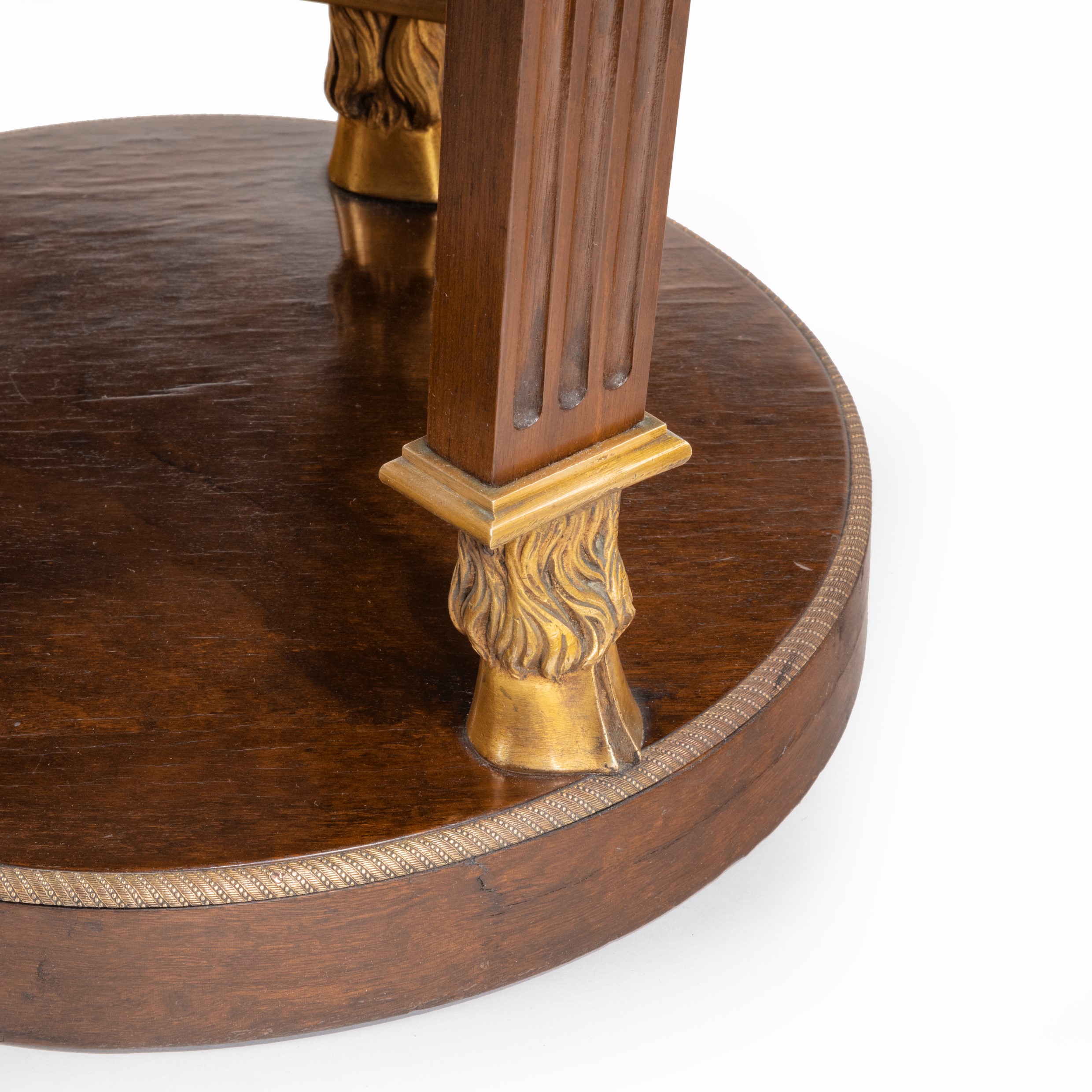 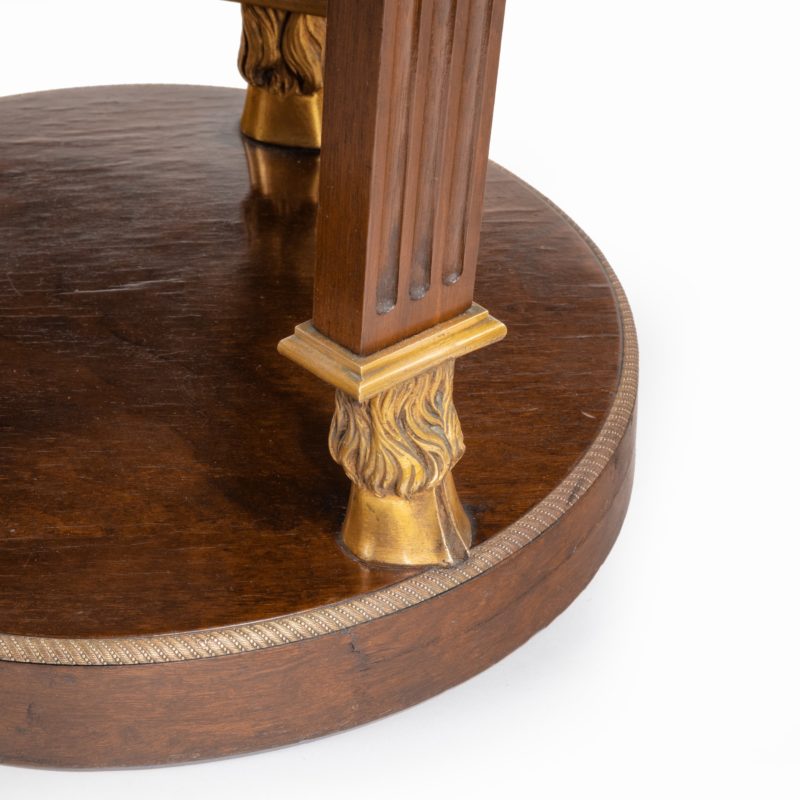 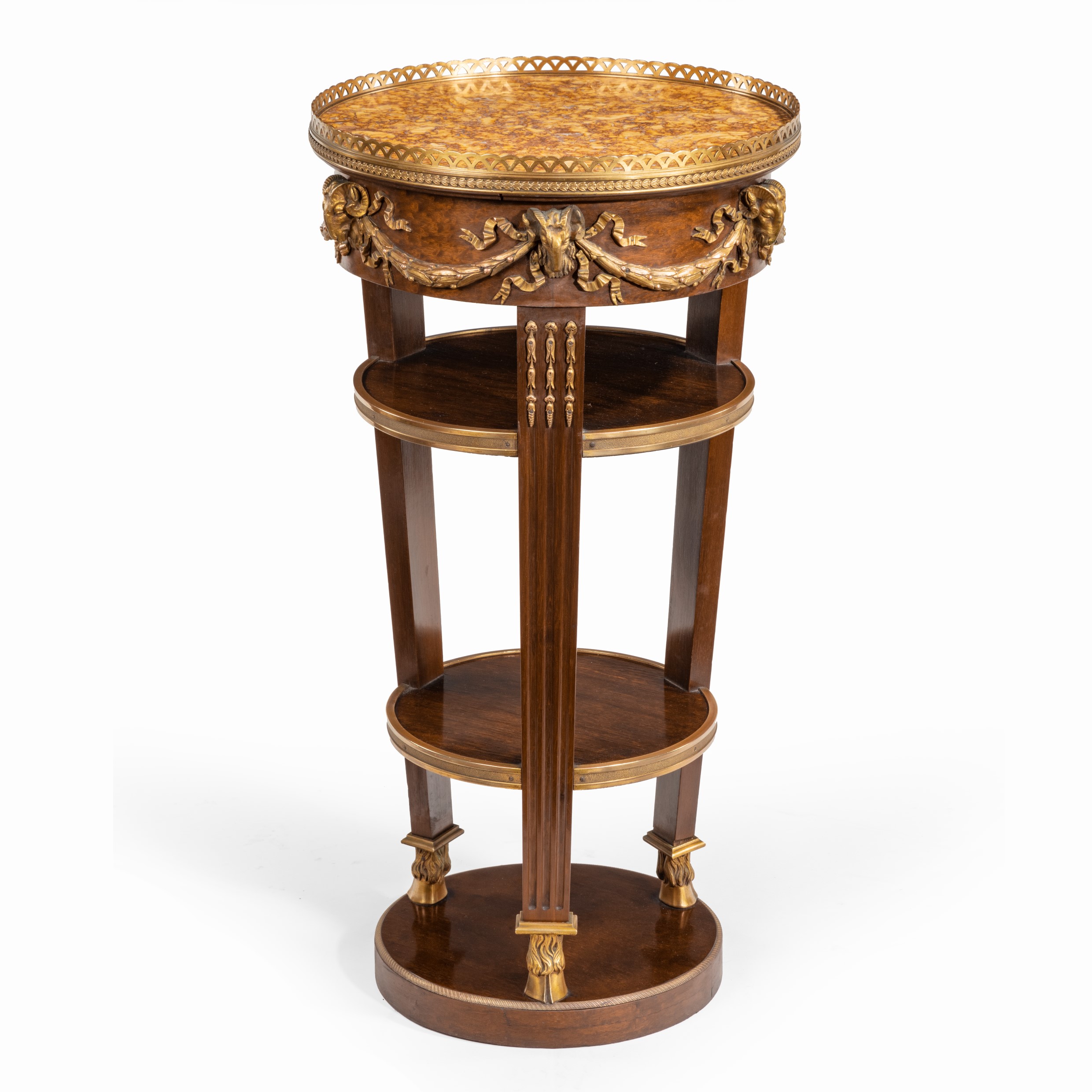 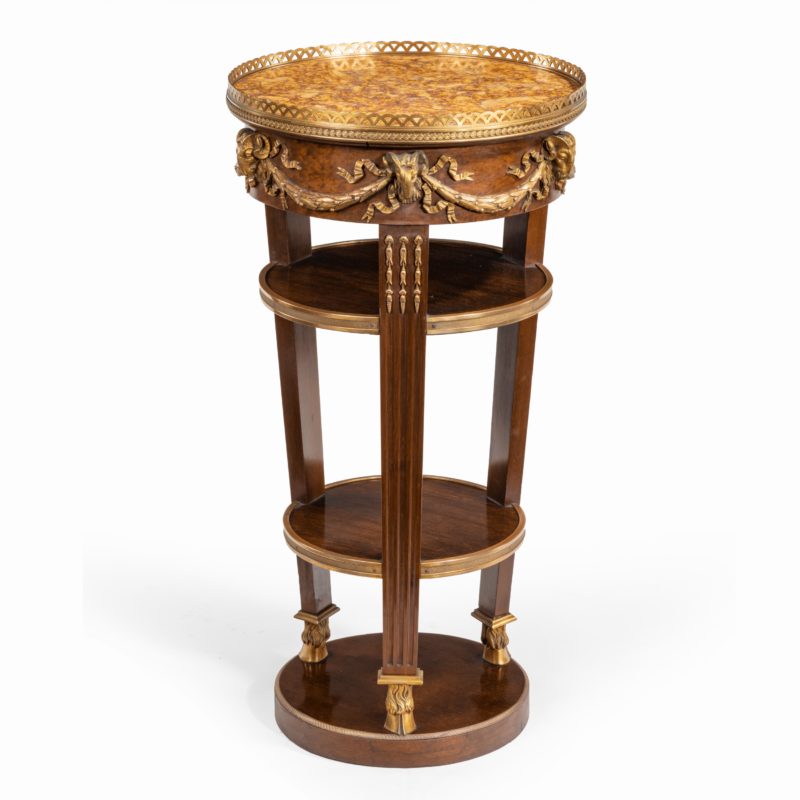 A circular mahogany gueridon in manner of Zwiener

A circular mahogany gueridon in manner of Zwiener, of tapering cylindrical form with two shelves, the circular top with a yellow marble top and ormolu gallery, applied ormolu edges and mounts of rams’ heads strung with swags and raised on three stop-fluted tapering legs terminating in rams’ feet sabots.  French, 1885.

Footnote: Joseph-Emmanuel Zwiener (1849-1895) was a preeminent cabinetmaker (ébéniste) of German descent, who became one of the most famous furniture makers in late 19th Century Europe.  He quickly earnt a reputation for producing exceptionally fine furniture, and his pieces were acquired by a host of 19th Century European aristocrats and royals including King Ludwig II of Bavaria and the German Emperor Wilhelm II. In collaboration with the talented French sculptor Leon Messagé, Zwiener won a coveted Gold Medal for his stand at the 1889 Exposition Universelle in Paris.  Zwiener’s Parisian workshop was taken over by the famous ébéniste, François Linke in 1895.