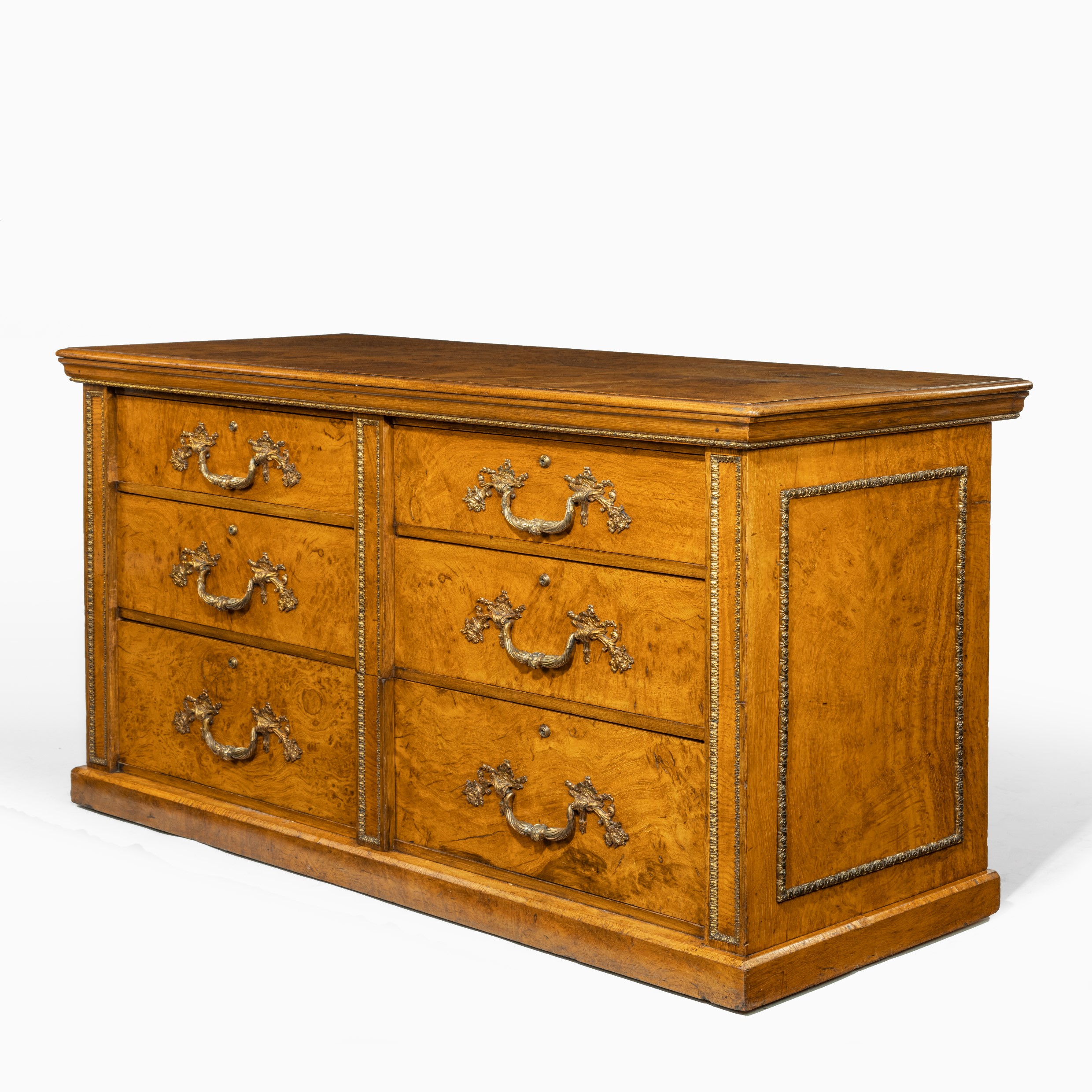 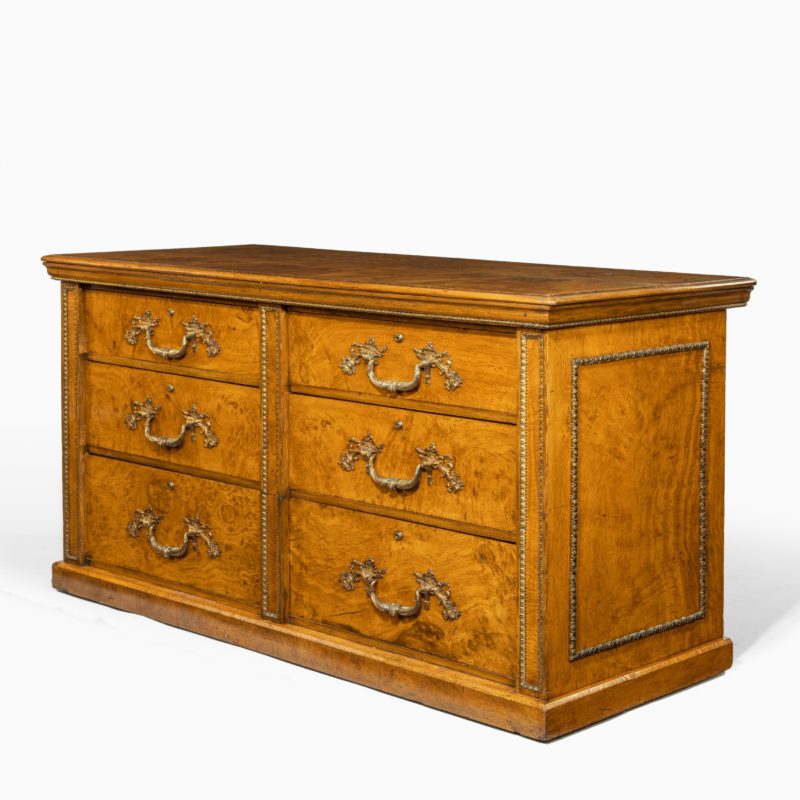 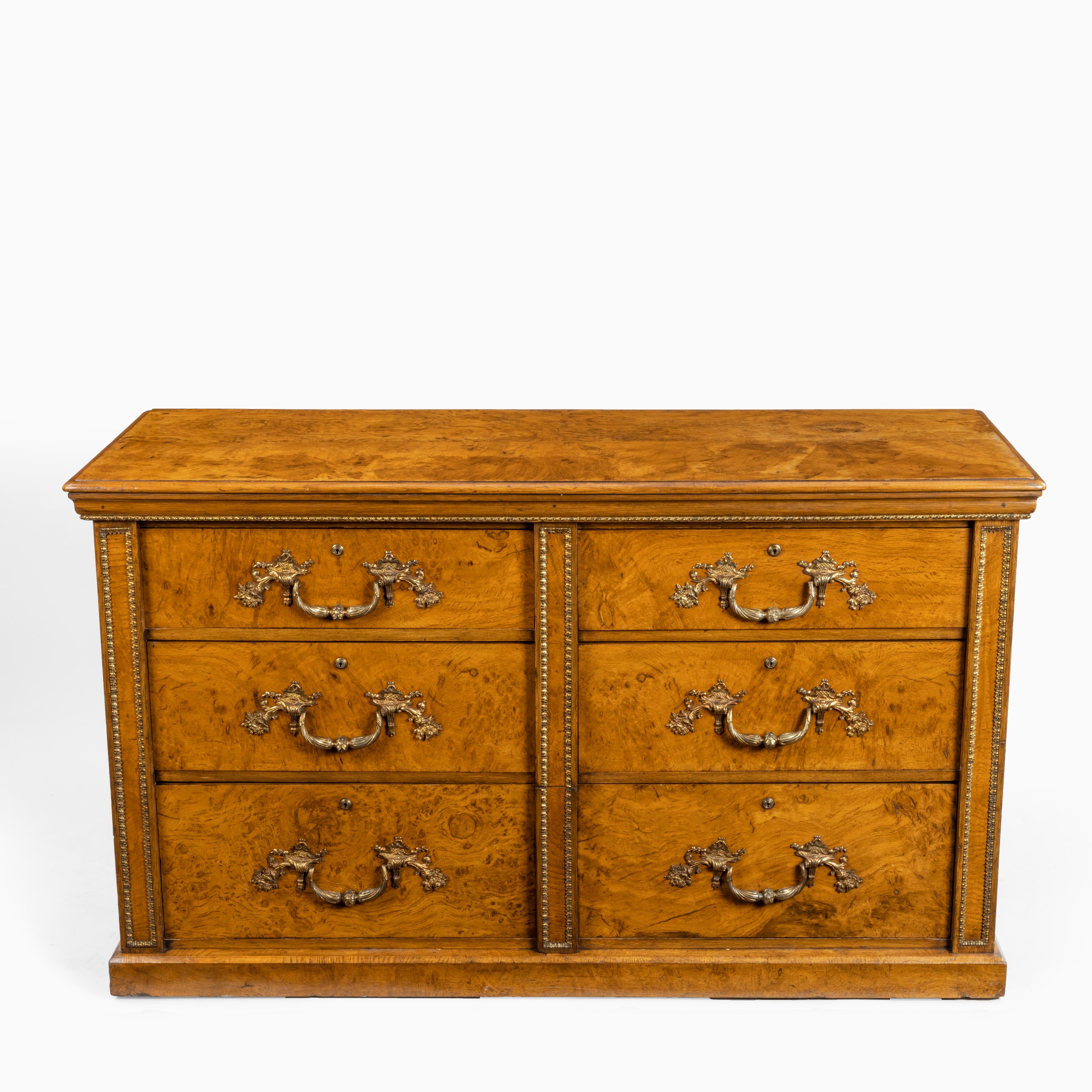 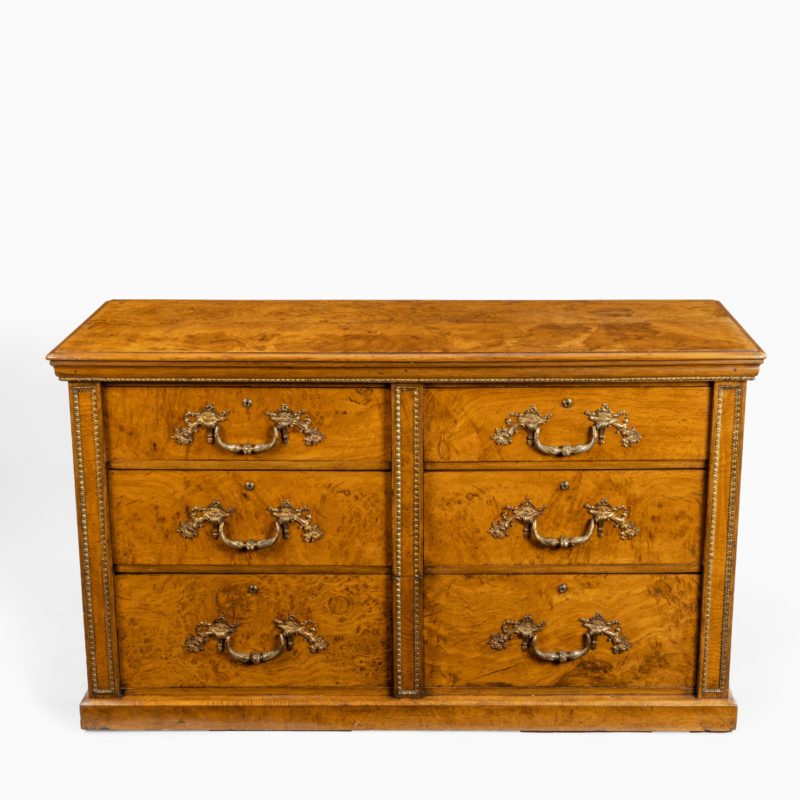 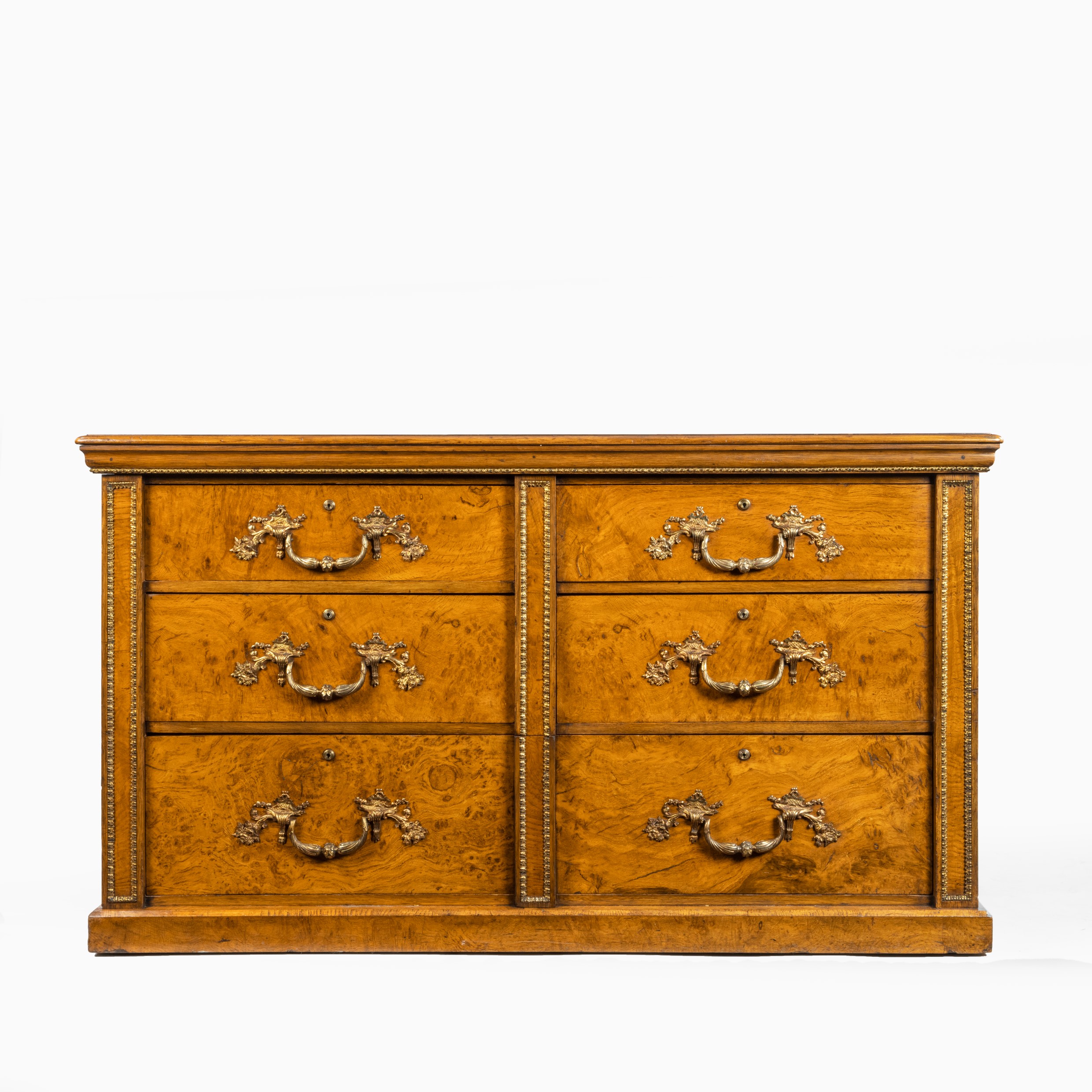 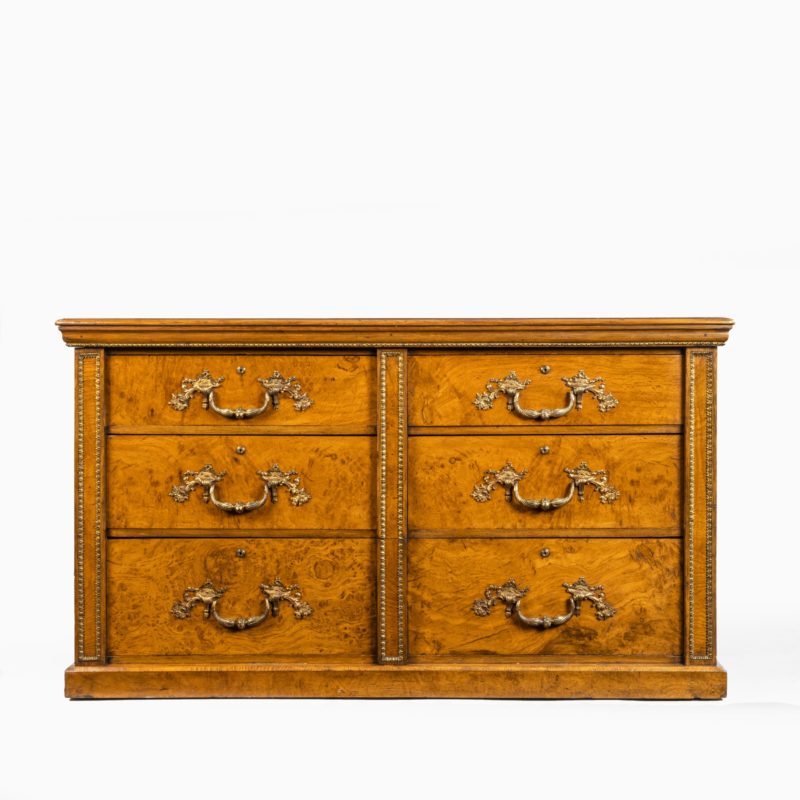 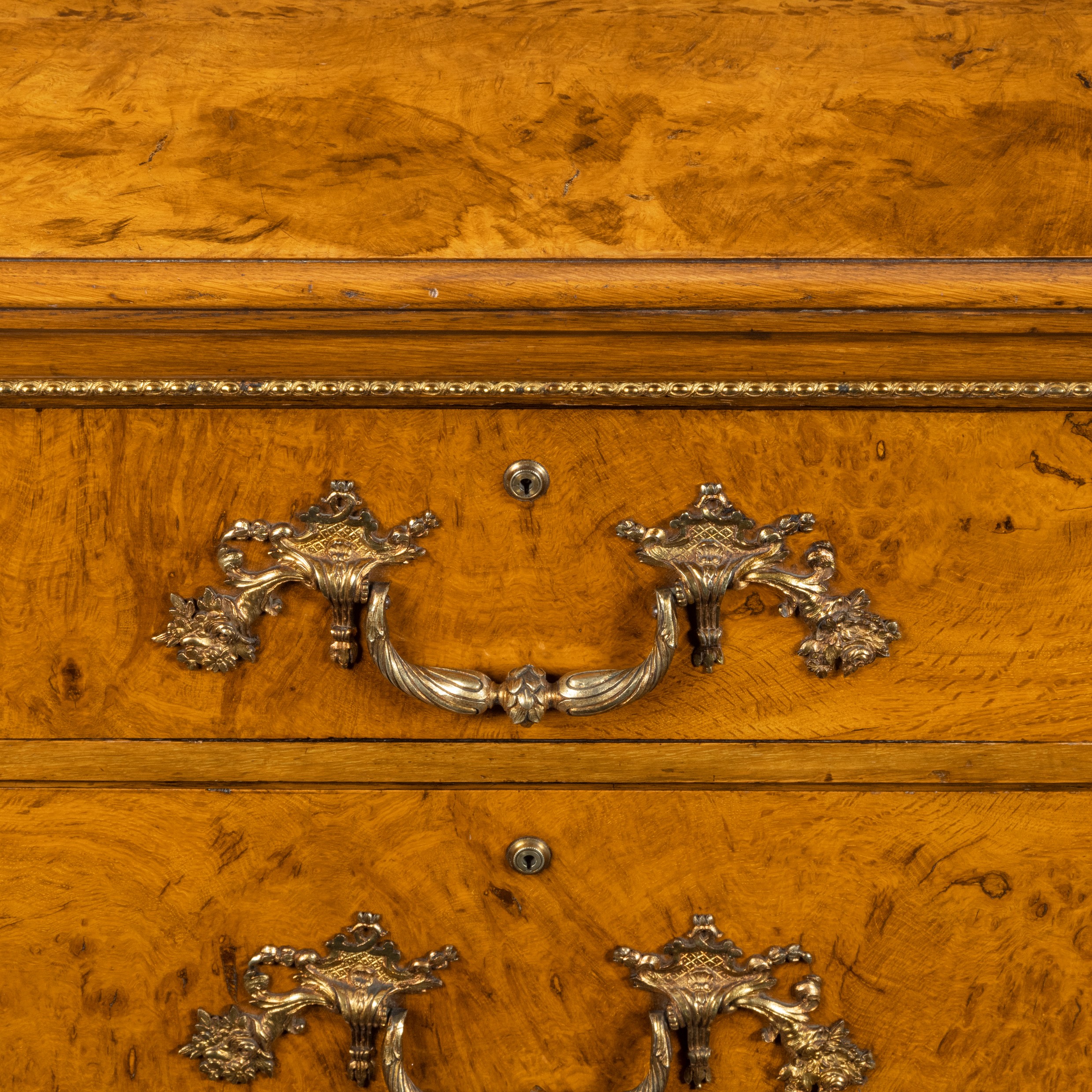 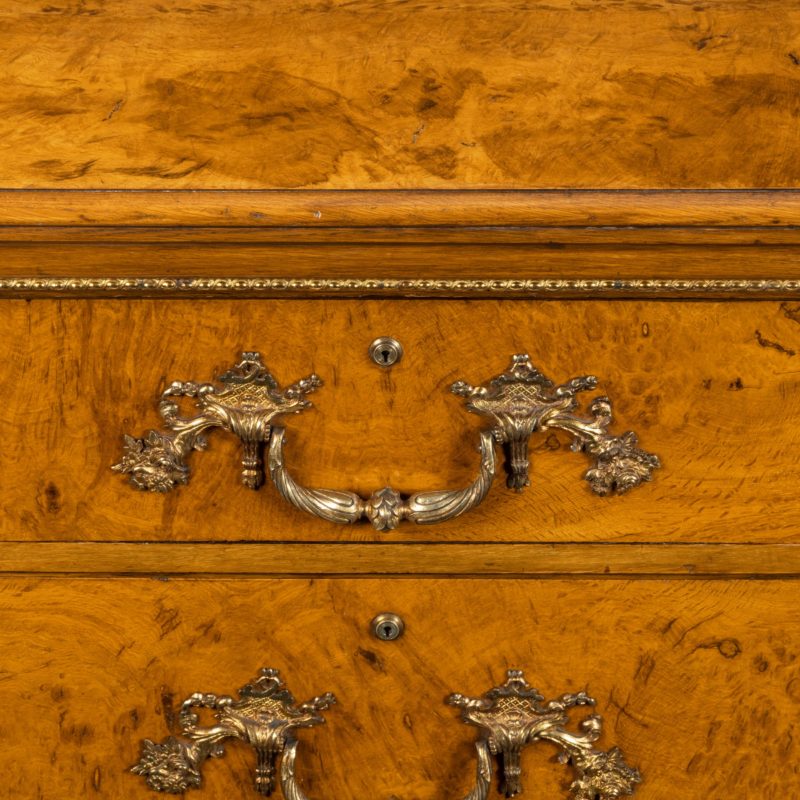 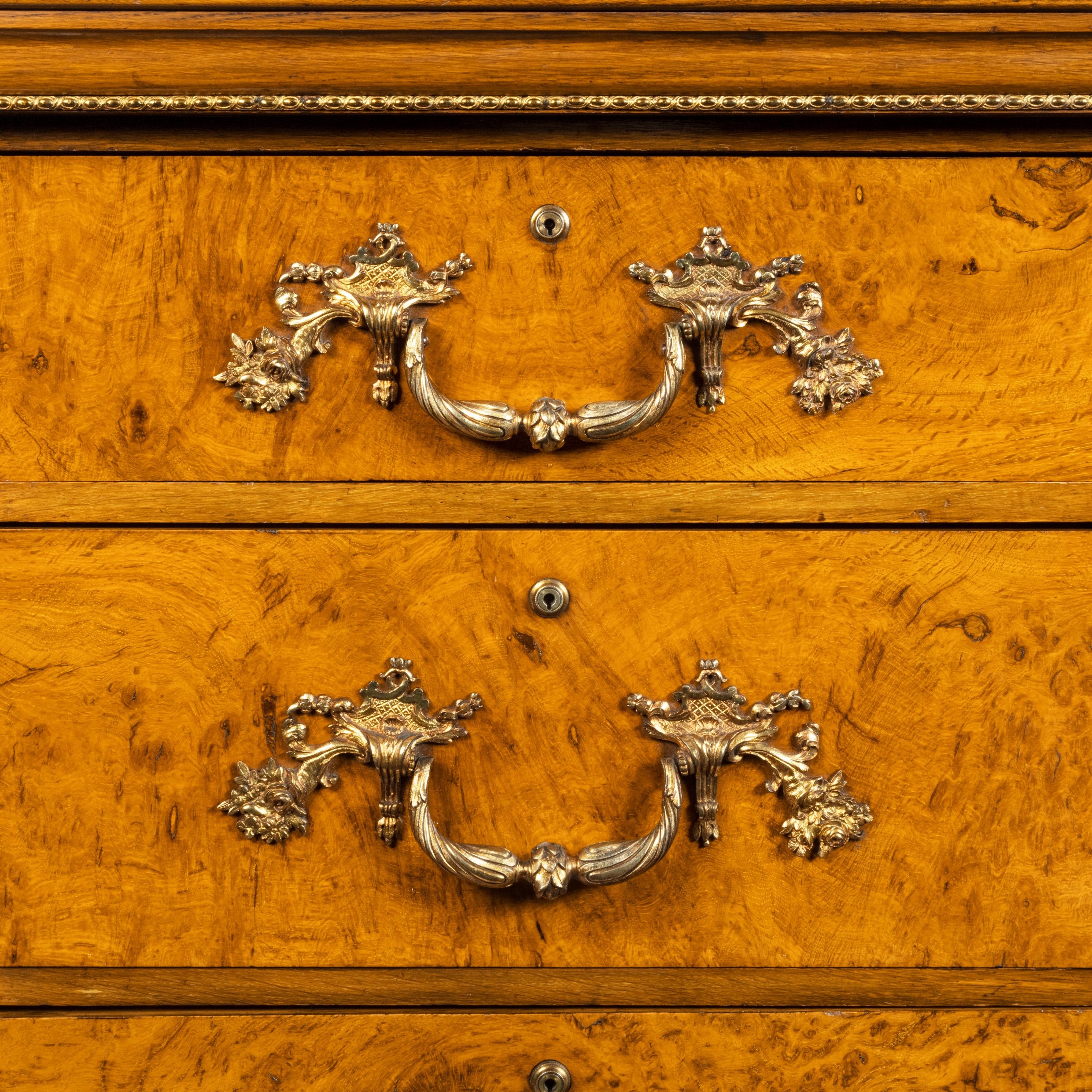 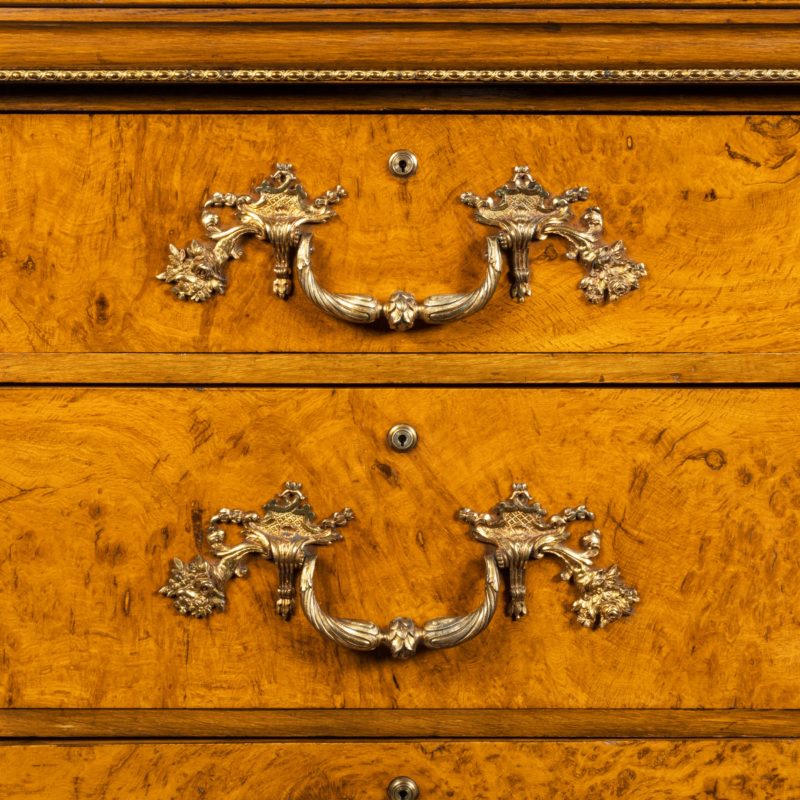 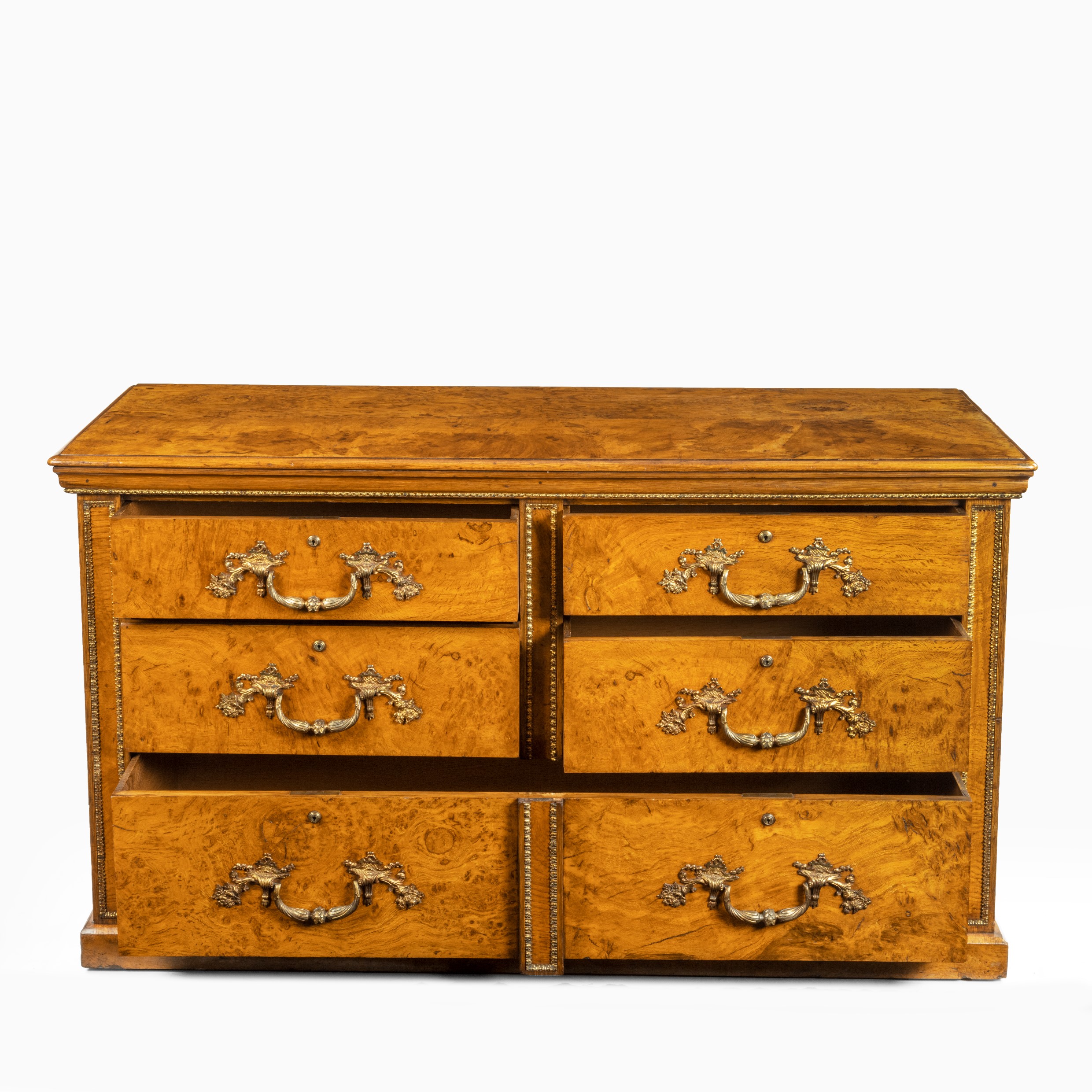 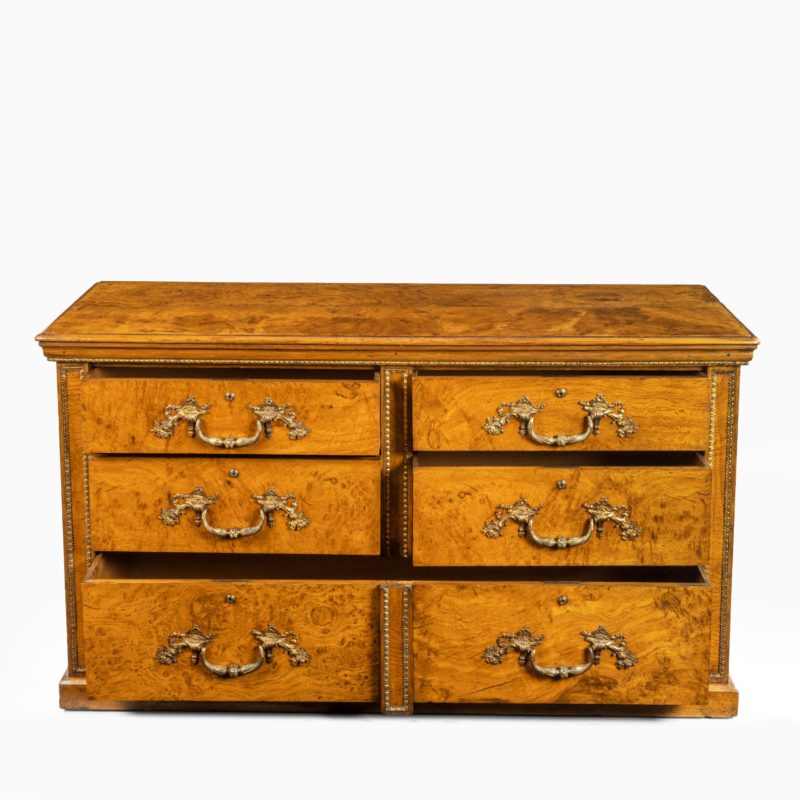 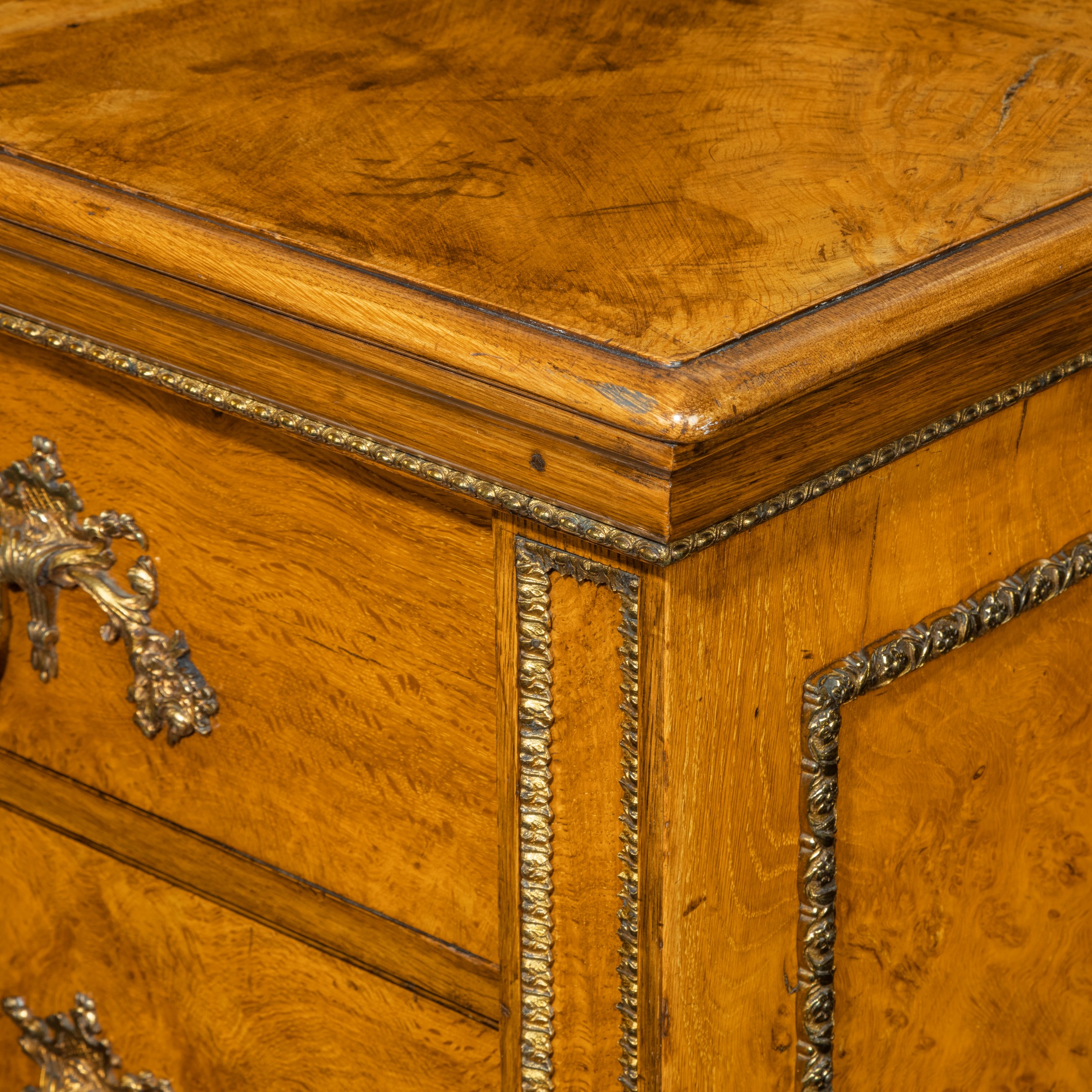 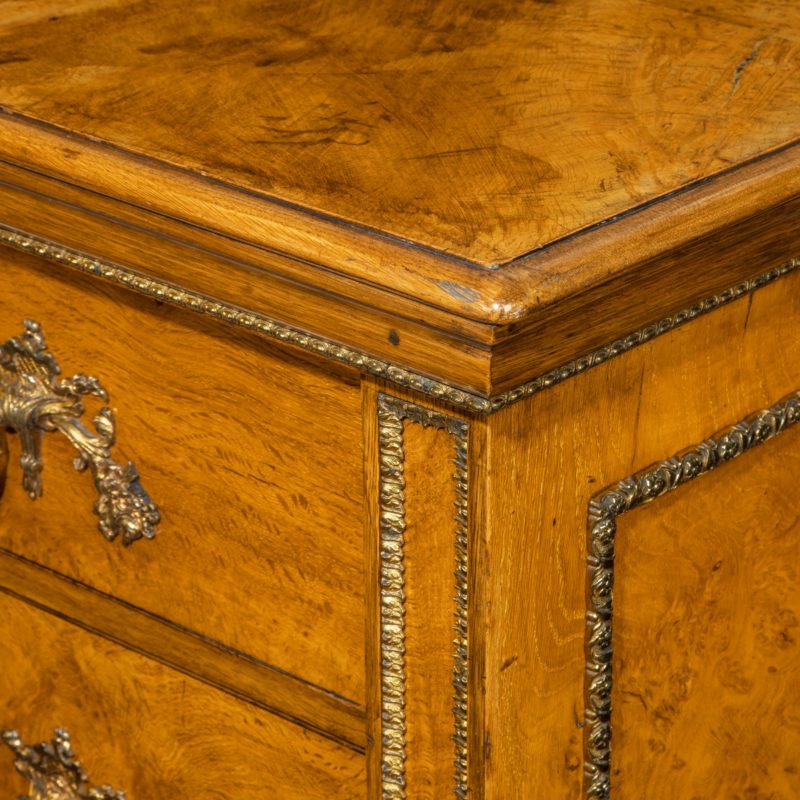 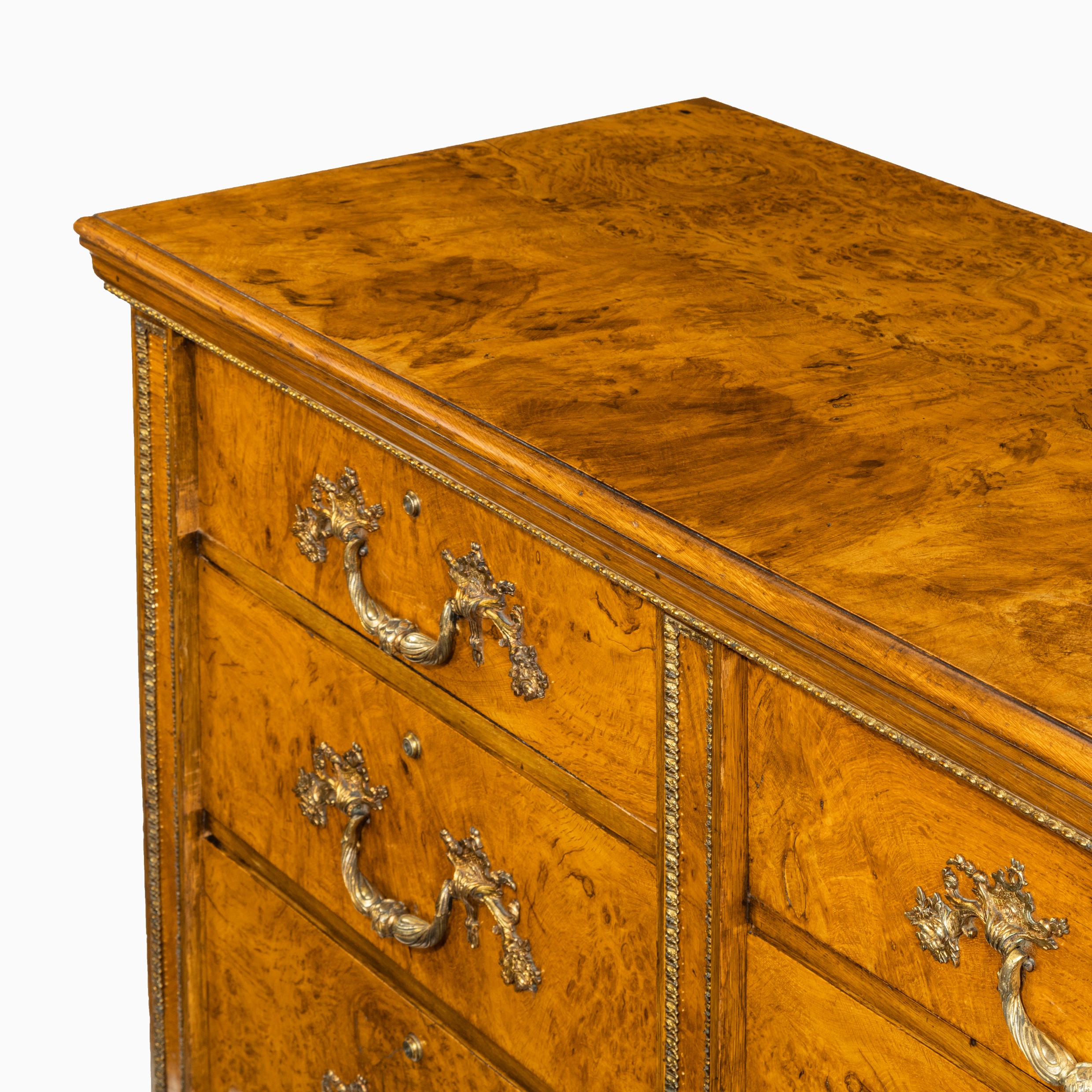 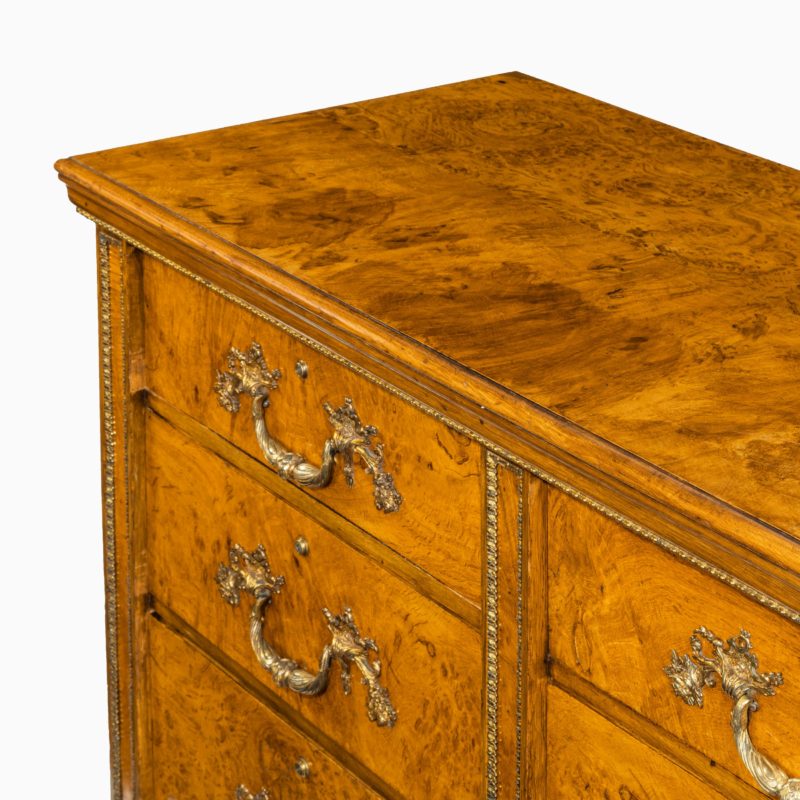 A fine George IV burr oak chest of drawers in the manner of Morel and Seddon, of rectangular form with three tiers comprising four short and one disguised long drawer, on a plinth base, decorated with ormolu edging and the original rococo handles.  English, circa 1825.

Nicholas Morel and George Seddon.  Seddon (1796-1857) was the grandson of George Seddon of Aldersgate Street (the largest furniture manufacturer of the 18th century).  Nicholas Morel was of French extraction and a protégé of the architect Henry Holland and the marchand-mercier Dominique Daguerre.  Under Holland’s direction he worked on the decoration of Carlton House, official London residence of the Prince of Wales.  In 1827 Seddon and Morel formed a partnership to undertake the refurbishment of Windsor Castle for King George IV, with an enormous budget at that time of £200,000.